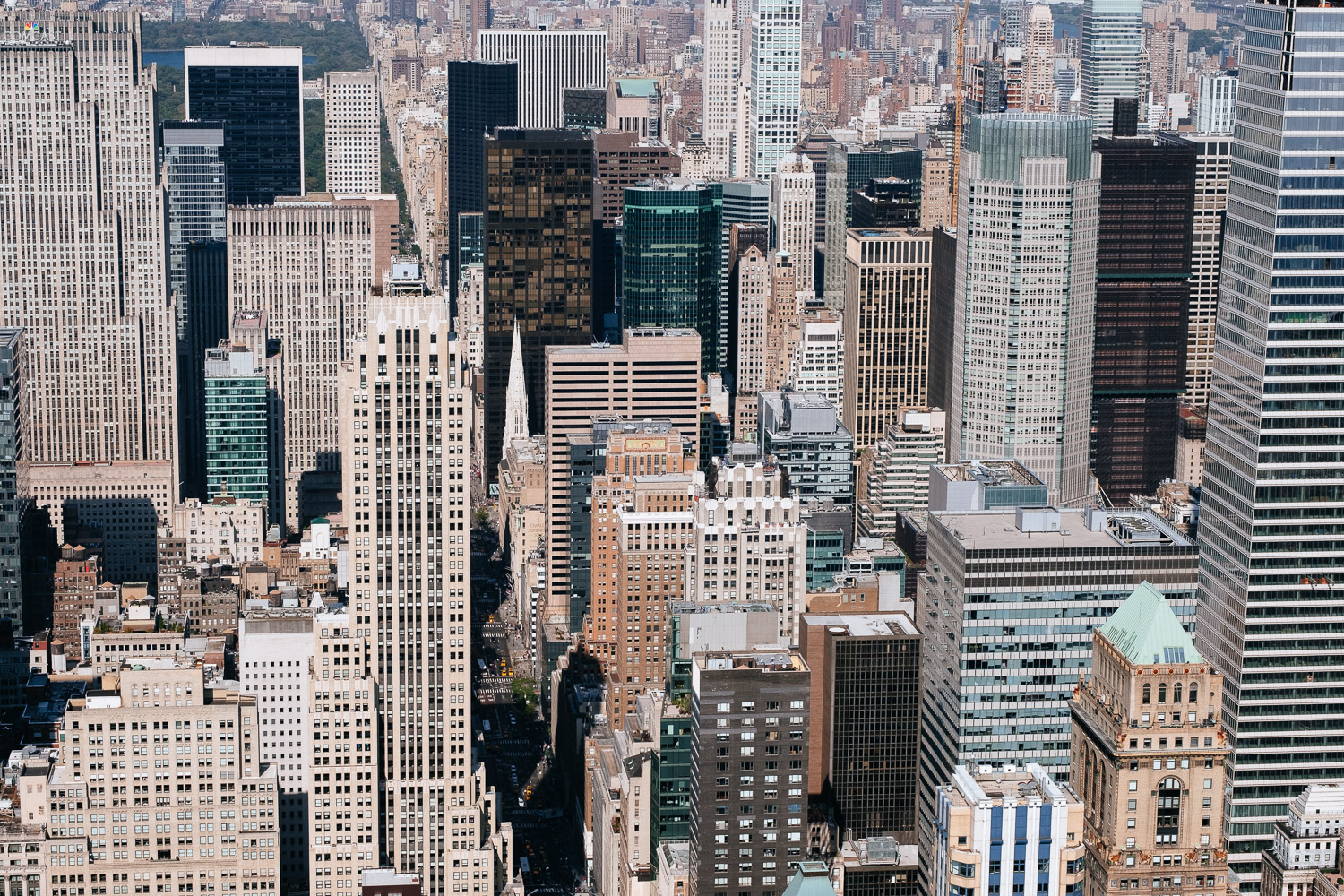 New York is a city that I knew from literally hundreds of movies before I came here for the first time and almost the same is true for the Empire State Building.

So I was eager to find out how it would feel to finally stand on top of it.

I stood on high buildings before many times because we always want to look down from those high viewpoints. One attraction of course is the height and the different perspective that it offers but of course most important is still the view. And this one is great: it’s New York City! 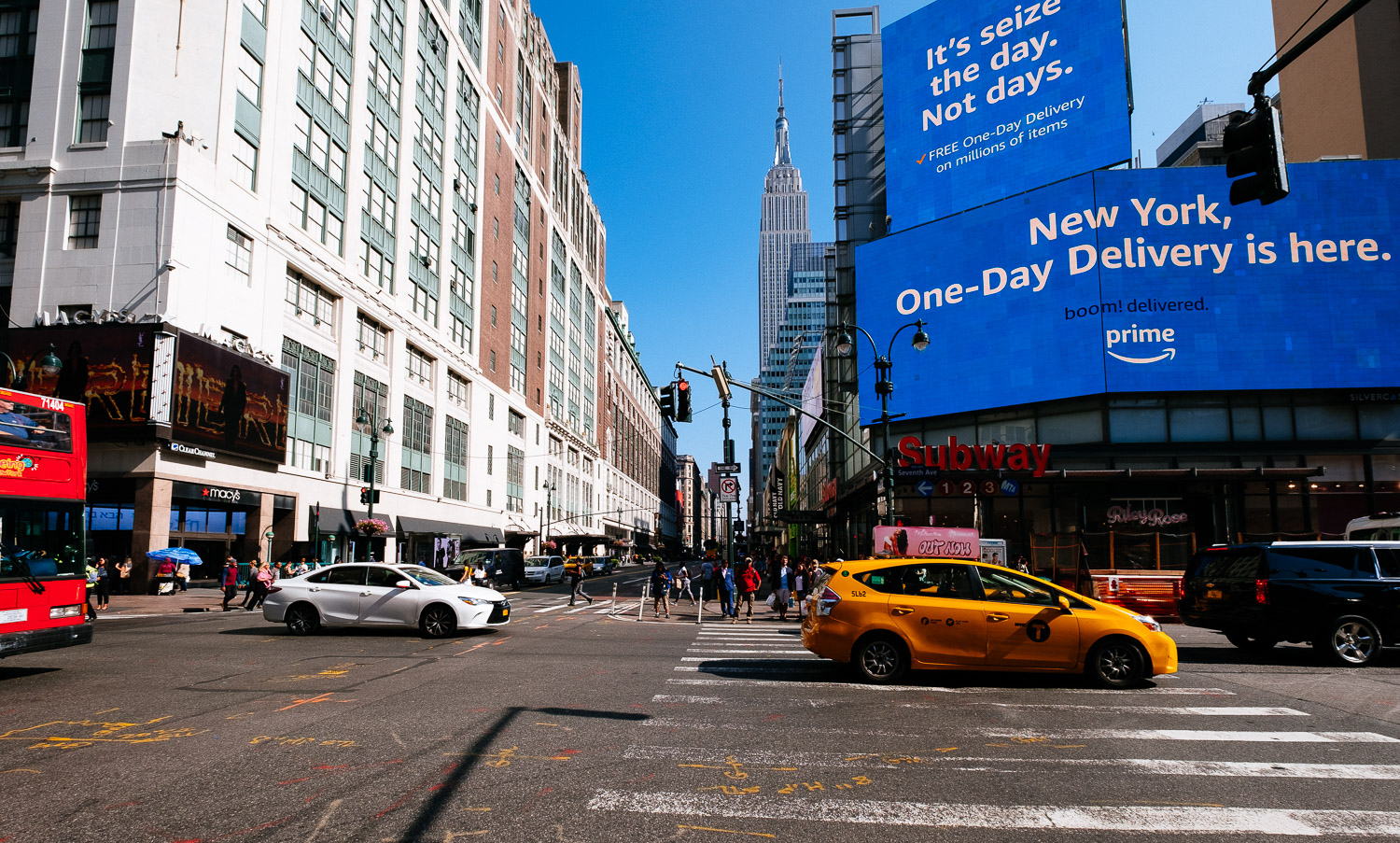 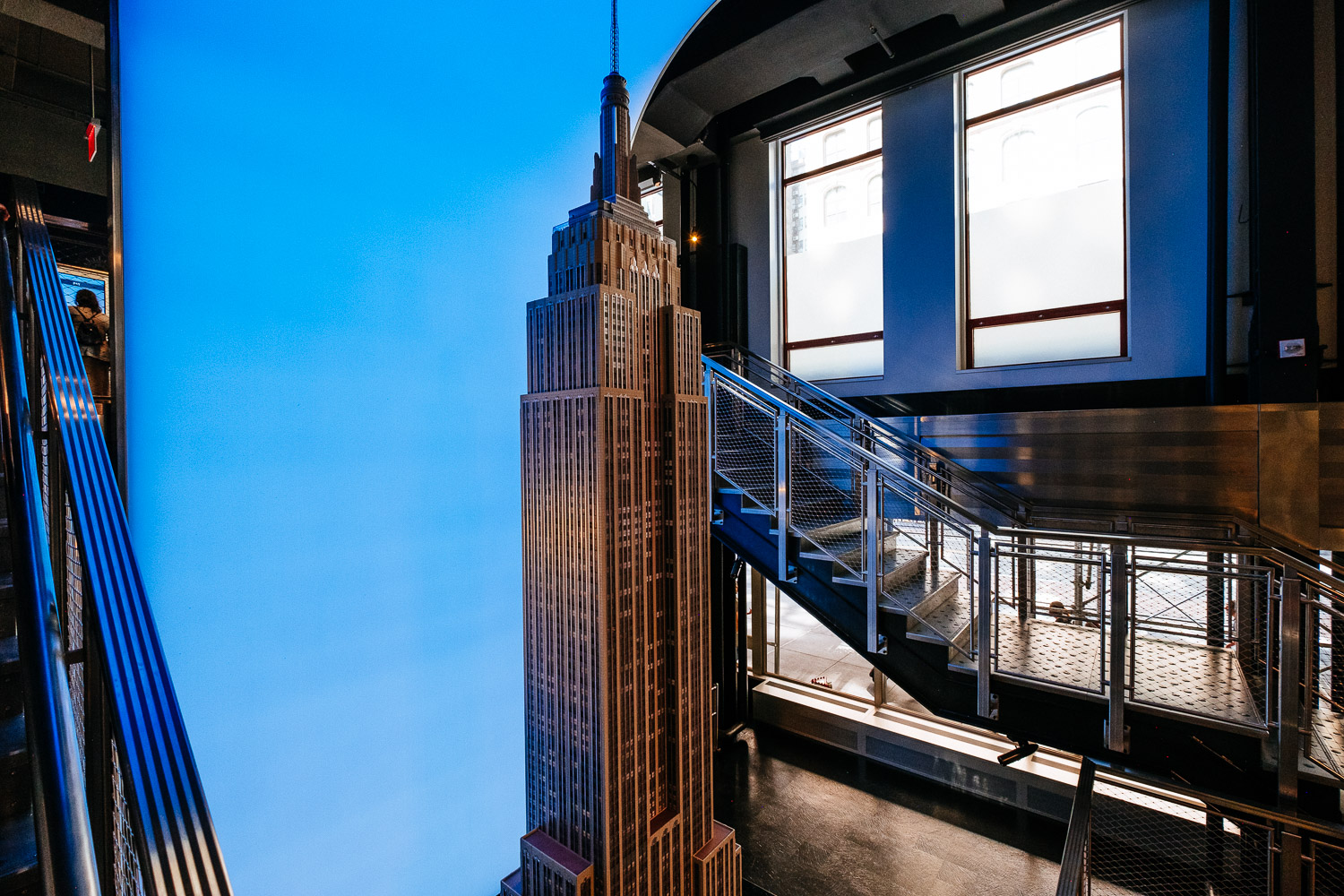 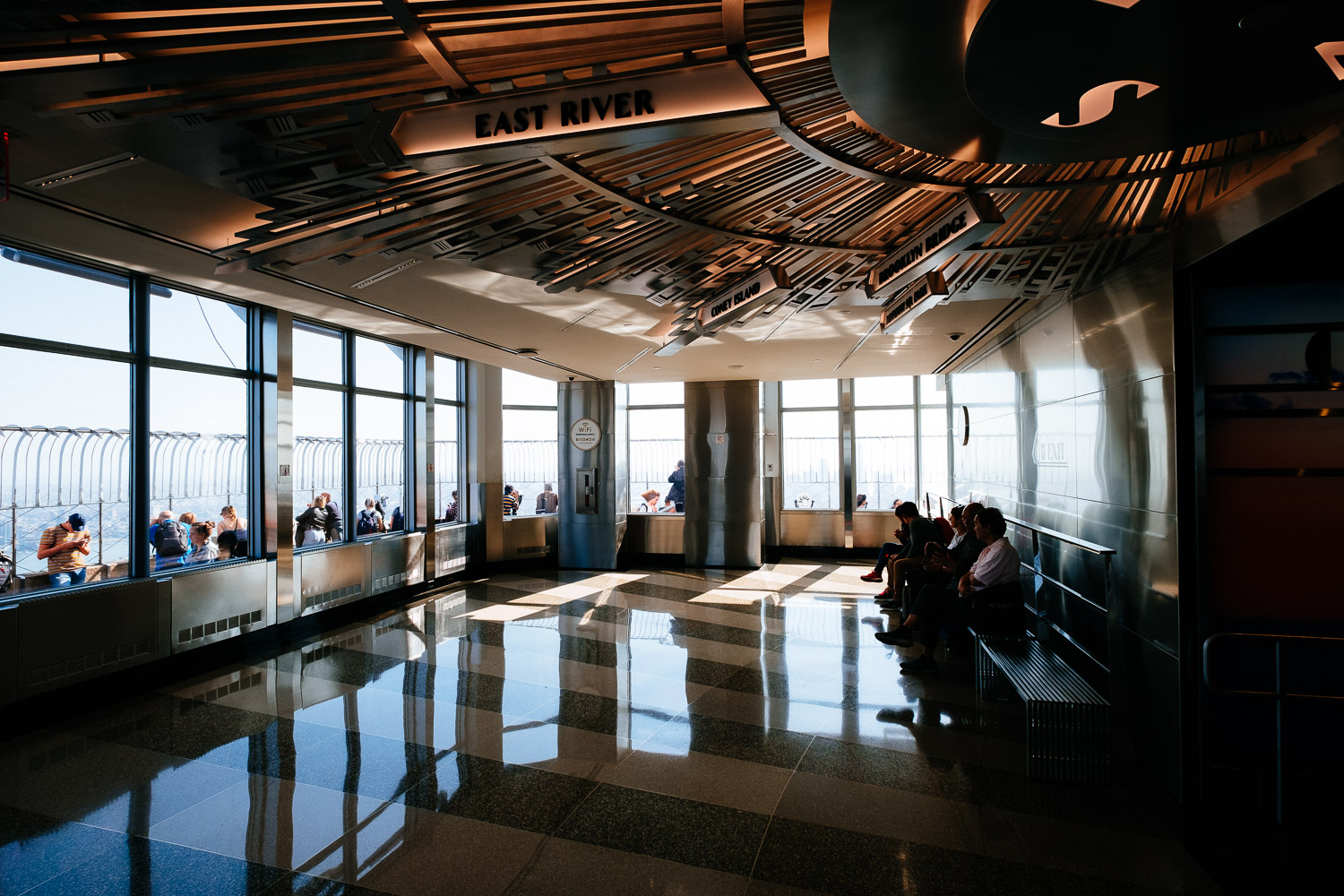 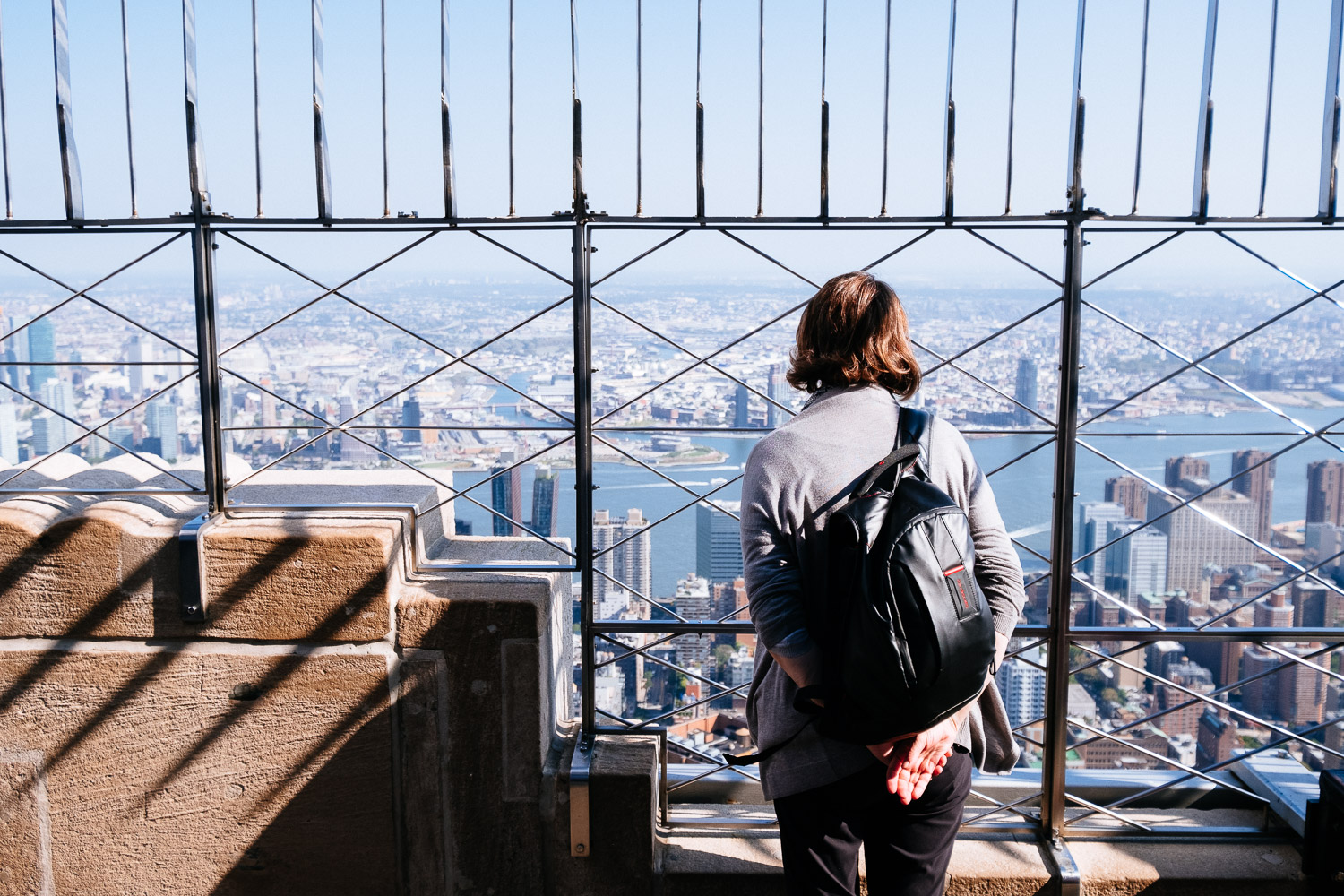 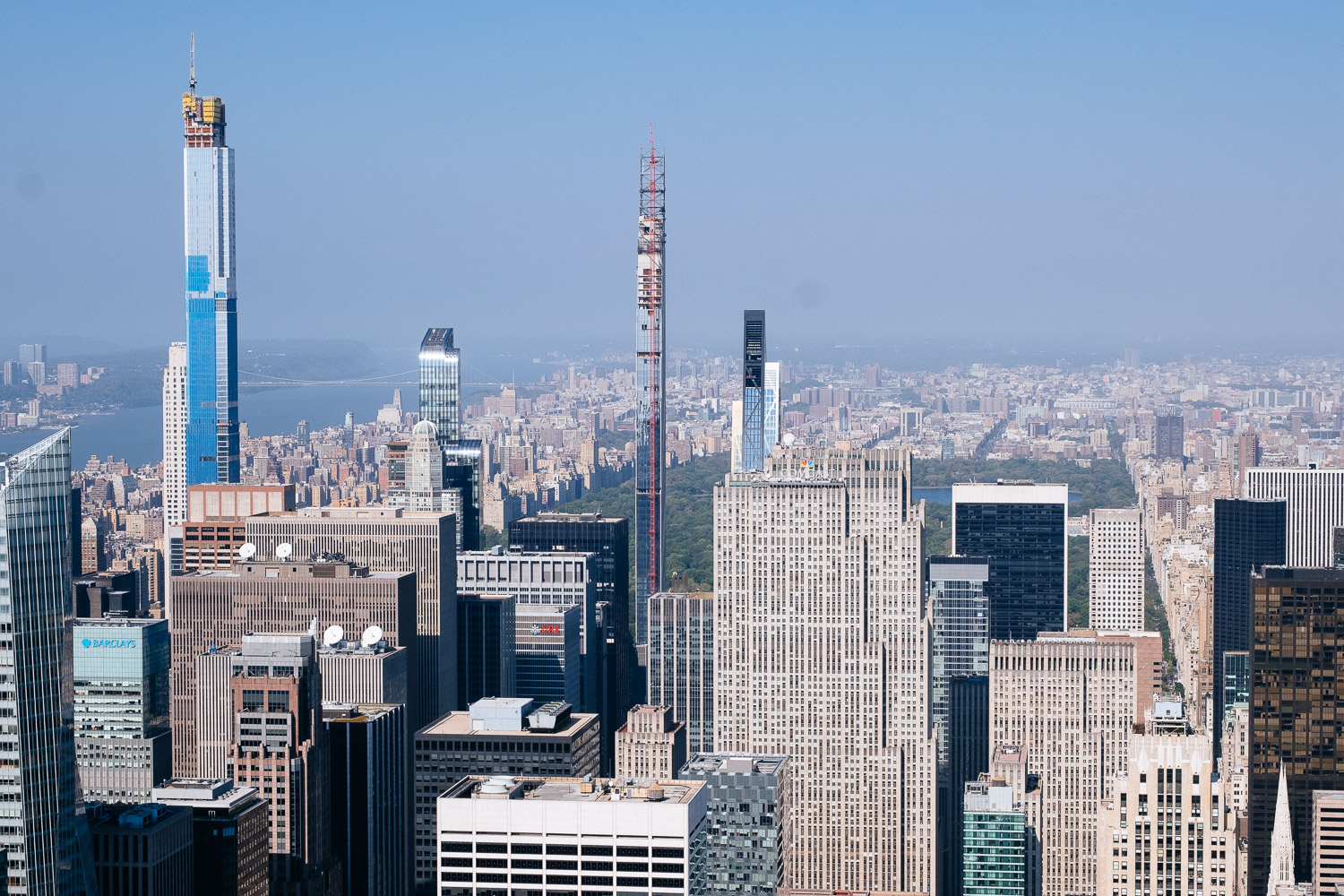 The Hudson, Central Park and the new super slim skyscrapers right beside it, the beautiful Chrysler building! There is so much to see.

Those high viewpoints are always spectacular. I was able to visit many of them in i.e.: Barcelona, Paris, Hong Kong, Taipei, Singapore, Hyderabad, Tokyo and many more cities. It is always something very special but here it is even more. When I was young and someone asked me where I would like to travel my answer always was New York! Now I’m finally here after I literally traveled anywhere else in the world for the last 30 years. Life is not always straight forward. 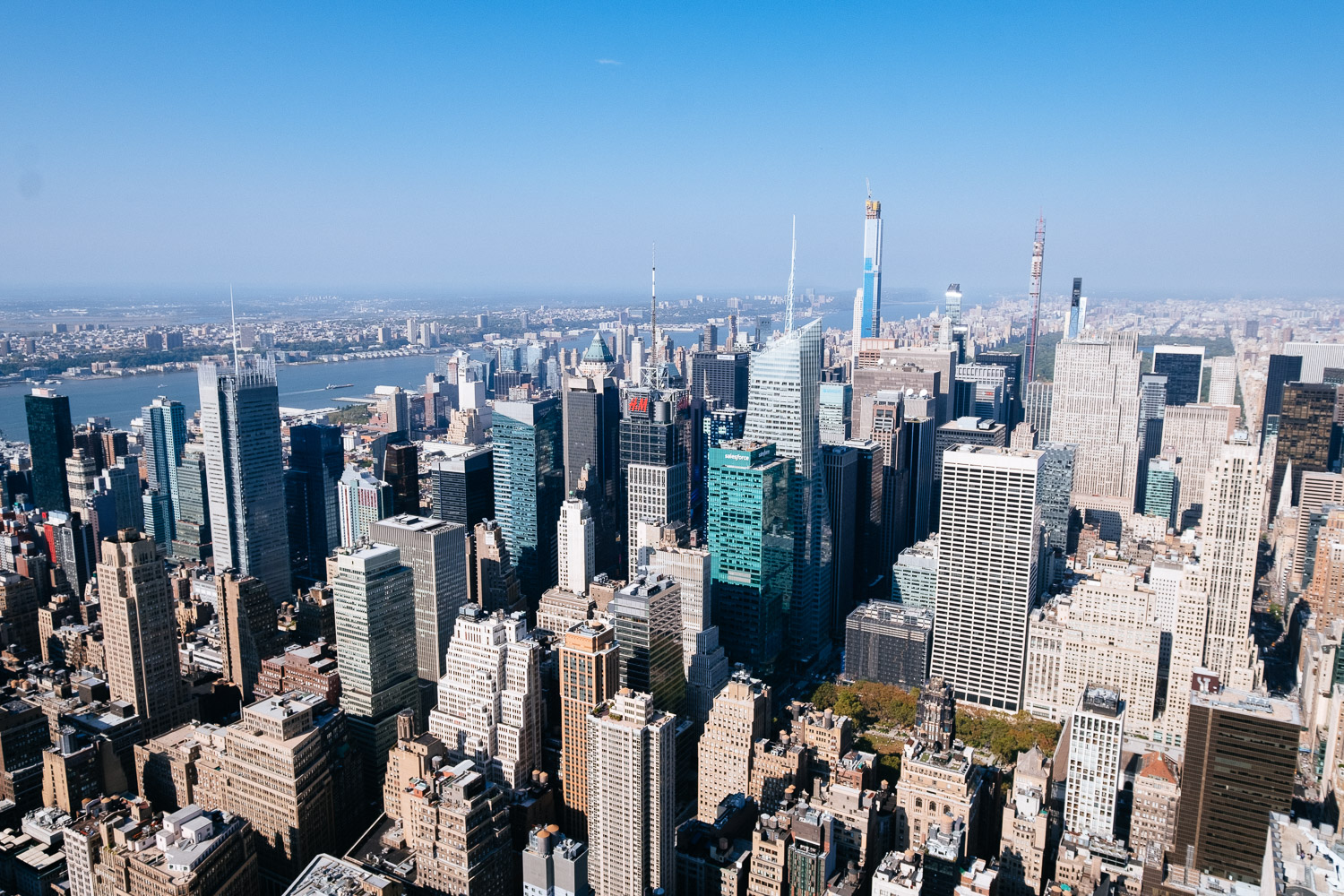 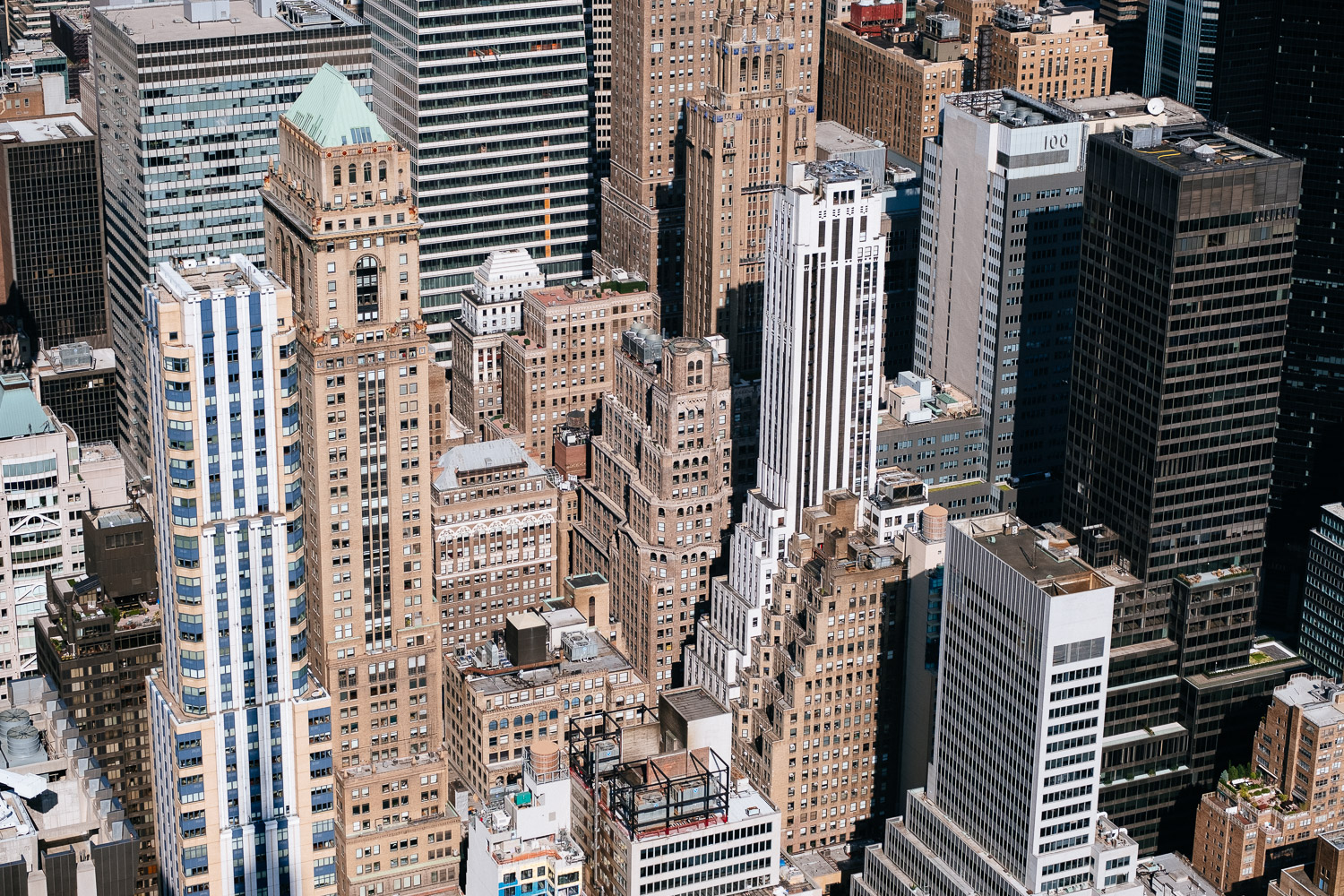 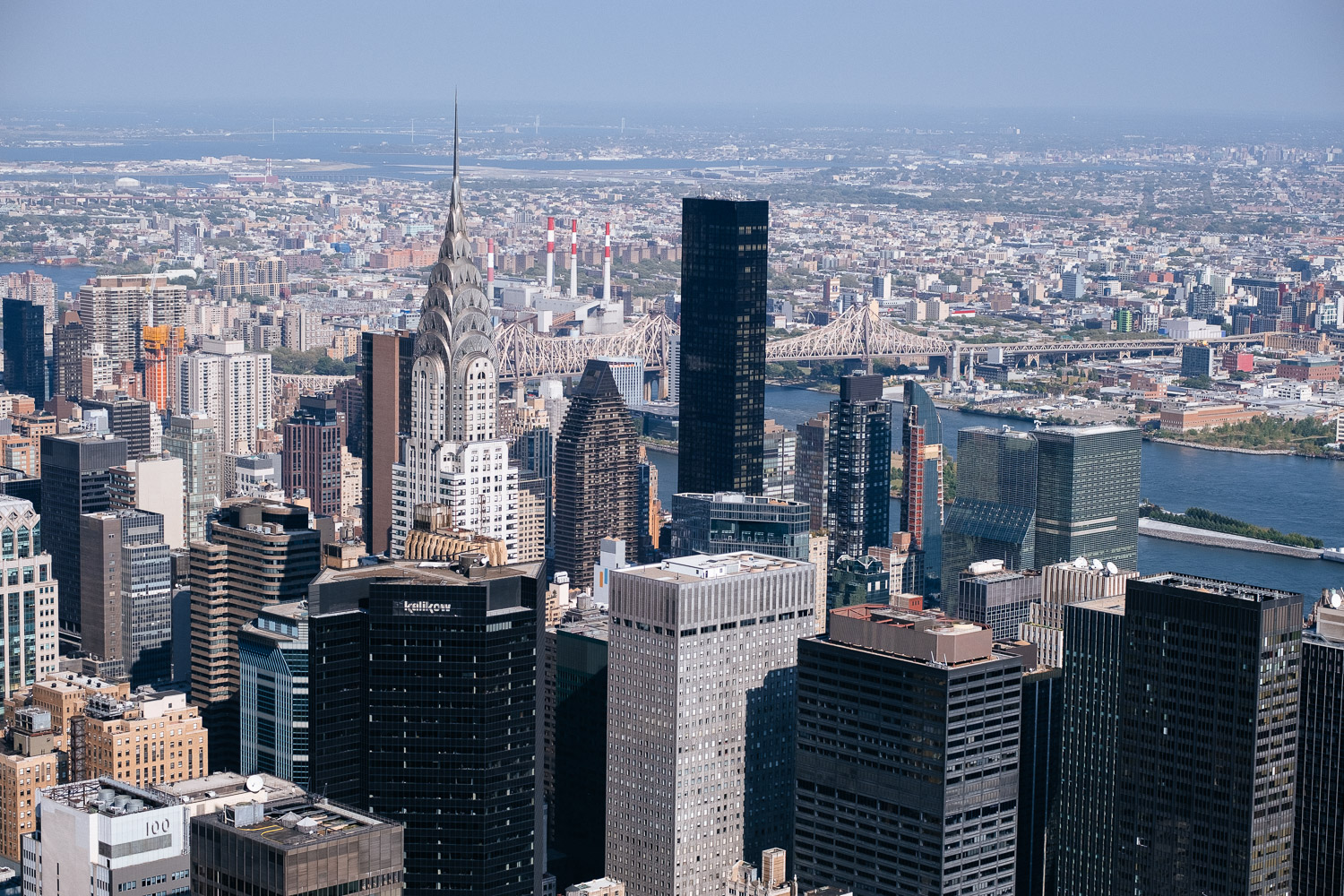 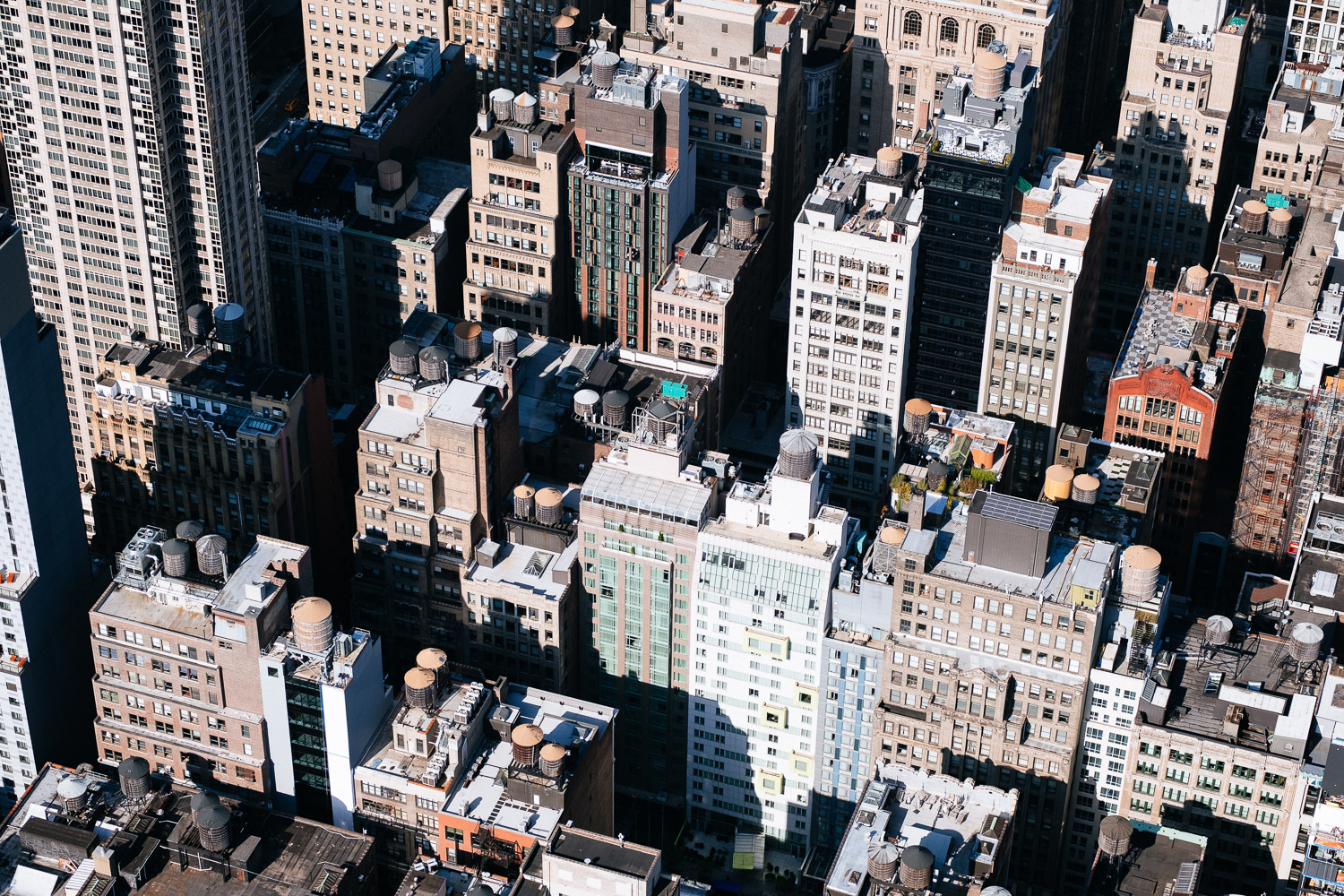 That day I had two lenses with me: The Fuji XF 10-24/4 OIS and the XF 50/2.0 WR. To my surprise I preferred the pictures taken with the XF 50/2.0 WR. I’m not talking about optical qualities I’m talking about the look of the images. I just preferred how the 50mm lens compressed the view and also the magnified details like the water tanks in the image above. I loved how this lens portrayed the details in the skyscrapers of the different decades. 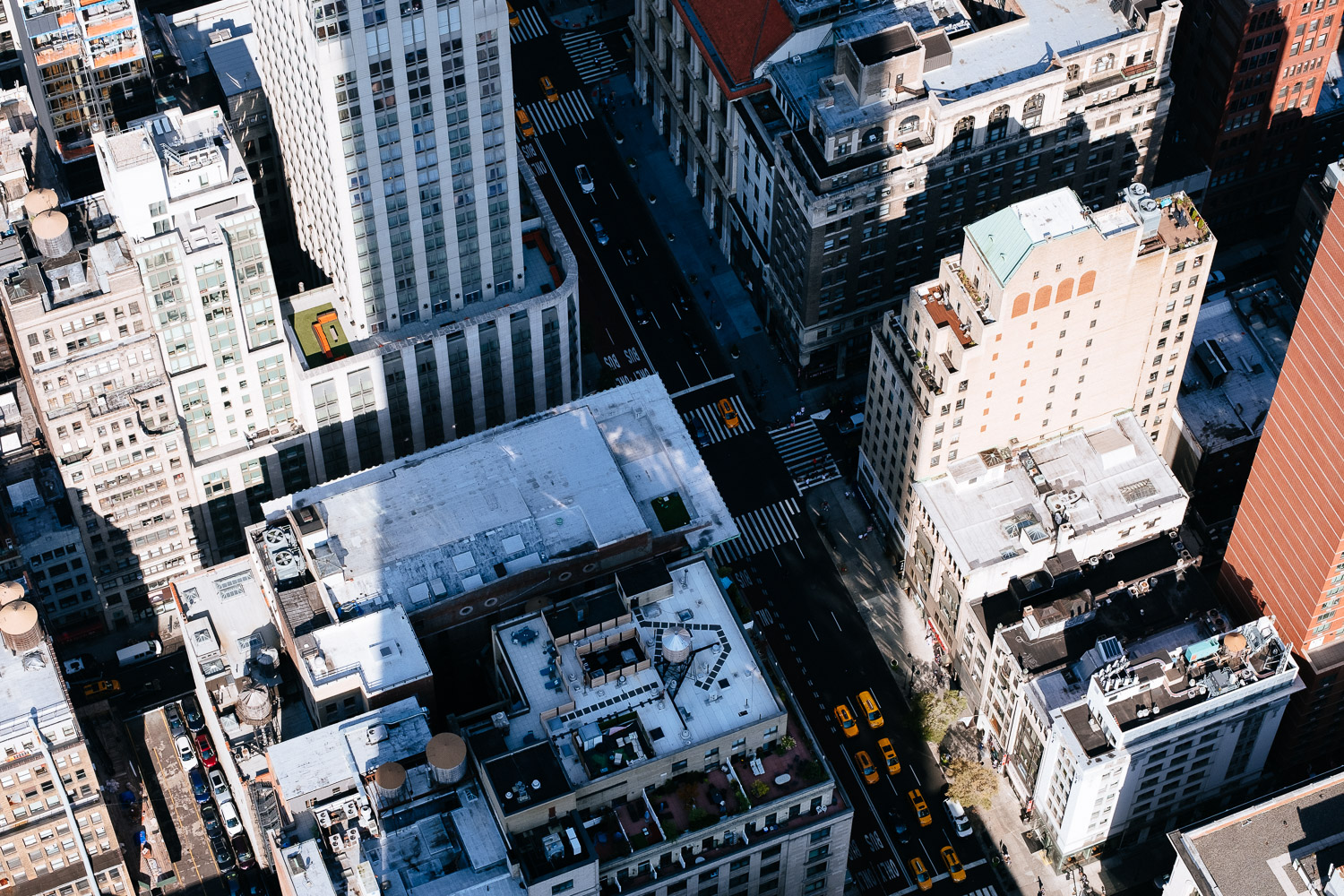 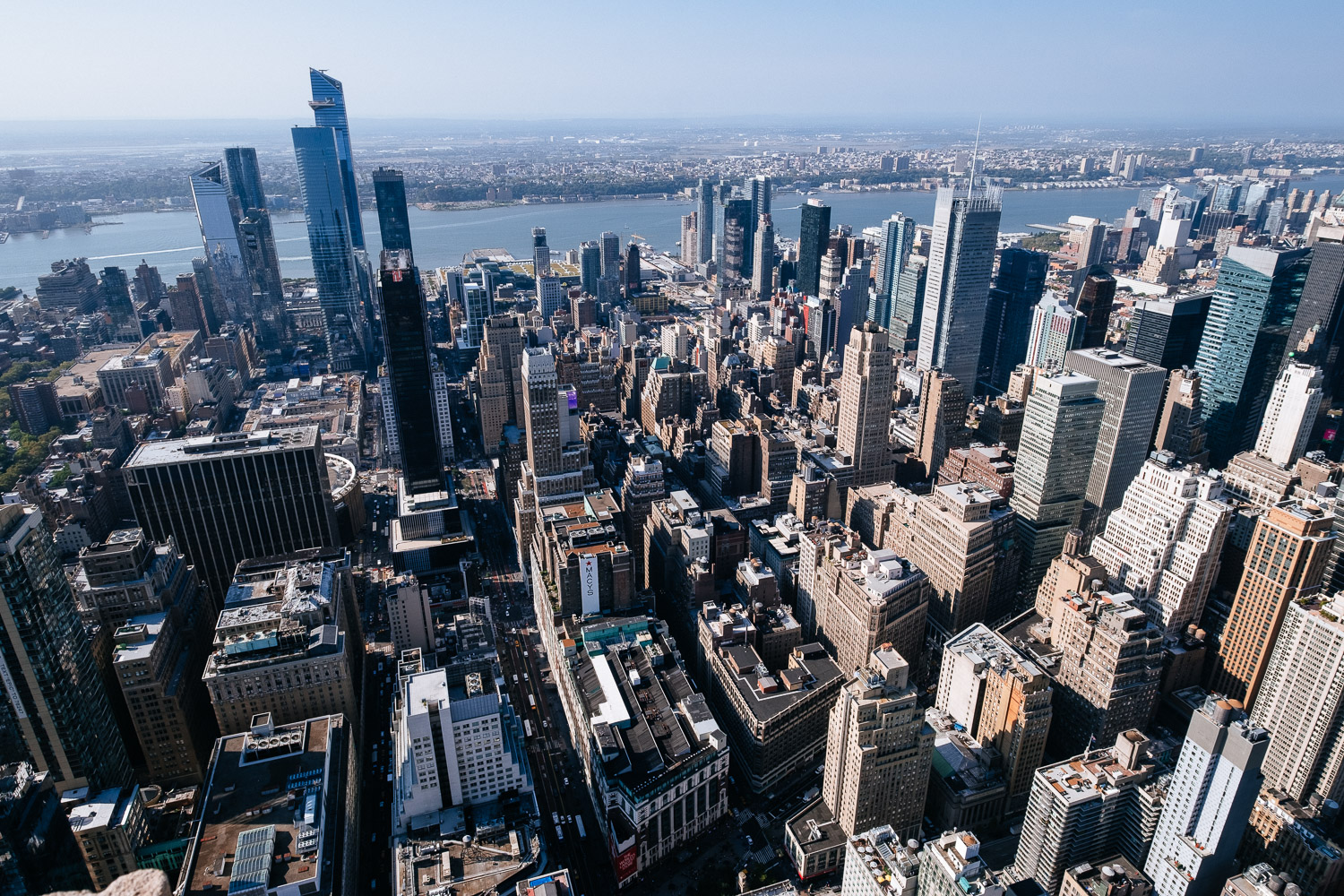 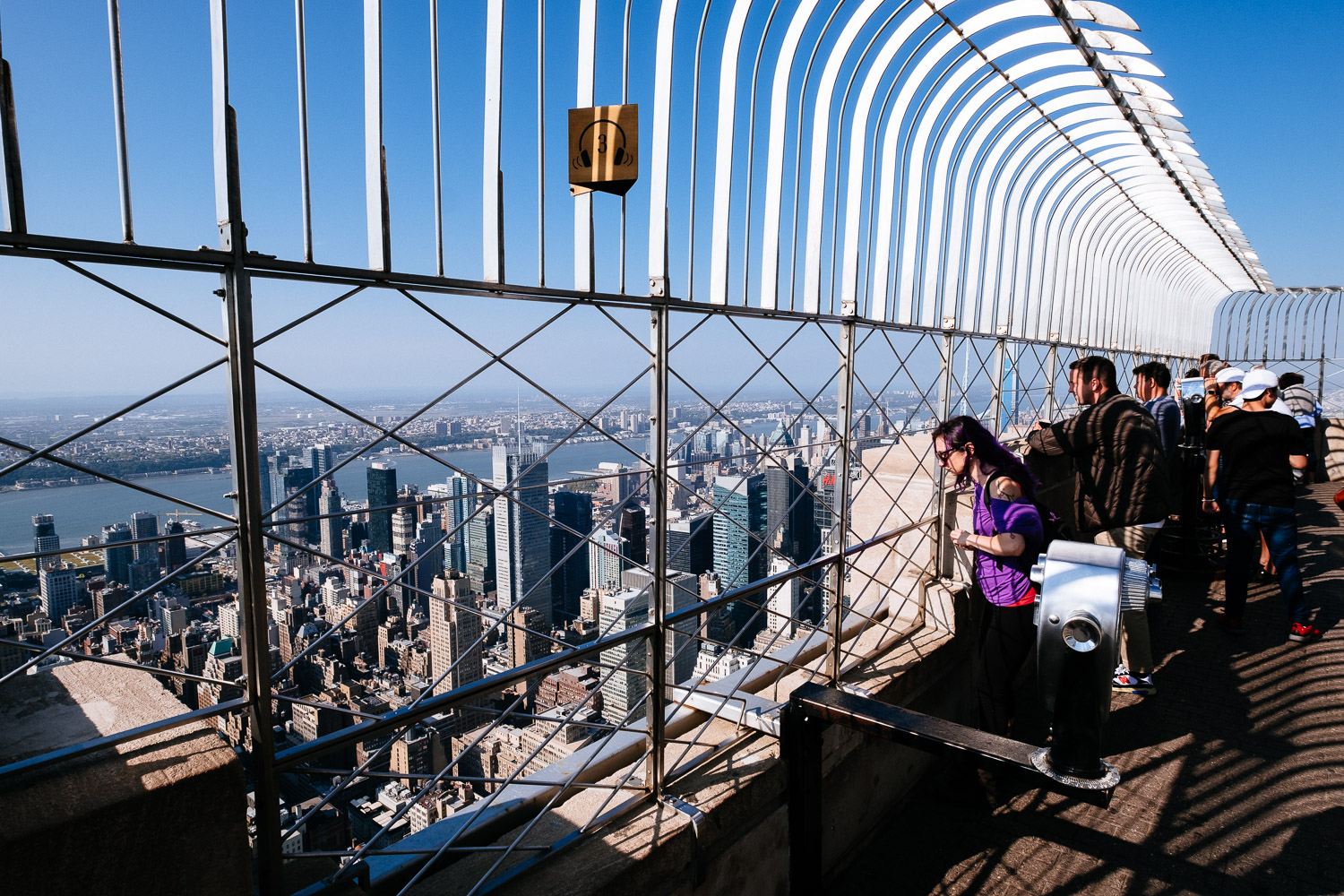 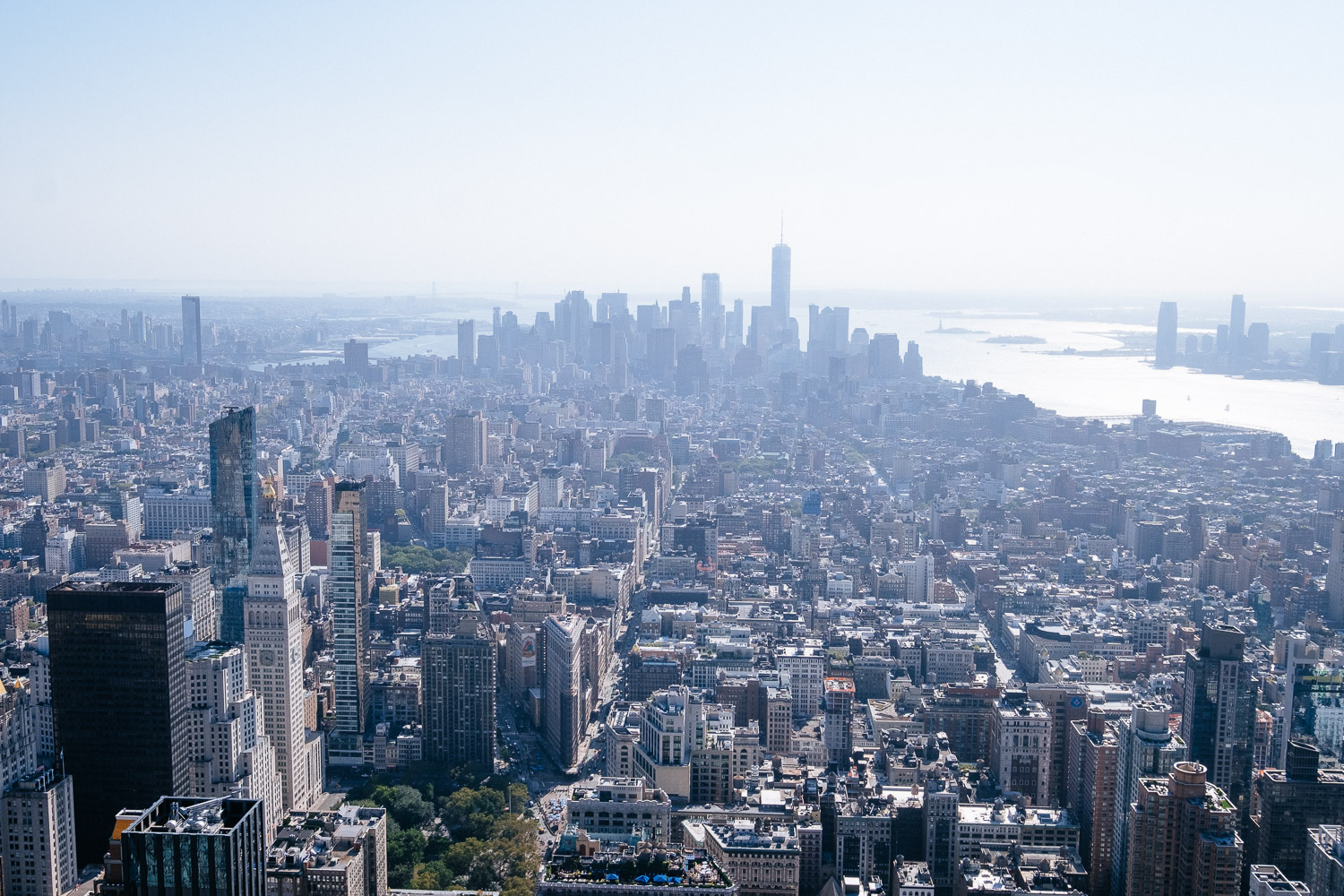 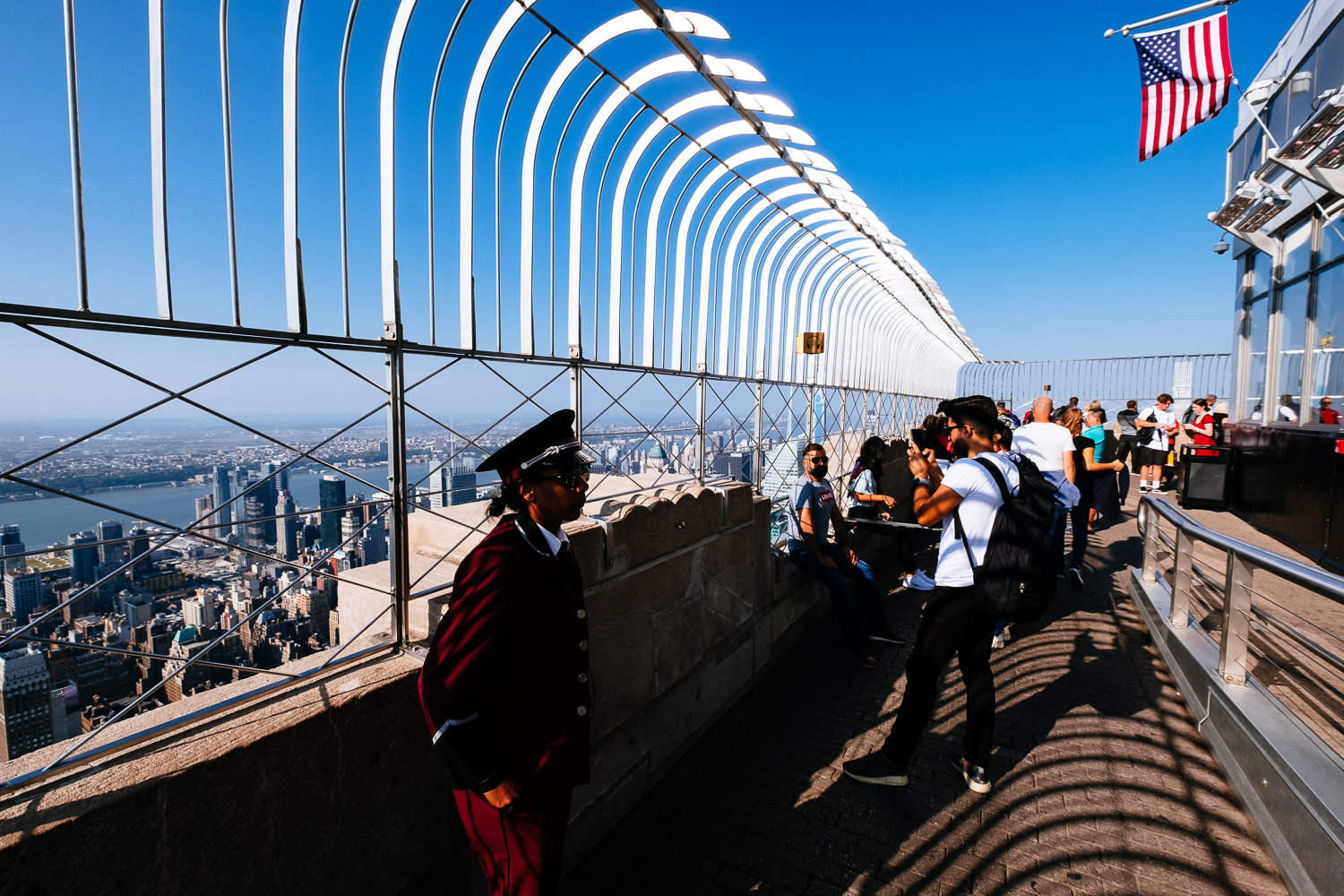 I have told you that I preferred the 50mm lens for the shots of the view but of course I shot a lot with the XF 10-24/4 OIS too. There is no substitute for a wide lens when it comes to those locations but you always must make sure that you have something in the foreground of the picture.

A wide angle lens covers so much and sometimes a nice little moment. 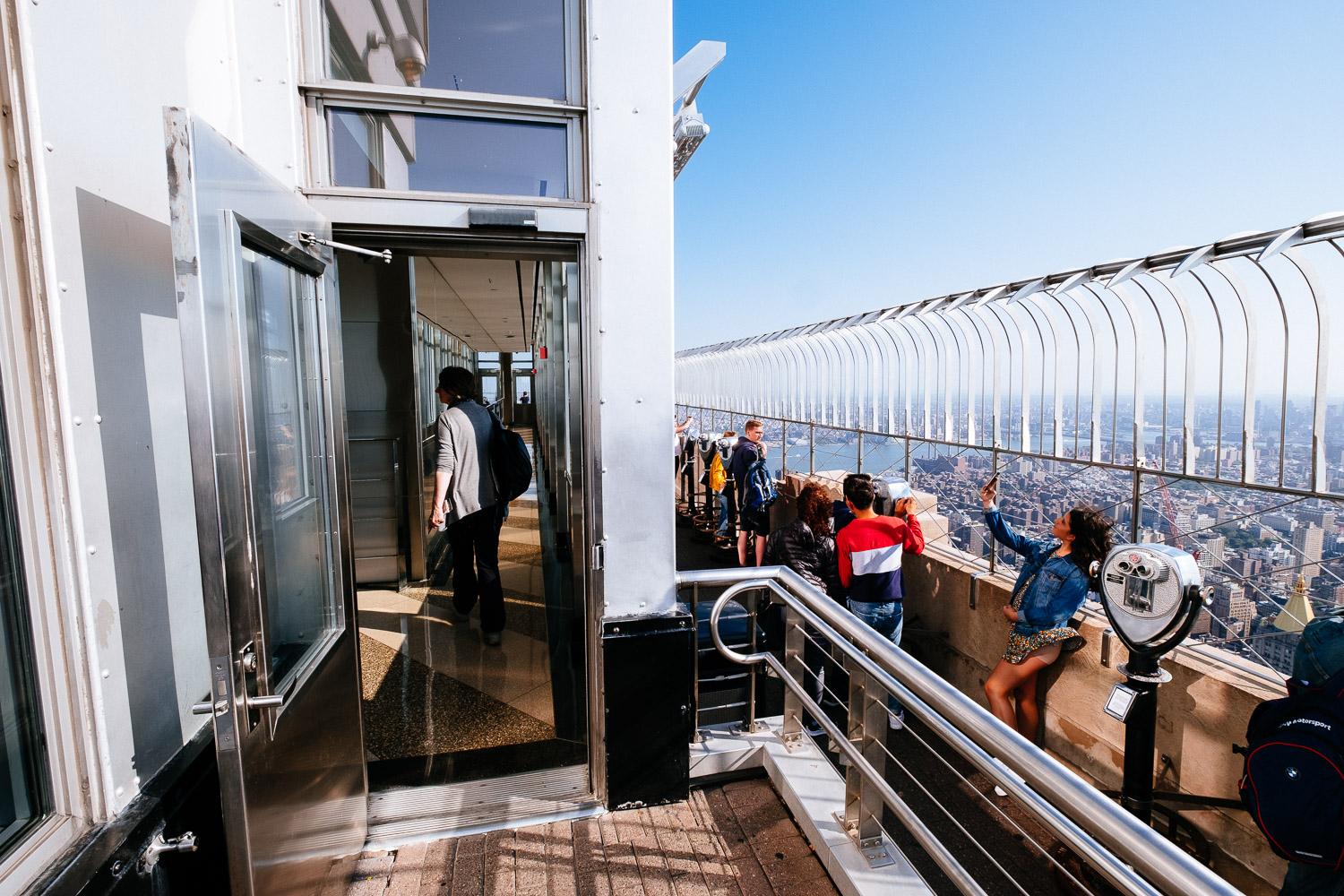 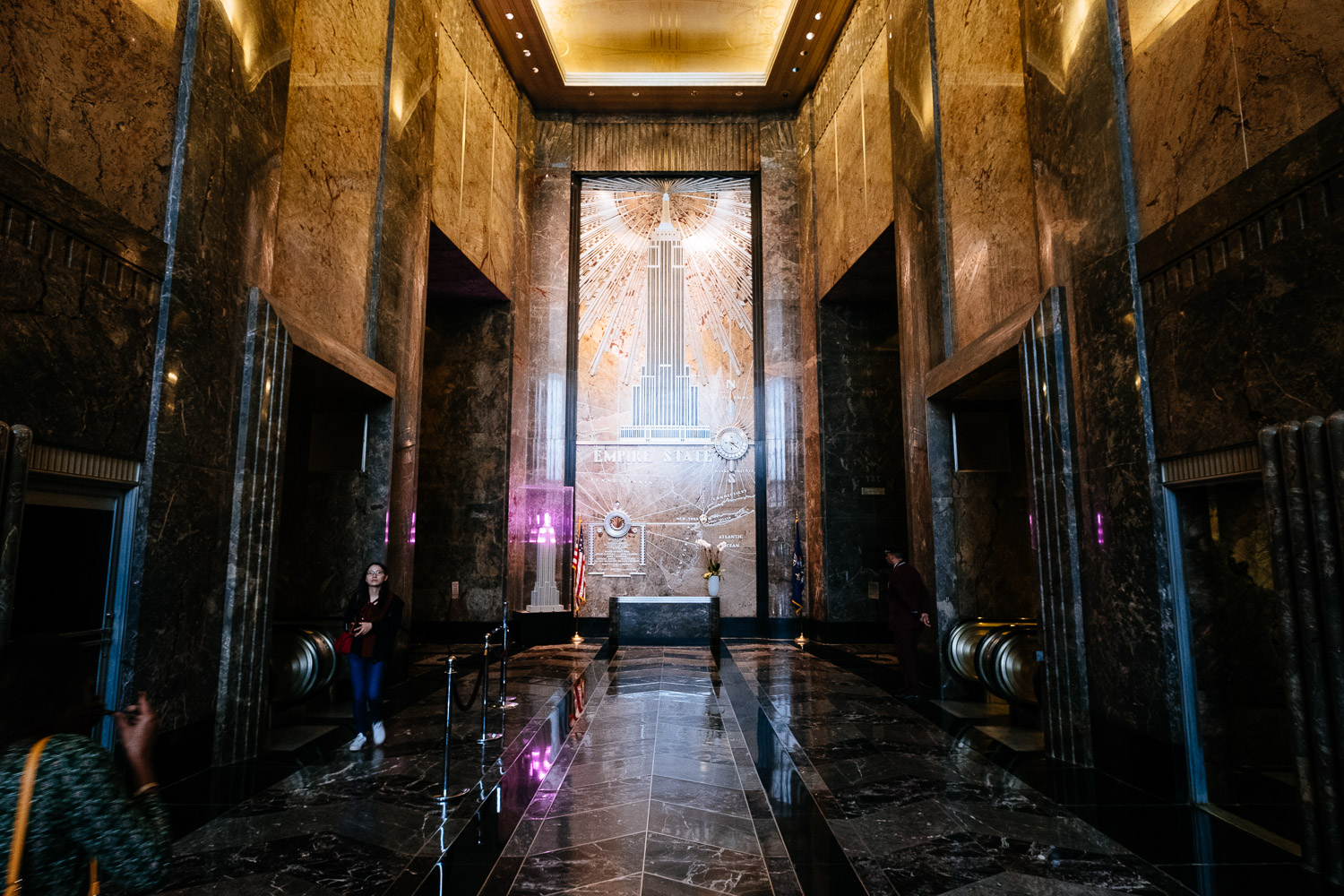 On our way out I wanted to take a good picture of the beautiful foyer but it was tricky. Most of all because there was a constant stream of people but also because it was impossible to cover. I ended up with an image that I’m not so happy with but now it is too late. I think the best way would have been to take a couple of shots with a slightly longer lens and later stitch those images together vertically.

At least I managed to get the door man in his red uniform into the last shot. 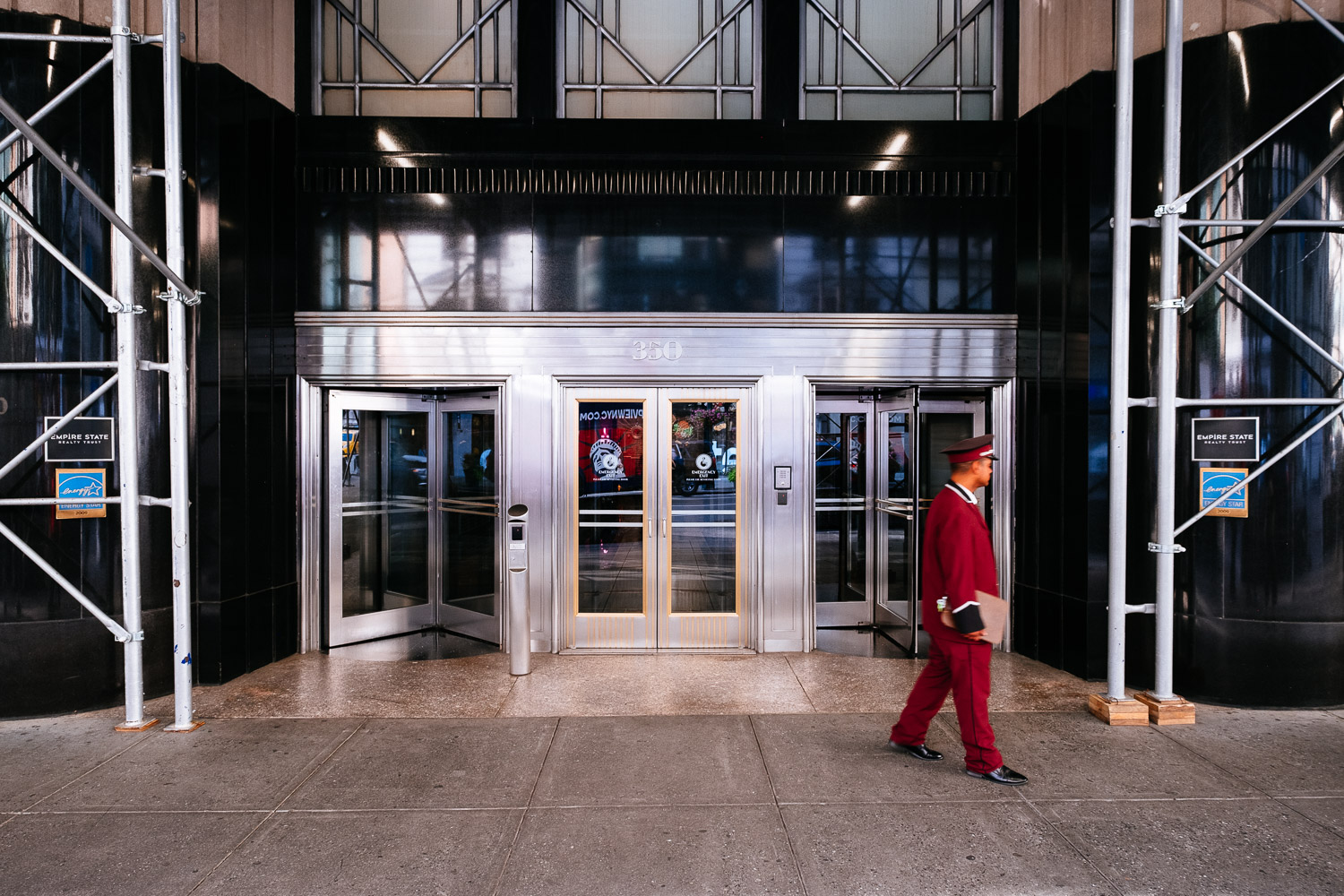