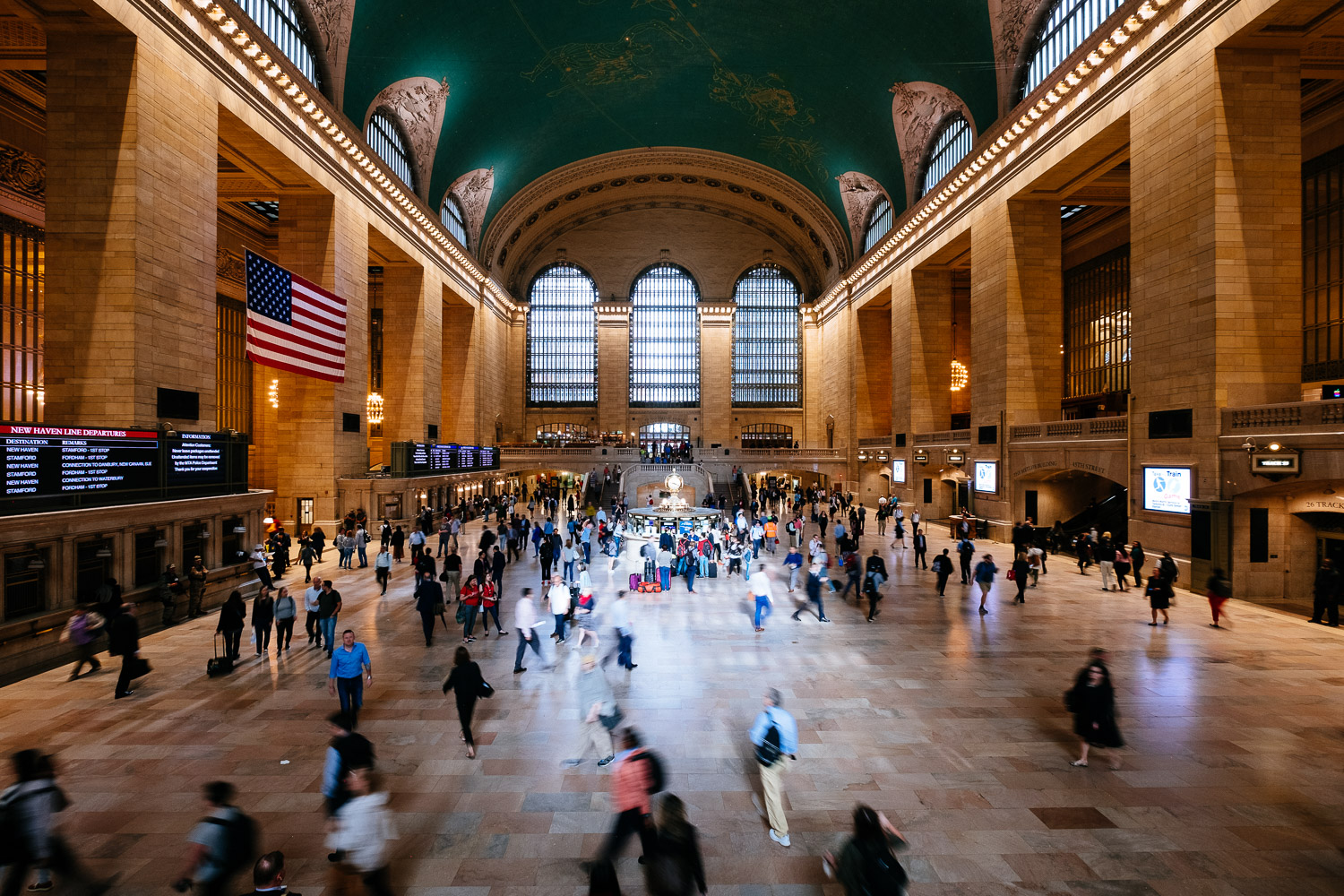 Grand Central Station, New York City. This is a place I have seen more than a hundred times before I came here so I was a little nervous to be disappointed.

Every photographer knows that you must never trust pictures. Some locations might not be as impressive in real life as they look in a photography. And it’s partly true for the Grand Central station too which I expected to be bigger. But there is no need to worry. It is still impressive and really beautiful. 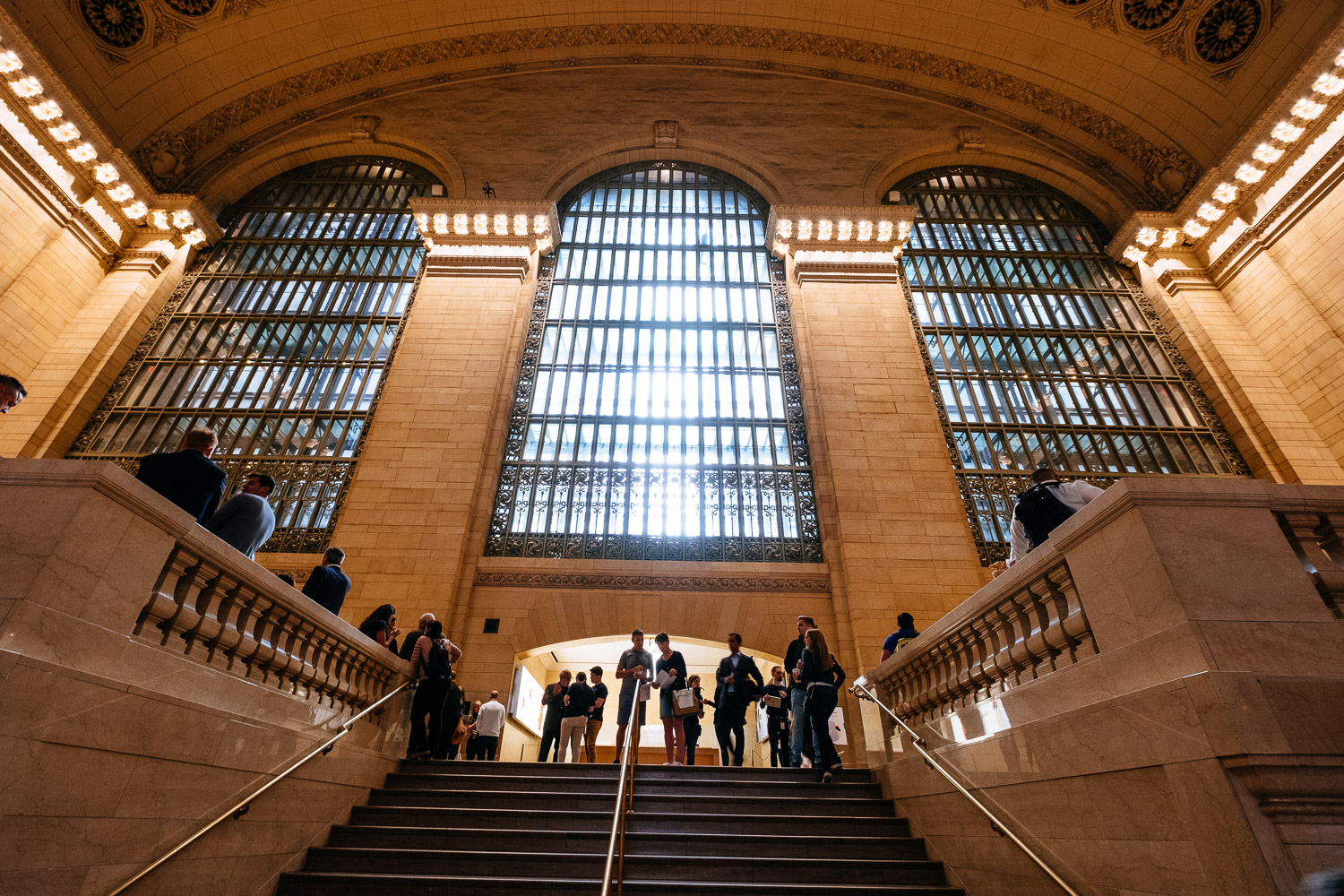 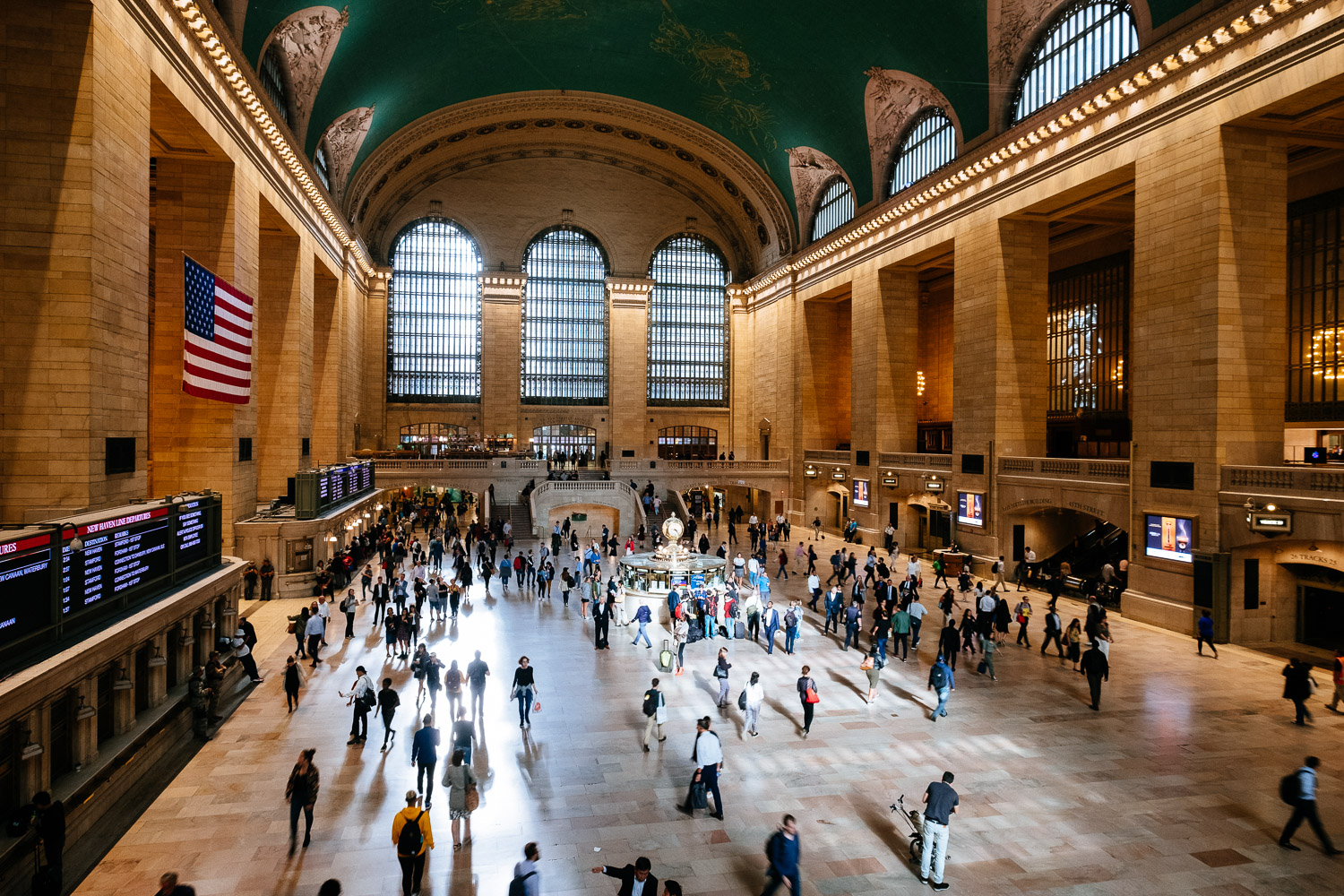 And it worked. The XF 10-23/4 OIS is a great lens. For me it’s the best of the mid range zooms from Fuji and performs almost like a red badge zoom. I say almost because of course the XF 8-16/2.8 WR is still a different animal. But that lens is a monster in comparison. The 10-24 is still slightly bigger and heavier than my beloved XF 14/2.8 R but it is also a little bit more flexible. 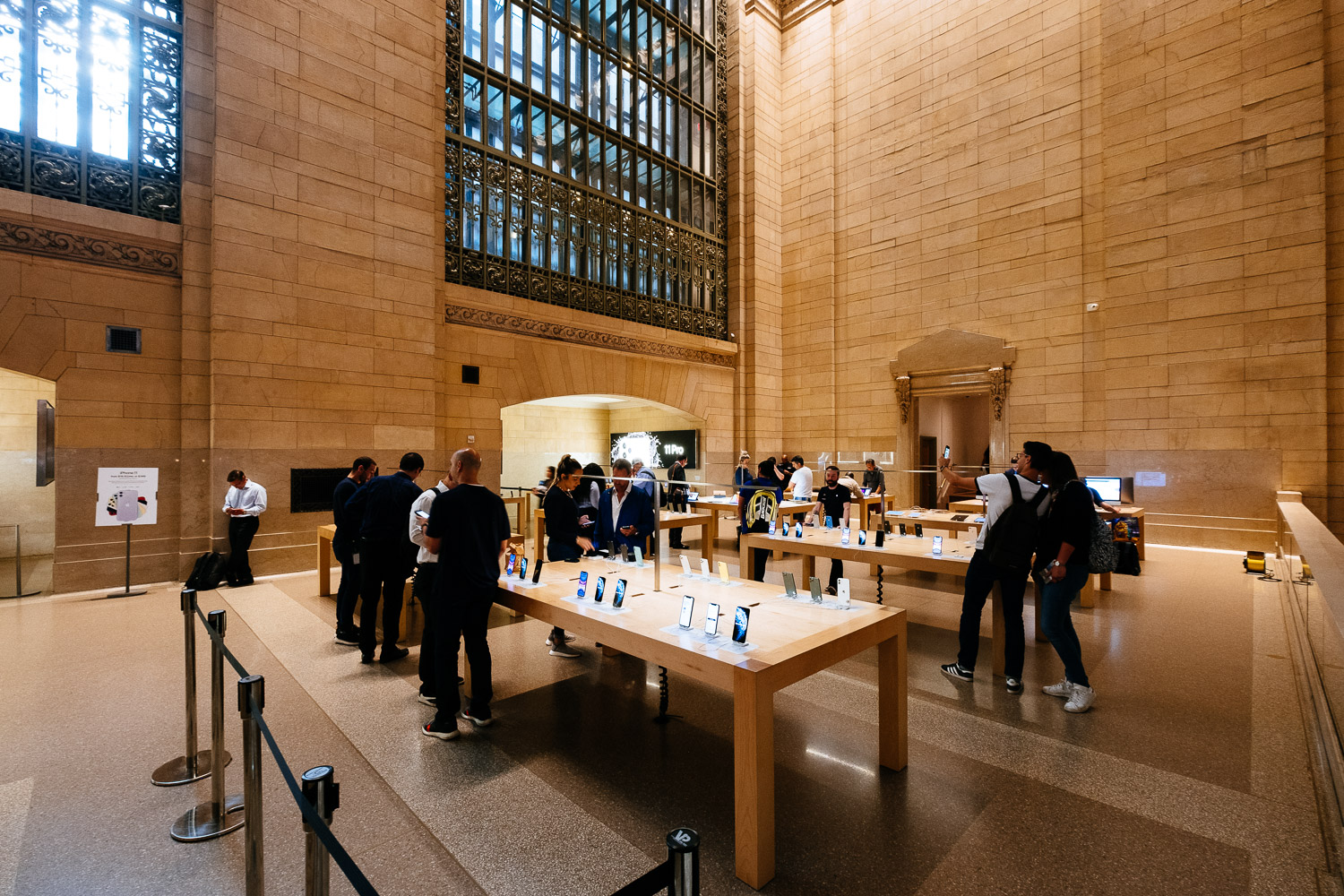 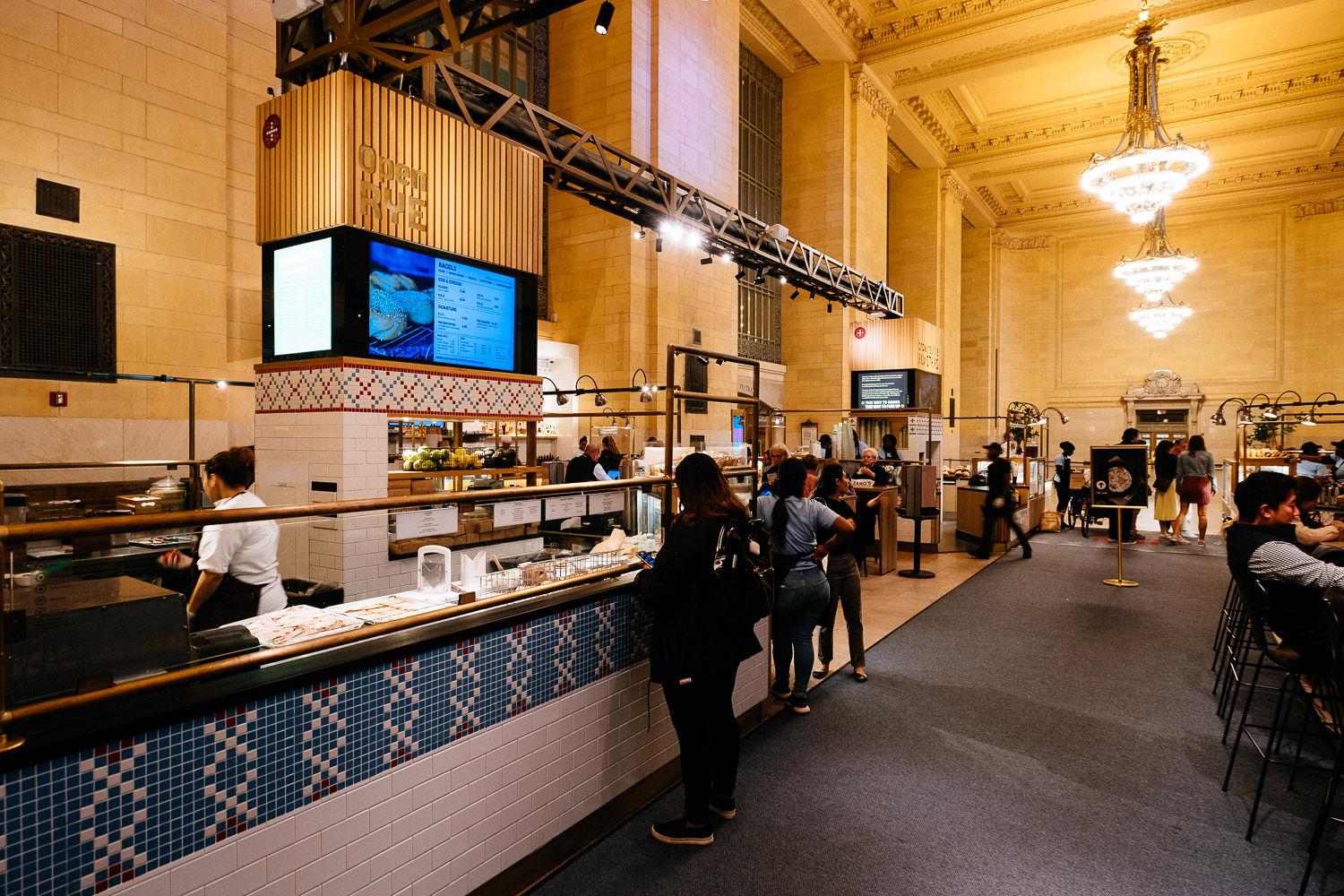 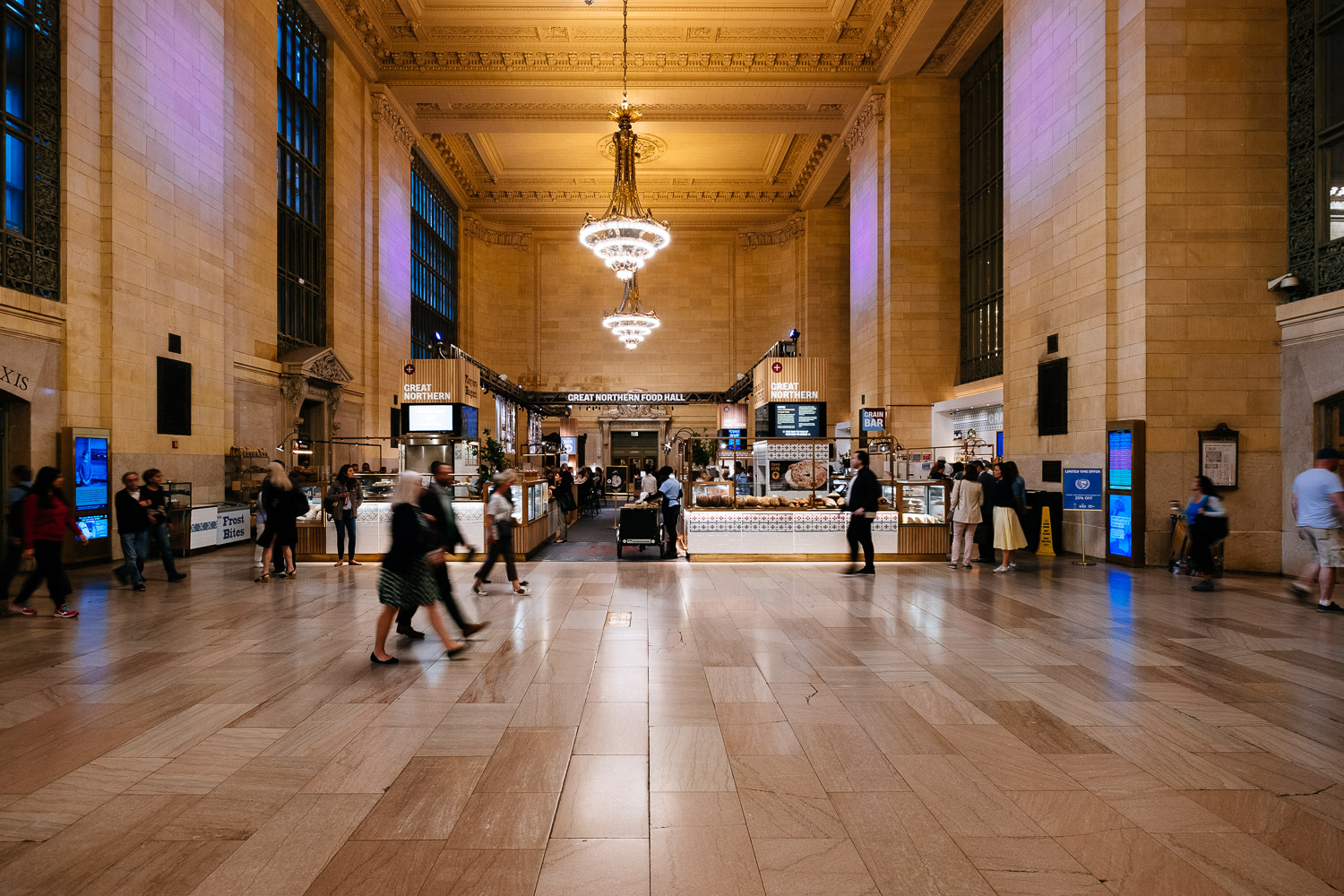 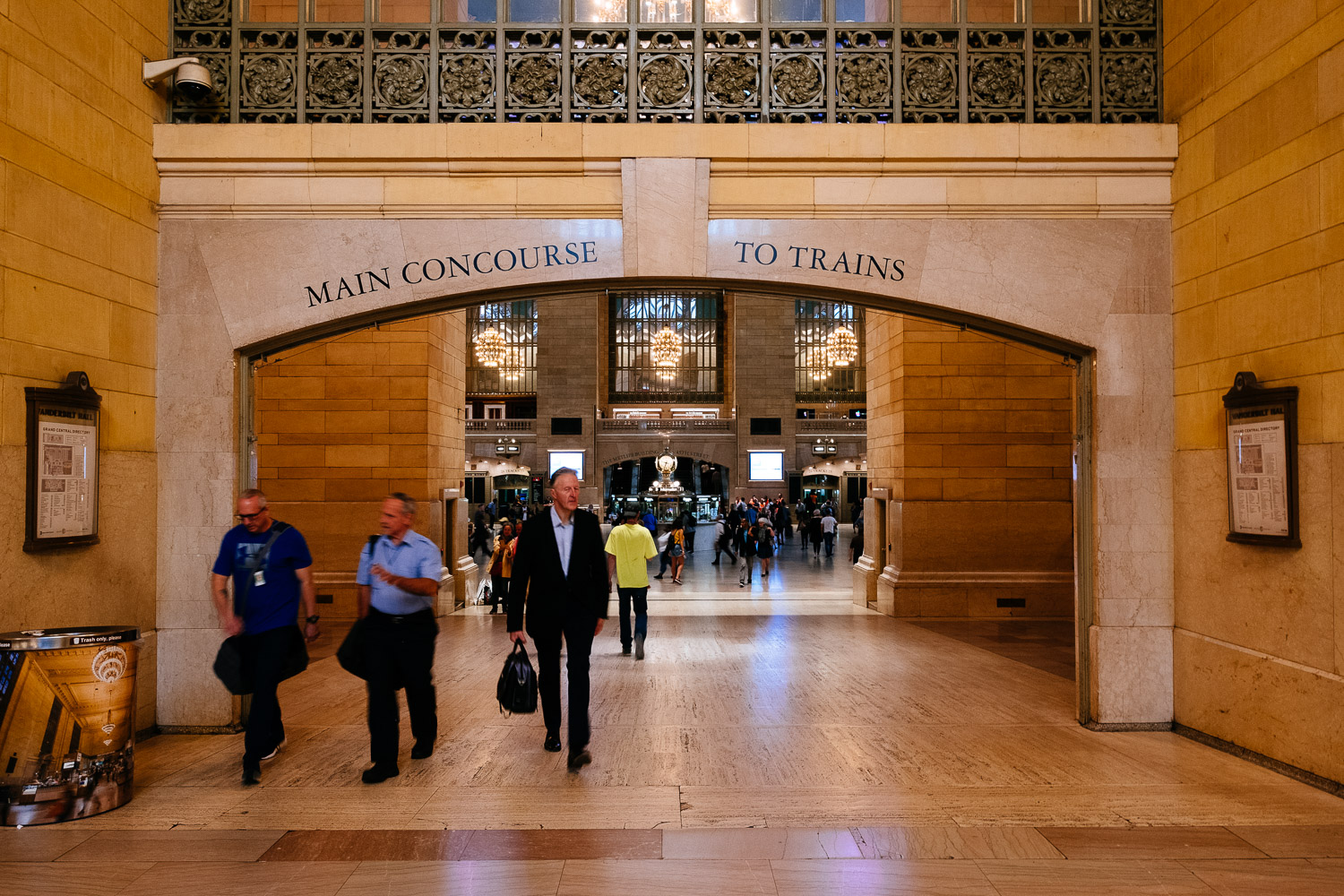 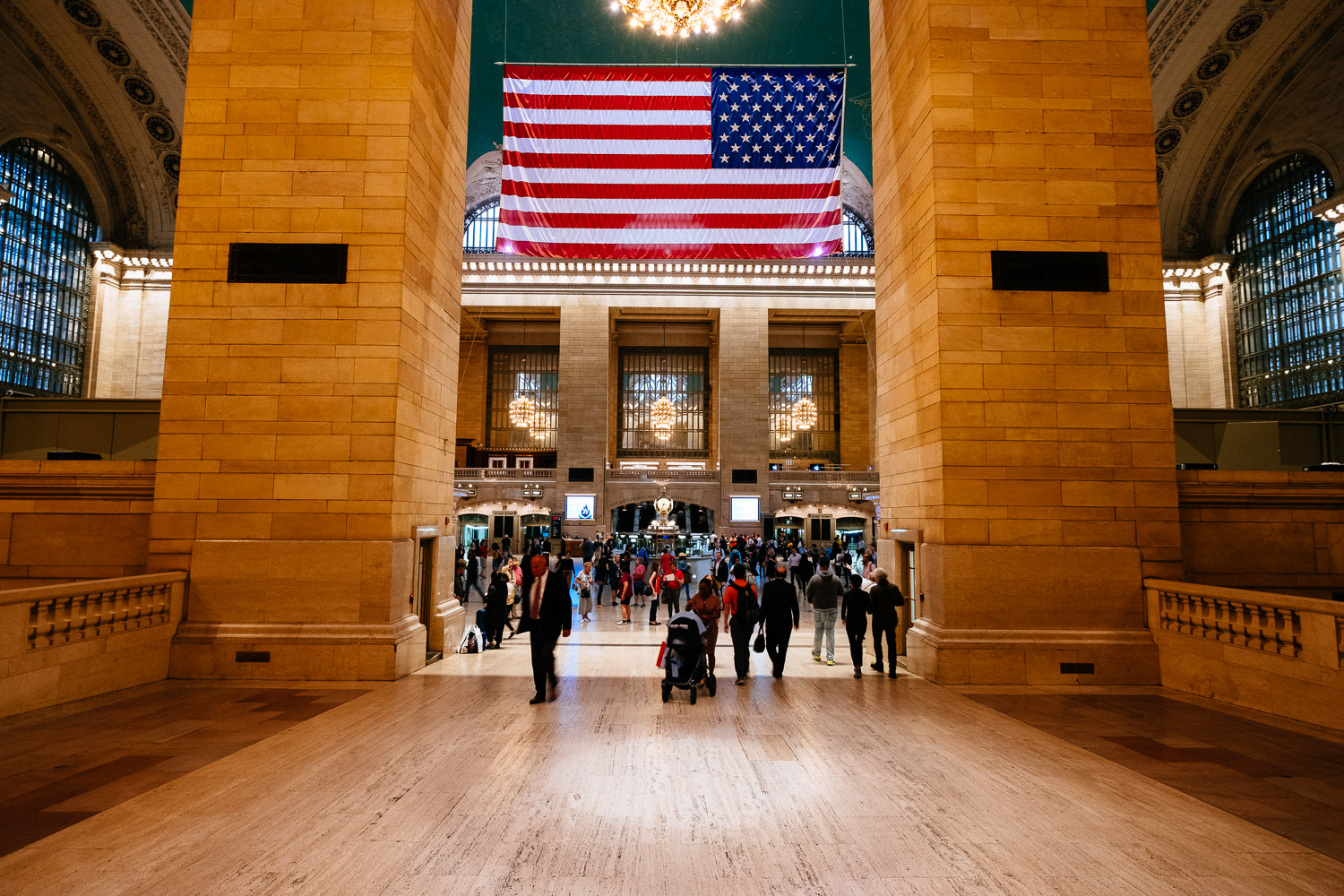 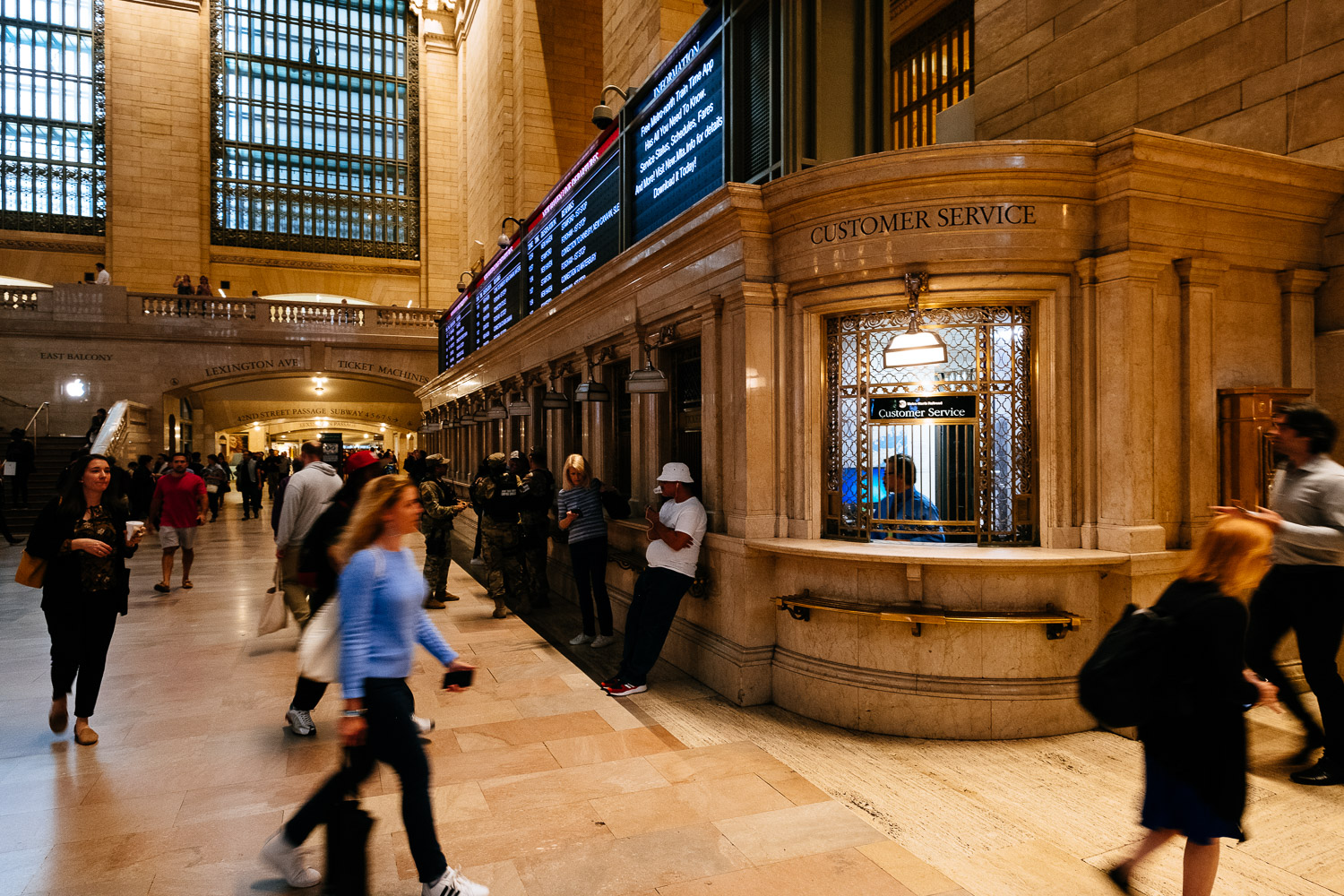 After the disappointments in Detroit and Buffalo, because there was no chance to access their train stations that are out of operation for decades, I was glad that this one was “alive and kicking”. I later learned that it also had to be rescued because today this is just a regional train station and let’s face it: the USA is not famous for their efficient network of trains. This is the country of the car or better truck.

But it is still busy, has lively foot courts and even an Apple store on the gallery. If you want to purchase a new iPhone I recommend that one over the main Apple store on 5th avenue. Why? Because despite the 2.000 sqm they want you to wait in line outside to purchase the phone. Not a big deal on a sunny day but when it rains that is just crazy. You still have to wait in line here too for no real reason but at least you will not get wet. 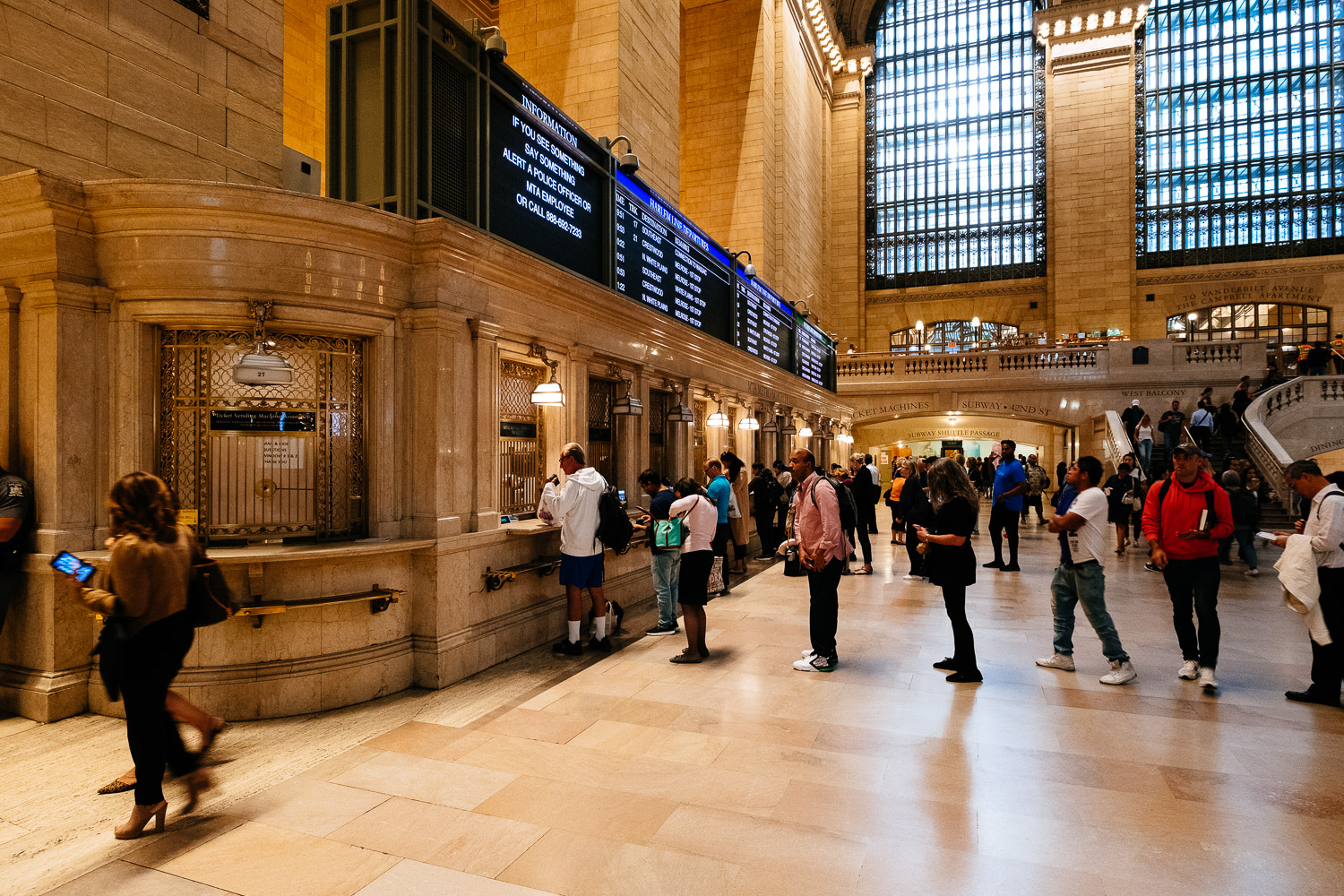 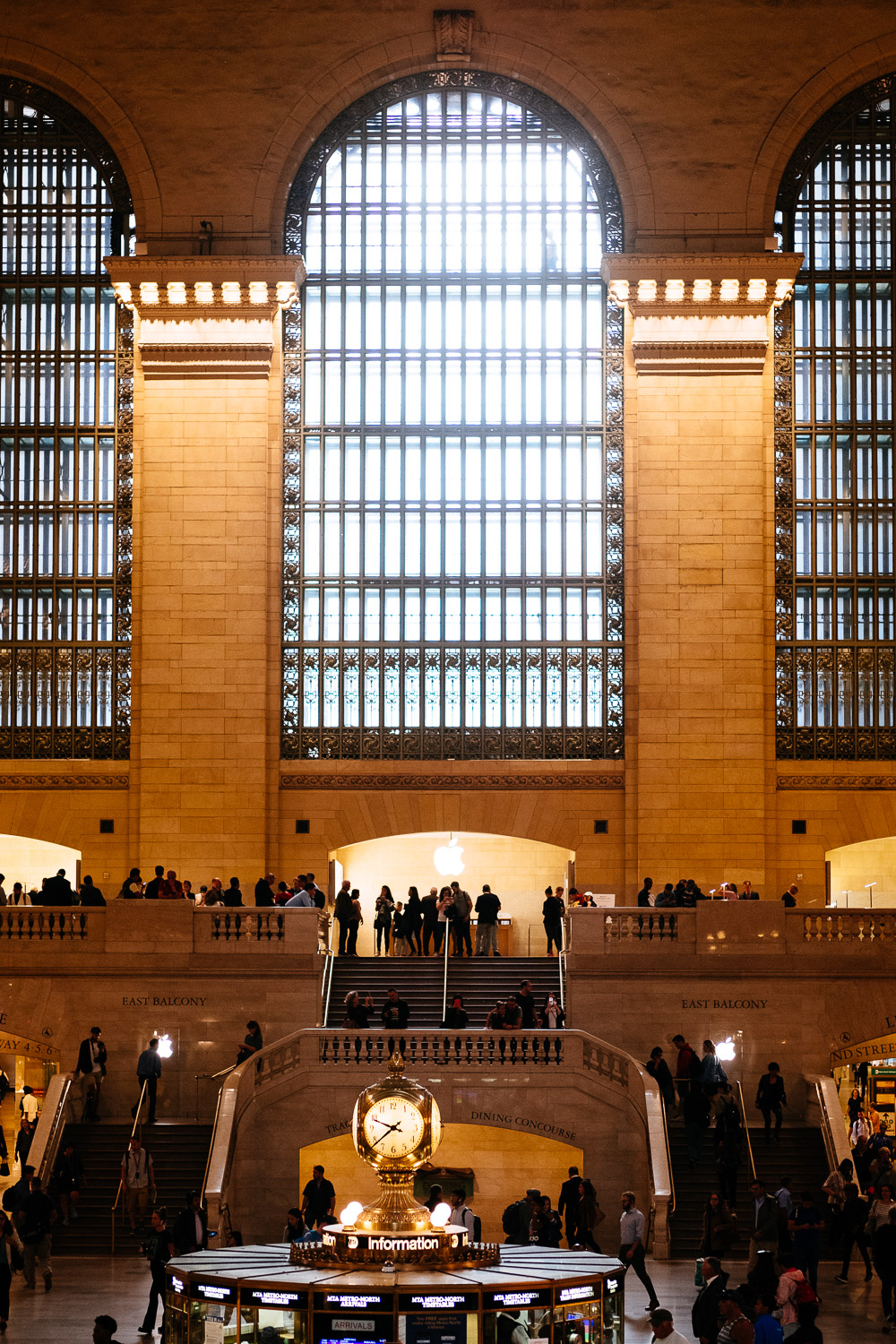 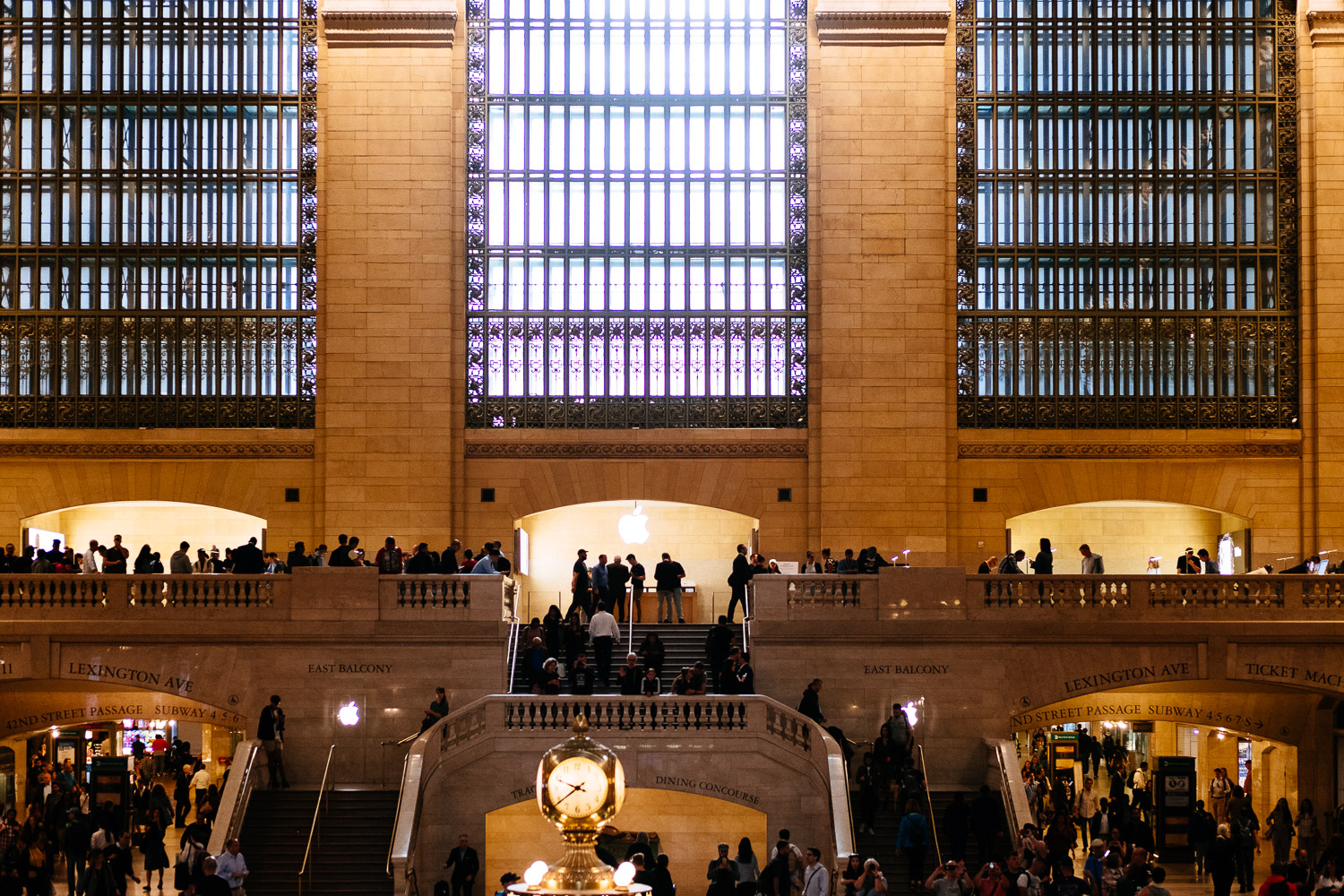 But back to this beautiful train station. I just love the architecture, the warm colours, the big windows and the beautiful information counter with the clock in the centre. It’s just beautiful and of course I had to think of all the movies. I will have this effect a second time that day on the Empire State Building.

Before we left the station we had coffee and cake to get some energy for long day in New York City. 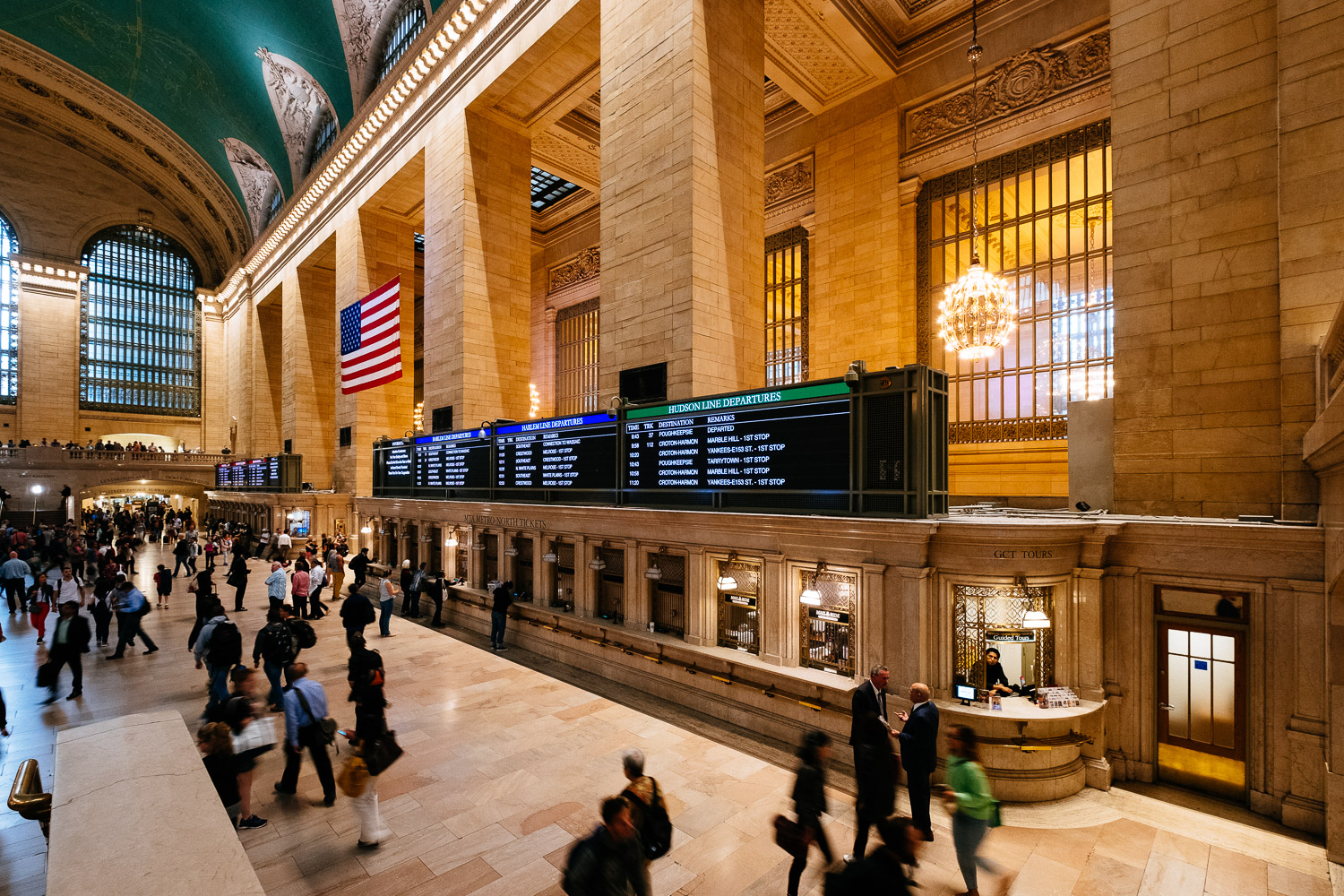