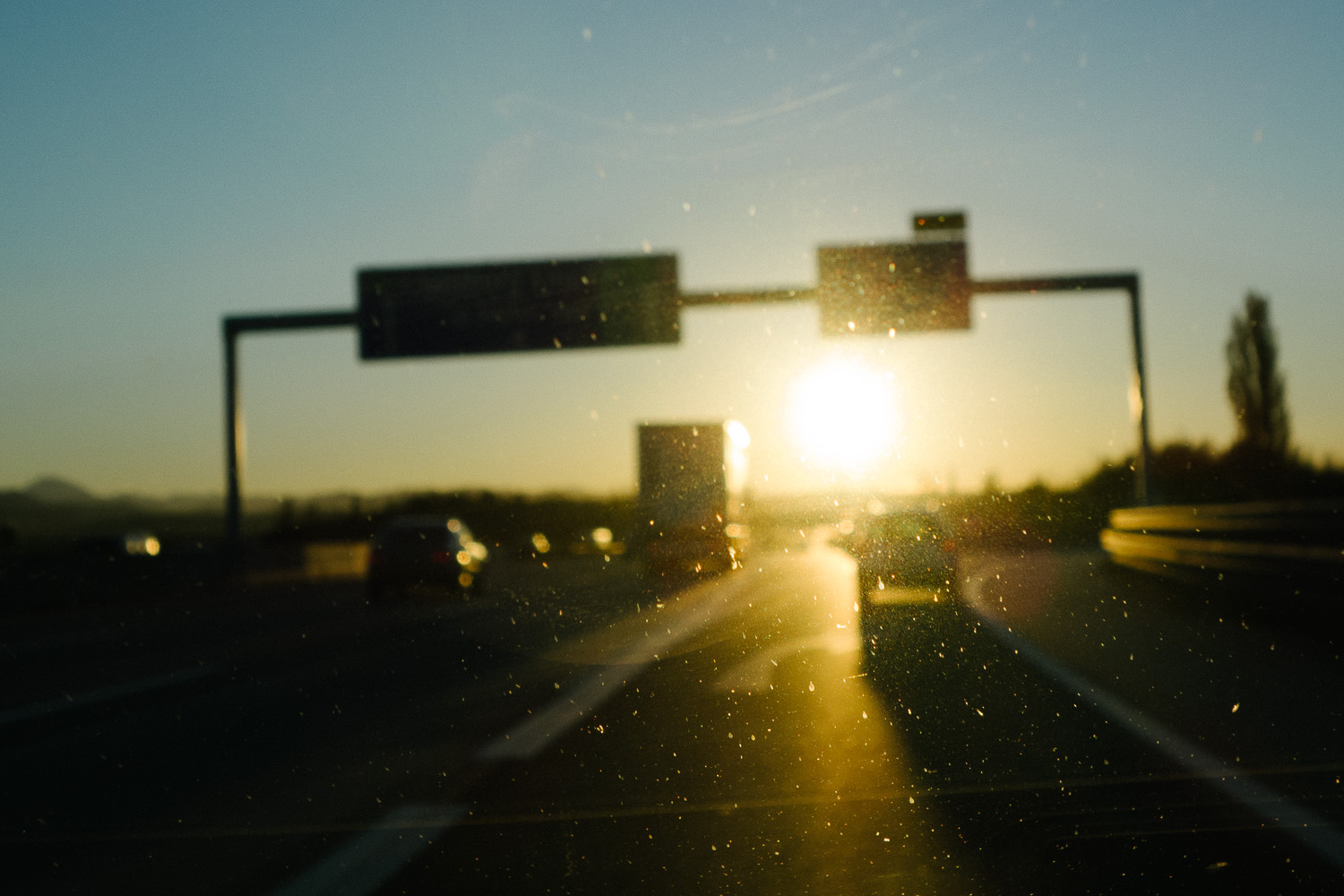 The picture above is not sharp or better it is unsharp but it is not totally unsharp. It is easy to see what’s in there: A couple of cars driving along the Autobahn into the setting sun. The fast AF of my RX100 focused on the dead flies on the windscreen and created a better shot than if it would have focused on the cars.

Today it’s easy to get sharp, correctly exposed and colorful shots. But because it’s so easy  they became standard and an imperfect image becomes more interesting: Unsharpness caused by subject movement or because of a limited depth of field is the perfect way to break out. Or high contrast BW shots or over and underexposed shots or to give you another example my personal favorite: shooting into the sun.

When I decided for a banner image for my blog I wanted an image I took abroad, on vacation, with a small big sensor camera. An image that symbolizes being on the road, an image with a positive feeling ( into the sun ), an image without a clear subject.

The image I have chosen was one I never considered to be a keeper but did not delete. I still like it.

Regarding the image of this post: I cropped the shot and used VSCO film for post processing. I really got addicted to it. It improves images as it removes the digital look.