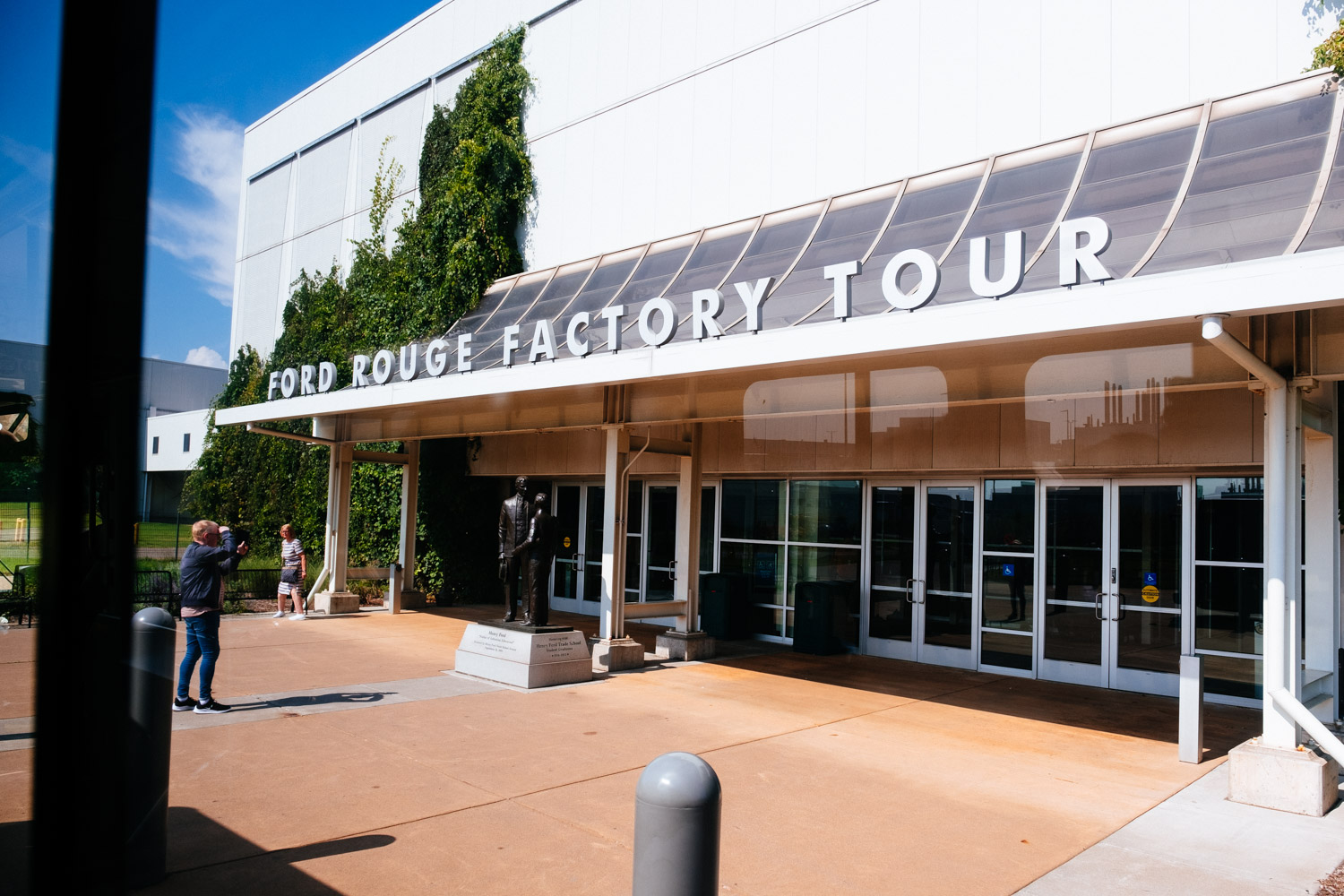 Last entry I told you that Cleveland was not on my bucket list but Detroit and the famous Ford factory “The Rouge” in Dearborn was.

When it was clear that we will visit Detroit it was clear to me that I have to see this factory. The factory! Of course in order to see “The Factory” I should have built a time machine first because the times have changed. In 1930 more than 100.000 people worked in the biggest factory on earth. Today it’s 5.000 but at least they have a green roof now. 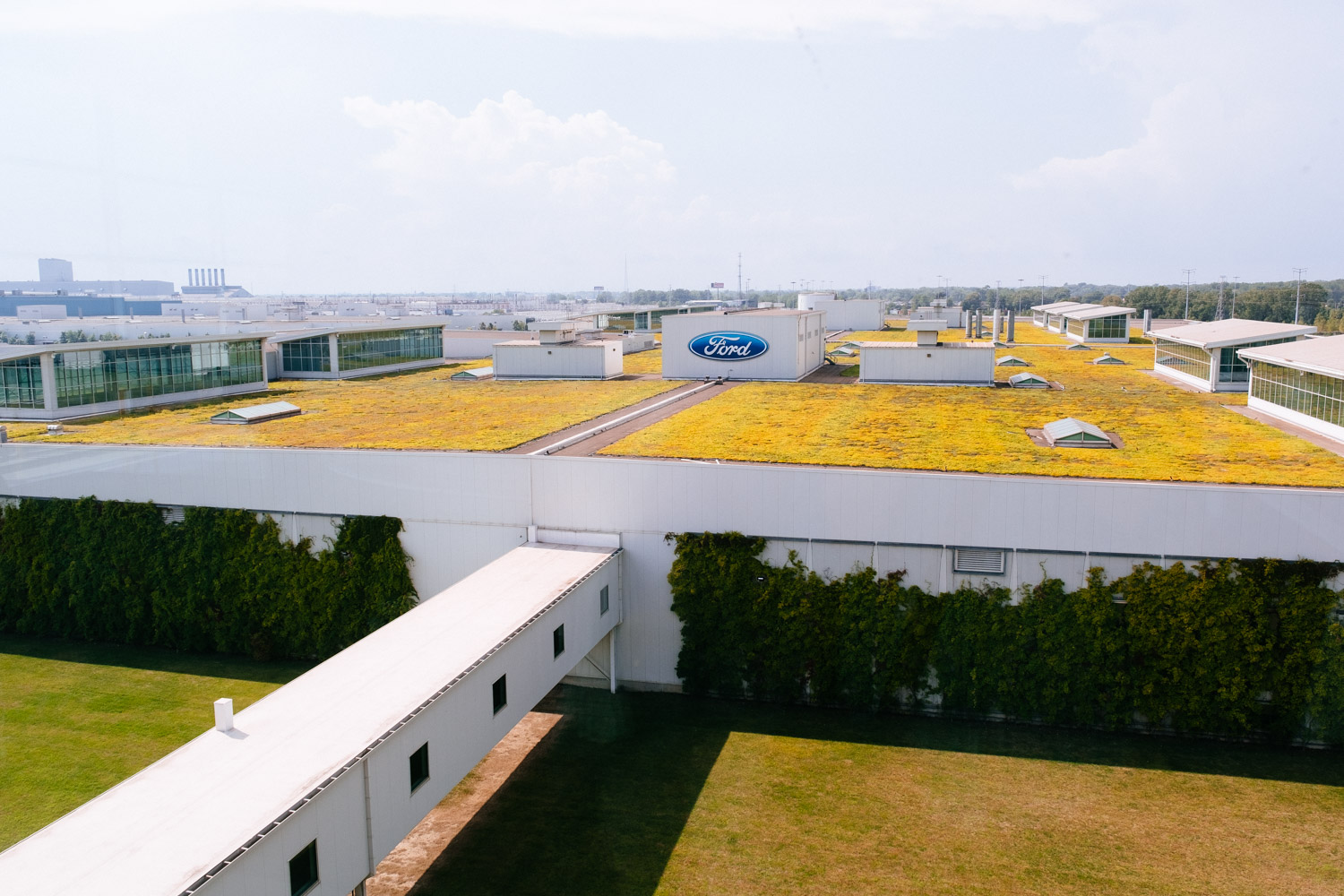 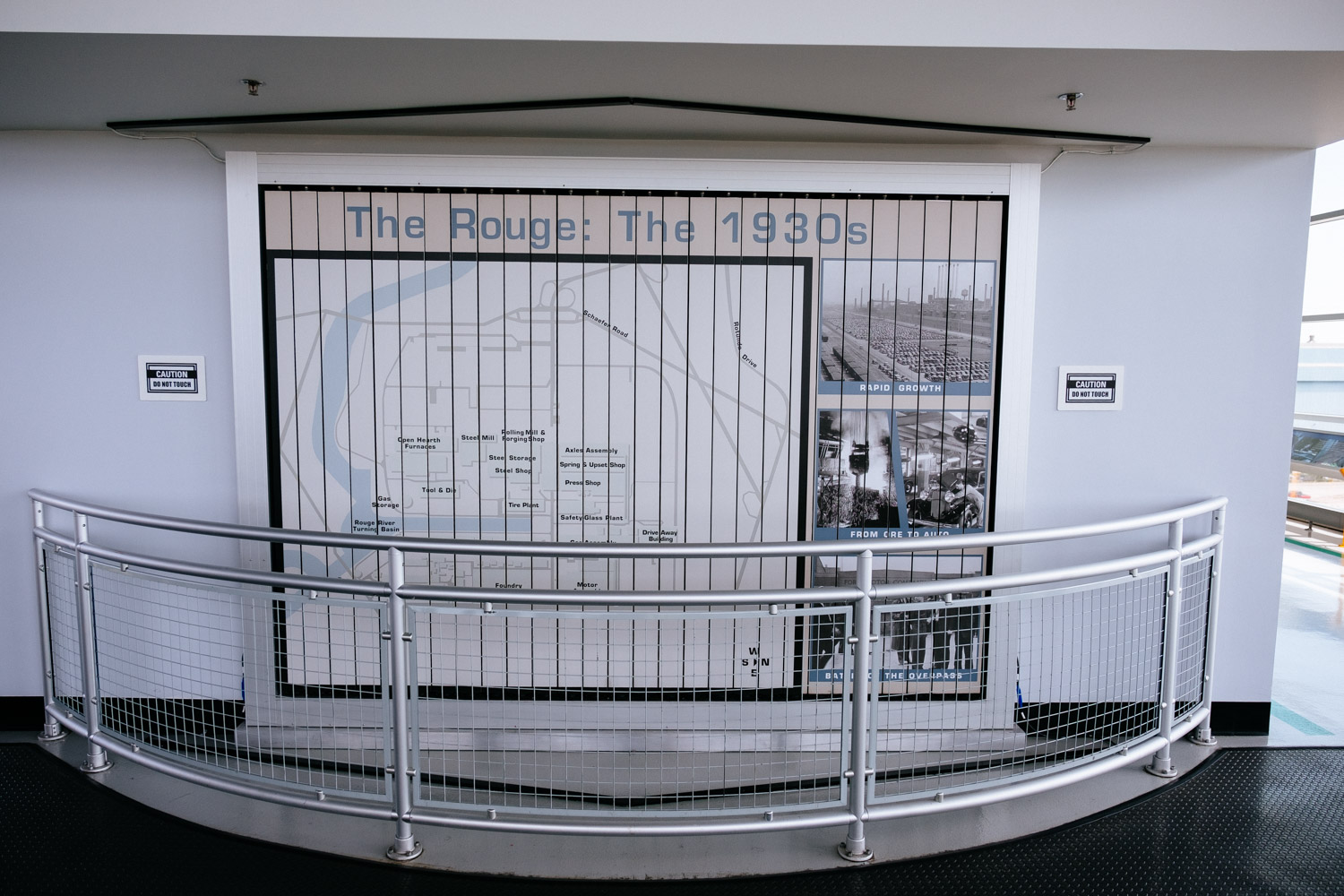 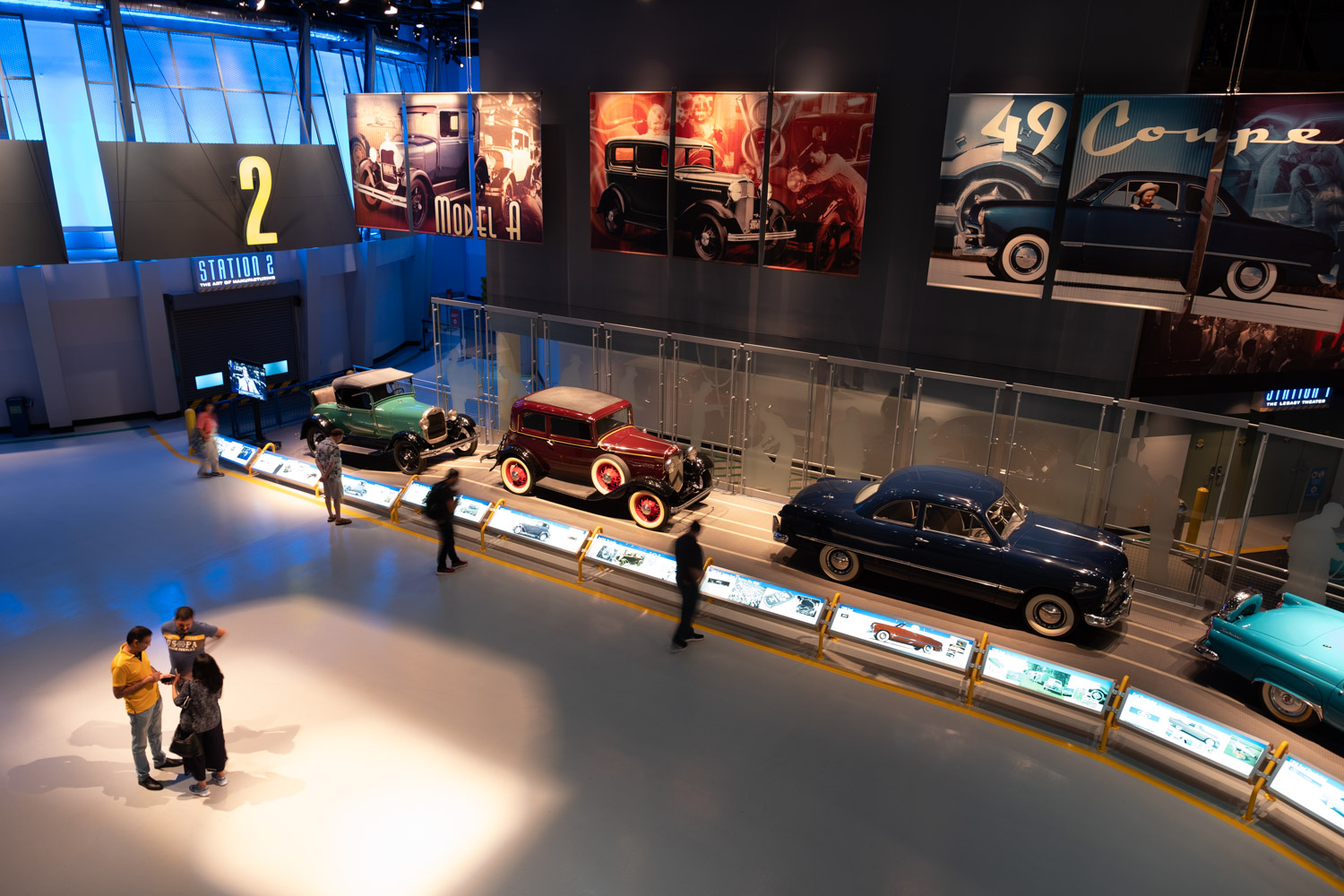 It’s still worth a visit. First of all there is the assembly plant of the Ford F150 pick up truck, the most popular “car” in the USA. Just like the VW Golf in Germany. But that’s where the similarities end. Trust me.

This is the first car factory I visited and there is a lot to see even though it is just the assembling lines that are open to the public. I guess one of the main reasons is that this is the part with the most workers. That is what you want to show. That you provide work for many people. Not a line of welding robots from Japan.

But first of all there is an instruction into the history of “The Rouge”. And there is a totally new cinema where you can hear the pressing machines in original sound levels. You even get wind and a shaking seat. Impressive for sure but I was glad when it was over because I started worry about my hearing. After the factory tour there are beautiful Fords of the last on display and of course an F150.

One funny thing: During the tour through the factory we saw a big group of Amish people. I still regret that I haven’t asked them why they are there. Maybe it is different if you grew up in Pennsylvania but for someone from Europe Amish people are as exotic as it gets. 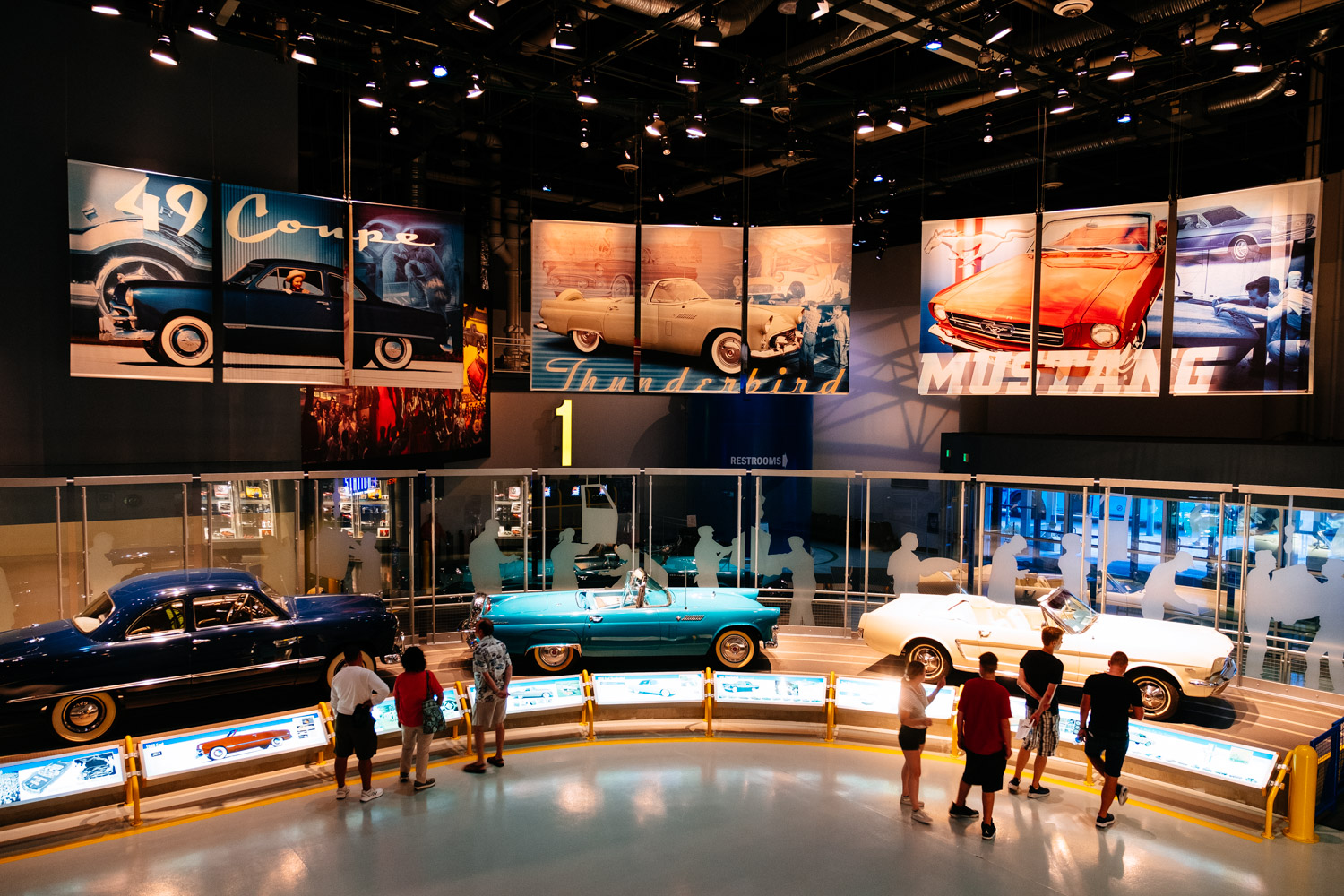 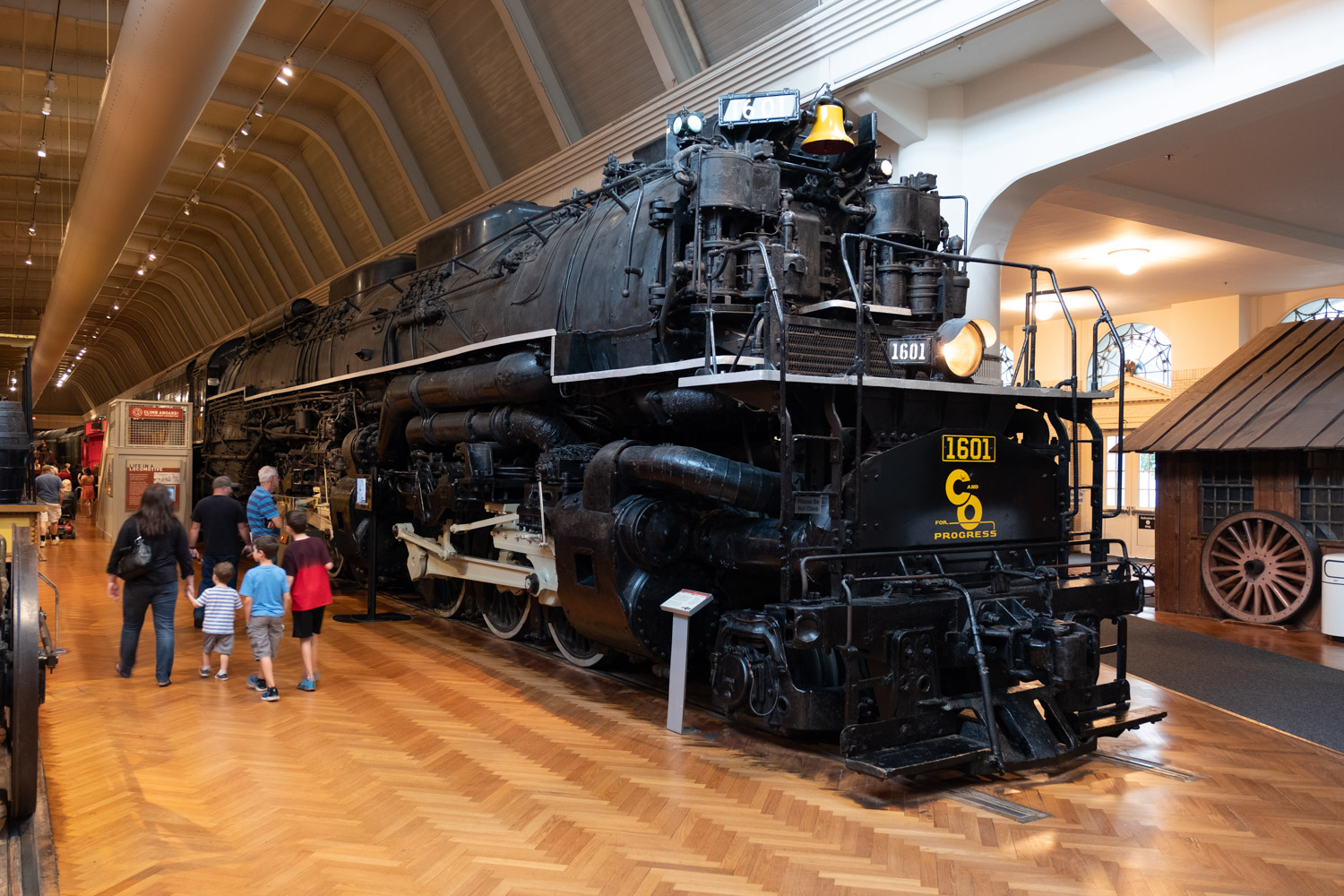 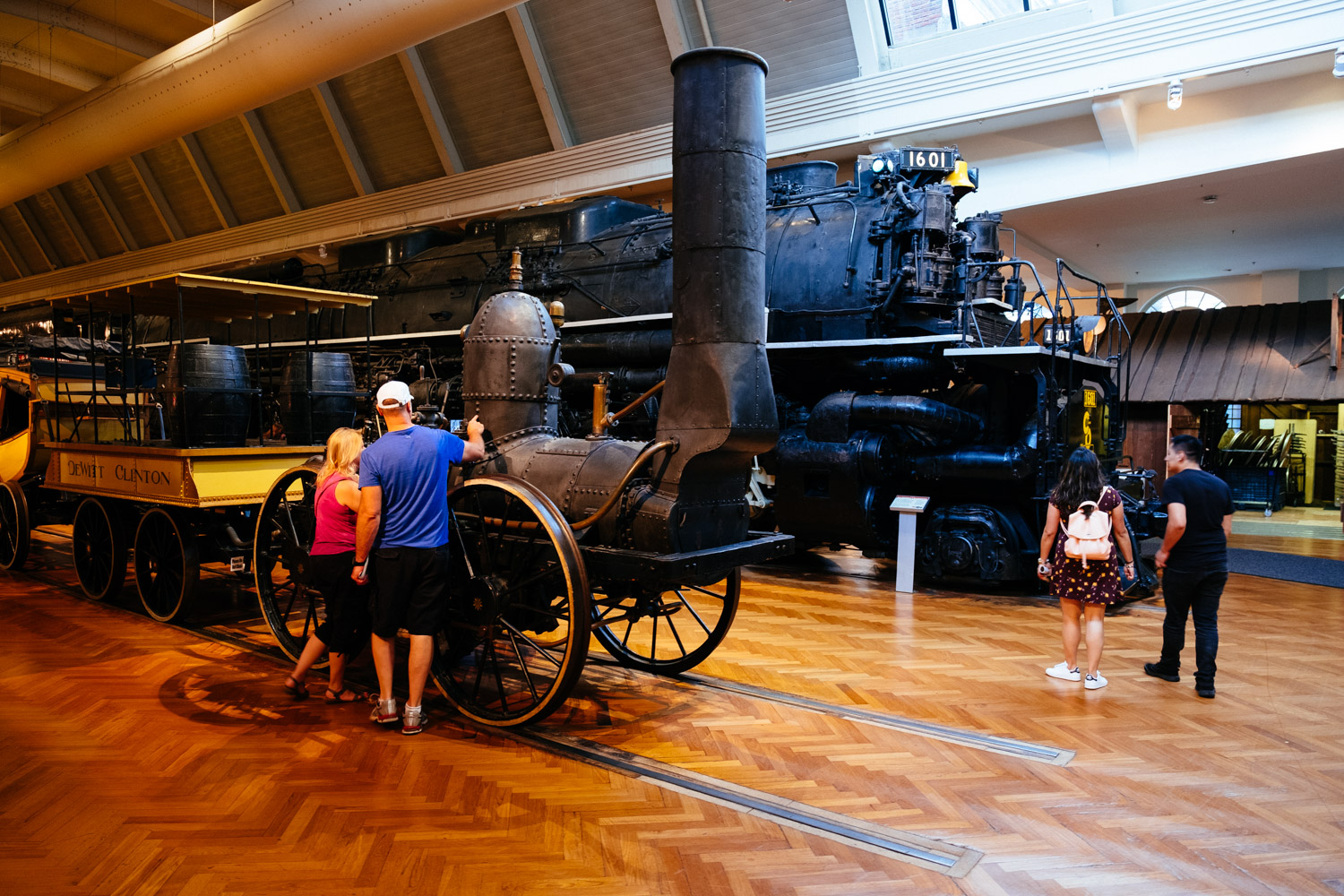 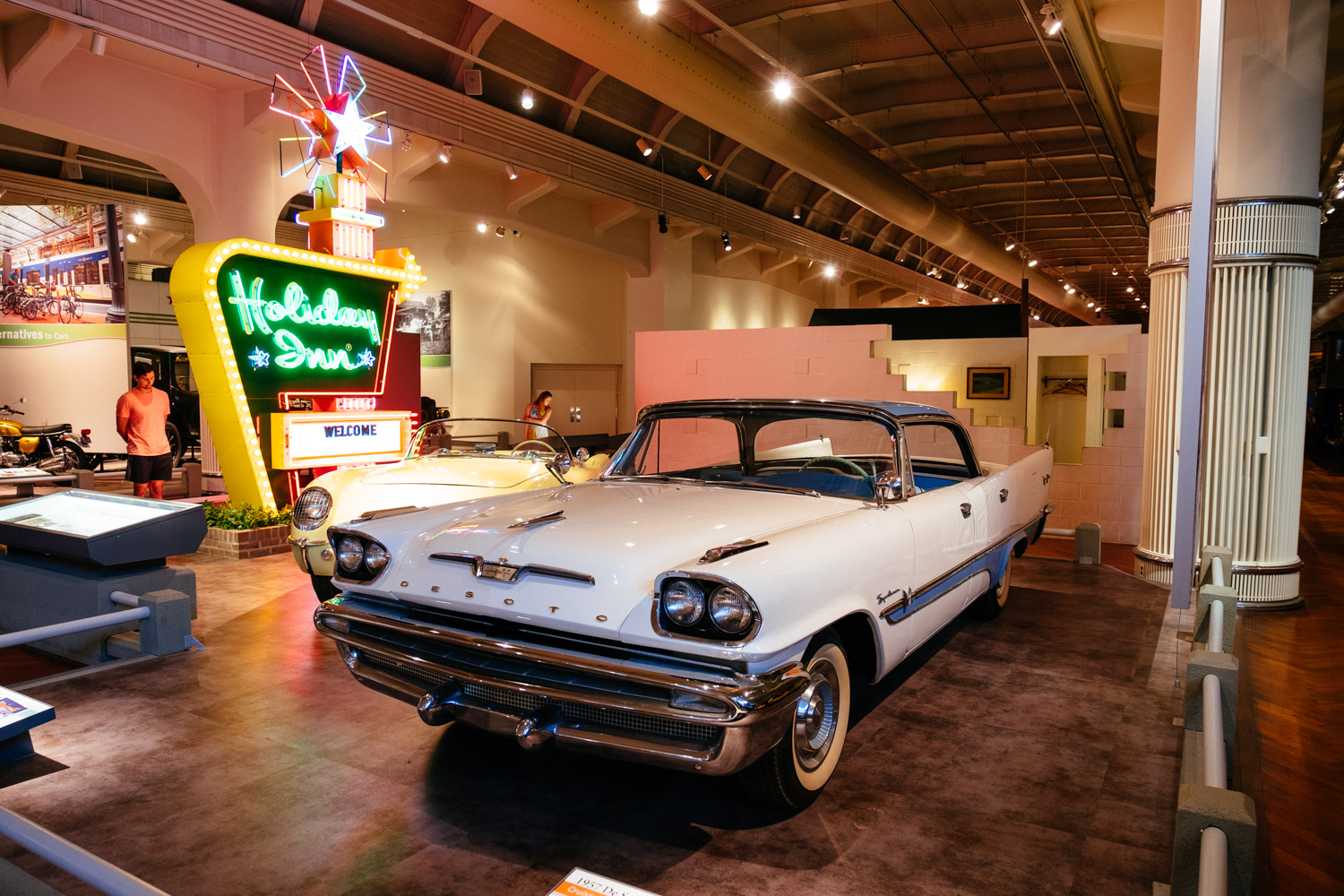 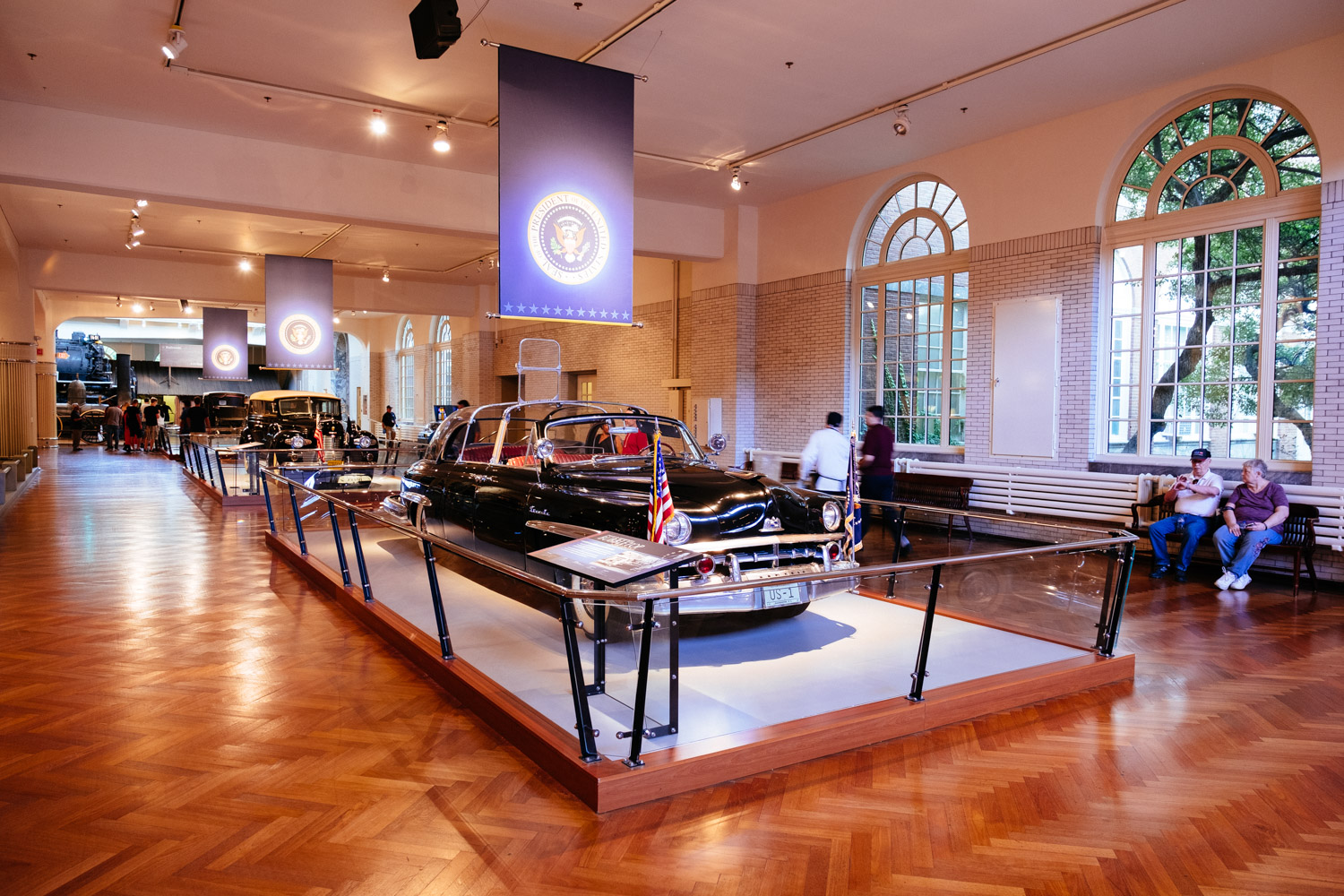 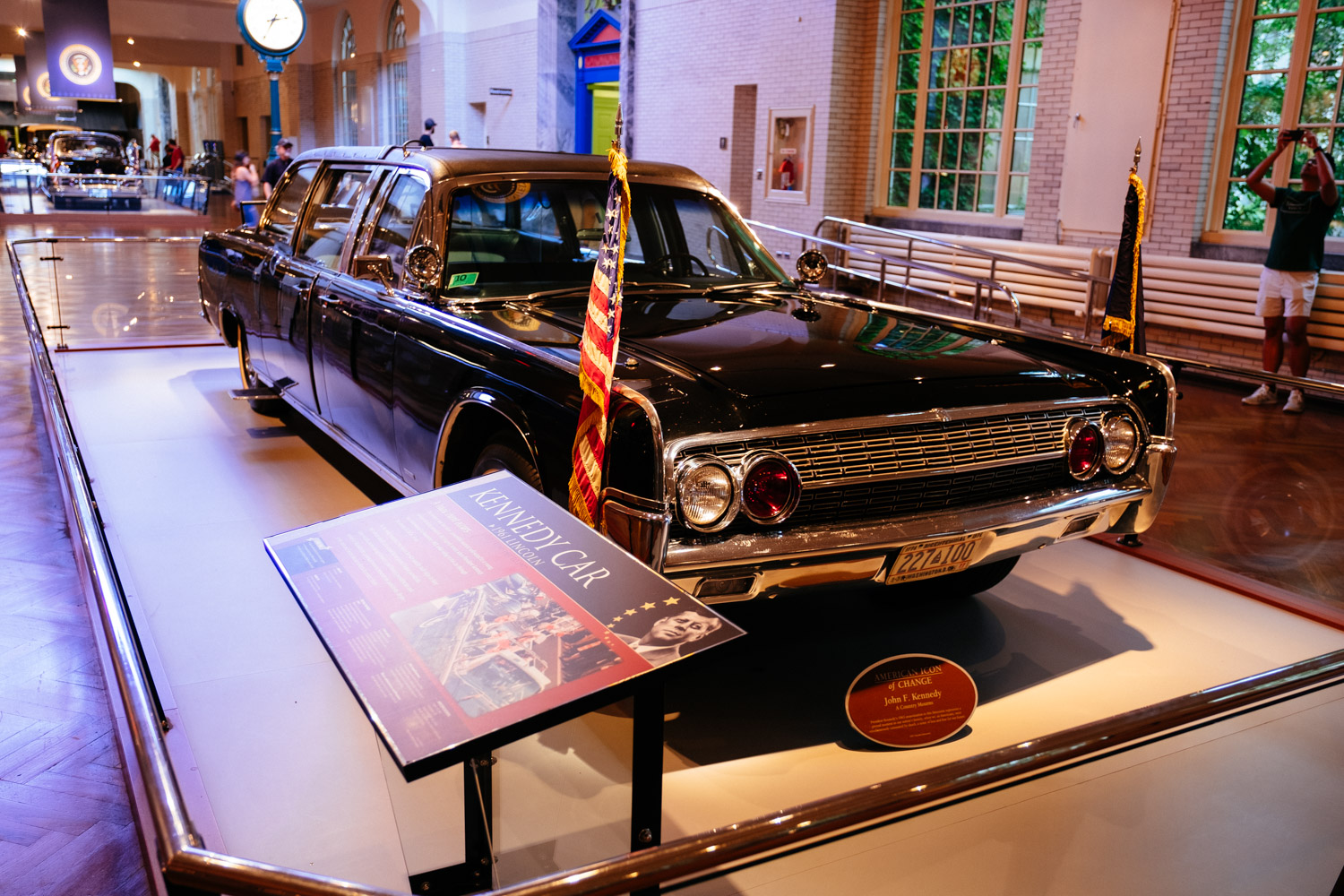 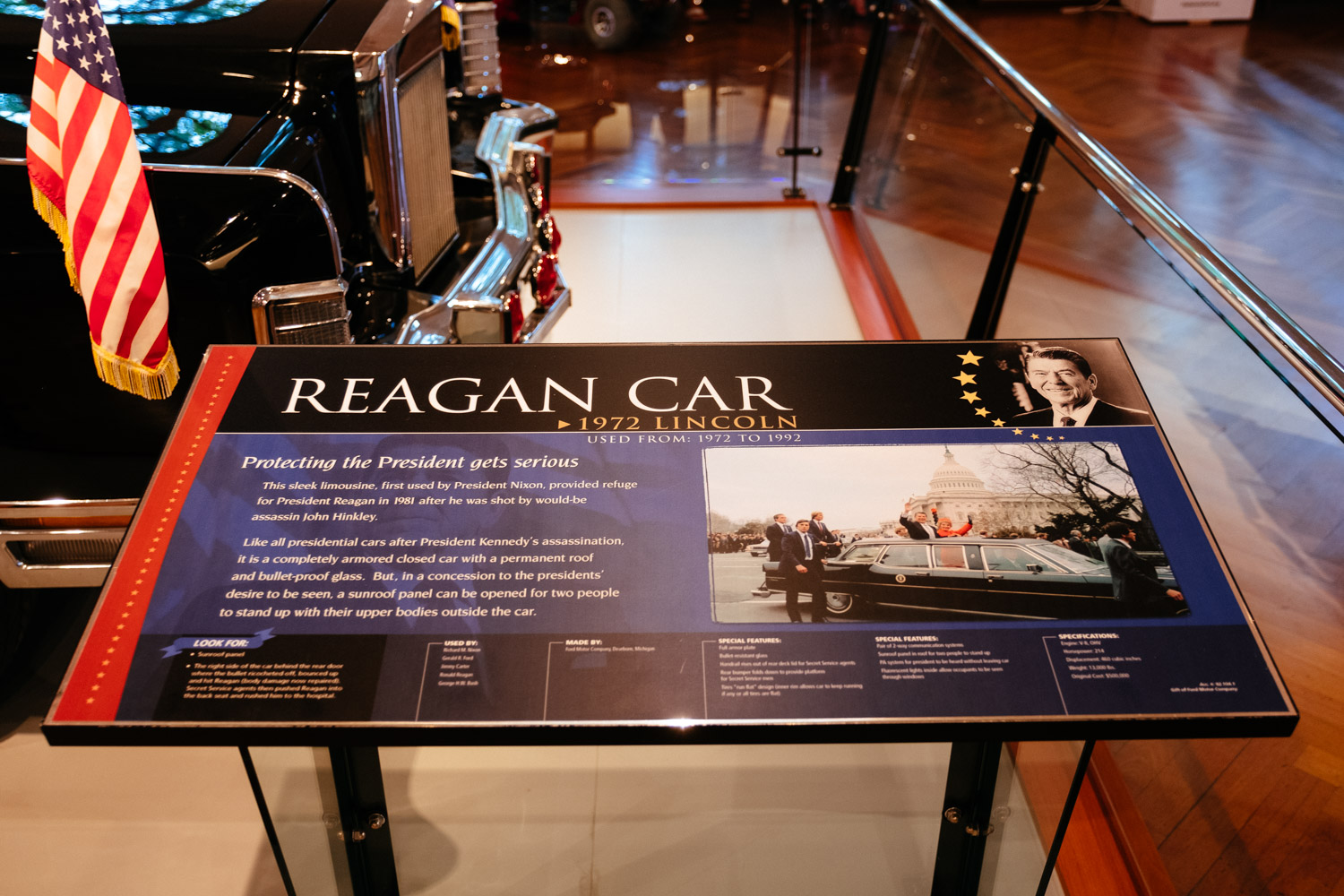 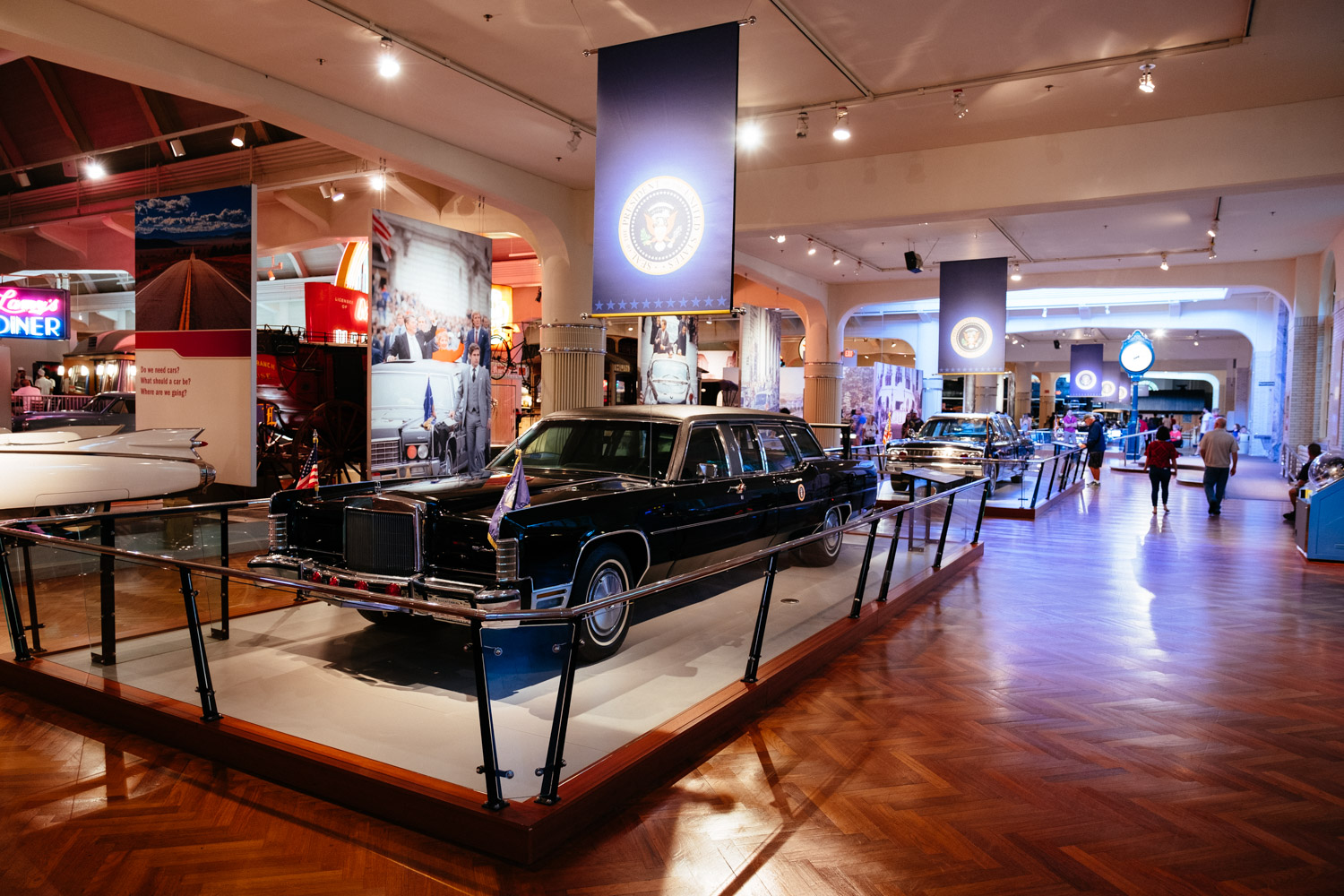 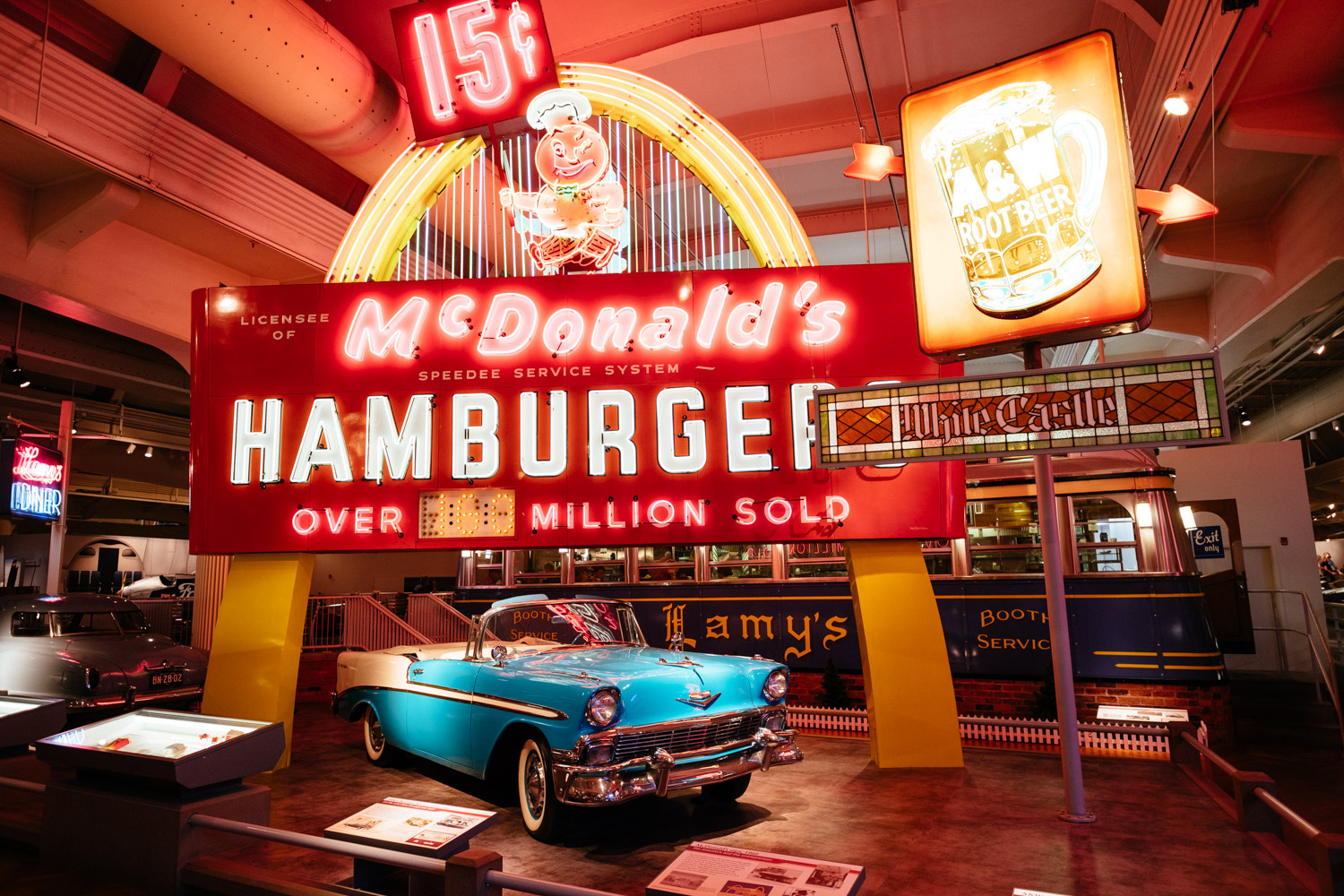 After the factory tour we went back to the main visitor building. My wife sat down at the restaurant to rest, still sick. I went to explore the car museum which was in the same building complex.

The museum was huge. Many cars and other kinds of transport like locomotives, trams, rocket cars and caravans. I felt like a five year old boy. I also loved the cars of former US presidents. That up to Reagans car had a certain kind of style. All beautiful Lincolns. My favourite Us cars: The Lincolns from the mid 60s to the mid 70s. Real land yachts.

The actual one, called the beast, is an obscene vehicle. But it makes me smile because every time I see it I have to think of the scene outside the US embassy in Dublin. In case you haven’t seen the video just google “Obama’s car get stuck”. It’s really funny to watch. Forget missiles, all you need to stop the car of the US president is a ramp.

But back to the museum. It’s a must see for everyone who is into cars. And it’s not only Fords. There are many cars from other car makers too from the USA but also from Europe or Japan. I rushed through the museum because I wanted to get back to my wife to bring her in our hotel but you could easily spend hours here. 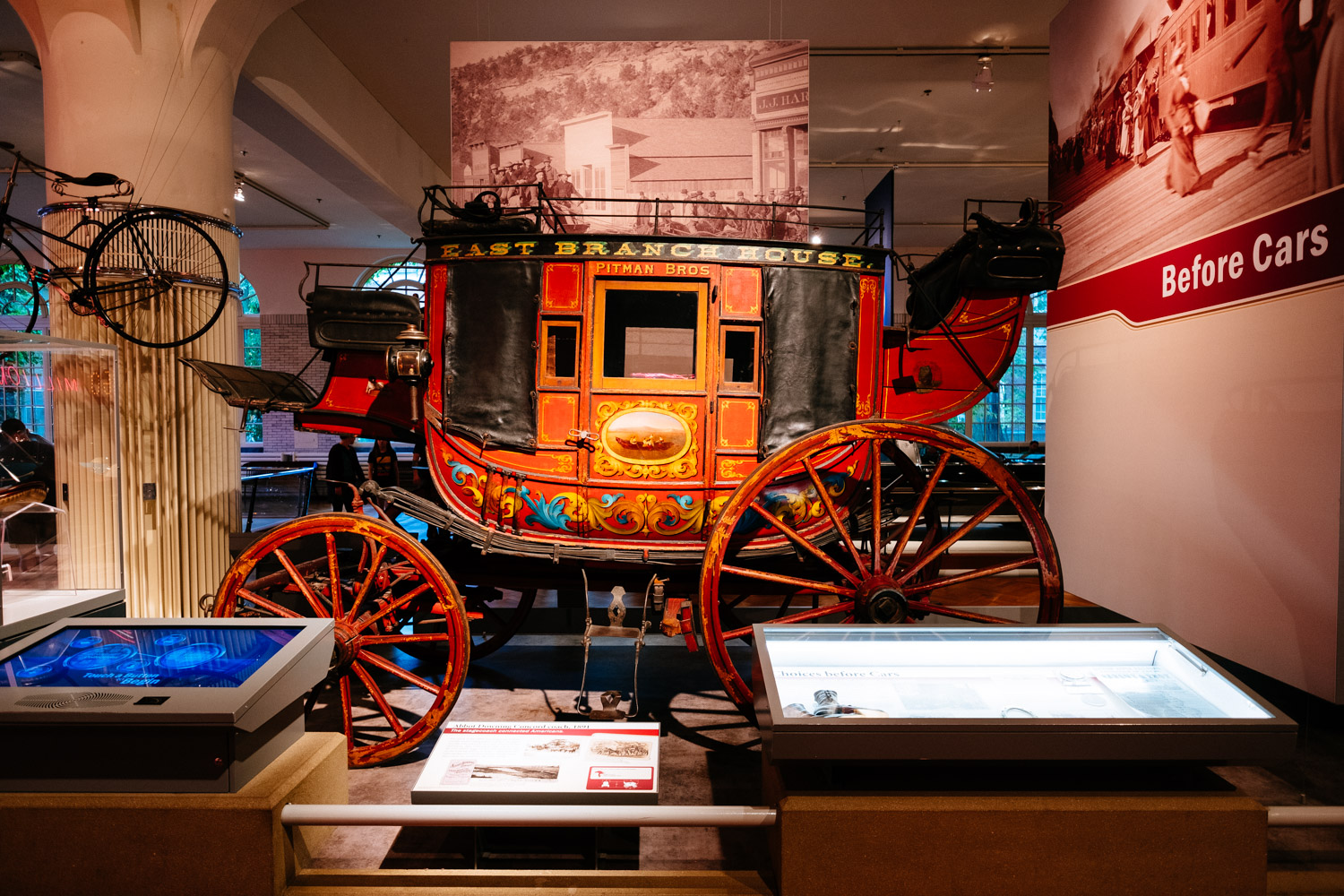 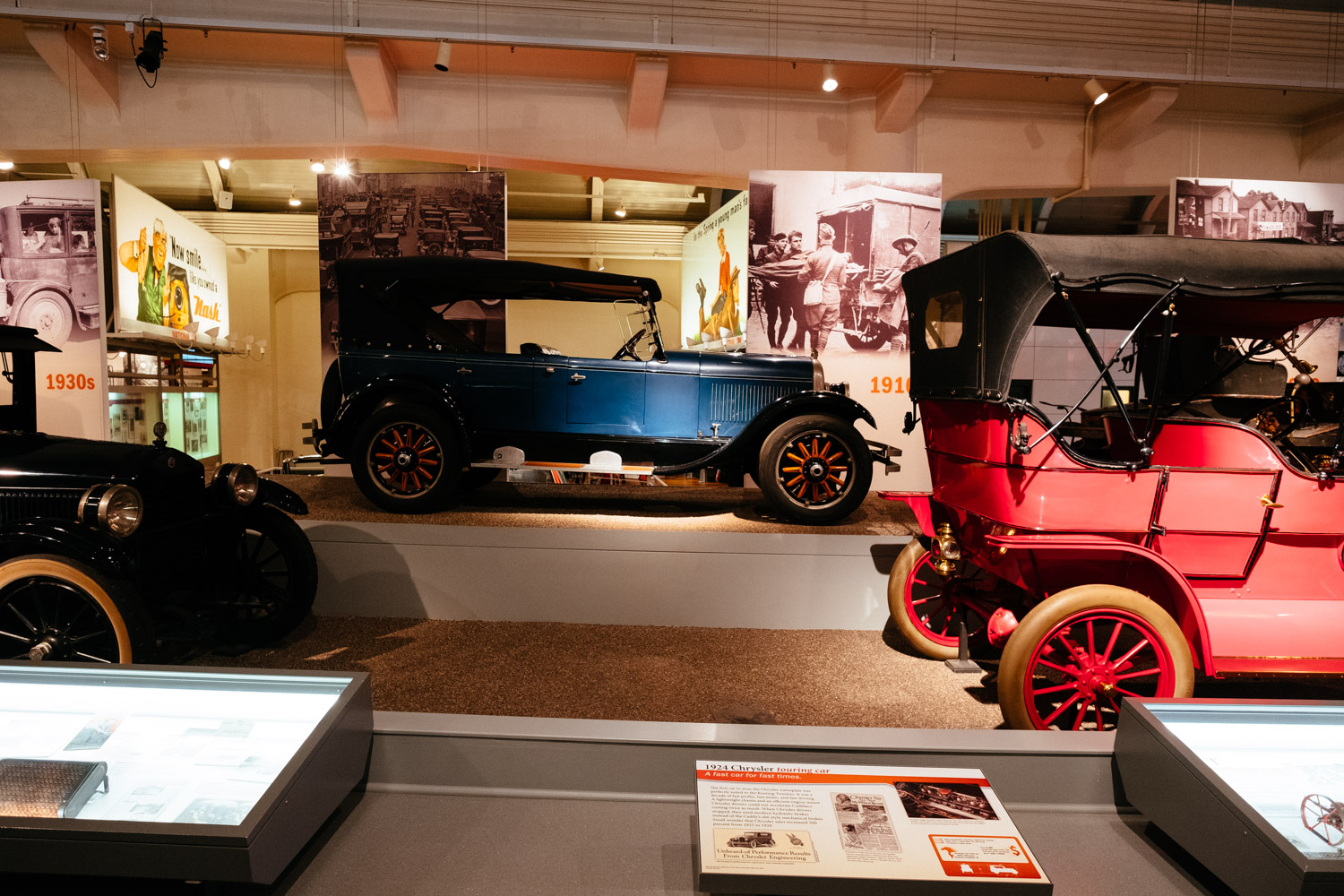 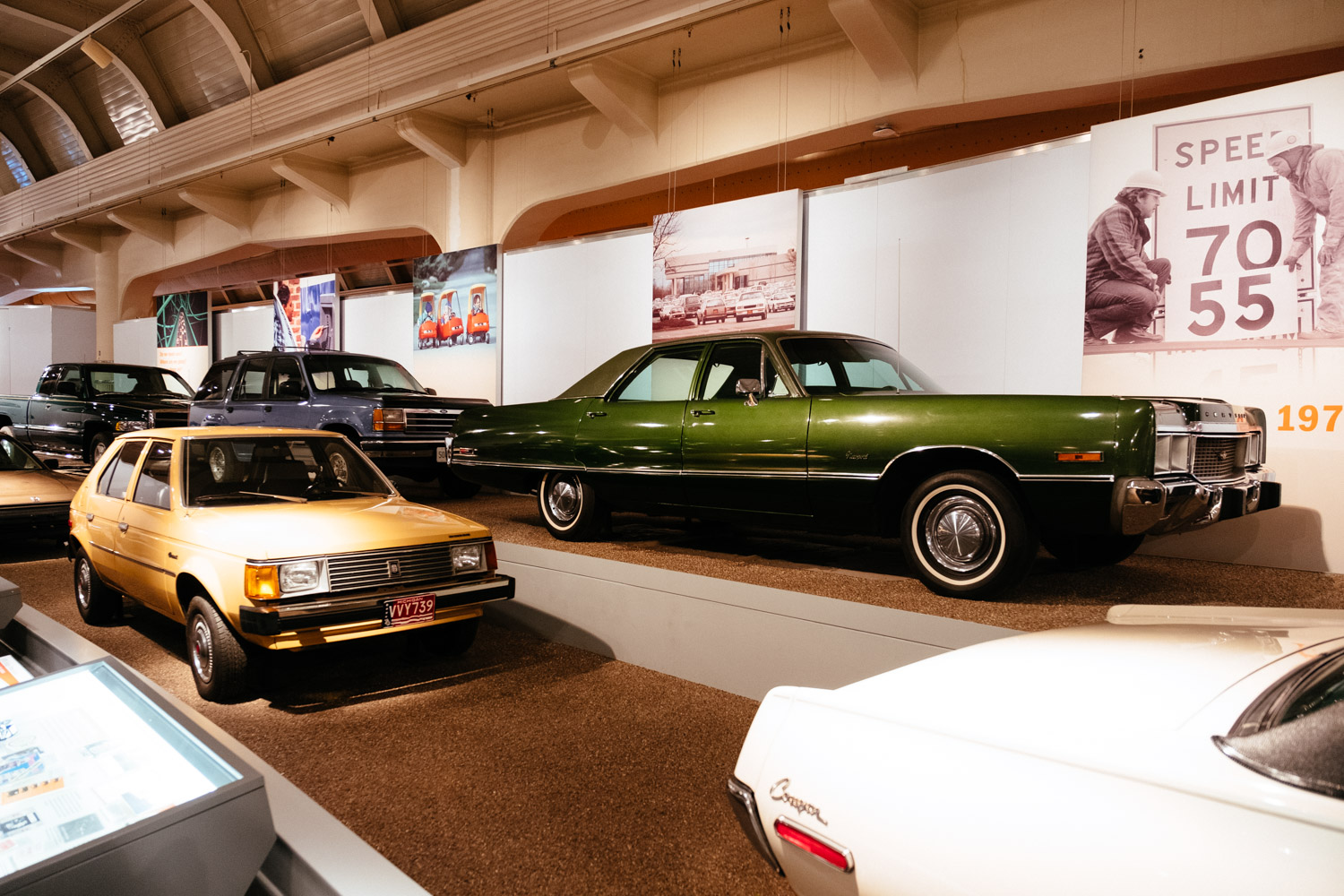 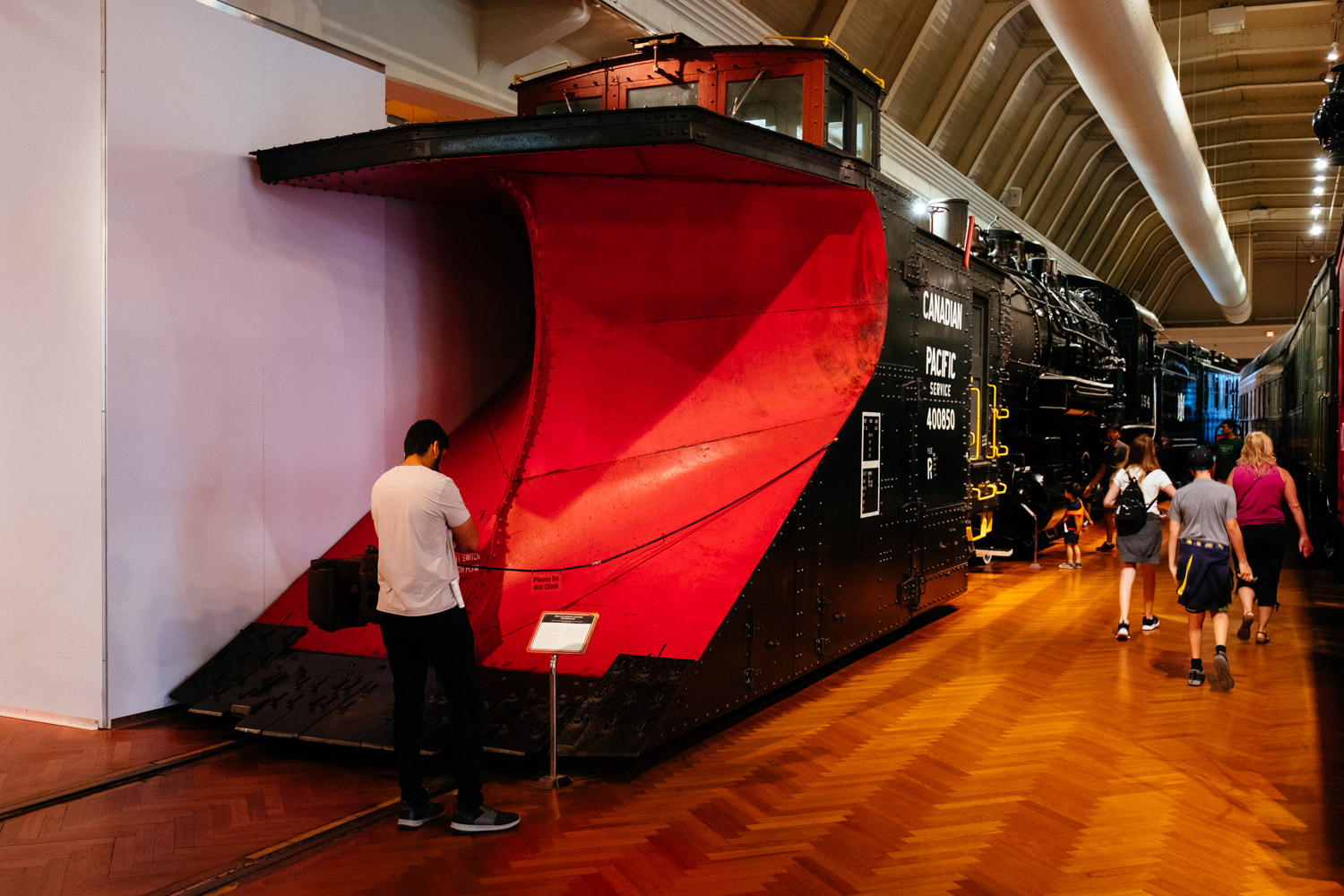 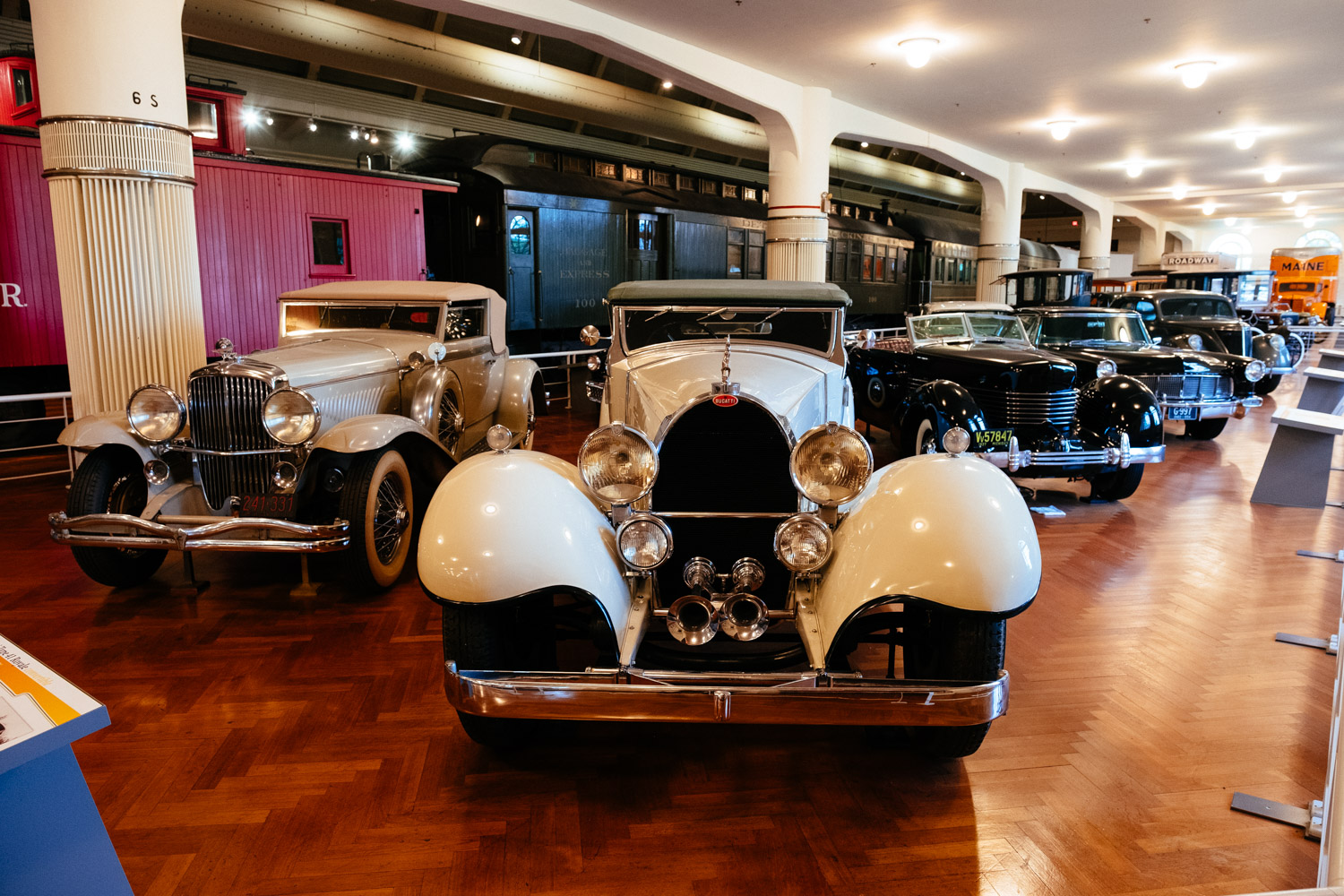 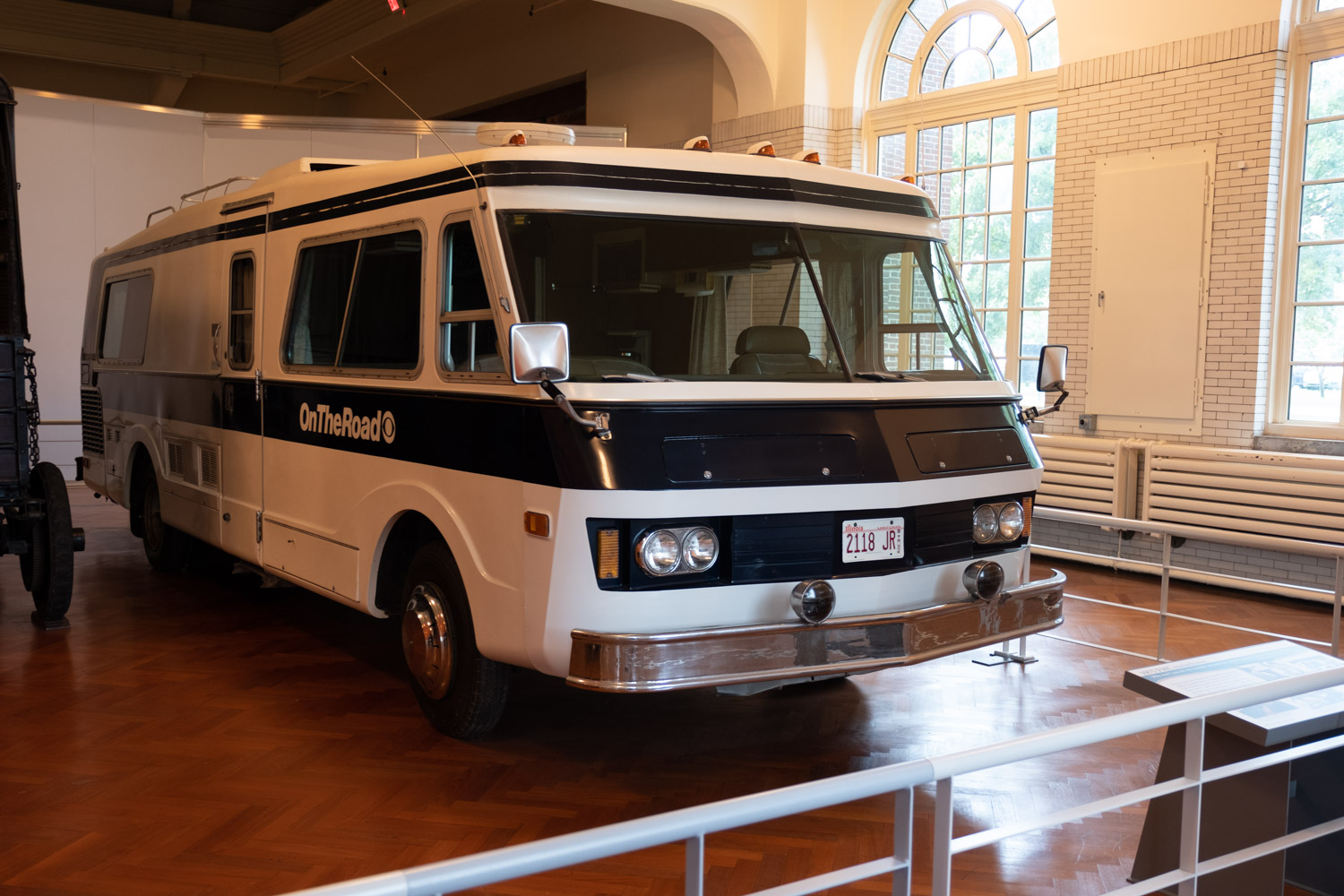 I know that I have mentioned it before but I have to do it again. The Fuji X-H1 plus the XF 16-55/2.8 WR is just the perfect combo and that’s why I got used to shoot with it during our vacation. The only exception is if I plan to walk around all day I prefer a lighter setup. In that case I’m back to my X-Pro2 plus 14/2.8, 23/2 and 35/1.4. The other occasion when I prefer to lighter setup is when we go for dinner. It feels still less awkward for me to pull out a smaller camera in a restaurant. I know that sounds strange but there is nothing I can do. A smartphone of course is even more discrete.

Talking about discrete. The lack of shutter noise in the X-H1 makes it the perfect museum camera too. When people use the fake shutter sound on their smartphones they make more noise. The camera handles brilliantly and the 16-55/2.8 is just fantastic especially on its wide end where it is most important.

Beside the Canon 6D plus the fantastic 24-70/2.8 II this is the most powerful camera lens combo I have ever used and indoors it’s even better because it is stabilised and the smaller sensor gives more DOF wide open.

I wish I had such a camera when I started traveling 30 years ago. I think I too have said this before already. 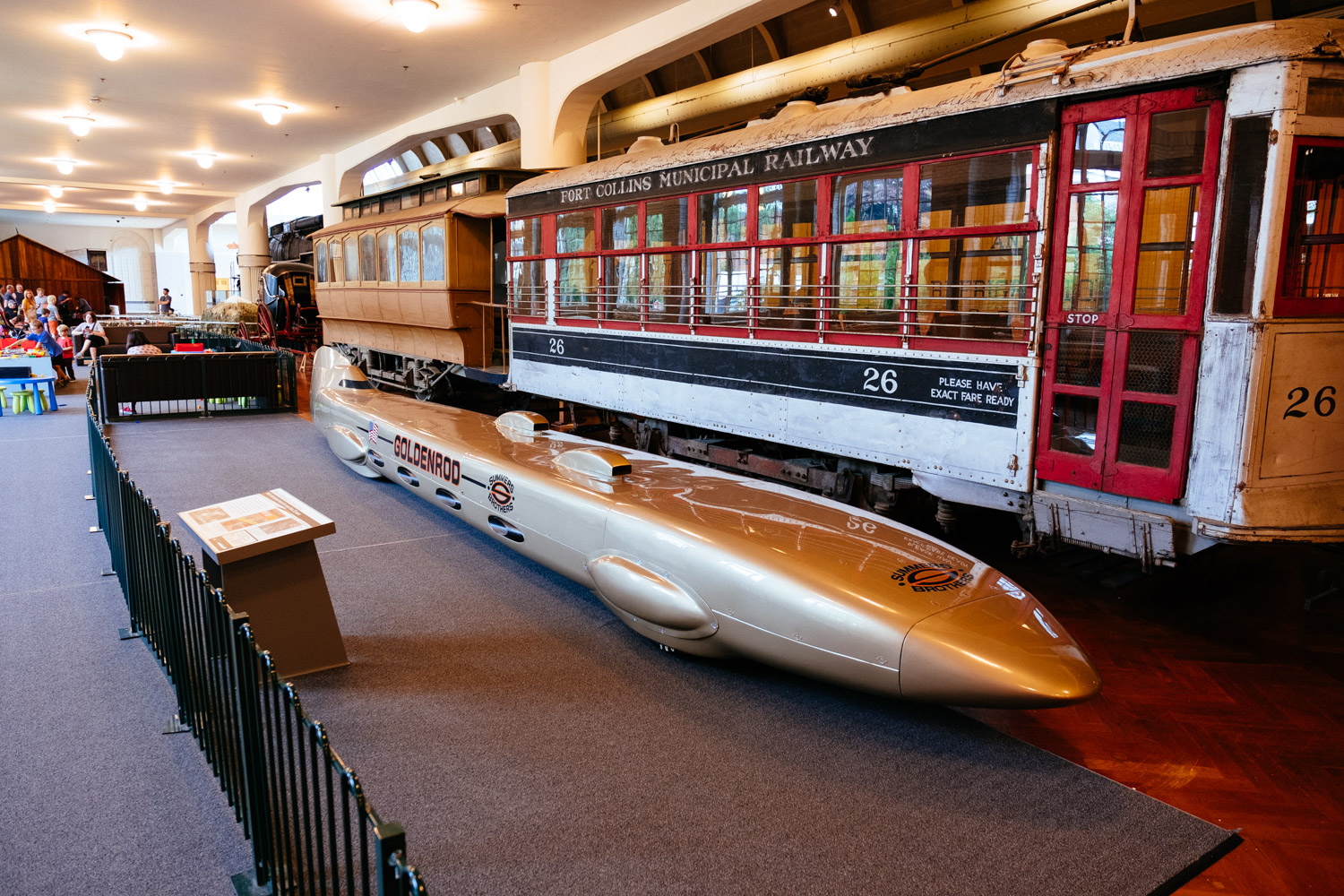