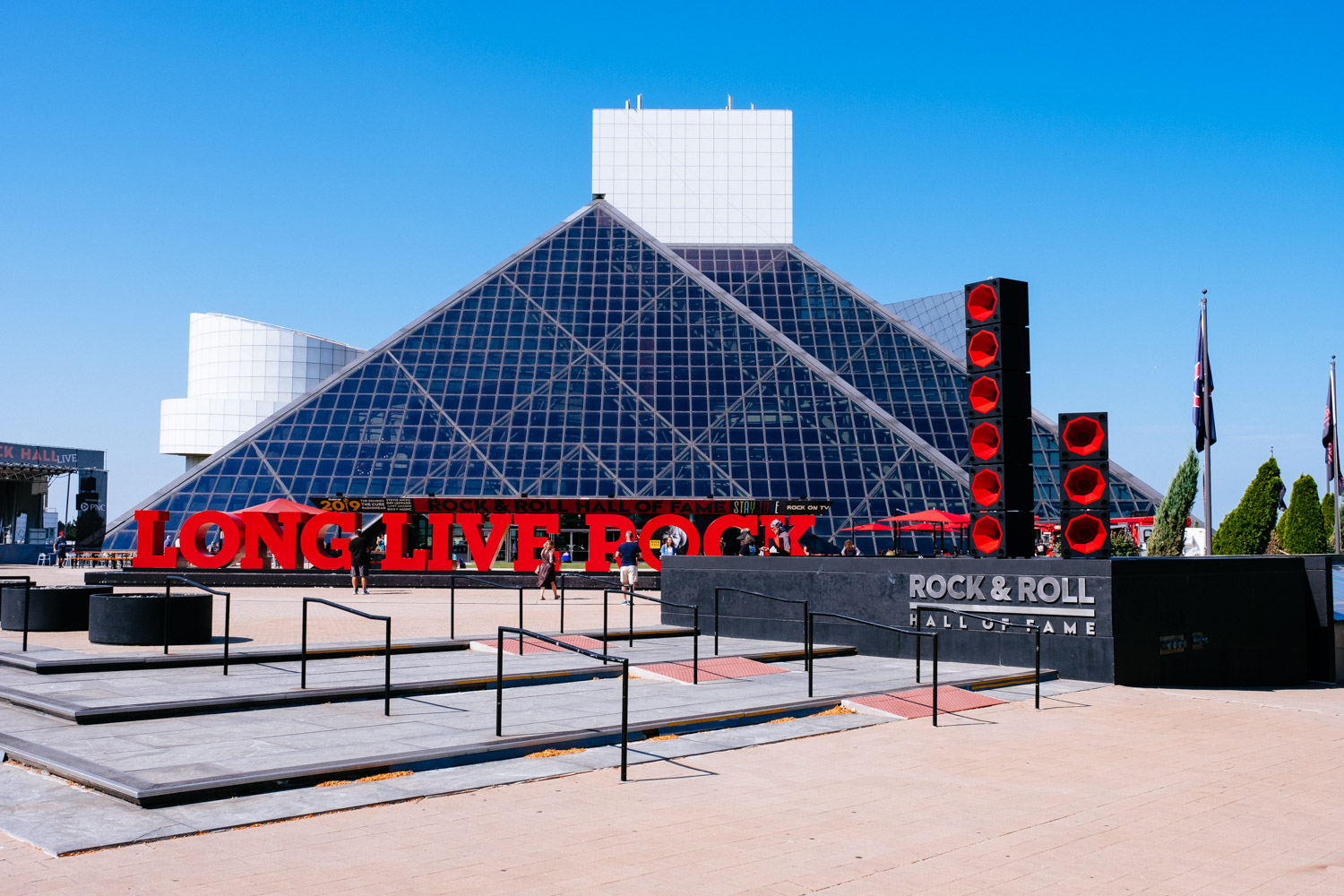 While Cleveland might not be the first city on anyones bucket list or on any bucket list at all there still is a real good reason to come here: Rock!

We haven’t planed to come here but we never plan our US road trips in detail. The only thing that we know in advance is the start point of our journey (which is also the end point most of the time) and some location we want to see. For this vacation we planned to see New York, Detroit, Chicago, Fallingwater, Niagara Falls and if there was still enough time Boston. The rest we usually figure out while on the road.

Cleveland was not on that list. It was just a convenient place to stop for one night before we continue to Detroit. Now I’m glad we stopped. It was a warm and cloudless autumn day so naturally we straight went to a museum. This is how spoiled we got on our US vacations. 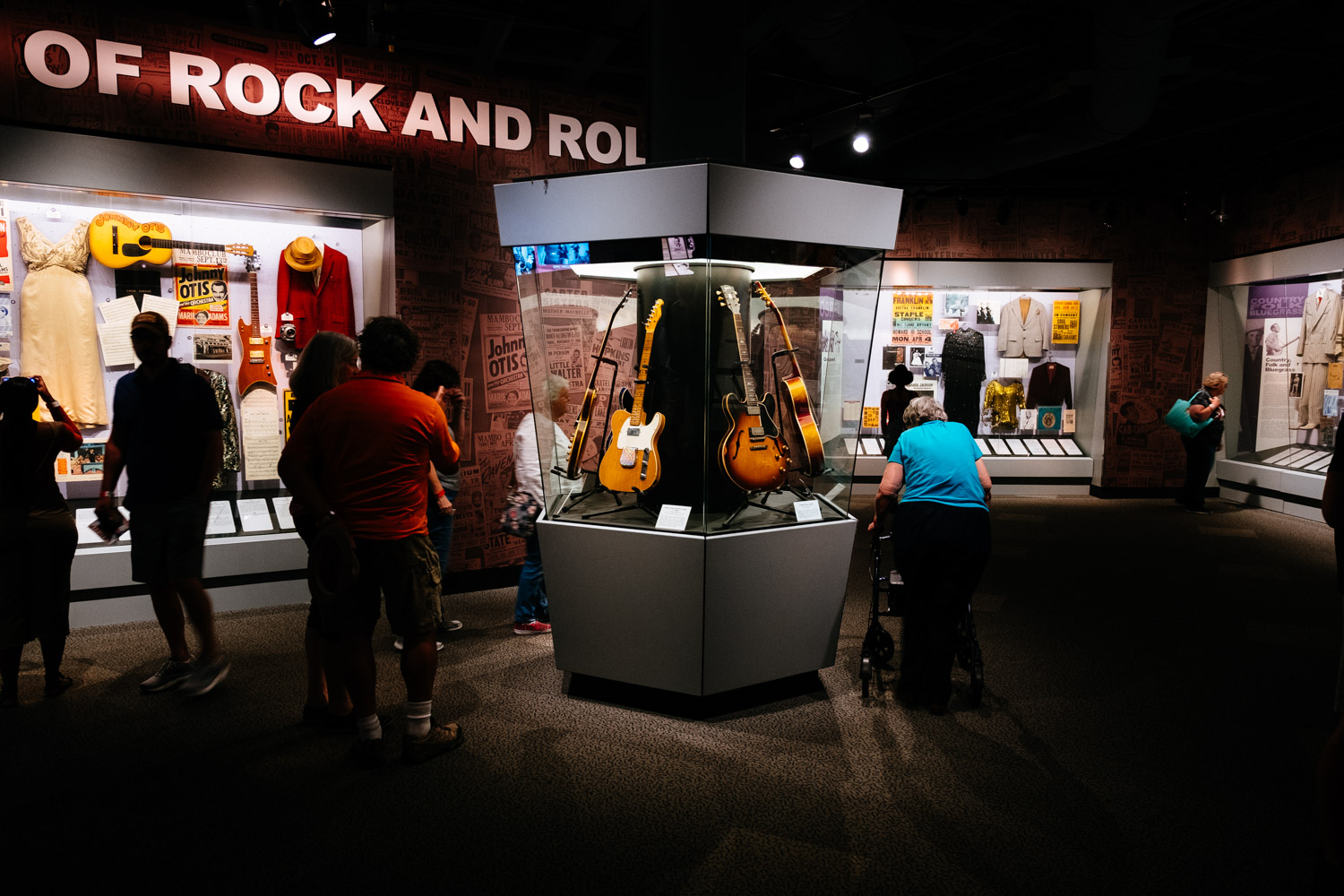 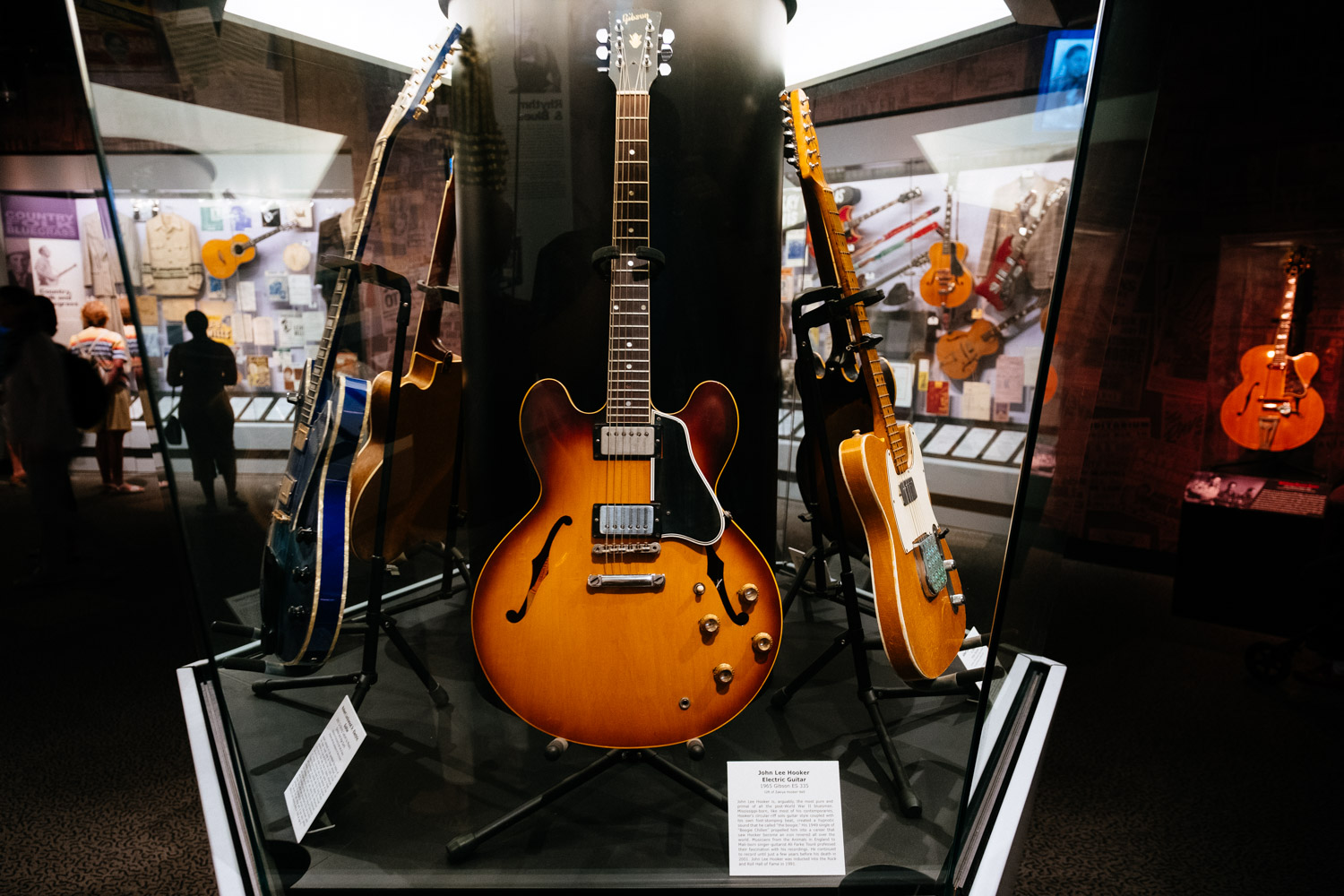 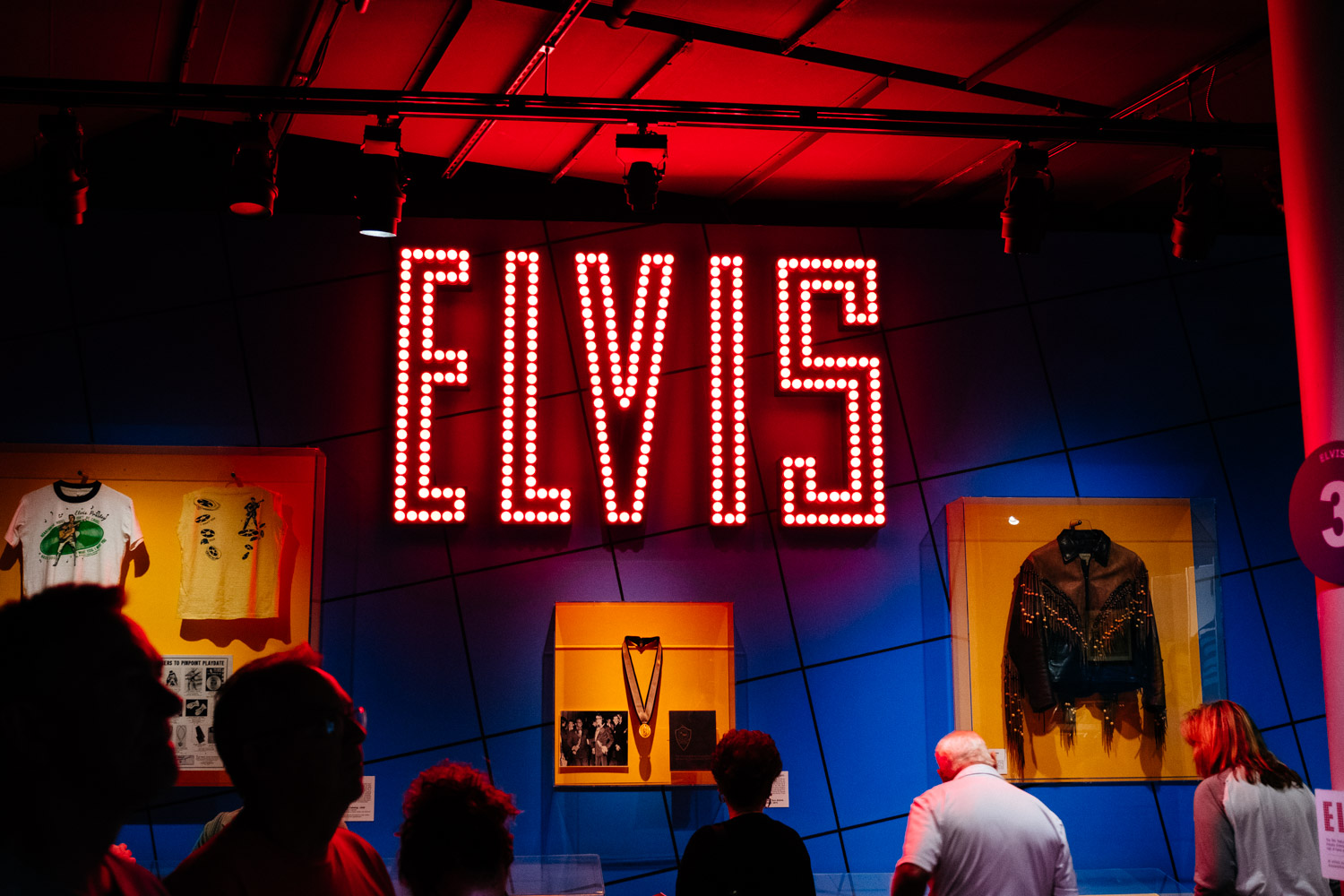 Outside it was sunny and warm, inside the museum it was rather dark and there was a weird smell, a disgusting mixture of weed and urine. Maybe some of the visitors were taking advantage of the many dark corners. But of course I could be wrong and they just had a problem with the air condition.

But Rock was never famous for being clean or to smell like a newborn so I think the weed/urine thing was somehow authentic. 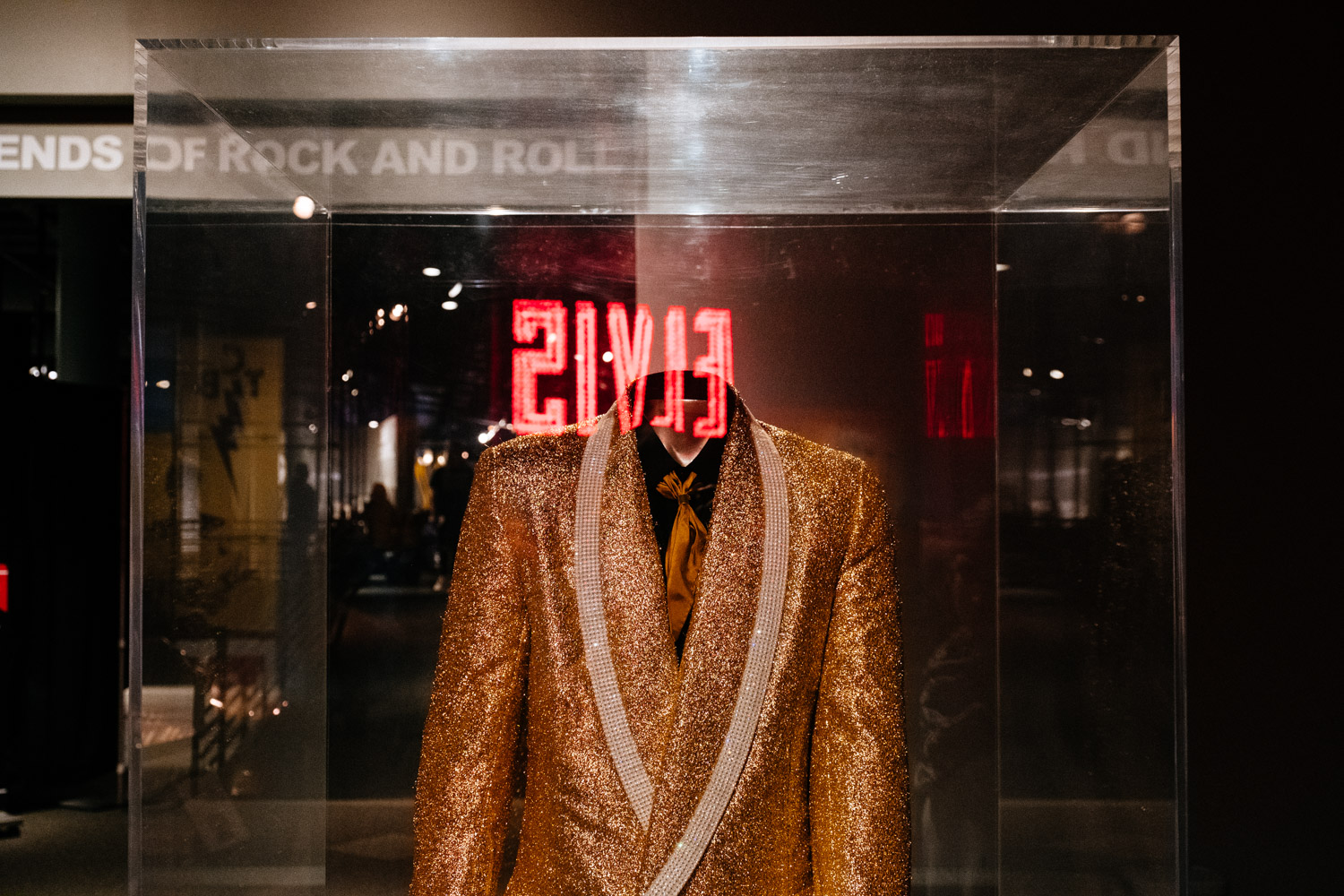 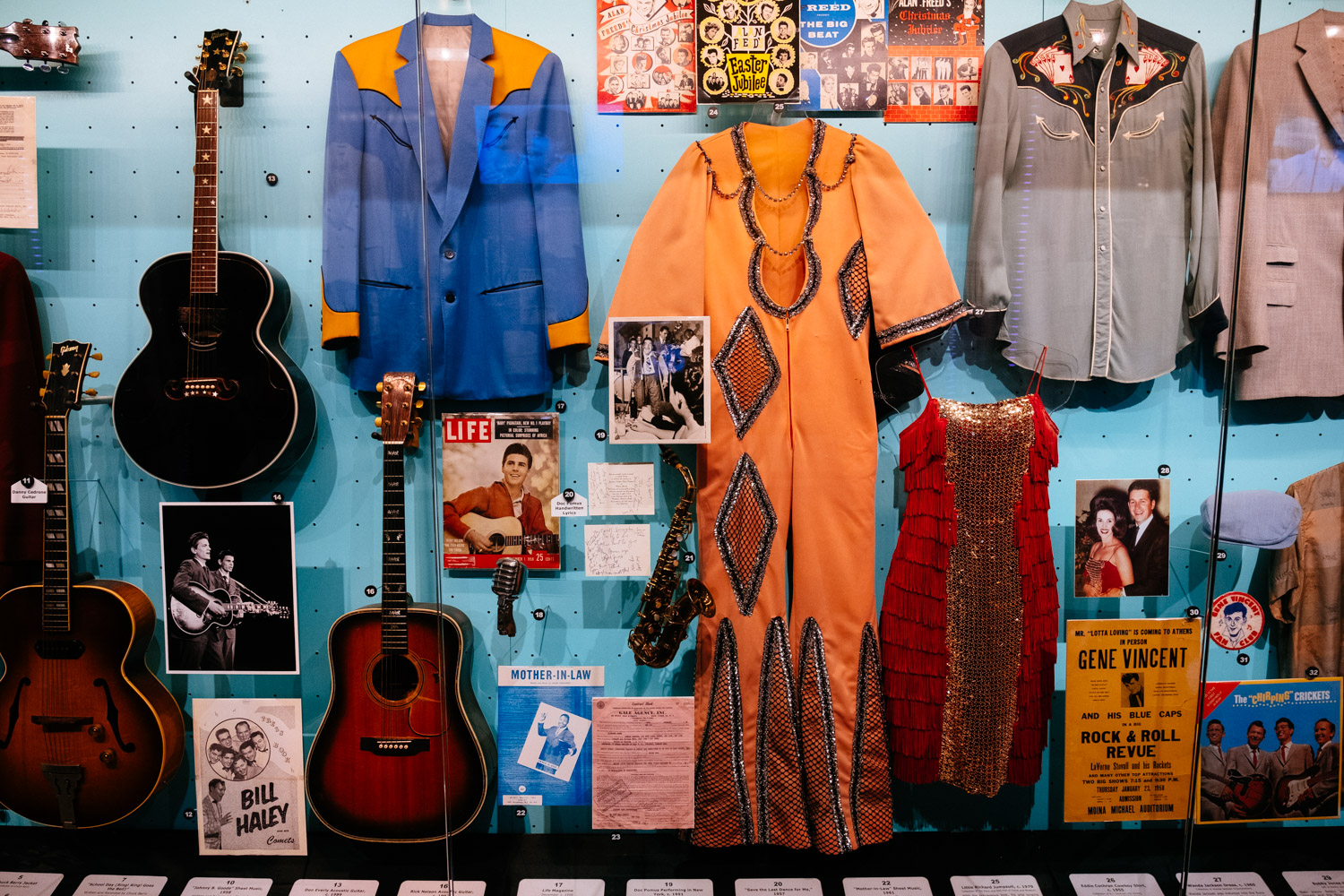 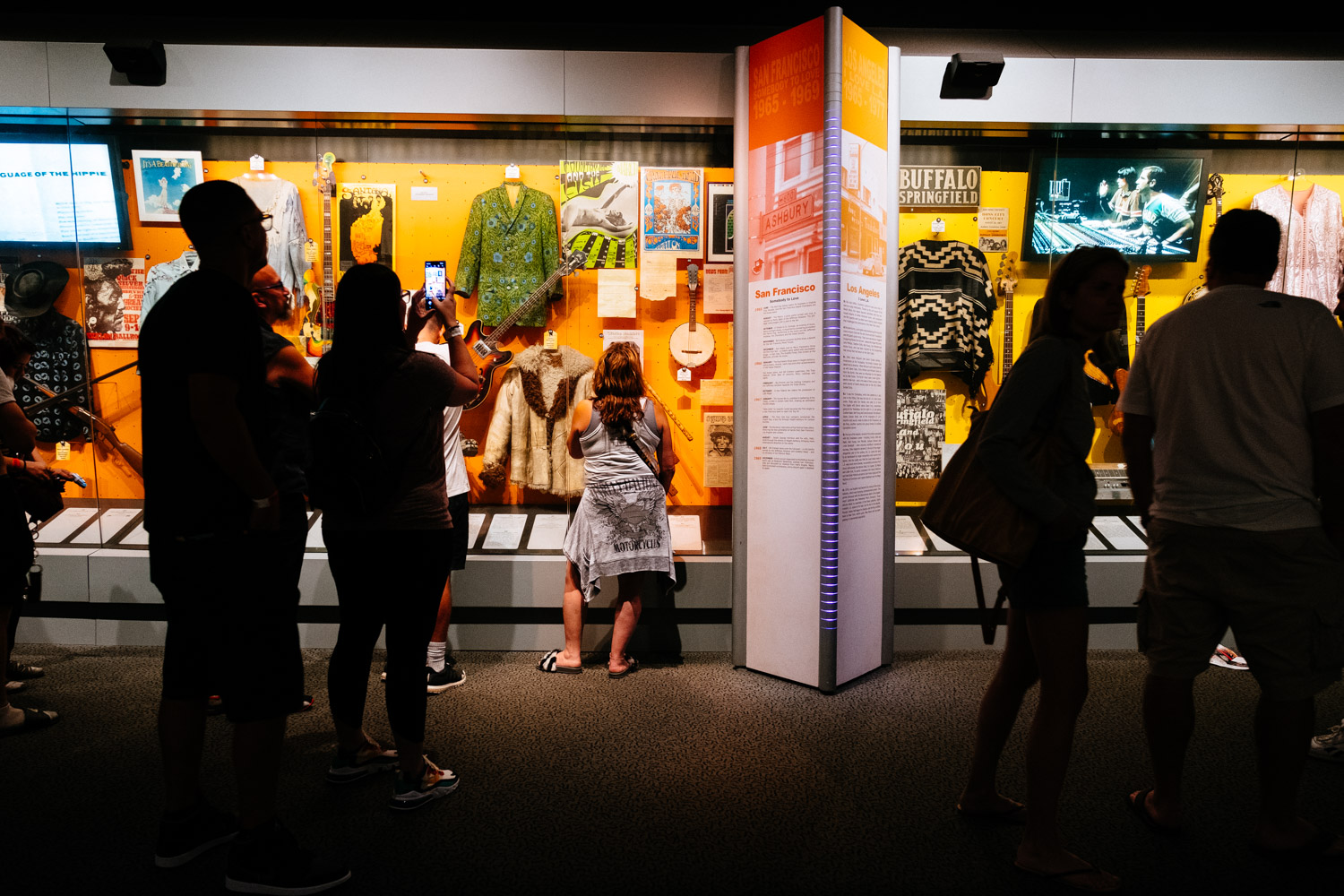 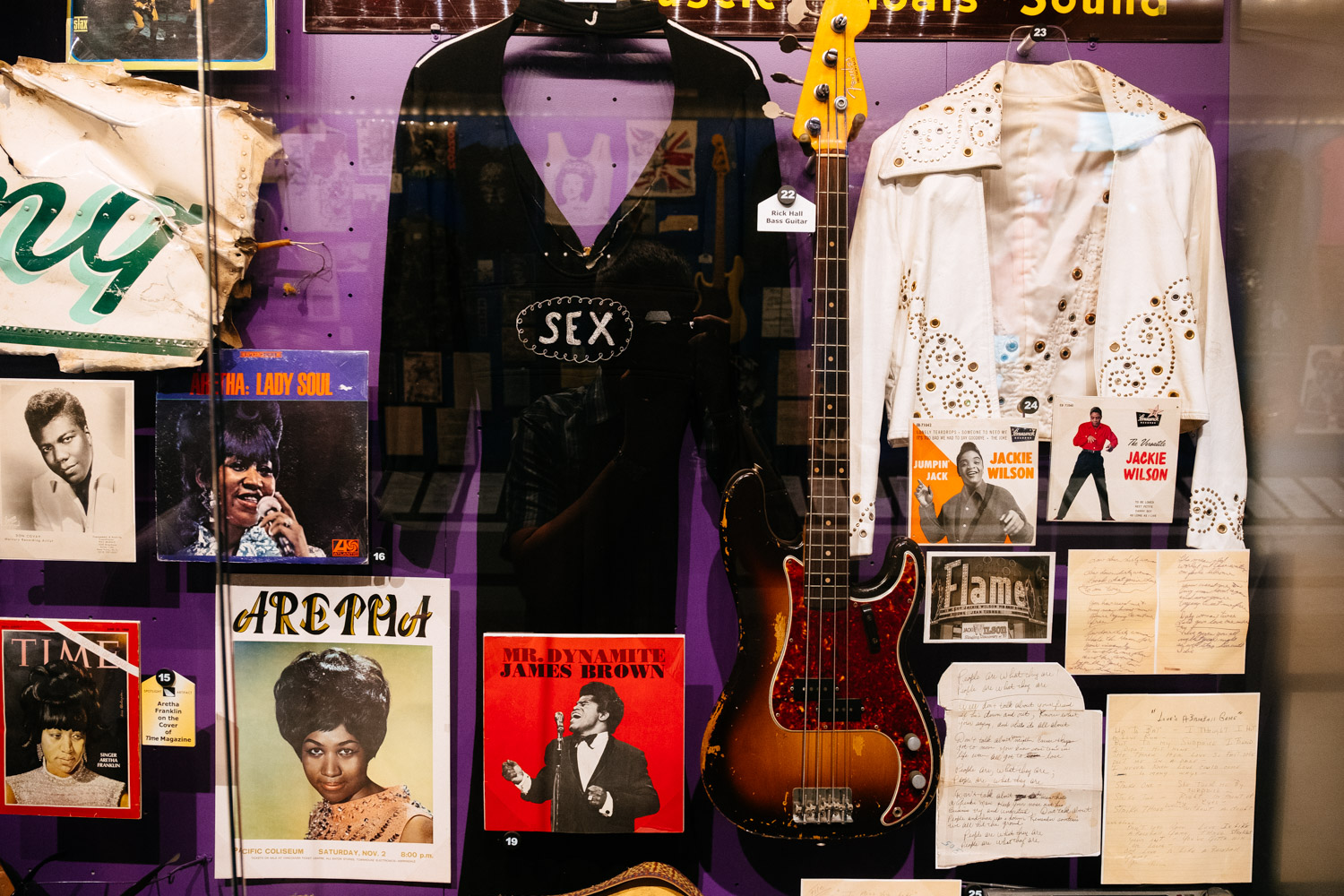 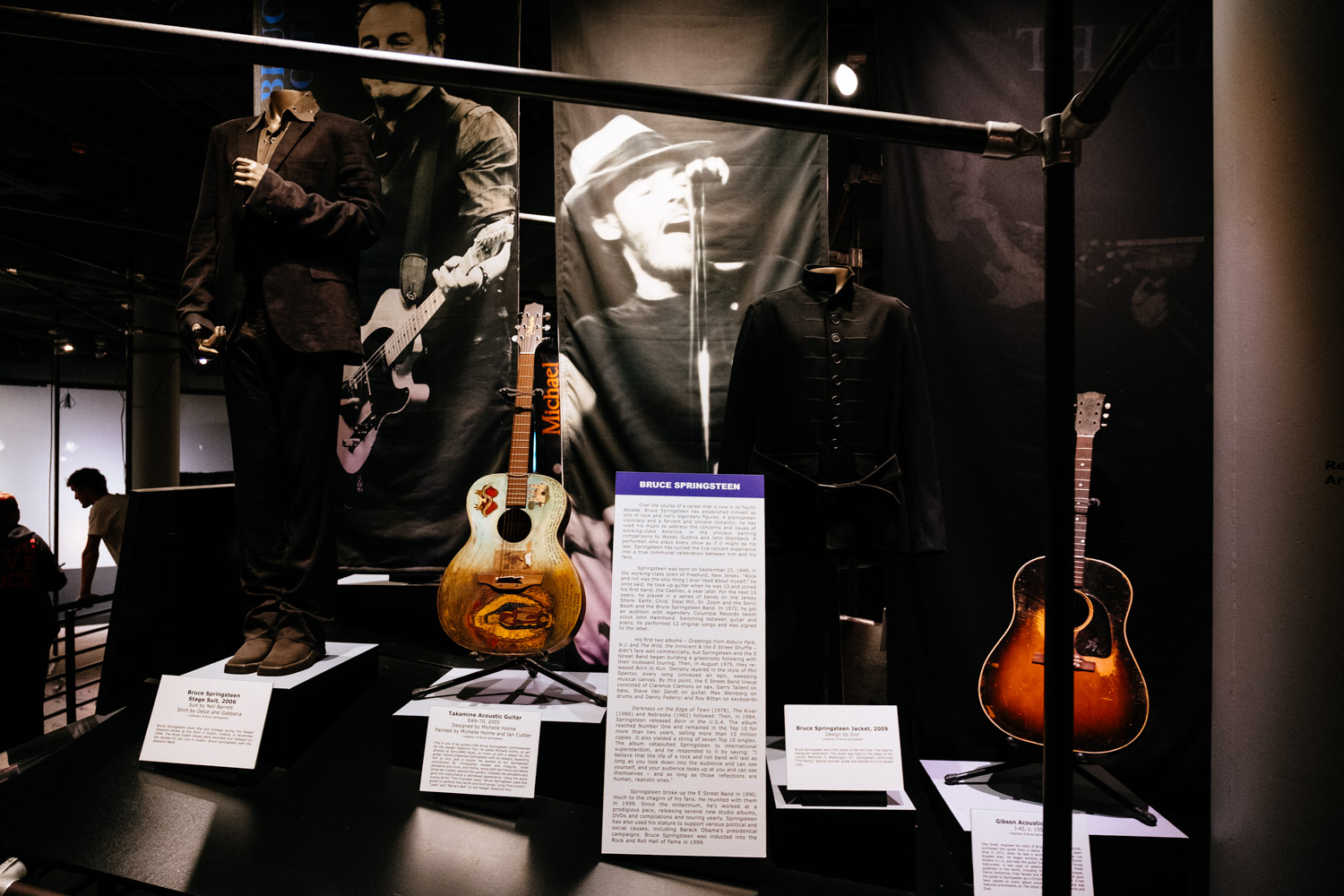 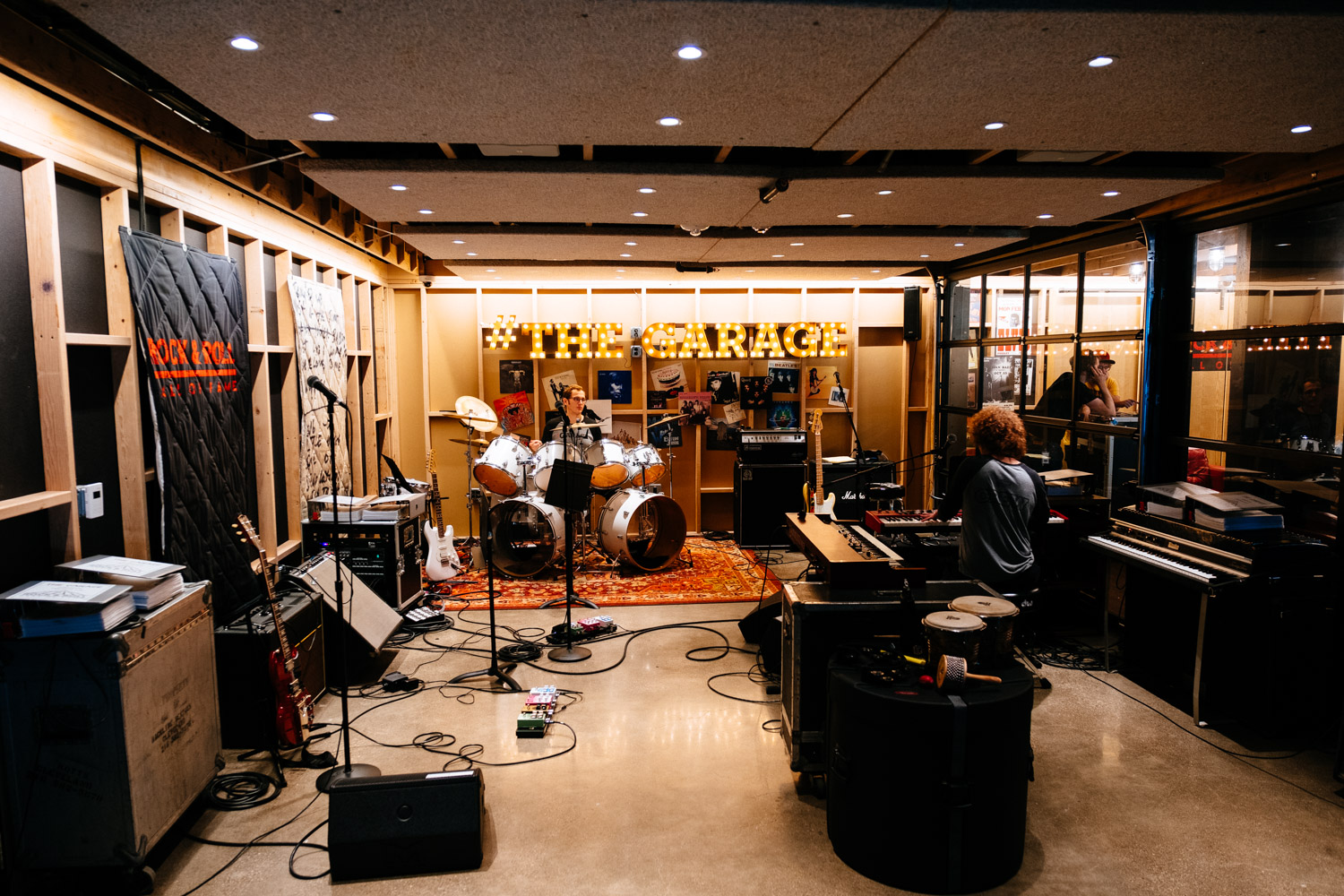 What really surprised me was the sheer size of the museum and the number exhibits. Practically everybody was there. No matter if dead or alive. Another surprise was how small some of those customes are. Everybody knows that Prince wasn’t a giant but there are so many other examples. Maybe it is because I always imagine that those stars are tall or at least as tall as I’m. I’m 6,1f so that’s hardly the case.

But the strangest thing I ever saw was the footprints of John Wayne. Those tiny footprints or better leather boot prints. My wife has bigger feet. I remember that I googled the size of John Wayne and found out that he was 6,4f. Strange!

Anyway, this is a great museum. There is a lot to see and there is no way to have a closer look at everything. I guess it is better if you are a fan of just one or two of the artists or band but I think that is impossible. You are either a music lover or you are not. There is no middle ground. 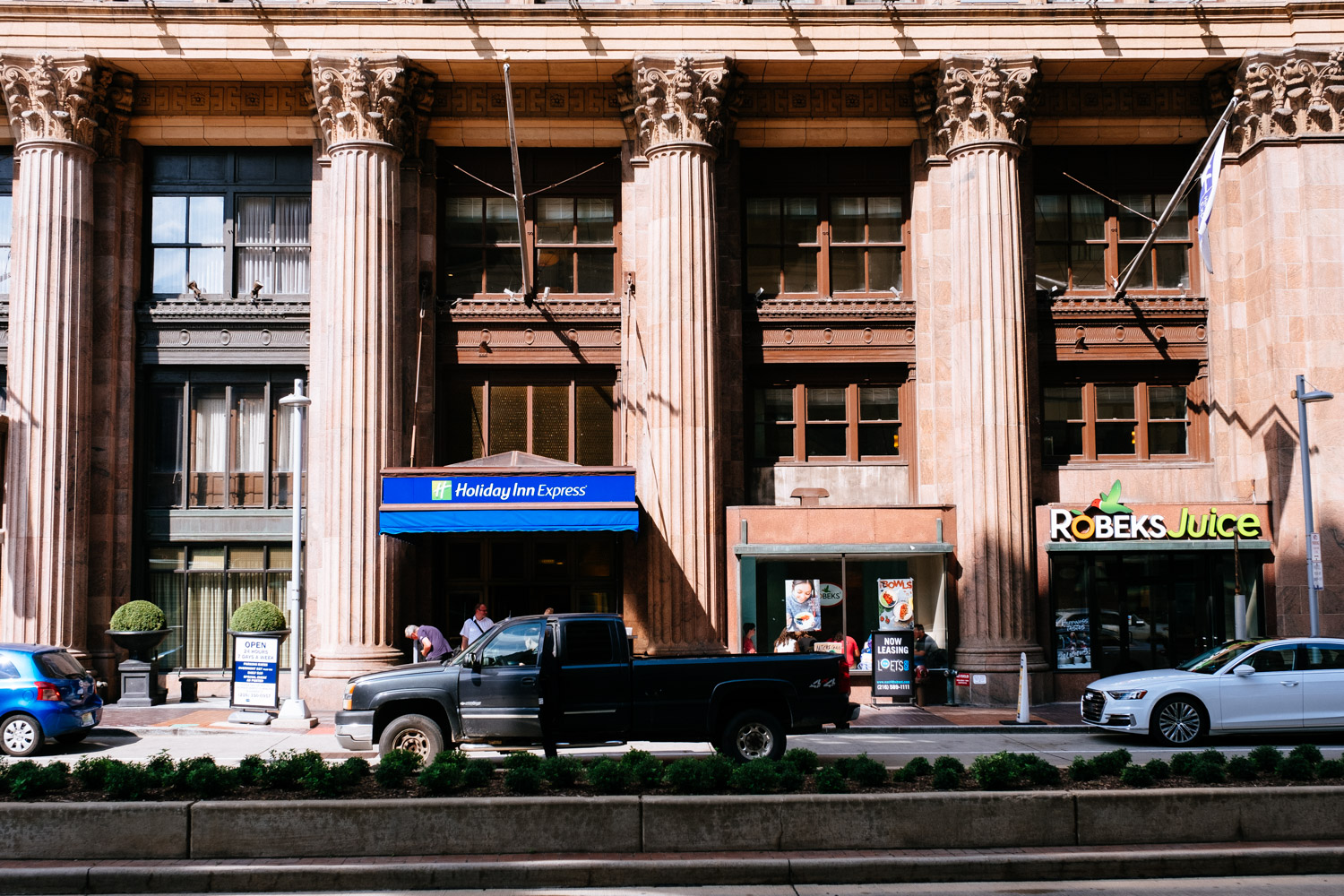 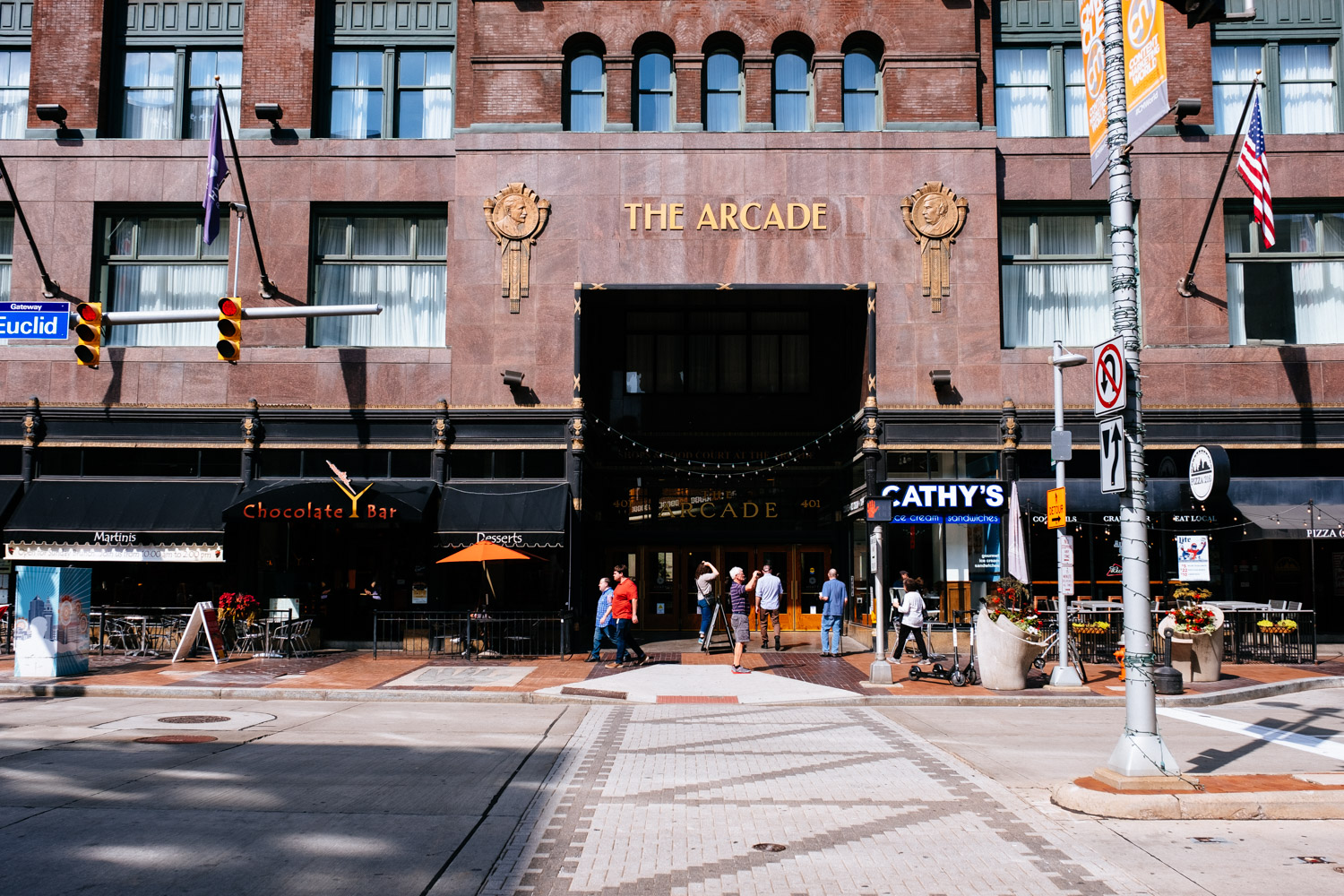 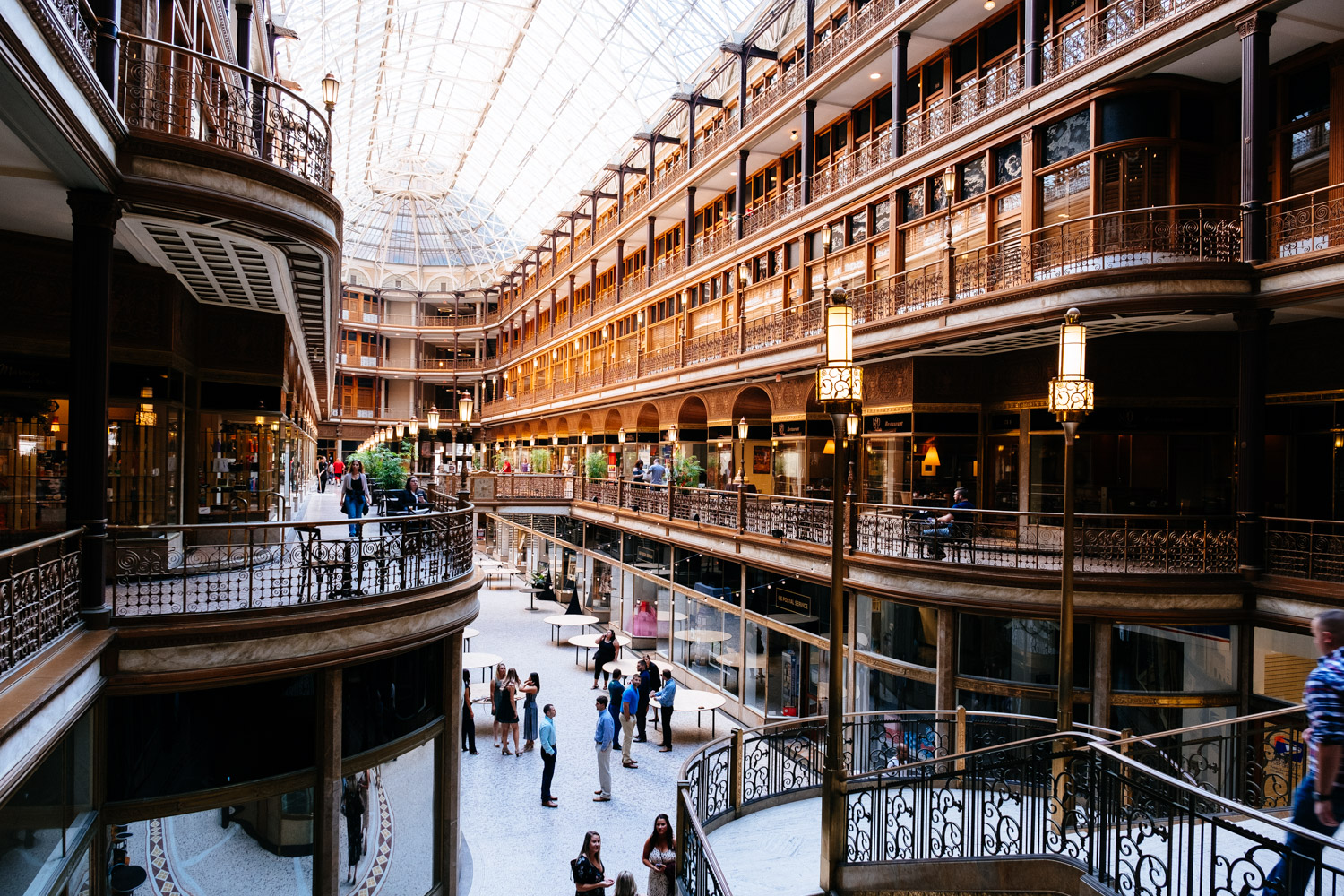 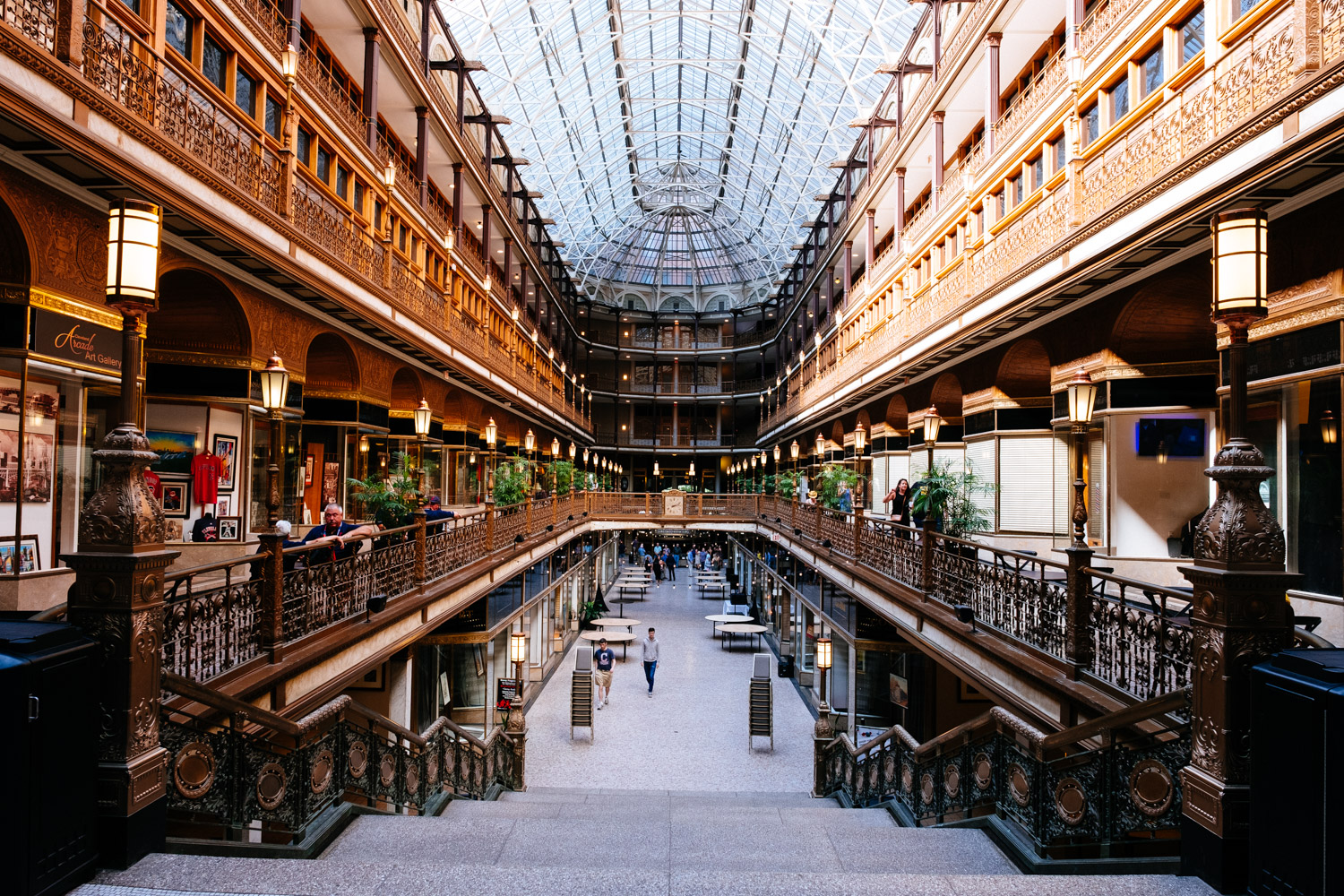 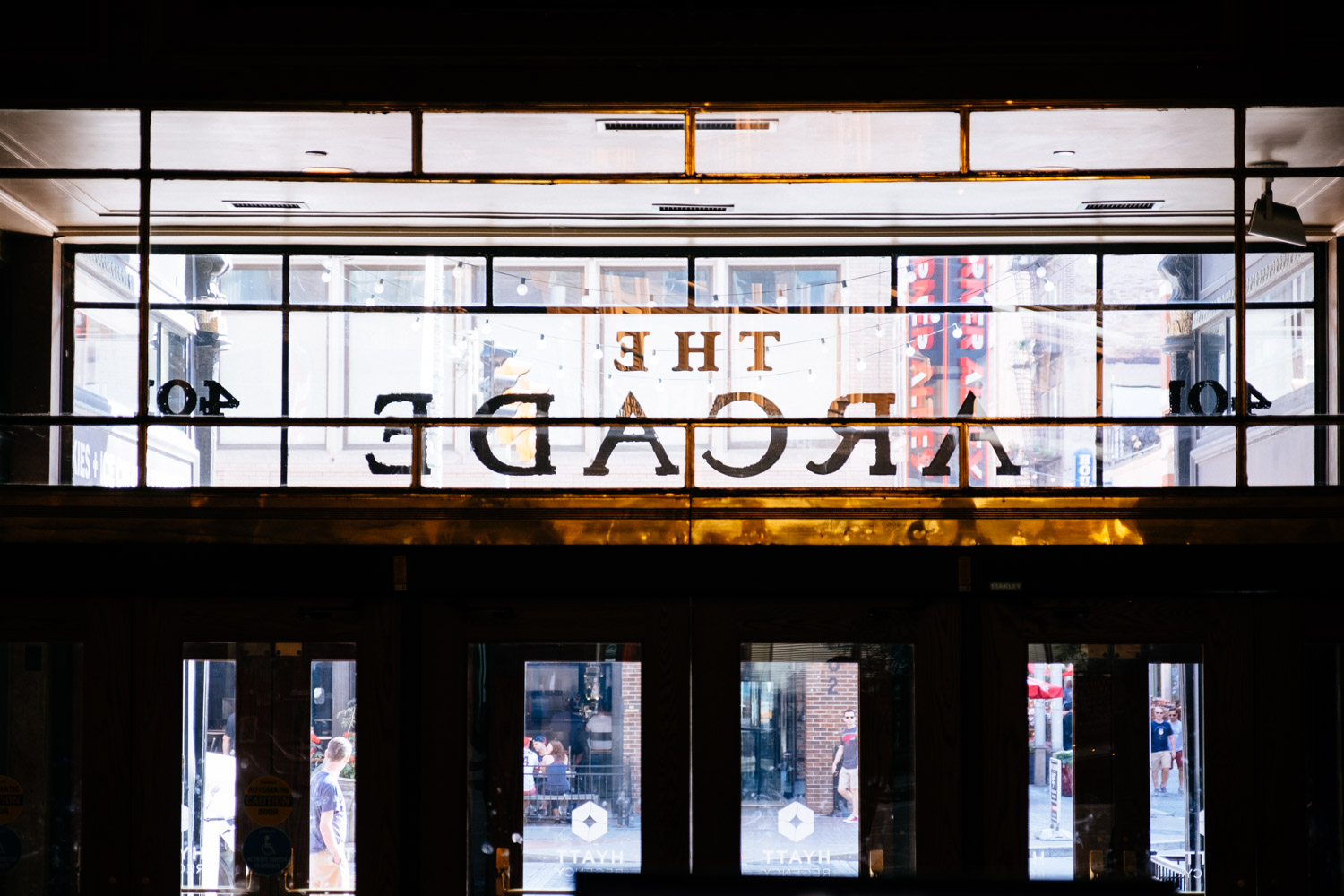 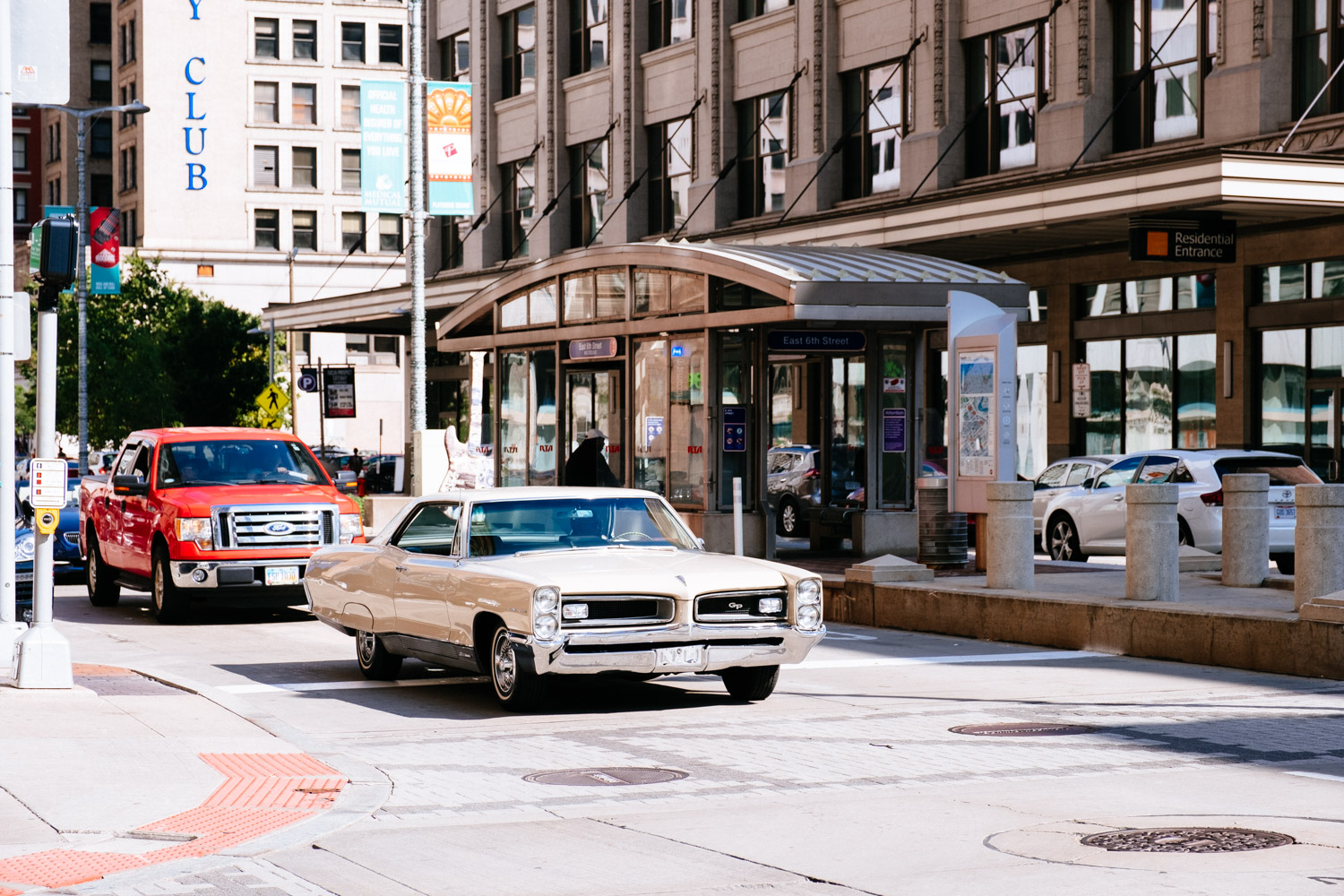 Our hotel was in a fancy old building and there was another one very nearby called The Arcade. A beautiful shopping centre that opened in 1890! Modelled after the Galleria Vittorio Emanuele in Milan, Italy and financed by Mr. Rockefeller. One of the many signs of the glory days when Cleveland was the second biggest location of the US car industry after Detroit.

Today Cleveland is poor and thousands of people are leaving every year. It has been called the “Mistake by the Lake” and if you leave in the morning you can see why its reputation is poor. There are many homeless people in the small place in the centre next to the Terminal Tower. A beautiful building that has been the second highest building in the world in 1928 (see last picture of this blog entry). So we saw beautiful architecture where we didn’t expect it. 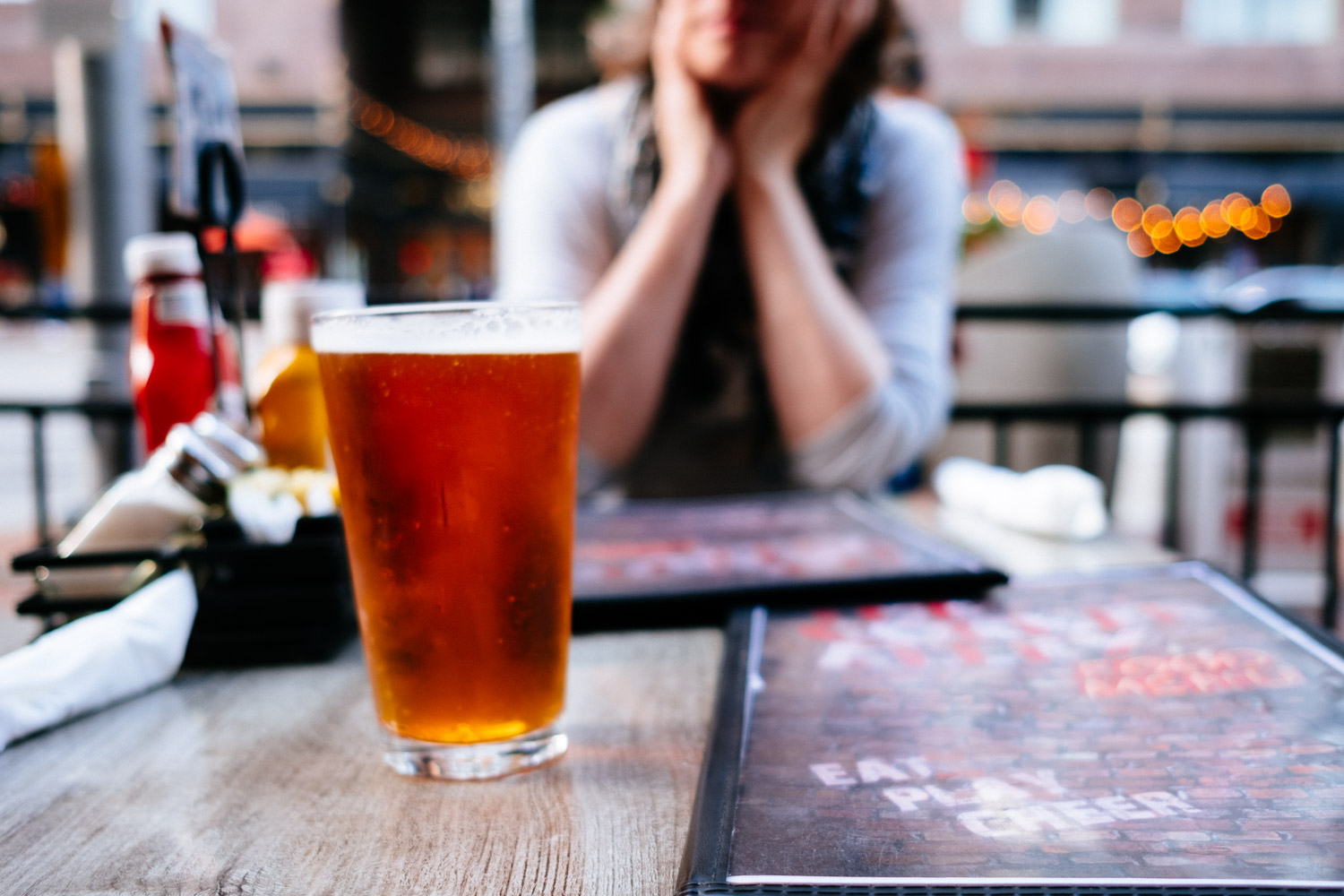 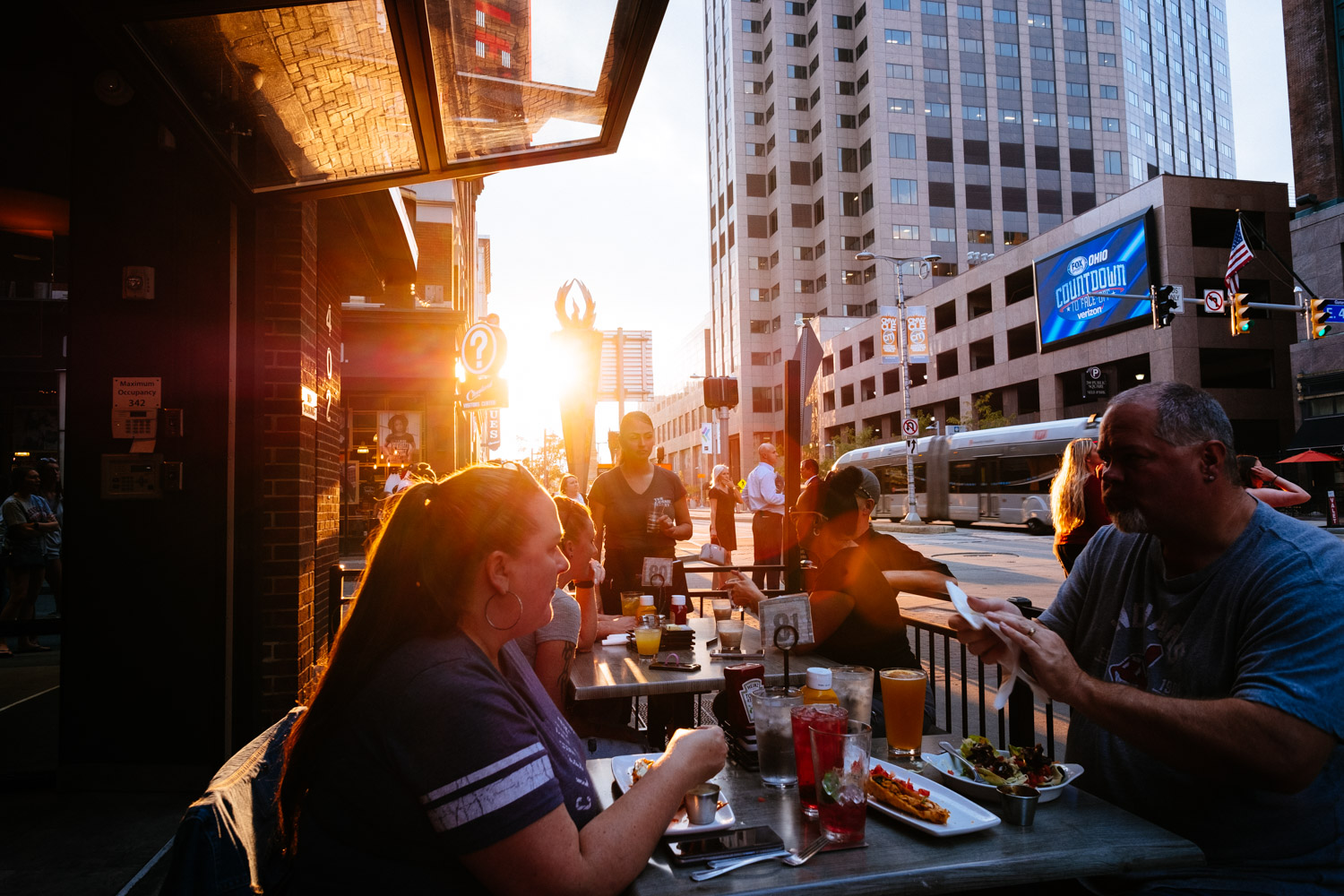 But we also liked Cleveland because we had a nice dinner at a beer restaurant right on the main street just opposite of our hotel.

It was a beautiful and warm Friday evening in September and the mood was great. People enjoyed the start of their weekend and it almost seemed like we were the only tourists in town. In short: it was perfect!

Next day I was so relaxed that I left my laptop in the hotel. Something  I only found out when I was already in Detroit. But that’s another story. 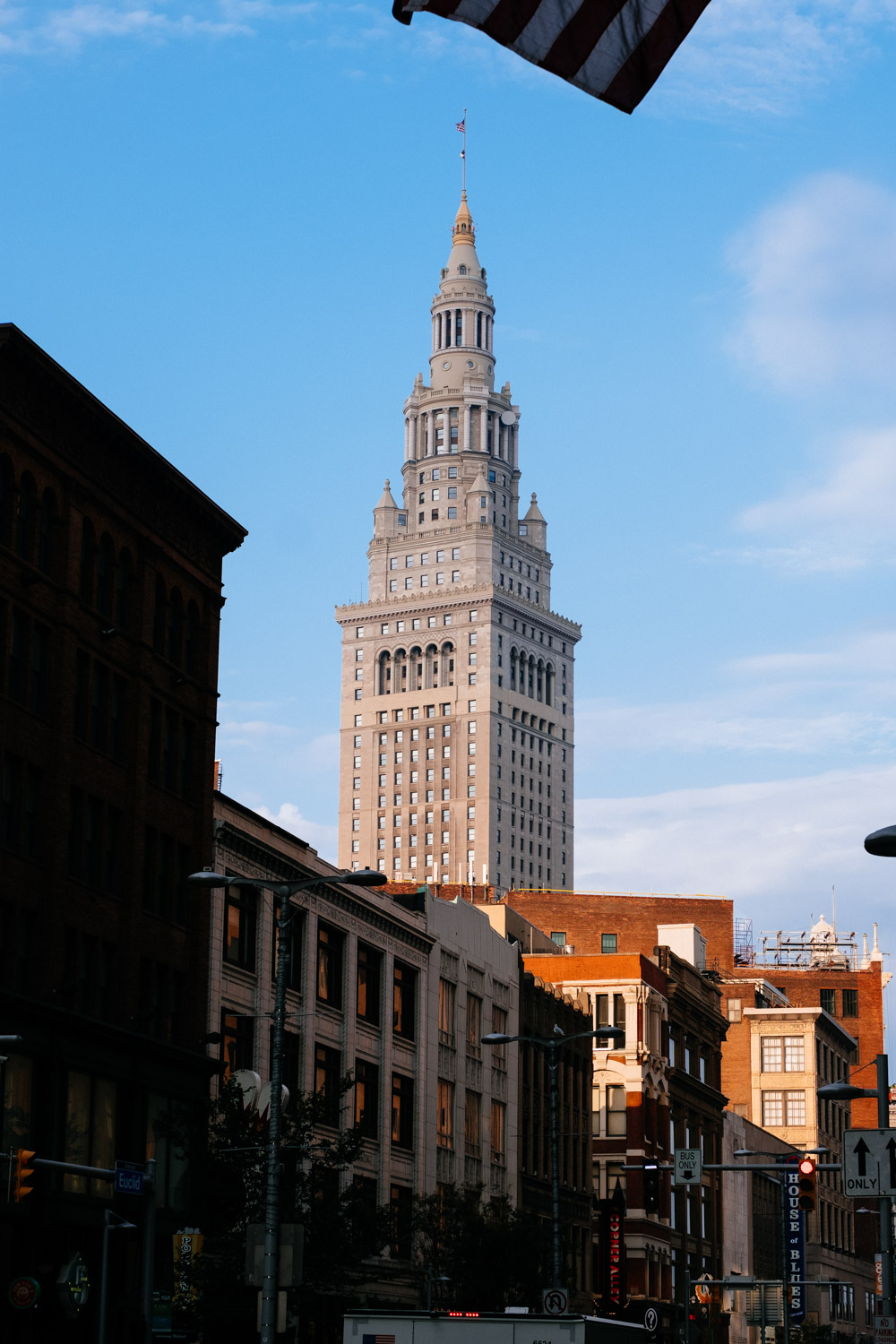