The only thing I know about Edgar J. Kaufmann is that he had a lot of money and also a good taste. I wish there would be more people like him.

Edgar J. Kaufmann managed to live in two of the most significant private homes in the USA. Falling Water (located somewhere in the middle of the woods out of Pittsburgh) designed by the famous American architect Frank Lloyd Wright and The Kaufmann house in Palm Springs designed by the Austrian architect Richard Neutra. We visited both but the Kaufmann house in Palm Springs is not open to the public.

We also visited the Villa Tugendhat designed by Ludwig Mies van der Rohe and Haus Schminke designed by Hans Scharoun both German architects. All four are wonderful examples of modern architecture that still look fresh even though they are up to 90 years old.

Today there are more billionaires than ever before but there are not a lot of significant houses. It seems that money and good taste seldom come together. There is no other explanation for all those Tuscany style villas in Hollywood, the Burj Khalifa or the Trump tower. What a waste of money! 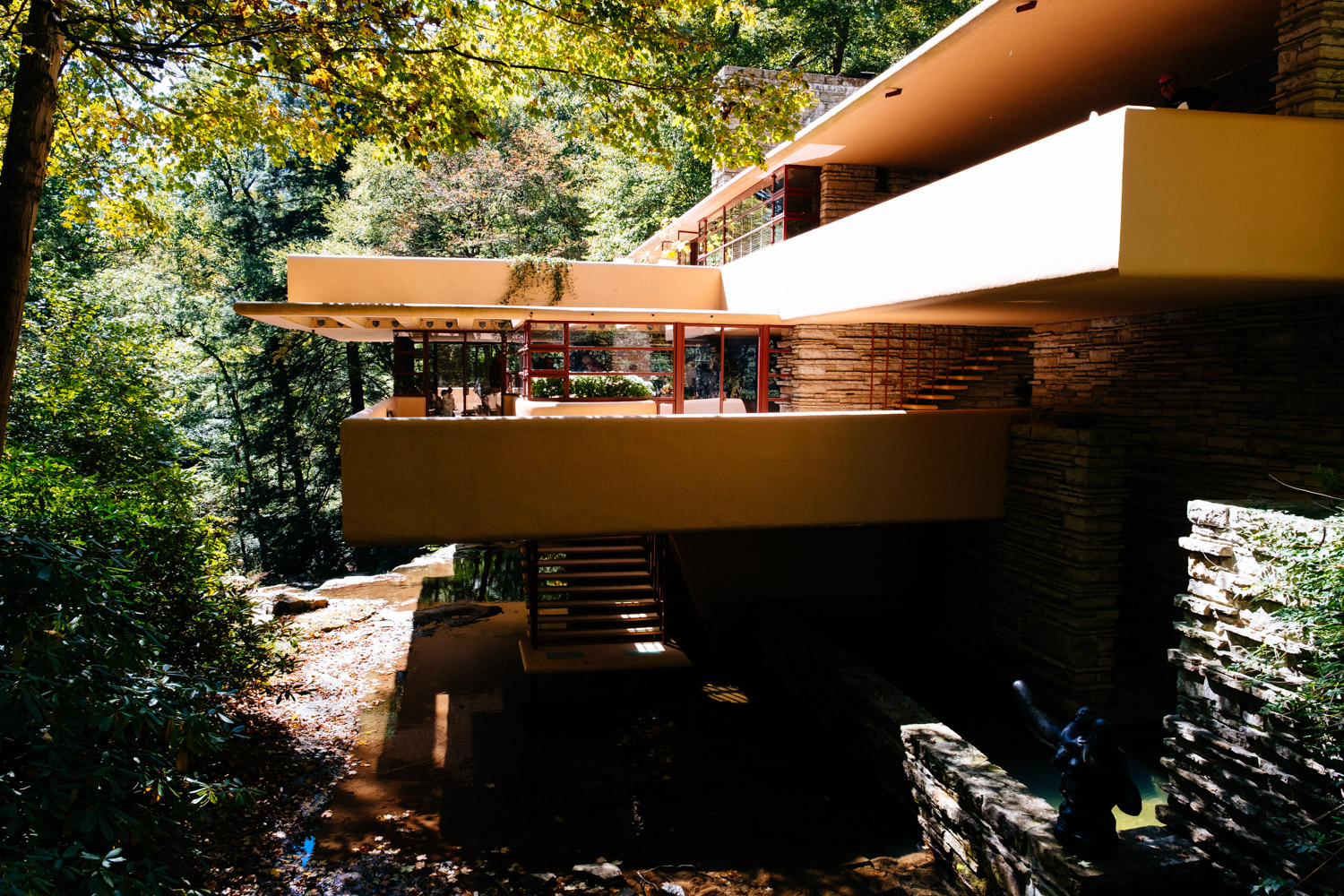 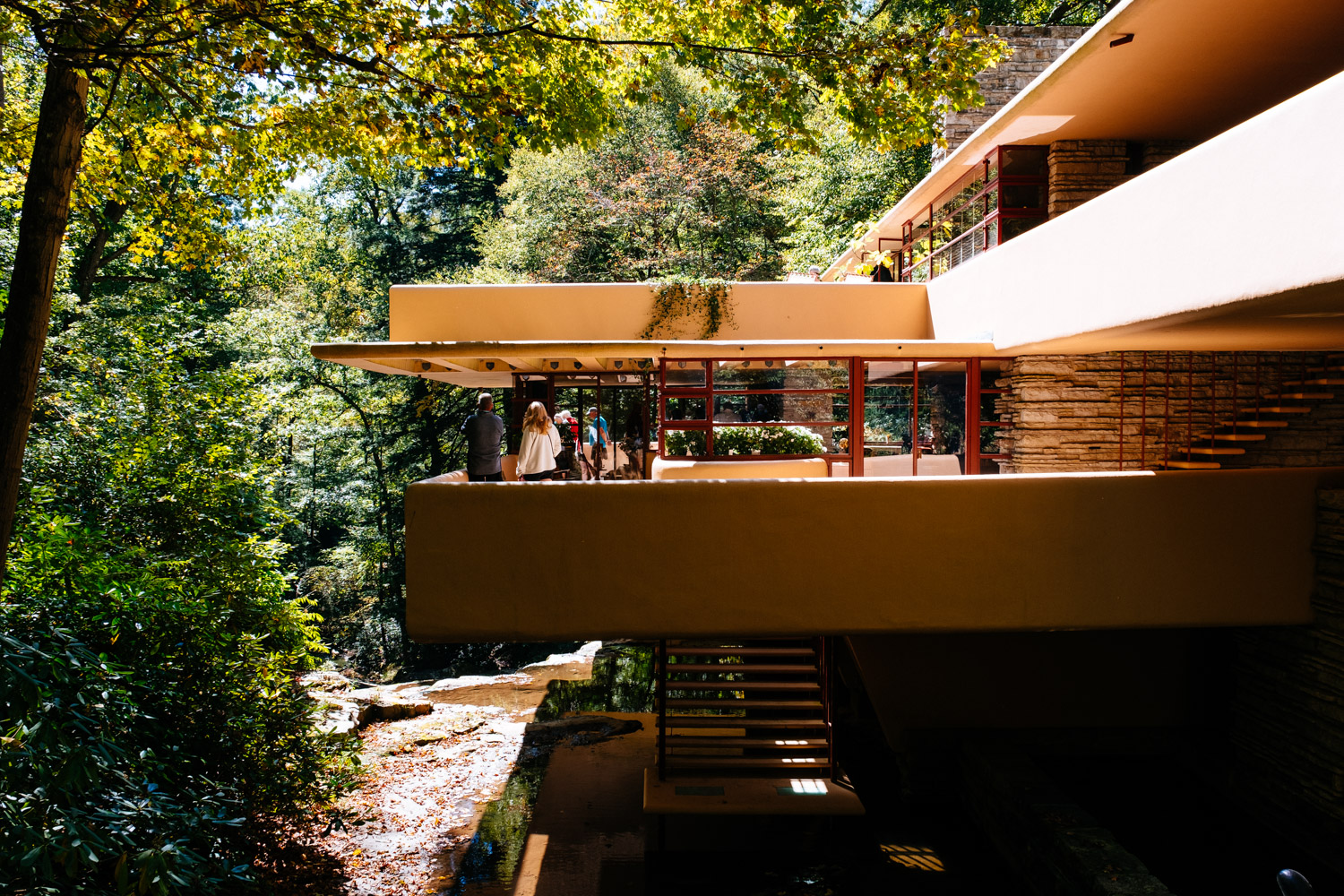 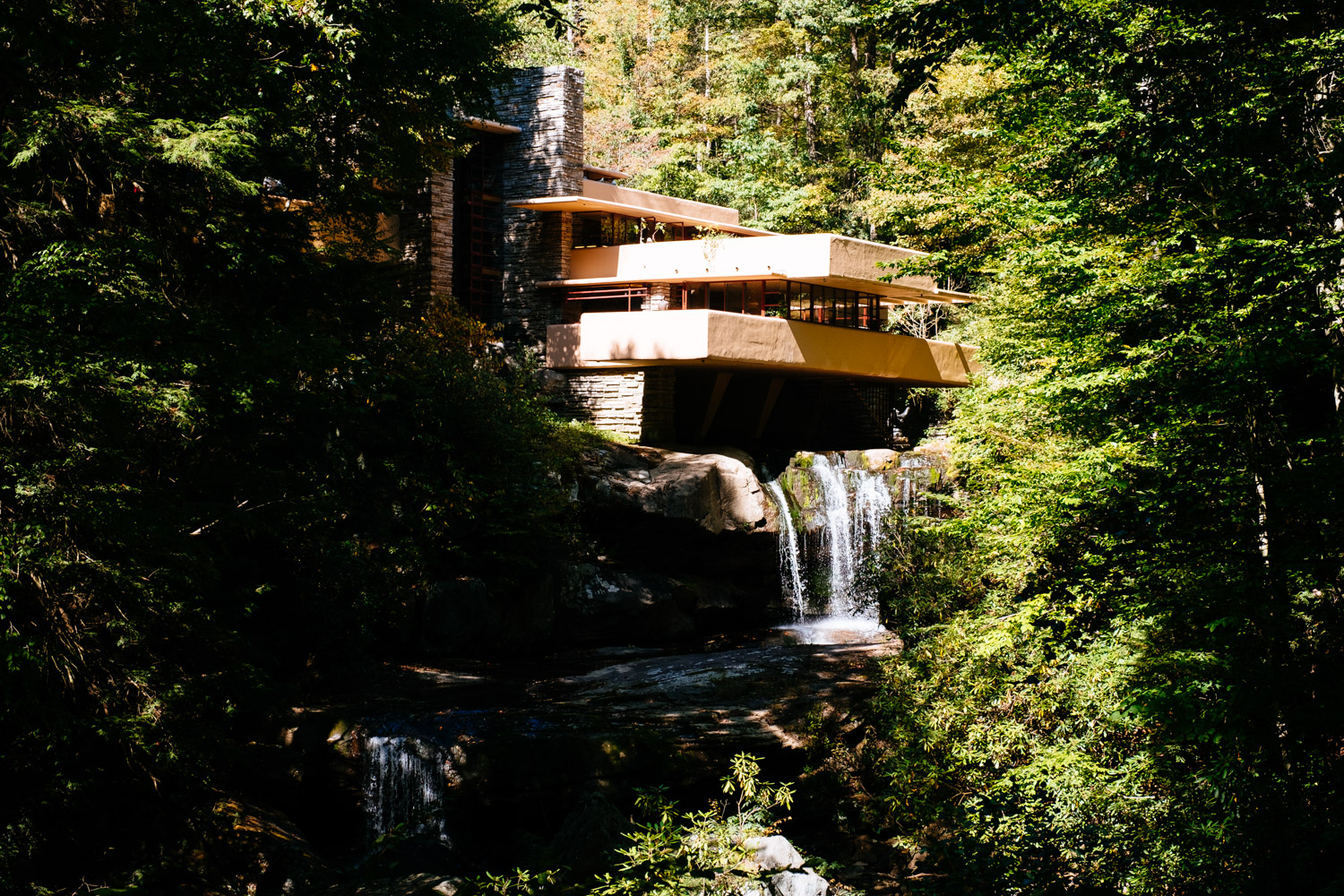 I regret that I never visited New York before 911. I would have loved to see the World Trade Center in real life. The new one is all new and shiny but the old Twin towers looked so much better and the defined the skyline of New York for almost half a century.

They were designed by the Japanese architect Minoru Yamasaki. A true master. When we visited Detroit we spent some time in a lobby of a beautiful building in the centre. It was only after the visit that we found out that it was too designed by Mr. Yamasaki.

Falling Water was simply beautiful and perfectly integrated into the landscape. Unfortunately it was not allowed to take any pictures inside but to be honest it wasn’t that impressive. The rooms were rather small. People back then lived more humble even in a million dollar home and they had much less stuff. A comfortable chair at the window or a piano was there home entertainment system. OK, I took two images with my phone when our “guard” looked to other way. 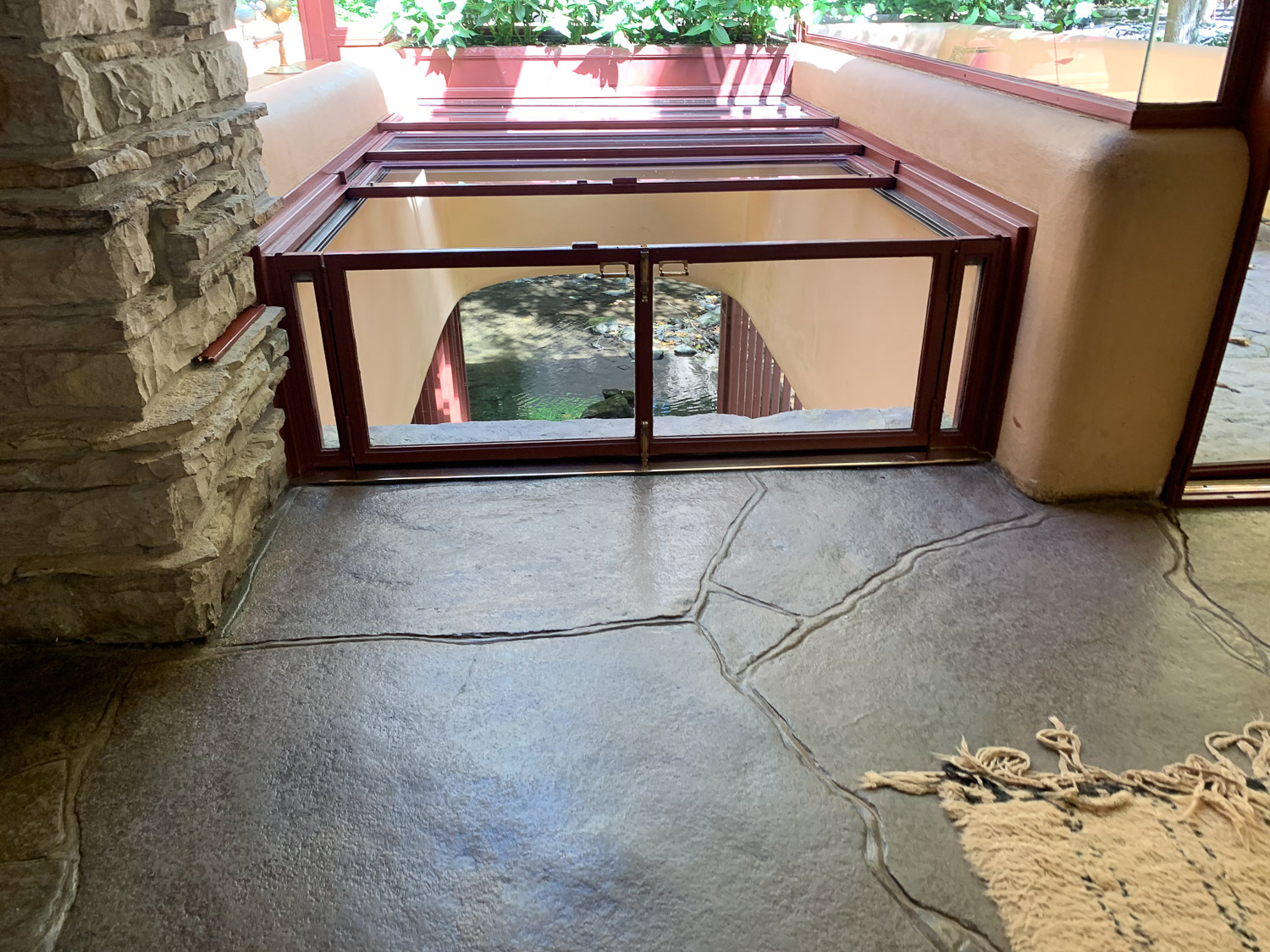 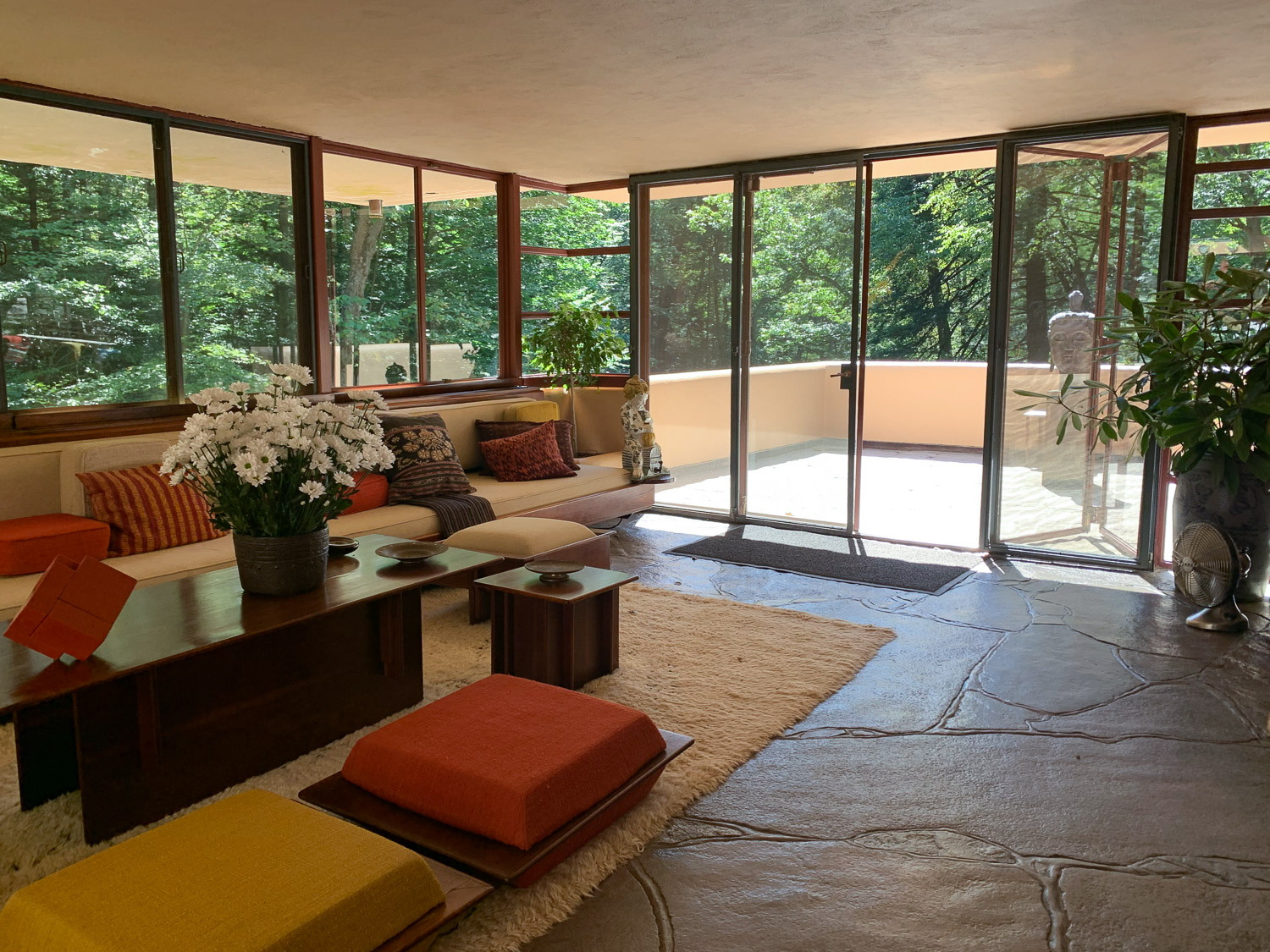 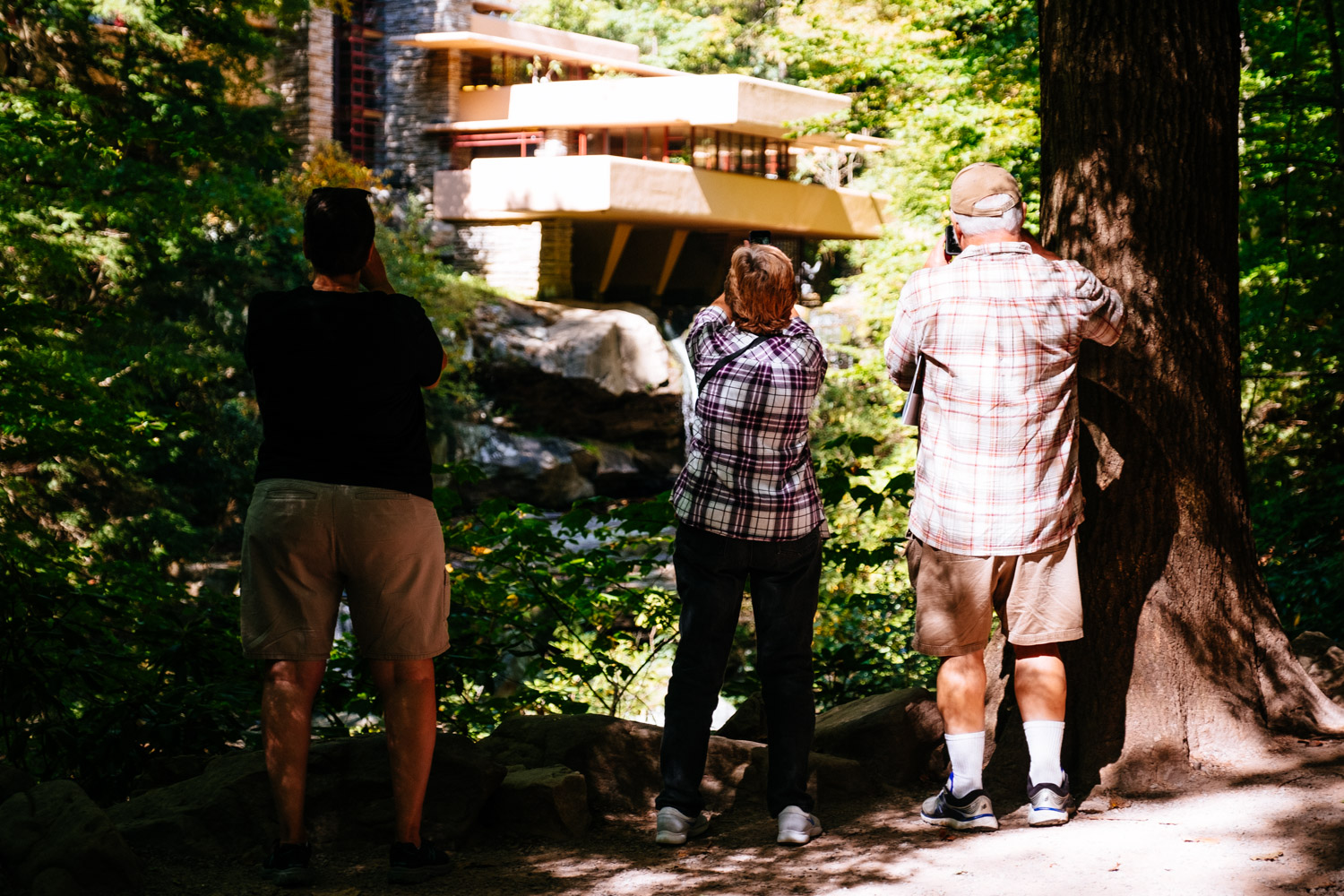 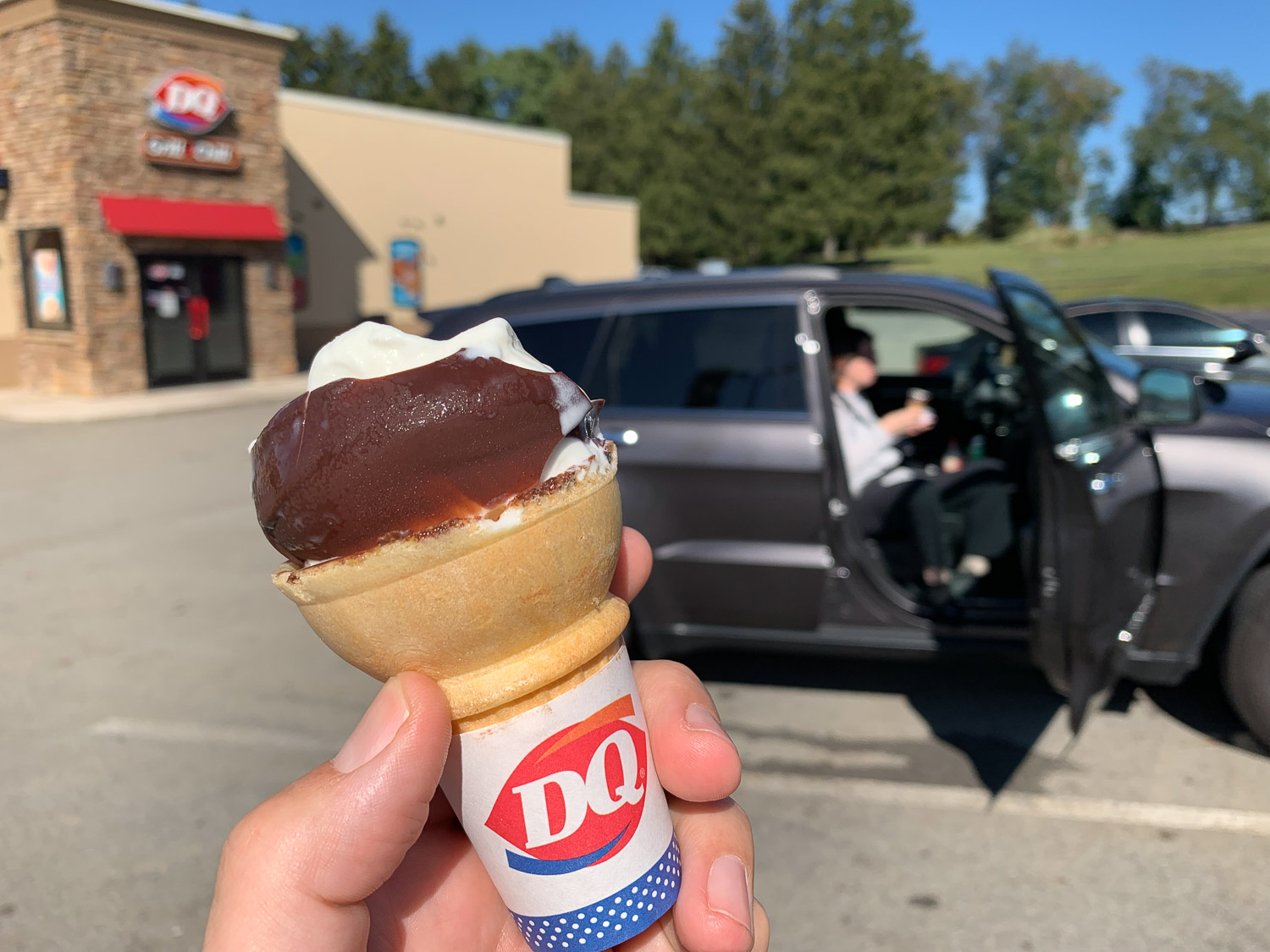 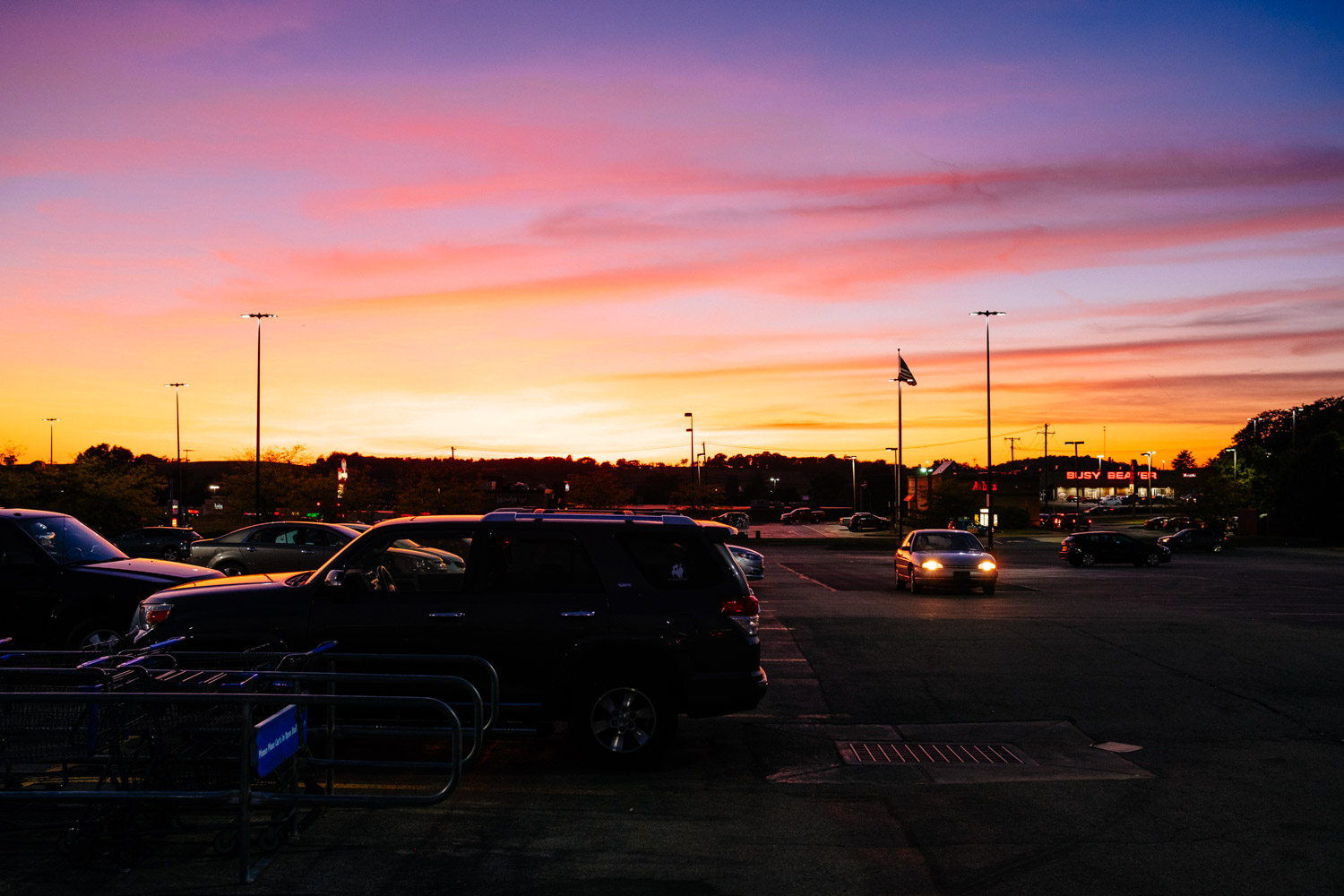 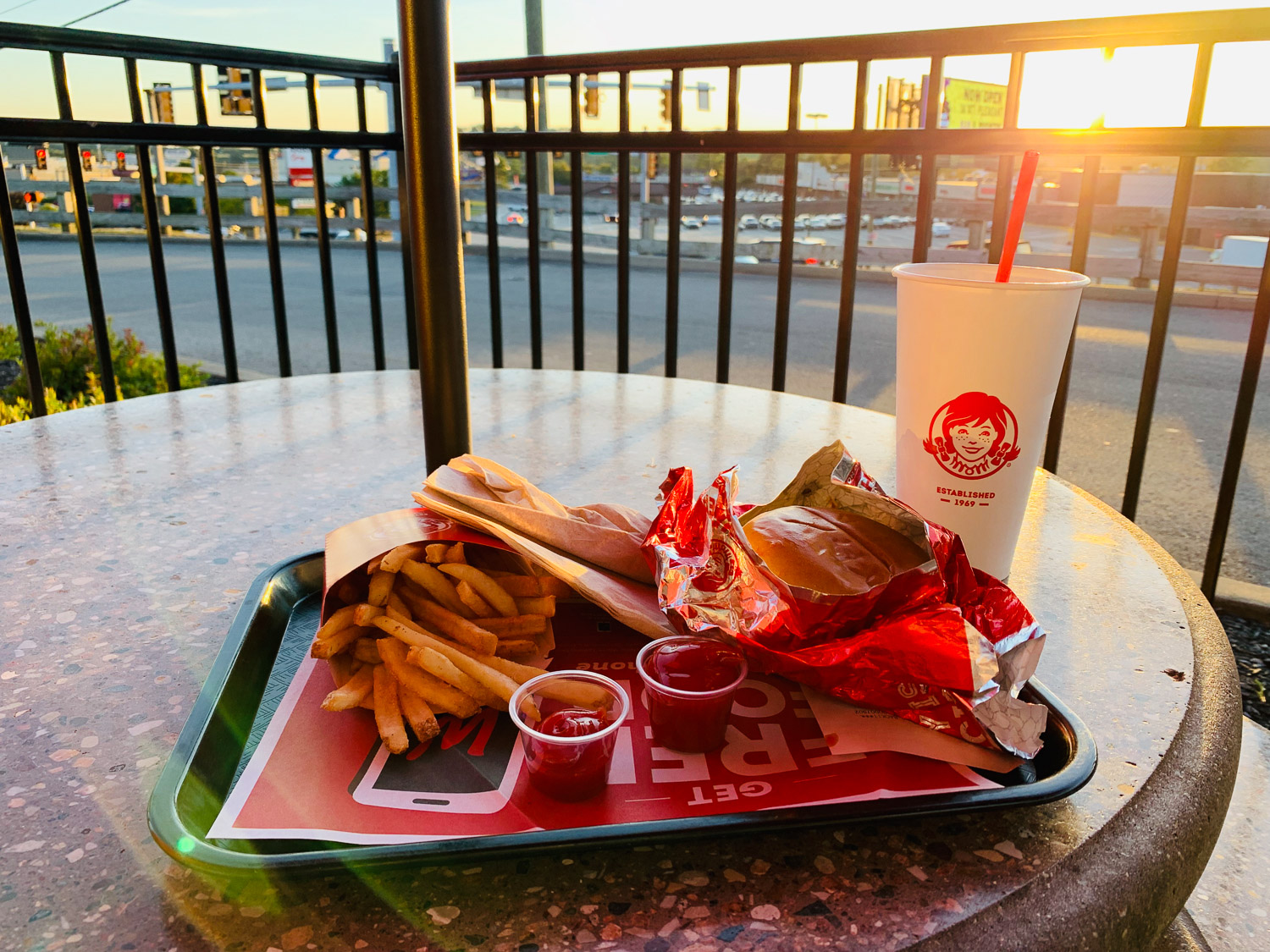 After Fallingwater we drove to the next town with a hotel. It was Scottsdale. My wife went straight to bed and I went for dinner. It was a Wendy’s next to a Walmart Supercenter. It was warm so I ate outside and watched the sun set over parking lots.

This vacation is different to our other US trips. The cities are bigger. More architecture and less nature. Less wide open. But on this evening it felt like a little bit like in the South West. I small town in the middle of nowhere. Just what we like best. I’m glad that my wife was able to visit Fallingwater even though she felt sick and I hoped that she would get better soon.

But to see Fallingwater today was important because I don’t think we will come here again anytime soon. This beautiful building literally sits somewhere in the middle of nowhere but it’s worth to get there. Next destination Cleveland. 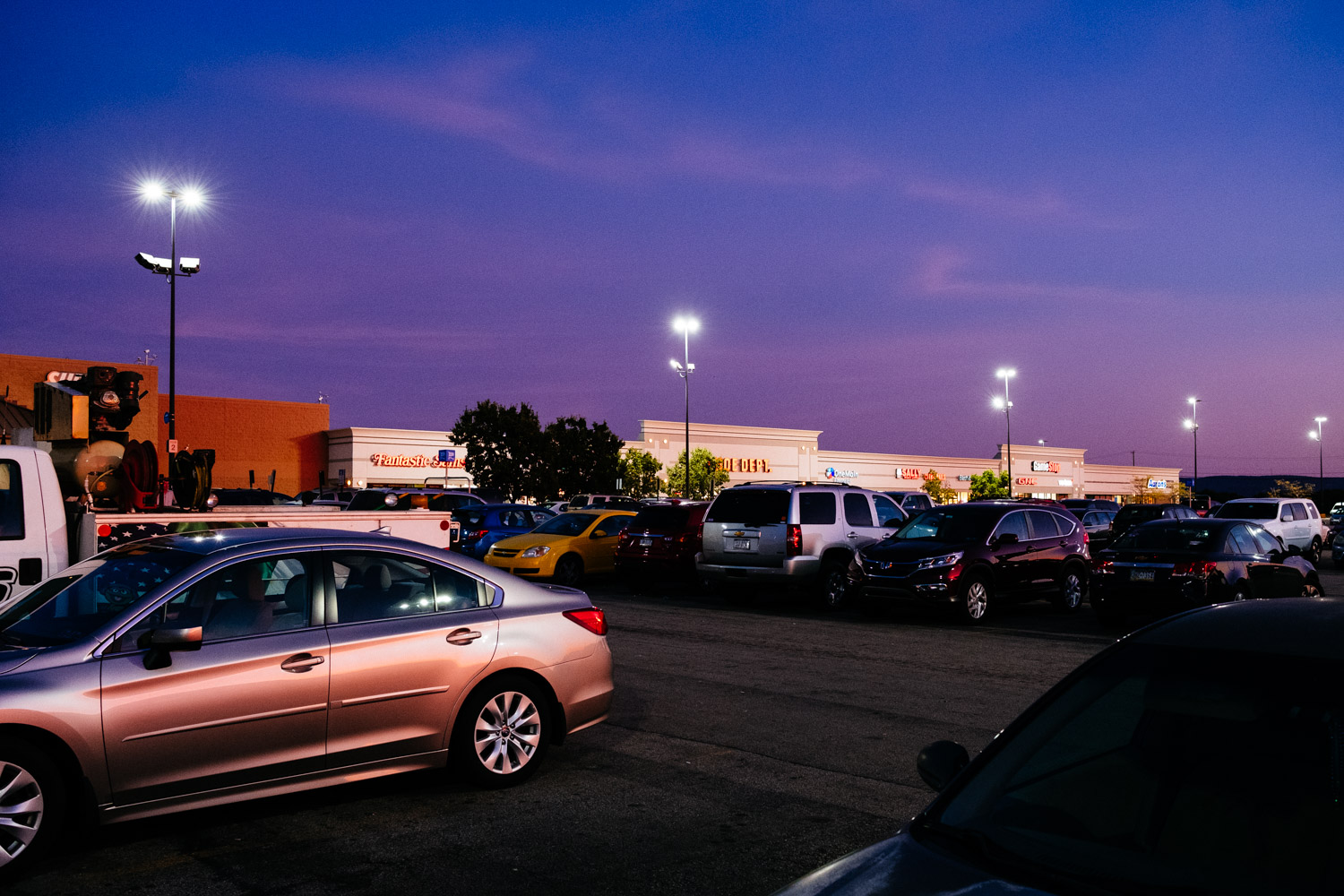