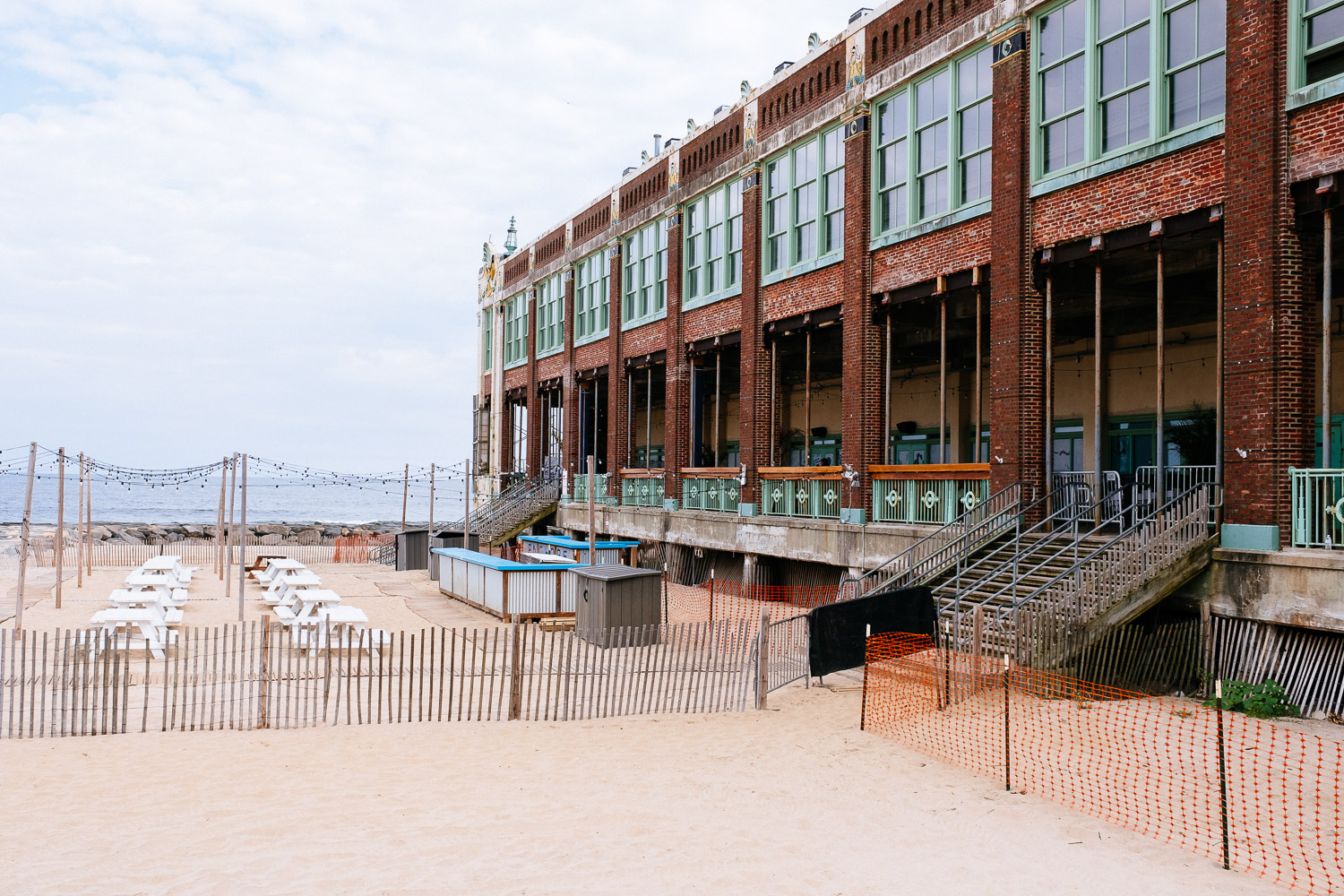 Originally I planned to go to Atlantic City. Mostly because of the Bruce Springsteen song from the Nebraska album. But then I thought I could do even better.

So we ended up in Asbury Park, N.J. Instead of a run down gaming city on the East coast we went for a run down beach resort. It was a good choice. The place where Bruce Springsteen played before he was famous. The place he had to run away from. “Born To Run”. And the place he returned to. Today he lives only 10 miles from here. “Born To Come Back”. Who would have bought that shit. That’s what he said in his Broadway show. And of course he is right. Born to Run sounds so much better. 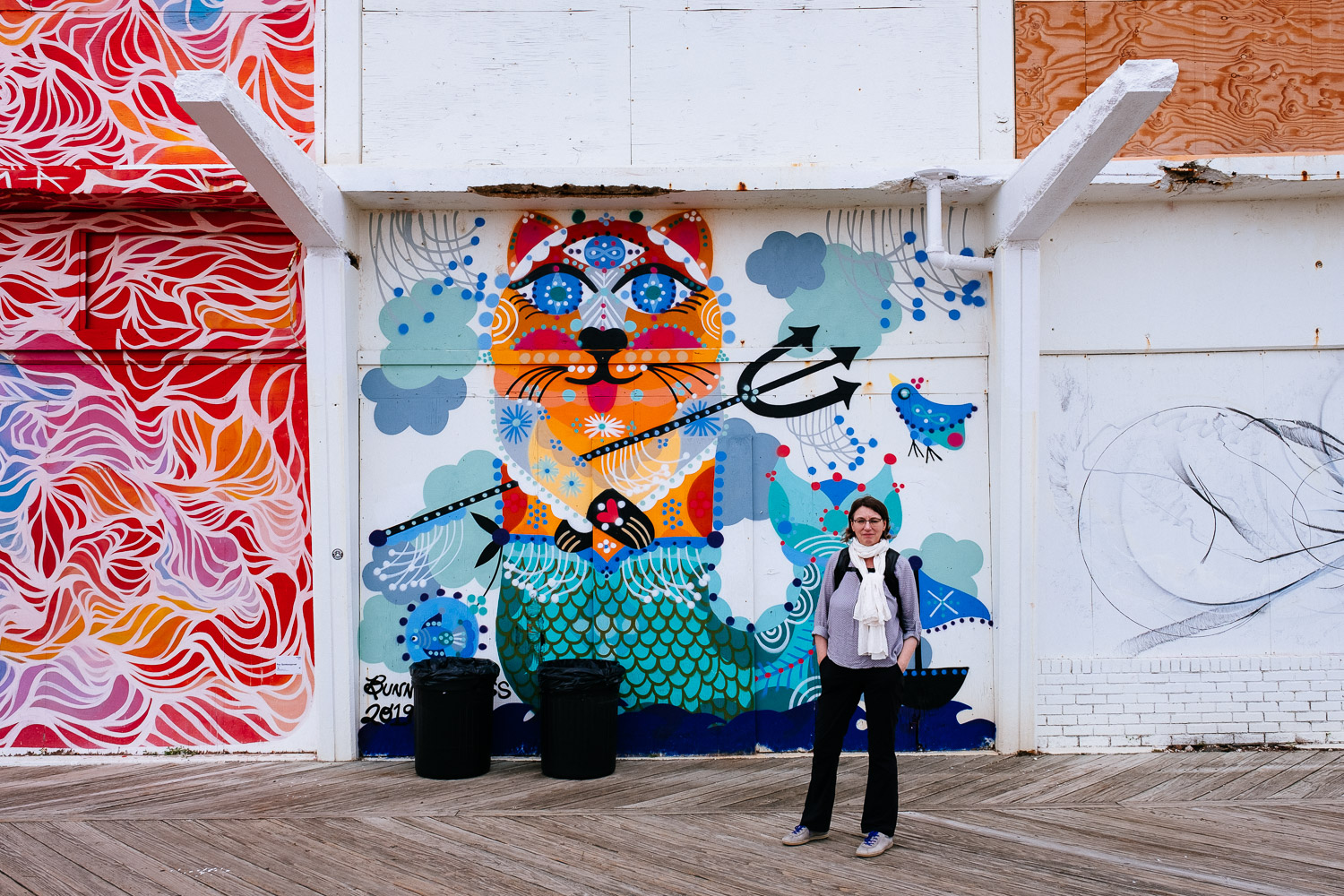 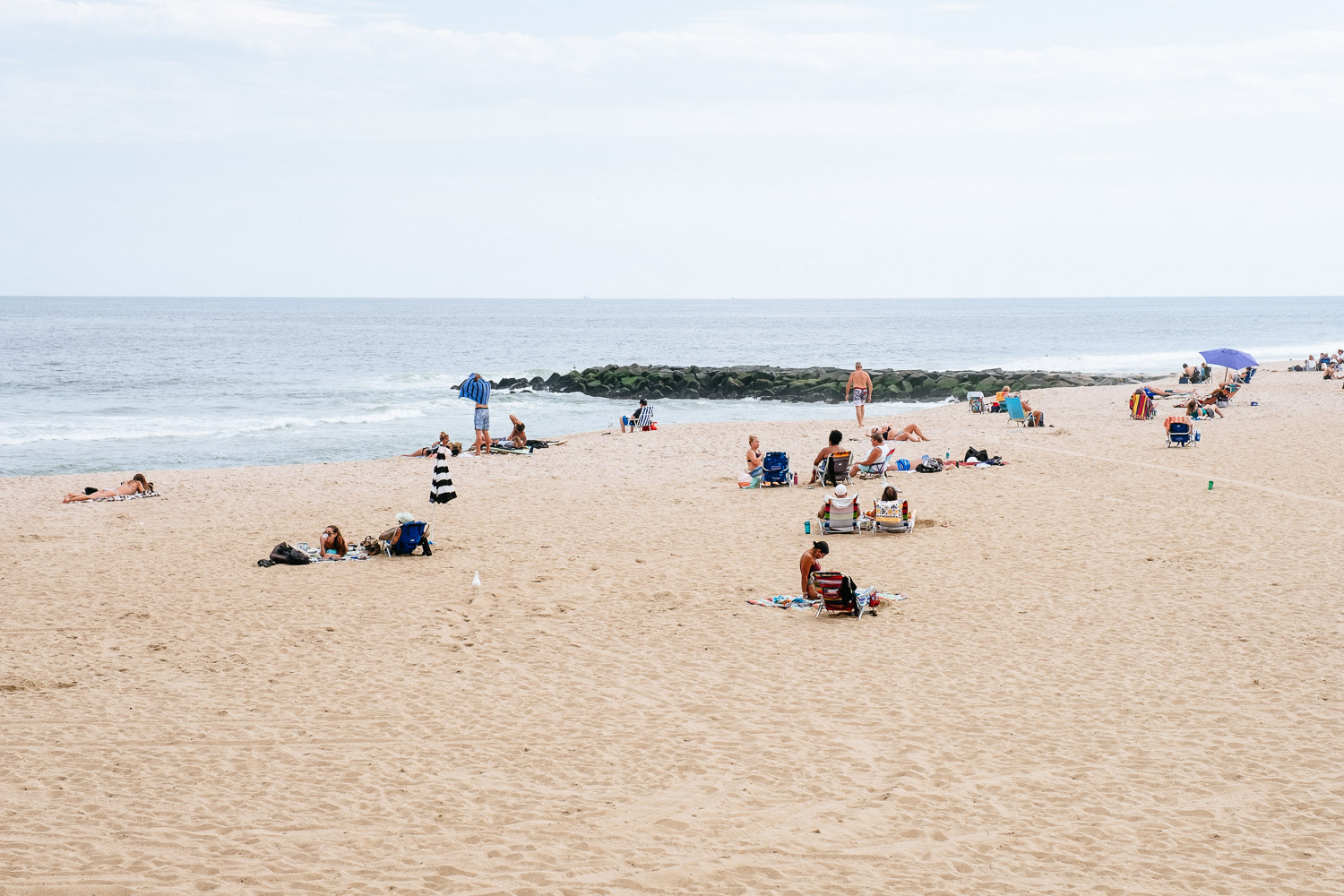 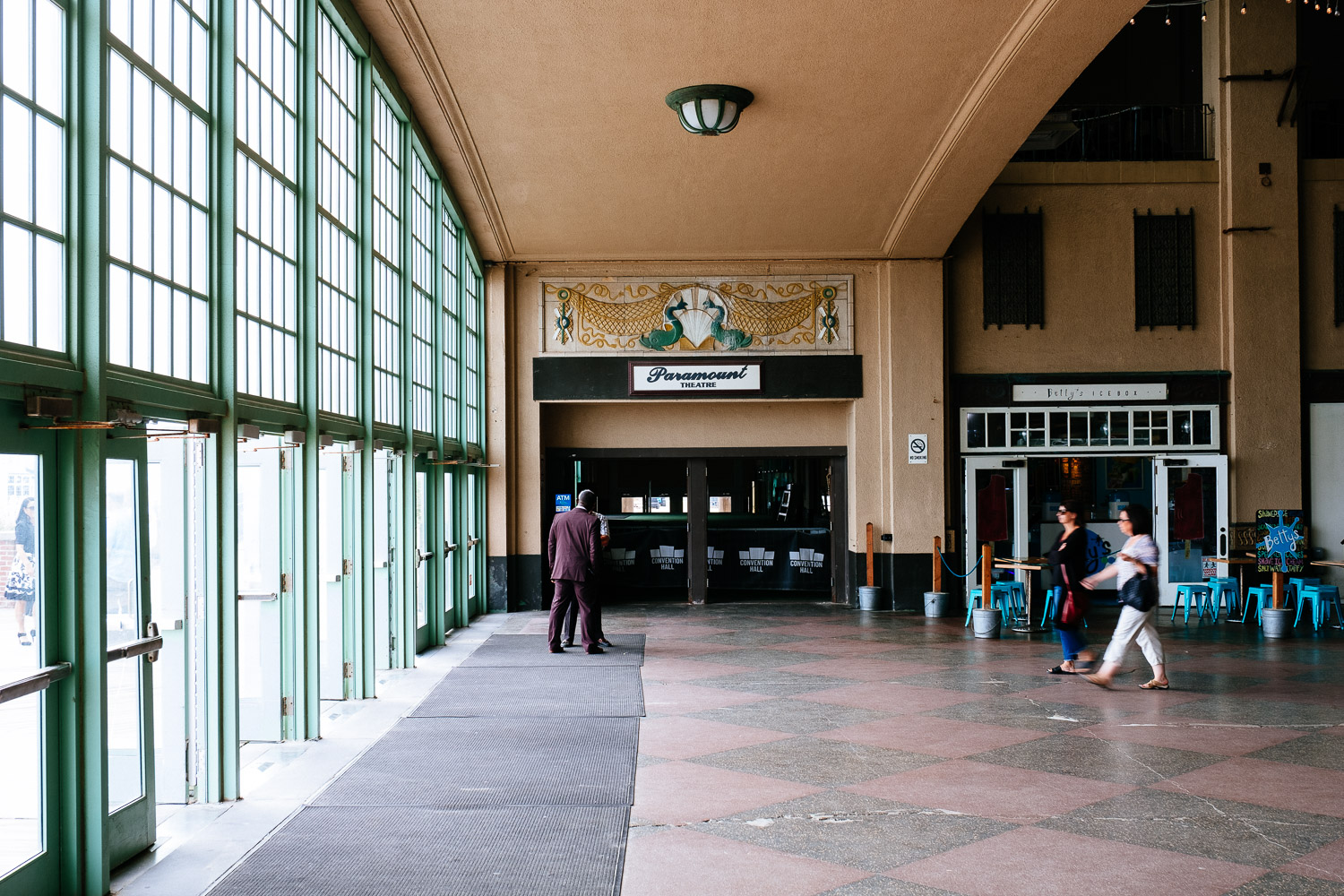 Beside the fact the Bruce Springsteen grew up here I knew little about the place. We simply chose it over Atlantic City because it’s close to New York and because we were not ready for a run down Las Vegas. Asbury Park is much better, it’s a run down beach resort but one where life seems to come back.

I was not prepared for the beautiful Convention Hall Building. Built in the 1930s it clearly has seen better days but it still looks amazing. It hosted conventions and starting with the 50s a lot of rock concerts. The Beach Boys played here and The Doors. Ray Charles, Janis Joplin and James Brown. The Doors, Kiss, The Rolling Stones, The Byrds, The Who, Pink Floyd and Led Zeppelin and many, many more. This place was filled with great music and still is. The Boss plays rehearsals here. 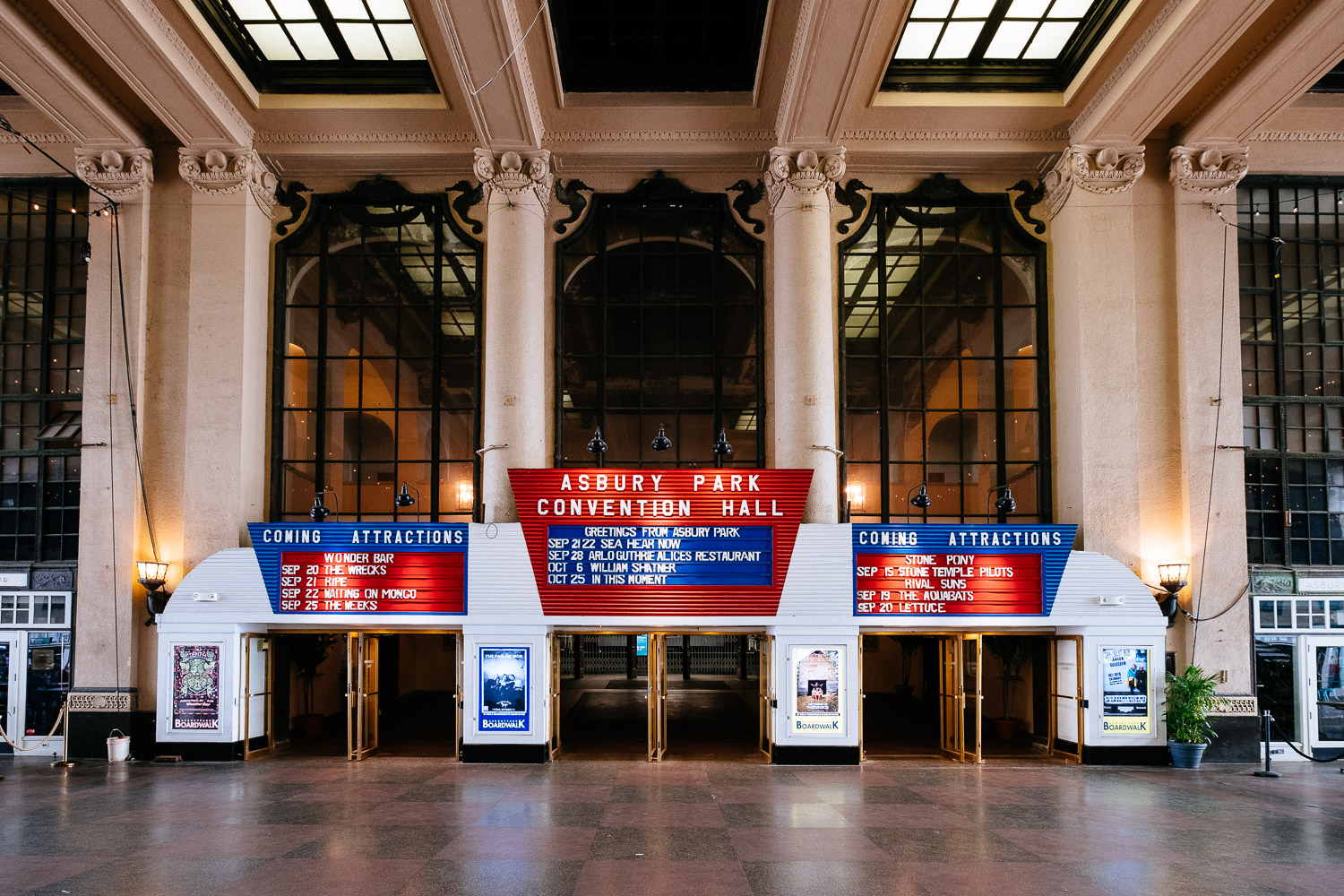 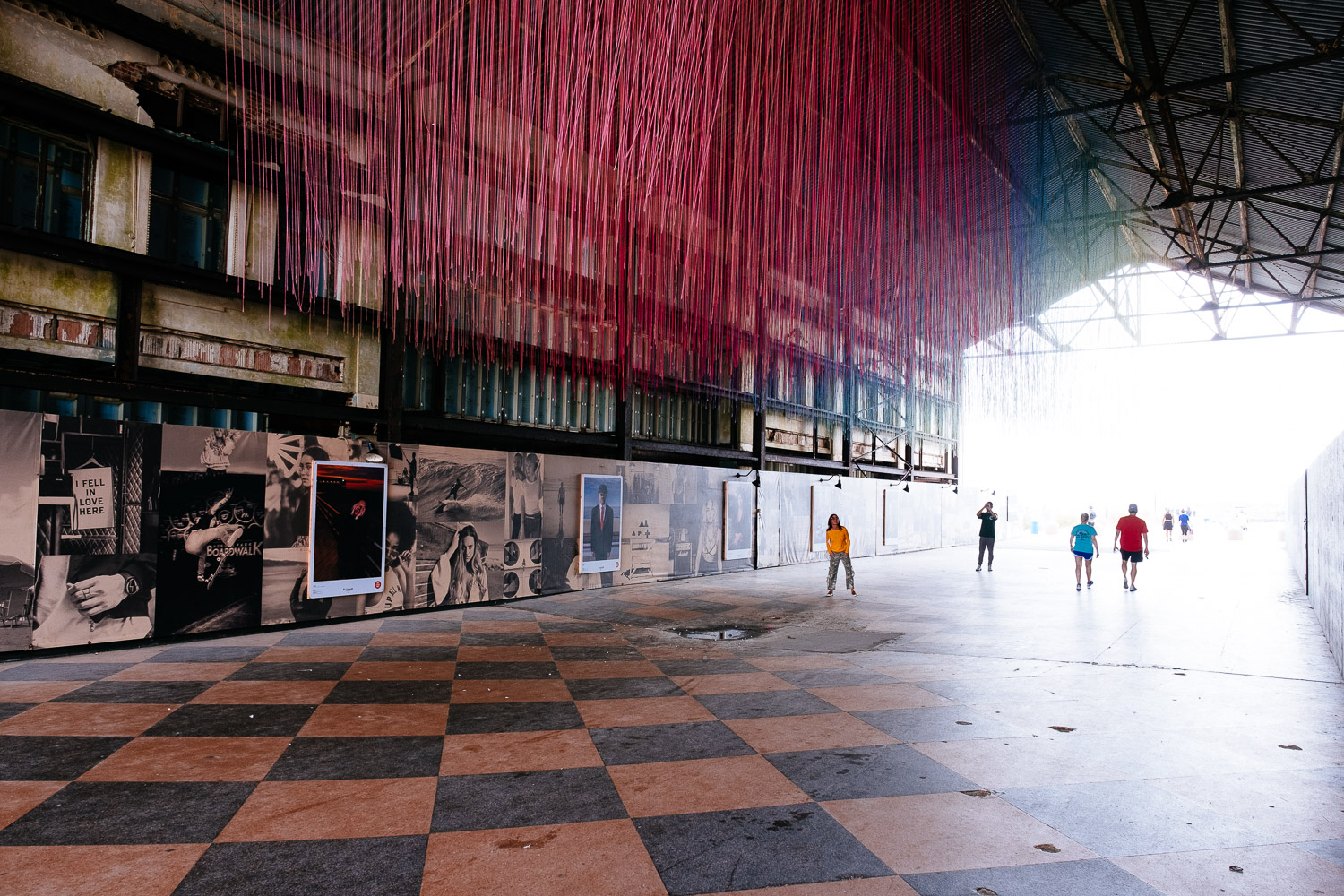 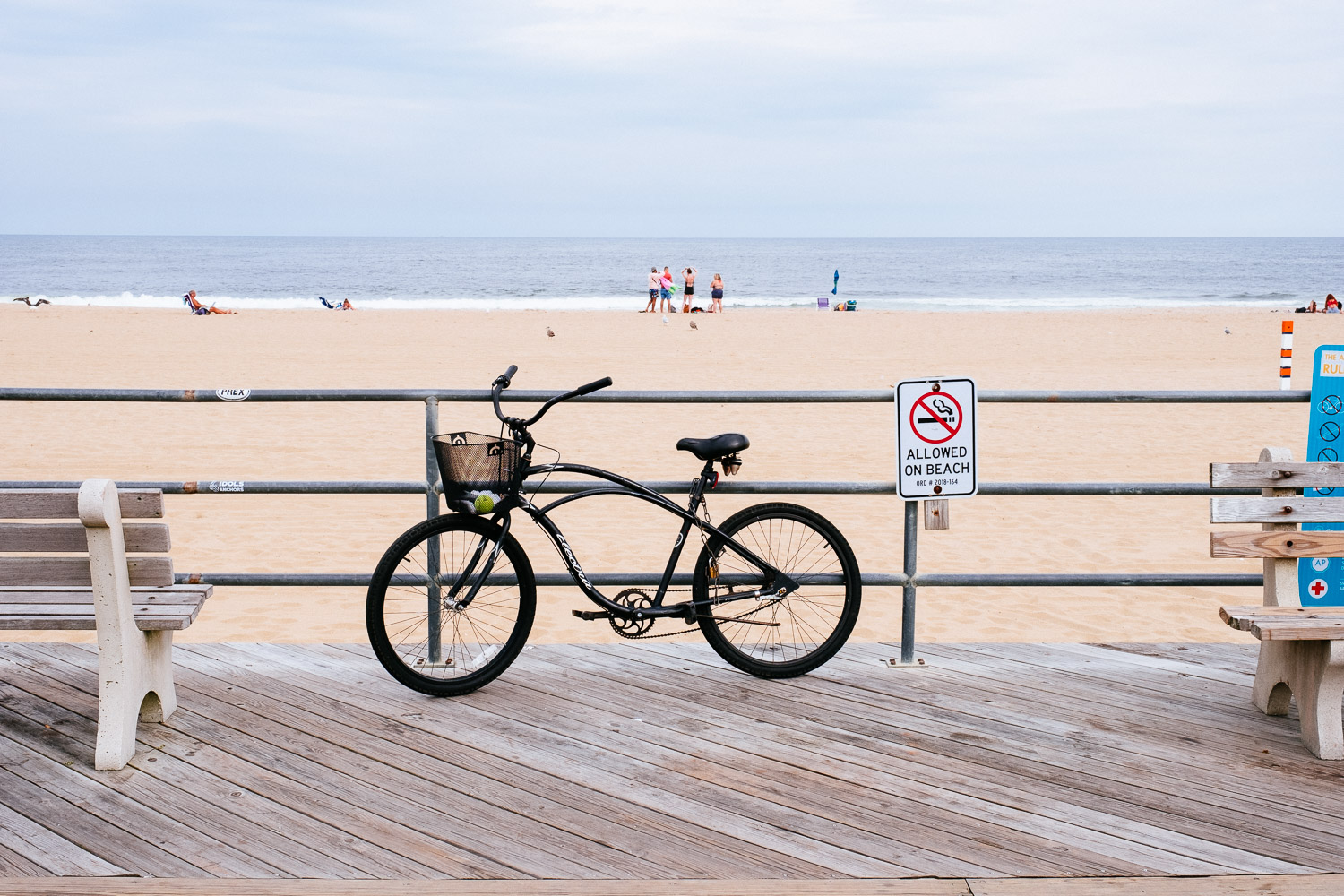 I guess during summer this is still a very busy place but on the 15th of September it’s clearly off-season or better Nochsaison (after season). A great song from Ostbahn Kurti. A legendary performer of Rock songs from Austria. He combined the great music of John Hiatt, Tom Petty, Bruce Springsteen and the texts that Guenther Broedl wrote for him and transferred those already great Rock songs into something special. I’m a great fan of Springsteen and John Hiatt but “Arbeit” (Factory) and “Wia im Kino” (Lipstick Sunset) are better than the original songs.

So here we are. The summer is gone and so are most of the visitors. School has started again and family and students are gone. Almost everything is closed except a small coffeeshop in the convention hall. What’s left are pensioners, old hippies and some lost tourists like us. We just loved it. 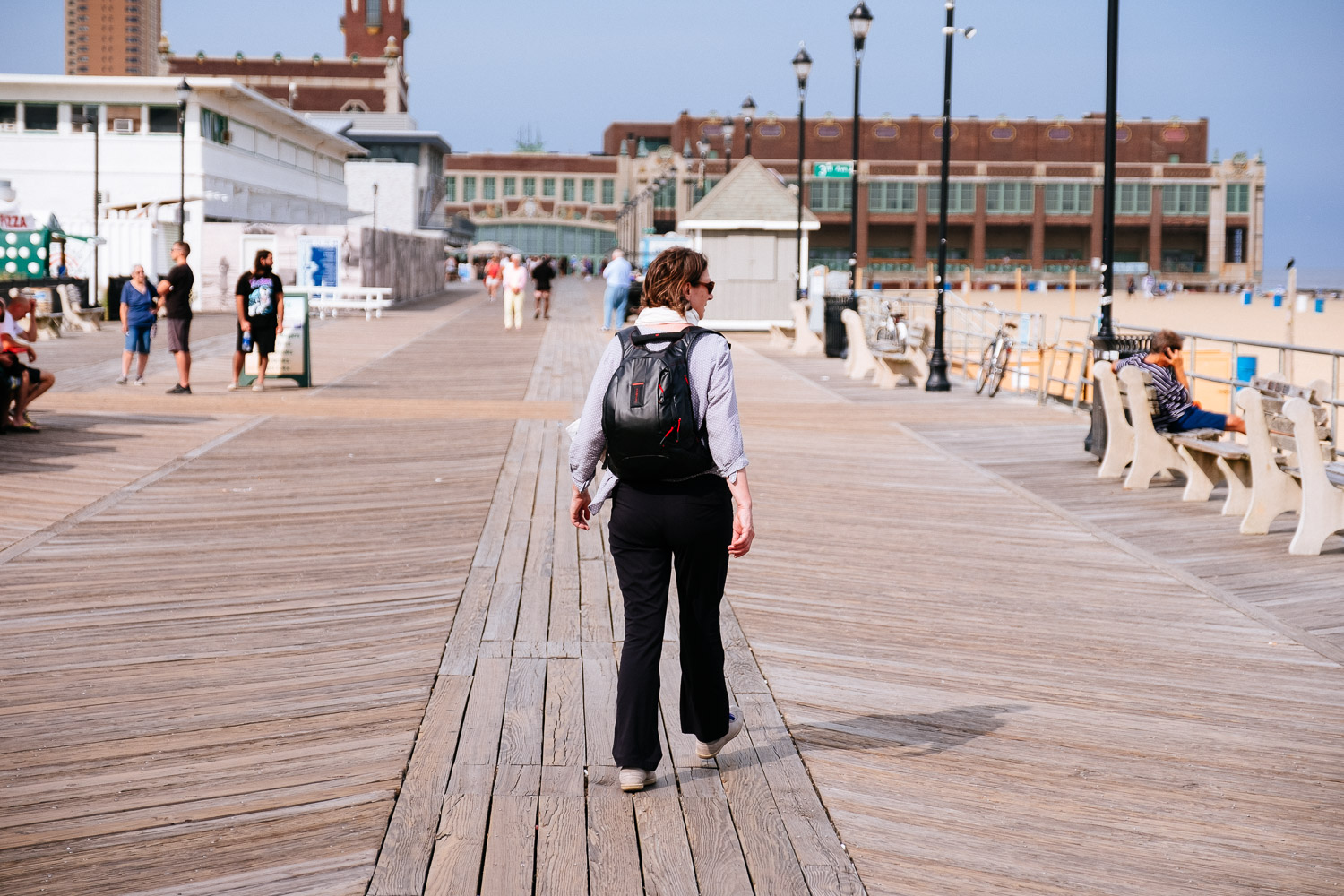 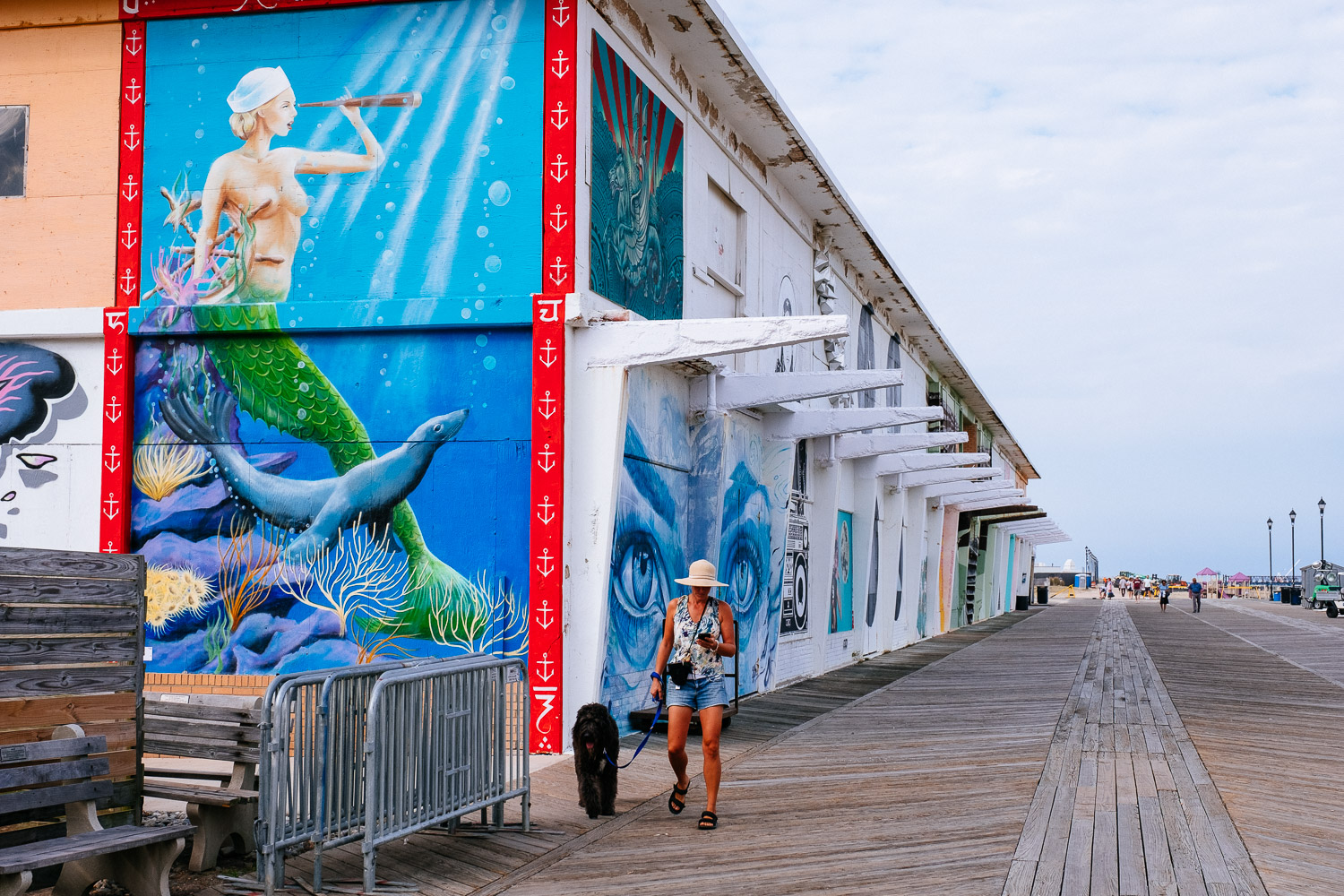 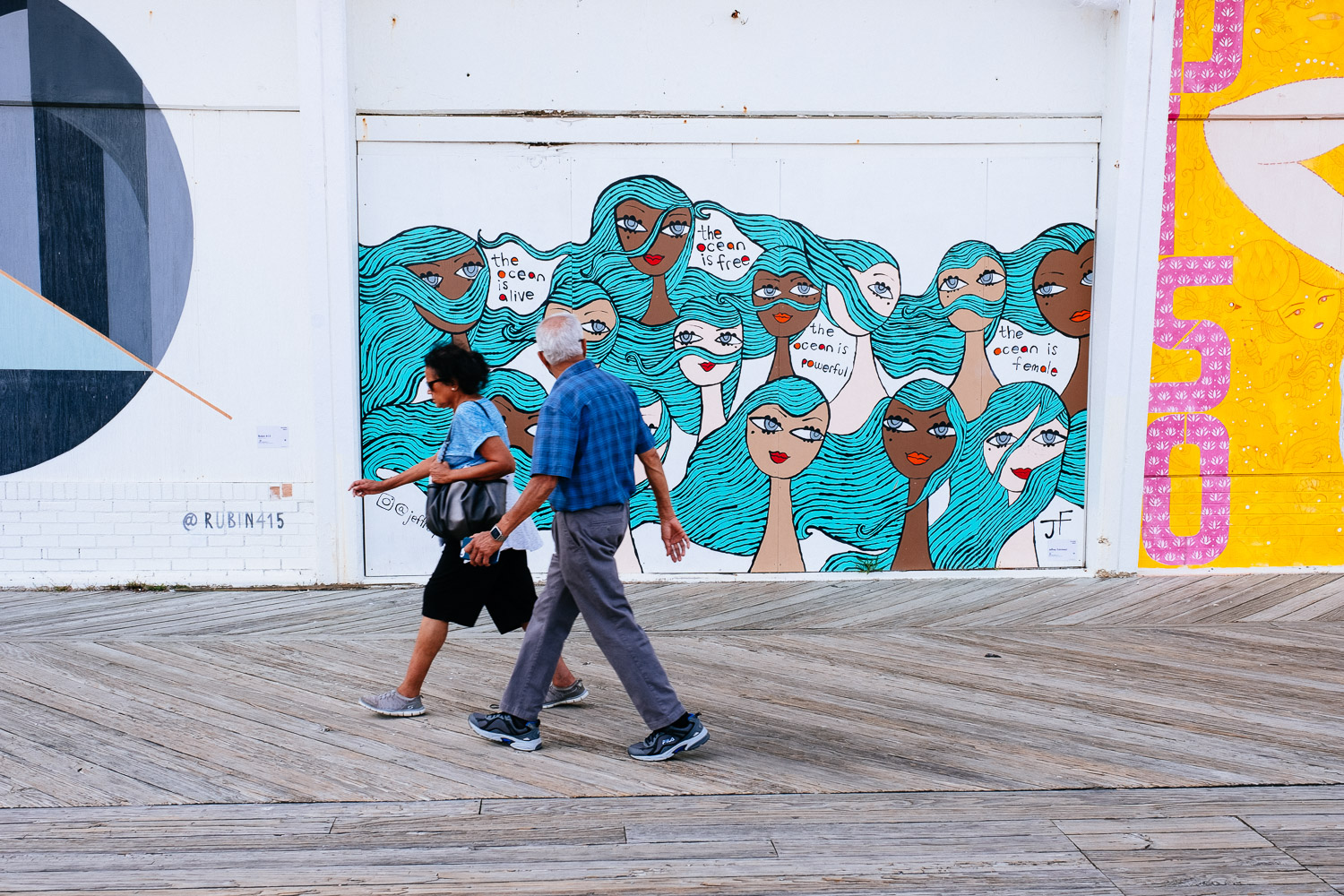 Late afternoon but it was time for us to leave and go to our hotel. Early, yes but we just landed yesterday and spent the morning in Manhattan. We finally got a little tired. I can’t remember where we had dinner but I assume it was just the McDonalds next our hotel.

We went to bed early. This was just the first full day of our vacation with many more days to come. Our 7th trip to the USA but for the first time we are in the East. So everything we will see on this trip will be new to us and that’s exciting. 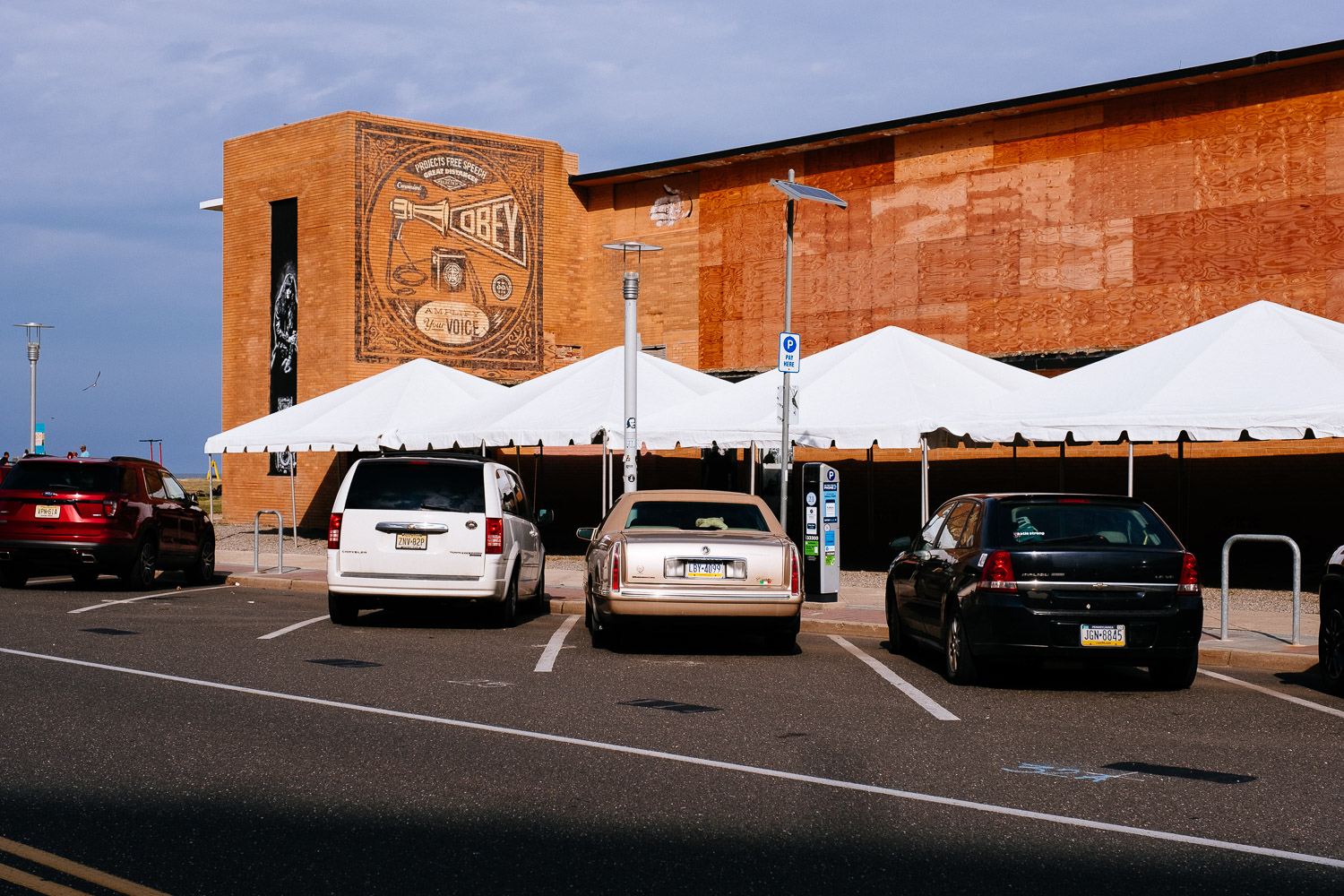