When I was a teenager and somebody asked where I want to travel I answered New York. Well it took me over 30 years of traveling to finally get there.

Since those teenage years I almost literally travelled everywhere. I covered most of Europe including Eastern Europe. The Wild West of the USA and Canada. North Africa, South East Asia, India, Japan and Korea. But I have never traveled here to the destination of my dreams when I was a young man. Well, better late than never.

When I was a teenager my world was small. I went to school in a small town and I grew up in an even smaller village. I haven’t seen anything from the world except a little bit of Yugoslavia, a country that doesn’t exist anymore today. But of course I have watched movies and as a kid I also watched Kojak. Those skyscrapers, those streets, those cars. I wonder how it would feel to finally see it in person. 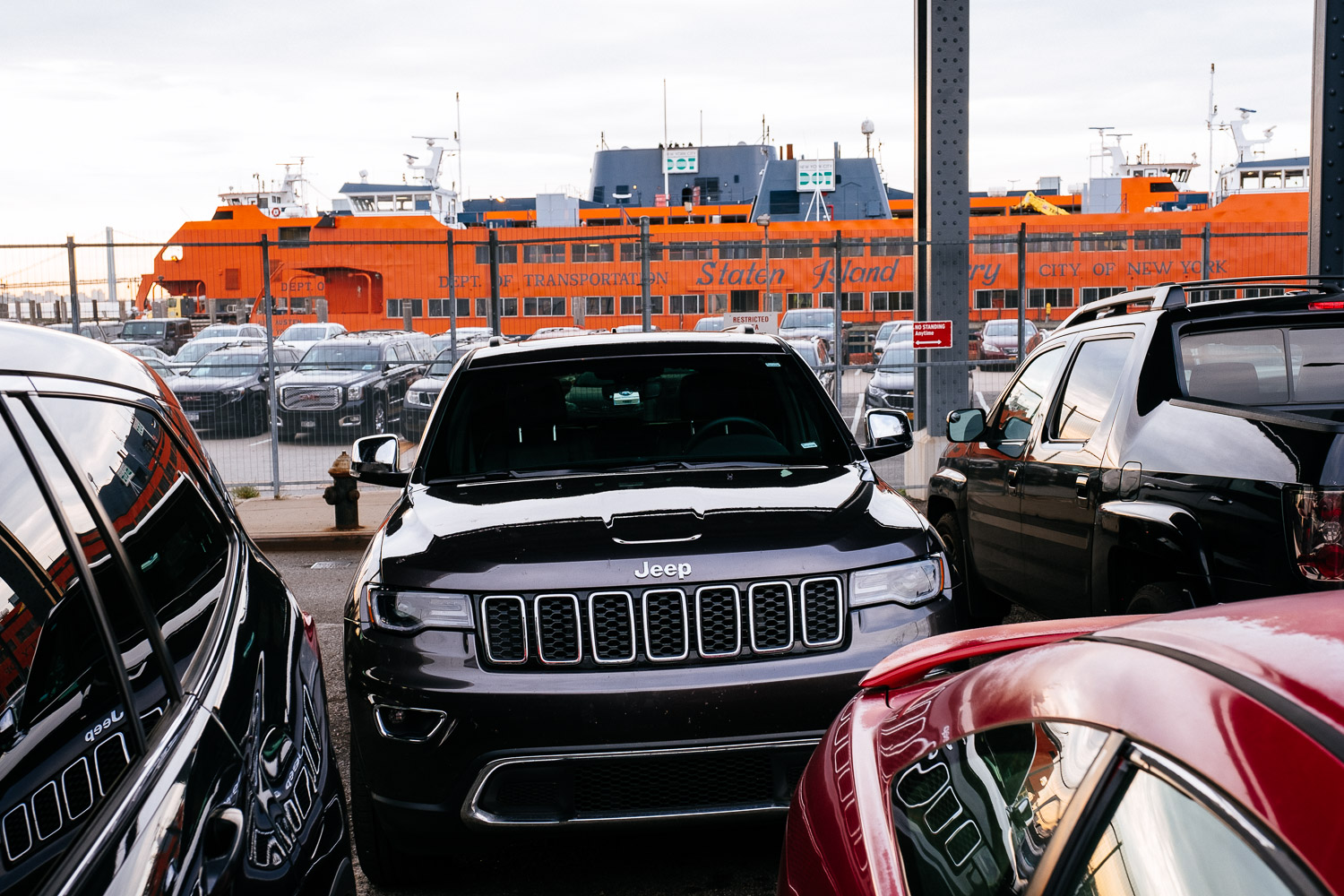 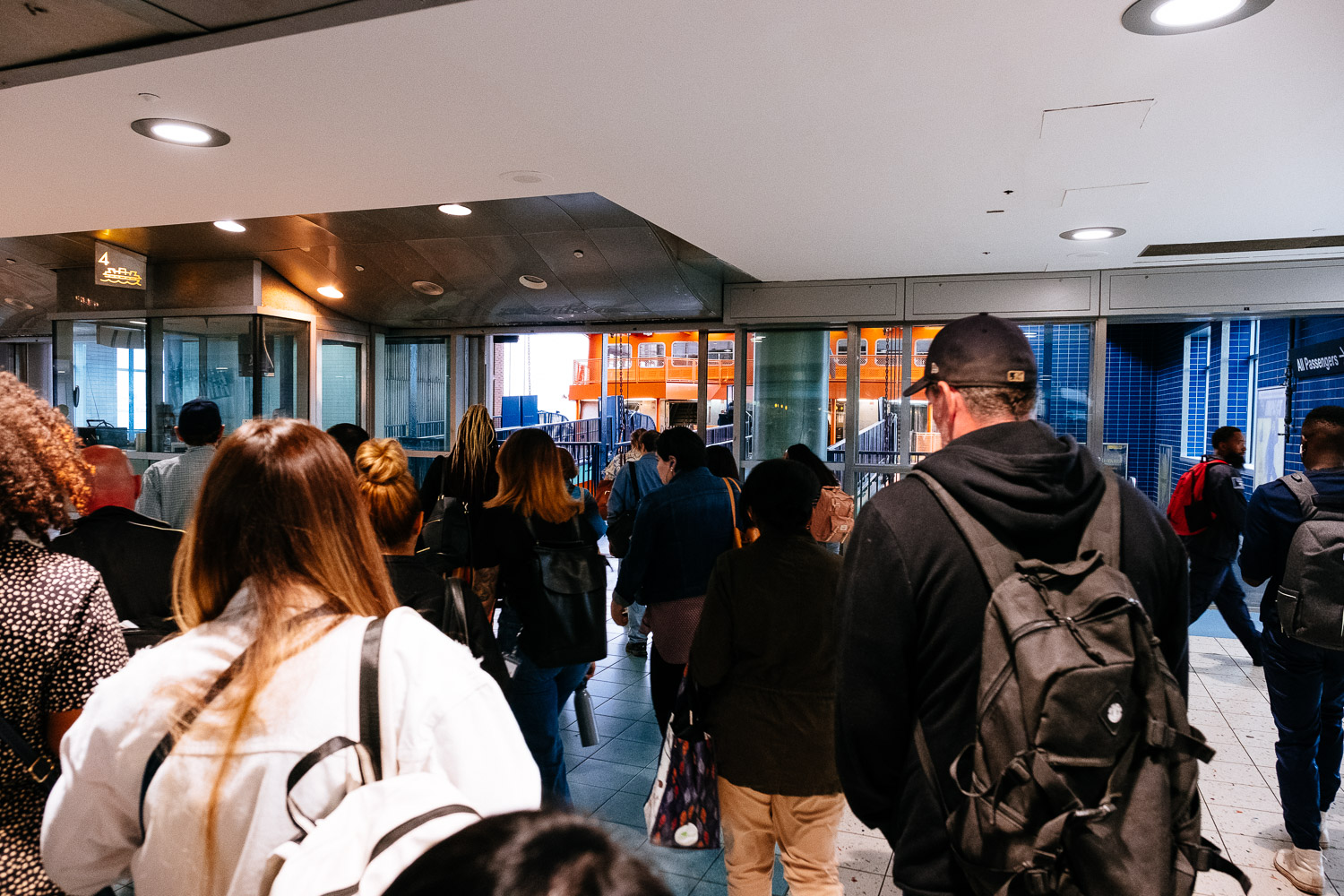 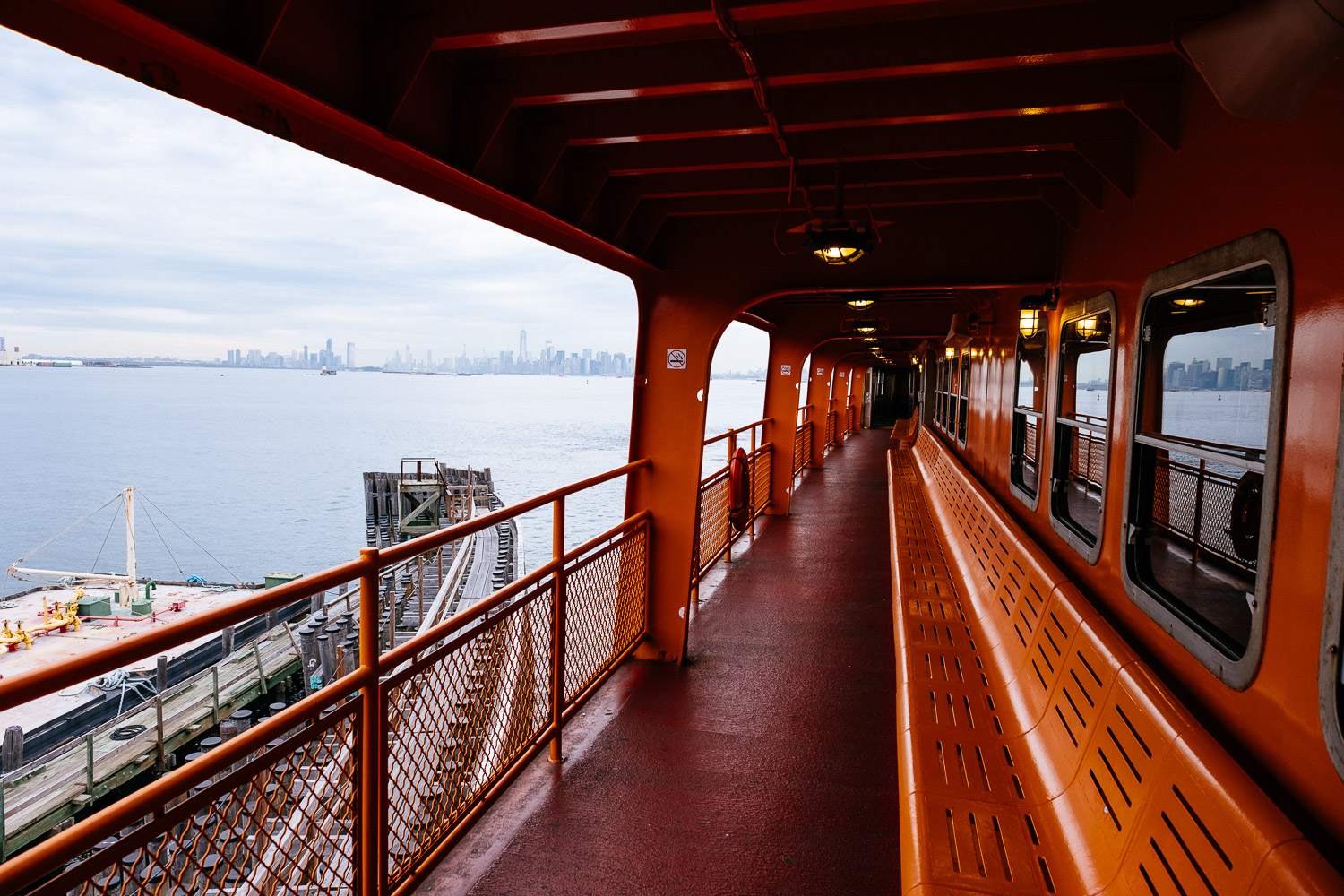 Of course there was only one way to do it right. We decided to stay in Long Island for the first night because we wanted to put New York at the end of our road trip. And because I wanted to enter New York like thousands of immigrants did. By ship.

Thanks to our jet lag we were up early and went to the ferry. It was a Monday morning in the middle of September so we were the only tourist on a ferry full of office workers and sales clerks on their way to work. In the image below you can see the young lady doing her makeup. The others were reading or just staring at their phone or into the early morning air. For them it was their daily commute to work. For me it was far more exciting. 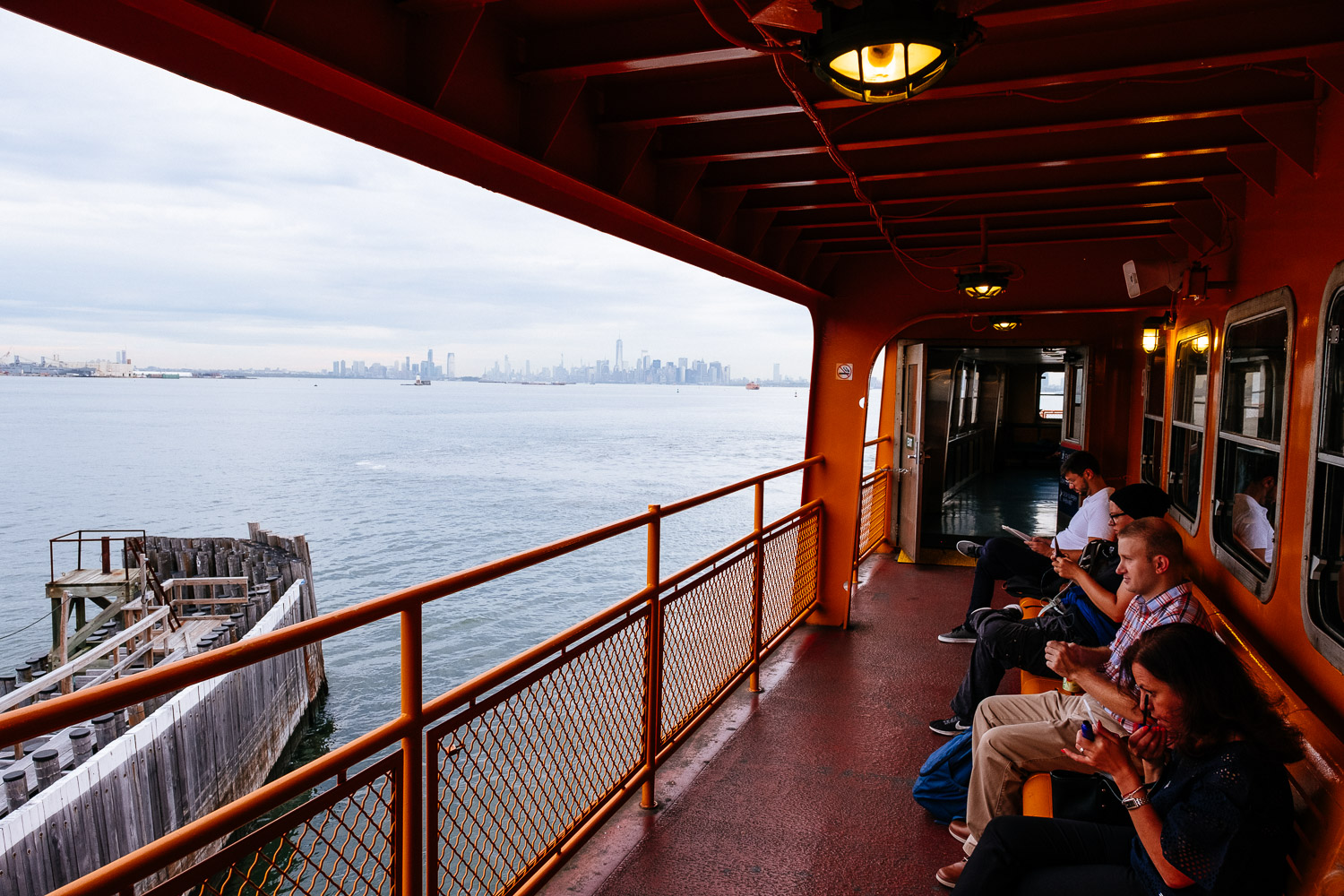 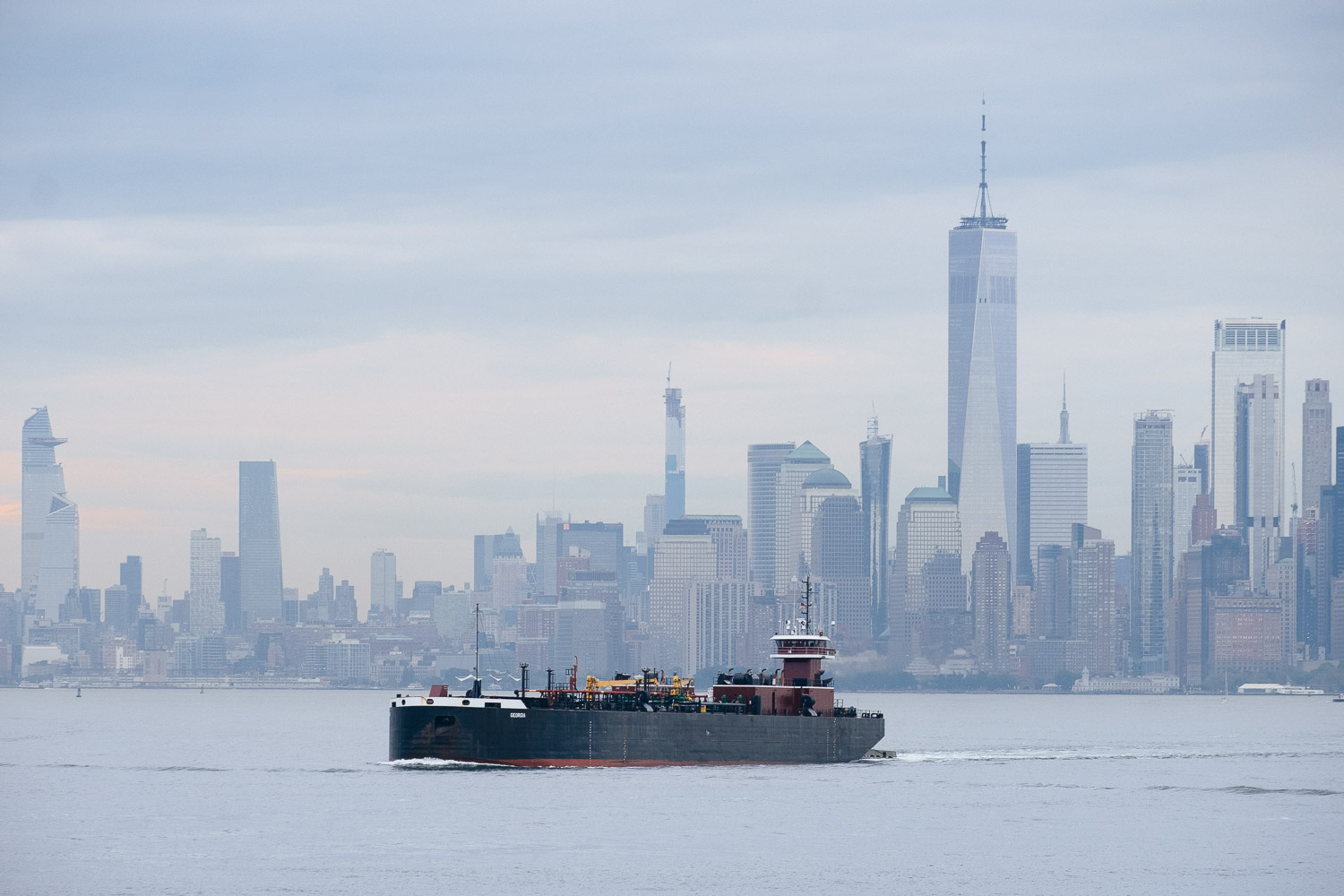 This was our seventh vacation in the USA within the last 9 years but the first time that we didn’t visit the South West of the country. So we didn’t expect three weeks of California blue but to start with a grey and cloudy day is not nice. It added to the images though.

But all was forgotten when we passed the Status of Liberty. I thought about the millions of immigrants on their way to their new life. About their dreams, their hopes and their fears. It gave me goosebumps.

More than a hundred years ago some of my ancestors took the same route too. It was the brother of my grandmothers father and a part of his family. The left their homeland for a better life. At the end they found it but the first generation had to be tough. One of the boys put down his memories of his first day in school. He didn’t speak a single word of English, only German. I guess that’s a pretty tough start into a new world. 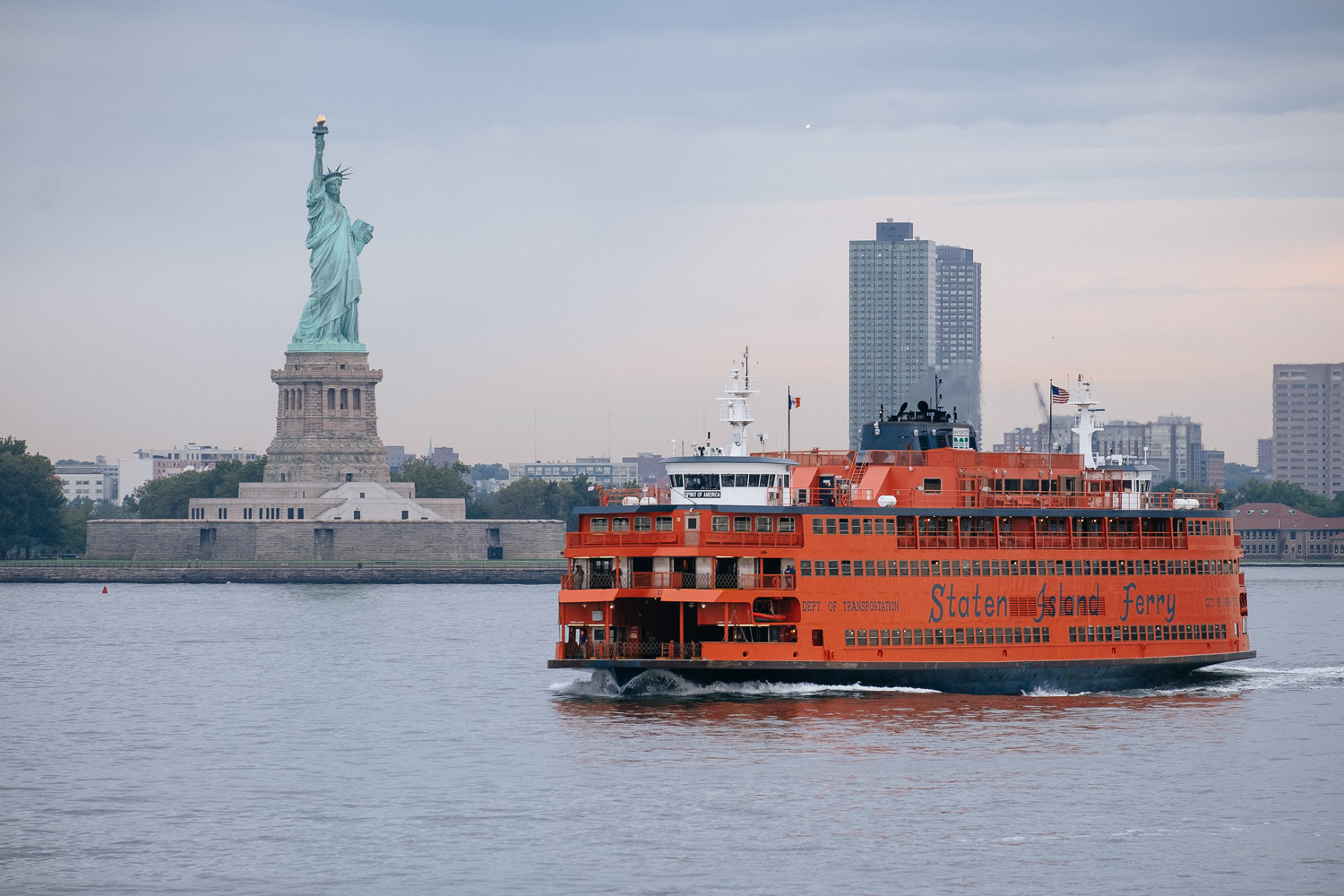 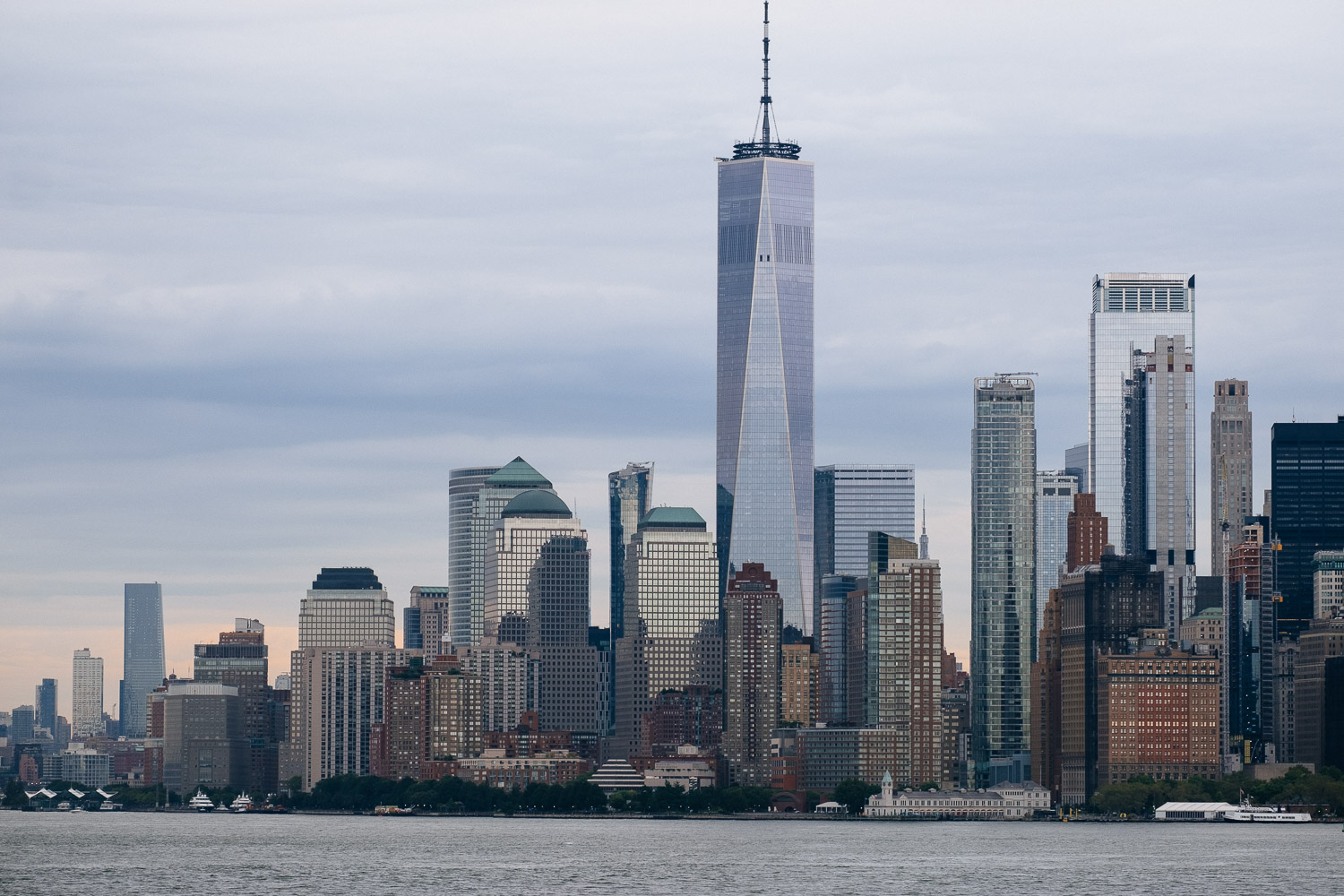 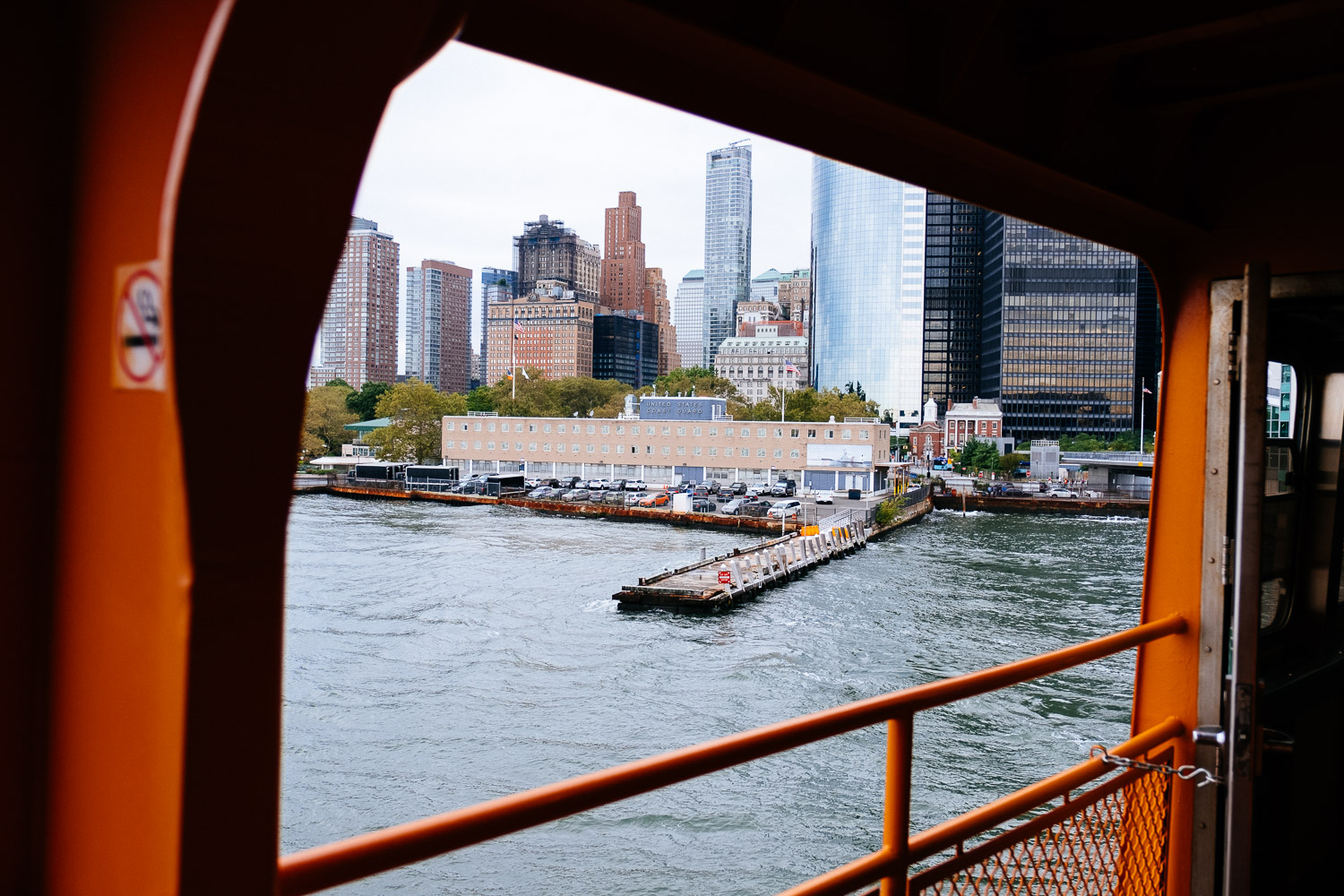 Everything happened so fast in the morning so I didn’t think too much about camera gear. I stuffed my two cameras and the 10-24, the 16-55 and the 55-200 in my camera back bag and went on the ferry. I knew that I wanted to have a long lens with me because I wanted to take an image of a ferry boat in front of the skyline of New York. It become one of my favourite shots of the vacation.

When the ferry docked the people rushed to their working places. And I finally arrived in Manhattan, in the heart of New York City. 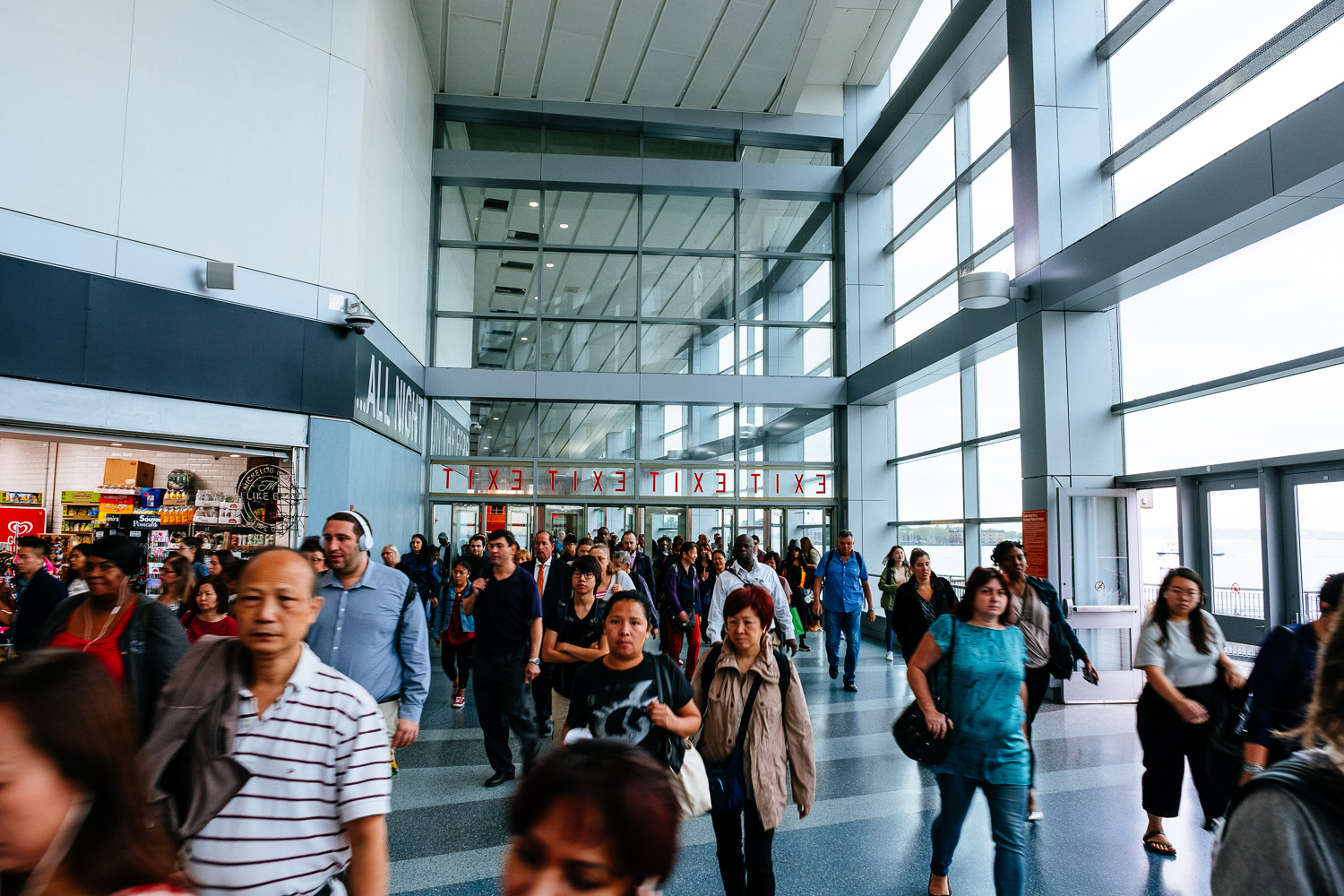