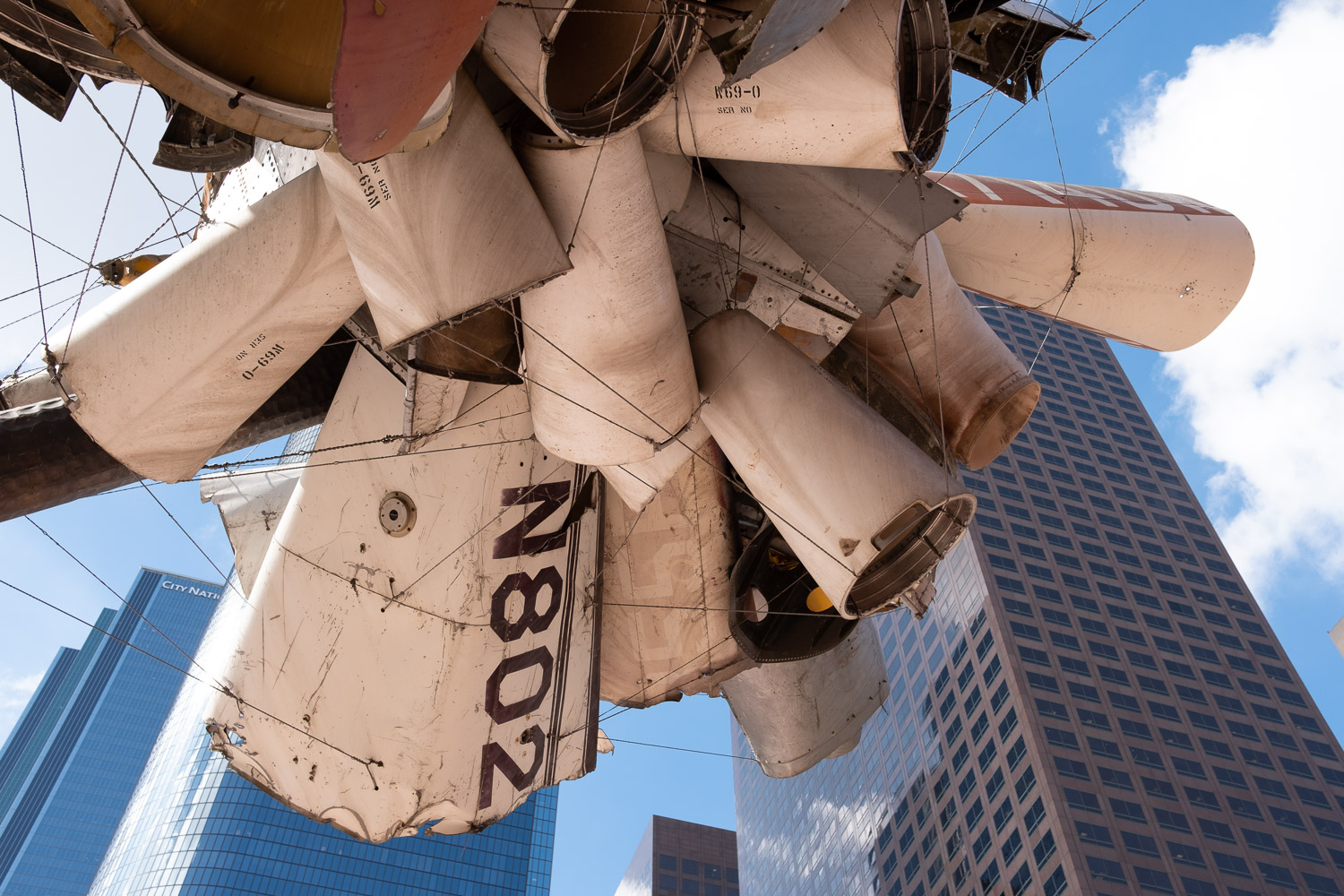 An escalator lifts you from downtown LA to a big office park with modern skyscrapers, cafes and a small resting area with water and plants. Like an oasis in the desert.

Downtown LA has seen much better days. You can easily see that if you look at the old movie theatres. LA is called the city of angles – Los Angeles – but of course it is the city of cars. I love cars but of course cars and city centres aren’t a good combination. Cars ultimately destroy city centres unless you ban them out. You think I’m wrong. Just compare the centres of LA or Detroit to Vienna. I’m sure you can spot the difference. 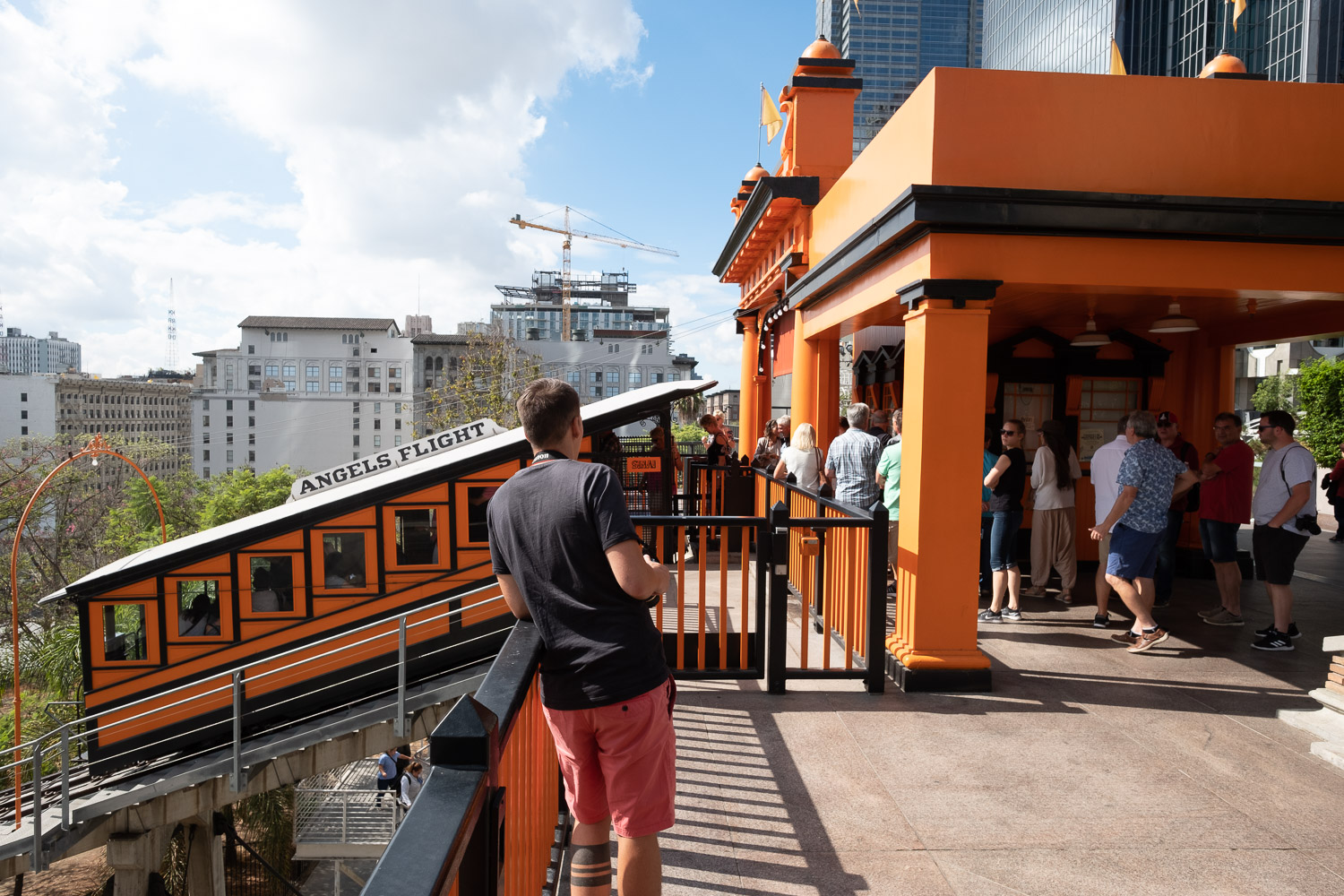 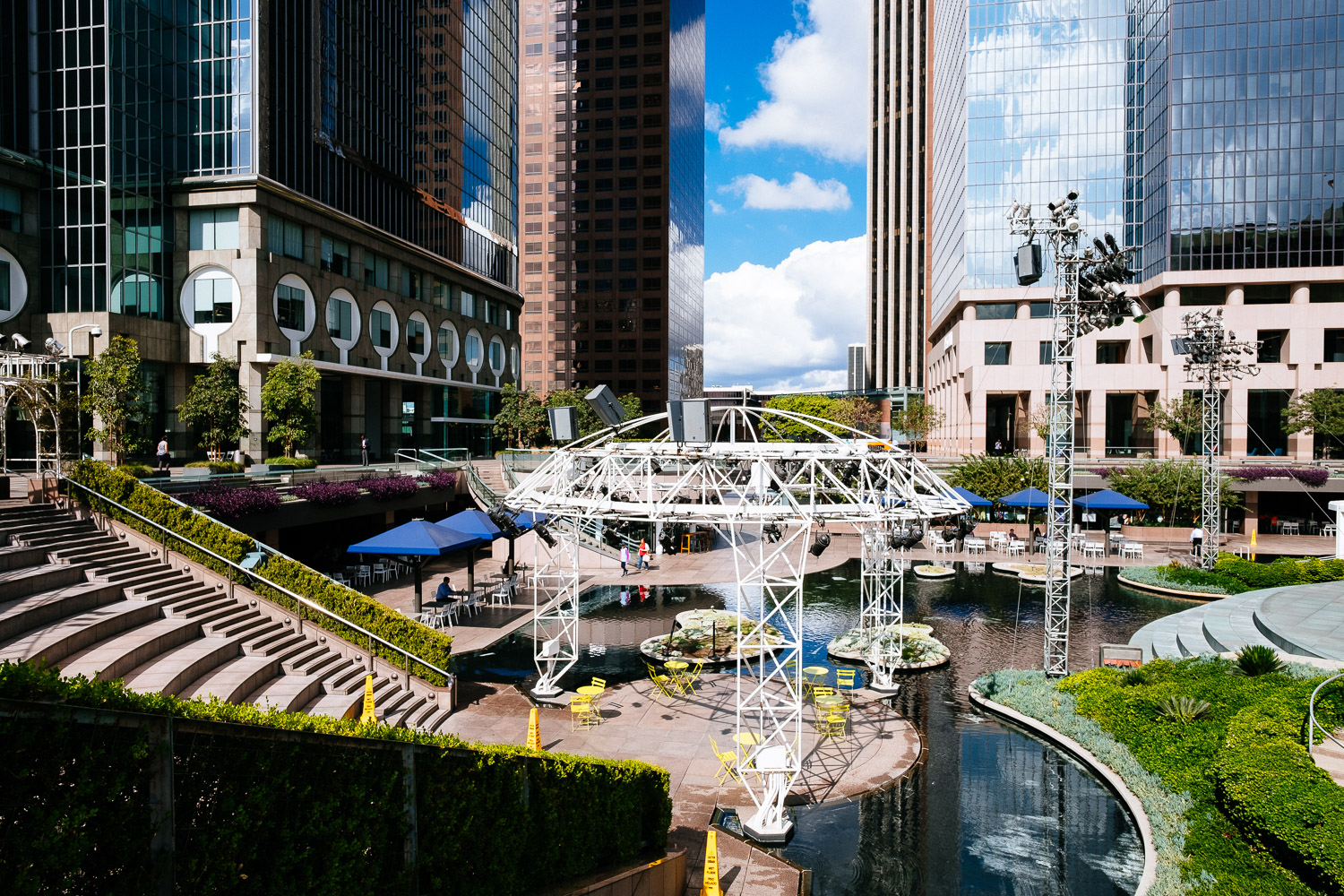 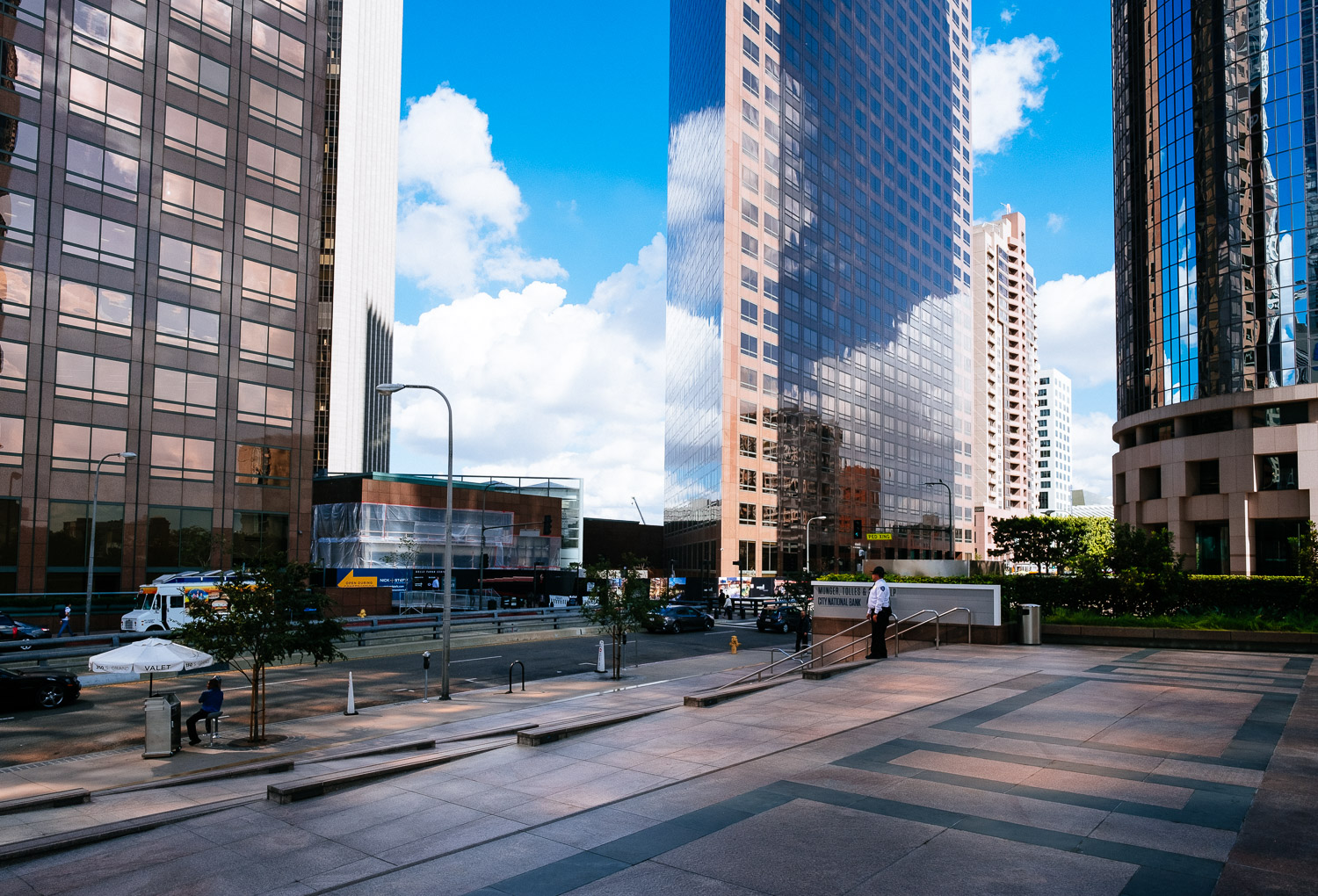 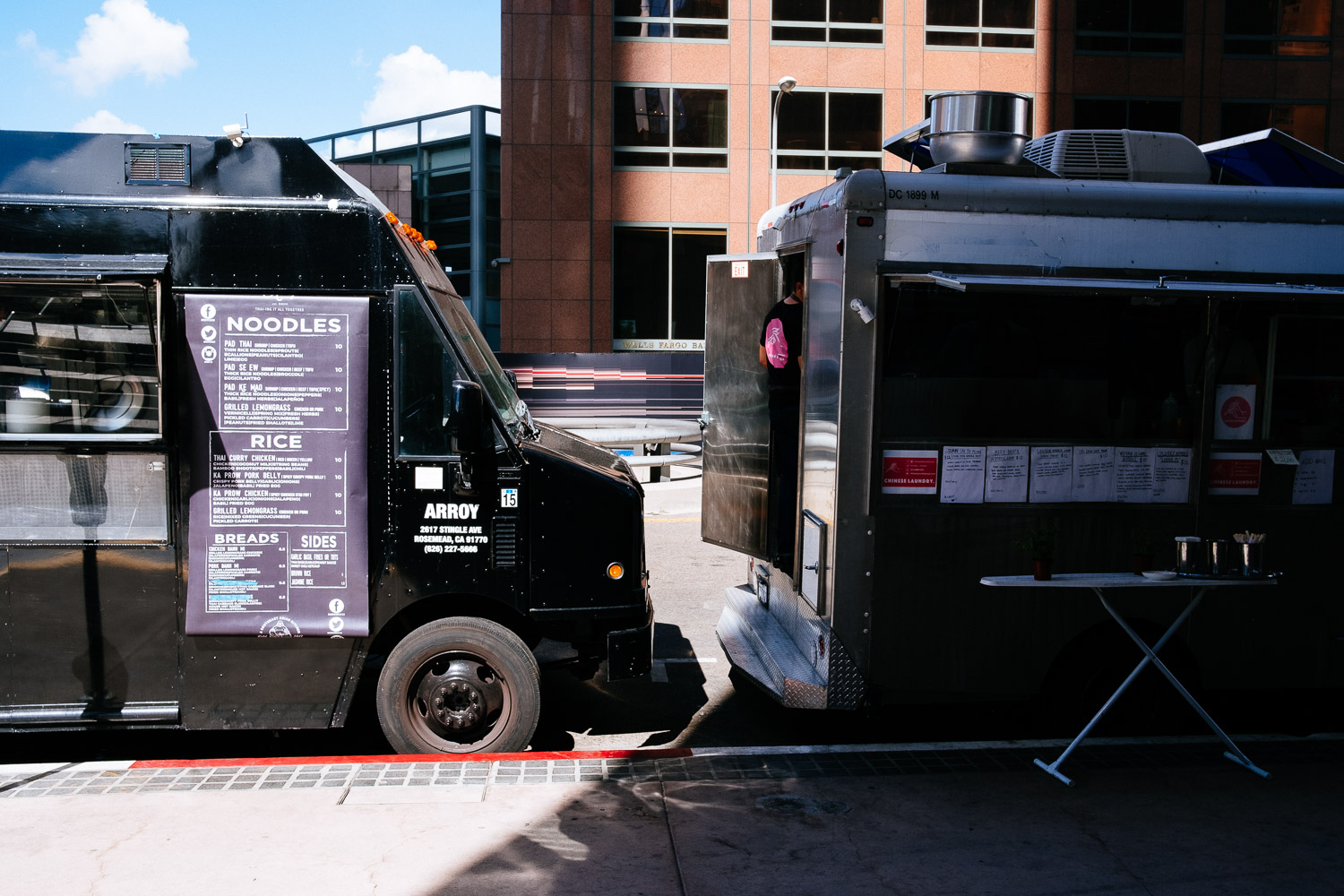 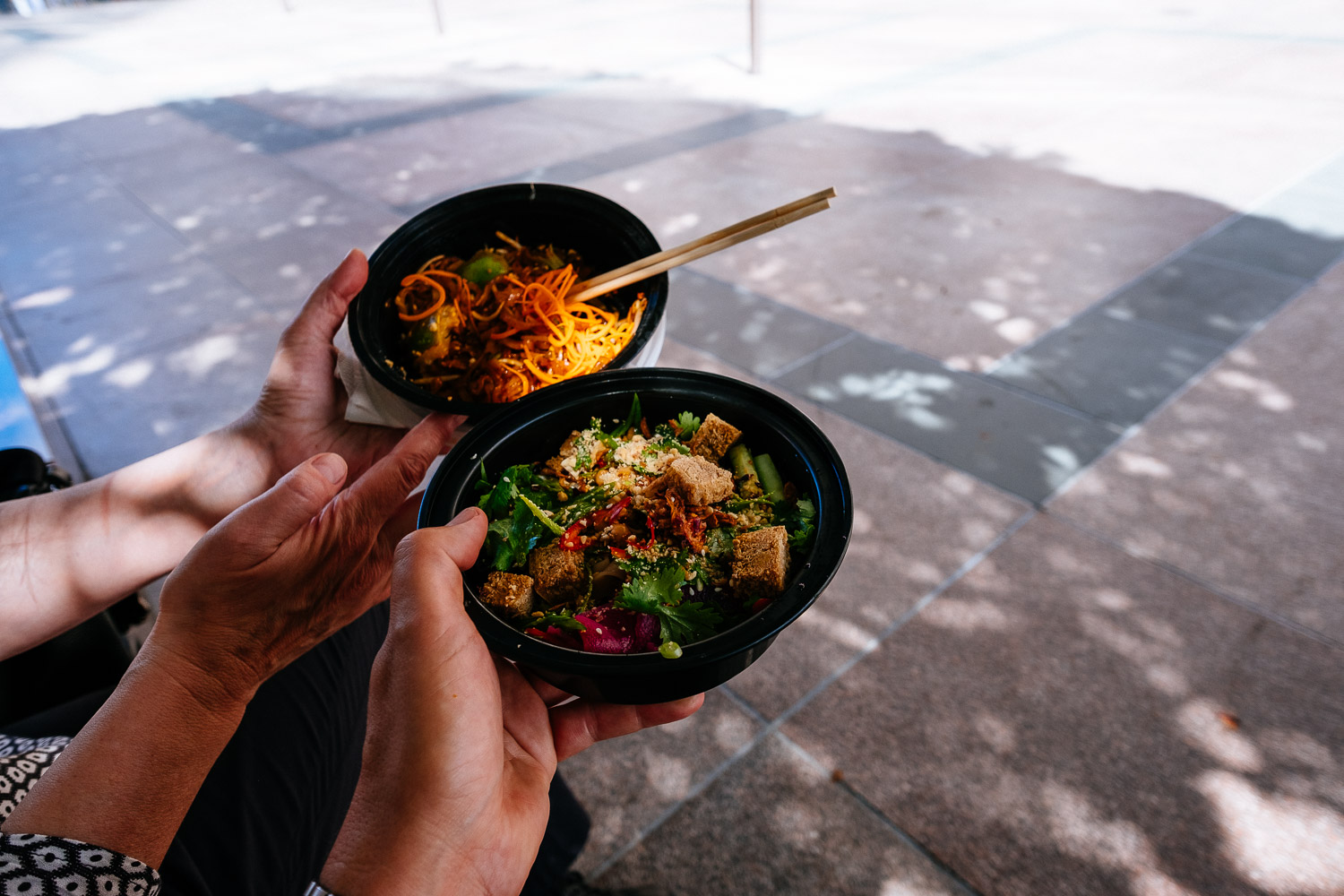 In the old part there have been a lot of changes in recent years. Fancy barista cafes opened and they put some flowers on the streets but it still takes little imagination to see a crime scene just around the corner.

Up here it is different. Somehow it looks like they city planers gave up on the old part and created a completely new area one block further away. That fact that this new area is also a higher just emphazises the fact. It reminds me of Metropolis from Fritz Lang where people in the upper world live their lives in luxury at the expense of the people in the underworld. Workers that run gigantic machines for the profit of the rich. OK, enough socialism. But the contrast in between up and down is striking.

We took our lunch from the food trucks but we had no offices to go back to so we had lunch on the street underneath a tree. Seeing all the people in their business outfits reminded me that I will be back in my suits soon. I guess today the working class is wearing suits, working behind computer screens all day to allow a very few to live a life in luxury. Oops, I did it again! Lunch was very good and very spicy. 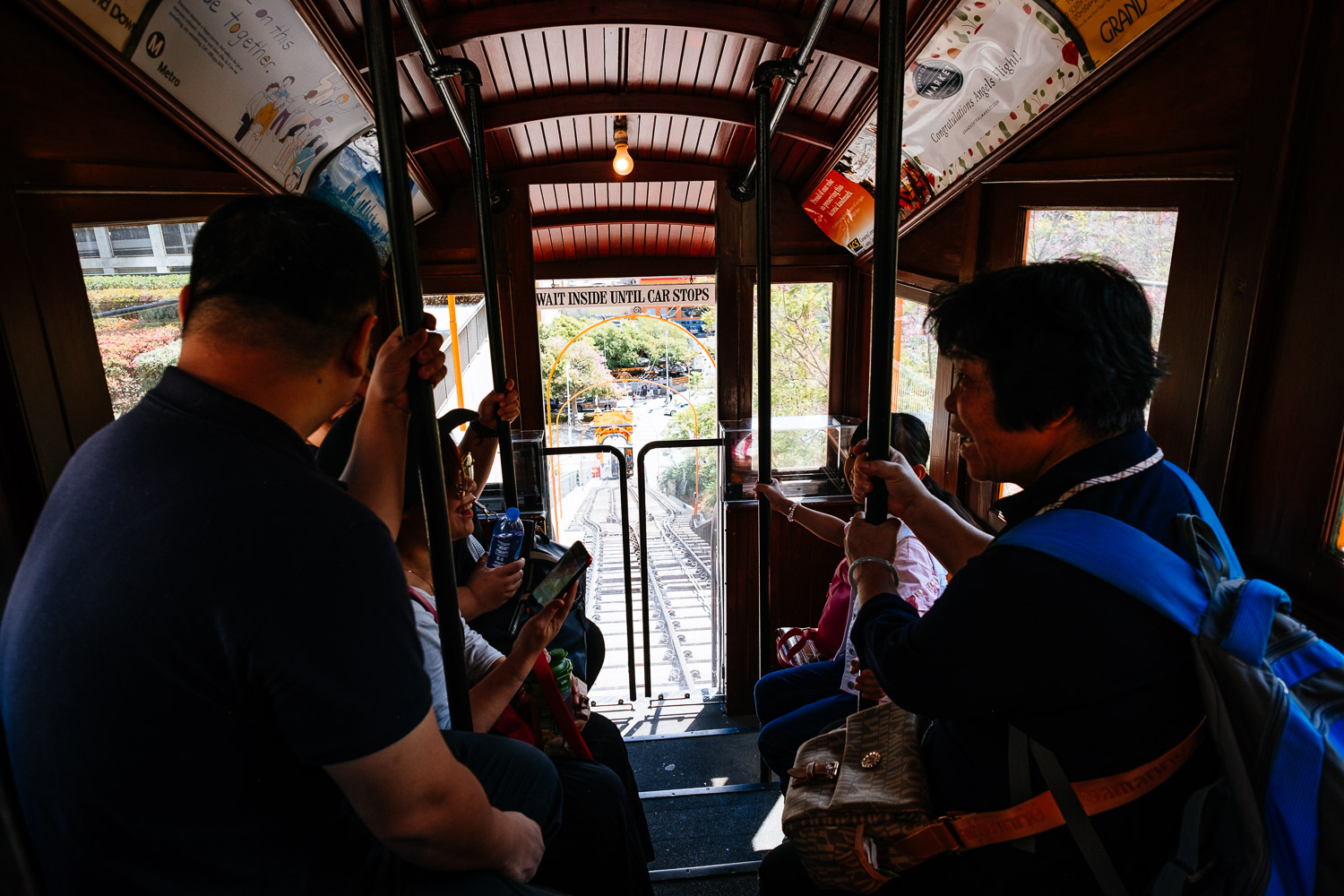 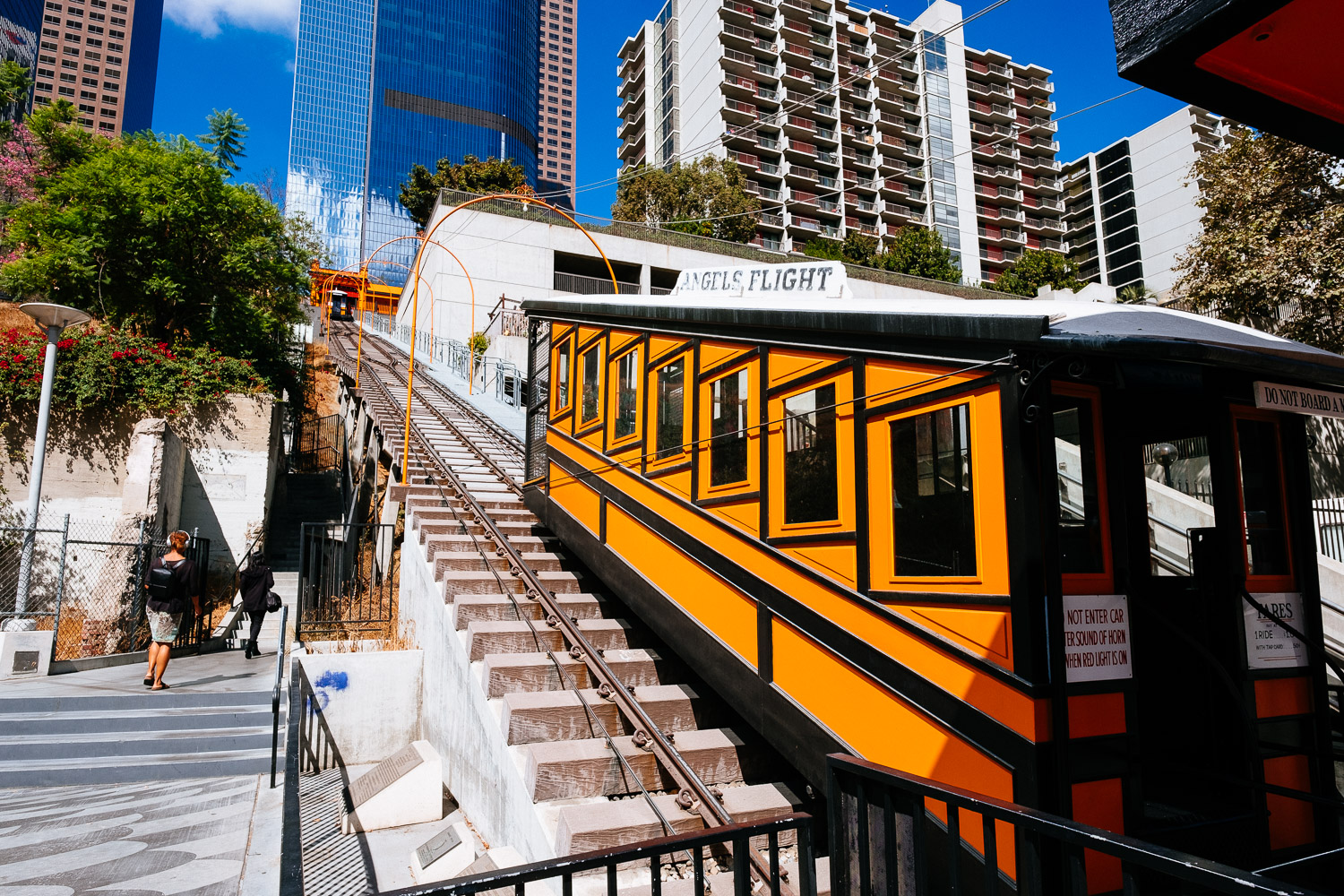 We discovered there is another way to go back to our car. There is an ultrashort train connecting the two worlds called Angels Flight. Of course we had to take it.

We took the Downbound Train. Soon we will be back to our place “where all it ever does is rain.” 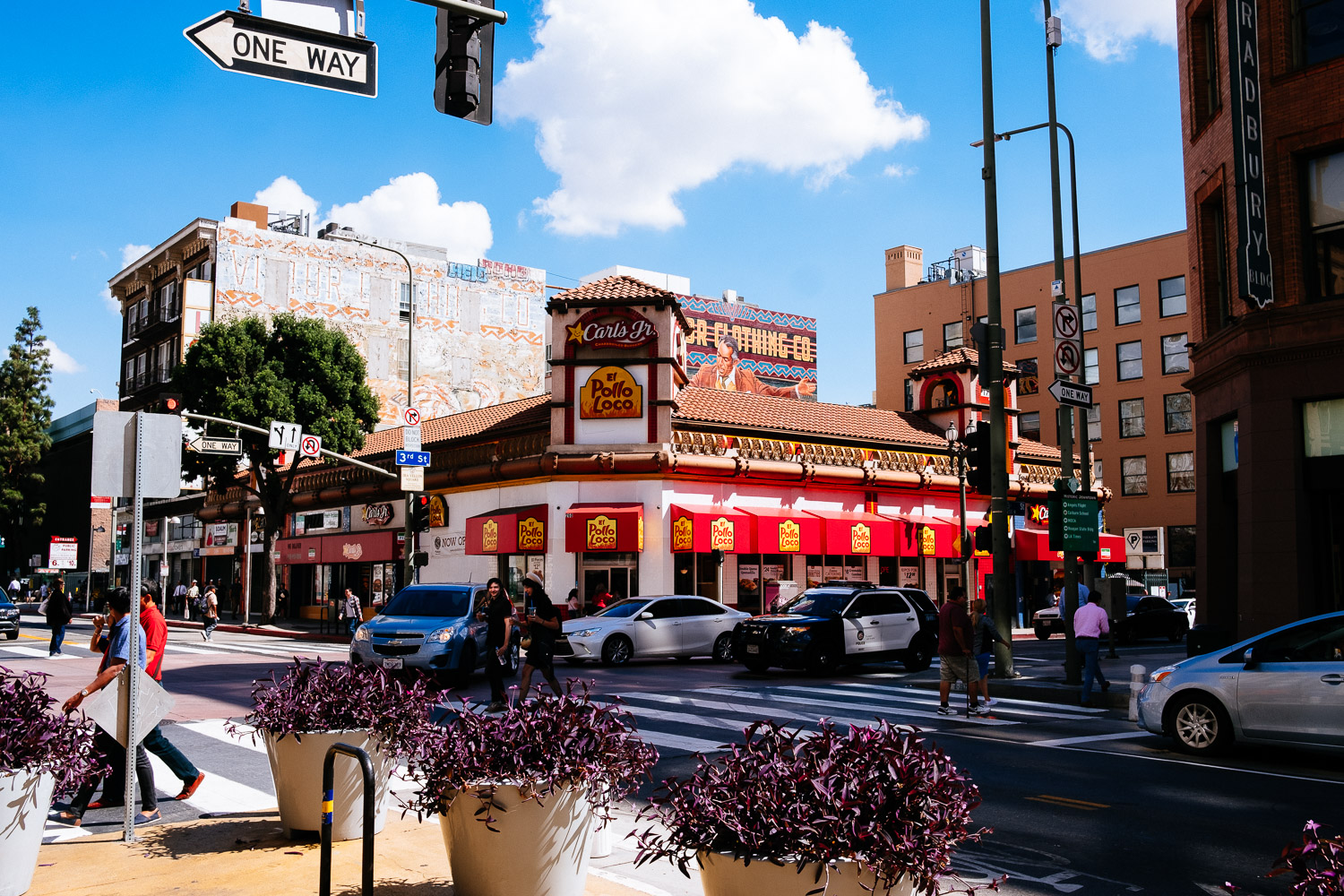