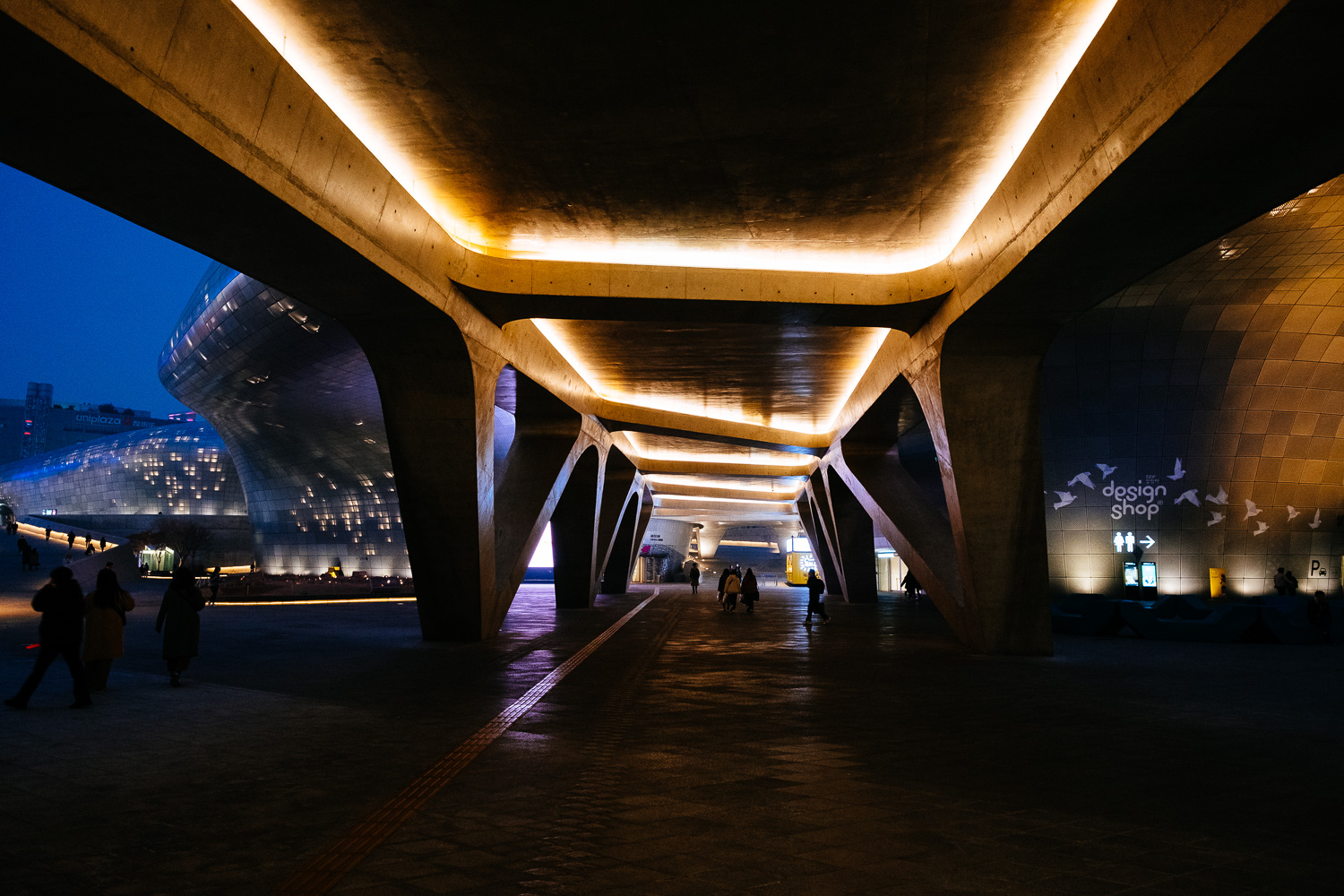 This spaceship like object is the design museum in Dongdaemun in Seoul, South Korea designed by Zaha Hadid. And extremely impressive building. This was the first place I visited on my first trip to Seoul two years ago and I simply thought that it was time to see it again. I was tired after the long flight but I decided to wait until the blue hour. So I had an early dinner in a restaurant in the complex to be ready when the light is best. 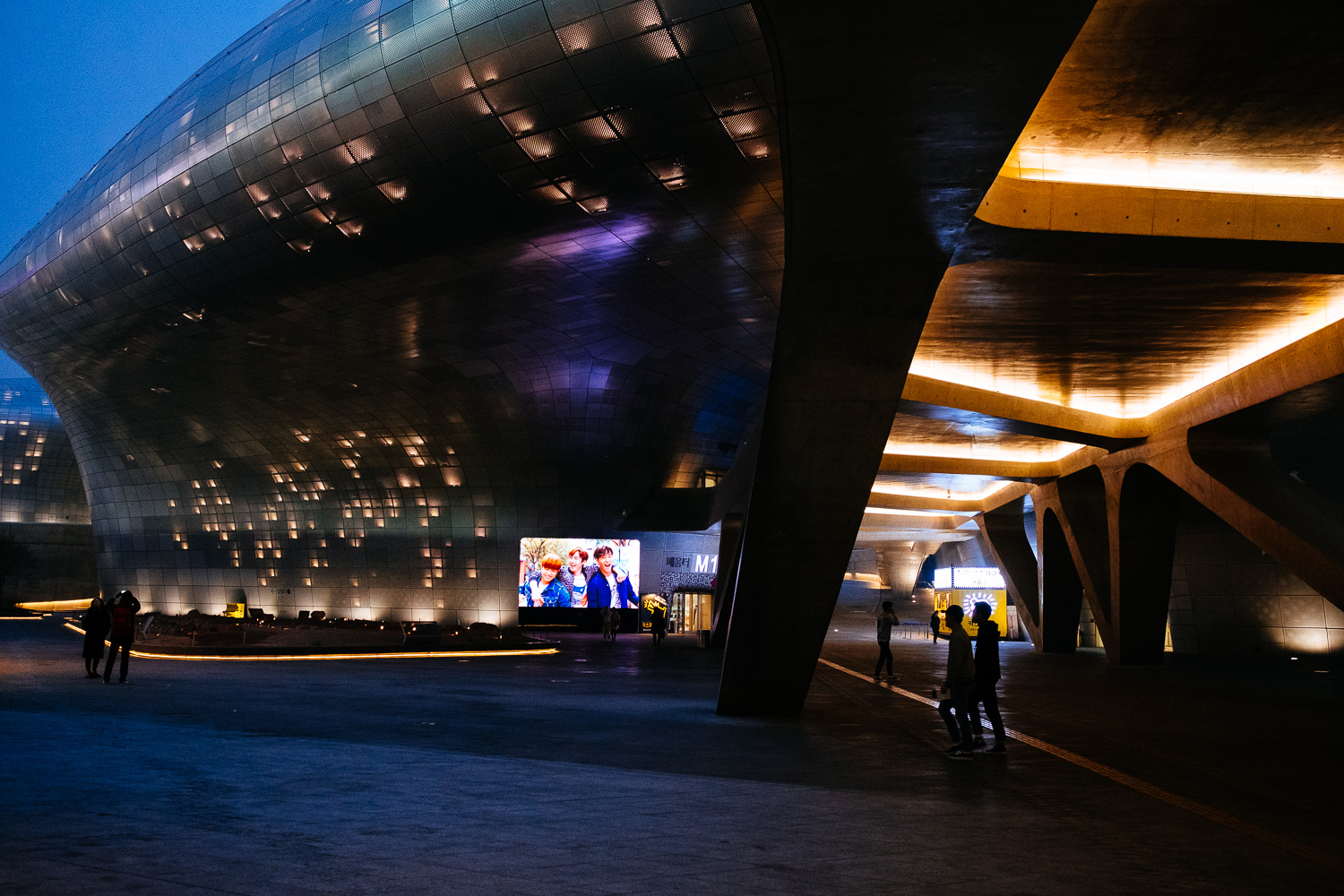 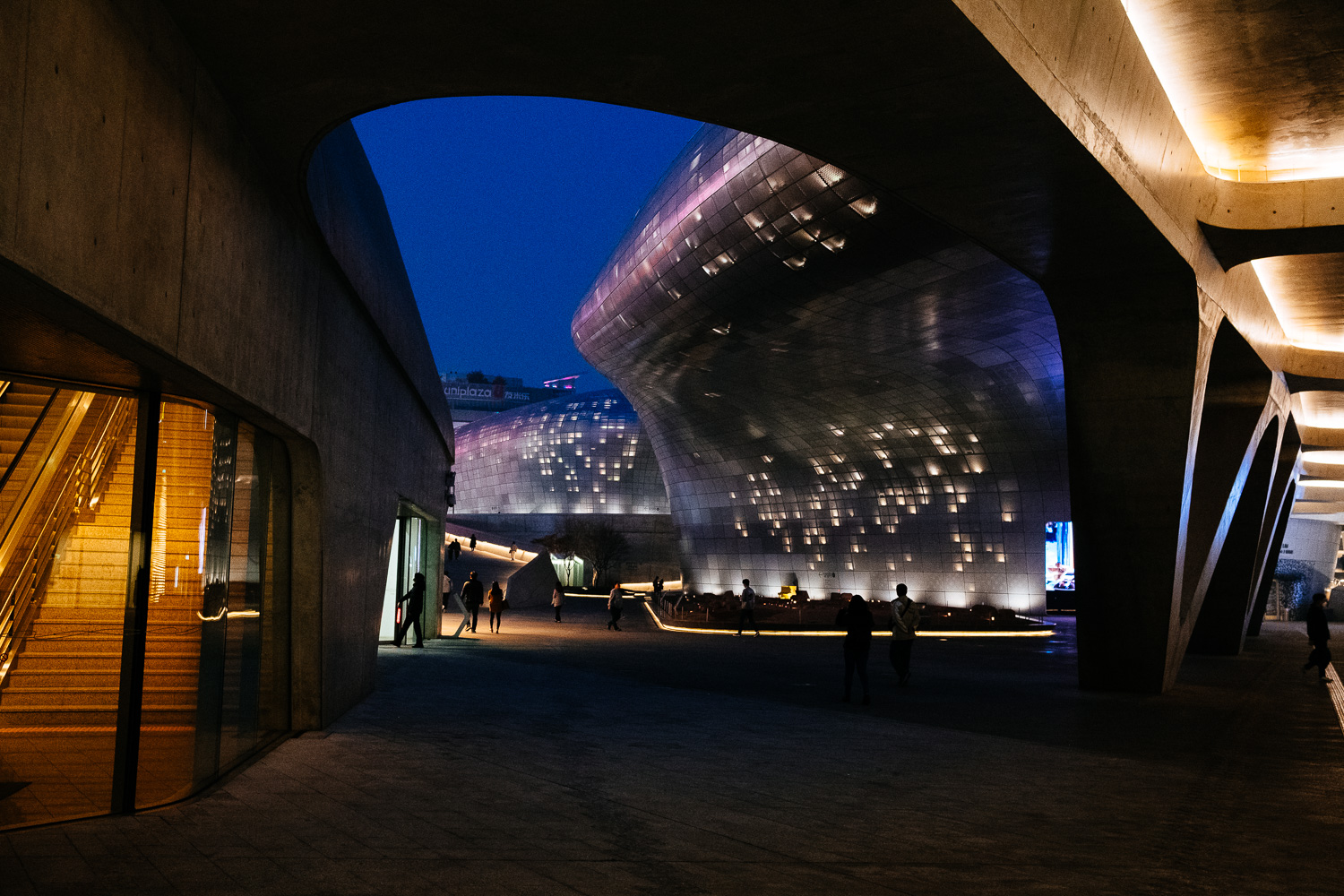 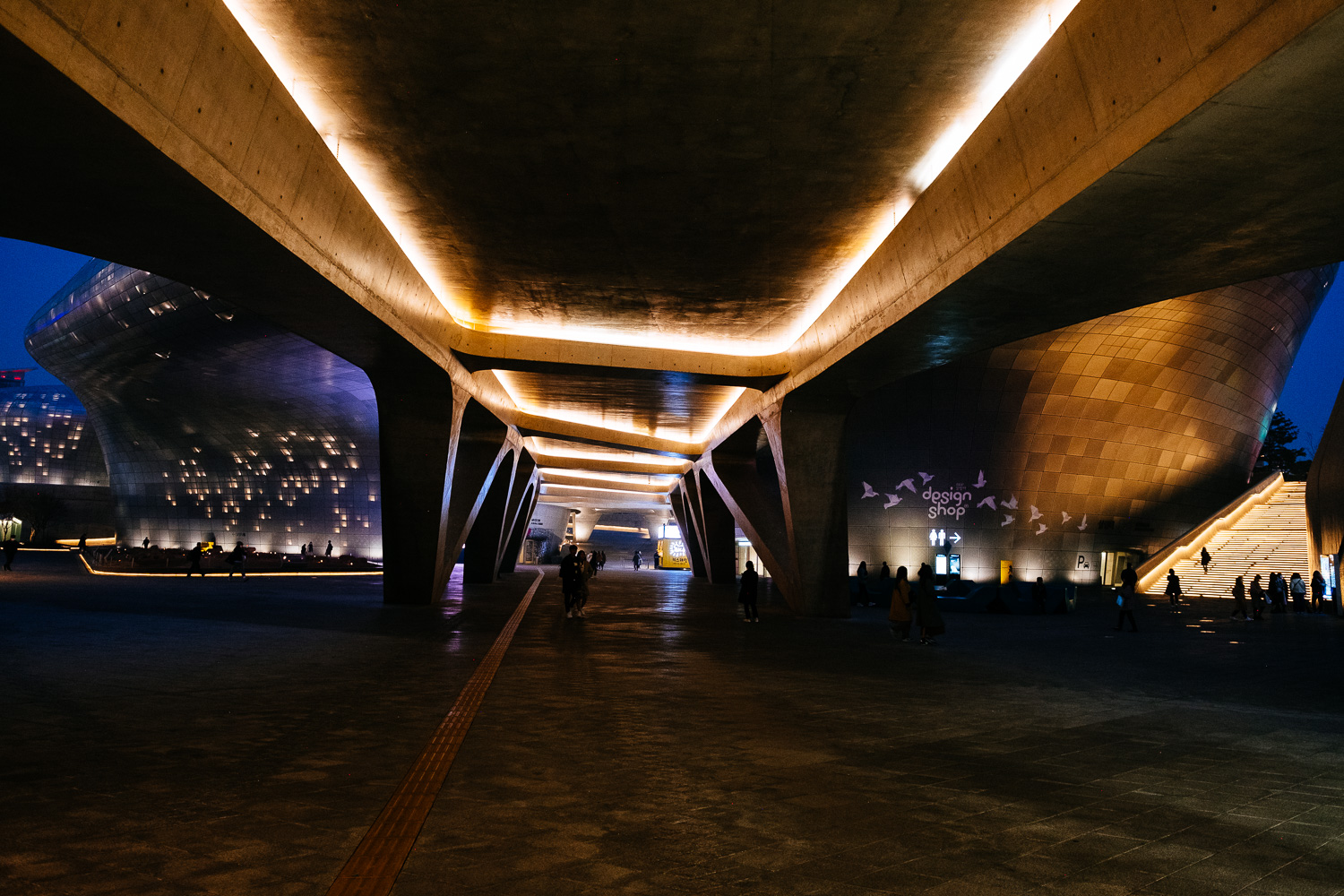 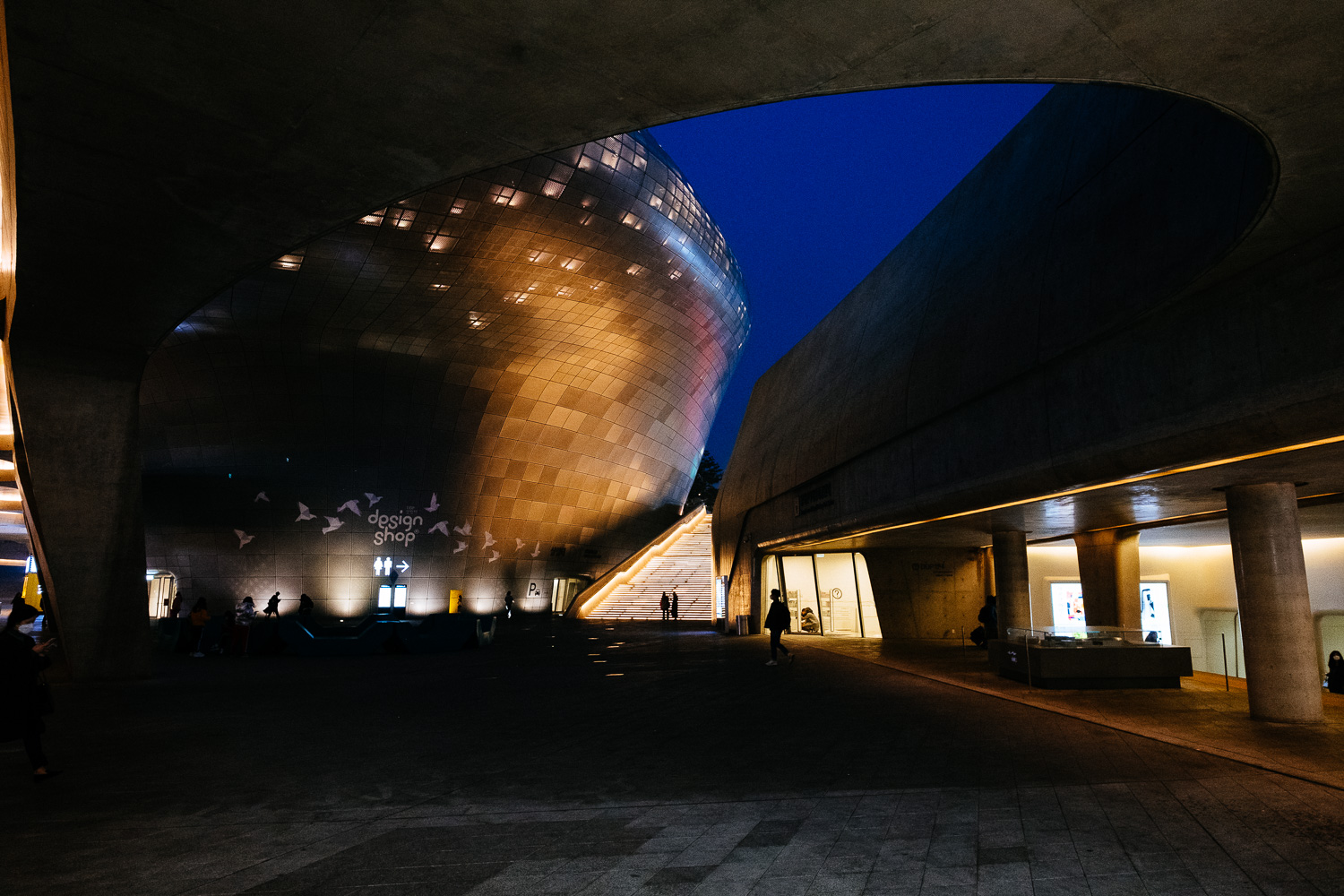 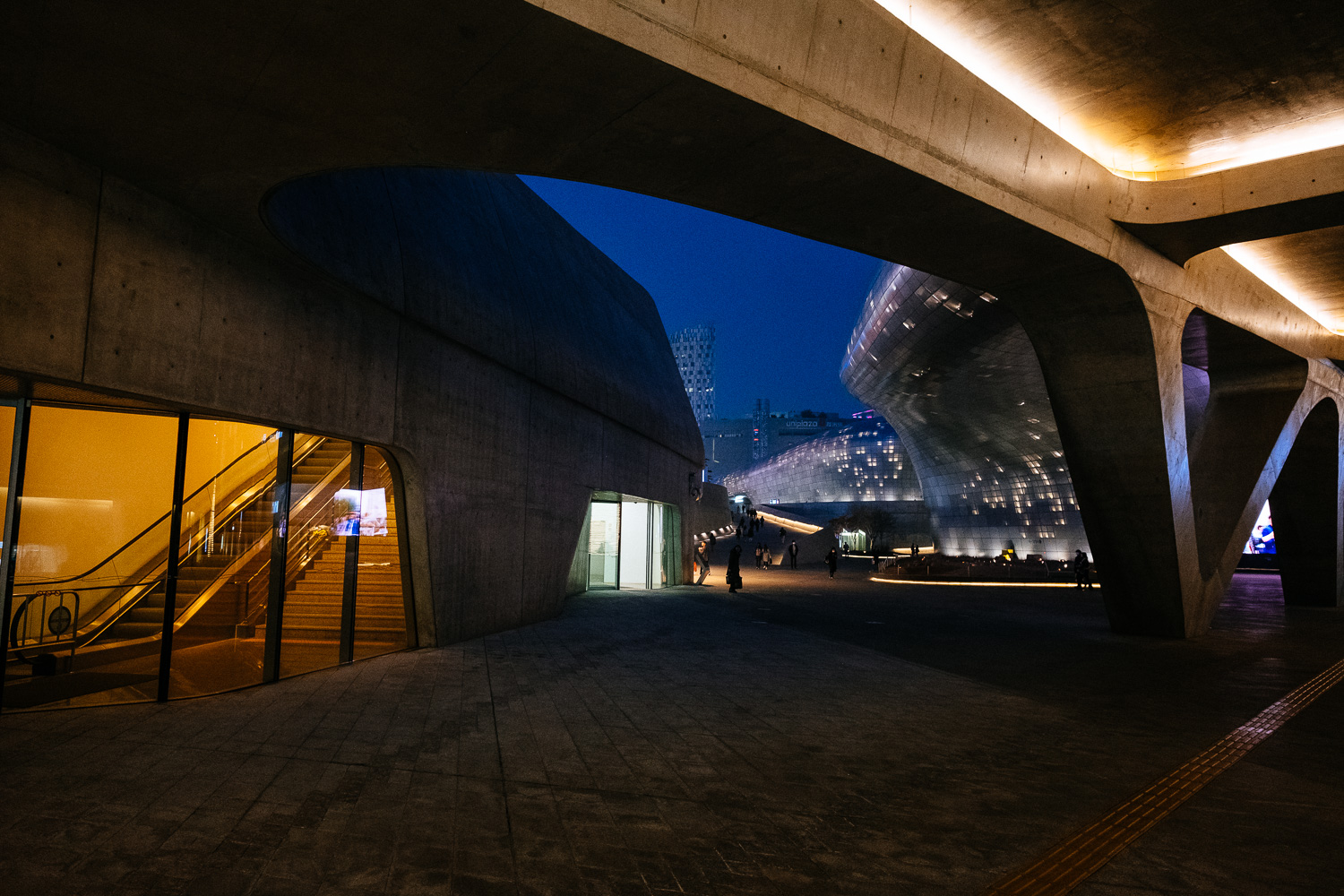 This is just an amazing building. It’s already impressive during the day but it literally starts to shine at night. It’s magic! I almost missed blue hour because it still gets dark very fast in early March. But the blue hour is essential because otherwise the sky is just pitch black and there is too much contrast in between the building and the sky. Most night shots look boring because of that. Some people immediately start to blame the sensor but it’s just too late for good pictures because they missed the blue hour.

Of course such a building is the perfect subject for my favourite Fuji lens the XF 14/2.8 R. I bought this lens when it came out early 2013 and it is still my number one. For architecture this lens is second to none. There is zero distortion and its focal length is the sweet spot in my opinion. It allows a very dynamic picture but it’s not too wide at the same time. The lens is just perfect. 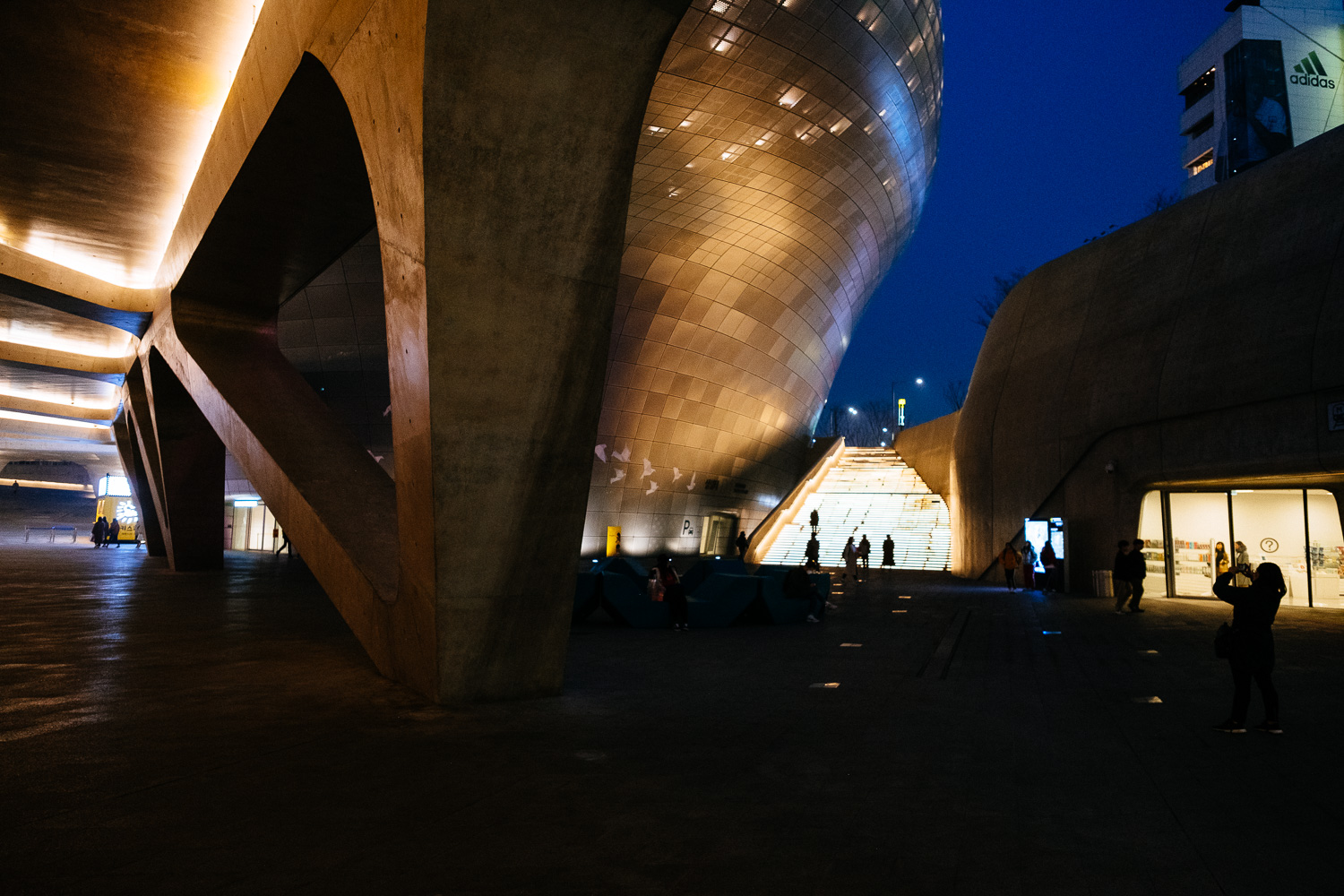 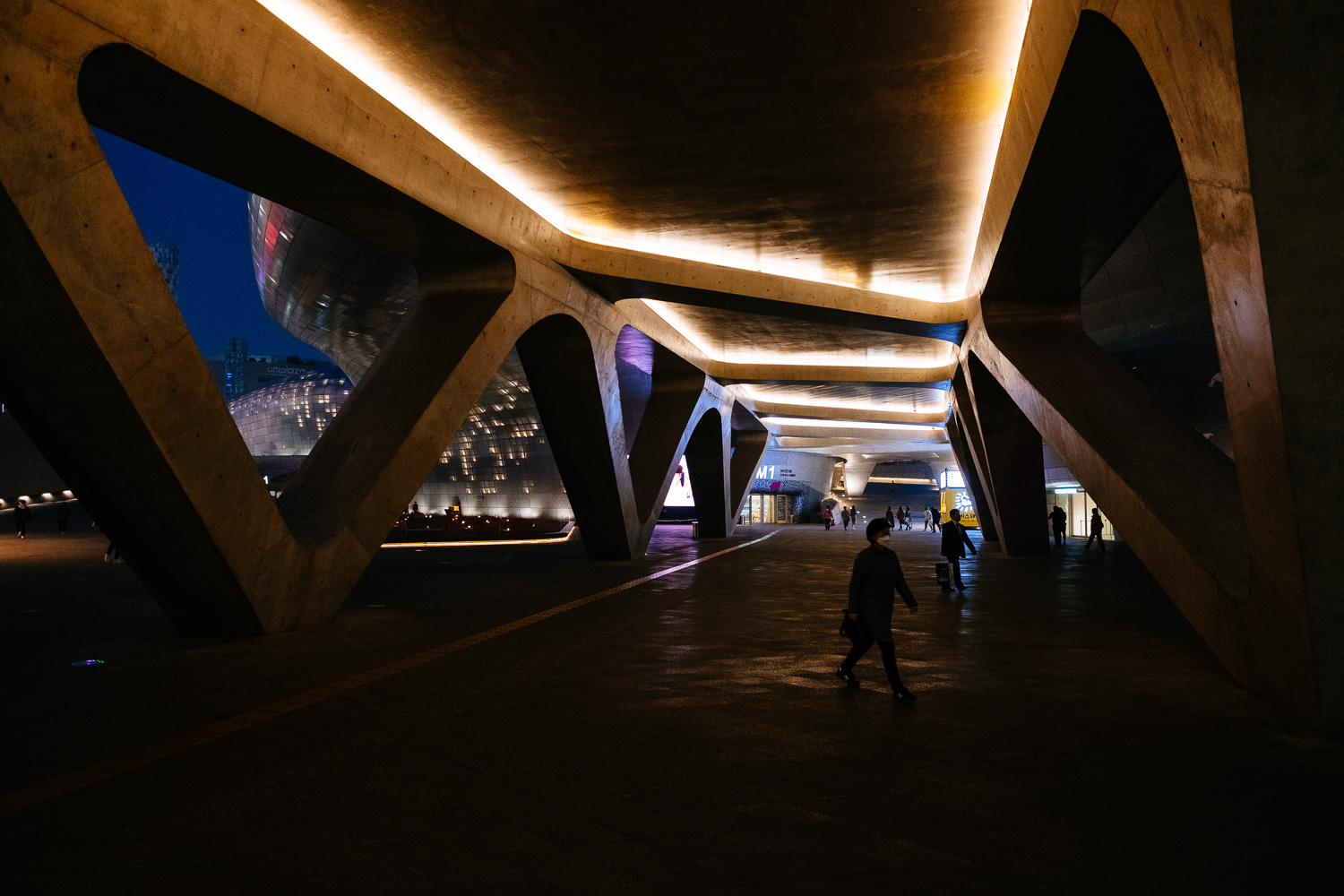 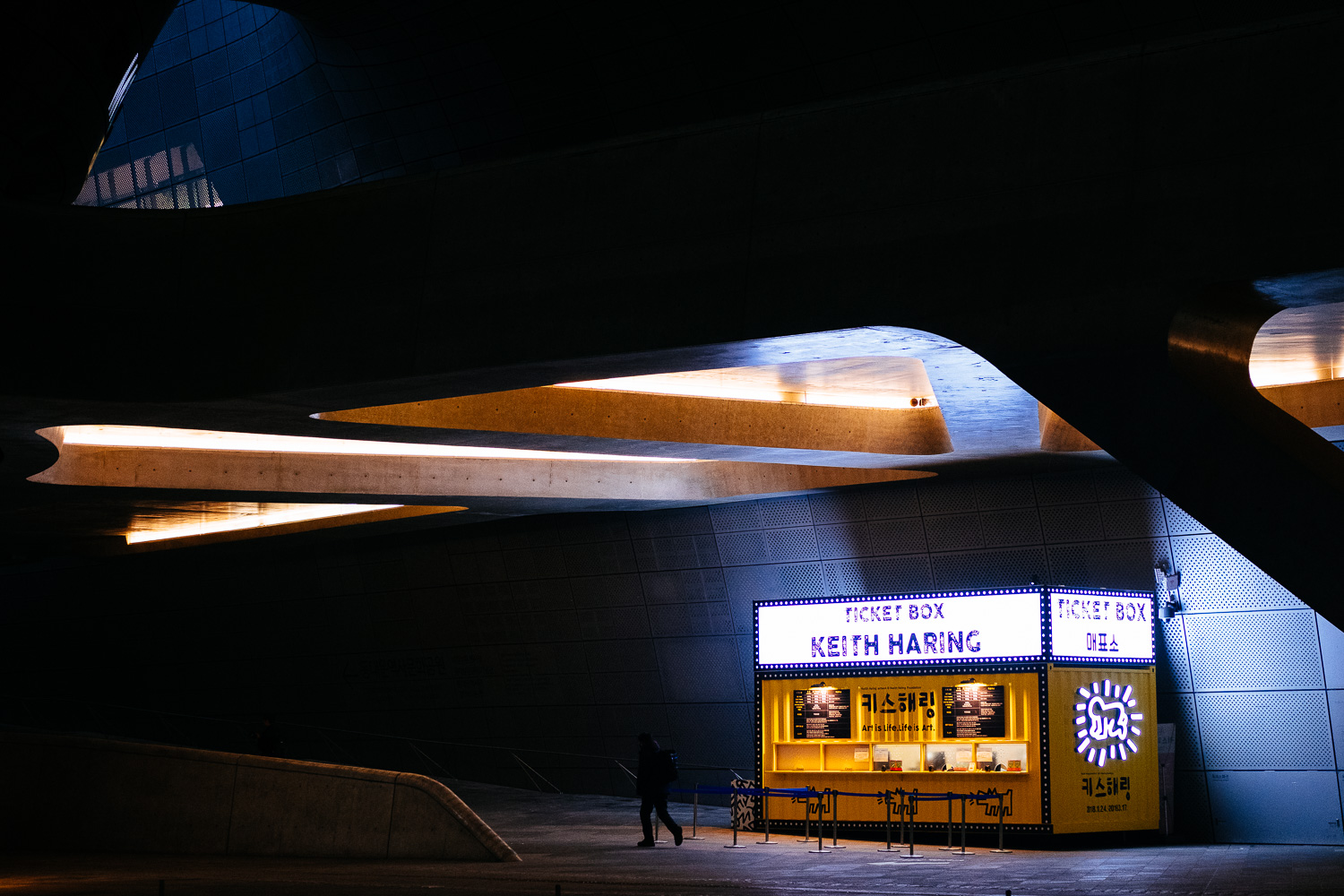 The XF50/2 WR is a great lens. It’s compact, super sharp and it’s long enough to pick a scene in the distance. Just like in the image above. A lonely walker passes by the ticket box for the Keith Haring exhibition. I love the colours and the shapes in this shot. It looks a mixture of Bladerunner and an Aki Kaurismäki movie. It’s my favourite shot of the day.

If you ever come to Seoul. Get here and stay until after sunset. You will not regret it! 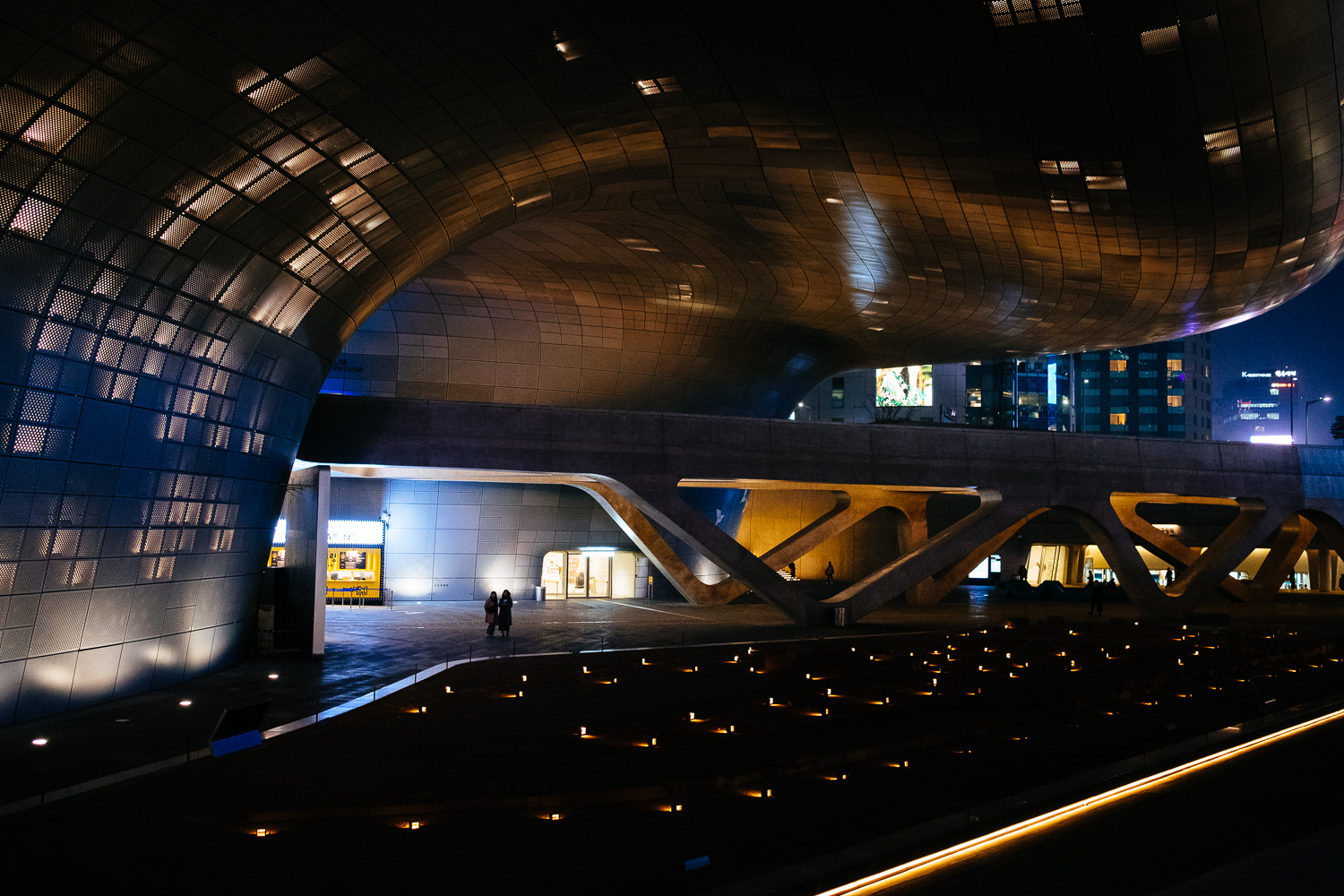 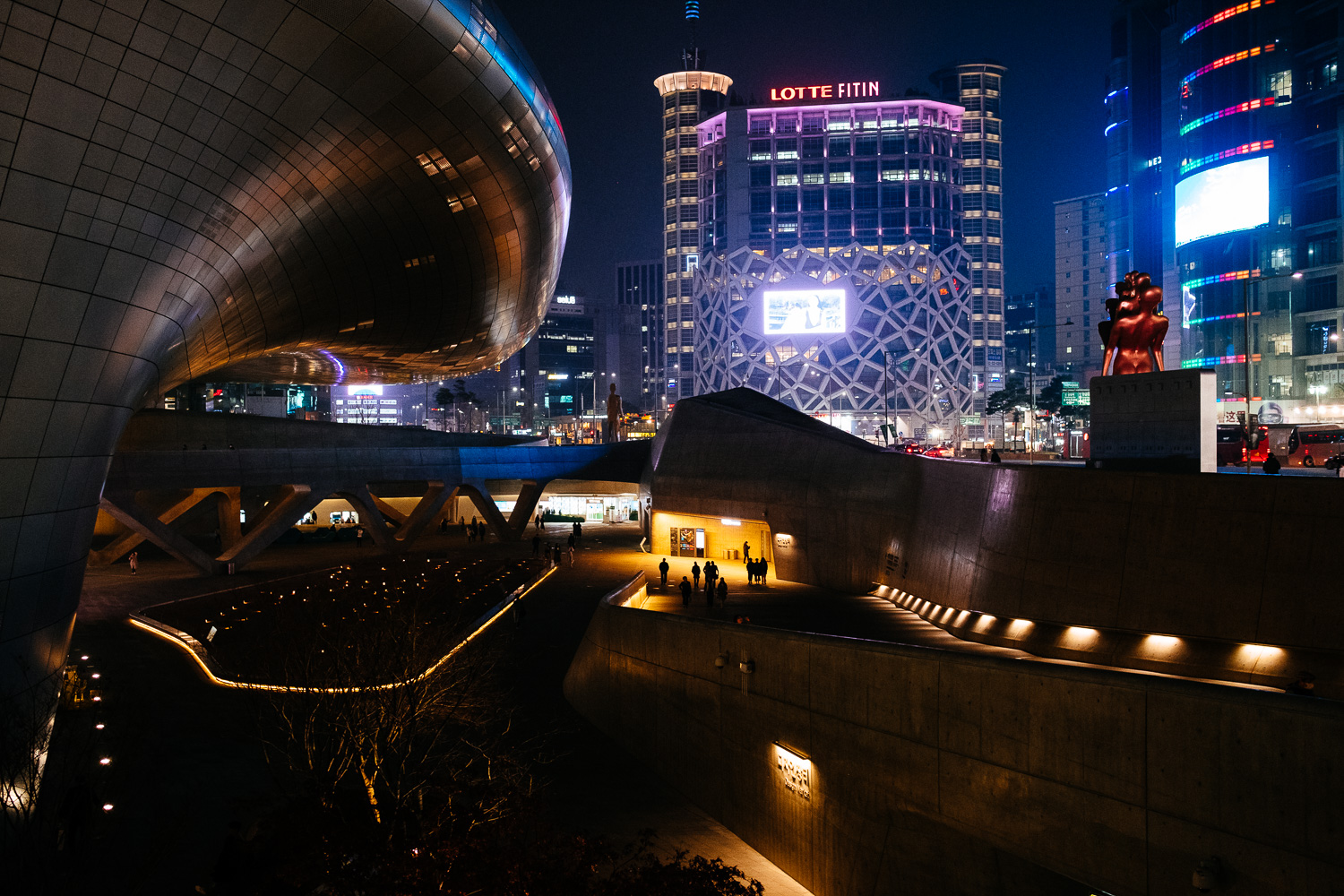