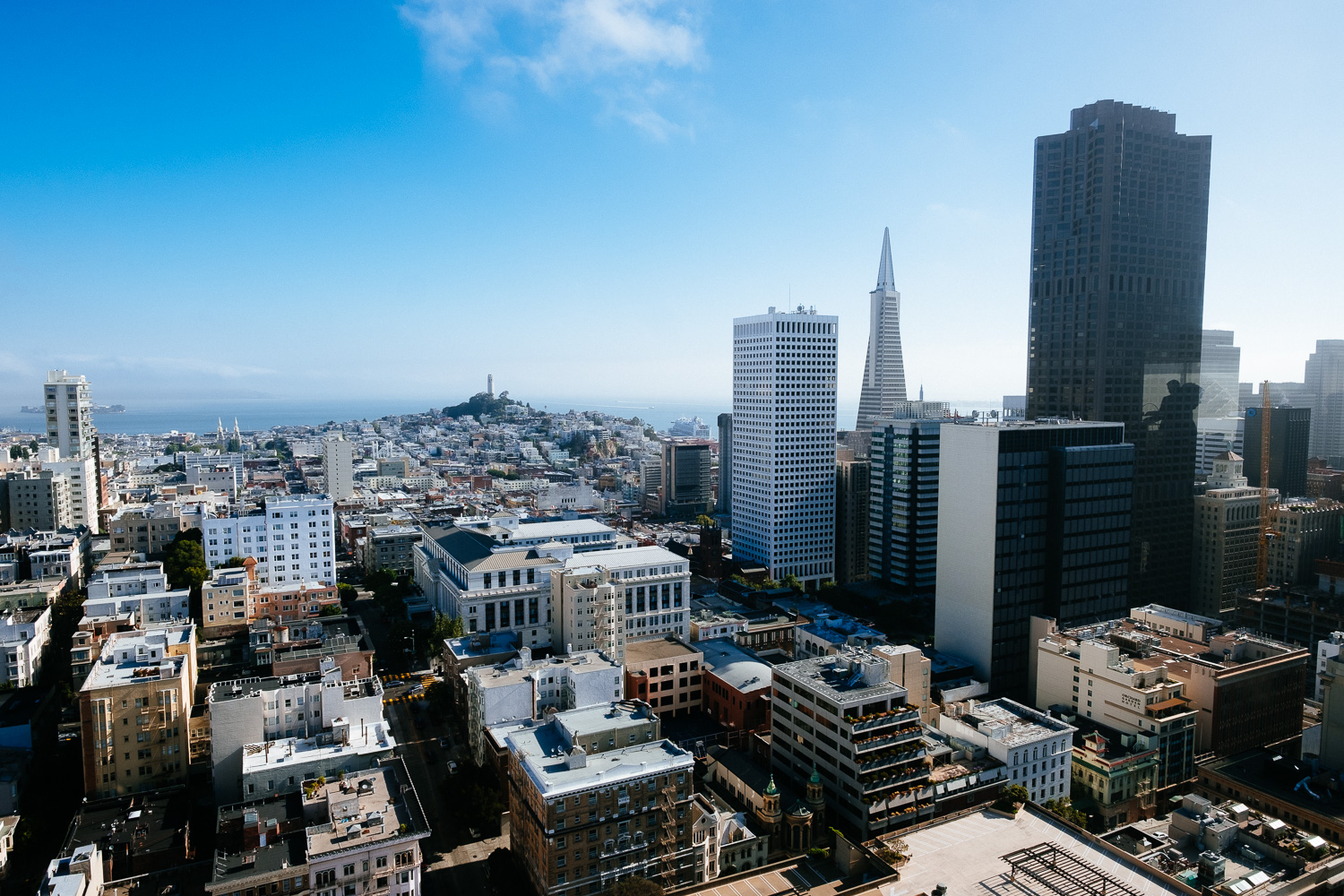 Some more pictures from San Francisco taken from above.

The next day I took some images from the breakfast area. One with the wide angle and the other one with the 55-200 to focus on the beautiful apartment building right in front of Alcatraz. I live on the country side now in a small town outside of Vienna and I love it but I can imagine to live in an apartment in one of the upper floors of that building. 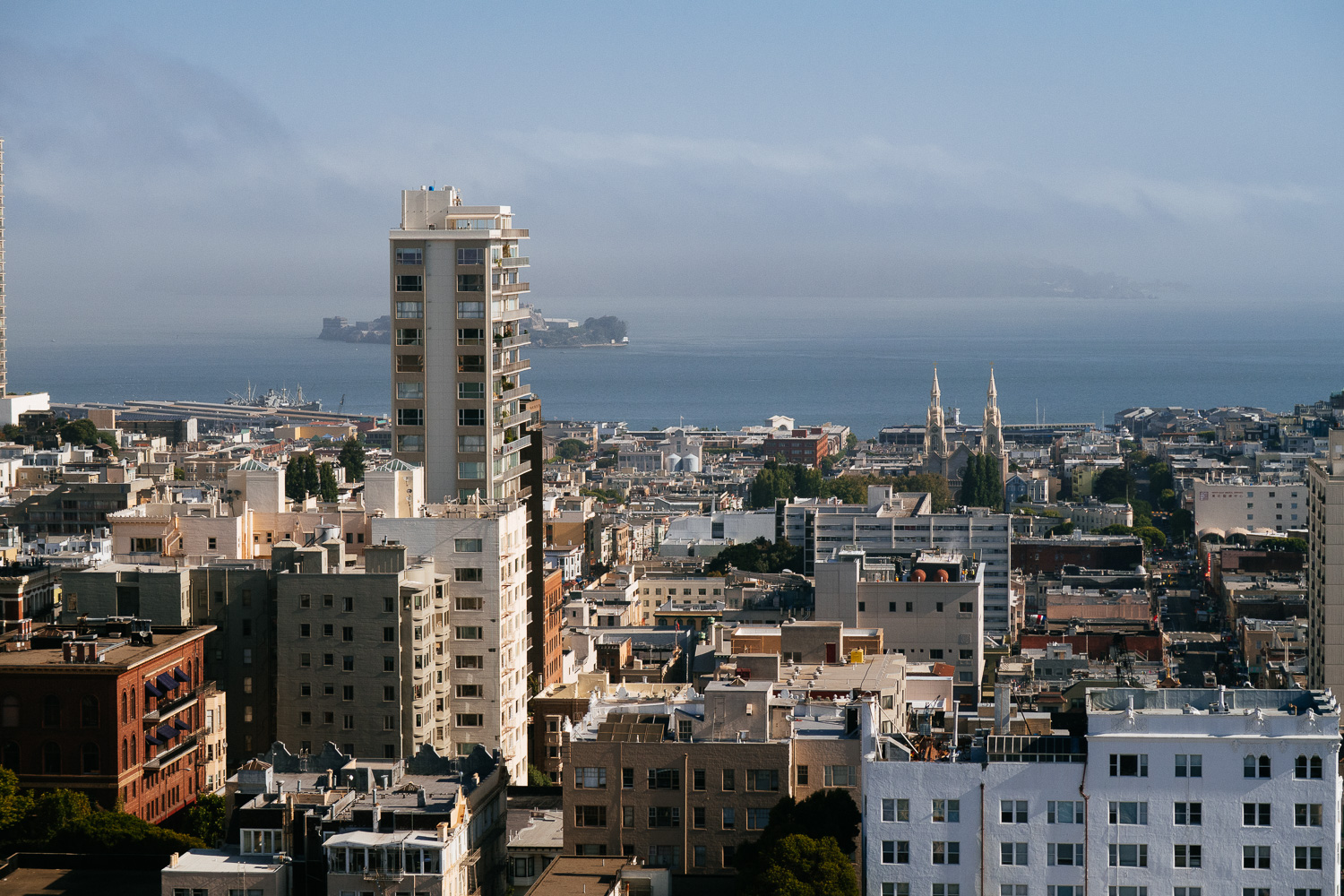 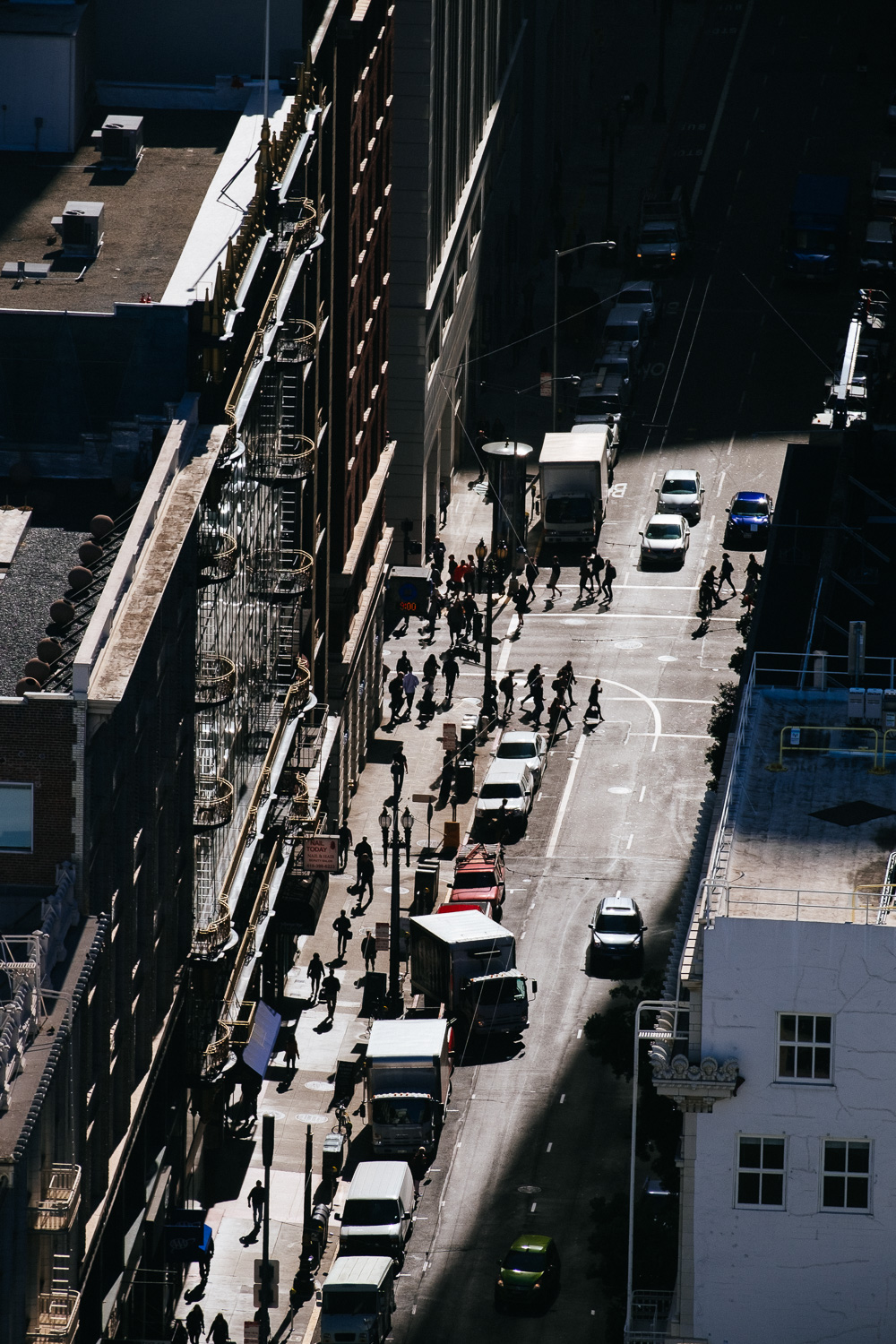 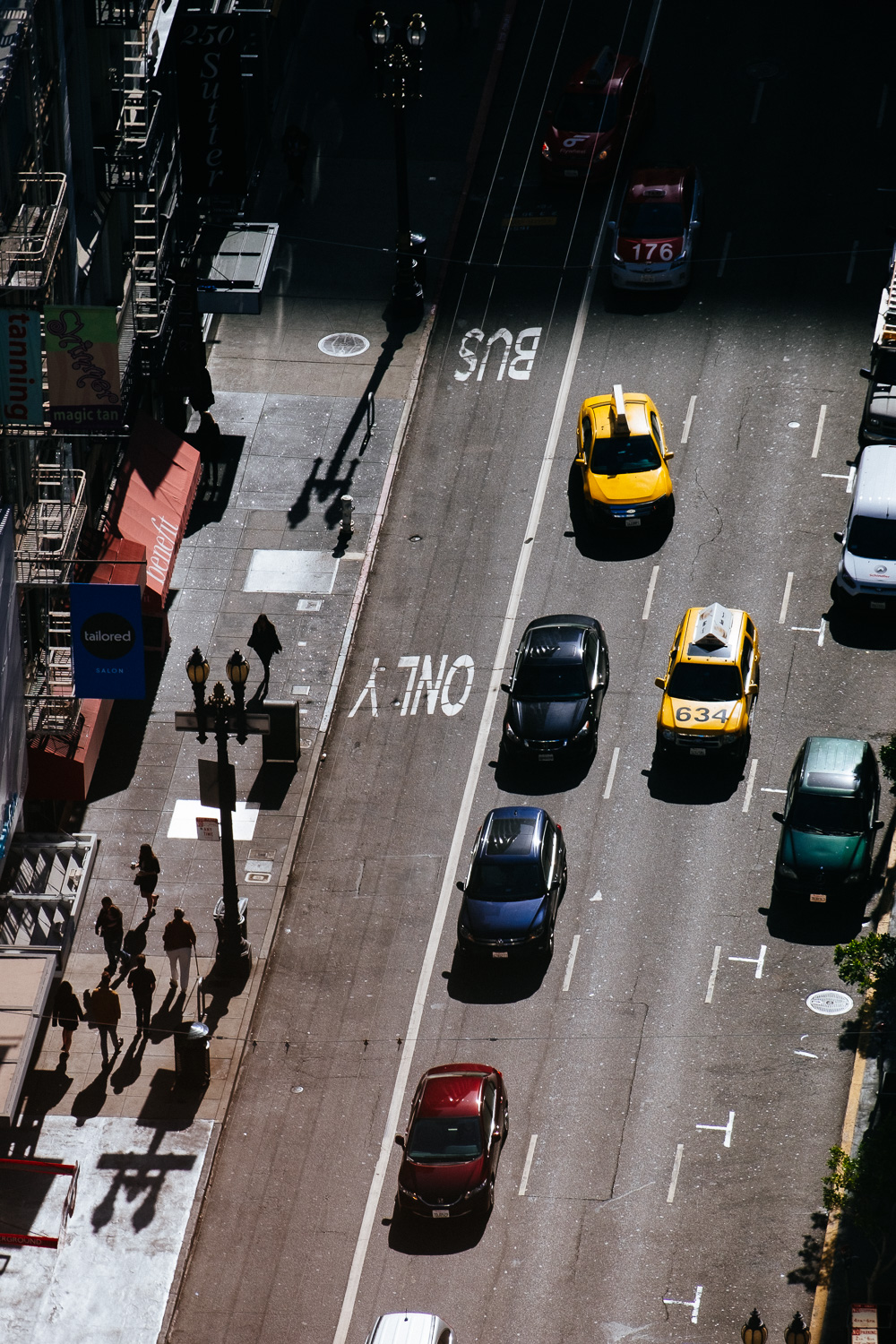 Back in our room I took some more images from above with the 55-200 aimed right at the street. I loved the high contrast scene that made the images almost appear to be black and white. The people in the distance are small and all black like in a Pieter Bruegel painting.

Just beautiful and something I don’t see every day. Something I never see at all in fact. Even though I stay in many hotels during the year, sometimes in very high floors but I never come across a street scene like this. 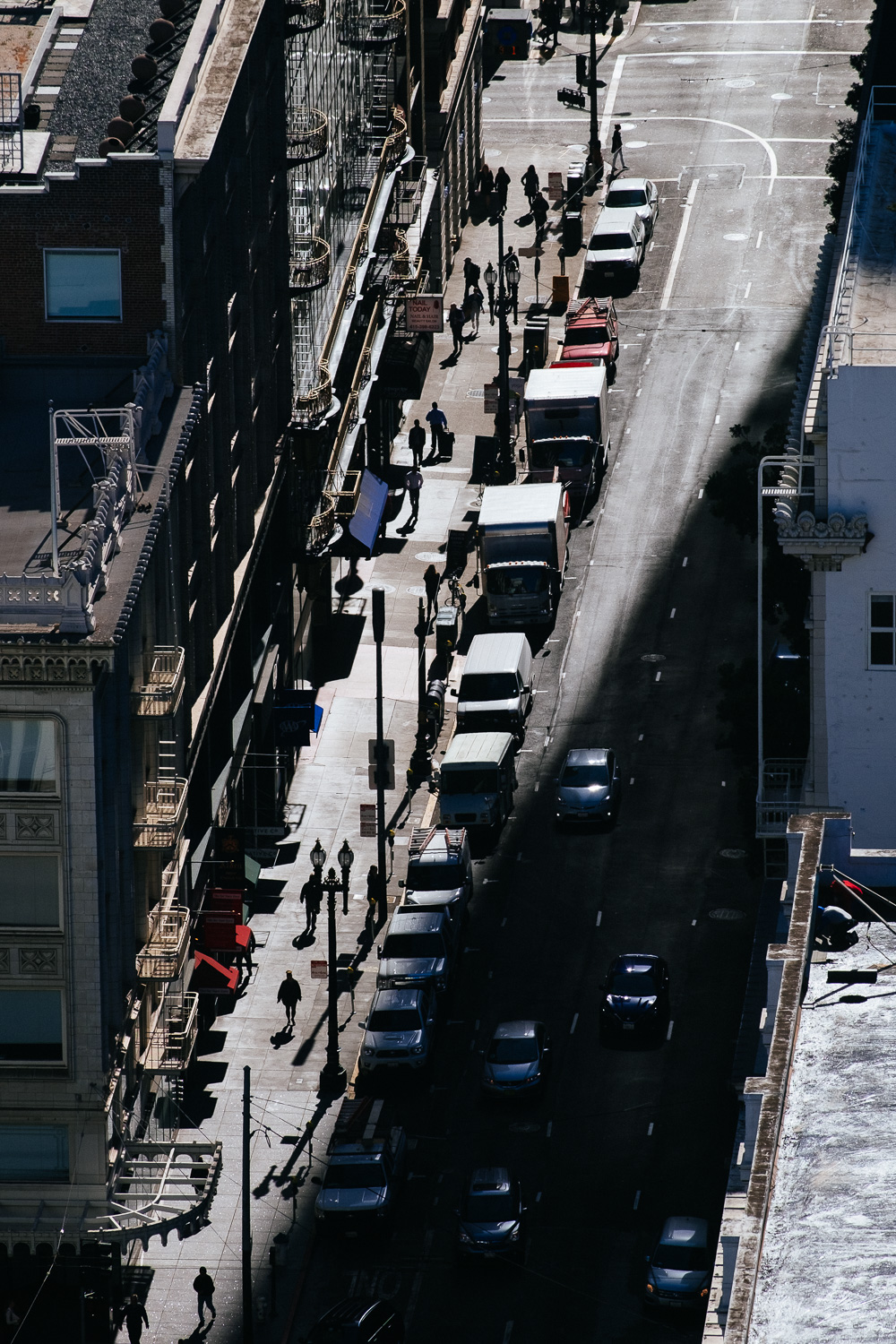 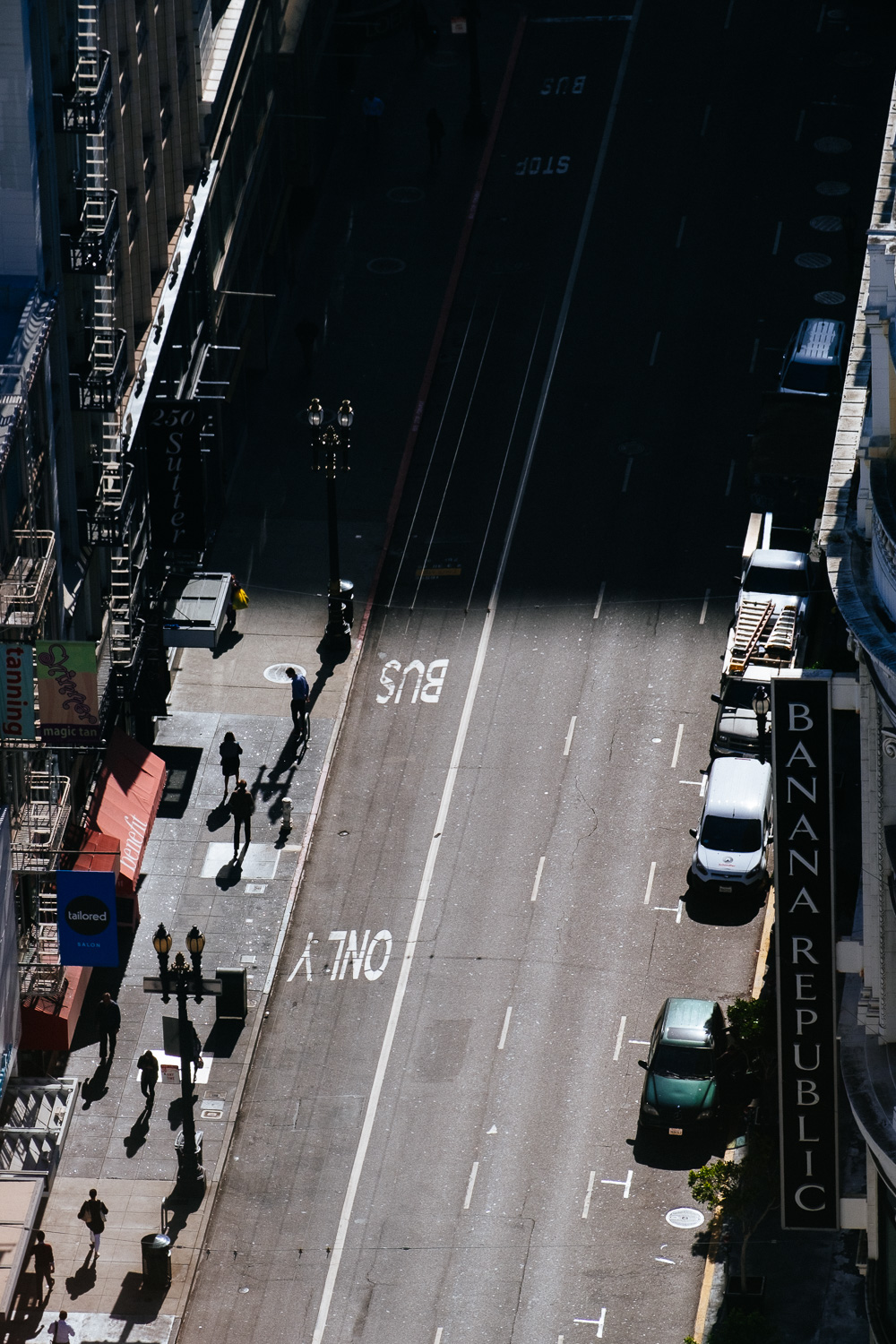 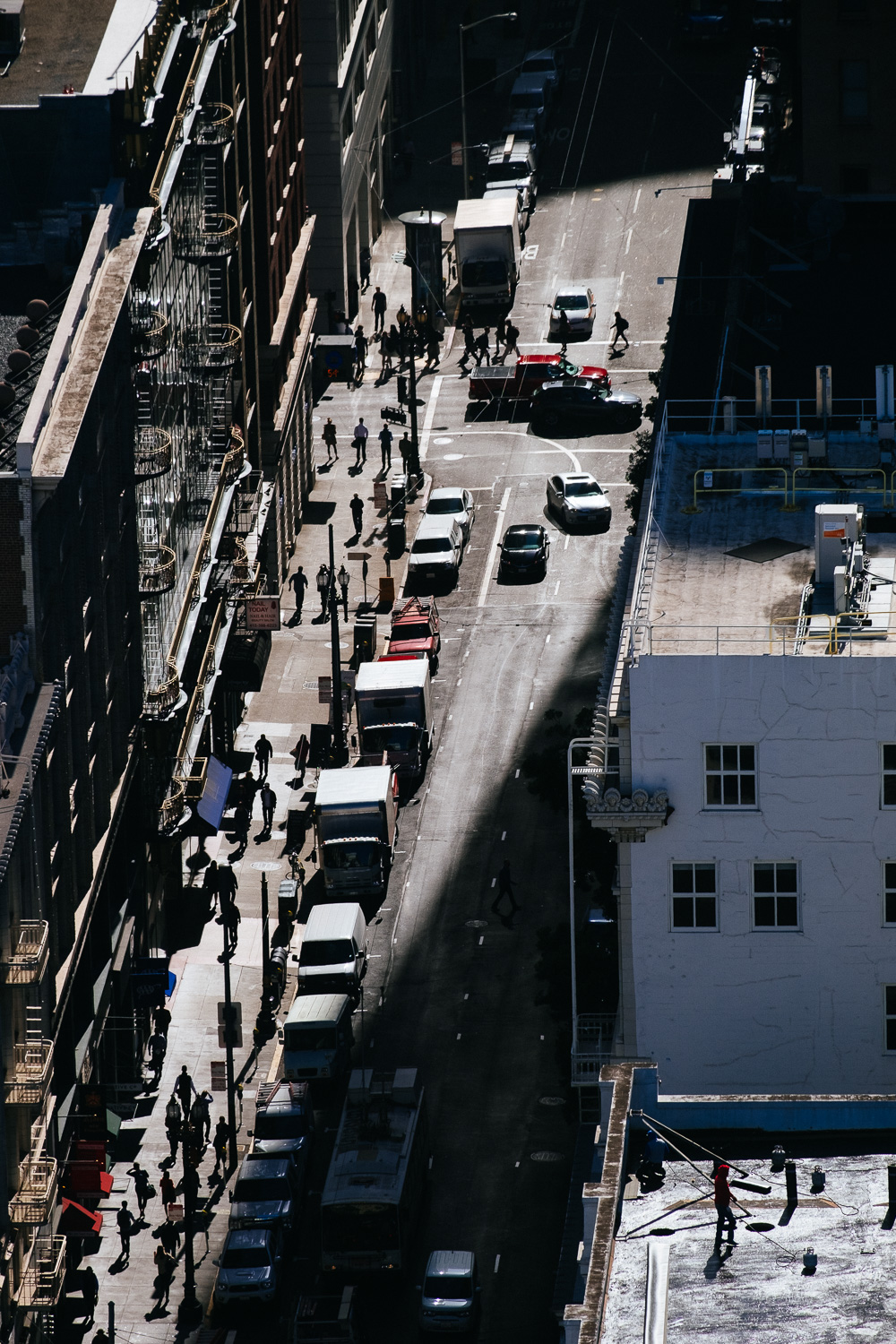