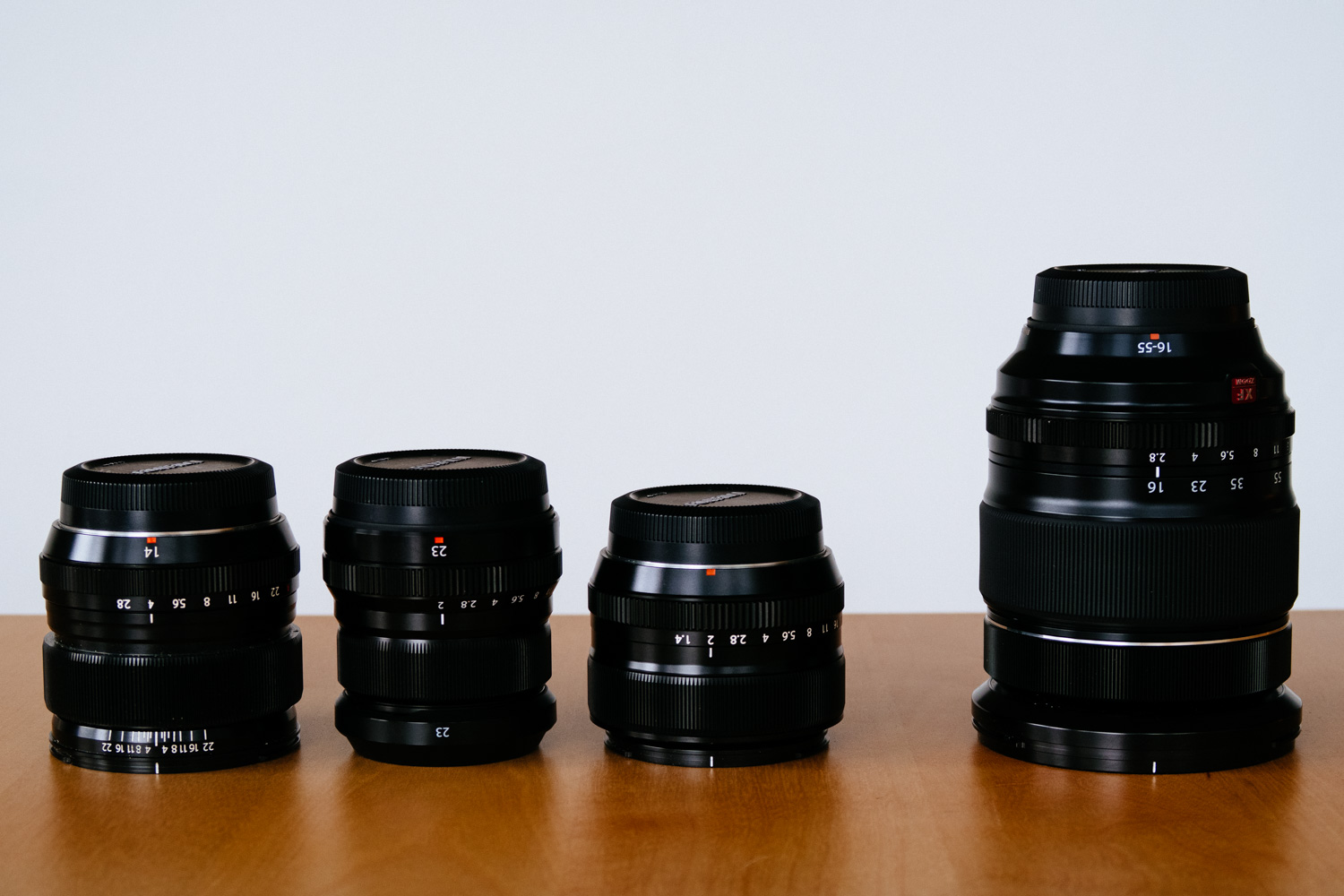 I’m old enough that I started shooting with primes because there was no zoom for the old film SLR my father gave me to practice. There was only a 50mm lens and a 135mm but mostly I shot with the 50mm.

When I bought my first camera with my own money, a Nikon F801, there was no questions that I will get a zoom. I bought a 35-70mm and many months later added a 70-210mm. Over time I bought more lenses but the real game changer was when I finally bought my first pro level lens, a Nikon 80-200mm/2.8. Wow! I was able to see the difference from the very first slide I looked at. There was a clarity I haven’t seen before. This lens was in a completely different class. Later I also got a second hand Nikon 20-35/2.8 to get pro-level image quality for wide angle shots too. I also owned some primes but mainly for macro photography and tele. I was not a prime shooter.

When I switched to digital it was the same. I mainly shot with zooms and I always had a 70-200/2.8, But I added two primes for portraits when I shot with Canon. The 35L and the 135L. But those were portraits only and I never took them on vacation.

When I bought a Fuji X Pro-1 to have a small camera for my business trips and for all the times when I don’t want to bring my DSLR I became a prime shooter. Simply because at the beginning there were only primes in the Fuji system. I started with the 18/2 and the 35/1.4. I added the 14/2.8 when it came out in early spring 2013. It seems that Fuji has transformed me into a prime shooter simply because there were no other lenses available at that time.

Since then I bought many cameras and lenses from Fuji but the 14/2.8 and the 35/1.4 are still my favourites. Those two plus the 23/2 have become my standard set of primes for my trips to Asia. Here are my thoughts about my favourite set of primes.

It is simply a delight to shoot with such a light camera. Every lens out of the three is so light and compact they make the 18-55 seem heavy. 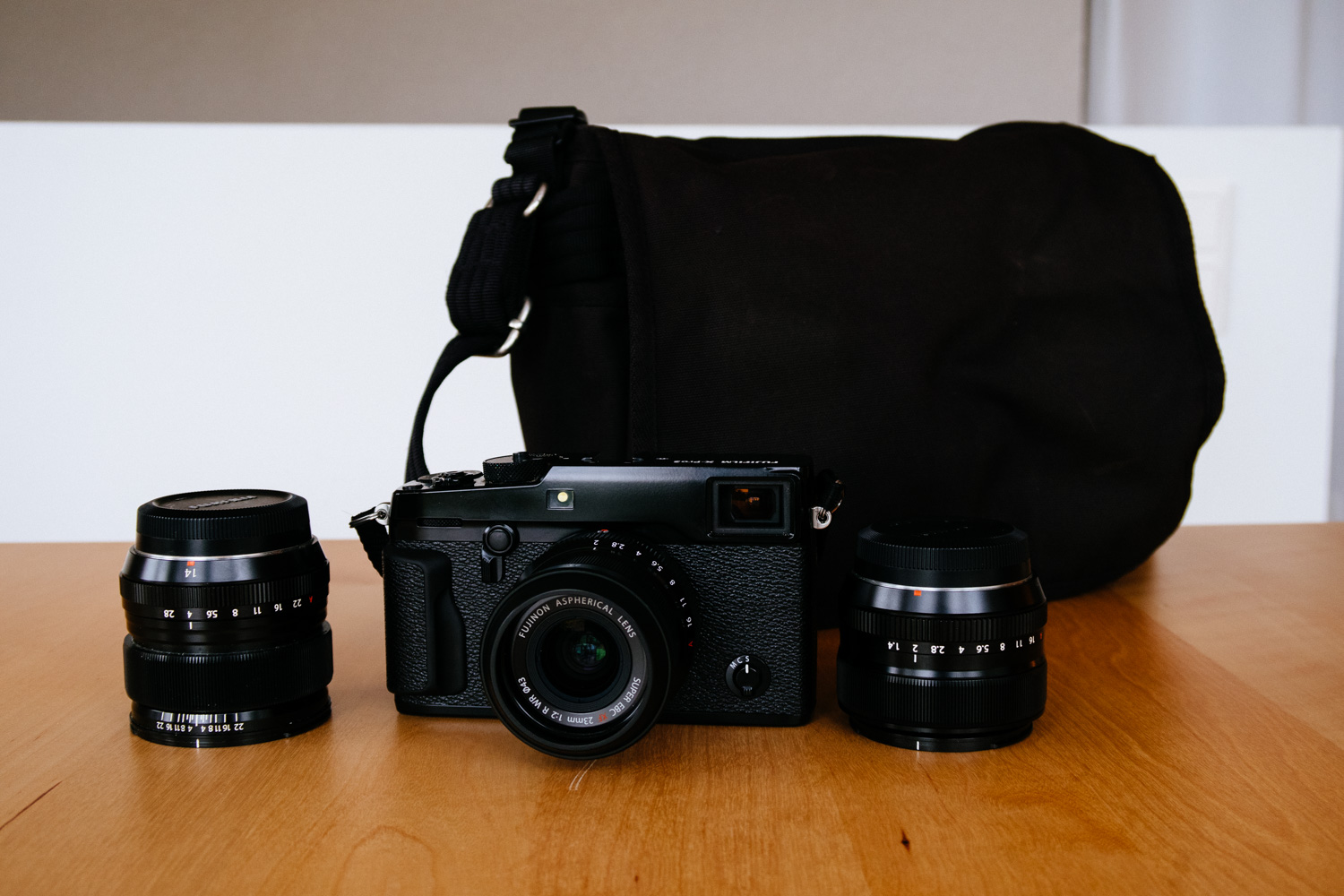 Recently I replaced the 18-55 with the 16-55/2.8 and took it on a business trip to Seoul, Korea. I also took my 14mm lens but restricted myself mostly to the zoom. I also shot the 16-55 on our vacation in the USA this year and it became my most used lens. So why do I still have prime lenses? Because I go to a lot of trips where I only want to bring a small and light shoulder bag.

And let’s face it: That’s what most normal people do if they have not converted to smartphone photography already. Most people go on vacation with a camera and one or two lenses. For the majority it’s just the kit lens that came with the camera. It’s better than a phone but of course this is a photography website and that’s why I compare two high end options here in Fuji land: the Fuji XF 16-55/2.8 WR vs Fuji XF 14/2.8 R + Fuji XF 23/2 WR + Fuji XF 35/1.4 R.

The XF 16-55/2.8 is so good that it is considered a bag of primes in one lens. Sounds convenient but there is a price to pay.

What is the real world difference?