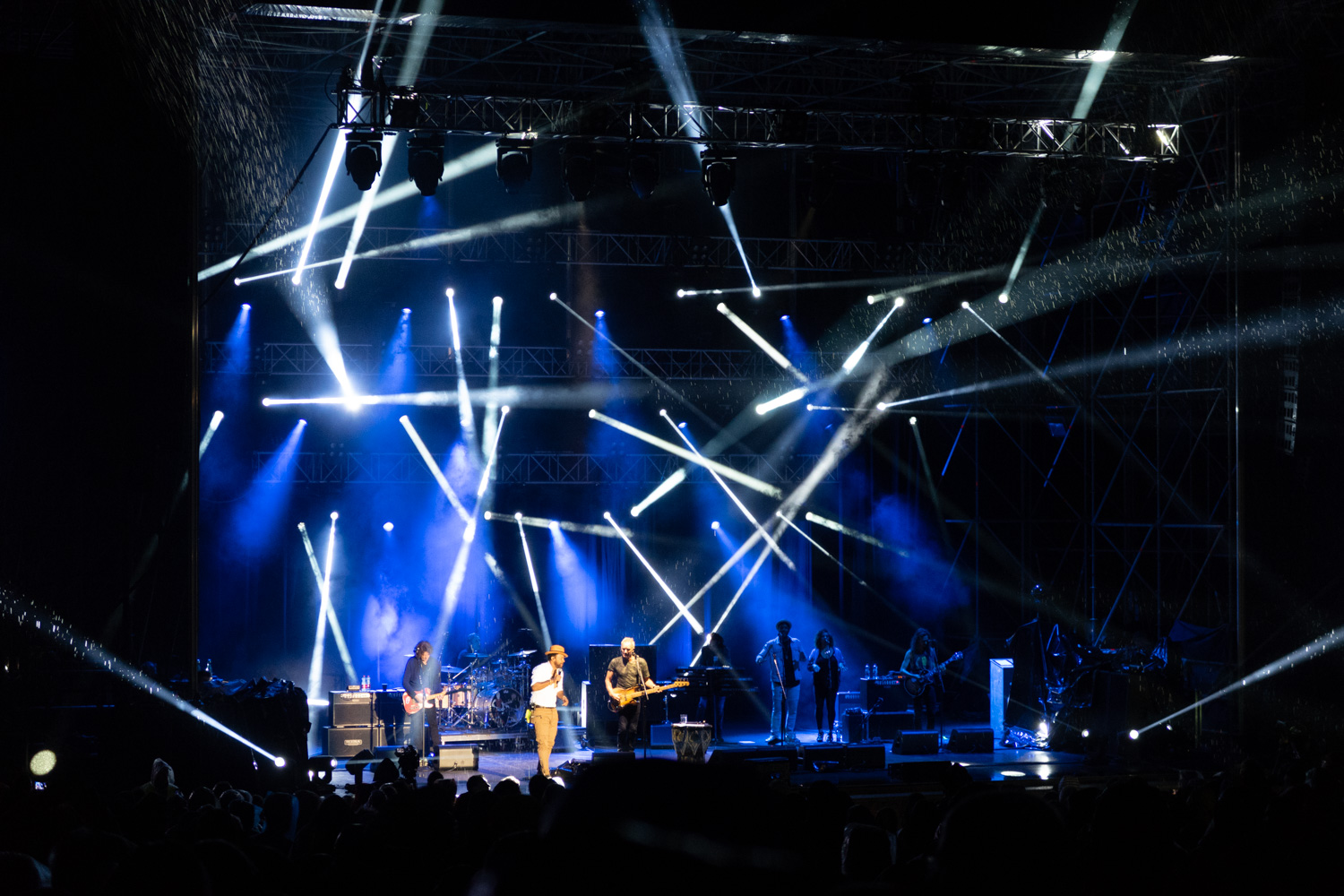 This summer is hot, crazy hot. And very dry. There was only one exception: When we went to an open air concert!

We don’t go to concerts that often. Even less so to open air events. So it is really ridiculous that exactly that night when we went to the only Sting&Shaggy Concert in Austria it rained like crazy. 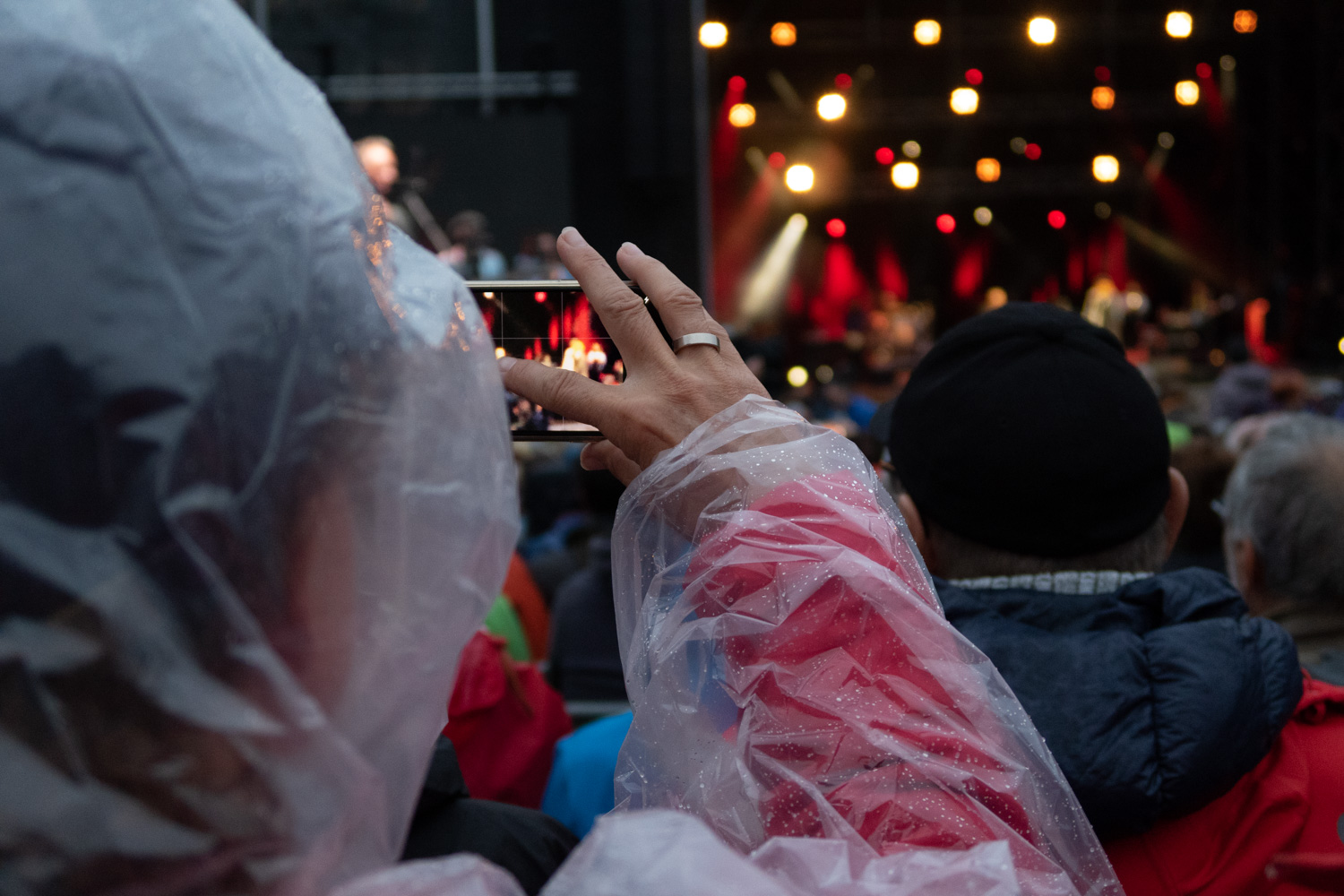 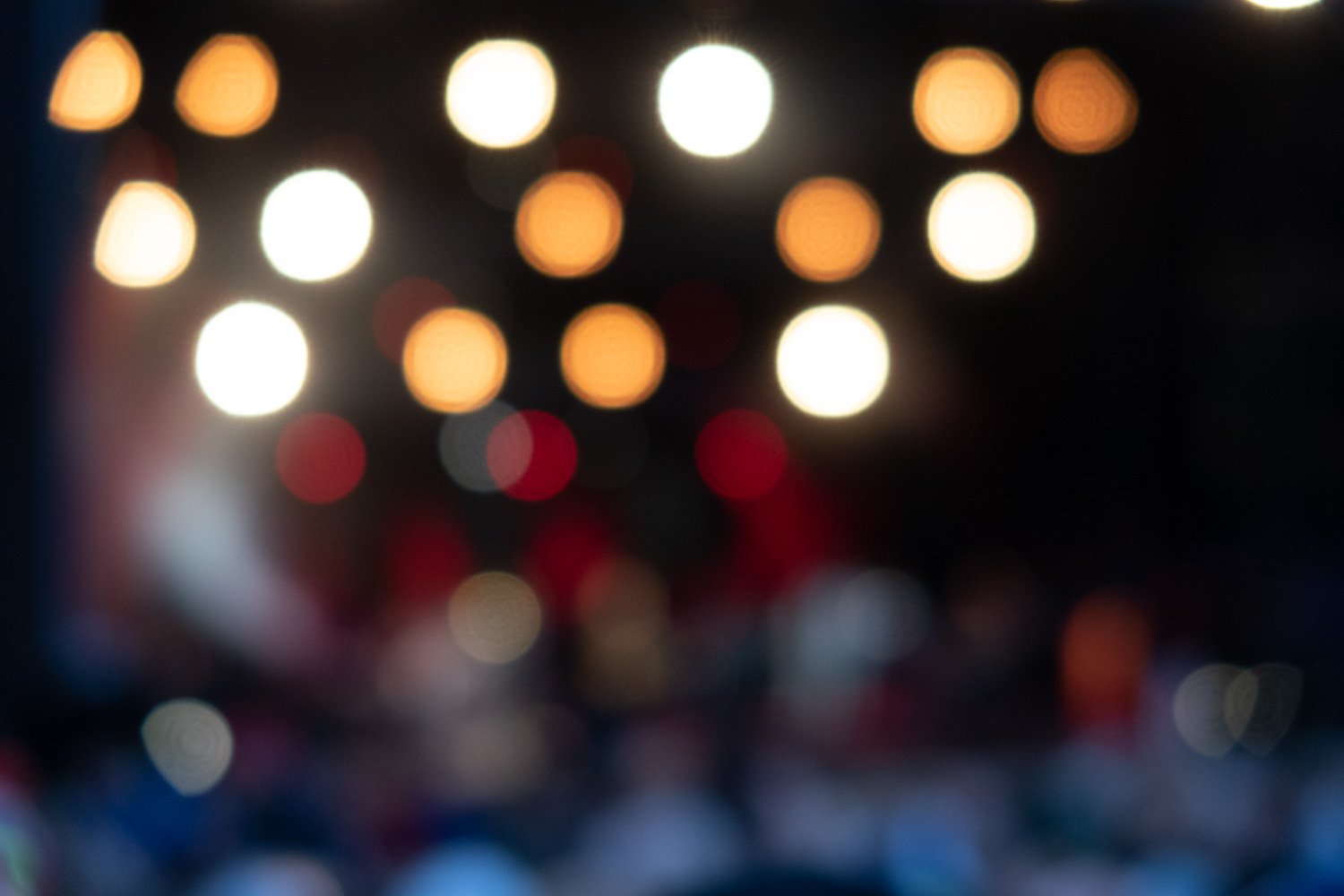 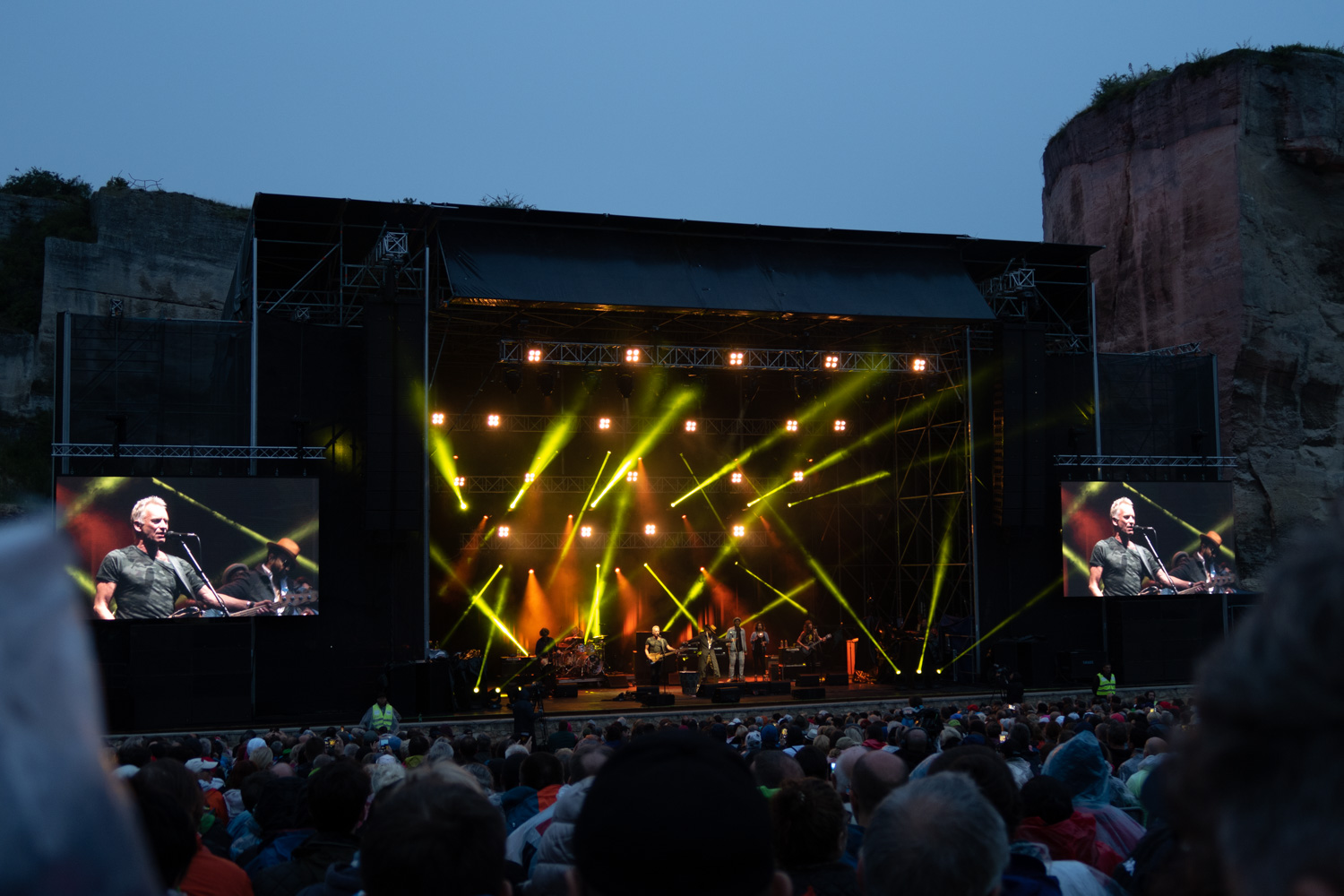 But we came well prepared. We wore our hiking jackets and my wife even brought the old backpack ponchos that will cover you including your backpack. We used those for our legs and the strong scent reminded me on my childhood when rain jackets were made of this material. 100% waterproof but also 100% airtight which means that if you wear them on a hike in a light drizzly you ended up bathed in your own sweat so essentially if your goal was to stay dry they made it worse.

But if you don’t move too much they keep you dry and warm. 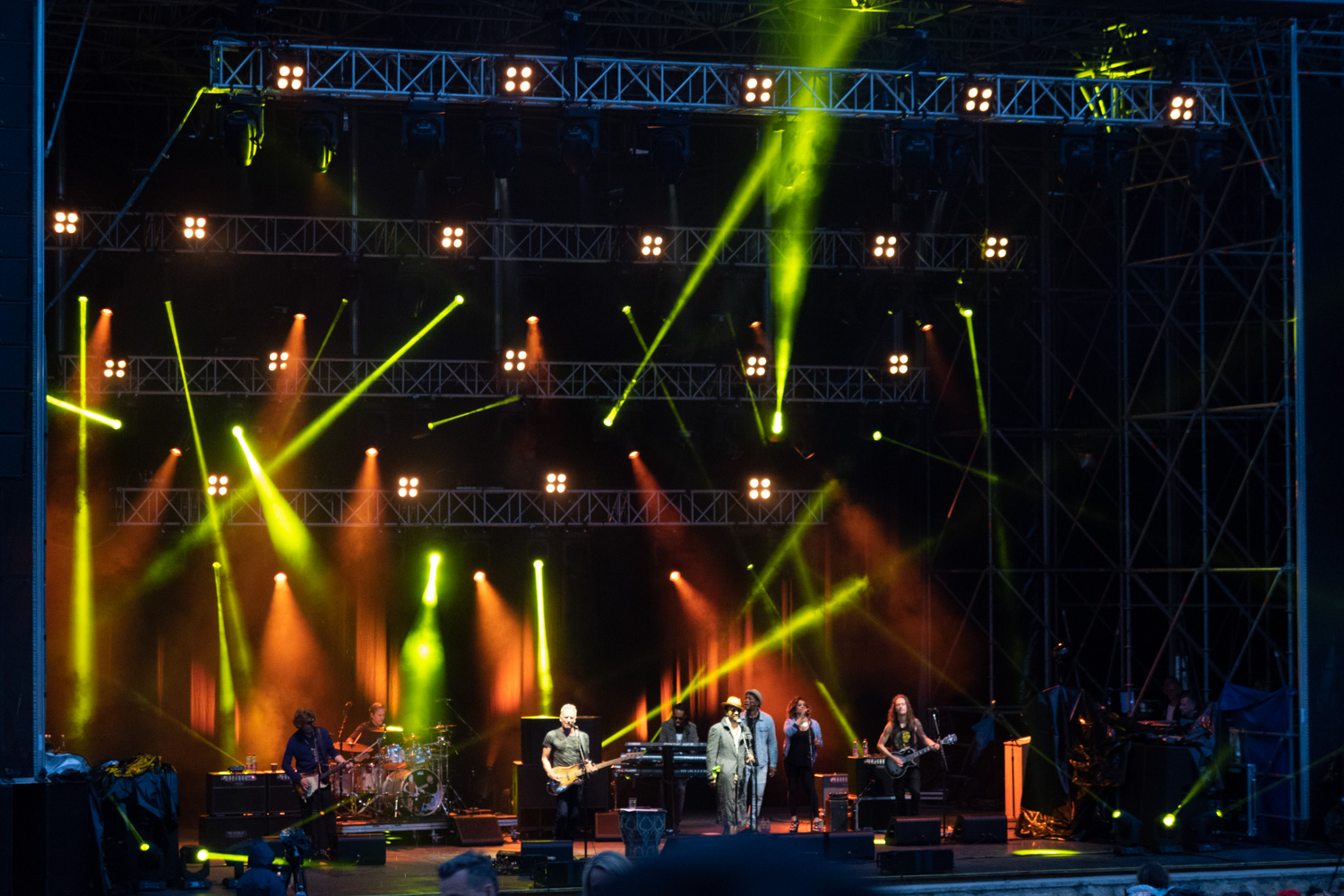 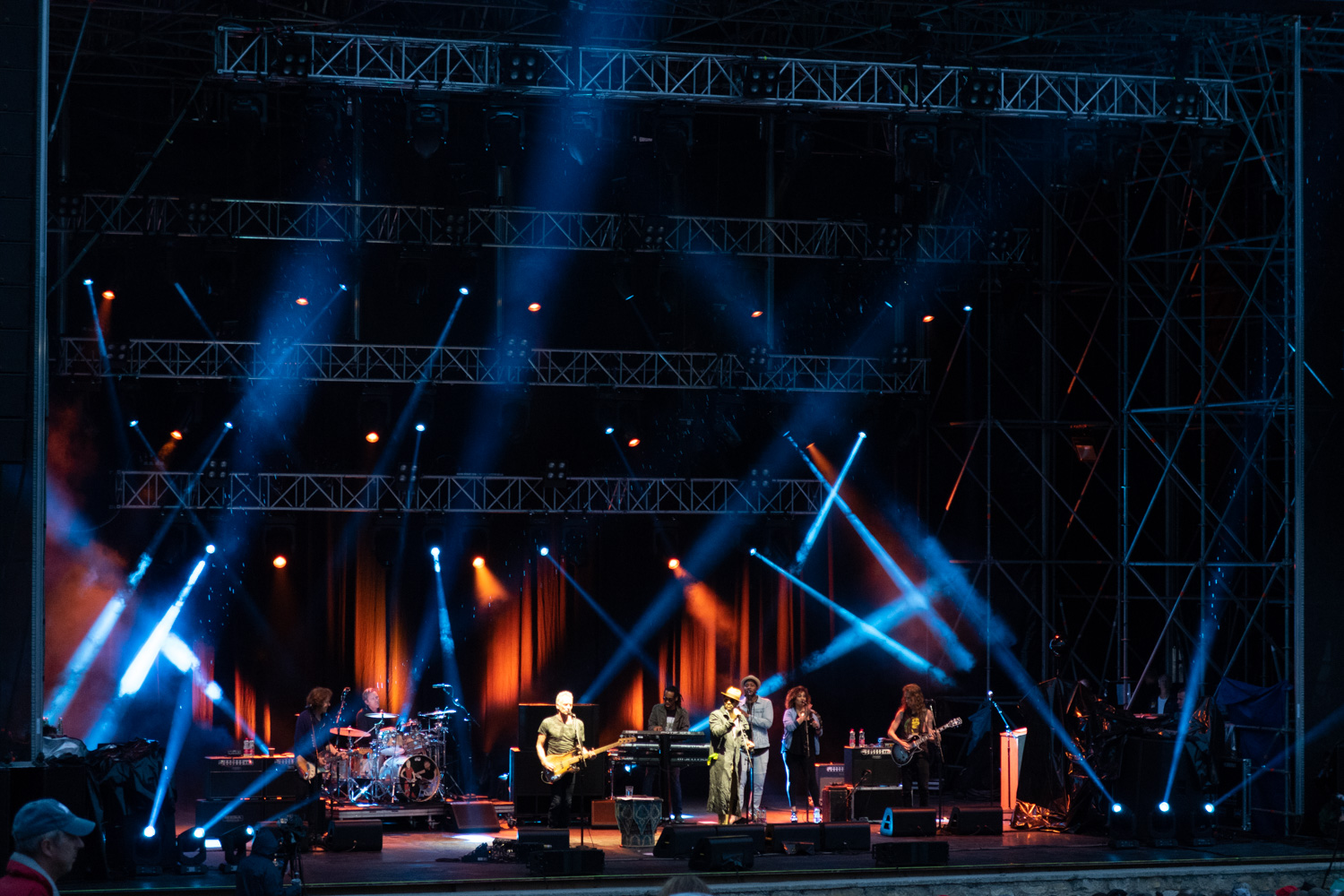 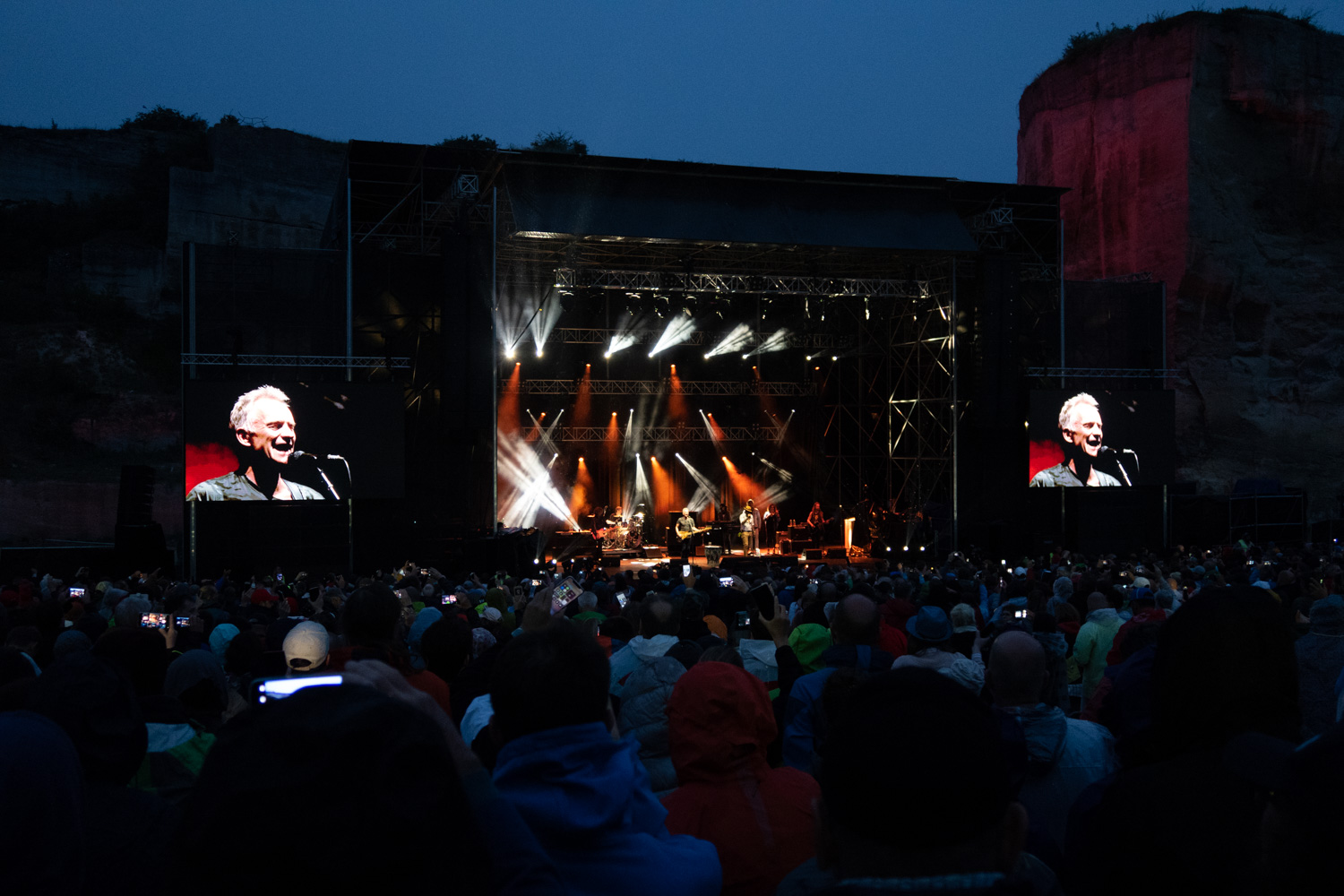 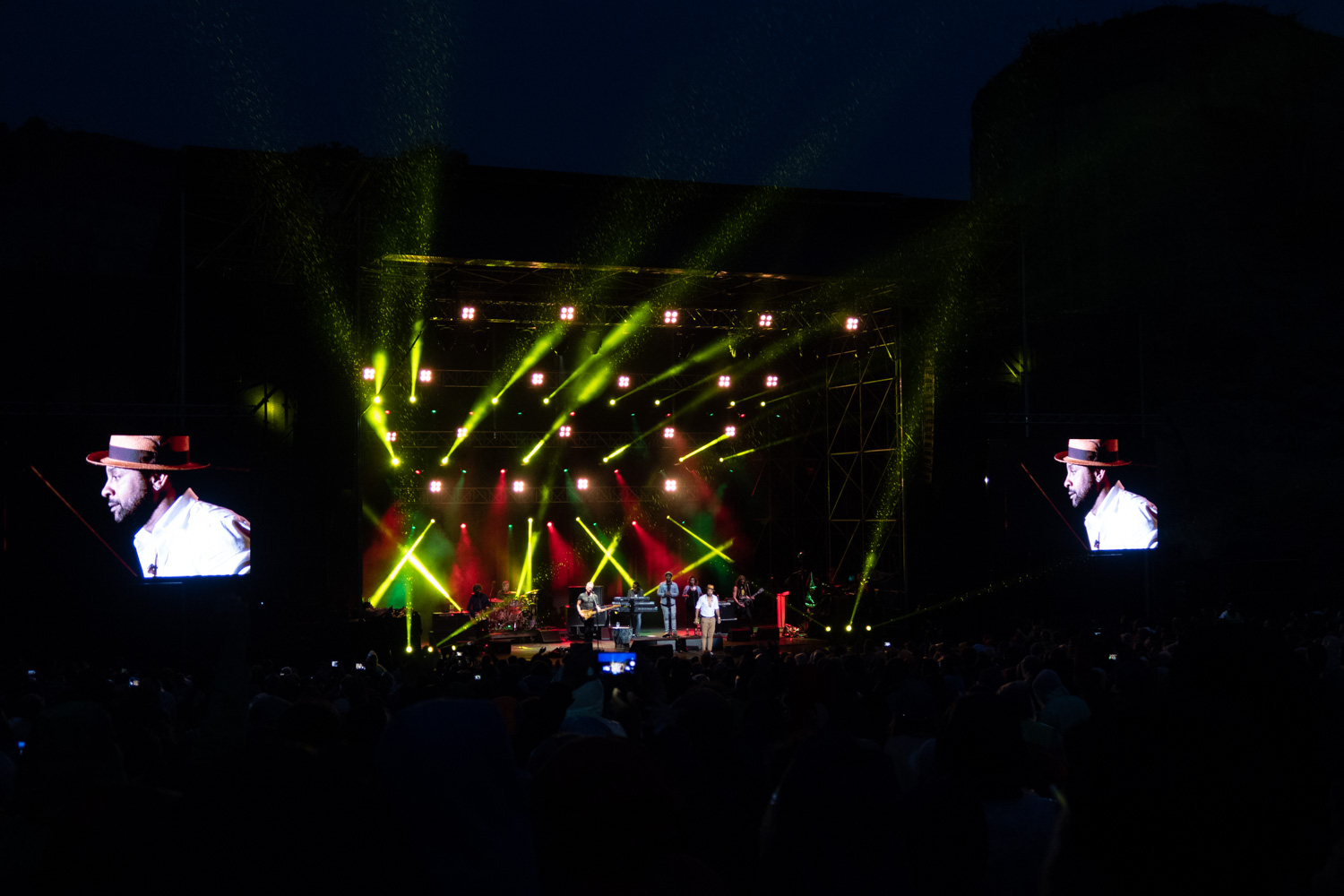 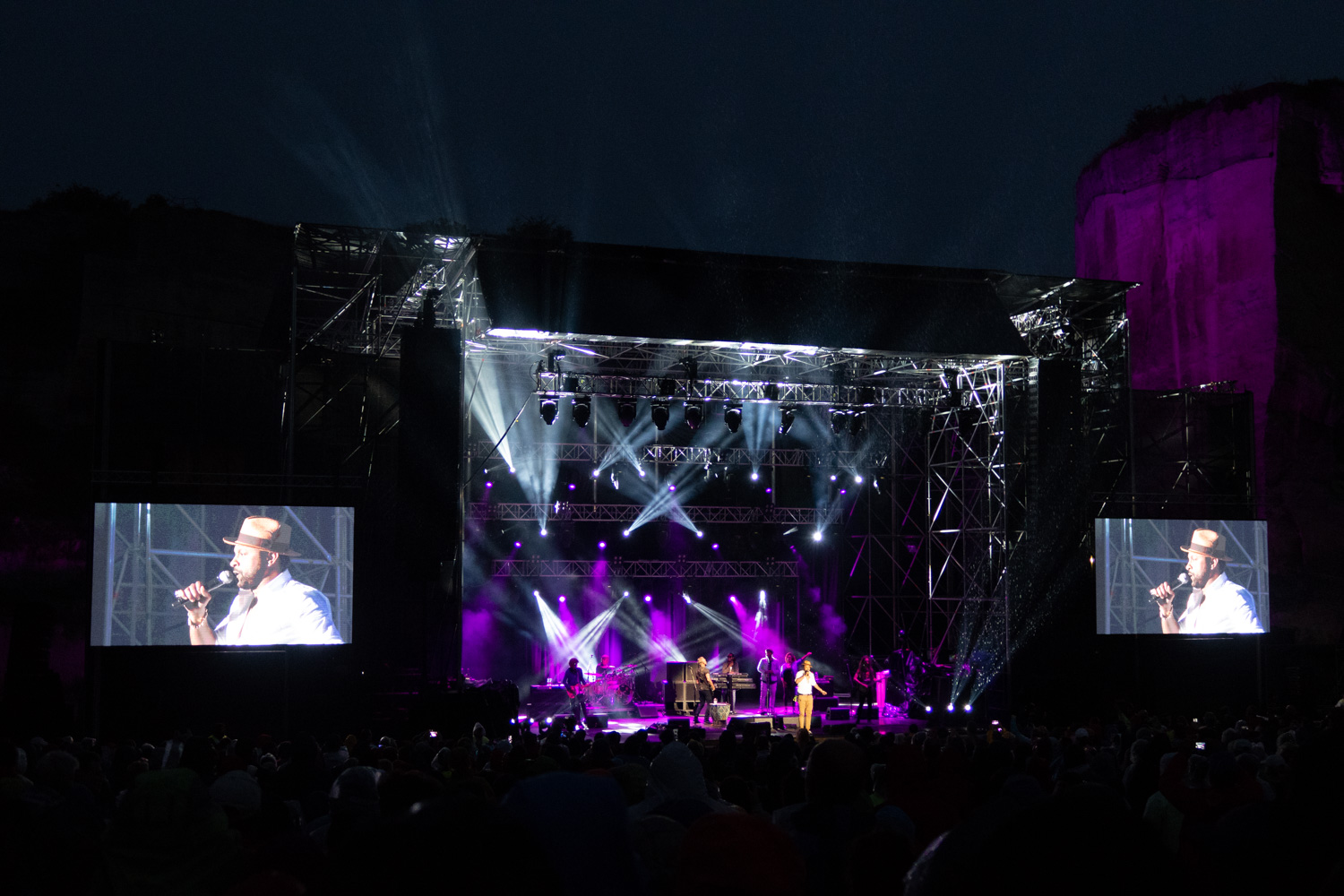 On the way yo the concert I thought about which camera to bring. Not that I have so many these days. Currently I’m down to three cameras which is an alarming low number.

There is my Fuji X Pro-2, the Fuji X100F and the Canon G7X. I ended up to bring the G7X because I was not sure if they allow bigger cameras in the concert and also because I wanted the 100mm tele option.

Last but not least you don’t look like a complete geek. At least that is what photographers think but of course you still look weird because today the smartphone is the camera of choice. 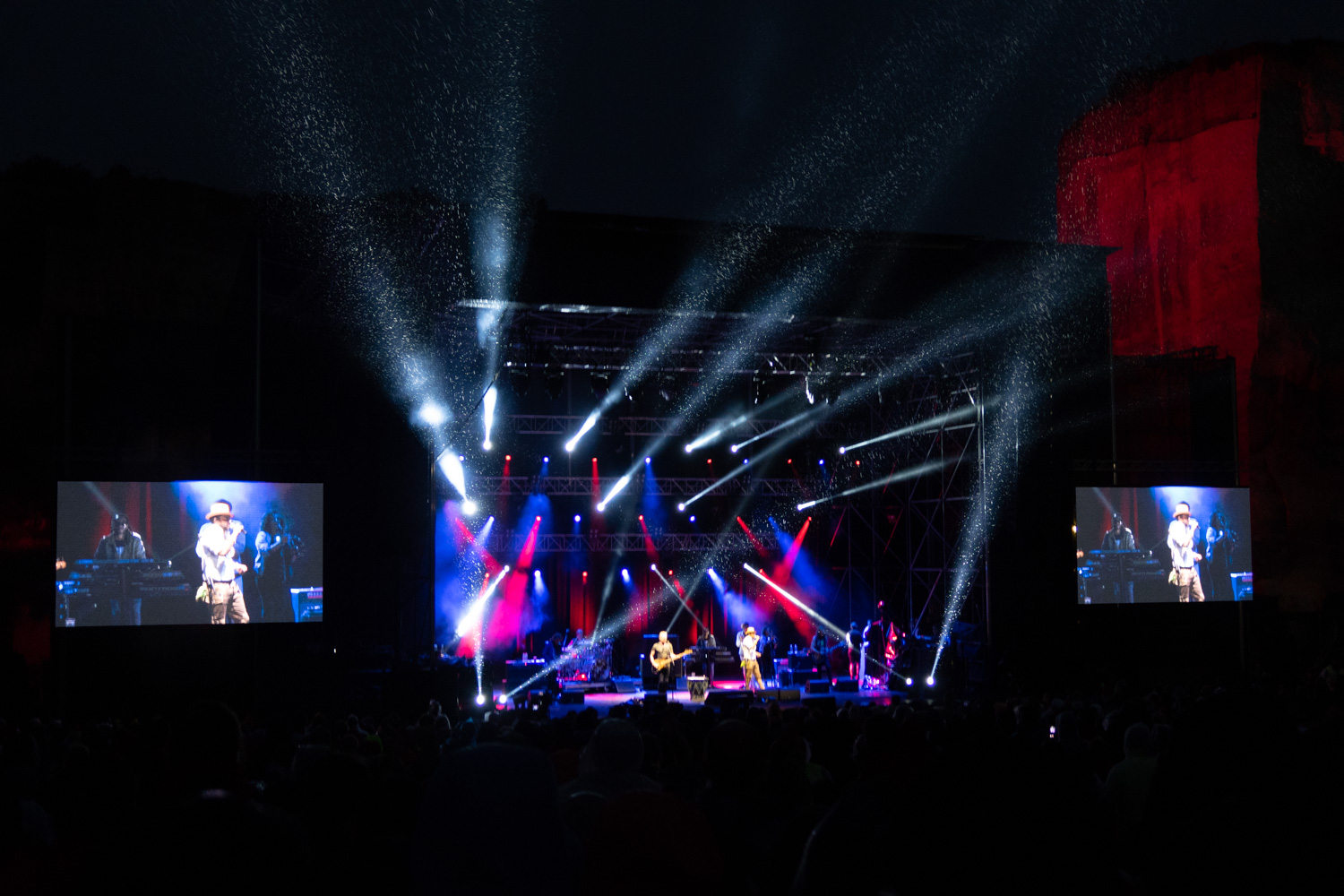 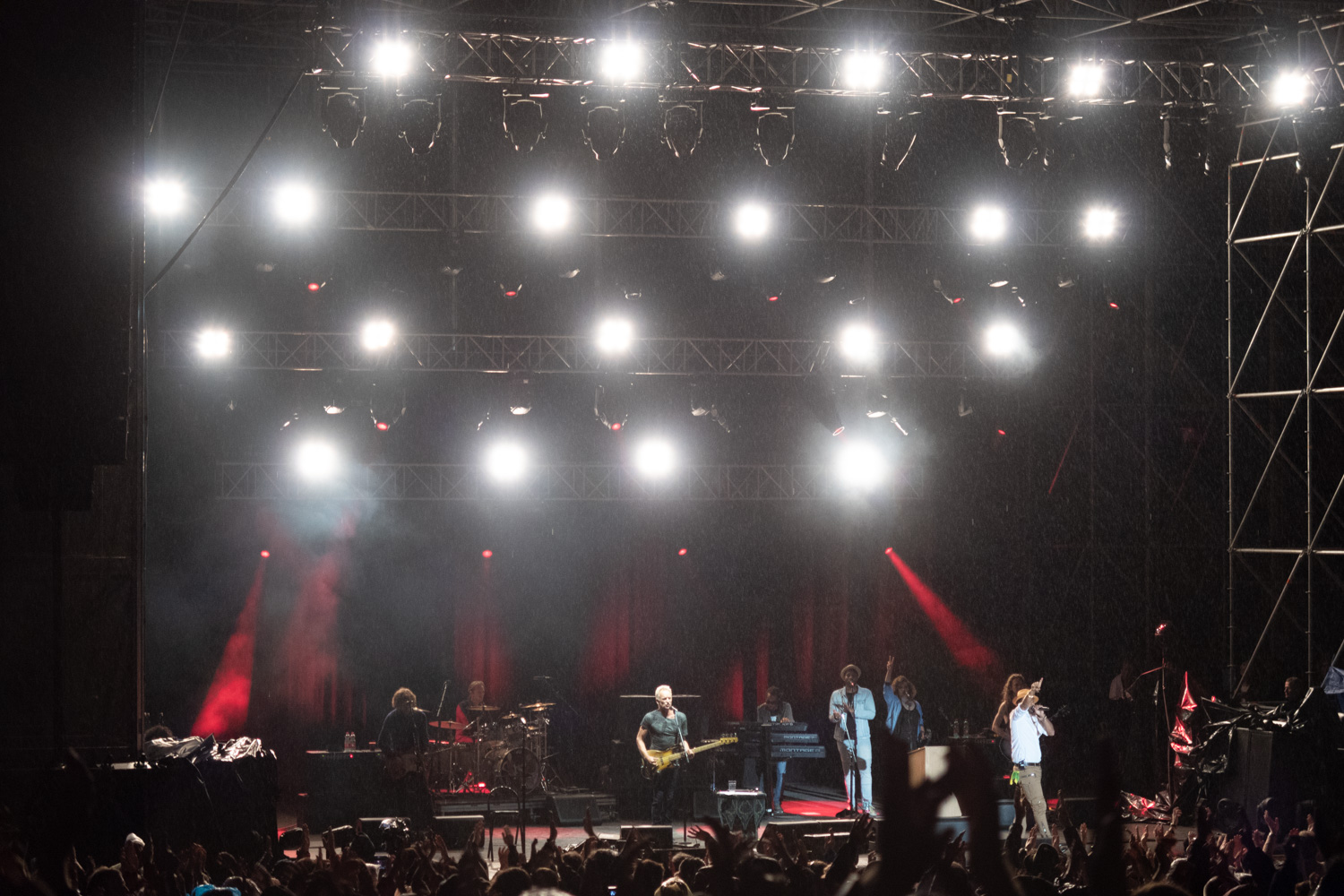 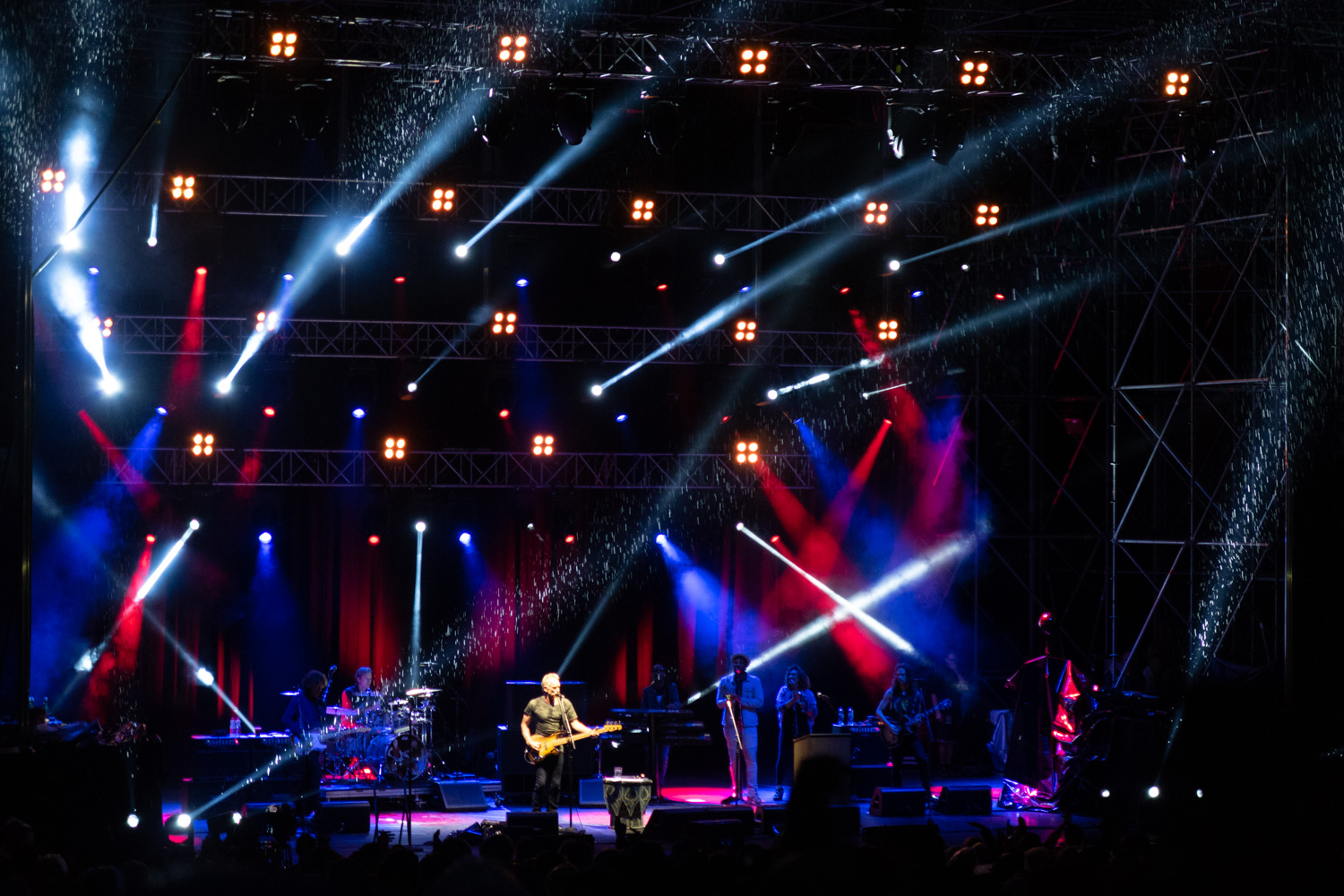 But all I can say to the smartphone shooters. Good luck! There is no way they will end up with images comparable to what I got from the Canon. This 1inch sensor is a real step up from compact digital cameras (if they still exist) and of course the super tiny sensors in smart phones. The cameras in smart phones have come a long way but when the light drops the image quality drops to unacceptable levels.

The 1inch sensor of the Canon on the other hand is perfectly usable in low light situations. This is a wolf in sheep’s clothing. The G7X looks like the average compact digital camera. The ones we used to shoot a couple of years ago when we didn’t want to bring our big DSLRs. Those compact digital cameras were nice to carry around but the image quality was poor.

This little camera gives me an image quality that comes close to what I get from my bigger cameras. I write bigger cameras here because I stopped shooting DSLRs two years ago. My big camera is a Fuji X mirrorless and if I pair it with the very compact 23/2 lens it is not big at all. And I also have a X100F which is even smaller and not that much bigger than the Canon G7X but it lacks the zoom lens of the Canon. The G7X offers an extremely useful 24-100mm zoom that covers everything from wide angle to portrait tele and the lens is rather bright too. It’s a very powerful package. It even has a screen that “bends over backwards” to allow selfies. 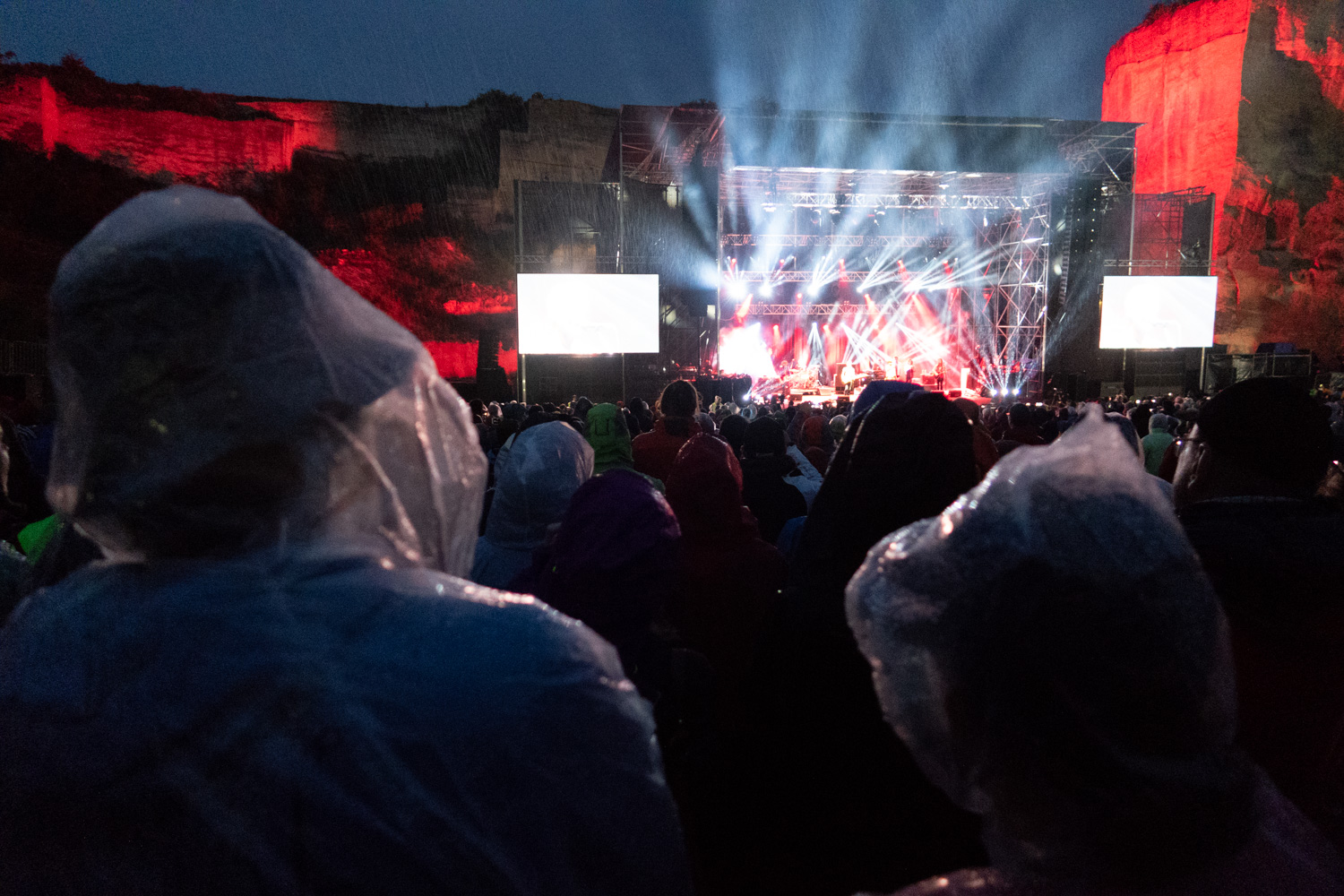 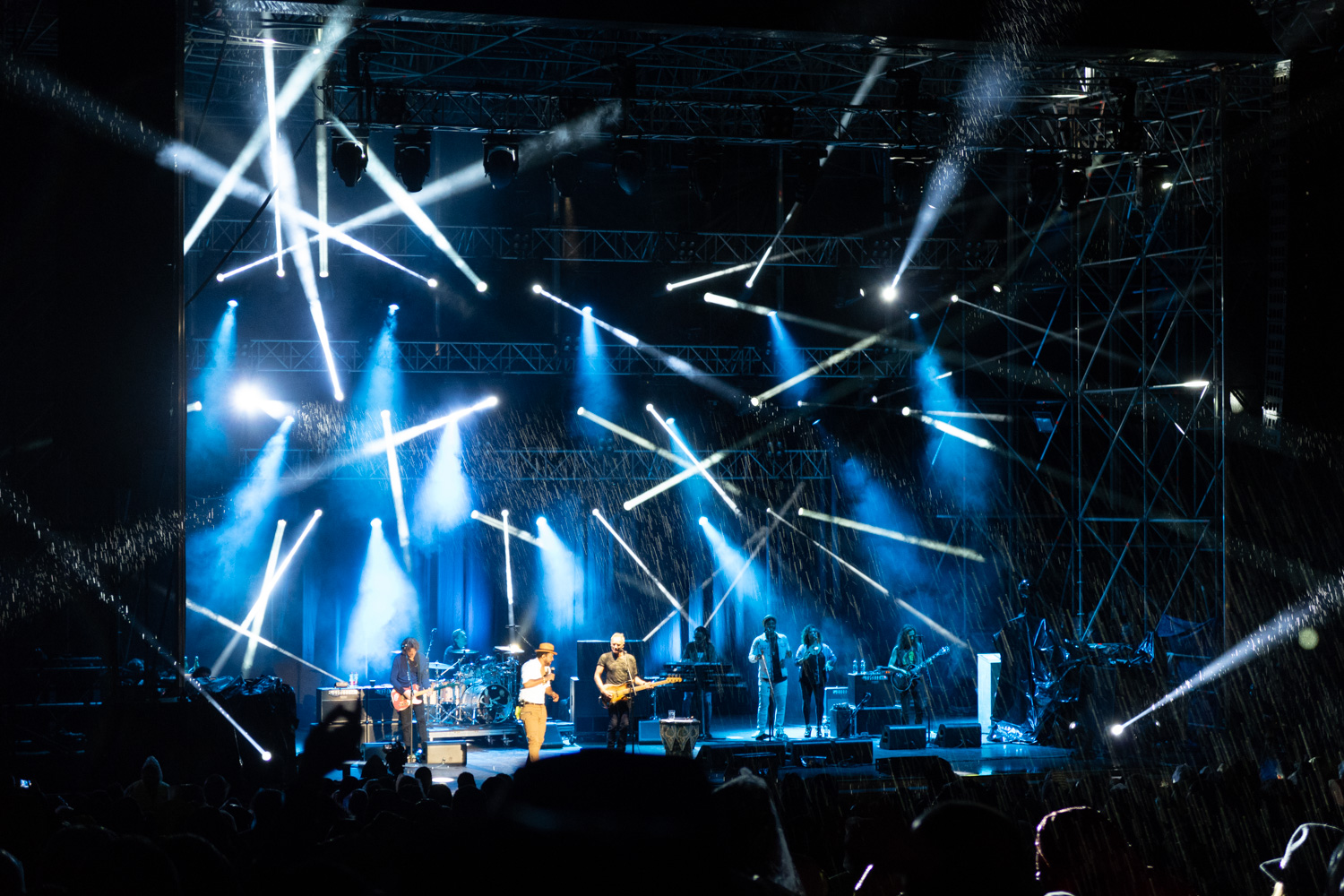 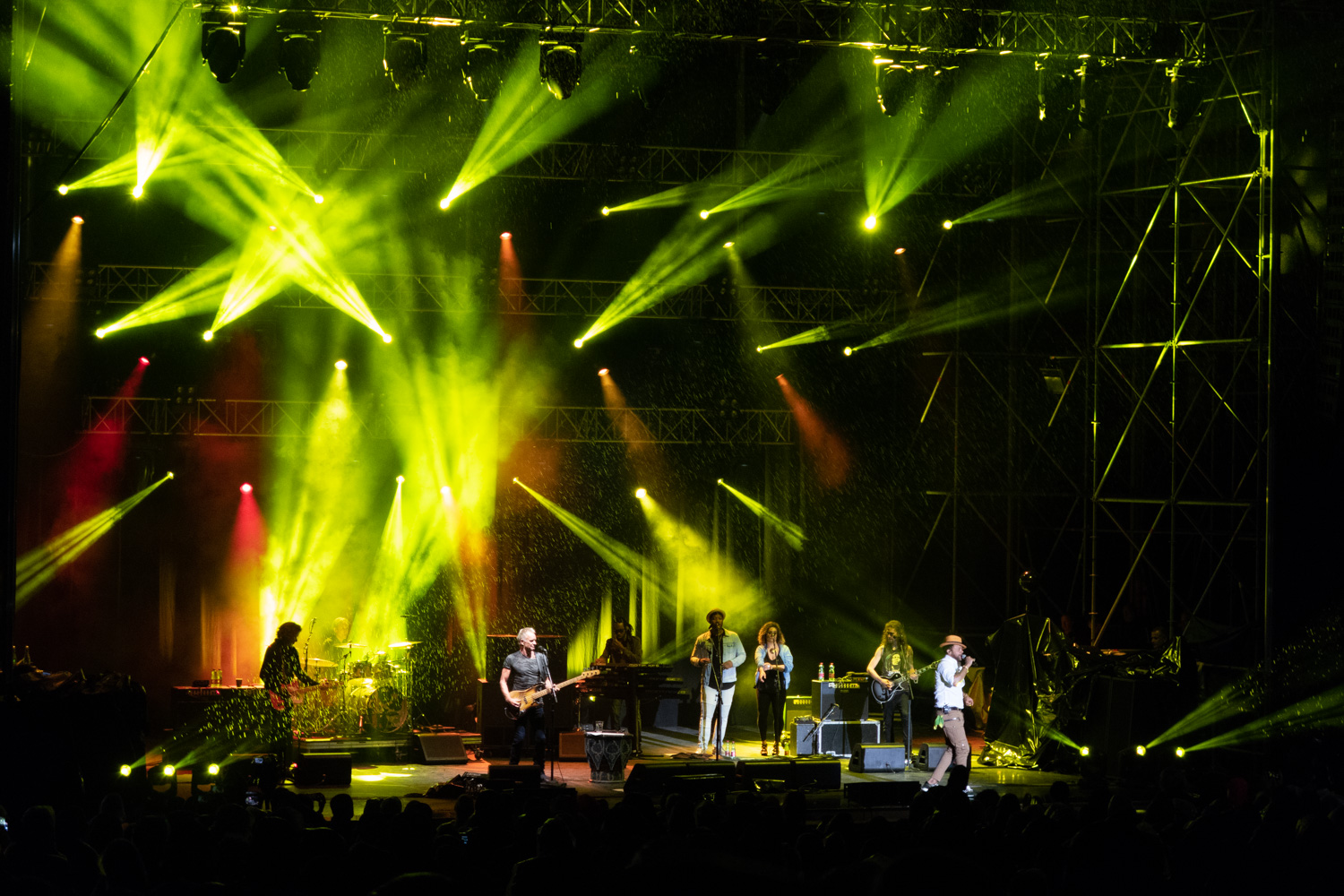 Maybe I should say something about the concert. Sting and Shaggy sound like a strange combination but it works. Of course they are completely different just like their music. I have many Sting records but not a single record from Shaggy. However it was because of Shaggy that the concert was such a success. He managed to make the audience sing and dance despite the constant rain.

Speaking of the rain. The G7X worked without any problems. Of course I put it away in between the shots and wiped of the water but still it was wet and I was surprised how good the camera handled those conditions.

A great concert, a great memory beautifully conserved by this little big camera. 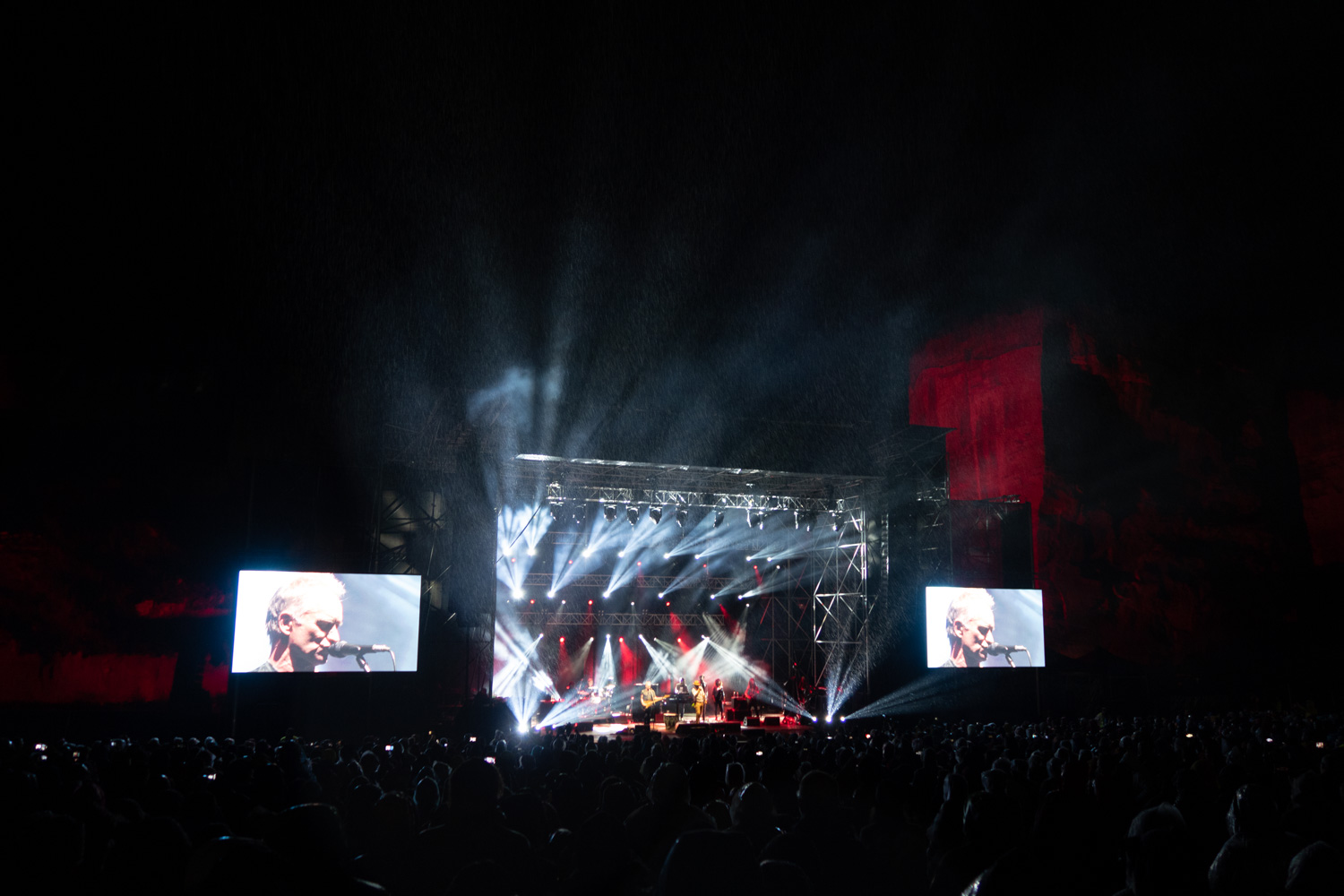