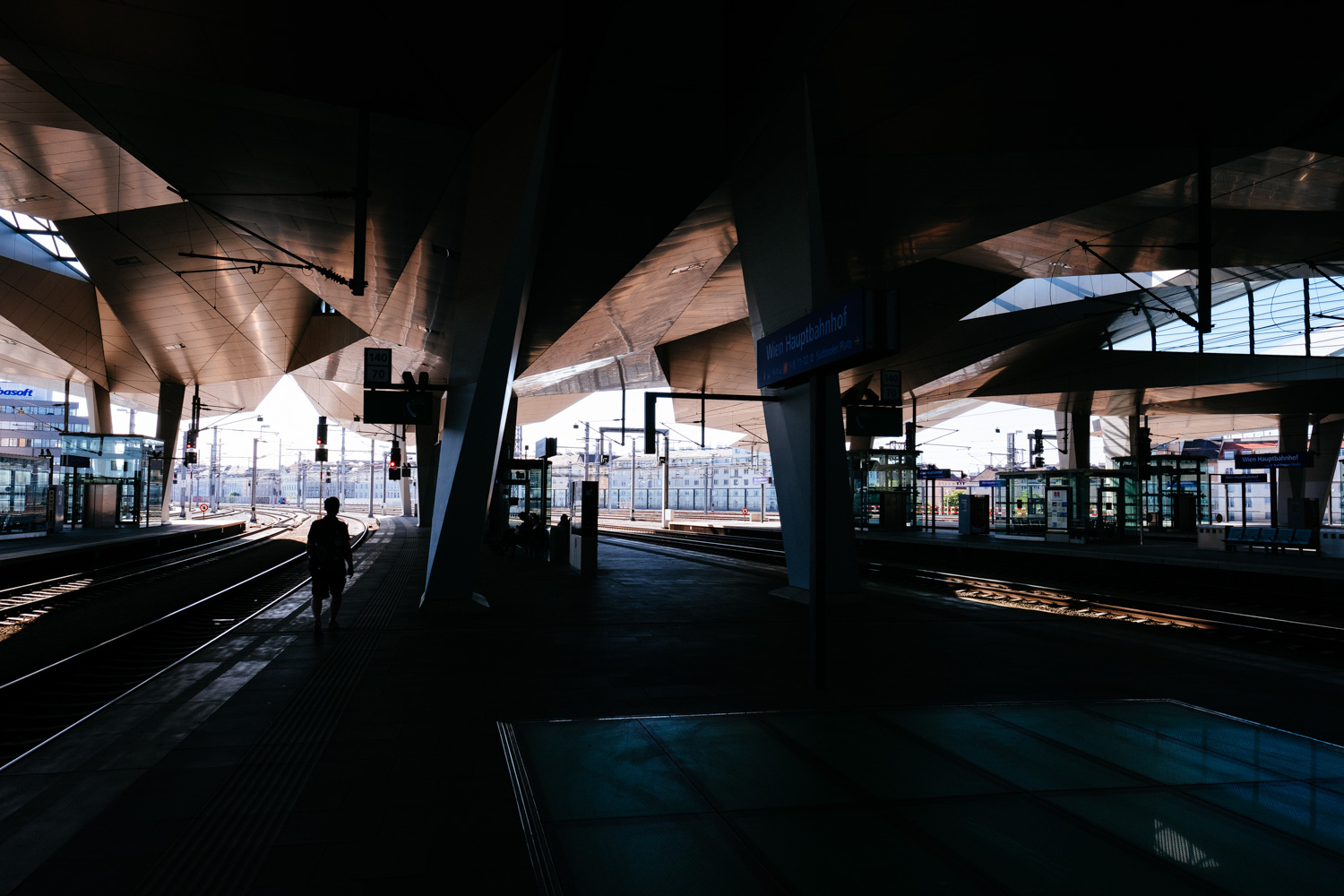 The last couple of years I visited many exotic places but sometimes I missed to cover what is right in front of me.

This is the new main train station in Vienna, Austria. Well not exactly new. The opening ceremony took place almost three years ago but I haven’t got the time to have a look. I’m not traveling by train a lot. The last couple of years the only train I used to ride on was the Nozomi express in between Tokyo and Osaka. I guess I got spoiled. 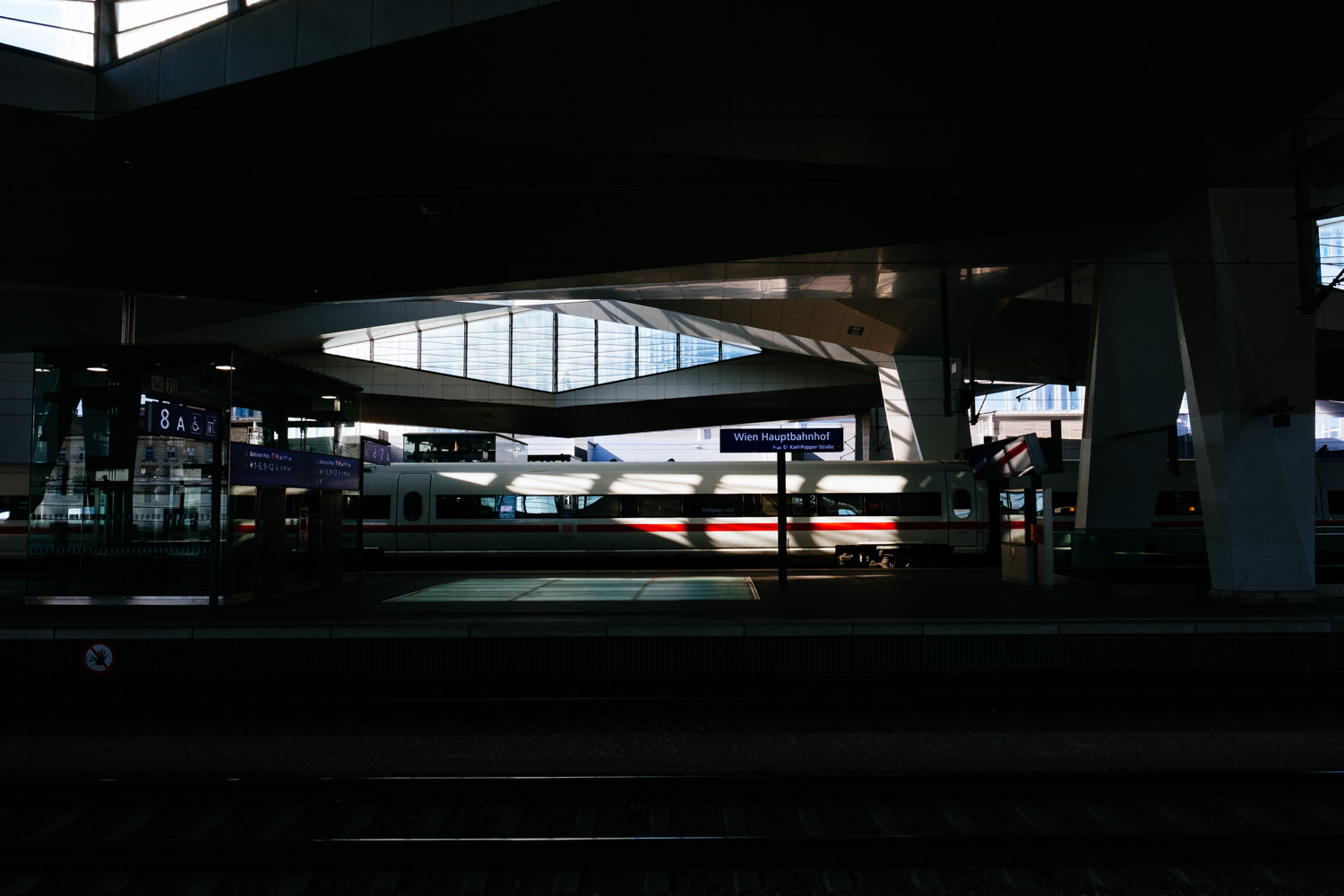 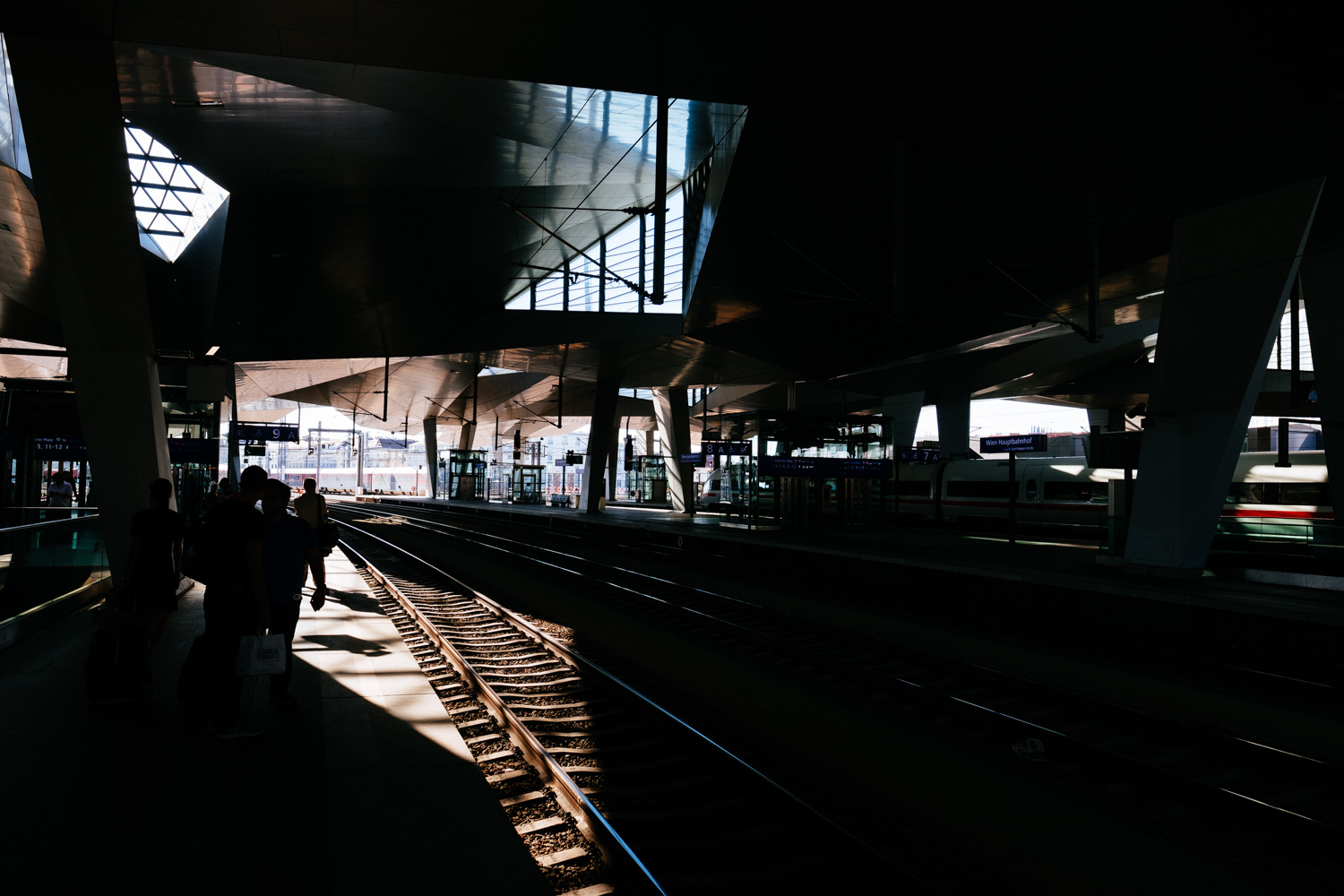 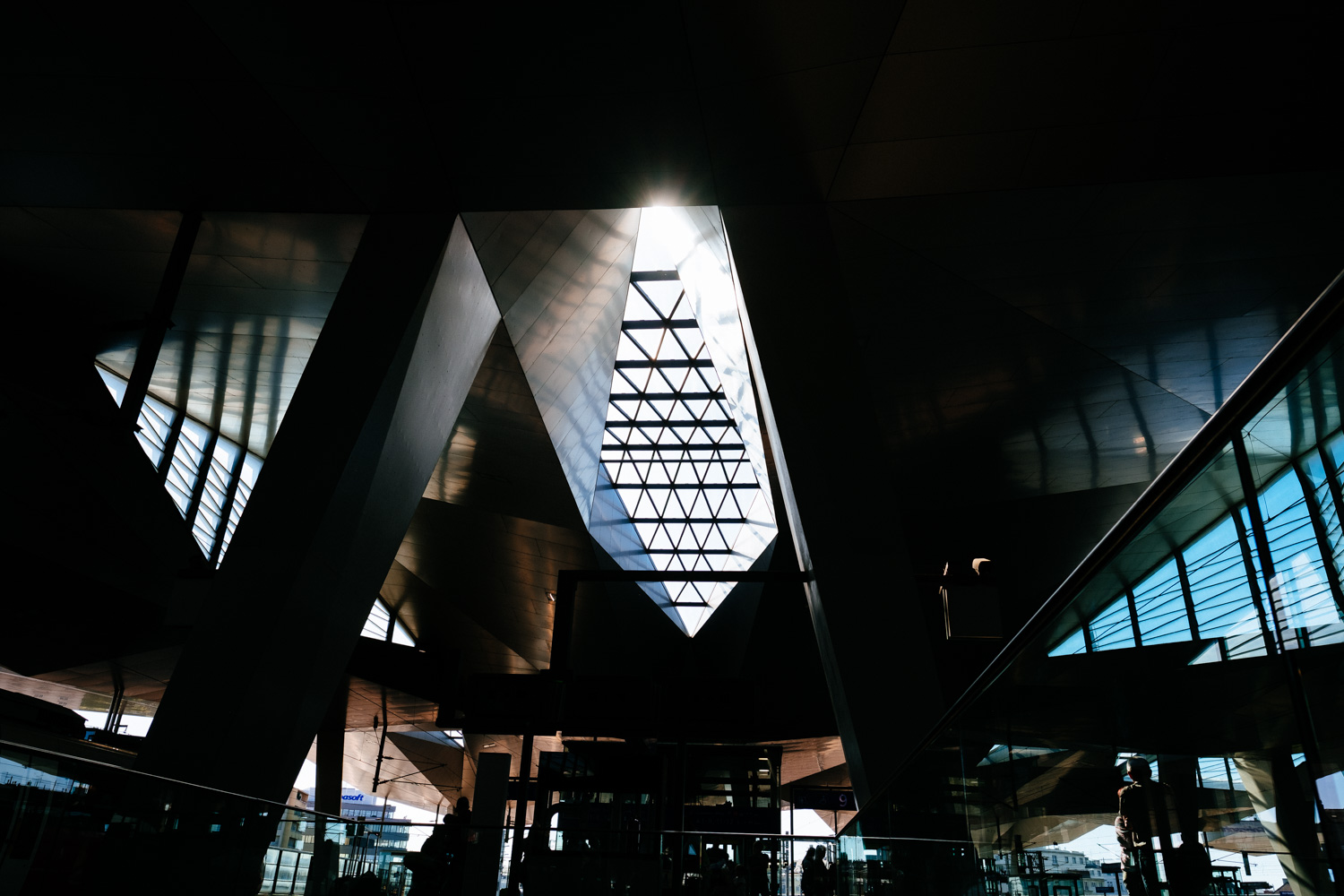 And I only visited the place now because I had an hour to kill after dropping my guests from South Korea at their hotel. We spent an afternoon at the Schoenbrunn castle and before dinner they wanted to get their stuff back to the hotel and got changed. So one hour for me with nothing to do except having a look at the nearby train station.

Underground there is a big shopping mall but I was more interested in the platforms and in the construction of the roof.

But why a new train station? What happened to the old one? The former main translation in Vienna was located in a completely different area. And it still exists. It’s name is Westbahnhof and it also has been renovated a couple of years ago but now it’s more like a train station for the regional traffic. 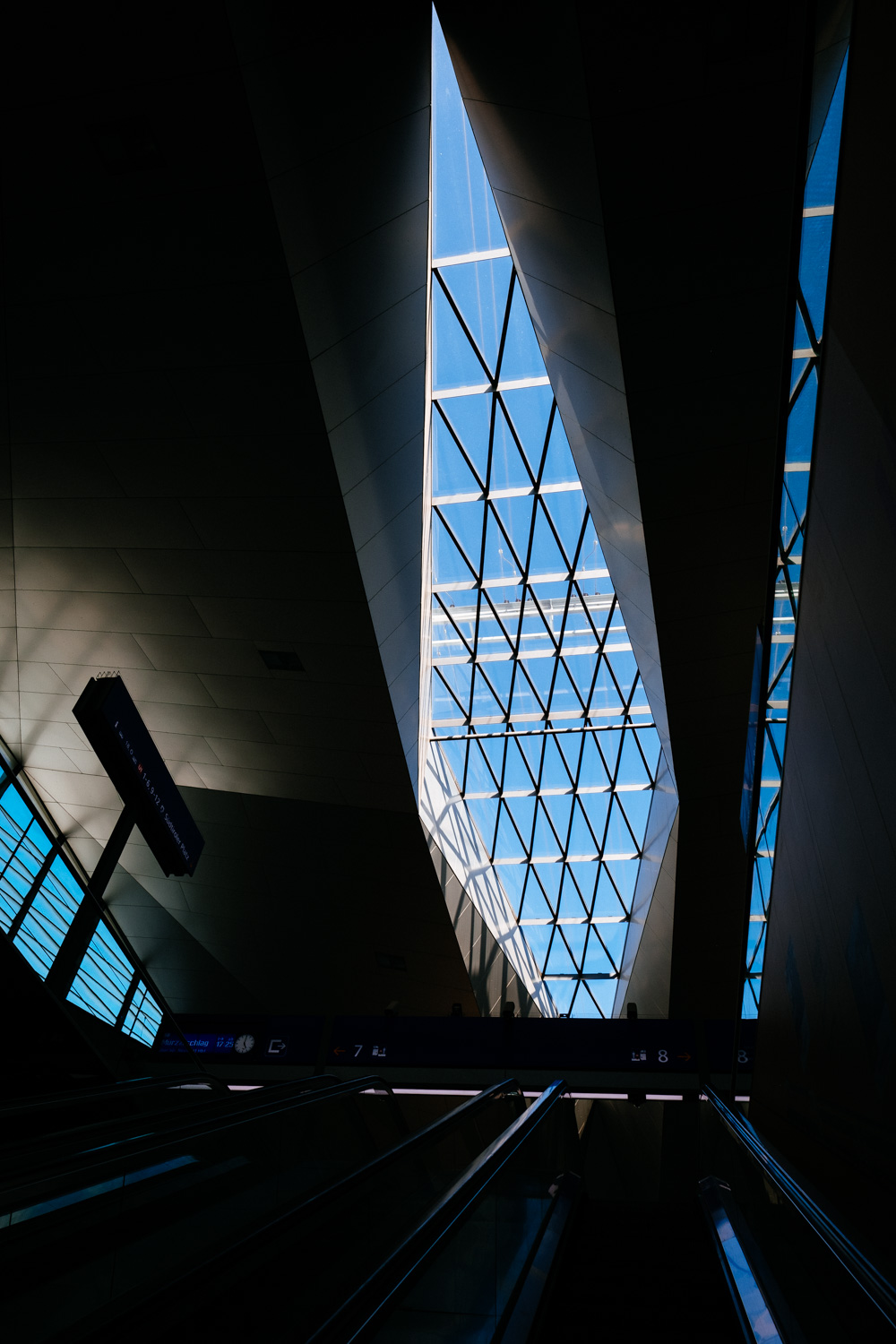 But back to this one. Total cost was slightly above 4 billion EUROs but of course it doesn’t come cheap to rebuild a whole area and to re-route all tracks. It looks fresh and modern and I really liked the design of the roof.

The day was hot and sunny and the strong sunlight created some very nice reflections on the metal surfaces. Such strong sunlight is tough to control but it is just perfect for shooting inside of buildings. A strong midday sun is perfect for pictures in pagodas or temples because together with the smoke from the joss sticks give you those amazing light rays. But if course this is not a pagoda in Asia but a modern train station in Austria.

What I really missed was some cool looking bullet trains. The Shinkansen would have been the perfect match but we don’t have them. Just boring, ordinary trains. 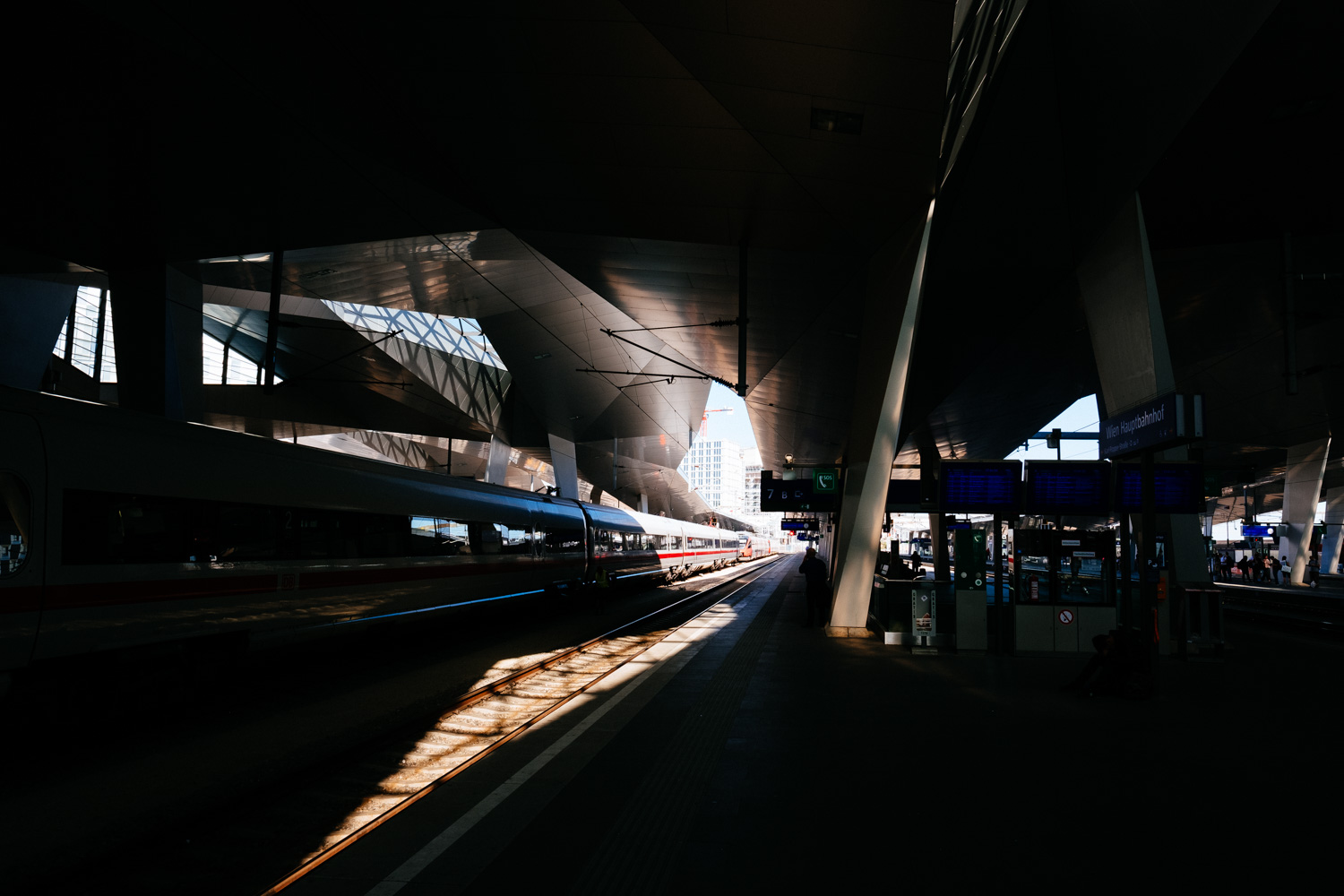 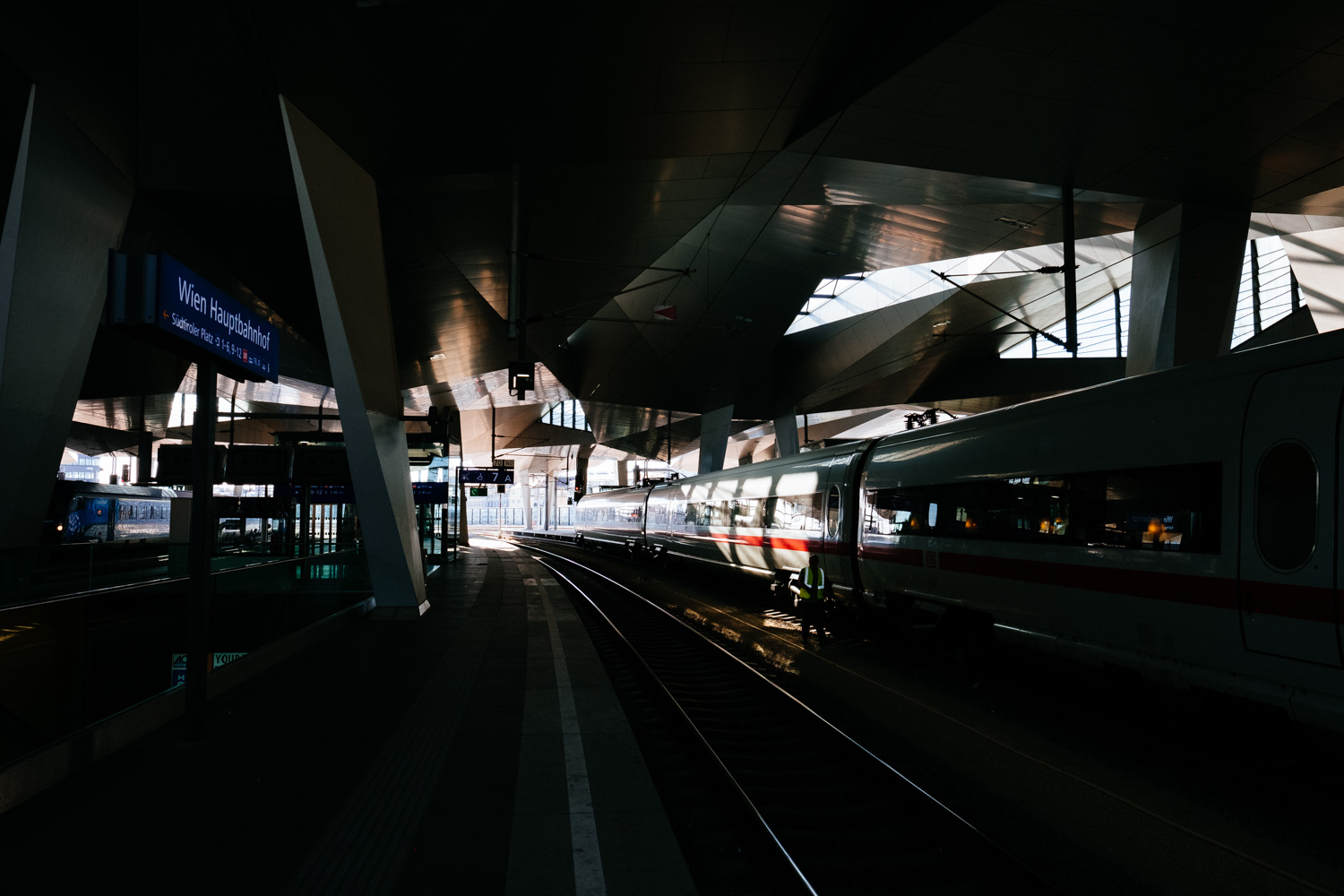 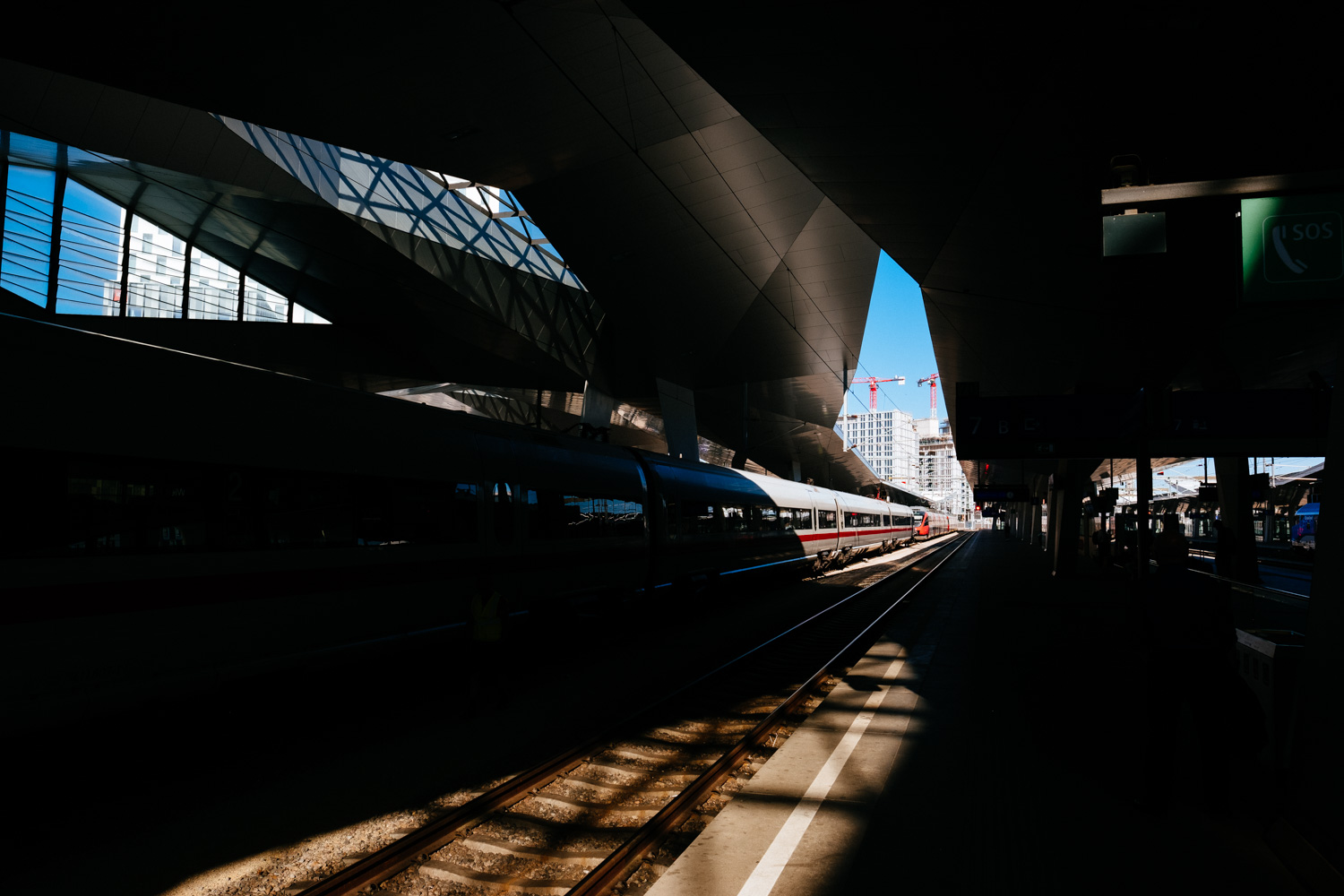 And I noticed another thing: There are no people! This is the busiest train station in Austria with an average 145.000 passengers a day.

Two month earlier I stayed close to the famous Shinjuku station in Tokyo. This is the busiest train station in the world with an average of 3.64 million passengers per day. Now that’s a difference! Seems that we are not the worlds most eager train riders.

Today I would simply take the XF 16-55/2.8 WR that I just bought after a lot of hesitation. The perfect lens for general photography plus portraits when you want to avoid lens changes. I already consider to take it with my on my next trip instead of the primes but I’m not sure yet. But if I do I will also pack the XF 14/2.8 R. 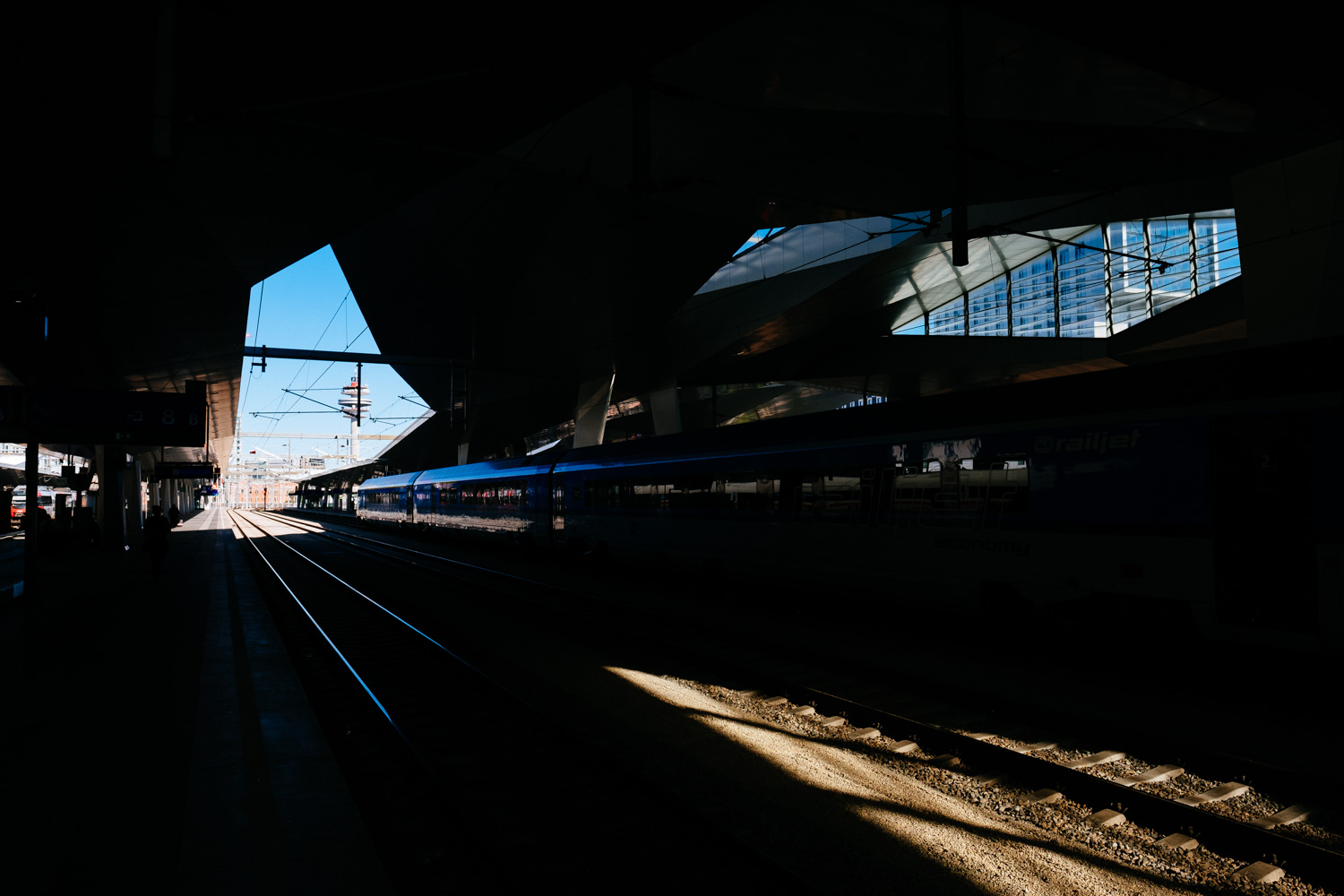