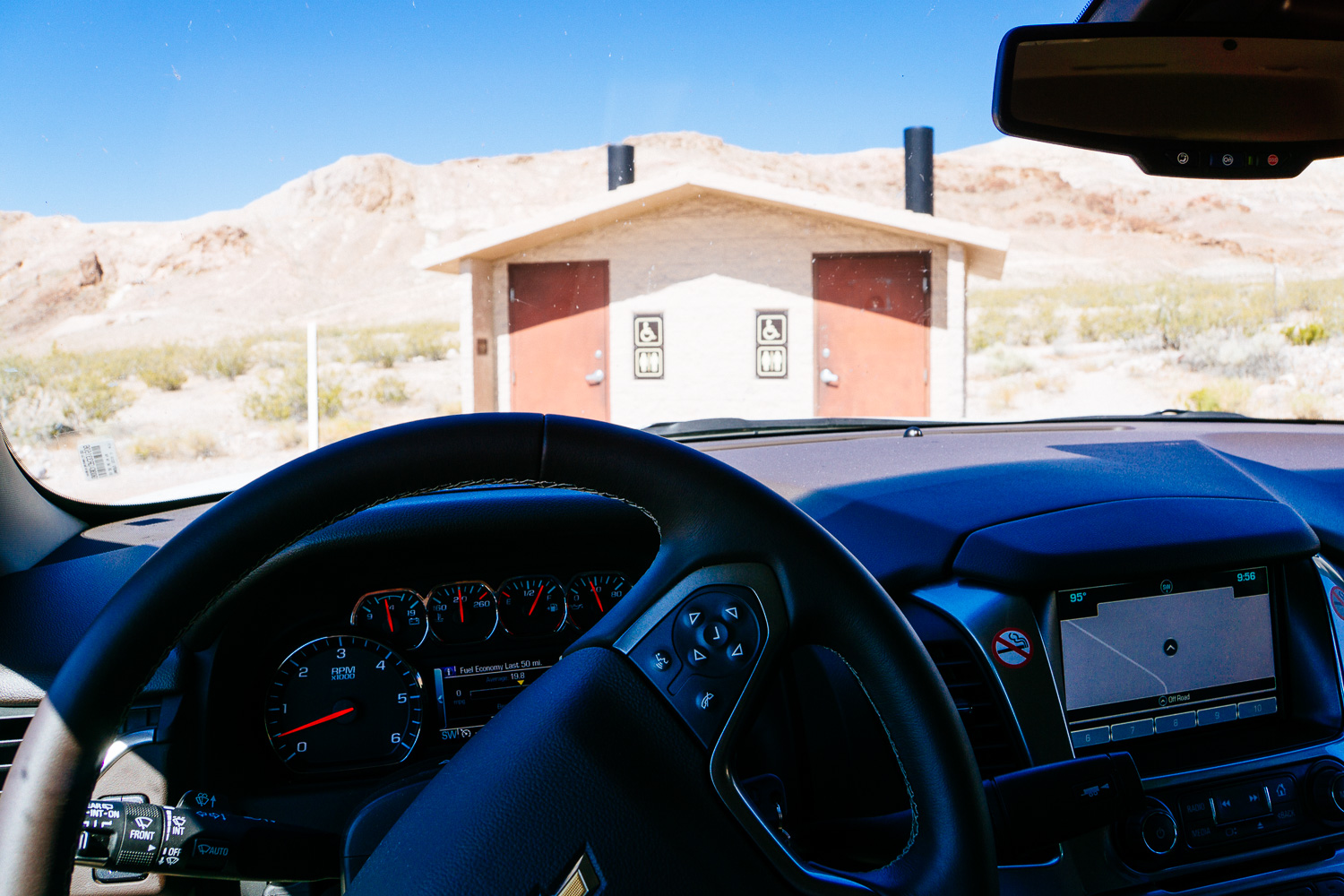 Even though we drove through Death Valley a couple of times we never came here. The Rhyolite ghost town. Home of the famous bottle house.

This might be a ghost town but this is the USA so there is proper toilet just in case that you haven’t brought a shovel or if you should be afraid of rattle snakes. 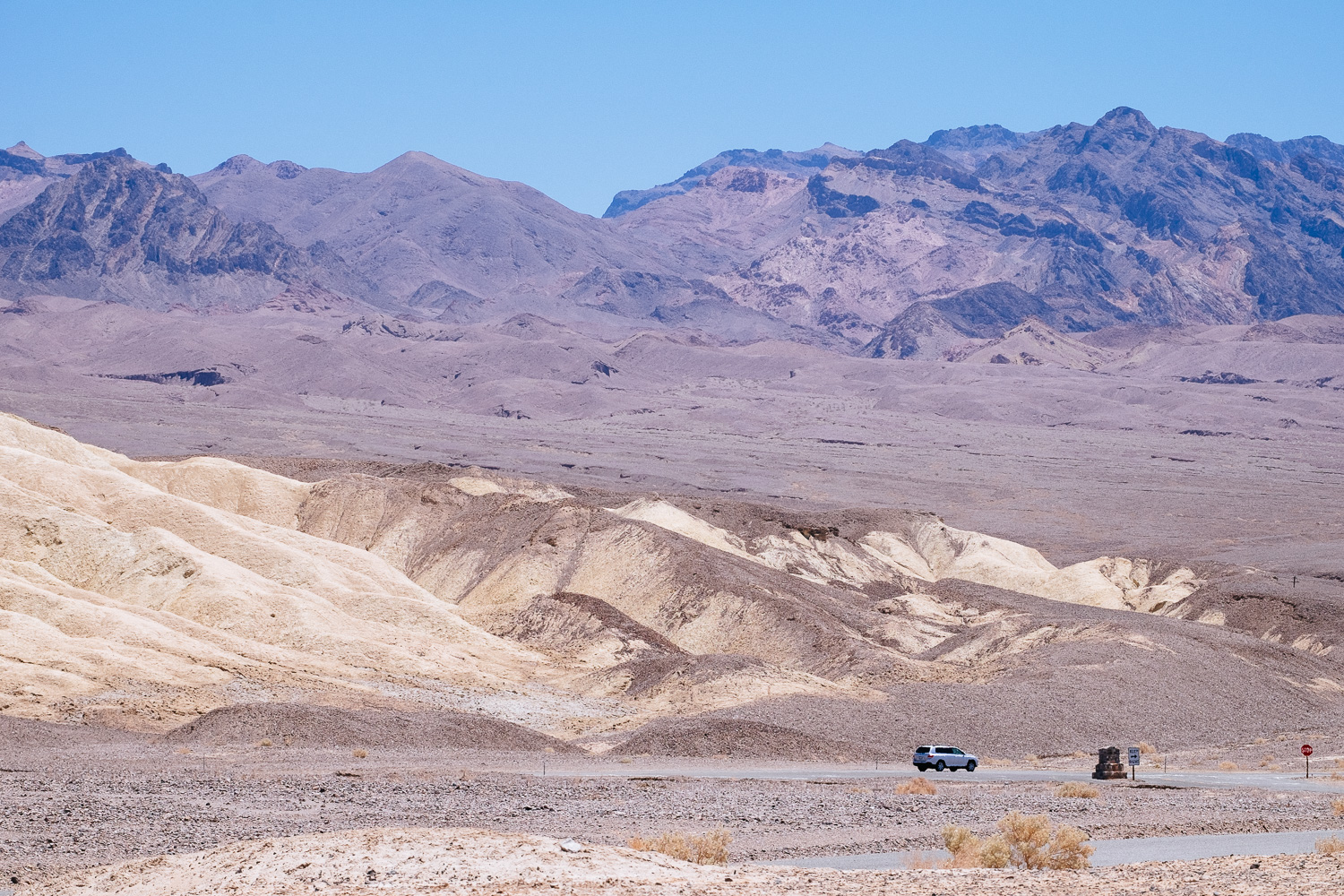 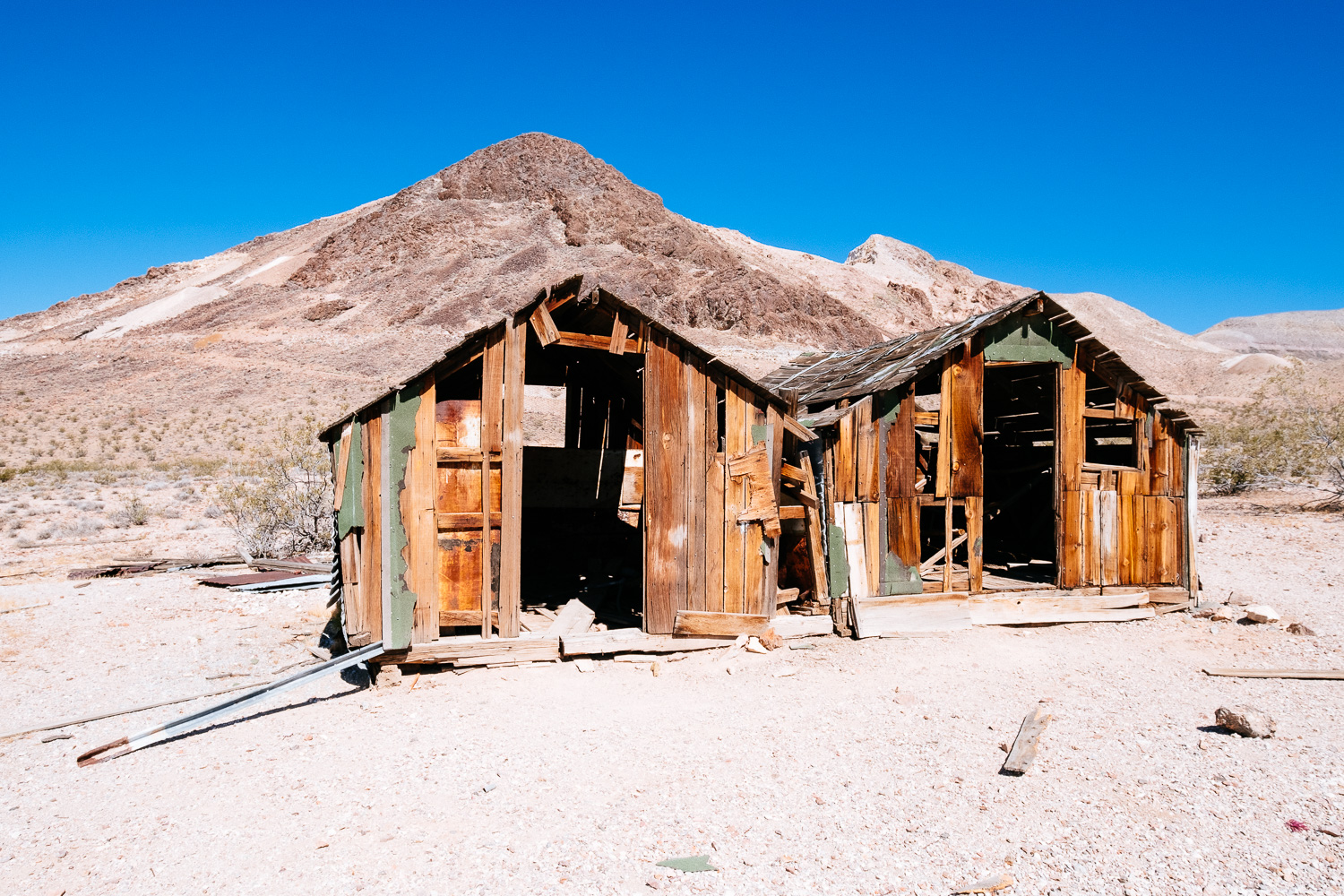 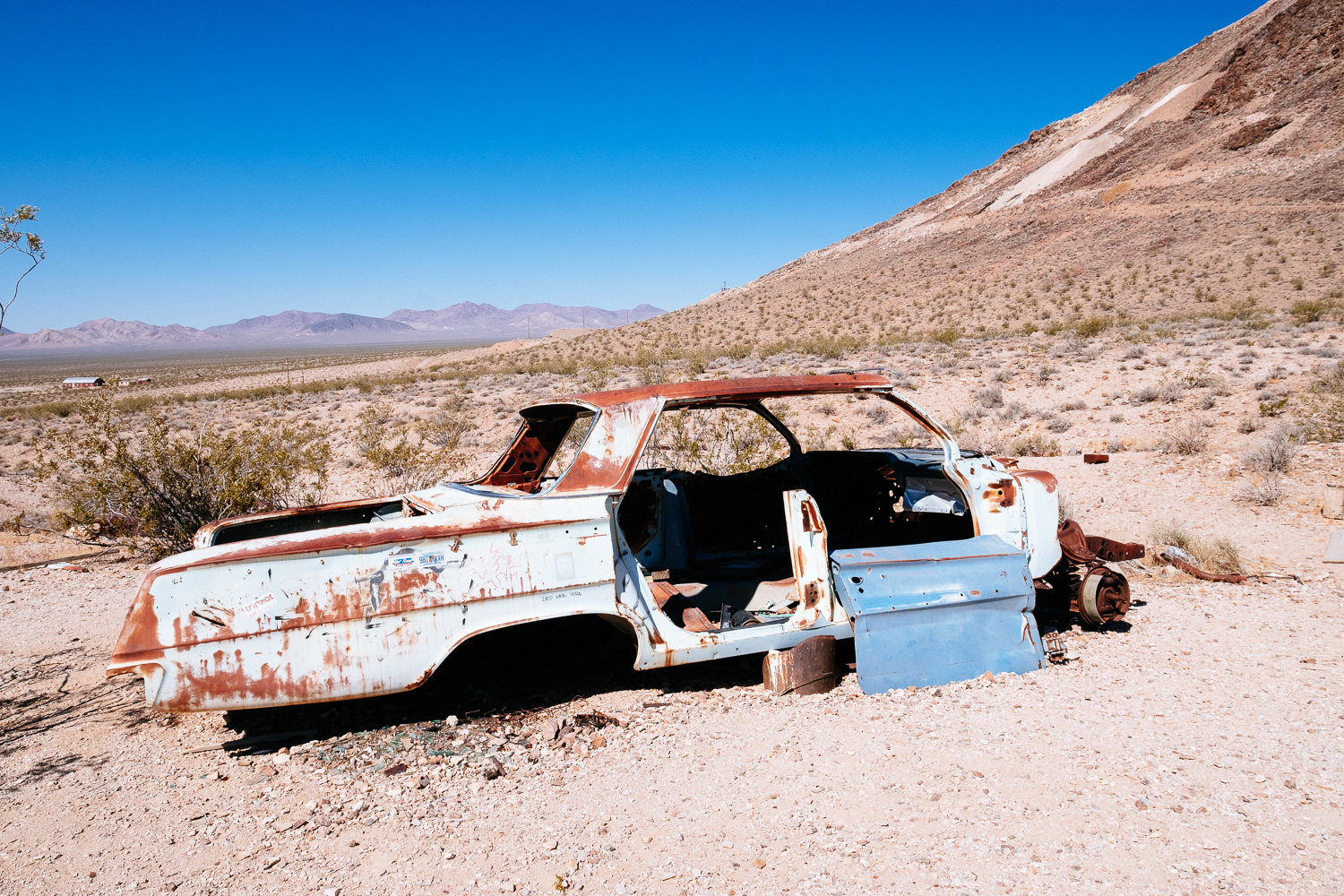 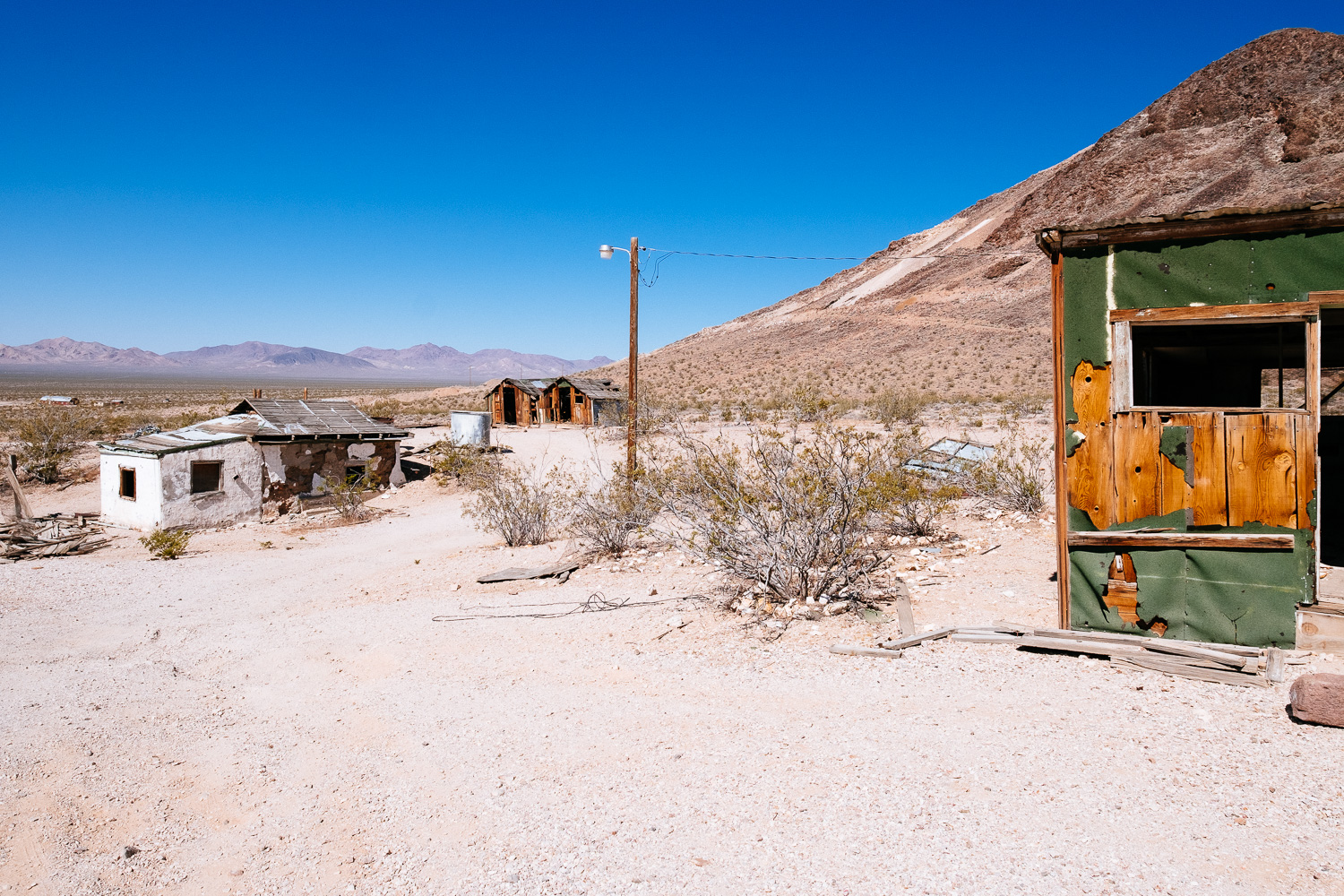 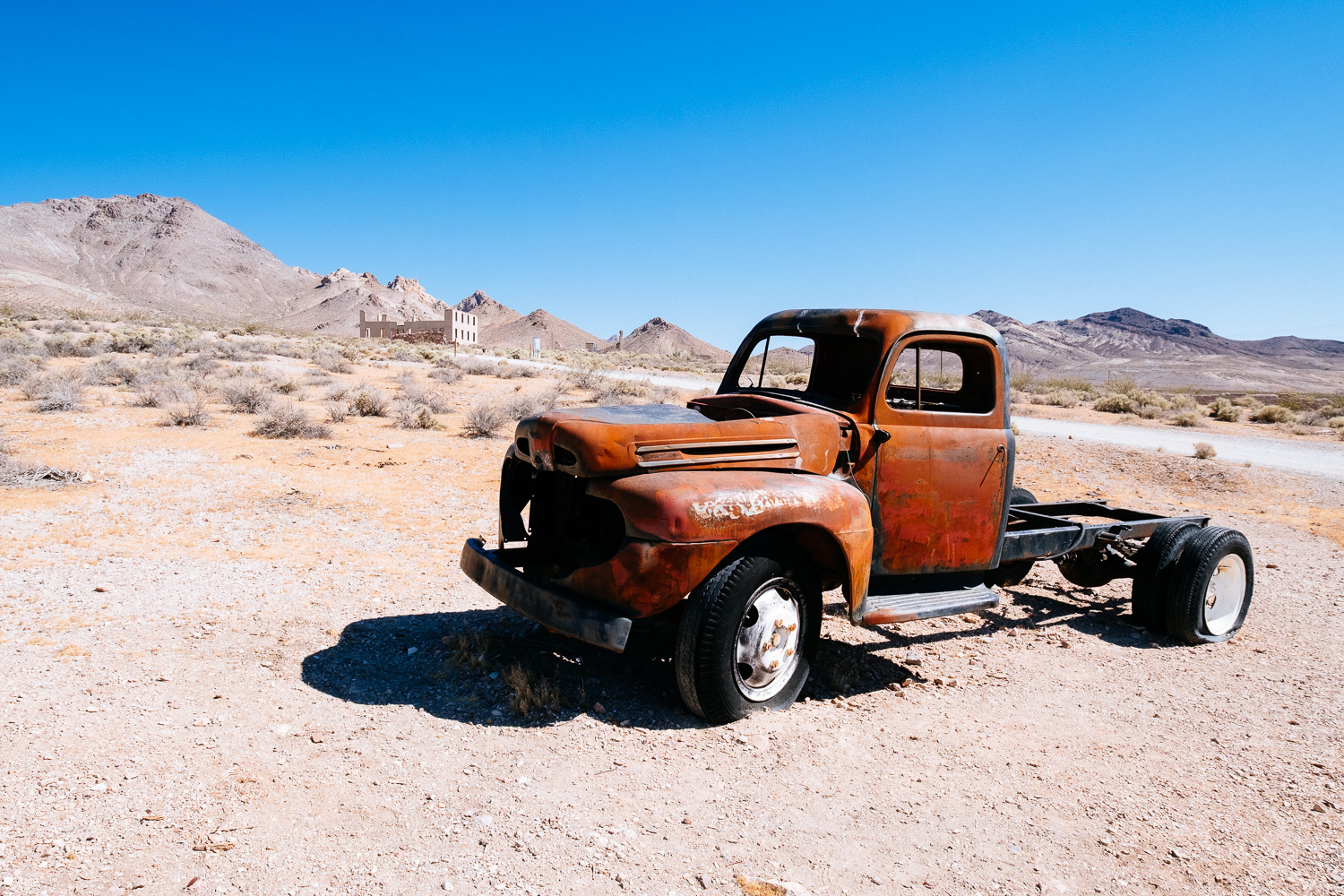 There is not much left of the town that once was the home for 10.000 people. But that was more than 100 years ago and the reason for all those people to come here was gold. As soon as the gold was gone the people left. The abandoned houses collapsed and slowly disappeared.

Almost all houses. One house still exists and it’s looks like his owner has left just recently. It’s the famous bottle house built by a guy called Tom Kelly. It took him only 6 months to collect the 50.000 beer bottles to build his house. At that time 50 saloons operated in Rhyolite.

Now there is a fence around the house to protect it from visitors but I don’t think that there are many. At the time when we visited the place we were alone. We saw one car passing by on the way to Beatty. Beatty is also a place we never saw when we just passed through Death Valley in our previous visits. Beatty is nothing special except that for the car industry it has become a testing ground. This is the hottest place on earth so it is perfect to check out the air-condition and of course also if the cooling of the engine is sufficient. It’s like what Northern Sweden has become for winter tests this is the place to test cars in extreme heat. 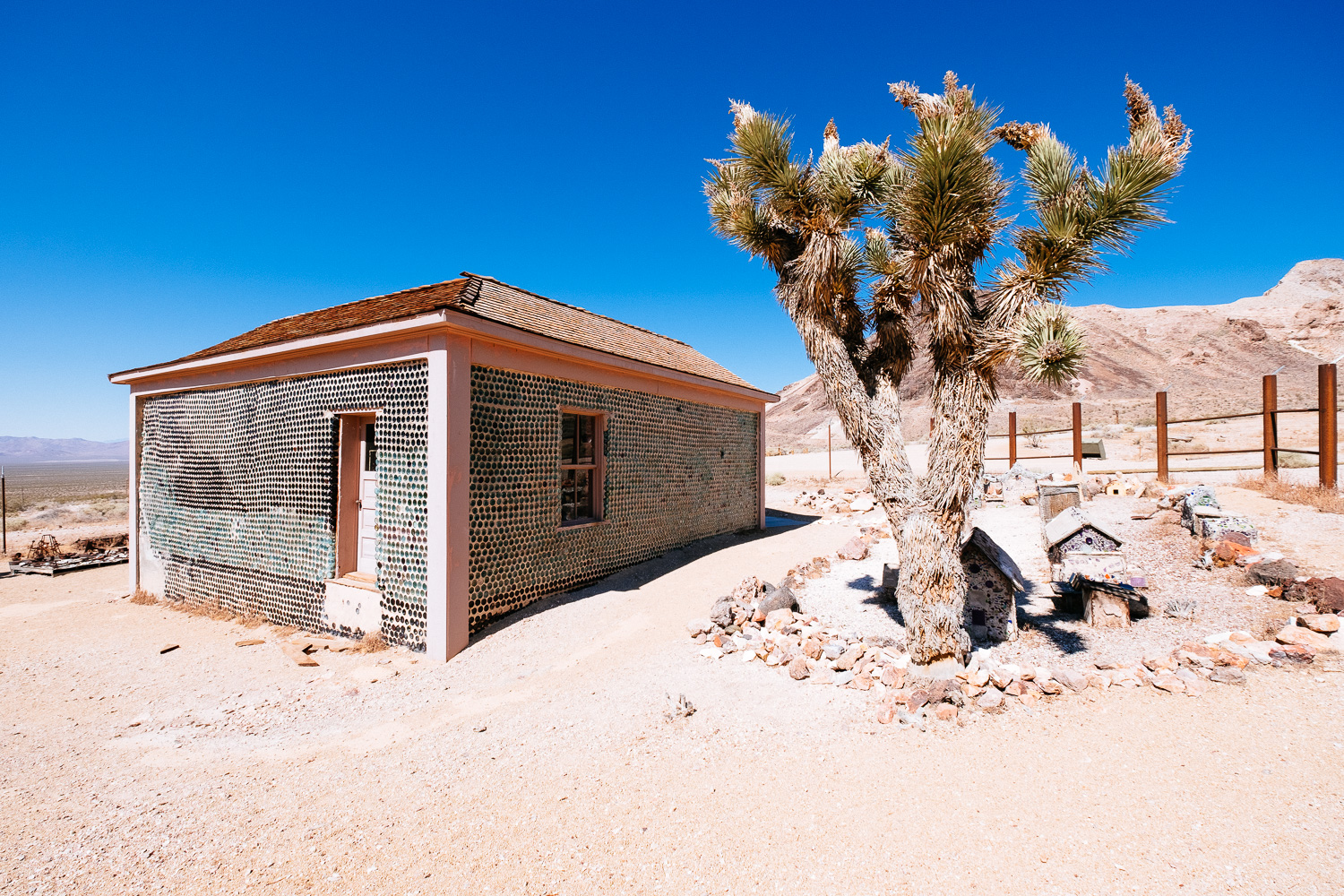 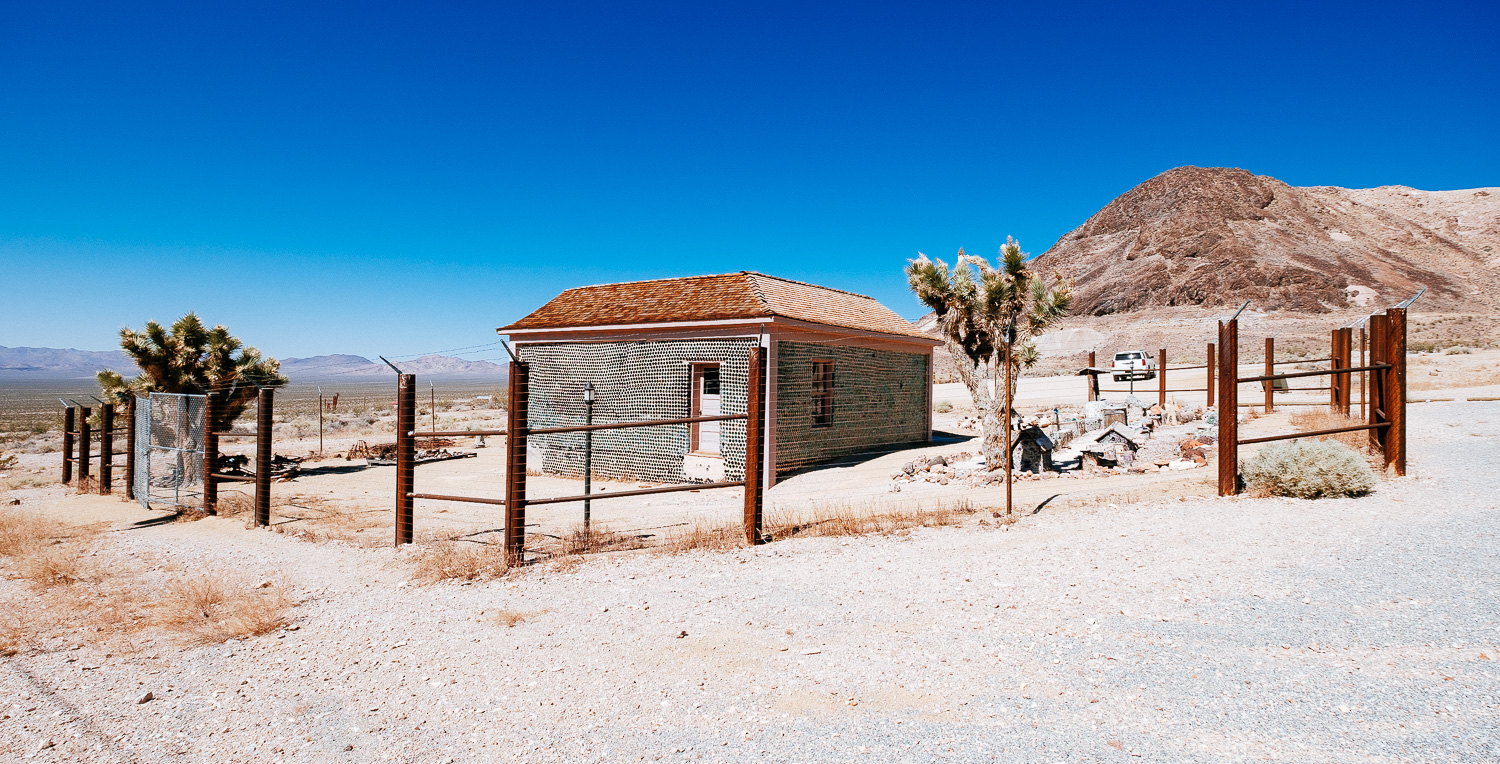 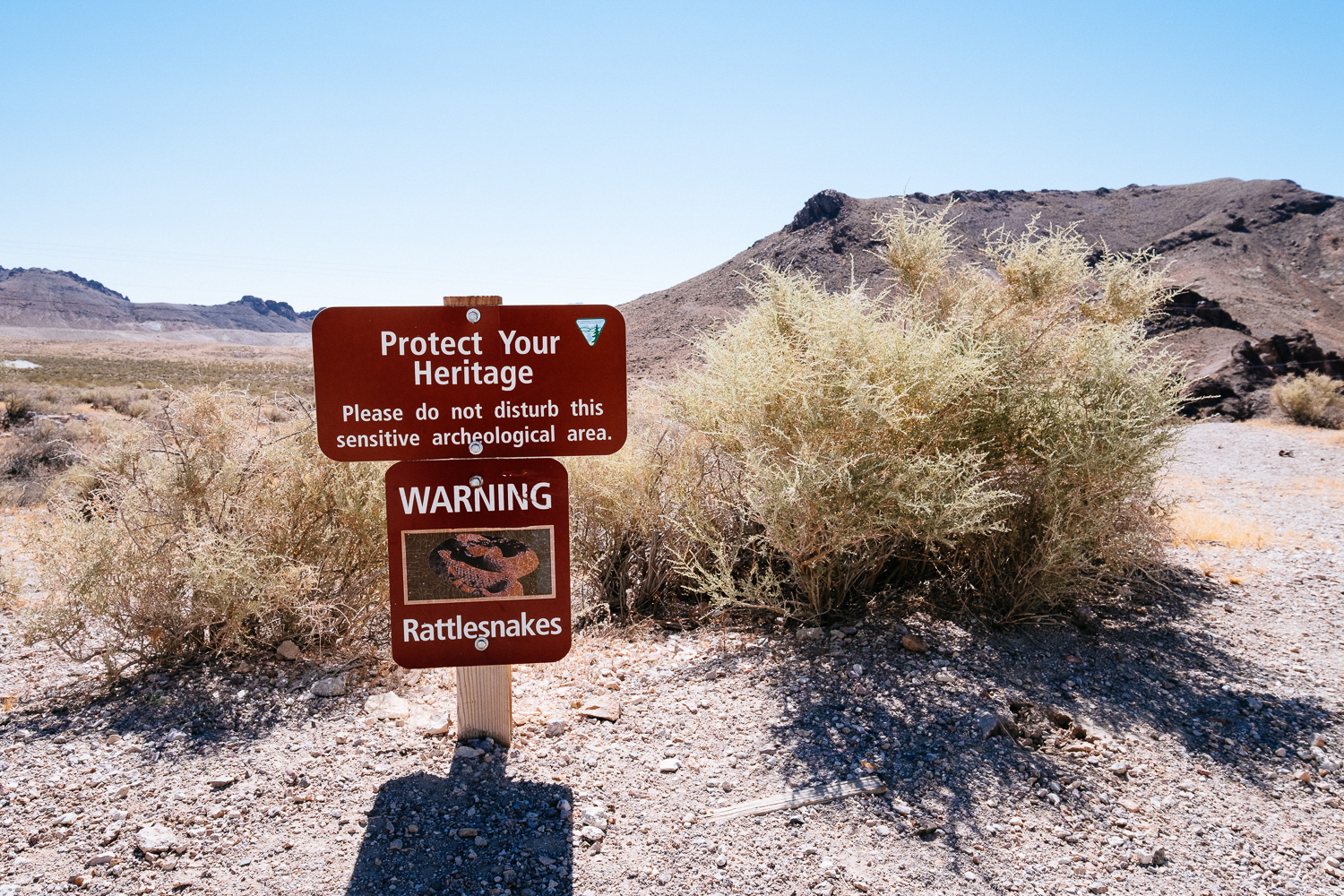 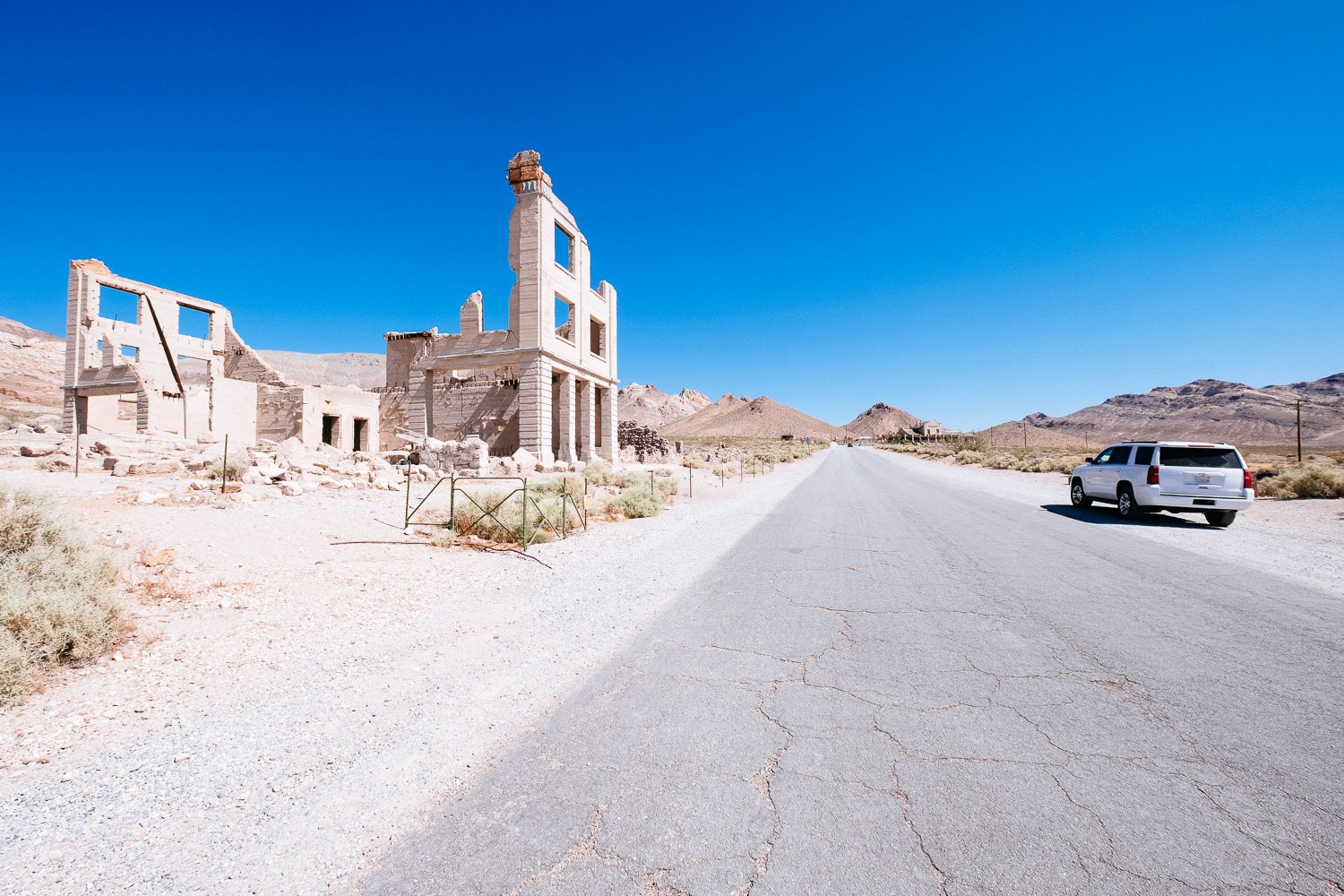 We visited the place around lunch time. It was hot but not unbearable but of course the temperature was still rising. After our stop in Beatty it has become truly hot and it was easy to understand why this place has become so popular for car makers.

Most of the buildings were made of wood but this one was made of bricks. It’s strange to imagine that there were also house wives and kids in those towns. I always thought there were only gold diggers and prostitutes but maybe the Wild West was not that wild at all. 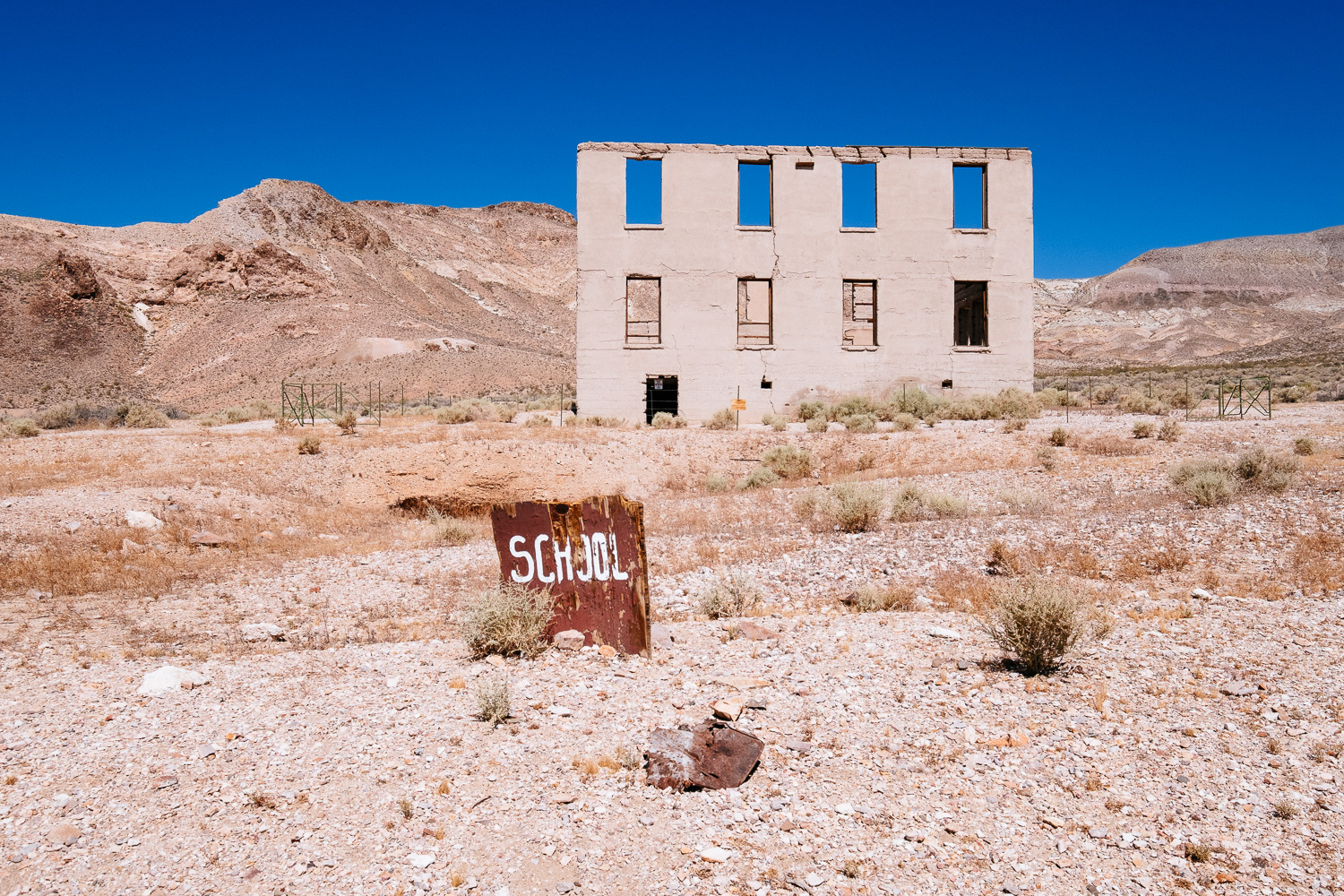