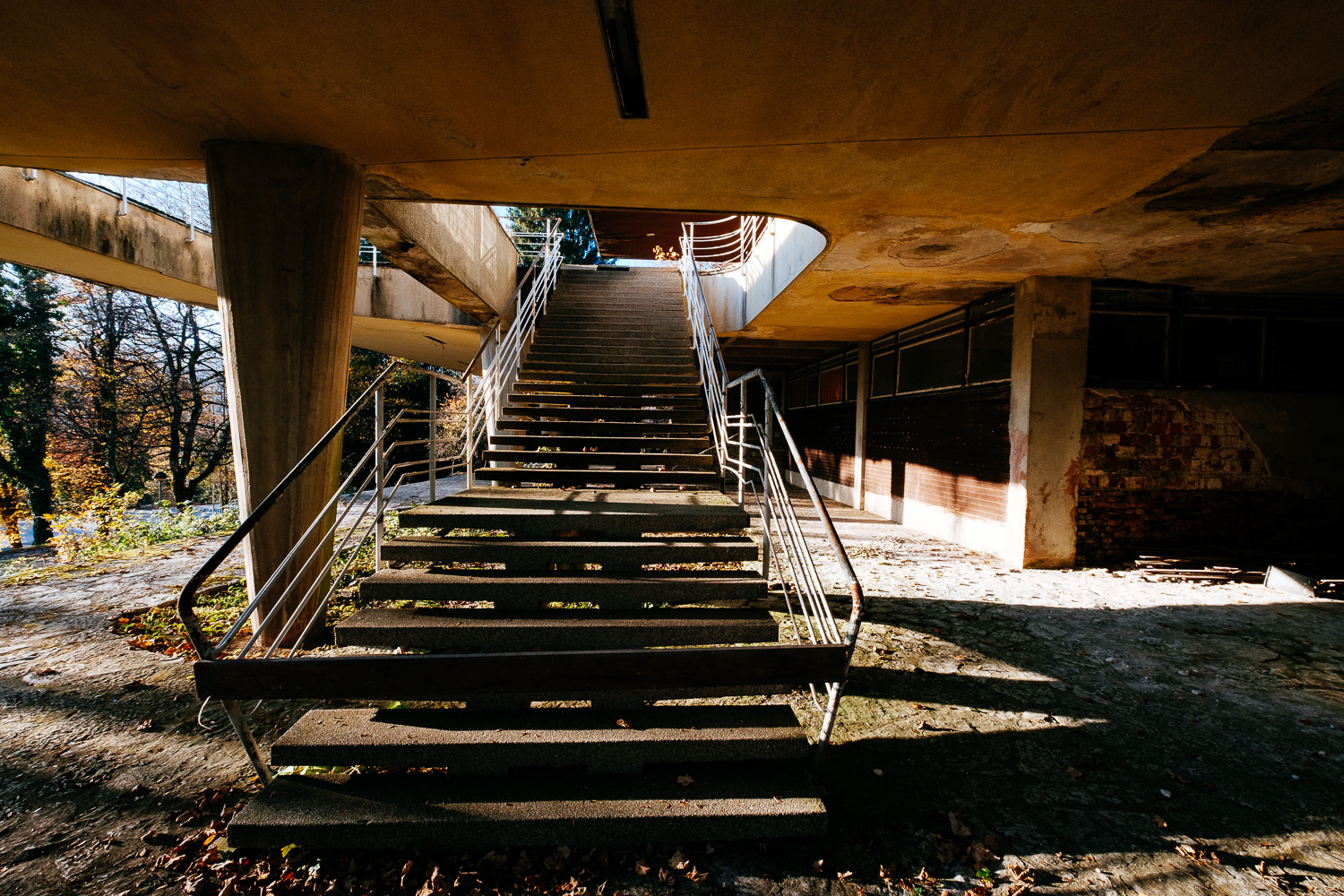 Some old images of an abandoned building. I took those in 2017 during a trip in Croatia uploaded them to my site and somehow forgot to post them.

Now here they are. All taken with the XF 10-24 OIS. The only lens I used to shoot on my walk through the Plitvice Lakes despite the fact that I had a back bag full of lenses with me. You can find these images here: Falling Water 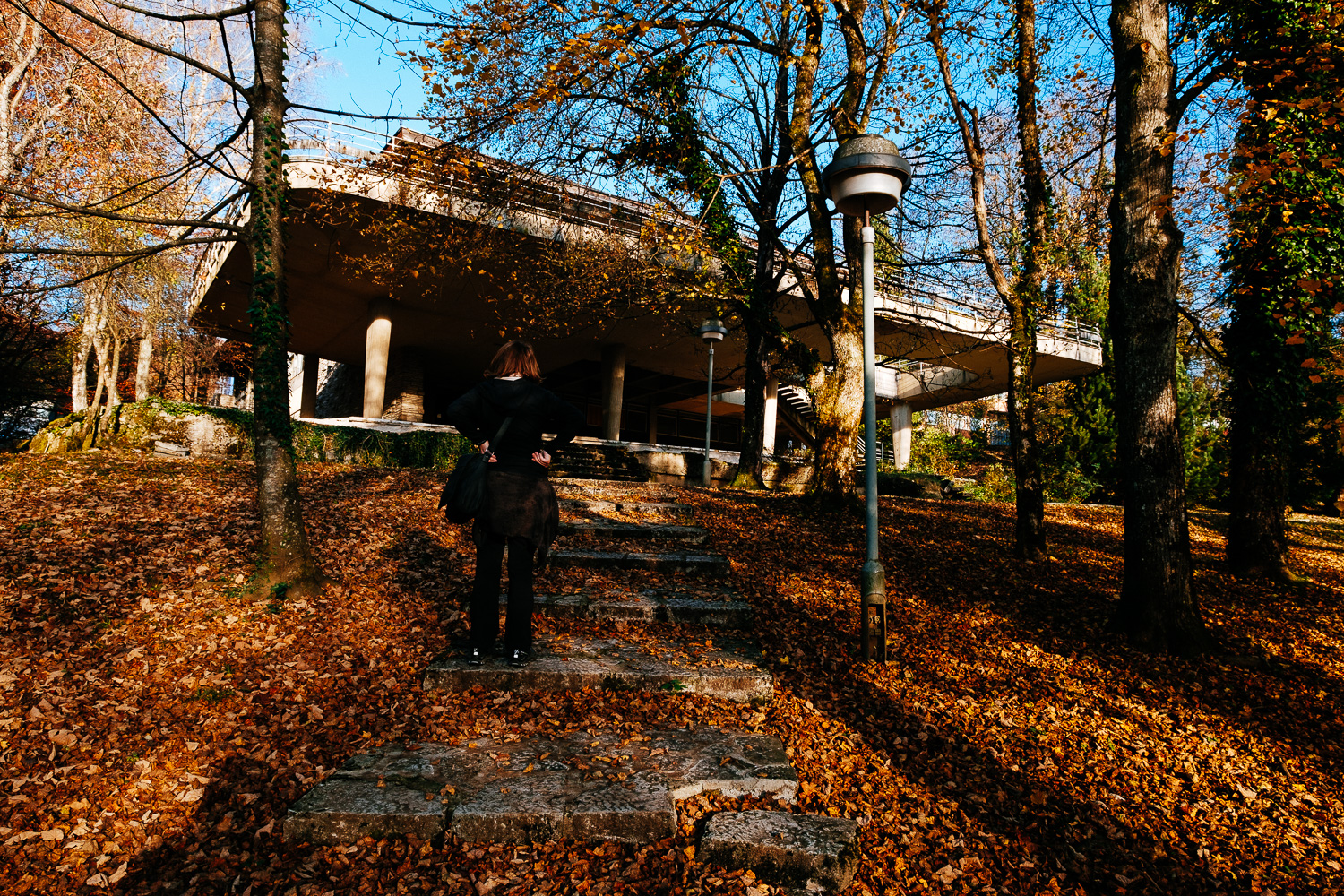 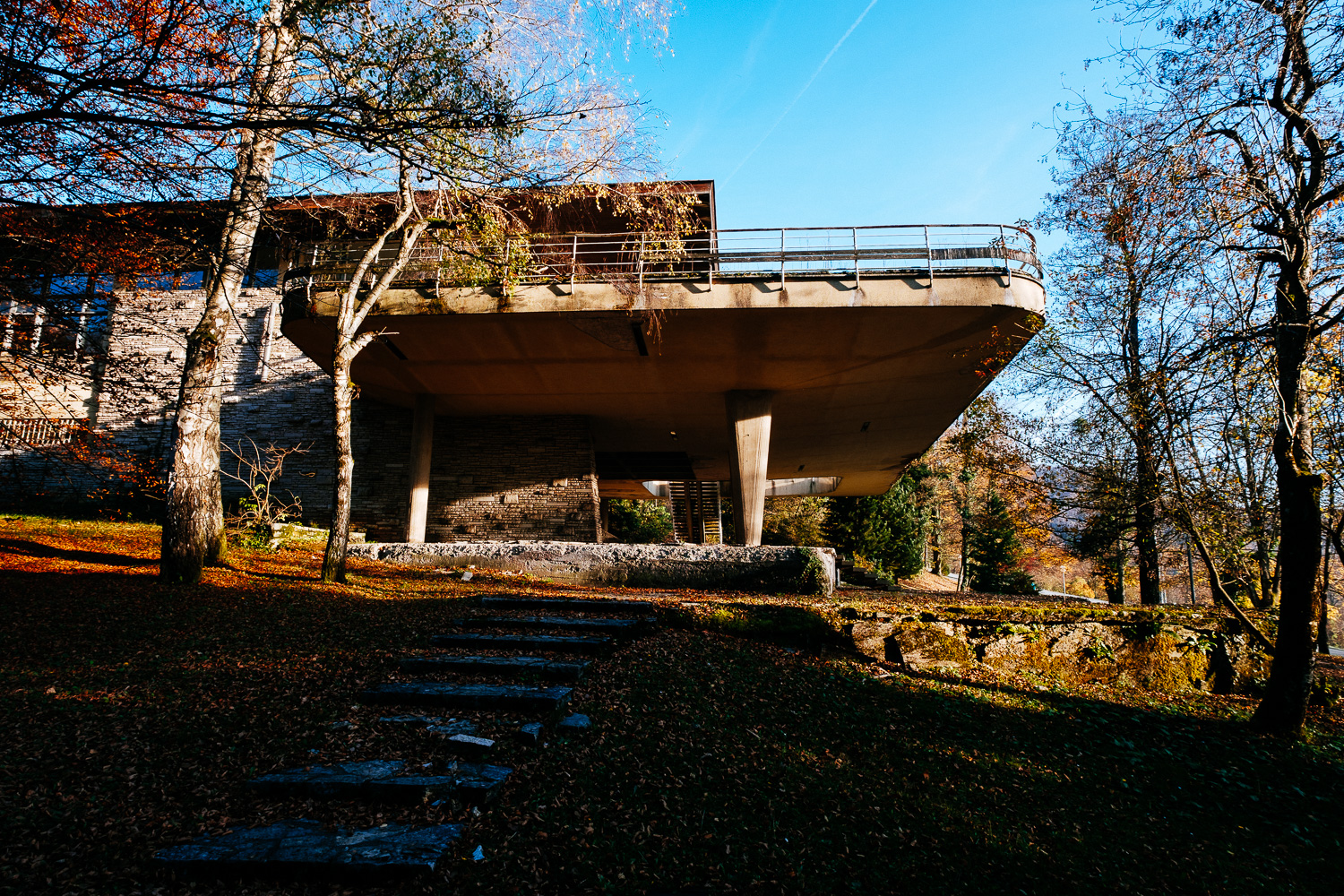 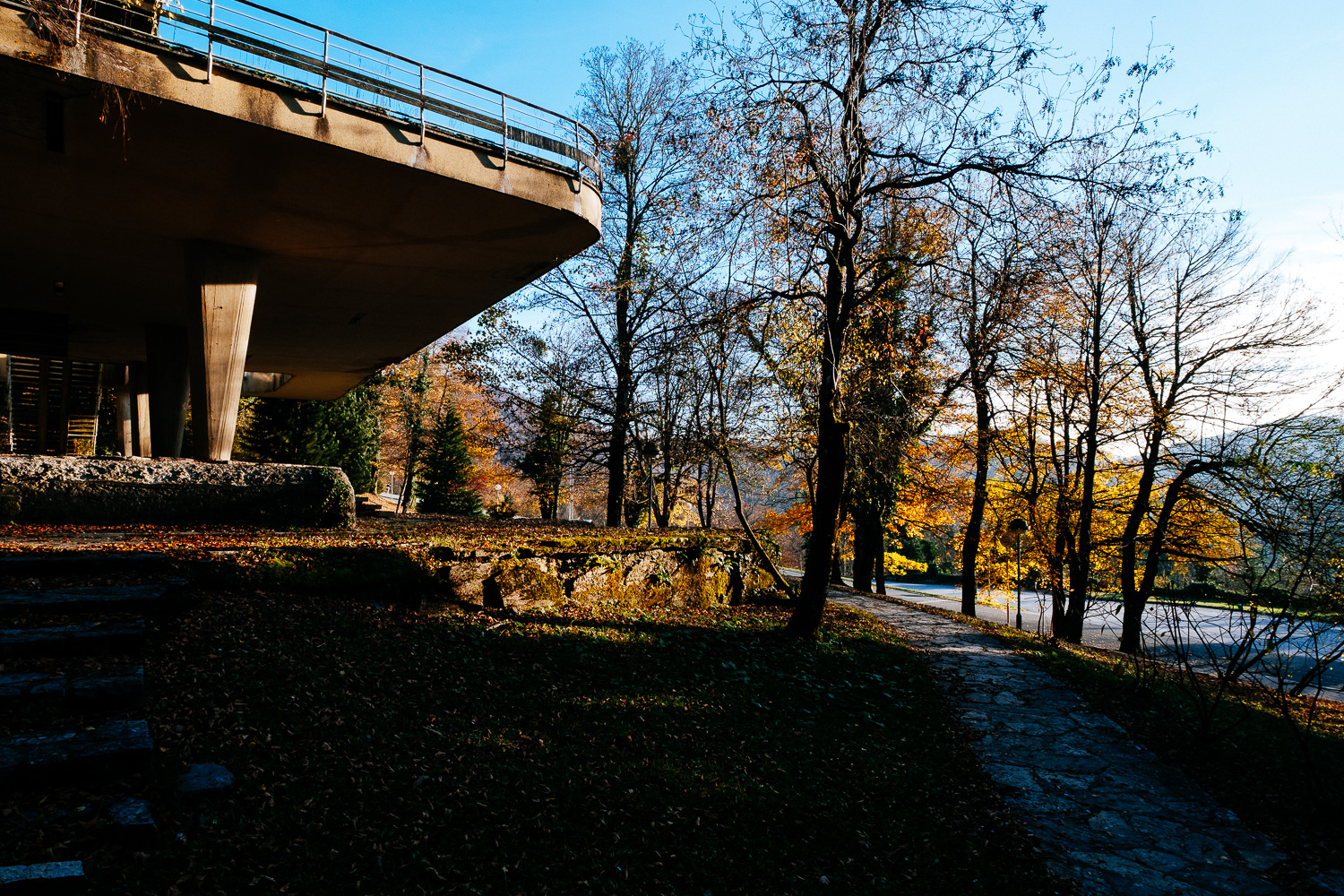 But back to this building. It’s a part of the Hotel Plitvice where we stayed for two nights. A beautiful hotel built in the 60s. It was a prestigious building back then: Beautiful designed,  modern and fresh and with all the things considered luxurious.

Today of course it is far from its glorious past. The rooms are small by todays standard and they look old fashioned if you stay on one of the original rooms. I don’t know if these old rooms are still available today. I think they started to renovate the hotel rooms step by step. The abandoned this building that once hold a big ball room and bar. You can only imagine how fancy it was to stay here in the 60s. The guests dressed in suits and beautiful dresses smoking cigarettes on the large balcony outside the ball room. Here is some images from an earlier trip that shows the dining room: Hotel Plitvice. 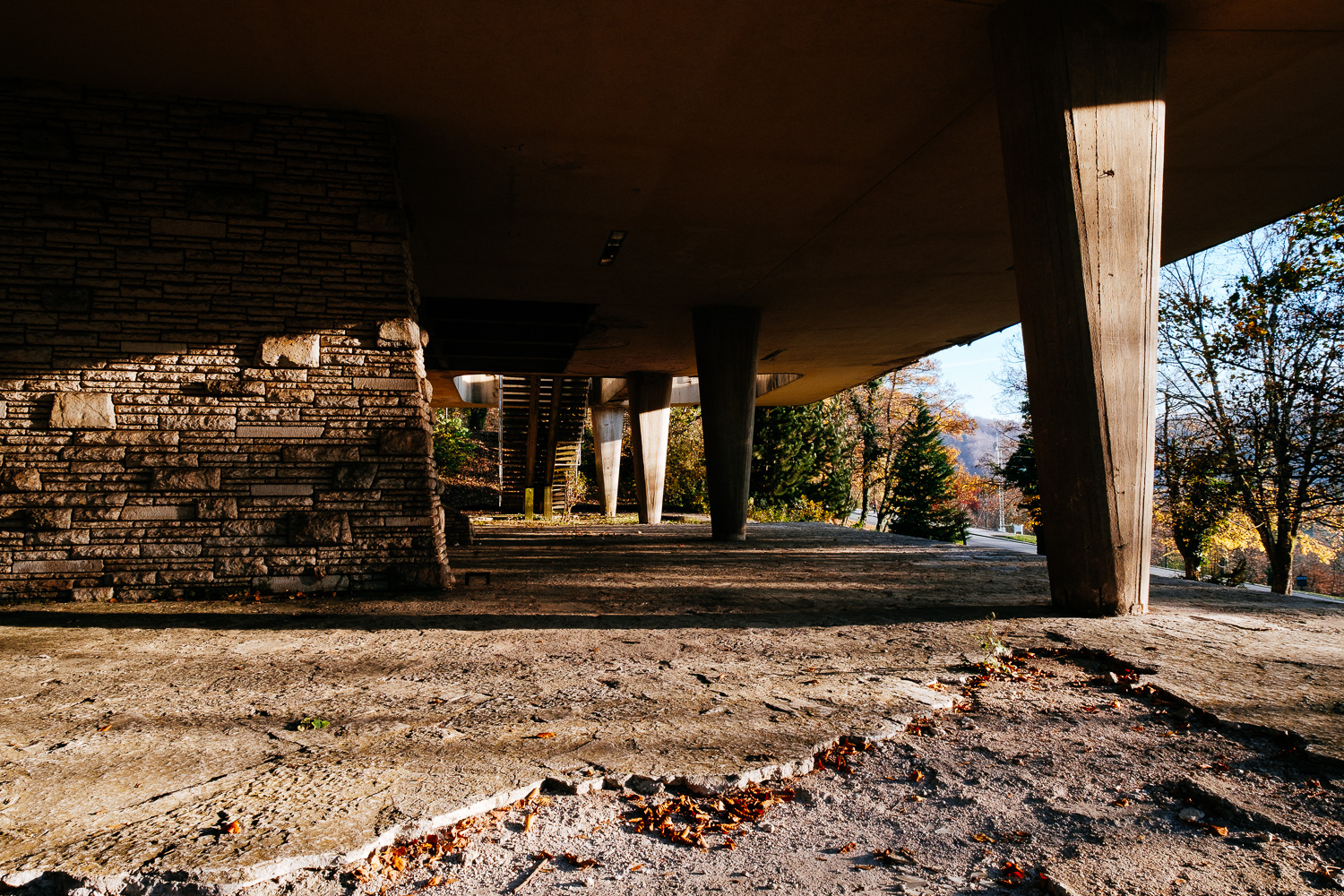 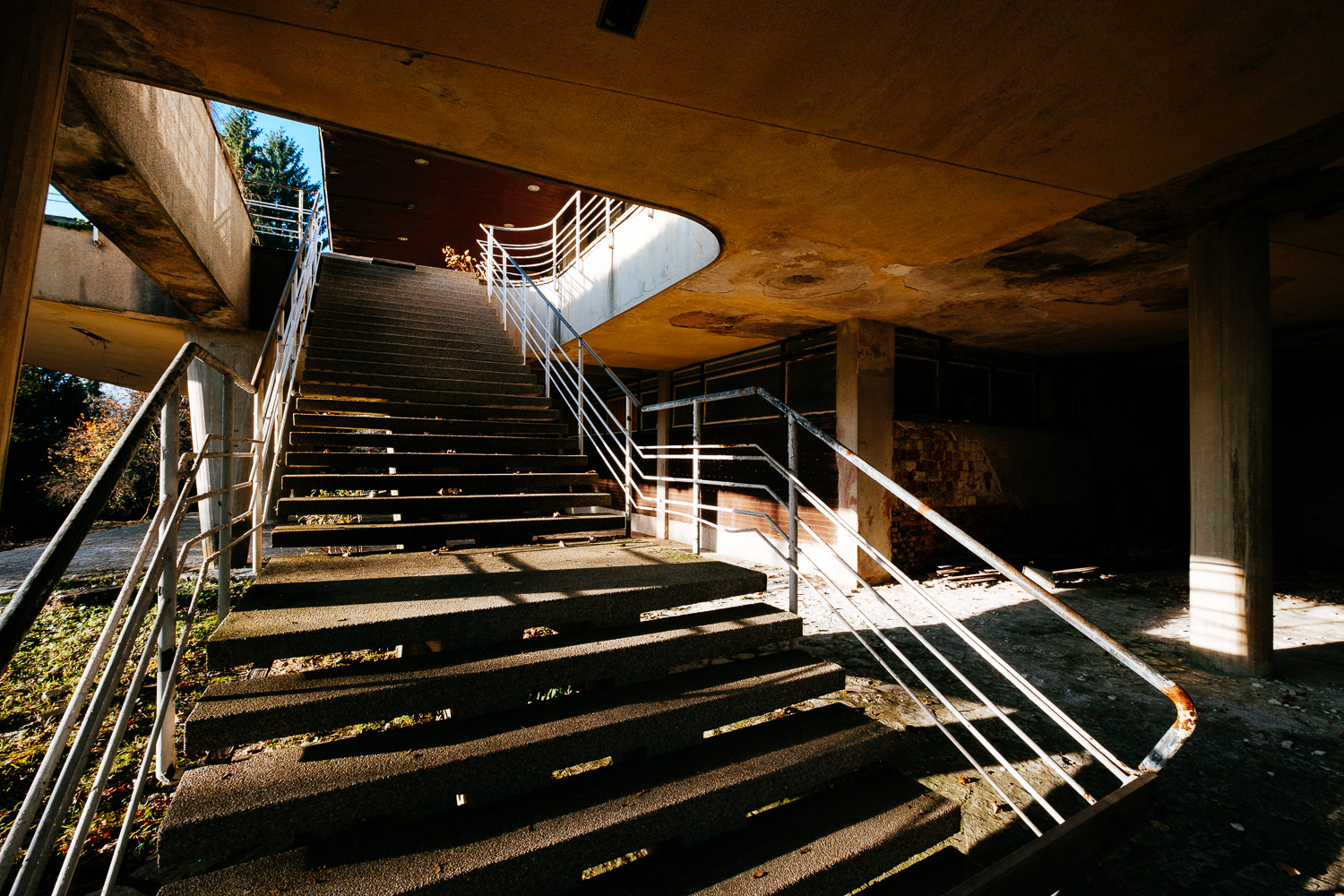 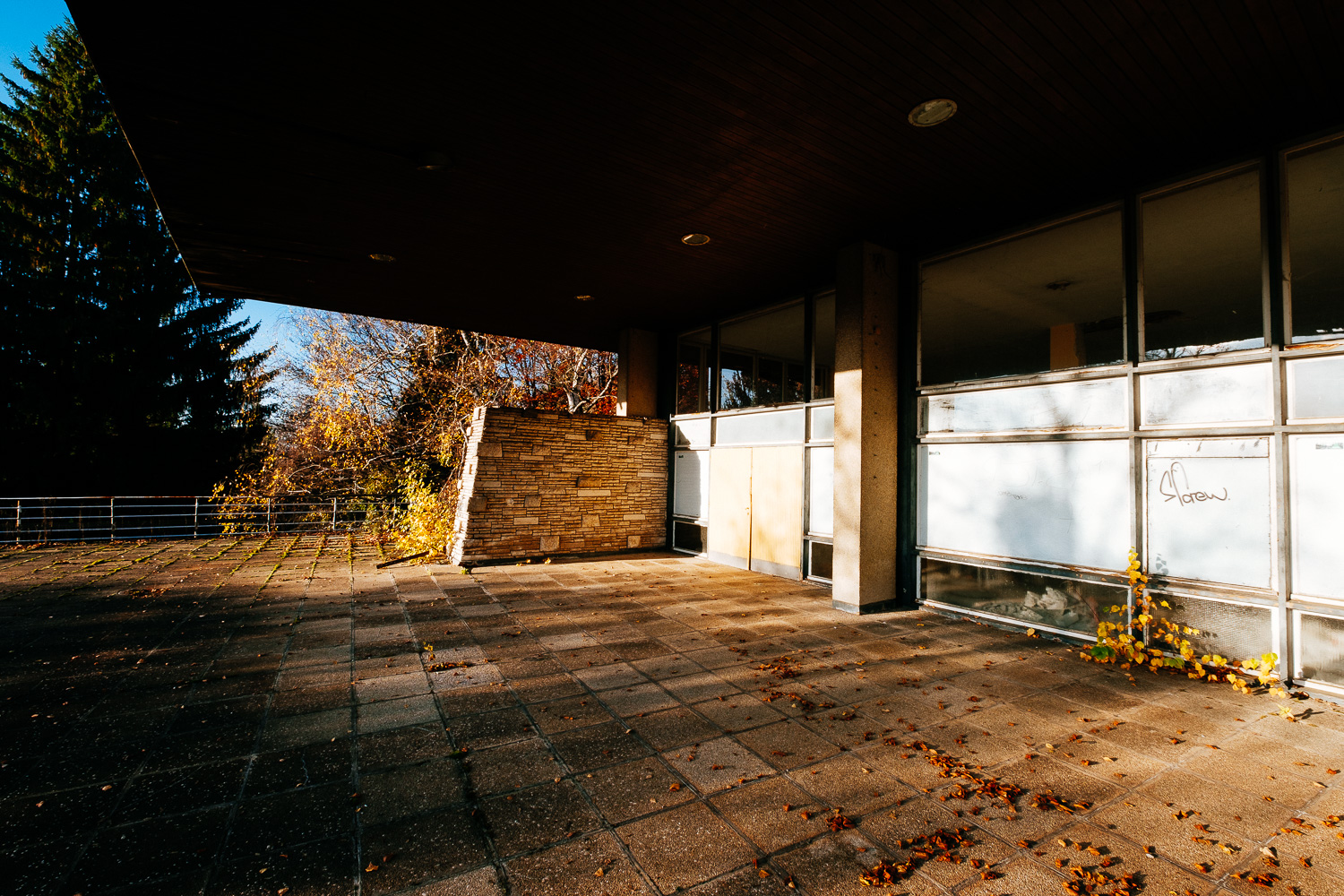 Maybe I should say something about the look of the images. It’s clear to see that I’m not an HDR person. I’m old fashioned. I loved Fuji’s Velvia and now I love the so called LR plugin from VSCO (not available anymore). It gives me those strong shadows and bold dolors of the Velvia slide film.

The X-Pro2 has a great dynamic range. Far better than the Canon 6D that I used to shoot and that was a full frame camera. It’s slightly below the Sony full frame sensors though but for me it’s almost meaningless. I prefer to shoot in good light when contrast is low and go for a more contrasty look anyway. It’s still a good thing to have. One word to the lens: The XF 10-24 OIS is just great. For best results you should stop it down 2-3 stops but then it is amazing.

Back to the hotel: This abandoned part is still fully accessible from the outside even though heavy concrete blocks seem to fall down now and then. It’s just a question of time that they will either tear it down completely or restrict access. I don’t think it will be renovated because some parts are destroyed beyond repair and there is no need for big ball rooms anymore. Like the “Grand Budapest Hotel” from my previous post this is a building from a different era. 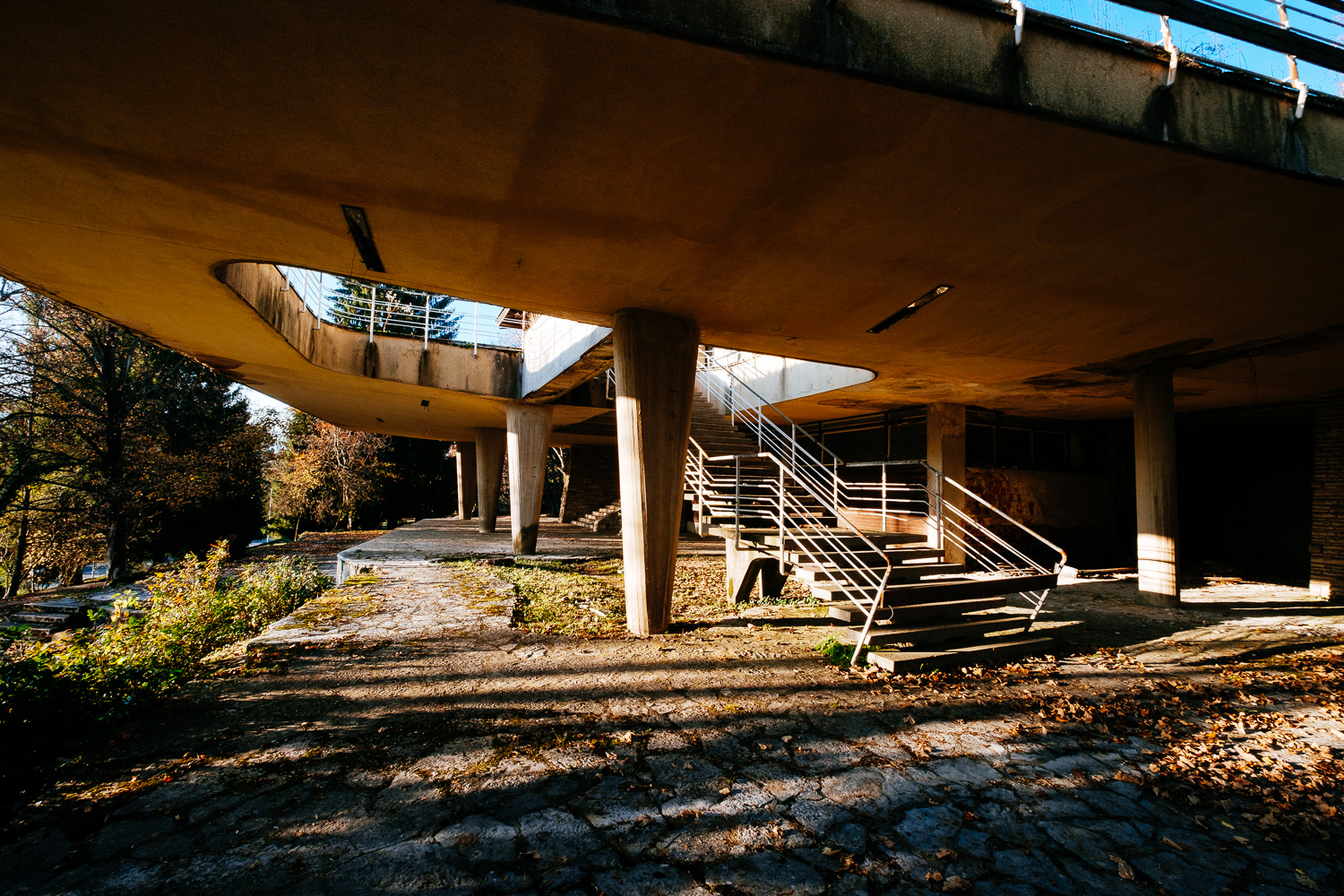