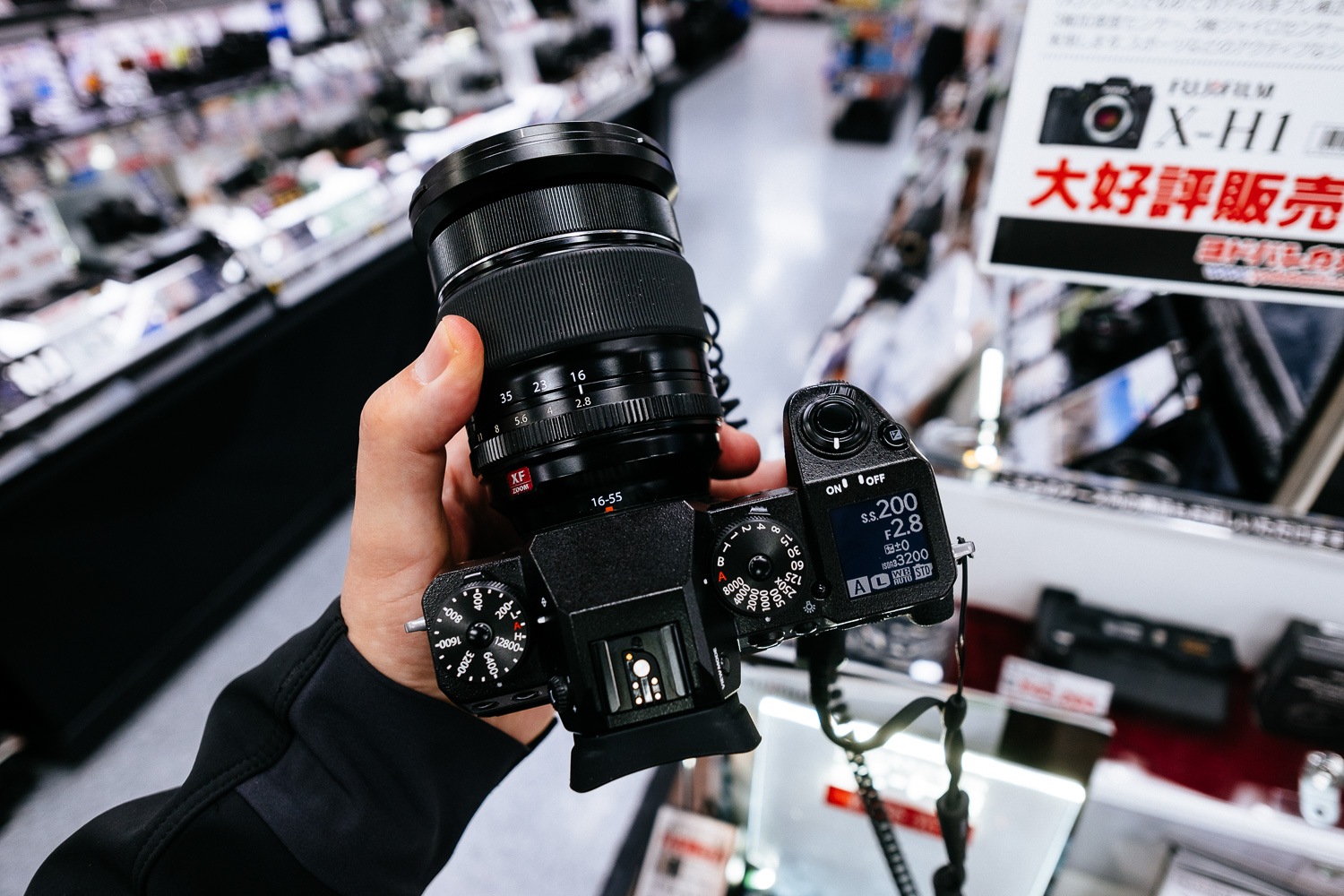 Yes I know the title may seem a little stupid but I’m still proud of it. And I’m Austrian so I may do that.

In case the intro was not clear enough. I always like to refer to music or movies in my blog post titles and this one came naturally. Silent Night is by far the most beautiful Christmas song and one that is recognised all over the world.

And there is another reference to Christmas. Today it’s the start of spring and that’s a national holiday in Japan. Even though I saw some cherry blossoms on my train ride yesterday it is cold and when I looked out of the hotel window earlier today I saw a mix of snowfall and rain. Meanwhile I’m at the airport. It’s still grey and rainy but I’m happy. My plane is already here and it’s a Boeing 747-8. The most beautiful plane and we are exactly the same age. Not this particular plane of course.

Old but not obsolete! 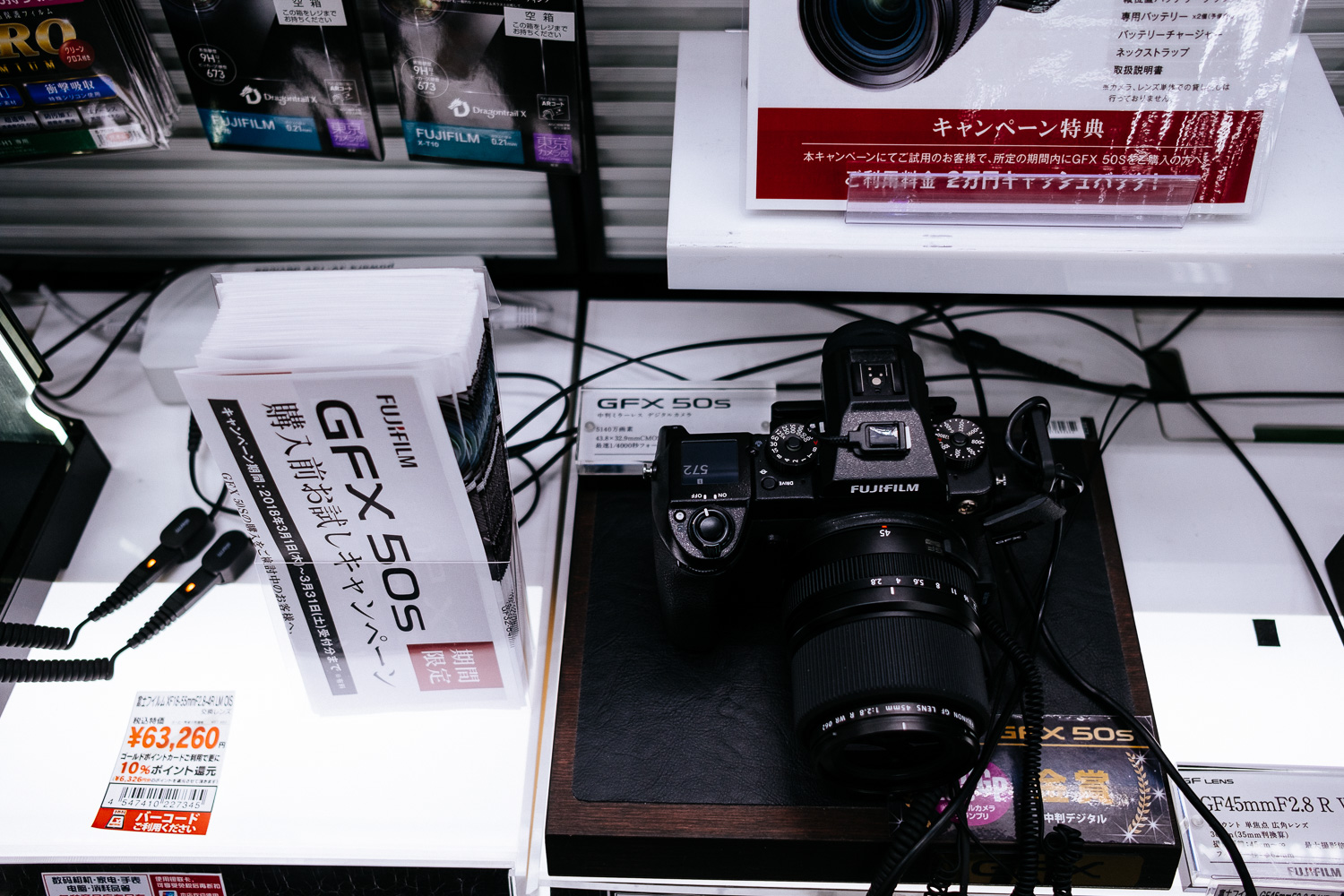 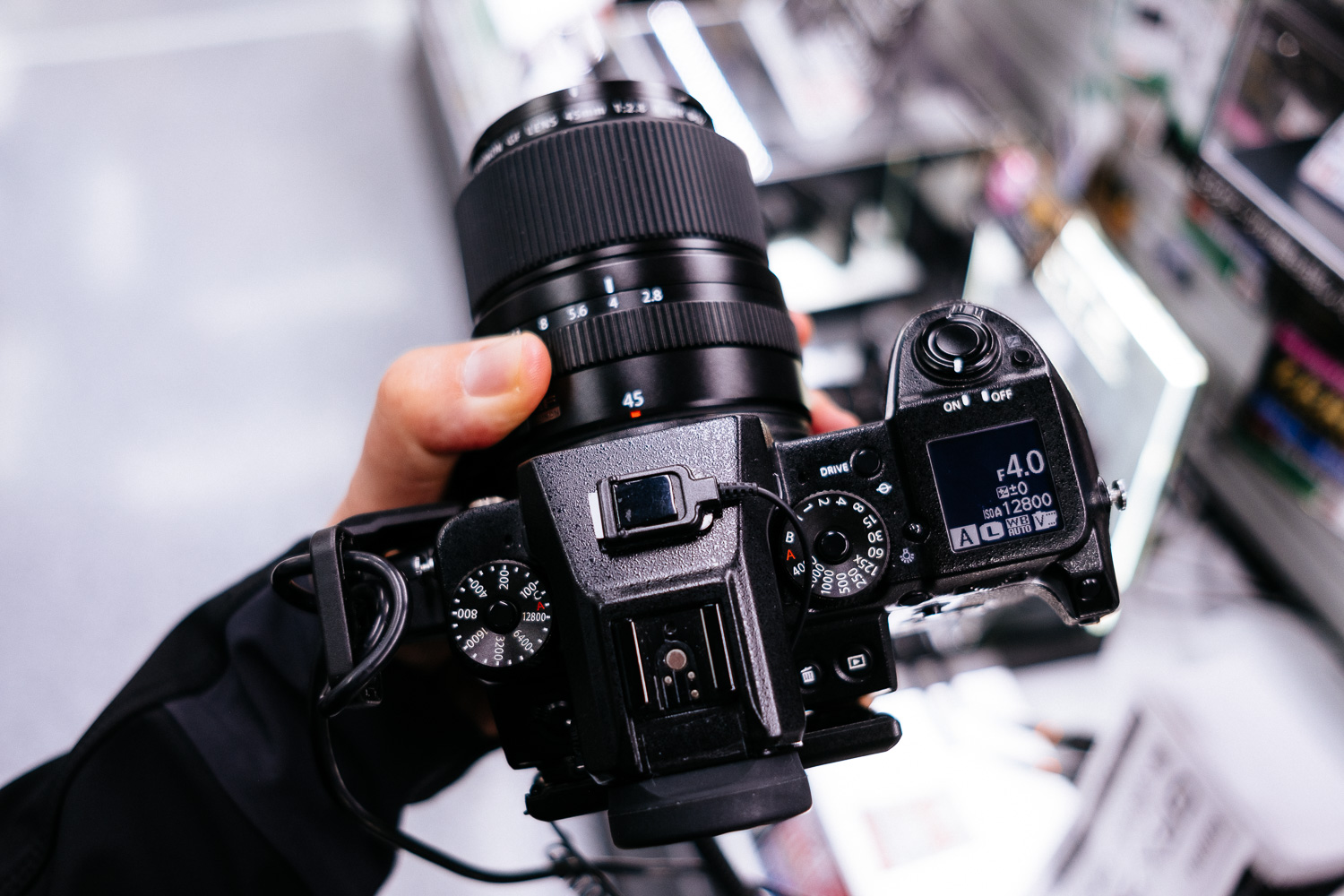 OK that was quite a lot of words that were not camera related at all. Now let’s talk about the camera. The Fuji XH-1. No I haven’t bought it yet. I just played with it at the Yodobashi camera store in Tokyo and here are my thoughts:

And now a little bit more detailed. But before I come to that, yes I know the two pictures above show the GFX-50S. I took those pictures to show where the design of the XH-1 comes from.

It’s heavy and there is no way to deny that. It feels heavy for it’s size and it’s heavy even if a small and light lens like the XF 35/1.4 is attached. I was used to shoot with the X Pro-1 and I was not so happy with the increased weight of the X Pro-2 but this is a different thing altogether. On the plus side the heavier lenses feel more balanced now. Talking about balance. The camera is still on the short side (I’m talking about height) and because of that it’s hard to hold without supporting the lens.

Even with a light lens one hand shooting is not an option for me. I must add that I have rather large hands. For me it’s almost like one of those tea kettles where the grip extends a lot to the side. They are quite hard to lift. This camera works best with the booster grip attached but than you are truly close to a DSLR. 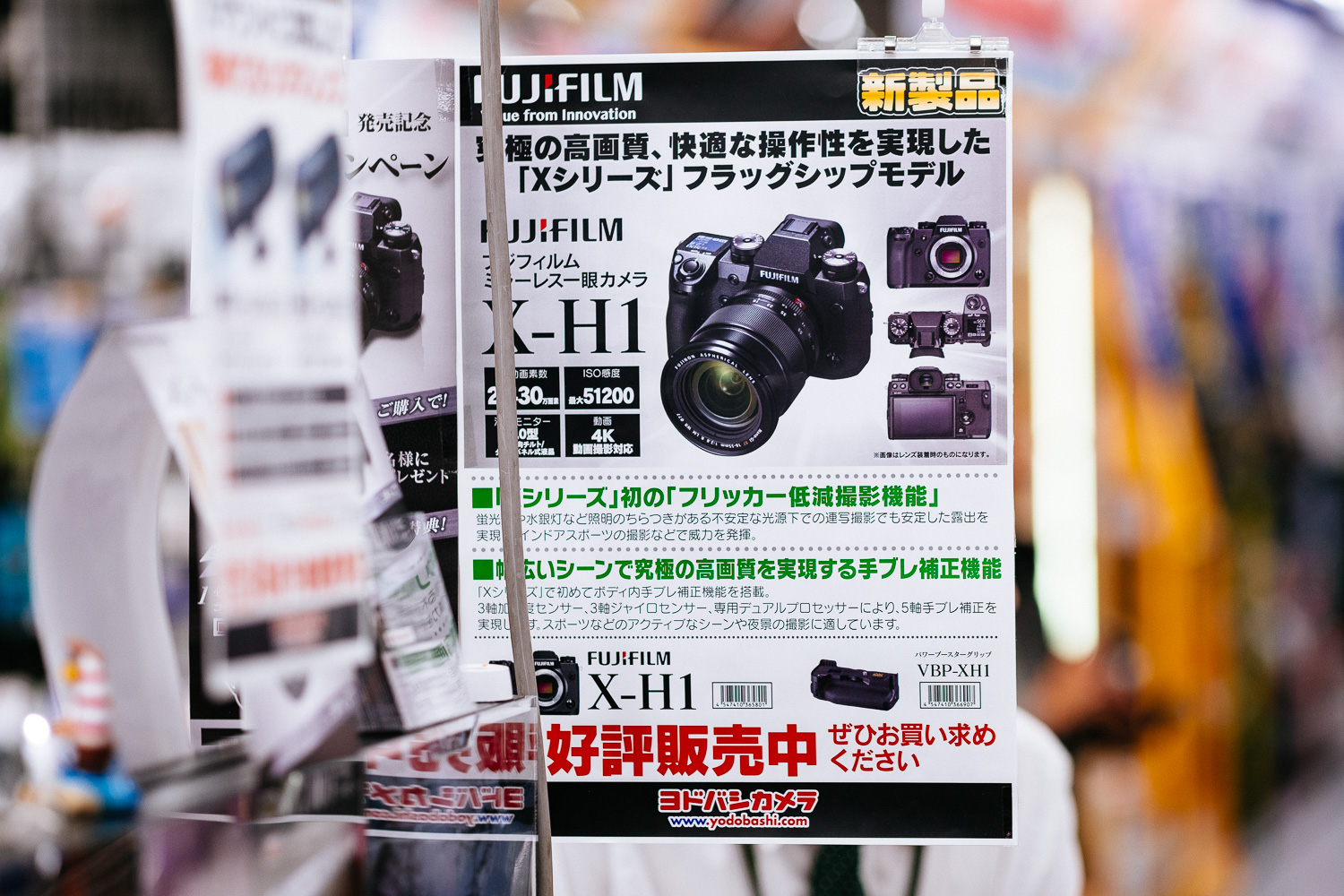 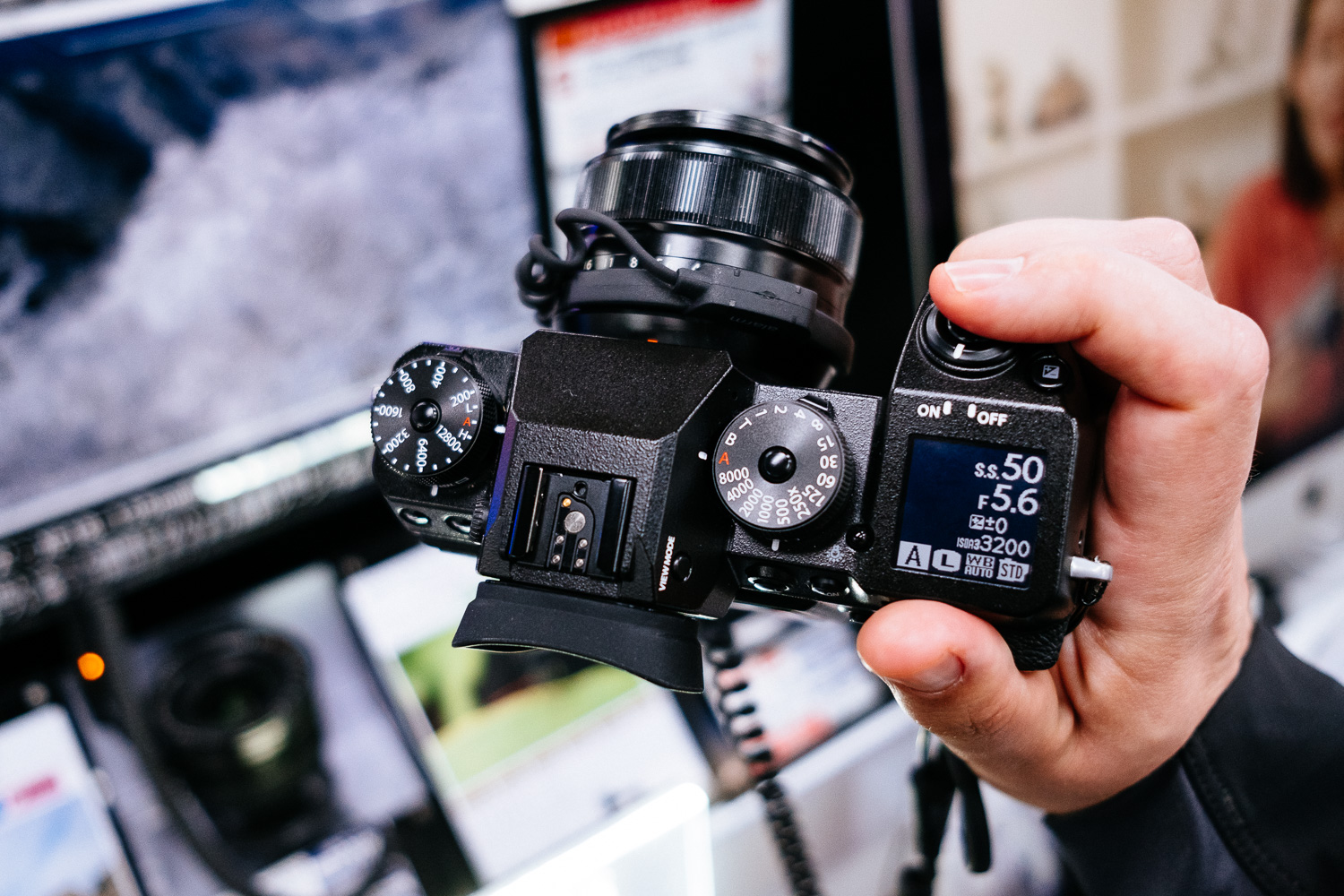 The top display looks super nice. I liked it on the GFX-50S and I like it here. It’s beautifully executed. I just love to look at it. It’s so beautiful that it’s easy to ignore the fact that it provides no additional information at all. Shutter speed, aperture and ISO is exactly what I need to know and it is exactly what I see on my X Pro-2. And I even see this information when the camera is turned off. So while it’s beautiful it’s rather useless. And of course the exposure dial compensation which I use a lot is gone. In short: nice to look but comes at a price and usefulness is at least questionable for photographers.

So it’s heavy, it has a rather pointless display and it has no exposure compensation dial but I have to have it and here is why:

This camera has the most amazing shutter of all cameras I have ever used. If you like a mechanical shutter sound you have to look elsewhere because this camera is practically silent. It’s so silent that I don’t see the point of the electronic shutter anymore except for ultrashort shutter speeds. At first I didn’t even recognise that the shutter fired. I admit that Yodobashi camera is a noisy place but that thing is really quiet. You could shoot it in a library and nobody would recognise it. A street shooters dream. It’s almost as quiet as the X100 cameras but those have a leaf shutter.

And than there is the shutter button. This is the most sensitive shutter button in the world and I think it’s a good thing. You could shoot this at very long shutter speeds without the fear to introduce motion blur because this shutter button has almost no travel. But wait, there is no need to be afraid of body shake because it also has IBIS (in body image stabilisation). And this is the second reason why I want this camera. I mainly shoot primes and now all my primes are image stabilised!

Now I hope I can get over the weight or that Fuji brings out an X Pro-3 with that shutter, shutter button and IBIS before my next vacation.

Time to get on that beautiful airplane. 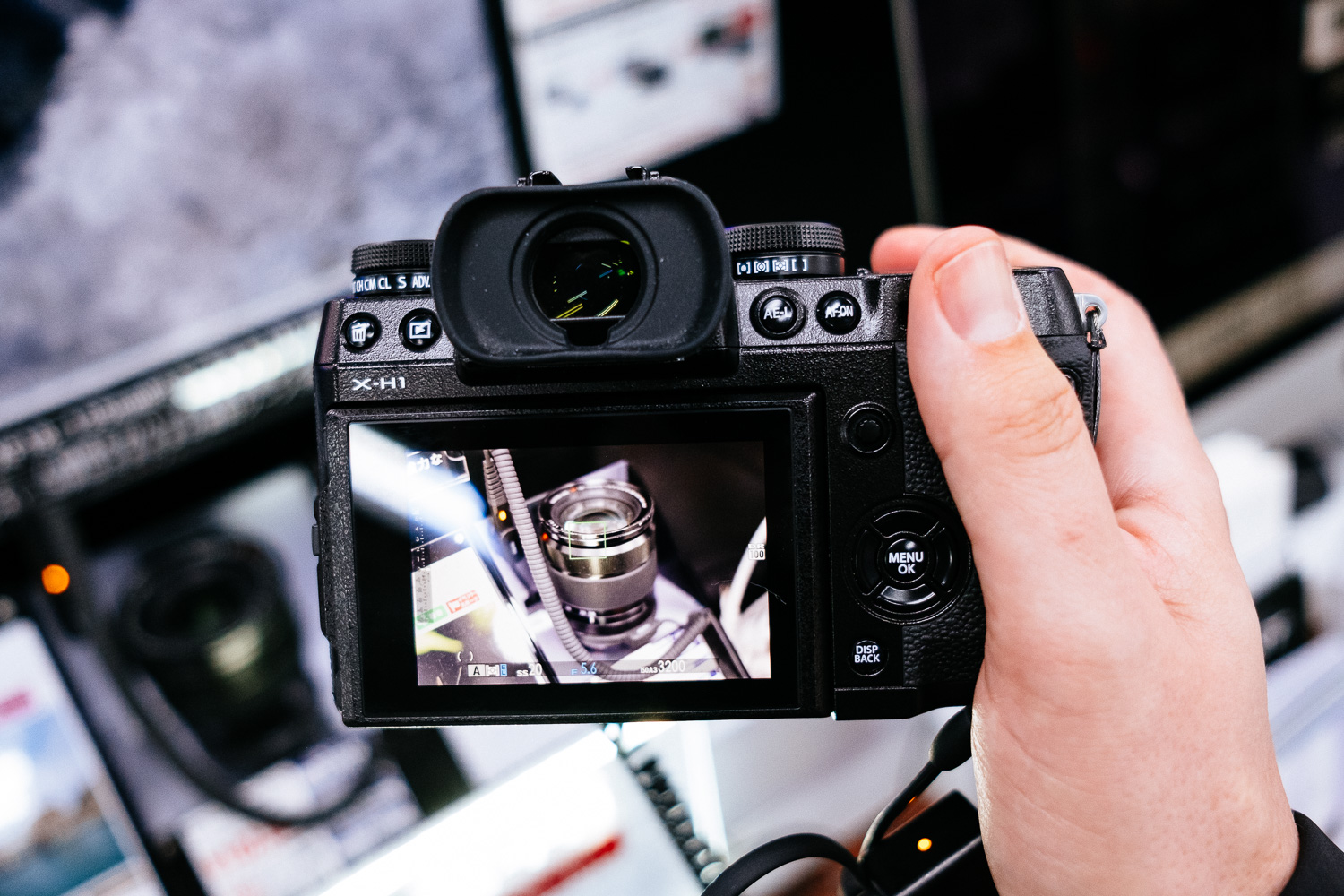