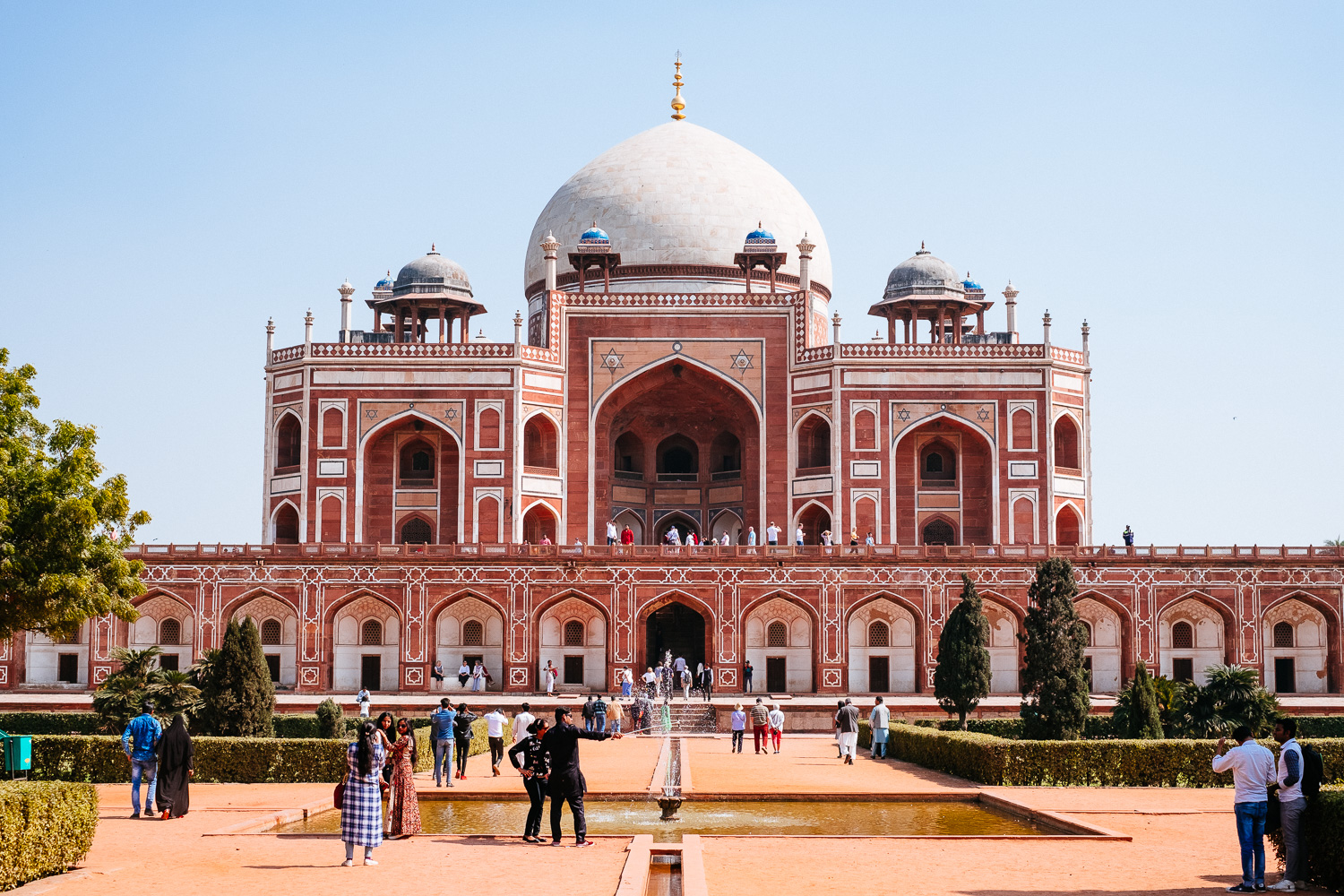 It’s not that I haven’t been here before. I was in New Delhi many times but I still managed to put two premieres into this visit.

I already visited Humayun’s Tomb and the Red Fort but this time I also had the chance to saw Qutb Minar and Jama Masjid. Qutb Minar is an approximately 700 yers old 72 meters high tower, Jama Masjid is the biggest mosque in India.

But before we get there some pictures from Humayun’s Tomb or the Red Taj Mahal just in case your driver asks you where to go and you have forgotten the name. And it’s easy to see why especially when you walk through the entry gate. 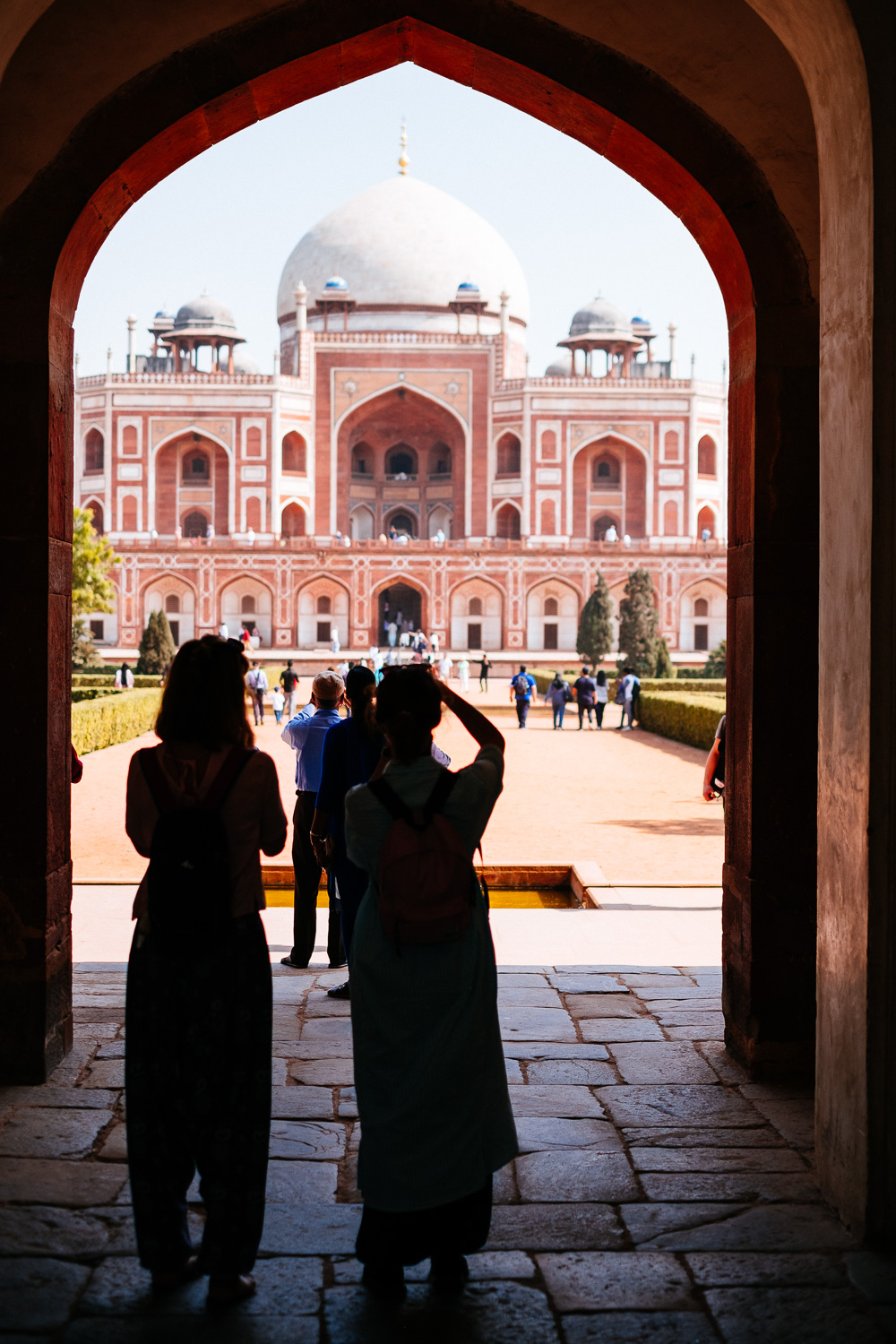 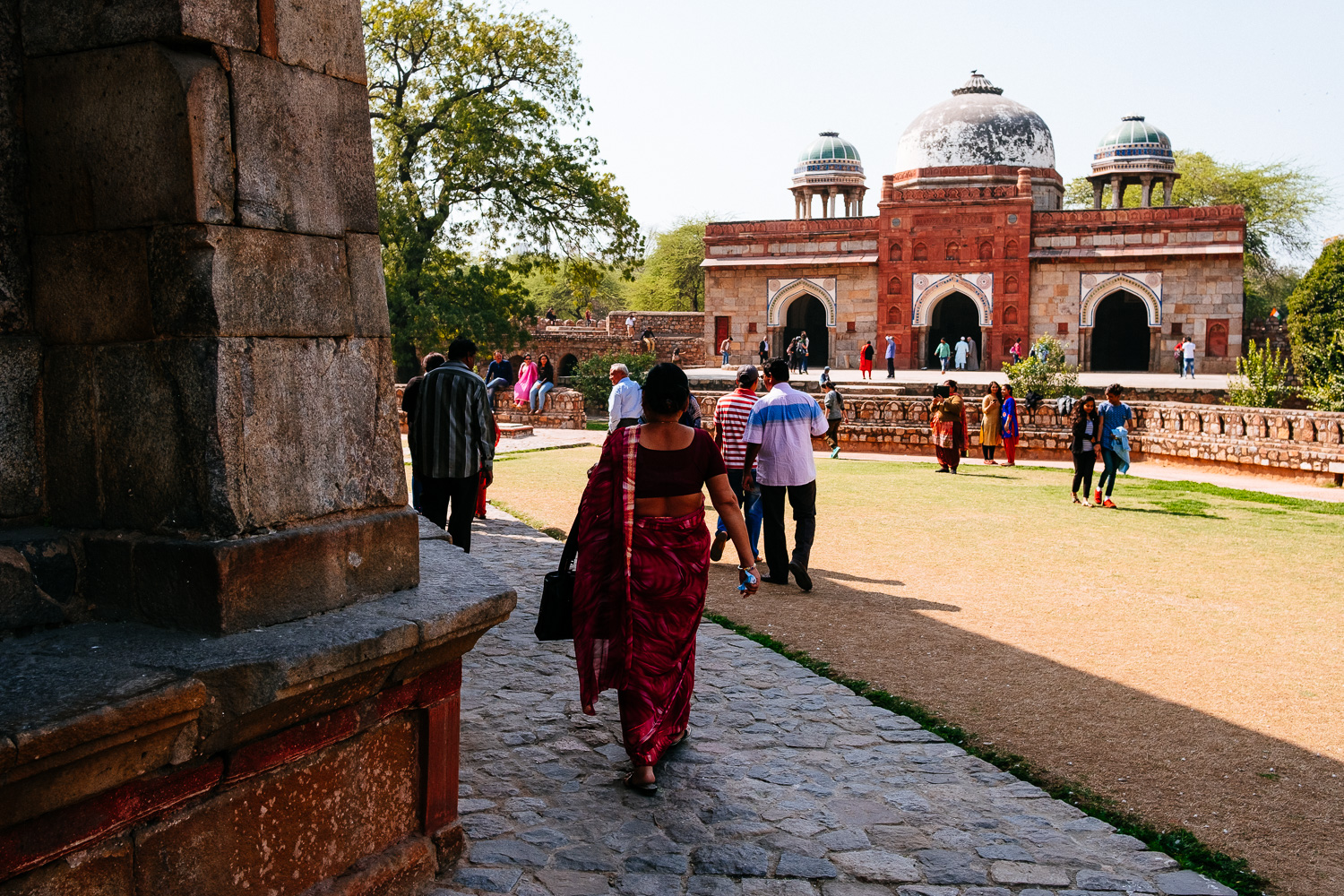 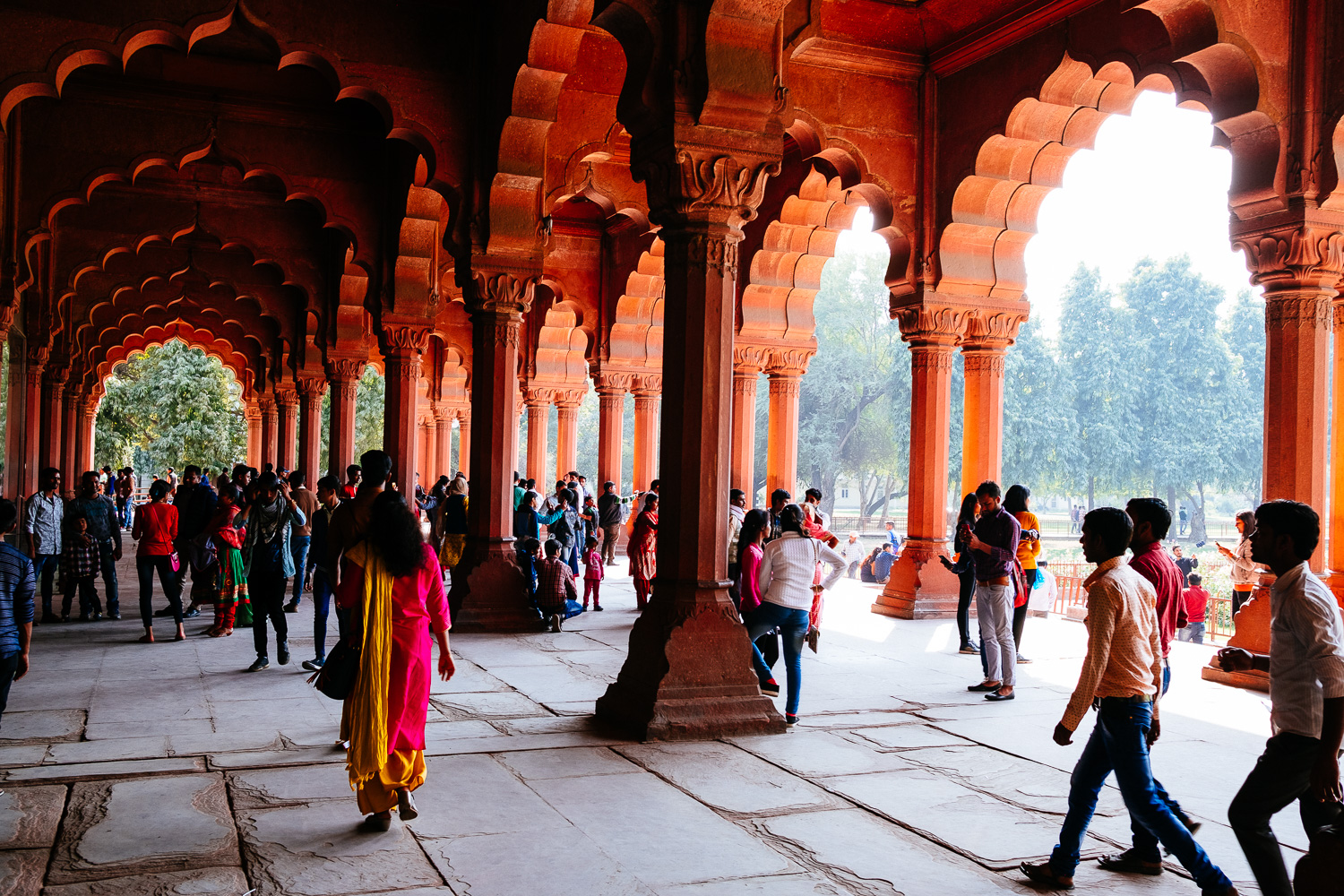 Later a short visit to the Red Fort on a very busy Sunday afternoon. Beside the thousands of local visitors there was also a high amount of tourists.

End of February is maybe the best time of the year to visit the North of India. The poor air quality of winter is gone and the weather is still pleasant. Cool mornings and around 30 degrees Celsius or below during the day. Come here two months later and you have to face 45 degrees Celsius combined with very high humidity. Not the best conditions for sightseeing. 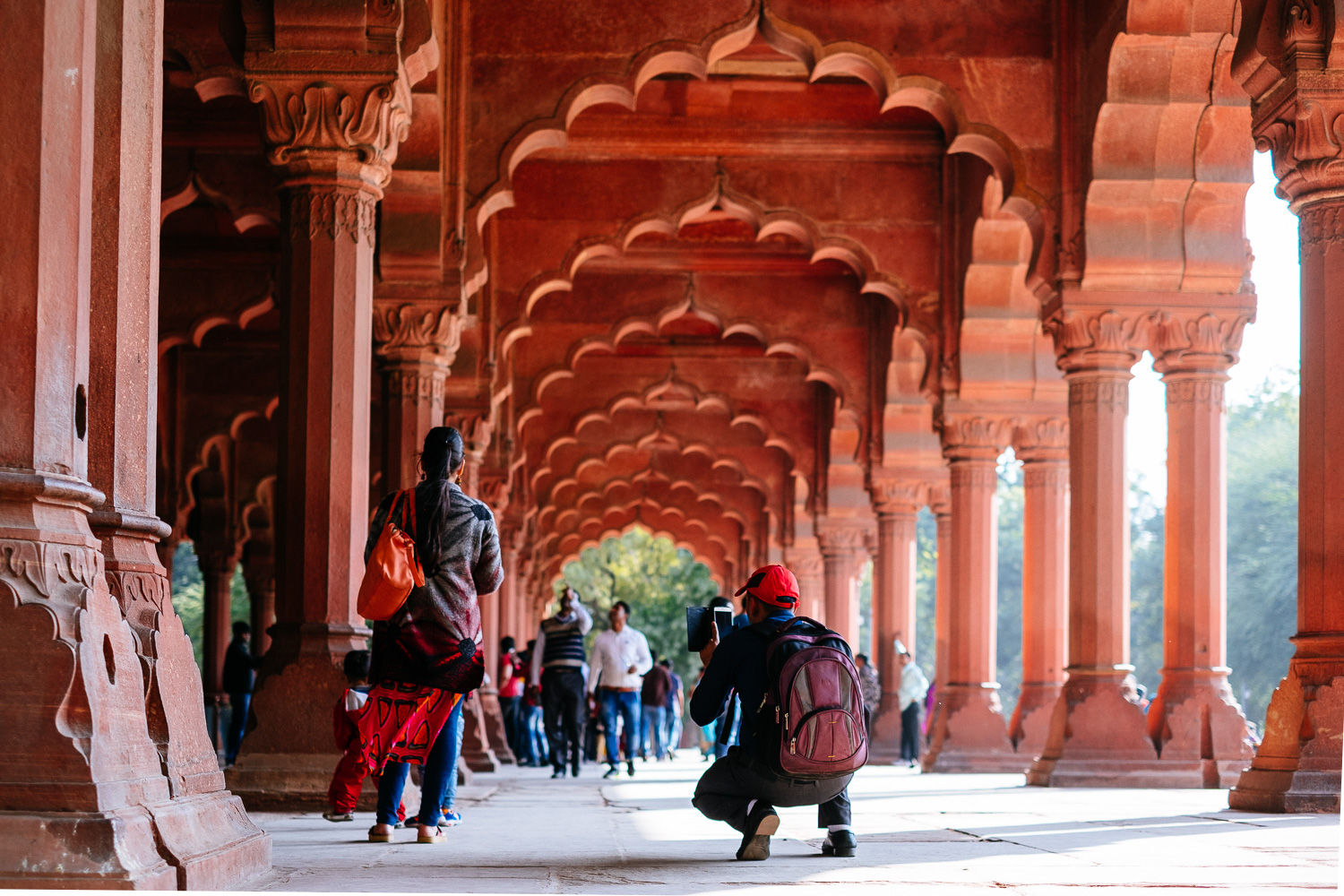 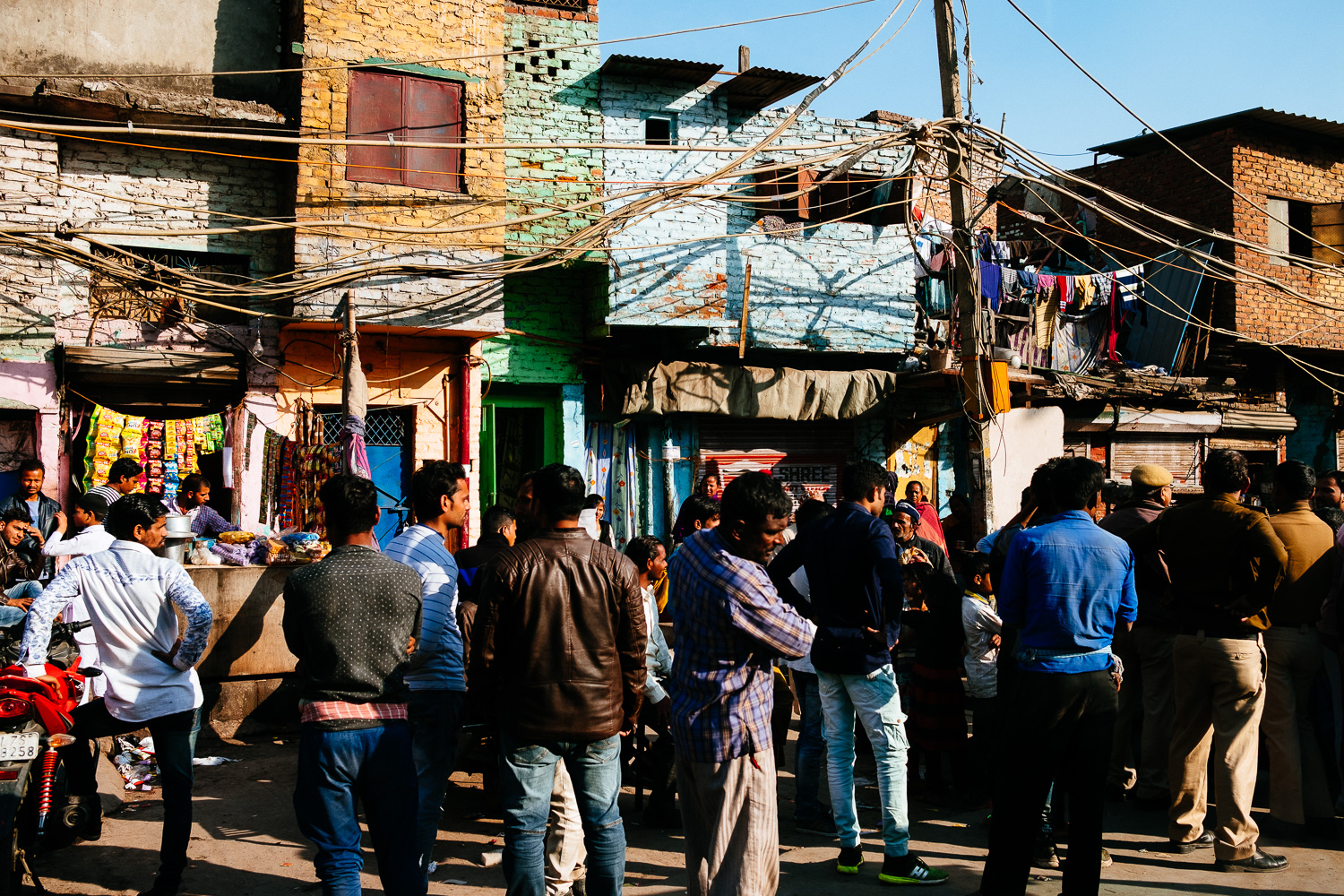 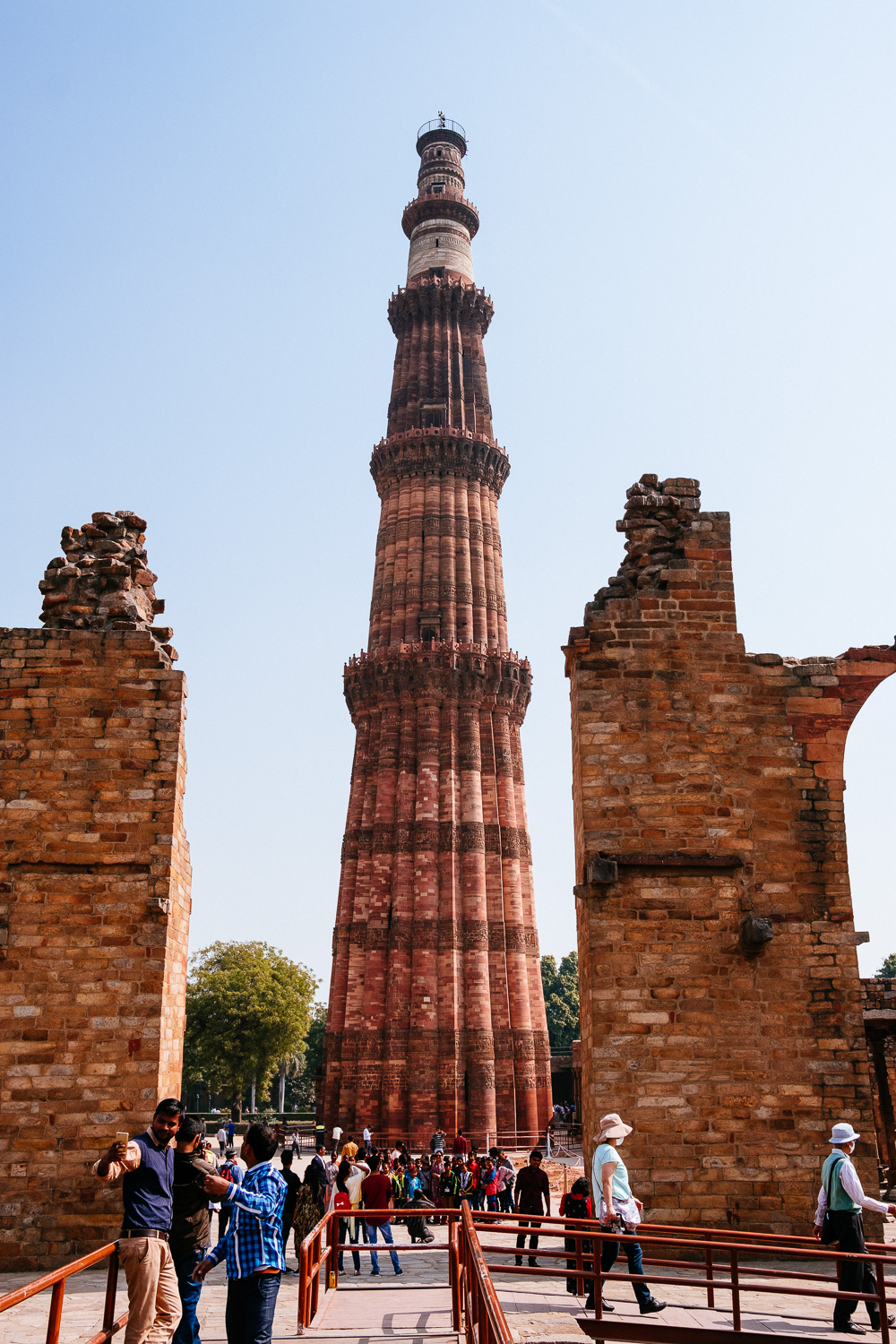 The reason why I had the chance to finally visit Qutb Minar is simple. It’s India. Appointments might change last second and you have to be flexible. Because of that we had some time to kill before lunch. Sightseeing again this time in grey suits but as mentioned before the weather was very nice.

I’m grateful for the delayed appointment because otherwise I would have missed this amazing sight. It’s not only about the tower, to walk through those ancient remains is something truly special. It’s strange that I have never been here before but this is a must see in New Delhi. 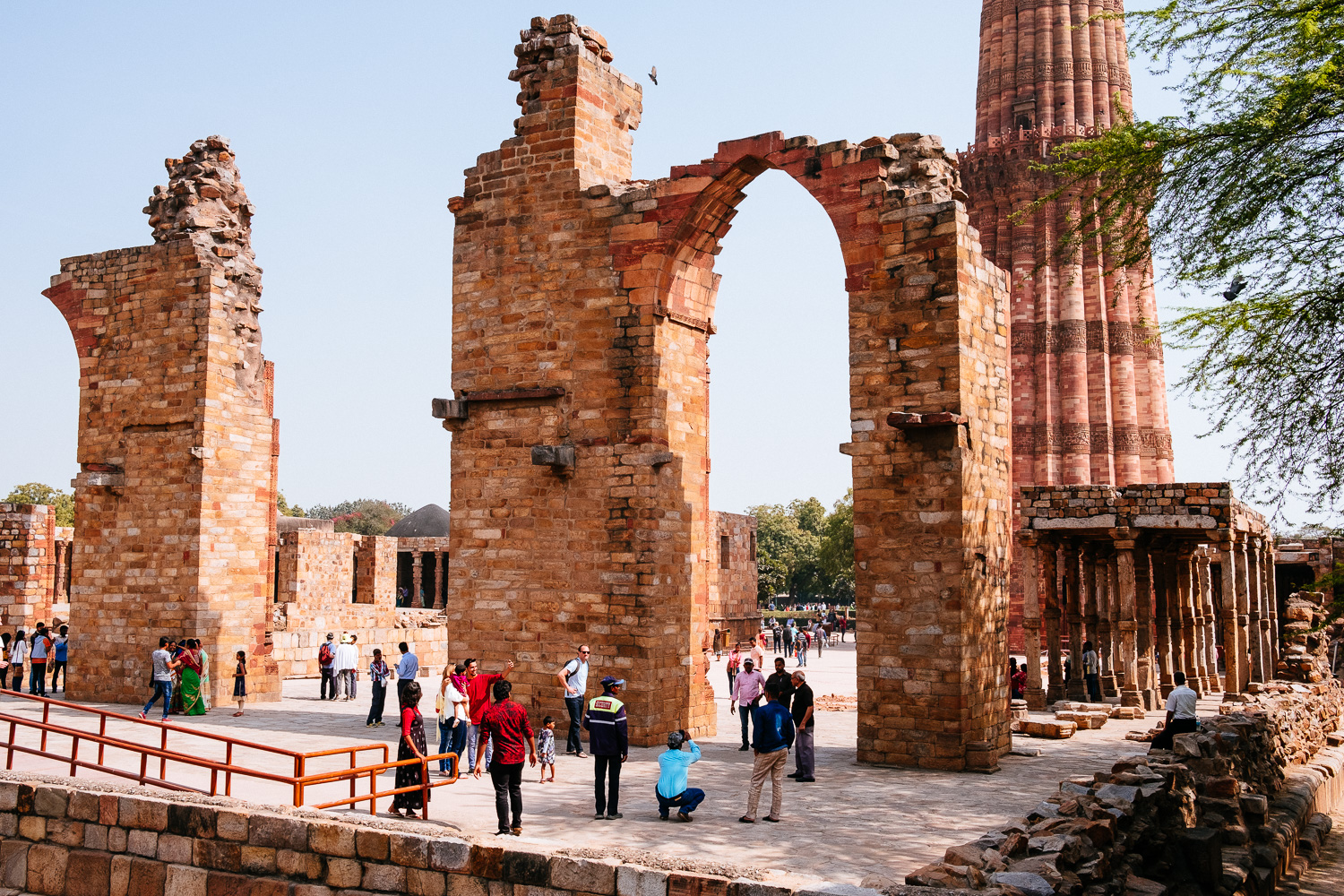 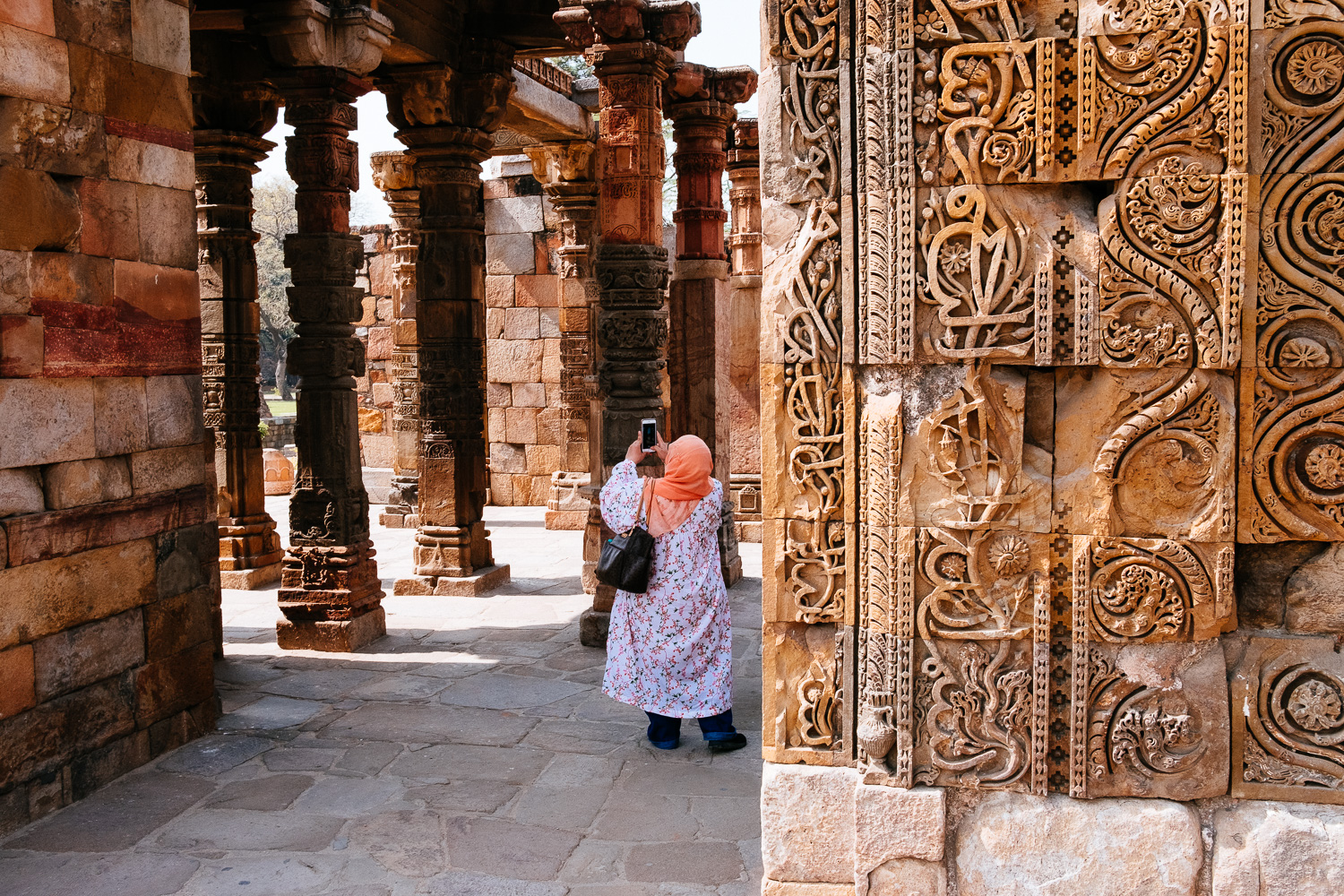 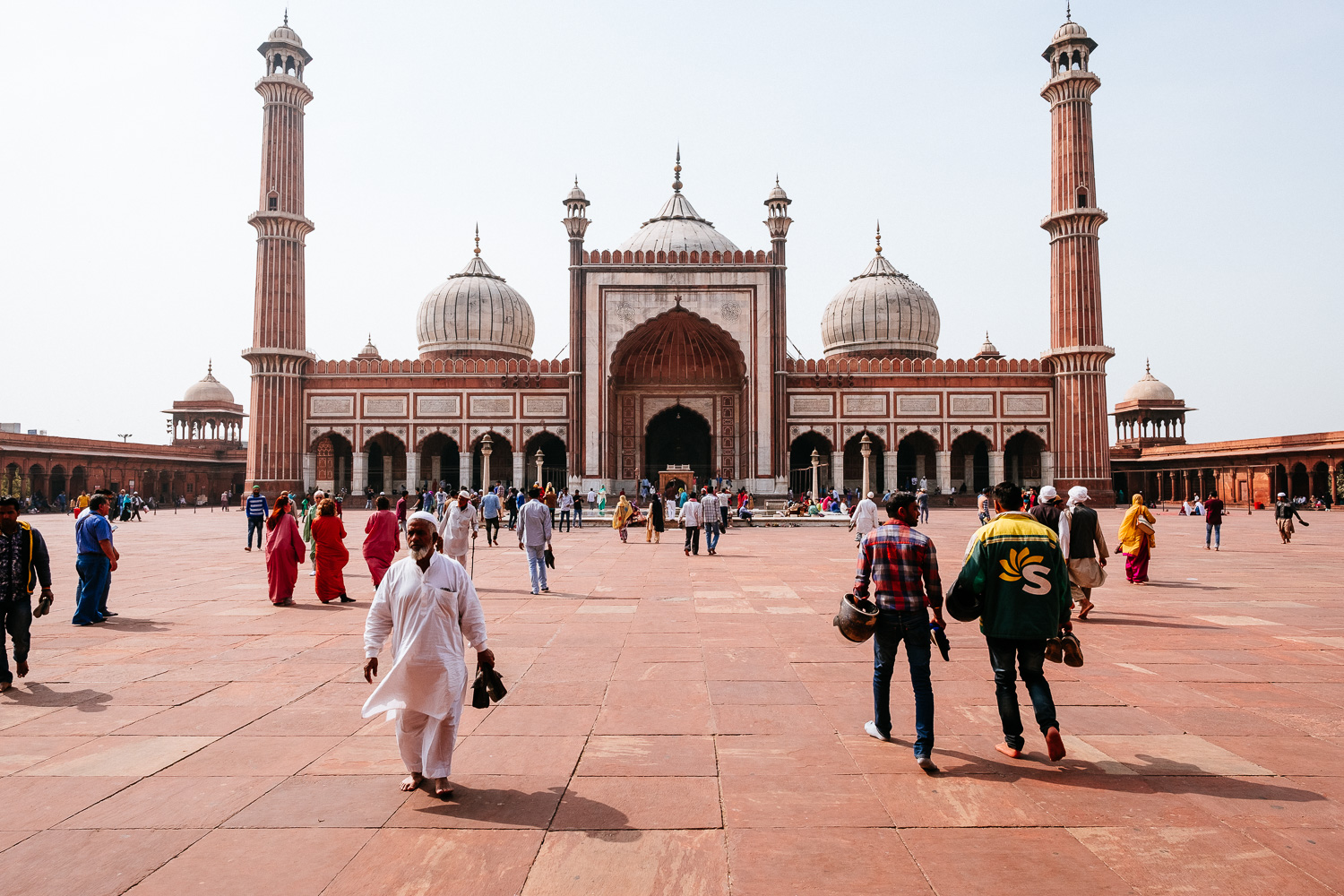 And finally Jama Masjid. The biggest mosque in India and one of the biggest in the world. It’s almost 400 years old and its square can hold up to 20.000 prayers. Of course it’s closed for visitors on Friday but honestly even though I would love to take pictures during the prayers I wouldn’t feel comfortable in such a crowded place.

For the last five years I traveled Asia and India for business but I never managed to feel comfortable when many people are crowded together. I lived in Vienna for 20 years. But while Vienna is a 1.8 million people city Shinjuku station in Tokyo sees more than 3.5 million passengers a day! That’s a completely different story. So if you start to feel uncomfortable if another truck parks next to yours in the car park outside your local shopping mall you might not be ready for that kind of experience.

Shinjuku station, Tokyo or Victoria station in Mumbai, India during rush hour or Kowloon, Hongkong at any time of the day it still can get worse. About four years ago I happened to be in Hanoi, Vietnam just after Nguyen Giap died at the age of 102 years. Giap was a general in the Vietnamese army. His victories triggered France’s departure from Indo-China and he also was behind the Tet offensive during the Vietnam war. A national hero who was as popular as Ho Chi Minh. So when he died everybody came to Hanoi to pay their respect. When I was at the airport there were so many people that I couldn’t see my cabin trolley behind me. Even though I was much taller then the people around me it still felt strange to float within a stream made out of humans.

But on the day of my visit the mosque was anything but crowded and there was no way to hide inside the masses. 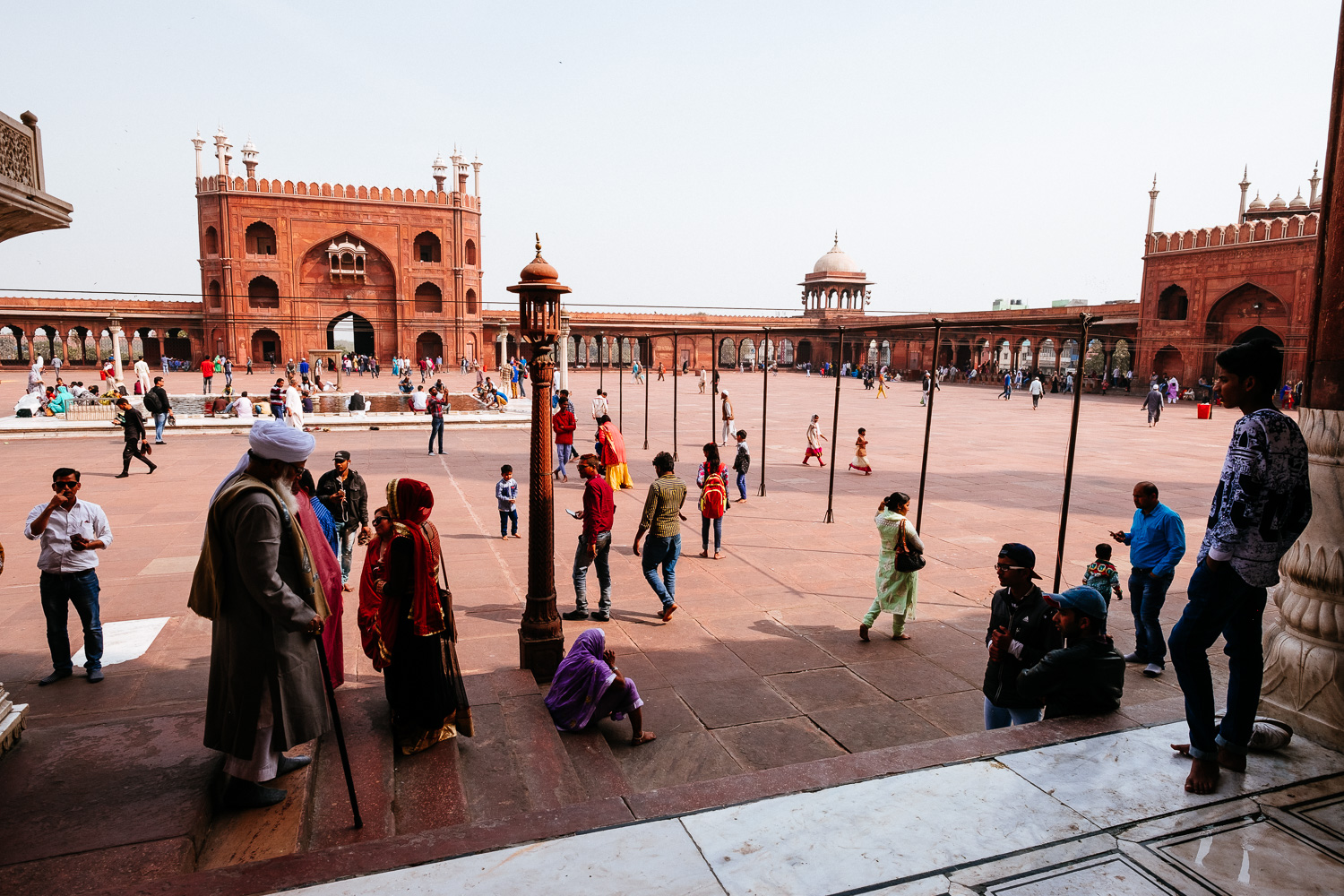 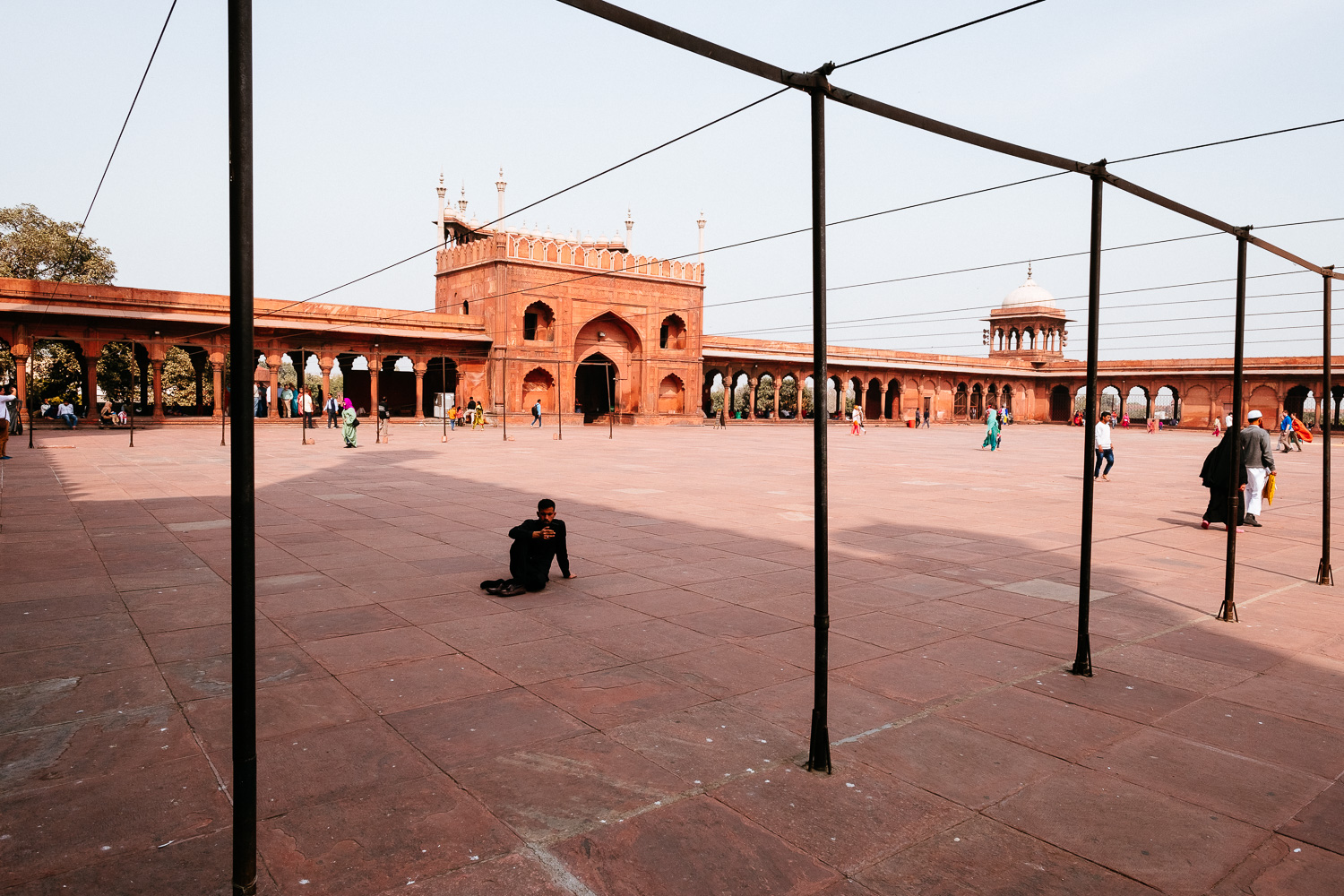 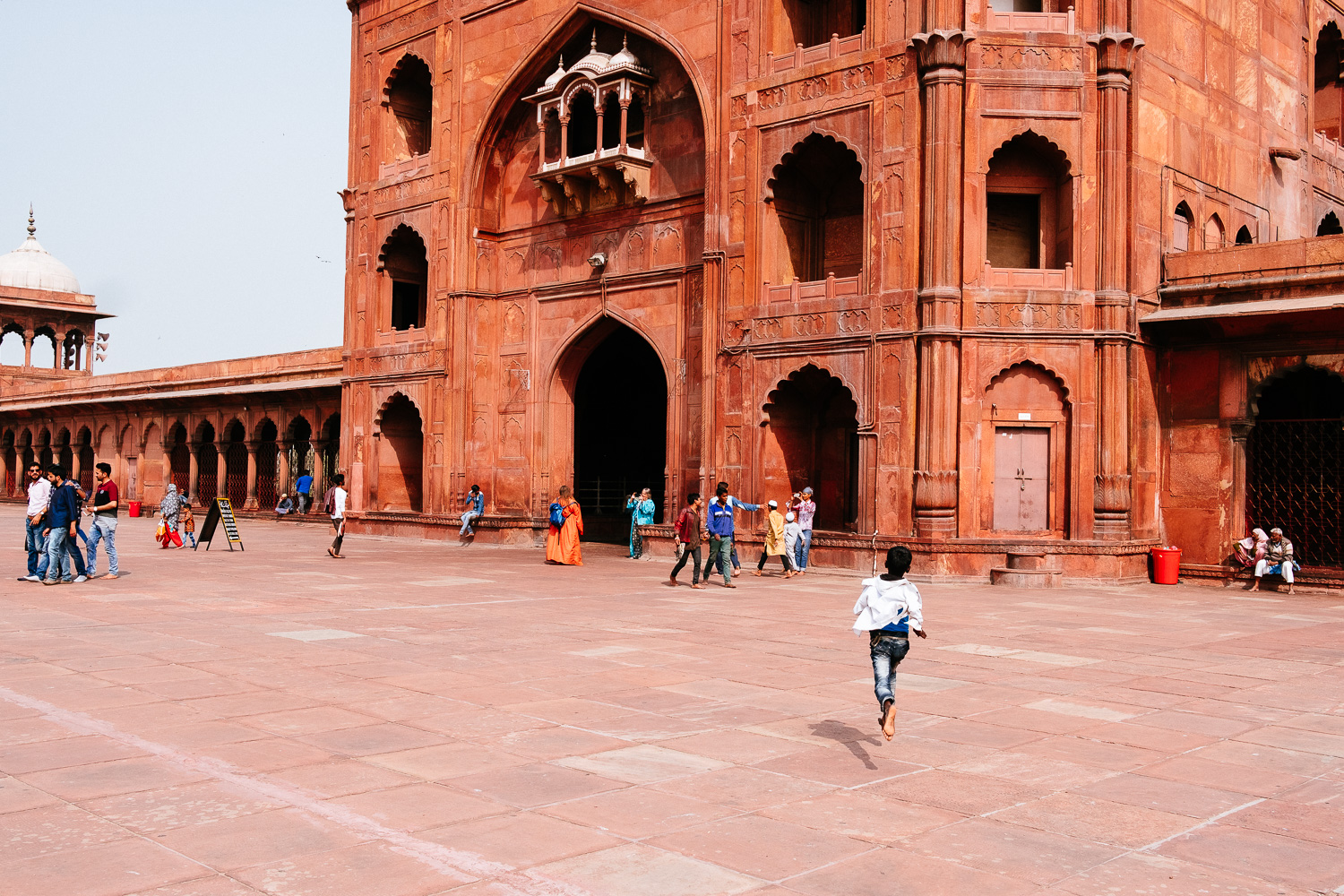 Why I’m telling you all that? If you visit photography equipment forums most people but especially street shooters seem to be concerned if their camera is small and quiet enough. If it’s discrete enough to take images unnoticed from your subject. Some even use the term stealthy. I always thought that the whole concept is flawed. If you are a street shooter your subject are people and like it our not you can’t fool people as easily as you can fool deer. Some twigs and camouflage paint won’t do it.

When you are the only white person in a local temple in South India you will stick out no matter if your camera is small or big. The camera doesn’t matter at all. It’s you. You are different and you don’t belong here. Regarding stealthiness it can’t get any worse than that. Wrong!

Imagine that you are tall, your skin is pale white and you are wearing a grey business suit. Yes that’s worse but wait there is more! Because you are not allowed to wear shoes inside the mosque you are wearing brand new white, size 8 slippers on your size 11 feet. The fact that I still managed to take pictures without people pointing at me laughing shows that India is probably home to the most tolerant people on earth. 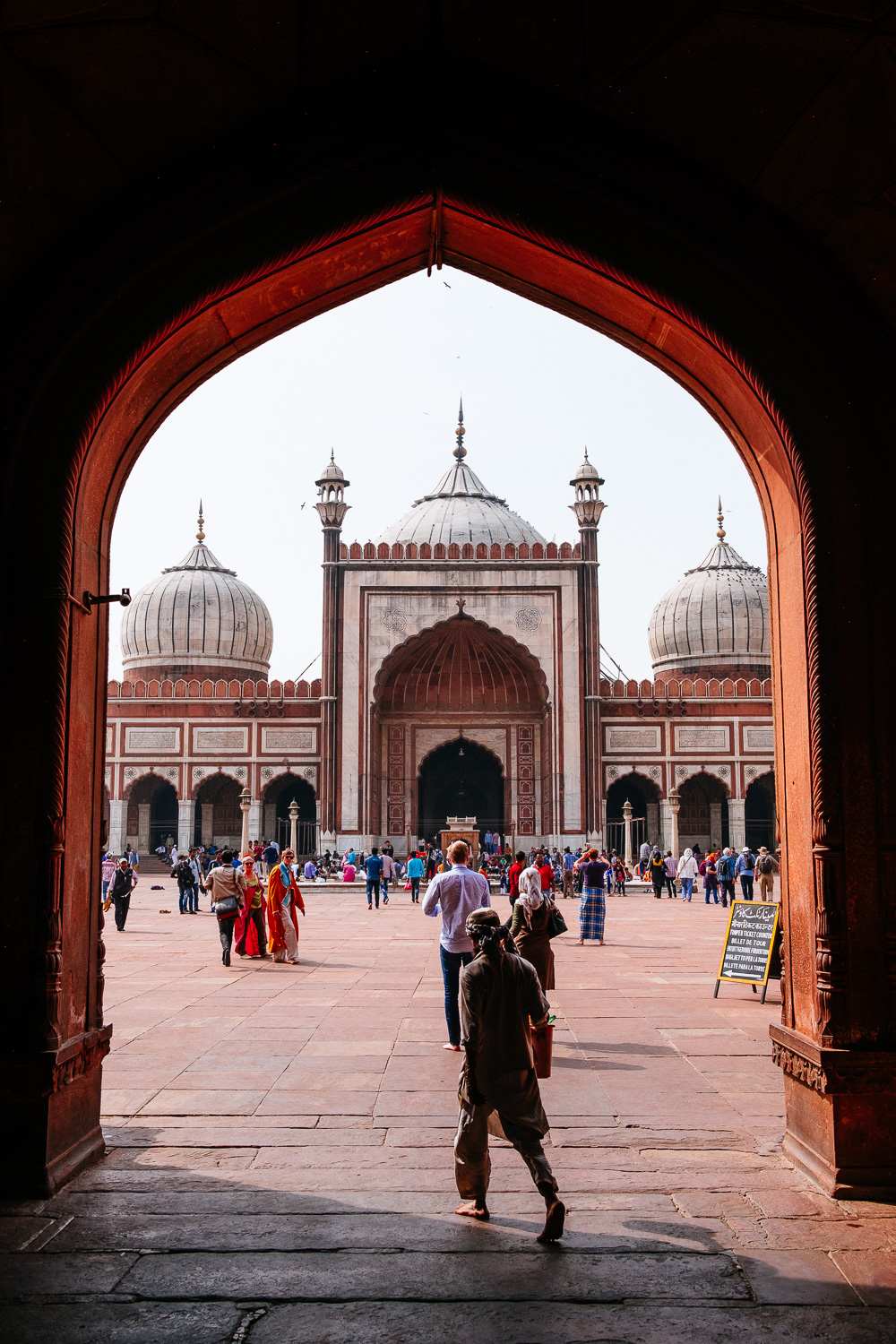 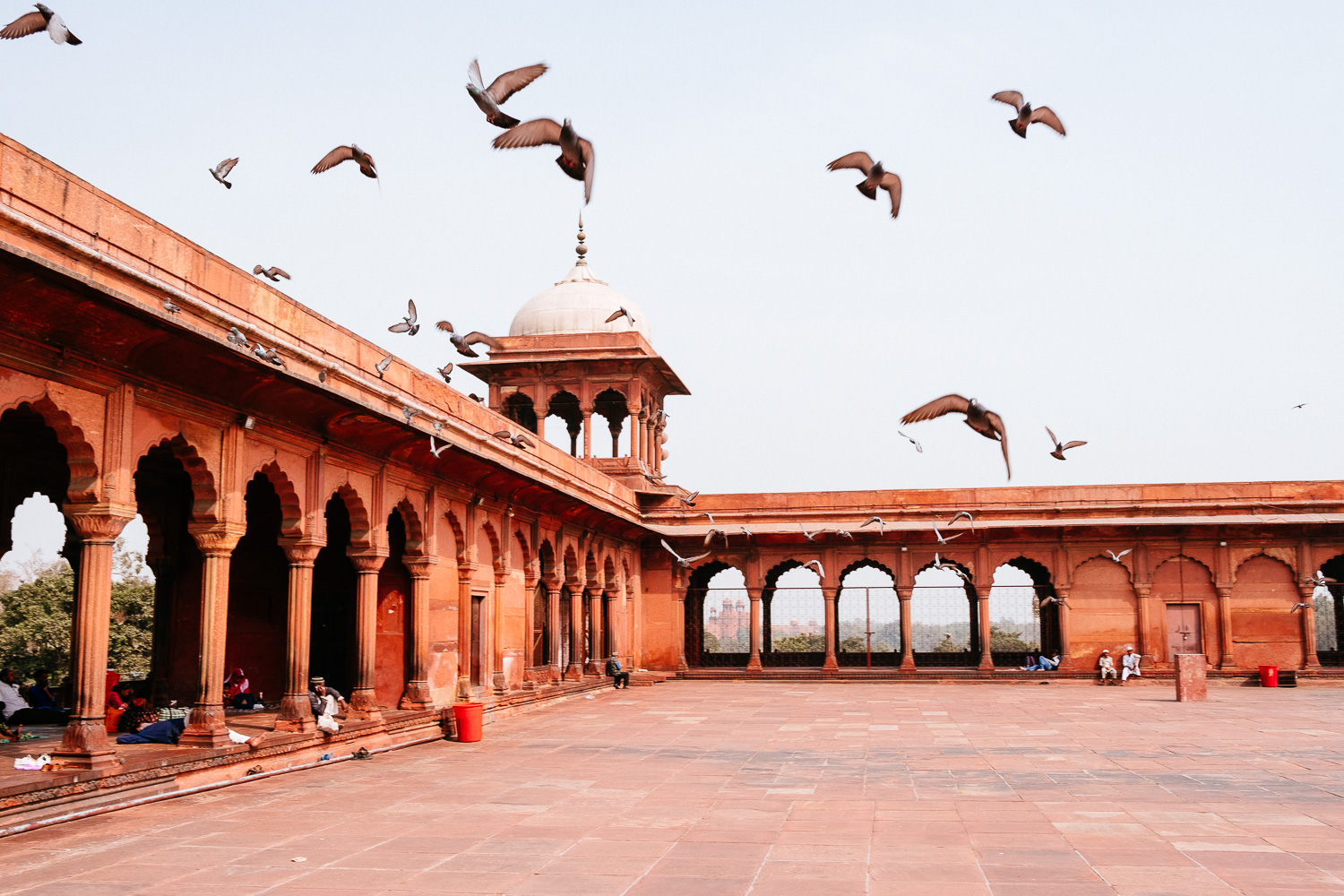 I should have written something completely different. Something more suitable for pictures from a mosque, temple or church or any other religious building made for prayers and contemplation. Something enlightening.

But I can’t. I have to tell the story exactly as it was. Instead of enlightenment there was humiliation. But maybe the picture I have painted made you smile. And to make somebody smile is maybe the best thing somebody can do. 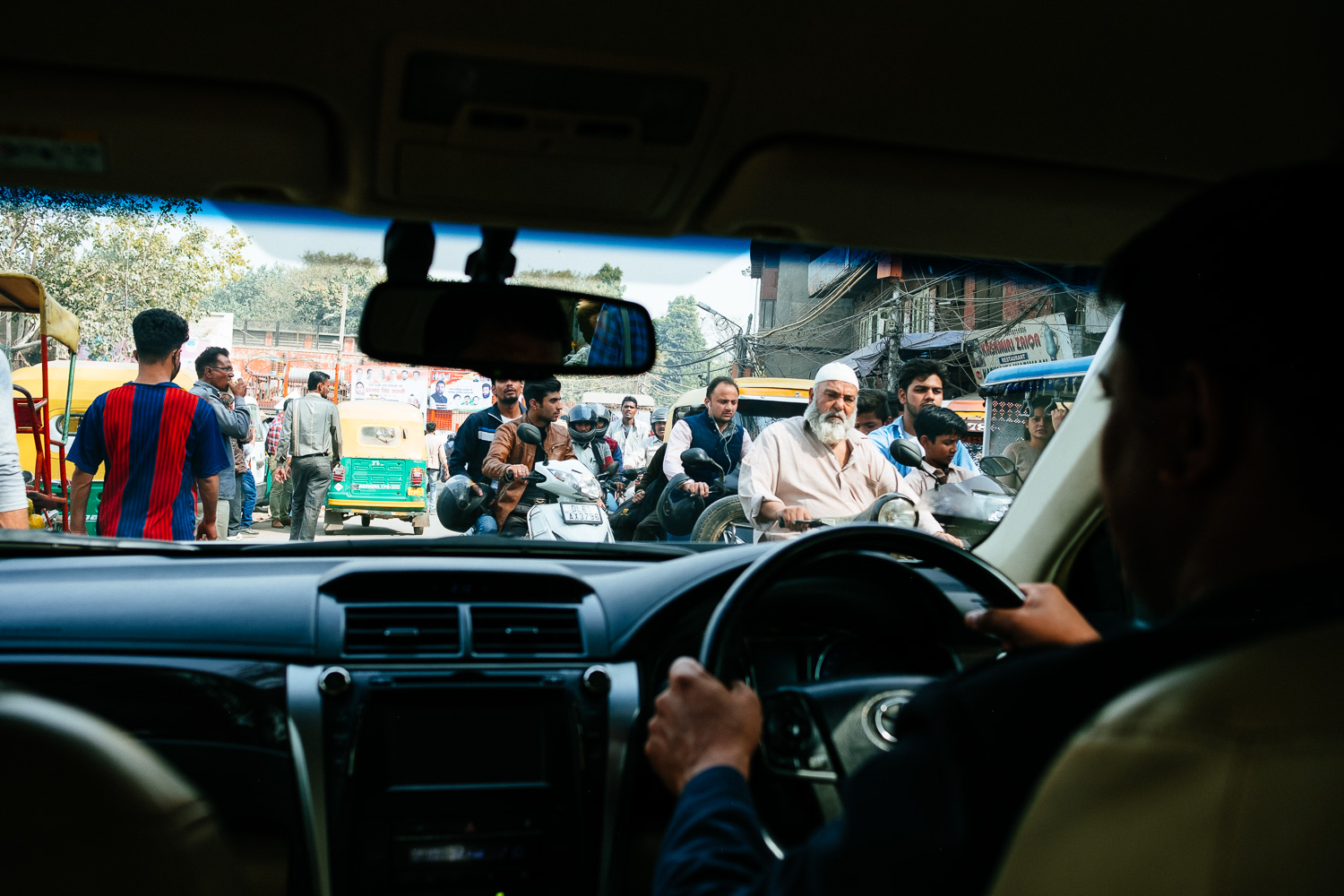