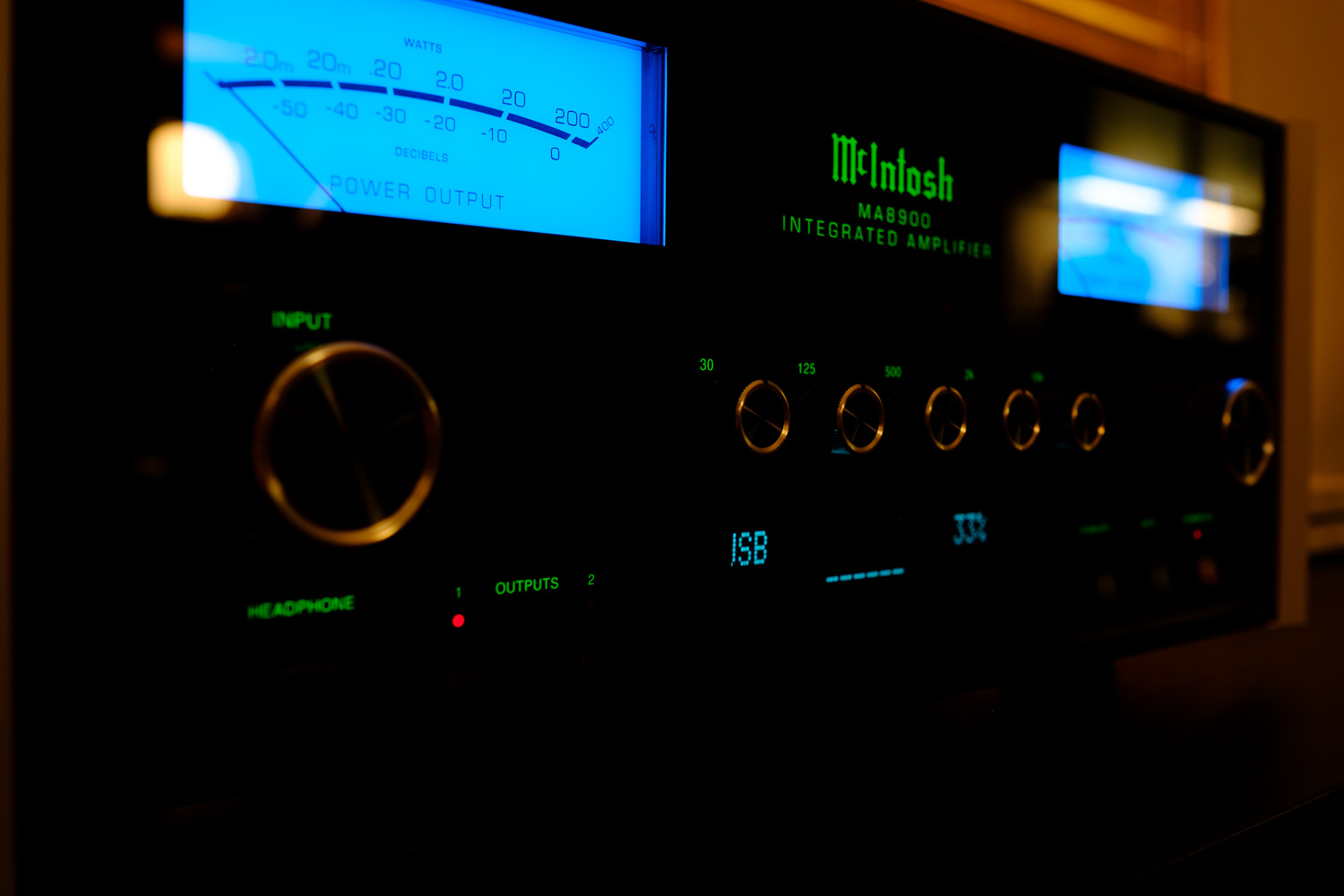 When you grow older you become a more rational person. You think twice before you spend an huge amount of money.

I thought more than twice but finally decided that I live only once. This is a blog about traveling and photography. About cameras and lenses. So why do I post pictures of an amplifier? Because to travel and to take pictures is not everything. Another important thing in my live is music.

I grew up in the 70s and 80s. At that time to have a hifi system was the most natural thing. Everybody had one and we listened to records and tapes we recorded from radio broadcasts. Later we copied our records on tapes to listen to them on our walkman’s or in our cars. For the younger readers: a walkman was a small mobile cassette player made by Sony. Of course at that time I used a cheap no name player but it was great to have my favorite music with me. I also experienced the introduction of the compact disc. I didn’t like the smaller disc. The package was much smaller and it looked cheap. It also was cheaper to produce but the industry still sold it for almost twice the price of a good old record.

A year after its introduction I gave in and also switched to CD since more and more CDs included additional songs compared to the same record. Soon there were CD-Walkmans and CD car radios. It was impossible to ignore that the small disc had some advantages. 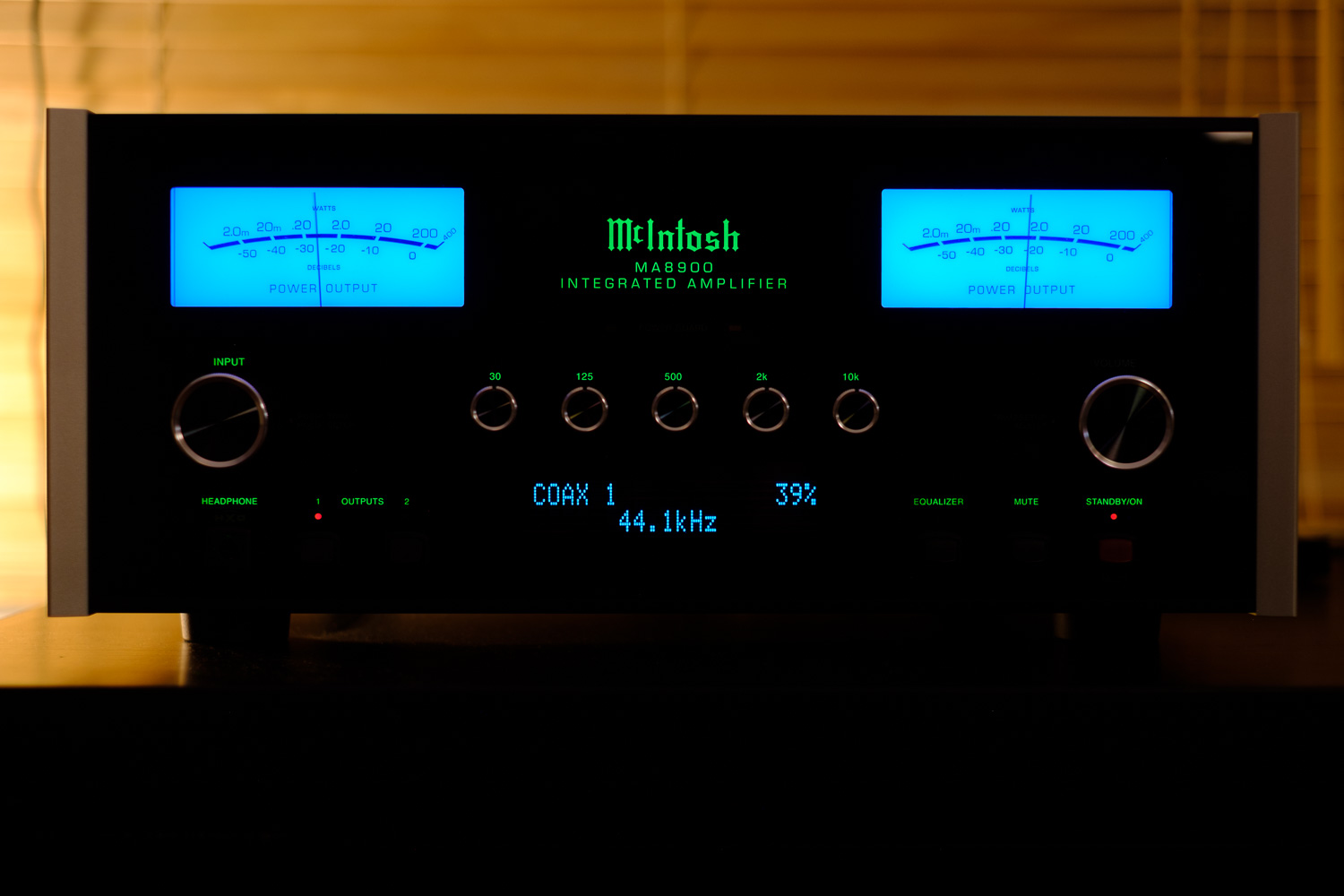 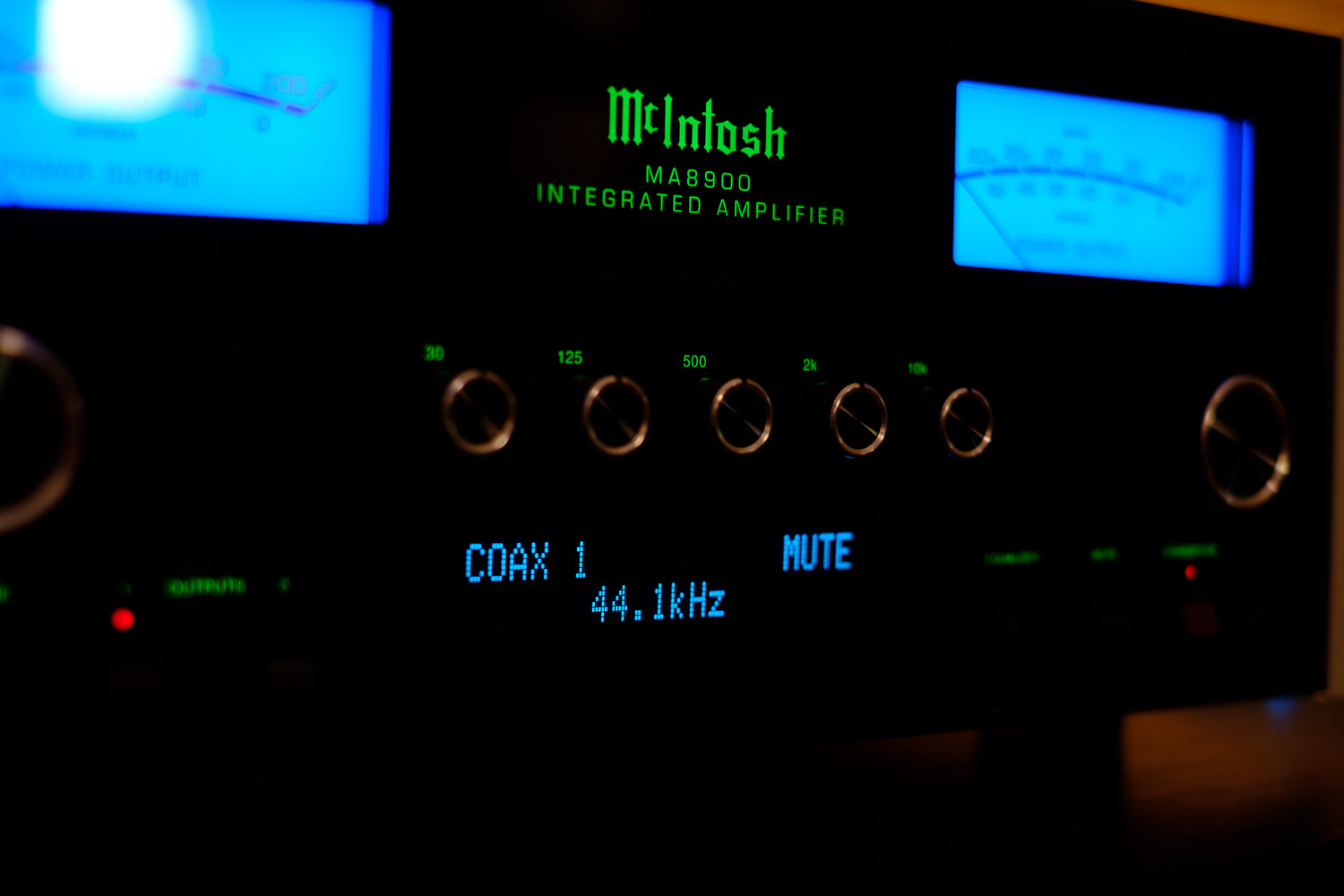 I bought many, many CDs and I still have them though I changed to streaming a couple of years ago. And it all started again with a mobile device. The iPod. A device the size of a pack of cigarettes that holds hundreds of CDs. Fantastic. Gone were the times of mobile CD players or playing the same CDs over and over again when driving.

Finally I also replaced the iPod with a DAP (a high res digital audio player). This is a fantastic device. Instead of 160GB it holds 432GB of data but the real trick is that I also can stream music using my Tidal account. Together with my new phone contract I now got a “4 million CD – CD changer” in my car. And if I listen to hires files it offers better than CD quality on the go. 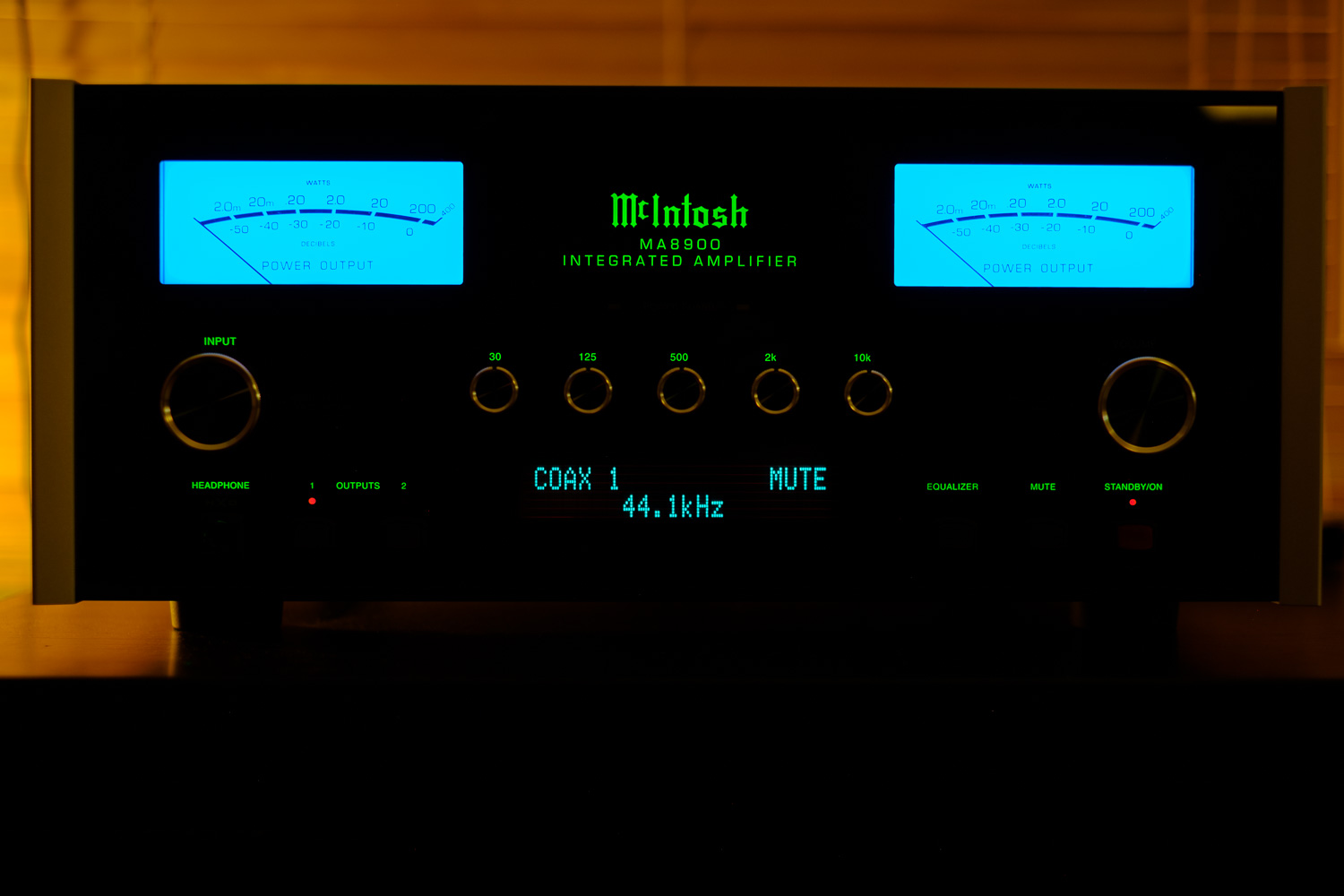 But back to the amplifier. This is not a cheap piece of stereo and I’m not a millionaire that buys such a thing just because it looks nice in the living room. I’m also not a sick audiophile that changes his audio gear like underwear. This beautiful integrated amplifier from McIntosh replaces a more than 20 years old amplifier from Krell Audio. In total this is amplifier number four within 35 years. I wish I could say the same about my cameras.

It not only replaces my old amplifier it will also replace my DAC from Naim Audio because it has a very nice DAC built in. It also has an MC phono stage that could replace my phono amp and it has a very good built in head phone amp too. So while it’s not exactly cheap you get a lot for your money. Also a lot of iron. This thing weighs 34 kg!

I hope that I will enjoy it as long as I enjoyed the Krell or even longer. I have no idea with what camera I will shoot with in 20 years from now but I might still listen to music through this amazing piece of gear. 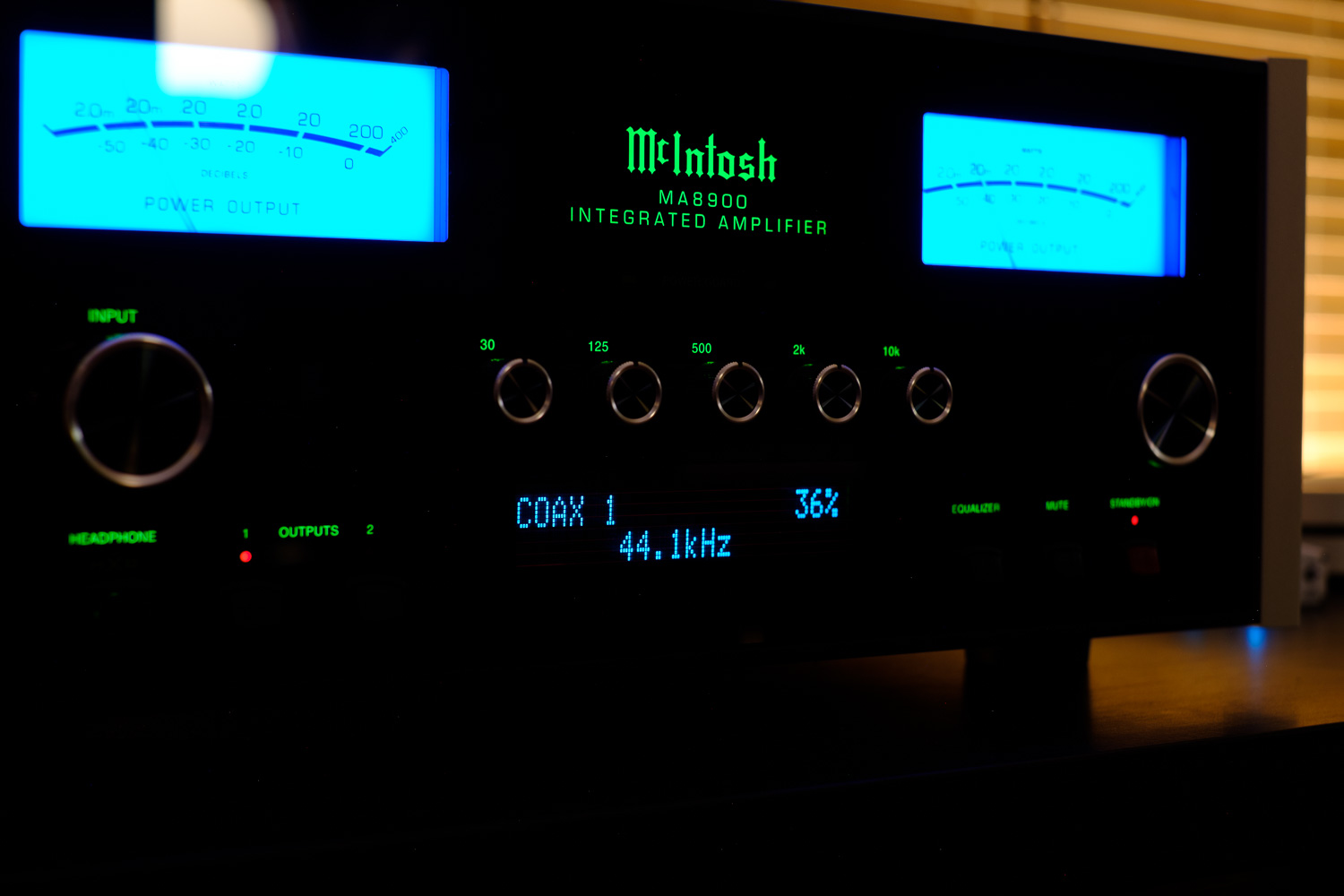