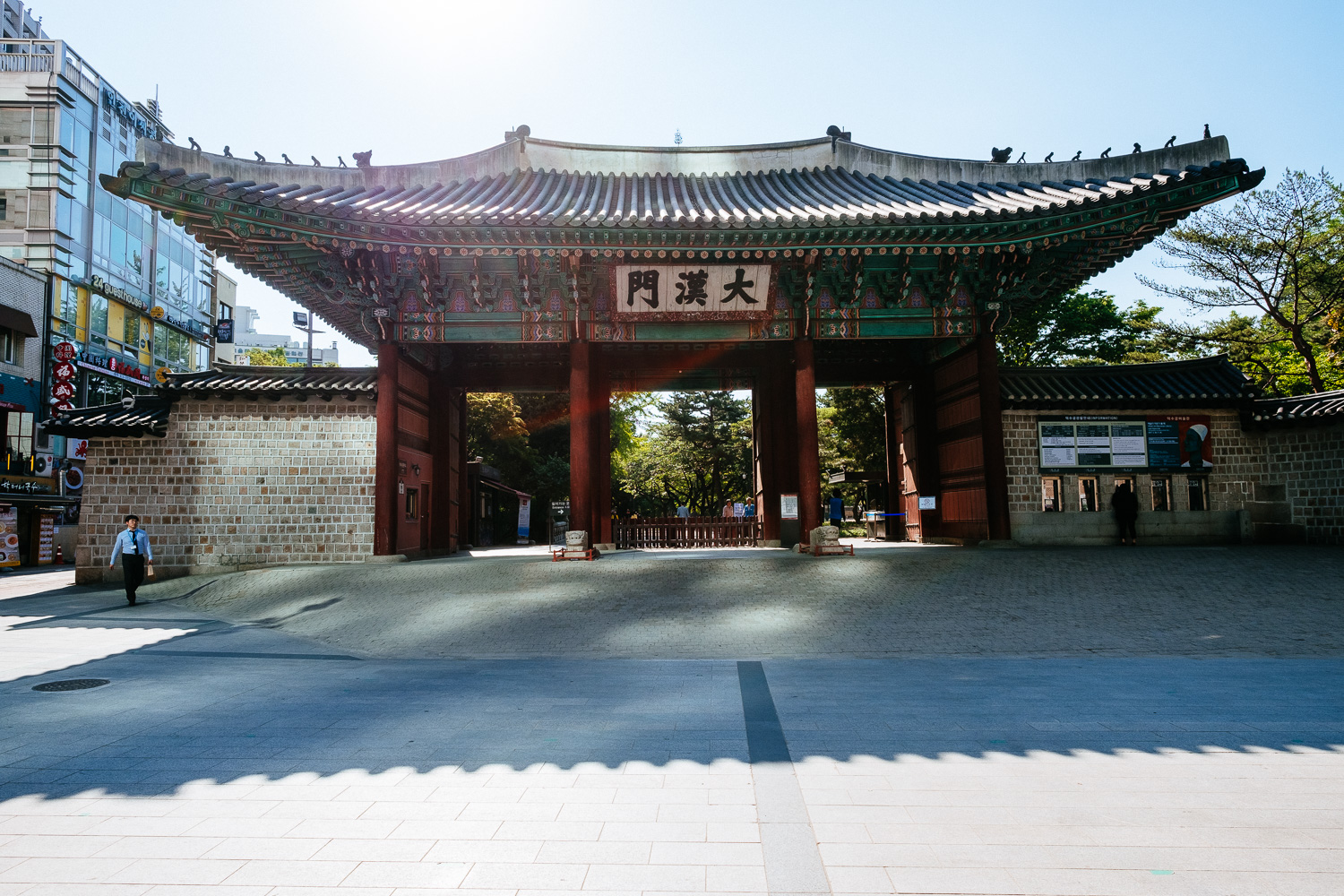 An early evening in Seoul, Korea. I left my hotel to visit a palace but ended up in a different one. It was still great!

What happened? I admit that I should have studied the map more carefully. When I went out of the subway station I asked for the fastest way to the palace. I expected a bus ride but to my surprise the palace was just next door to the station. Very convenient! Problem was that I didn’t remember the name of the palace anymore but before you judge me here are the names: I planned to visit the Gyeongbokgung palace but found myself in the Deoksungung palace instead. 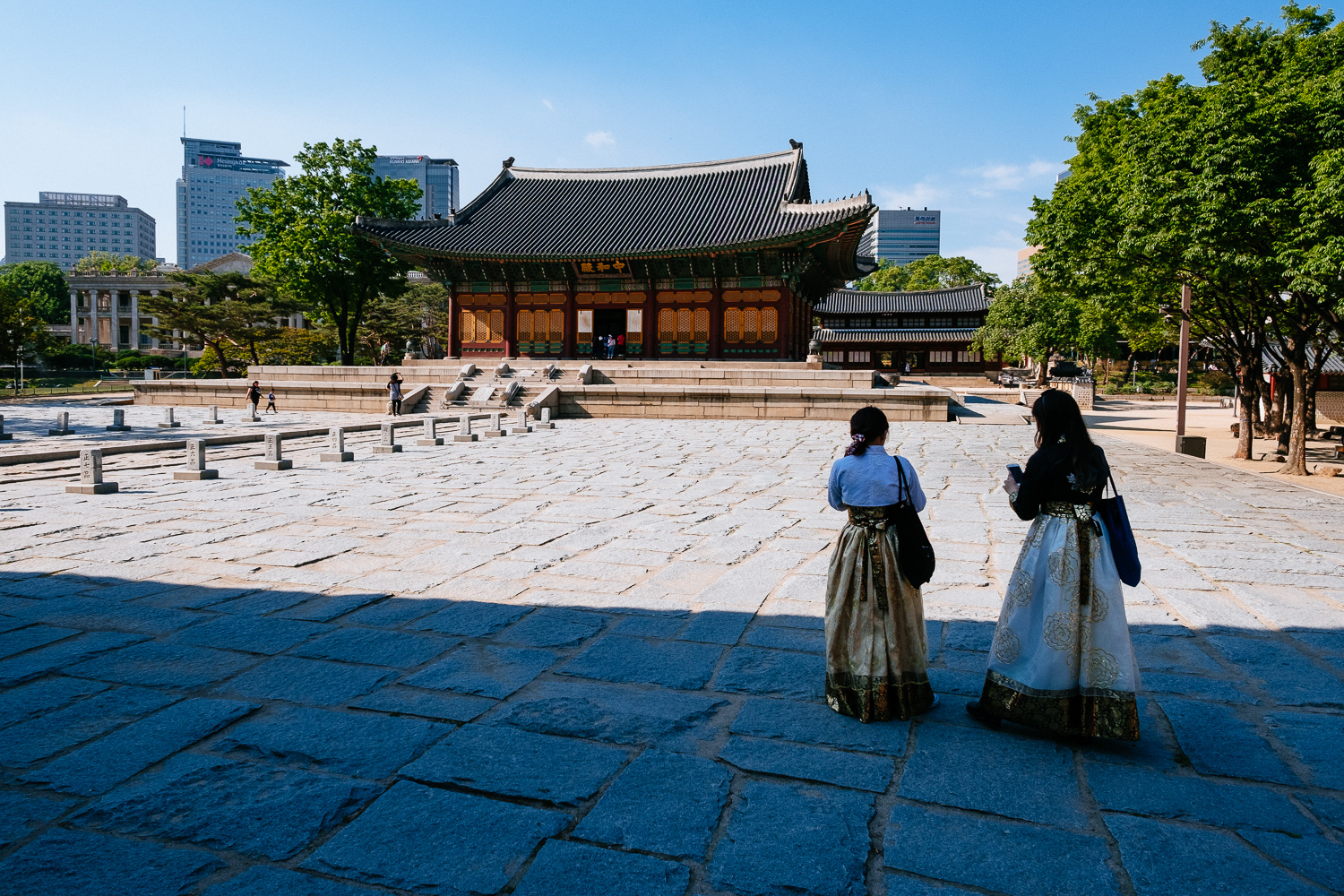 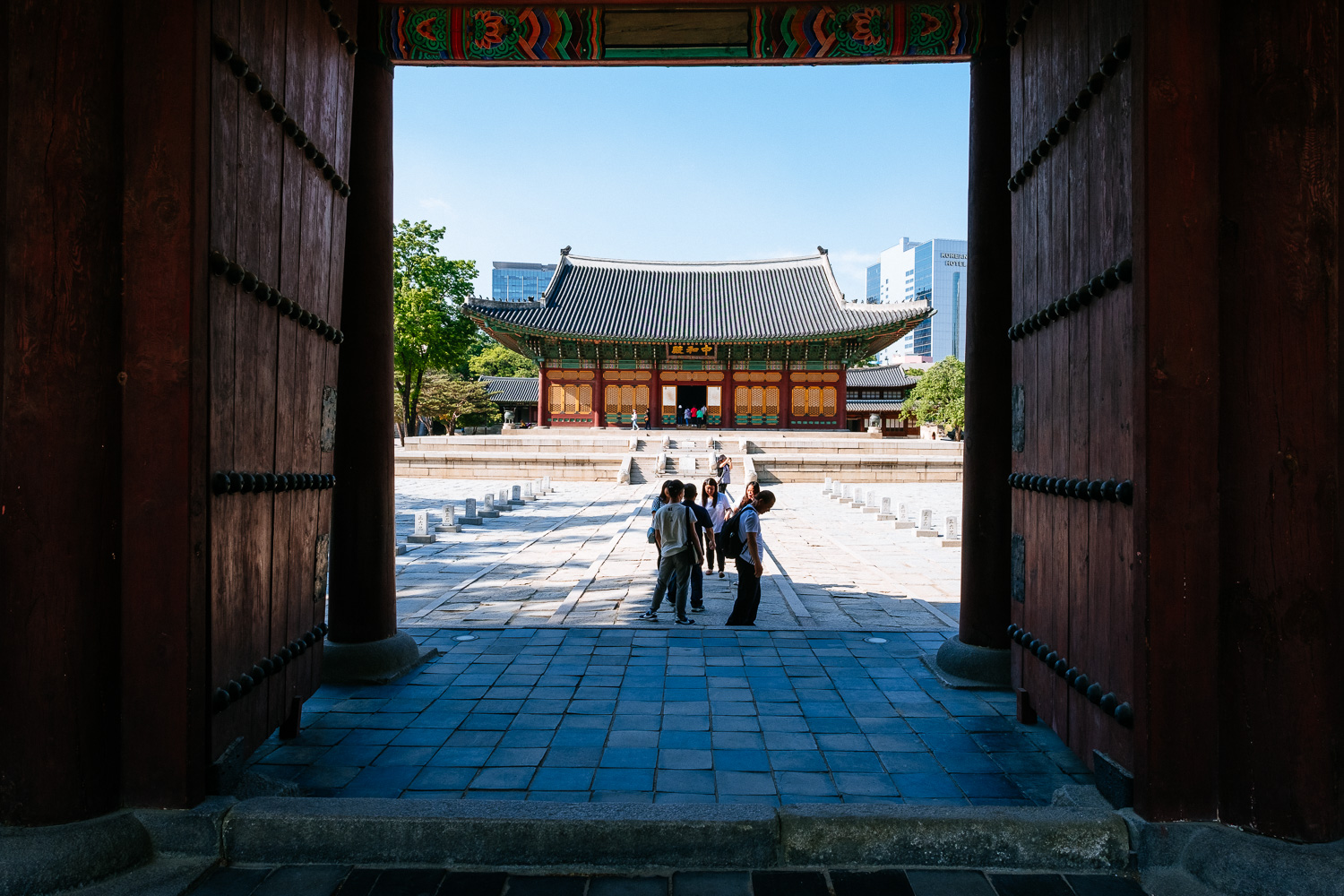 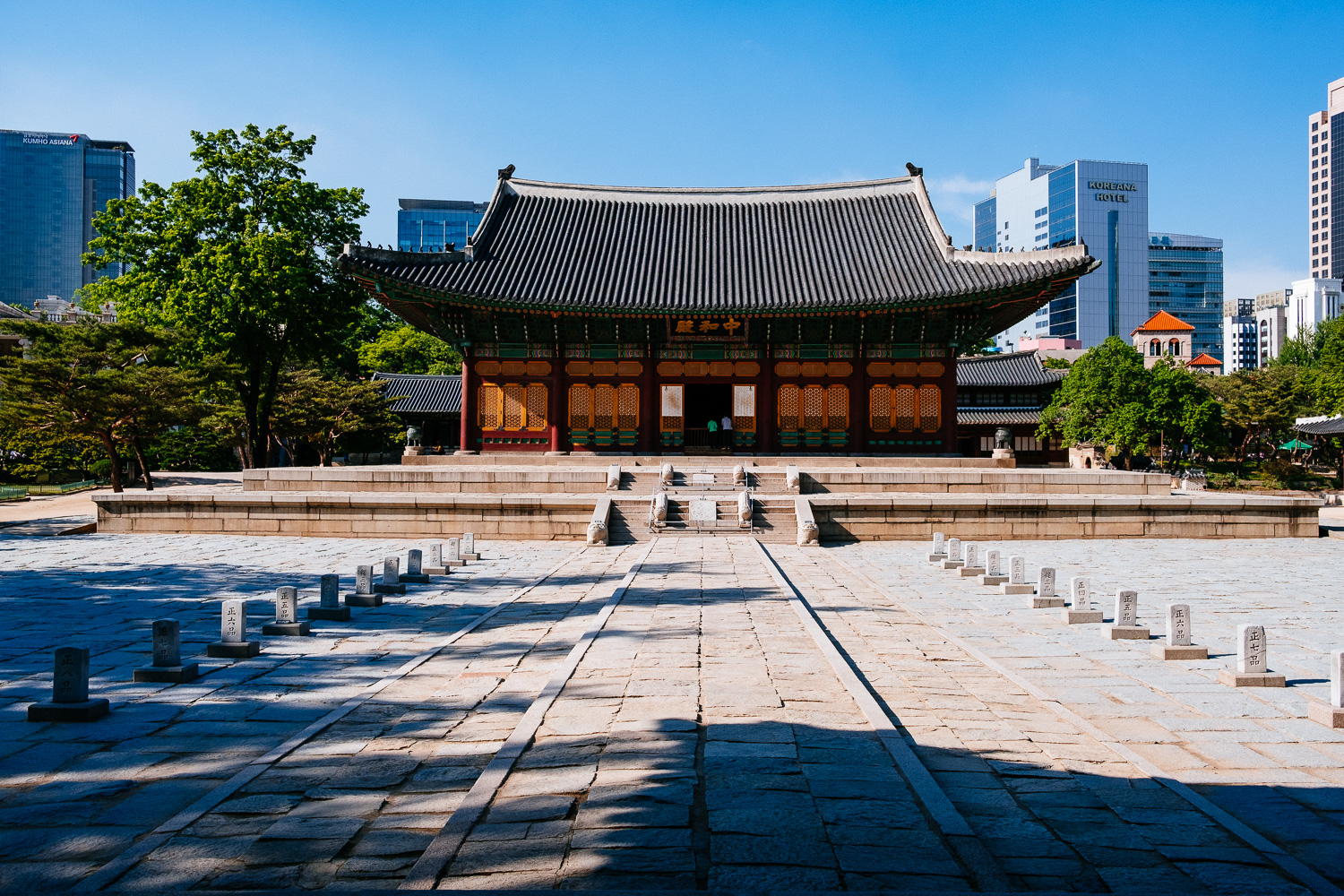 I already had my doubts when I entered the place but after the first couple of minutes I was sure. This is a different palace. There were almost no visitors. This can’t be the main palace!

But it was already late so I decided to stay on explore this place instead. It was a good decision. Most of the places in Asia are very crowded. Korea is no exception to that. Regarding population density it comes only second to Bangladesh. In South Korea there are 500 people/km2. In India it’s only 400 people/km2 and in the USA it’s 33 people! So if you find yourself in a quiet and spacious area the best you can do is to enjoy it. 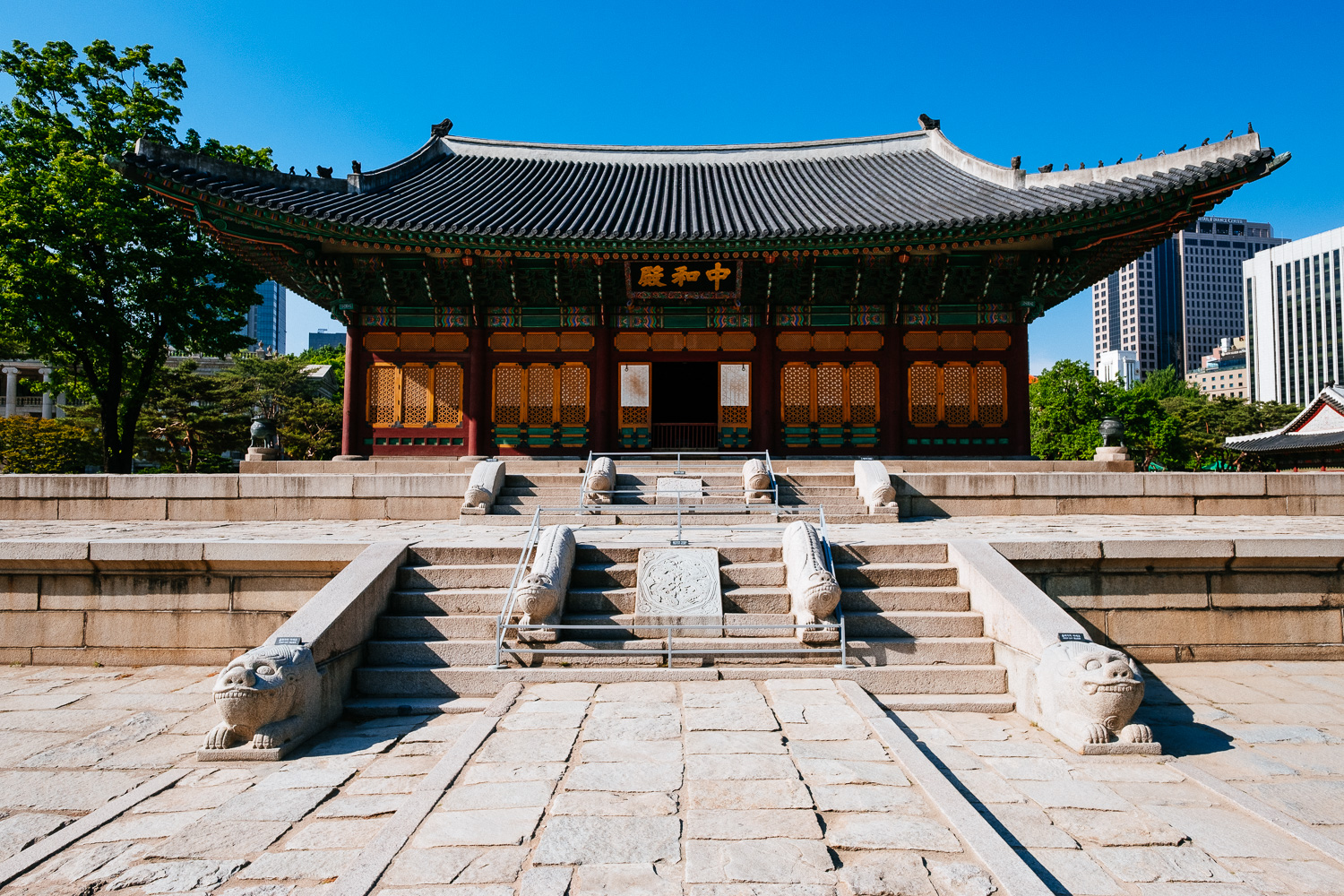 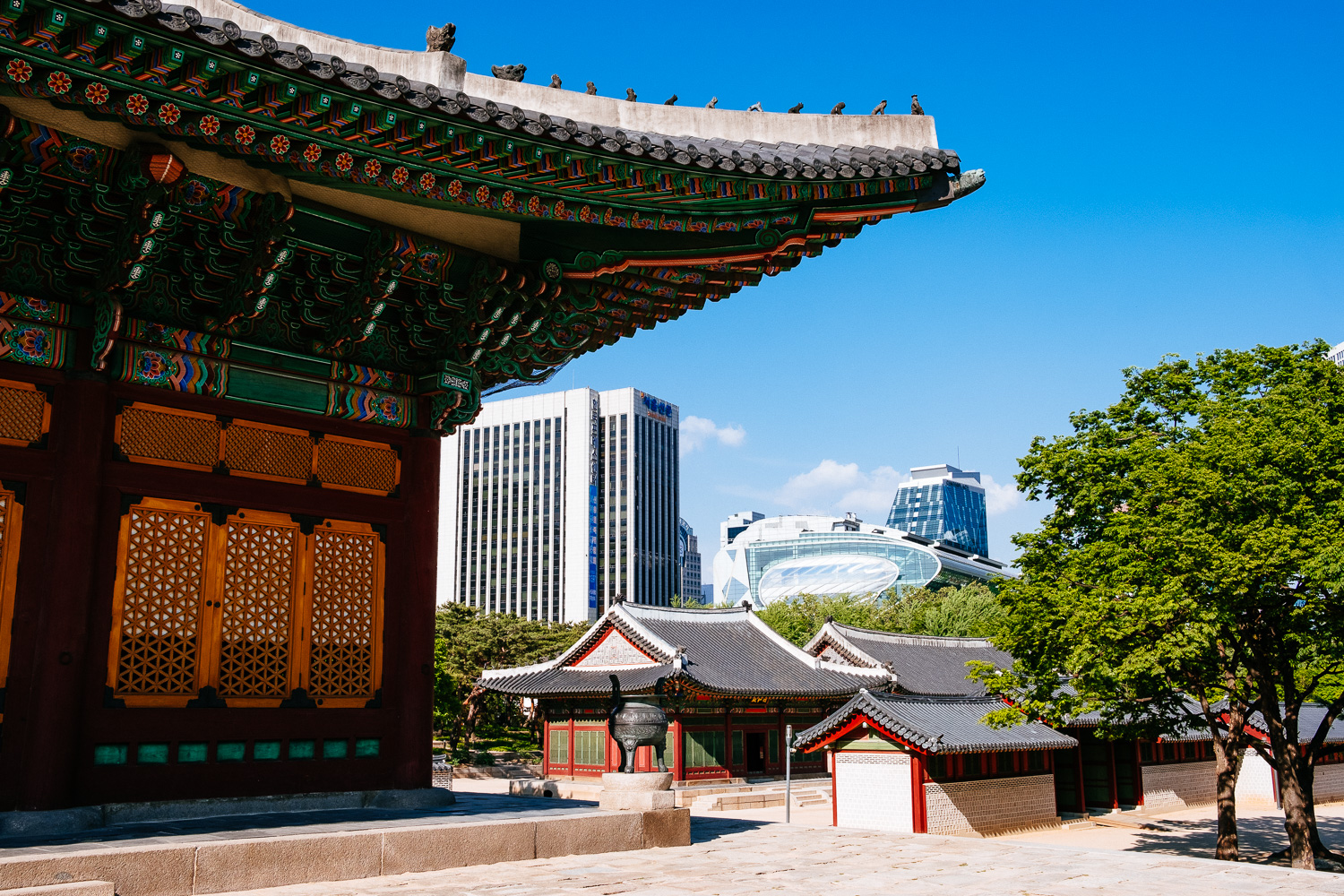 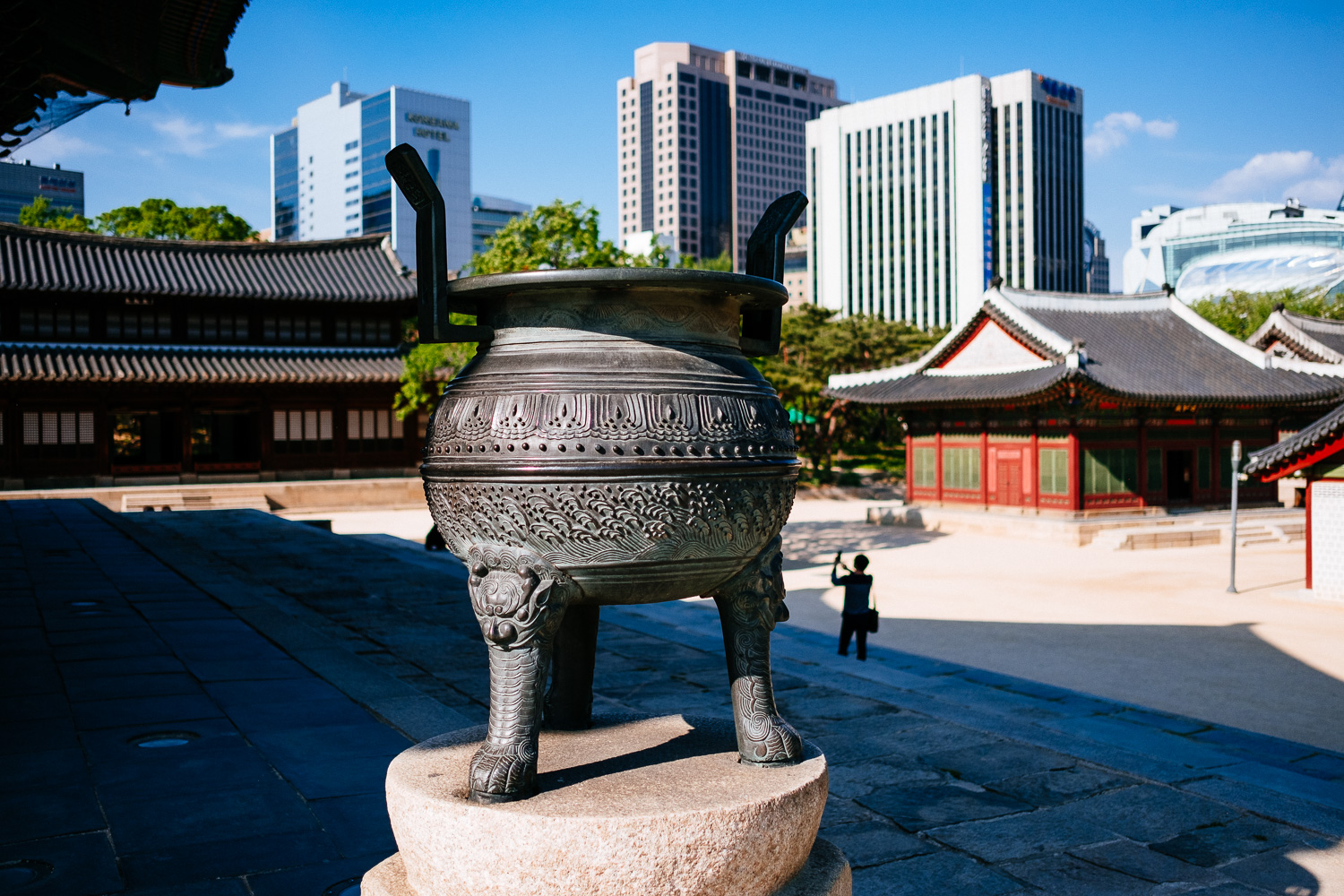 The more I shoot with the XF 23/2 WR the more I like it. It is a brilliant lens. Small, fast and sharp. The perfect match for my X Pro-2. It’s even sharp wide open as long as you don’t shoot something up close. Normal distances like in the image above are not a problem. The subject is nice and sharp and it pops out from a slightly blurred background. Just don’t expect the subject isolation that you can get with the XF 23/1.4 R but regarding sharpness I don’t see a real difference in between those lenses. 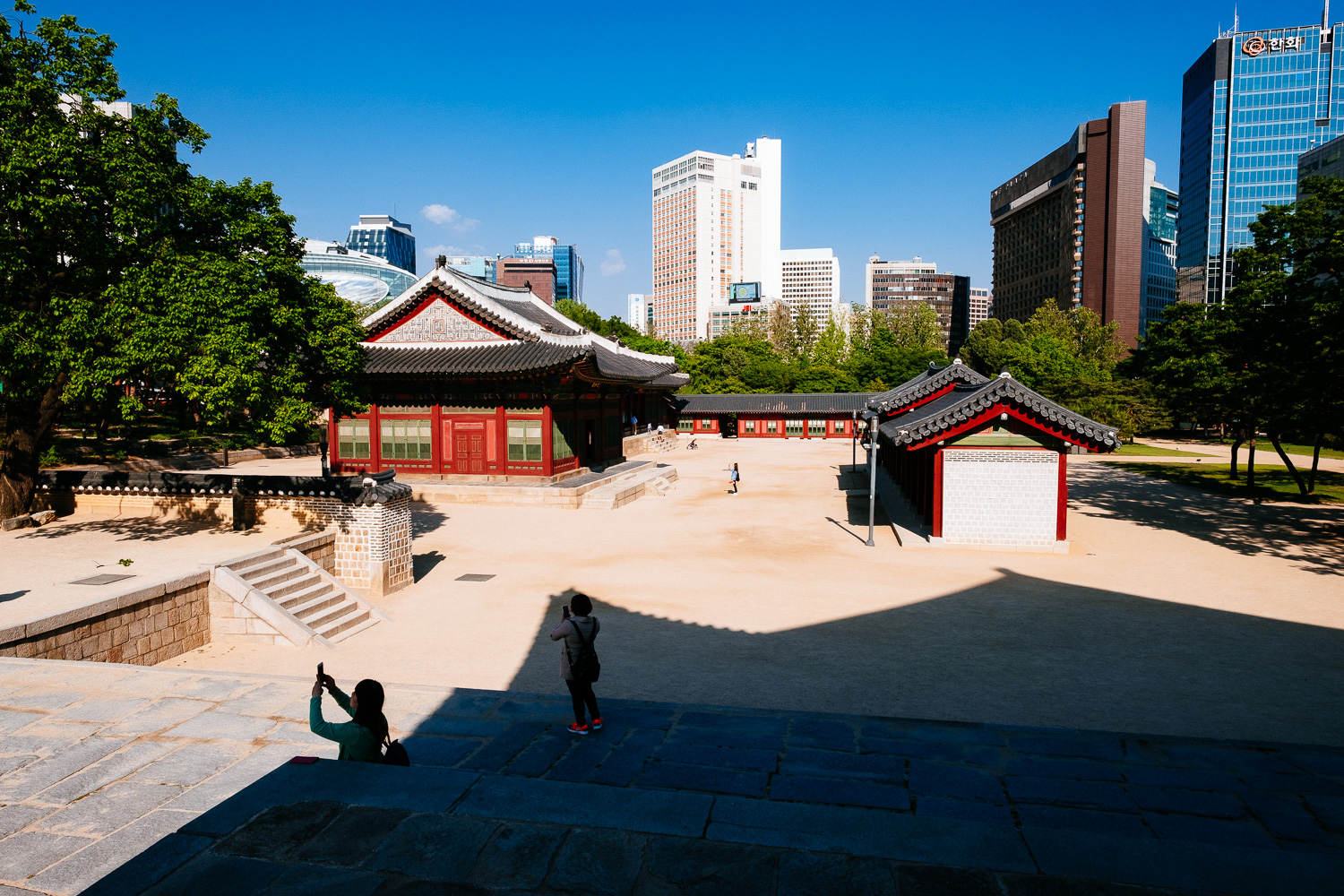 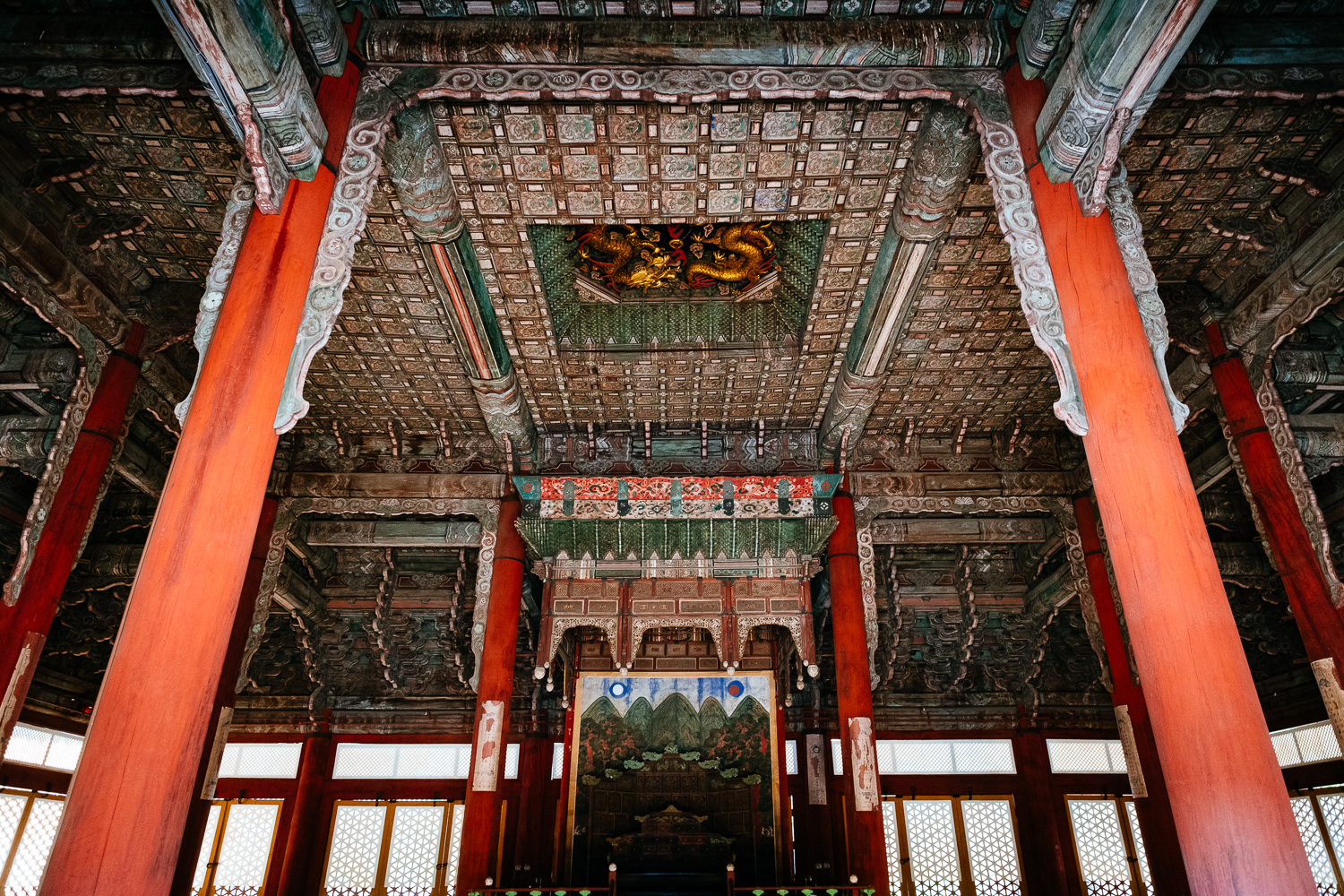 On my way out I finally found a couple of tourists. One of my favourite subjects! I quickly framed the shot and took the picture.

Then I went out to find the main palace. 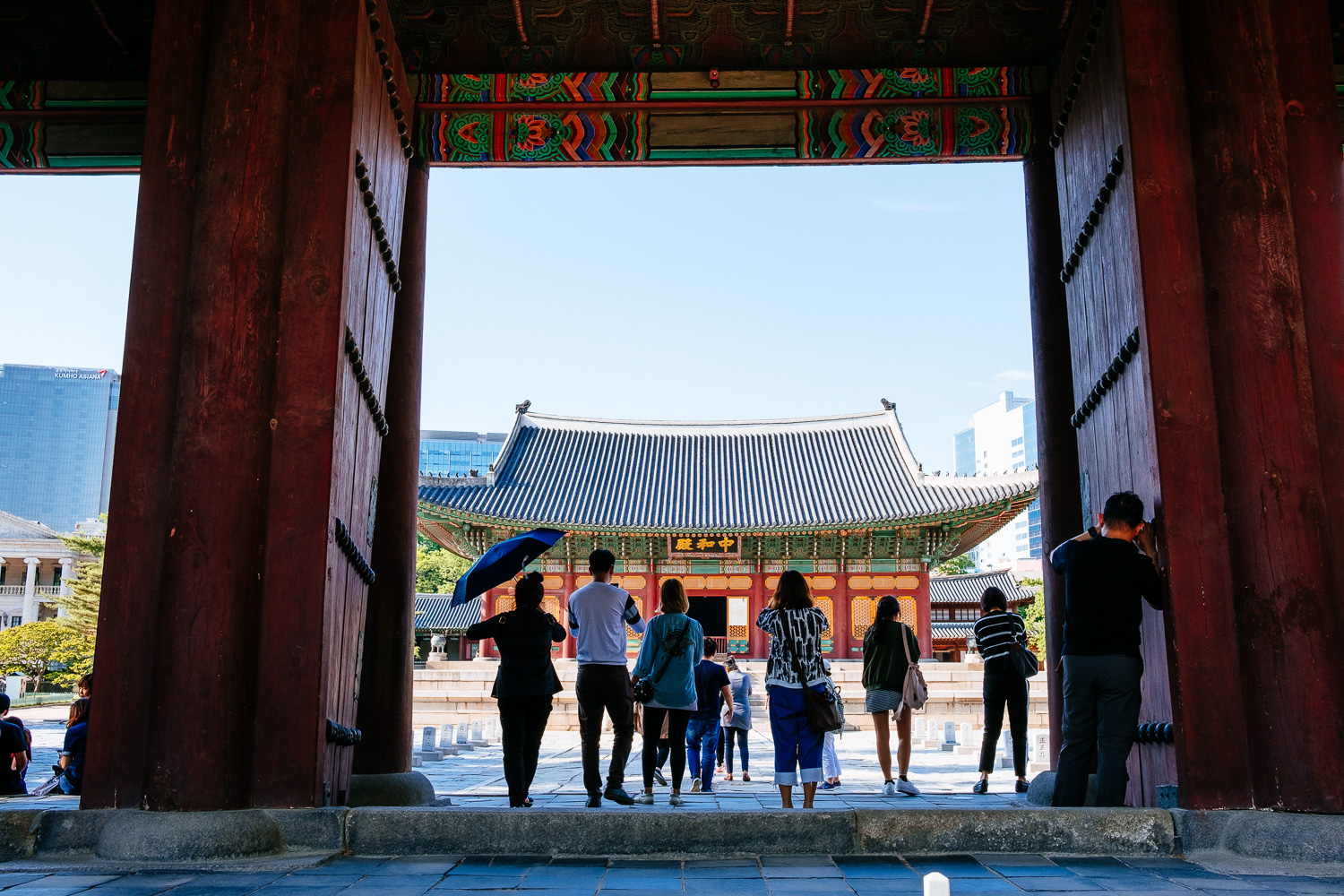