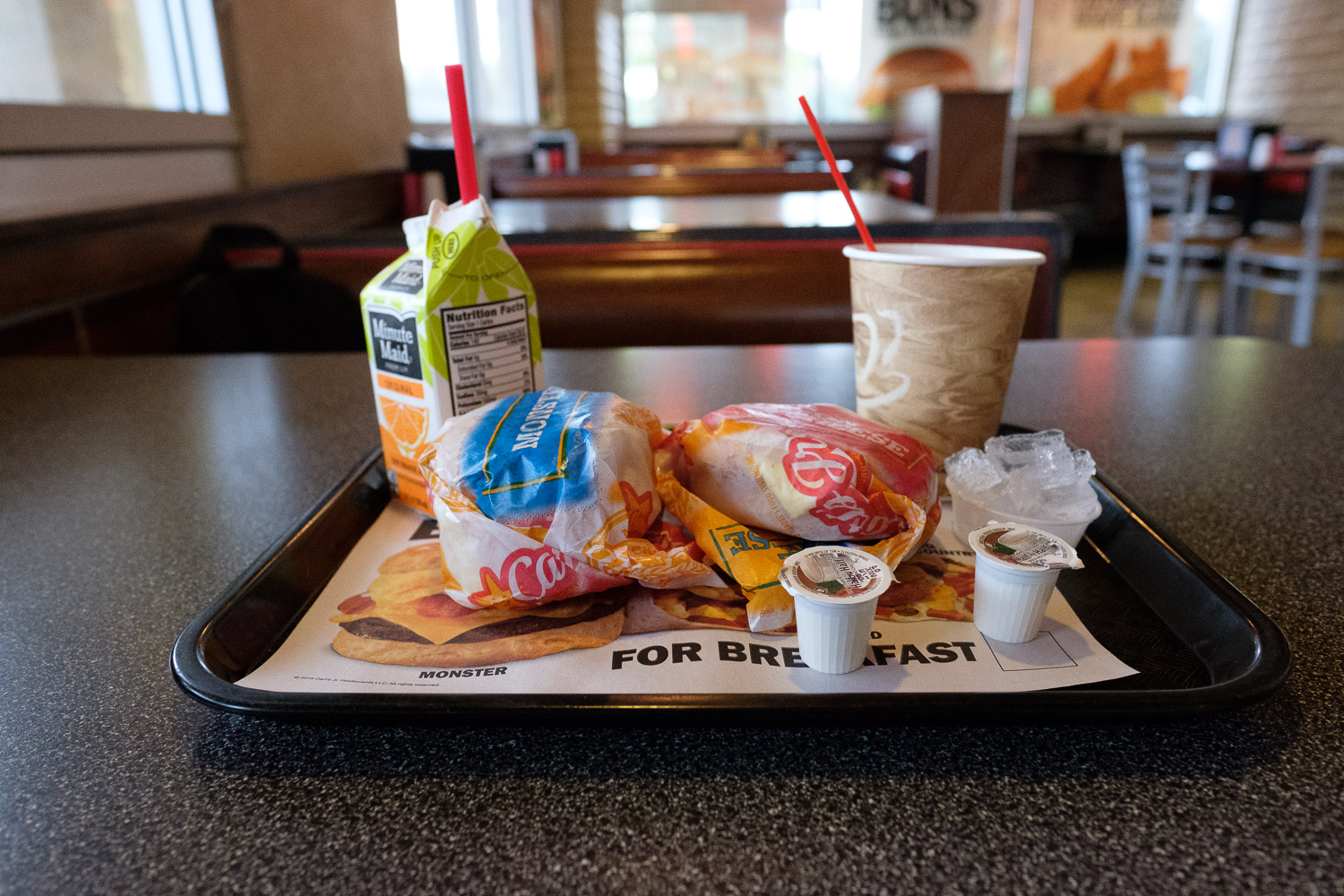 I took this shot while we had breakfast at Carls Jr. It’s nothing special but it’s very special at the same time.

For whatever reason I can’t upload the full size image. Maybe there is a limit regarding the resolution. Here is a 100% crop: 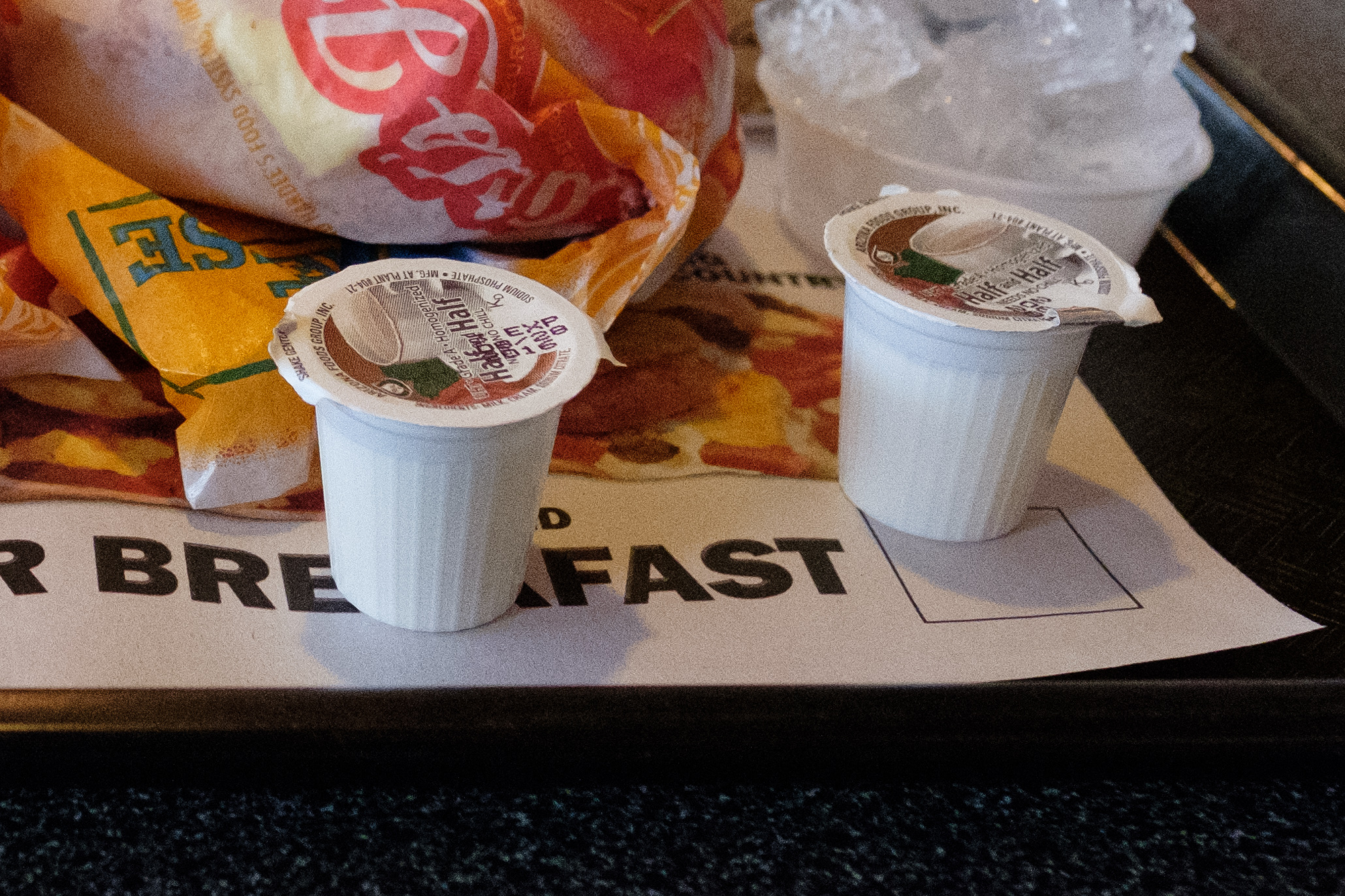 Okay, I have to admit that I’m old school. But I guess that’s alright since I’m not that young anymore. When I started photography I used to shoot slide film. Kodachrome – the one that gave us those nice bright colours, the green of summers, … Enough, you get the picture. The standard was Kodachrome 64. 64 stood for 64 ASA and ASA stood for ISO. So a ISO 64 film. If light was low you used a tripod and if you wanted the last bit of quality you chose Kodachrome 25. Yes – ISO 25. Of course there also was a 200 ASA version but its grain was so strong that it added an undesired artistry effect.

When I started to shoot digital with a serious camera base ISO went up to ISO 200. It was the year 2002 and the camera was a Nikon D1. ISO 400 was still OK but everything above was noisy and above ISO 800 was best to be avoided. Even on my first full frame camera the great Canon 5D ISO ranged from ISO 100 to ISO 1.600. Everything above was an extended setting and again it was reserved for emergencies.

So forgive me that I’m still amazed when I shoot at ISO 10.000 and get results like the image above. Some might say that this is not low light and because of that it’s not a real test. It wasn’t a test, it was a mistake. But a couple of years ago the result would have been a shot for the bin. Today I get a perfectly useable shot with only a slight hint of noise (grain) but even the finest details are there and colours are great too.

That ISO 10.000 is better than ISO 1.600 looked like on my first full frame sensor camera. My little Fuji X Pro-2 keeps impressing me. What a great camera!