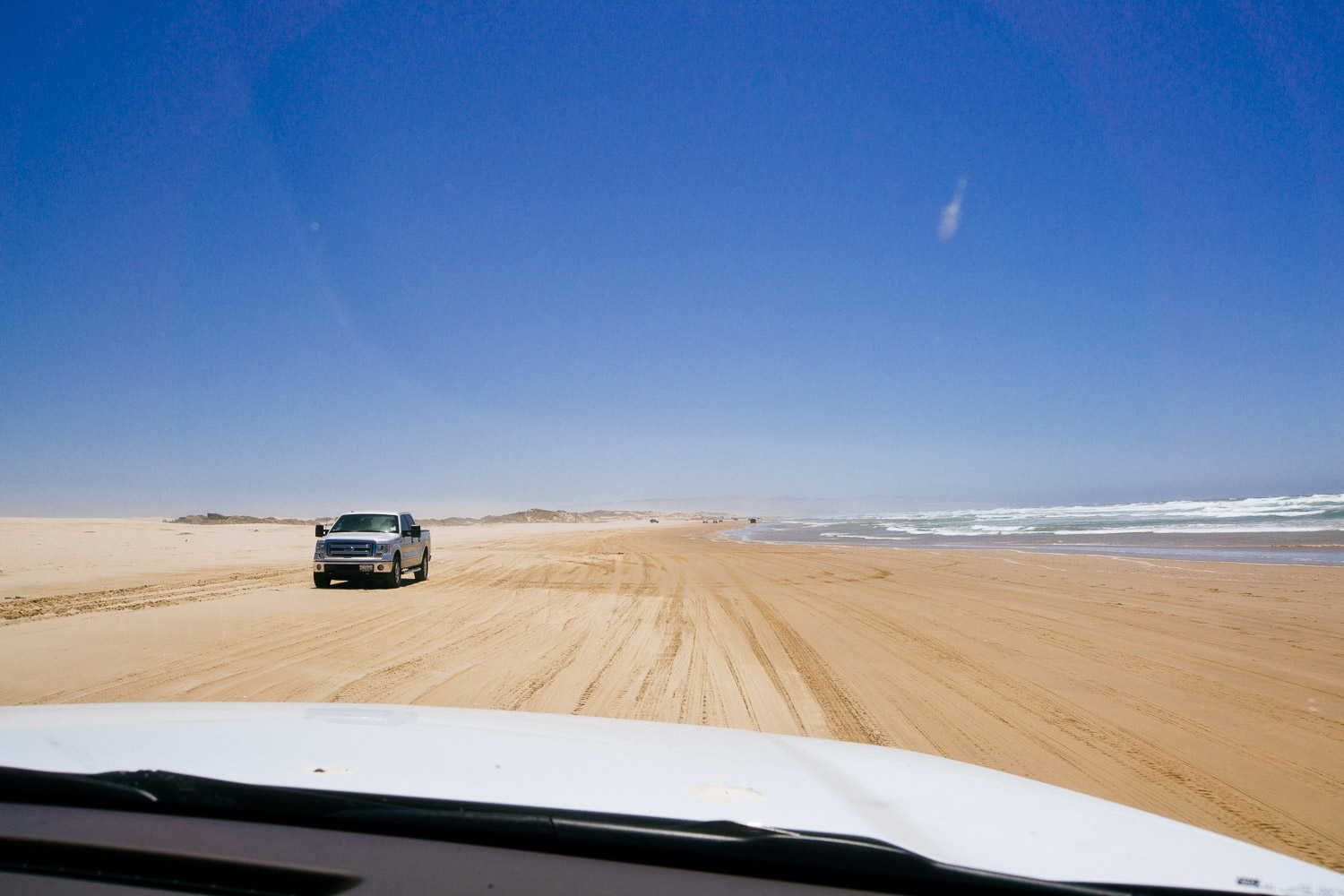 Only lunch time but we were tired. We visited the sea elephants in San Simeon before breakfast, walked the beach in Morro Bay and Pismo beach pier. Too tired to walk the beach again. No problem – we are in the USA.

If there ever was a country made for the car it’s the USA. And that’s especially true in California. There are drive in restaurants, banks and mailboxes. So it’s only consequent to have drive-on beaches. Like the one here next to Pismo beach. The Oceano Dunes Vehicular Recreation Area. A long name but in short it means that you don’t have to walk for miles. You just drive. I love this country! Even though our Chevrolet Tahoe was rear wheel drive only we went for a ride. 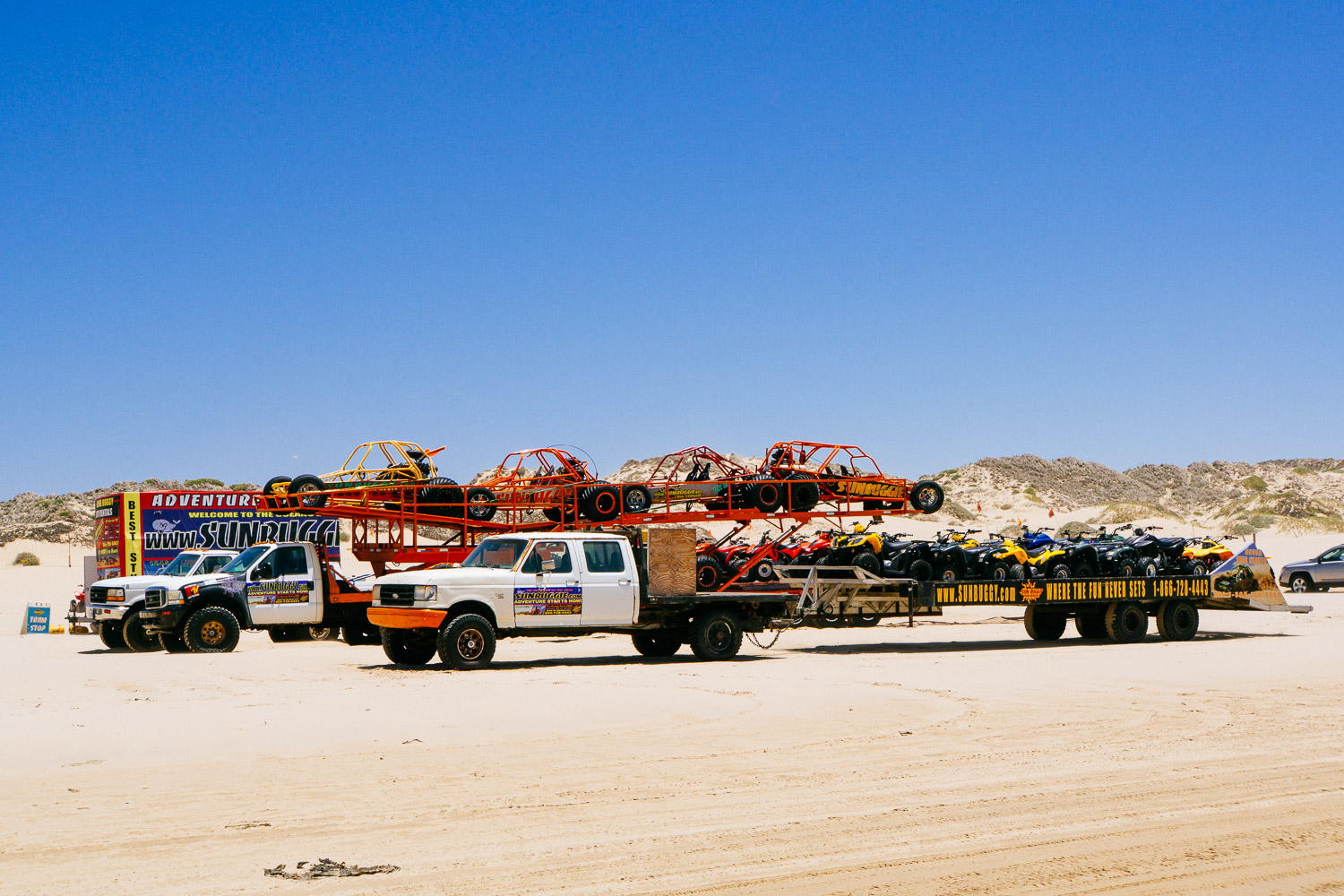 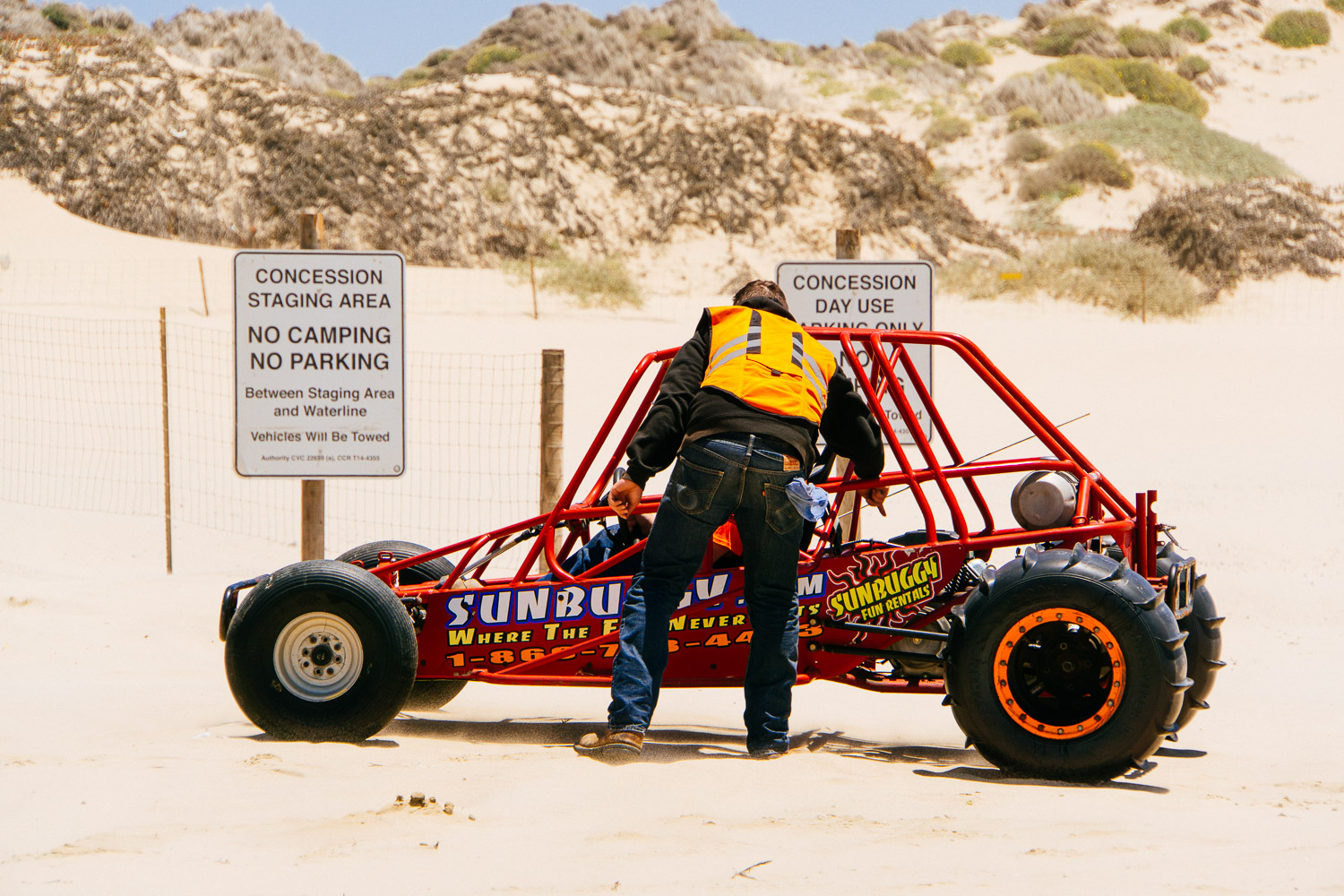 Just make sure that you stay on the hard sand. The wet one close to the water.

If you really plan to go “off-road” there are plenty of quads and ATVs (all terrain vehicles) to hire. I was ready to ignore my lower back and give it a try but my wife was less keen to spend an hour in a beach buggy from Mad Max. But the real reason why we did not go for a ride was the strong wind which reduced the ground visibility to zero. The idea to eat sand for an hour while cruising along at a pedestrian speed wasn’t tempting. But I will be back! 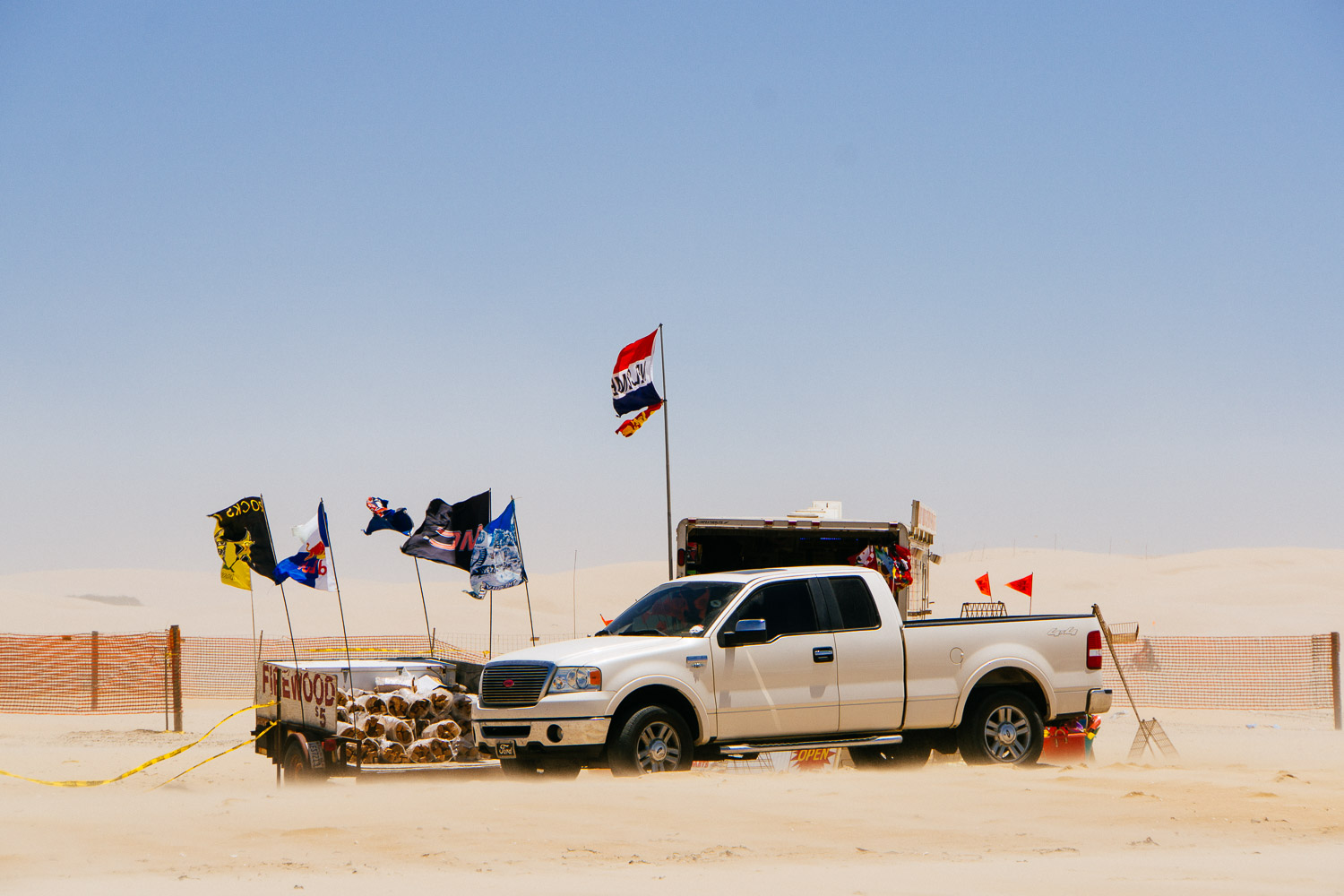 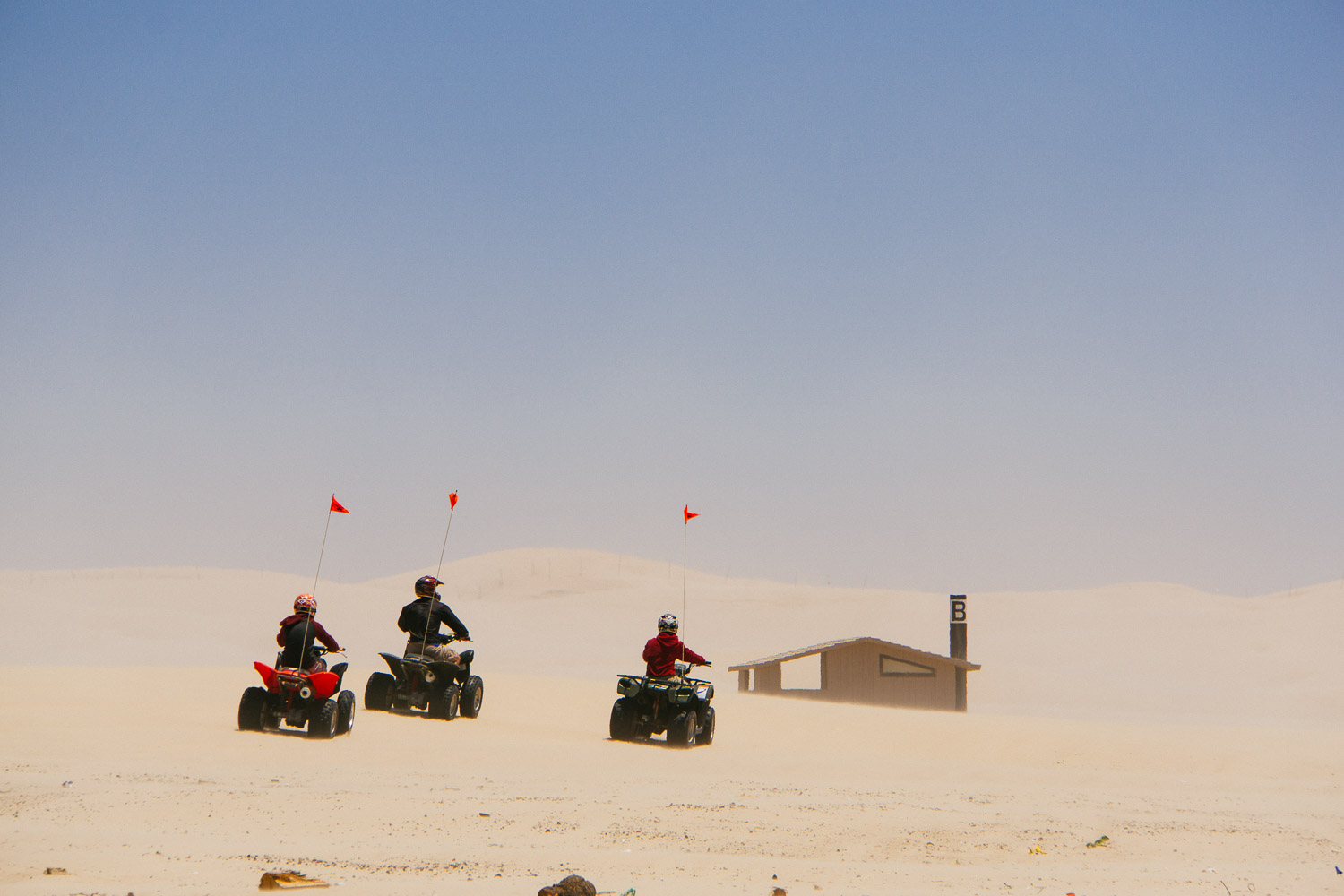 Because of the conditions business was slow. We only saw those three fellows on quads and one guy in an ATV. Thanks to the poor visibility they were all driving very slowly so it was still nice and quiet. It might be a completely different picture when all those vehicles are out on Fury Road.

Behause of all the sand in the air I left my Fuji cameras in the bag to avoid a dusty sensor. I only shot the Sony A6000 plus the 18-200 OSS LE. This combo was our out of the car camera and my wife also shot it occasionally. We put it into the gigantic middle console in one of the cup holders so that is was there whenever we needed it. Like now.

The Sony 18-200 OSS LE might not be the sharpest lens on the planet but it’s still surprisingly good for a super zoom. Ten years before this trip I was traveling through Northern Spain. At that time I shot my Nikon D200 with a Nikkor 18-200 VR that I had borrowed from a friend. Of course it is impossible to compare those setups but the Sony is much better. The sensor of the A6000 is miles ahead of the D200 but I also think the Sony lens is better than the one from Nikon. And its AF is better too and allowed me to capture the ten pelicans flying close above the water.

So a much better output in a much smaller package and still on this trip the Sony A6000 was nothing but a “side shooter”.

Nowadays we photographers are truly spoiled. 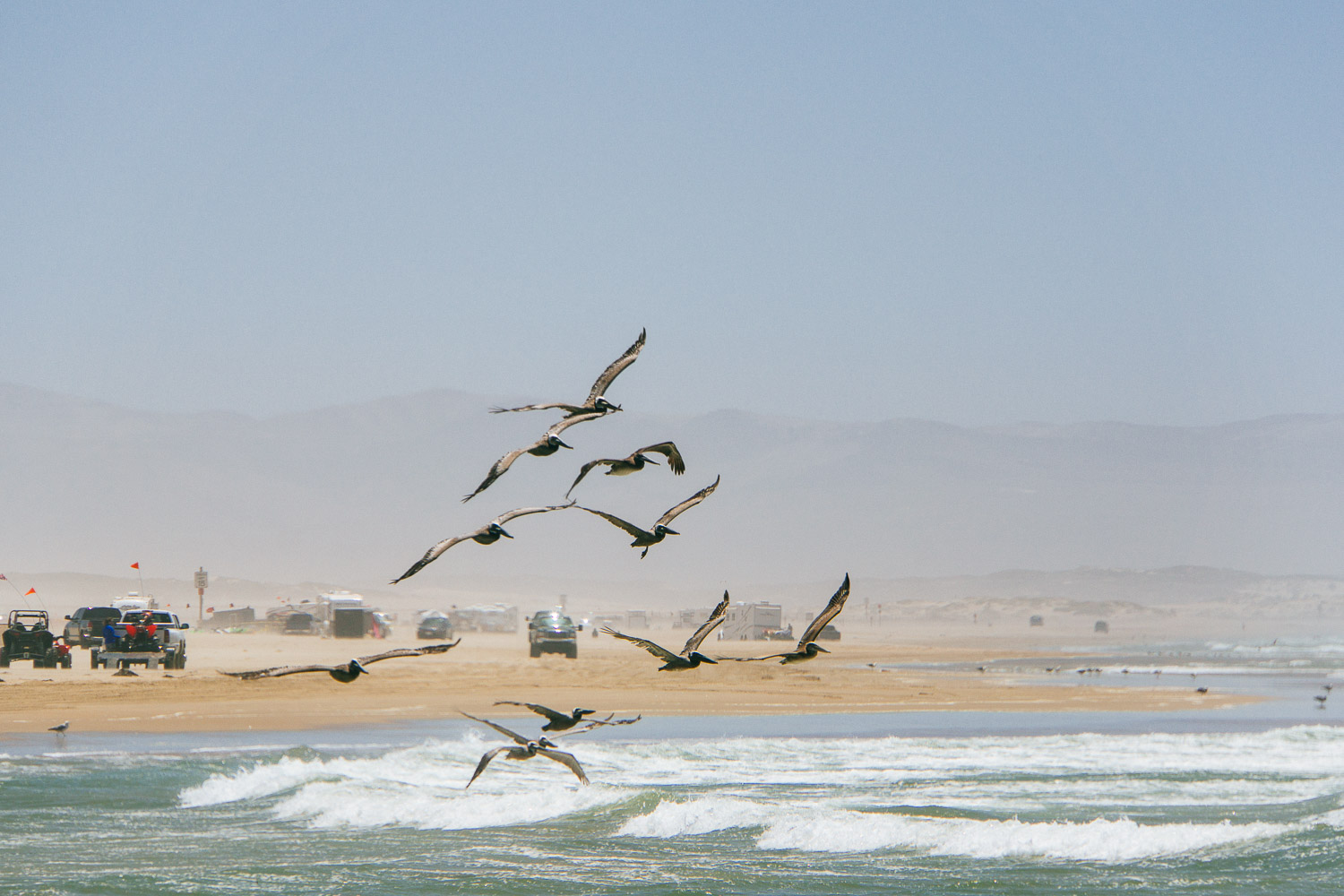