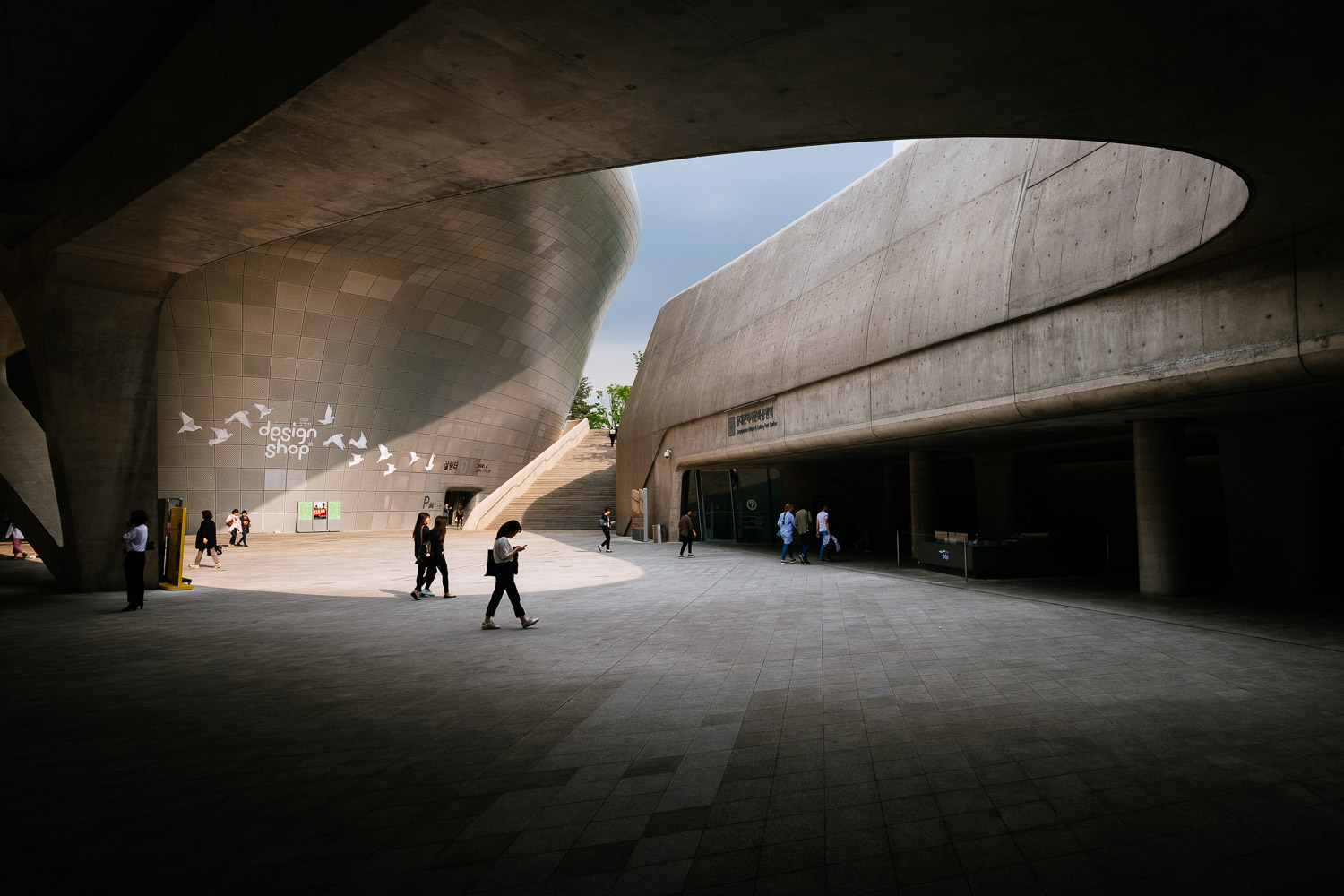 What a trip! Korea and Japan. Here is a first look. Three images from Seoul, three from Osaka and three pictures taken in Tokyo.

Last year I visited Japan for the very first time. I had less than a week and beside the arrival day I had almost no time for photography. This time was different. I had one weekend in Osaka and one weekend in Tokyo because I extended my stay. Plenty of time to explore those cities. I took the same gear I have chosen for my last trip to India this year. My Fuji X Pro-2 plus the XF 14/2.8 R, the XF 23/2 WR and the XF 35/1.4 R. It seems that I have finally settled for this small but very capable setup.

Very close to the gear I took on my very first business trip to South East Asia more than four years ago: X Pro-1, 14/2.8, 18/2.0 and 35/1.4. Even my camera bag is still the same. This little black ThinkTank Retrospective 5 has traveled more than many people I know. 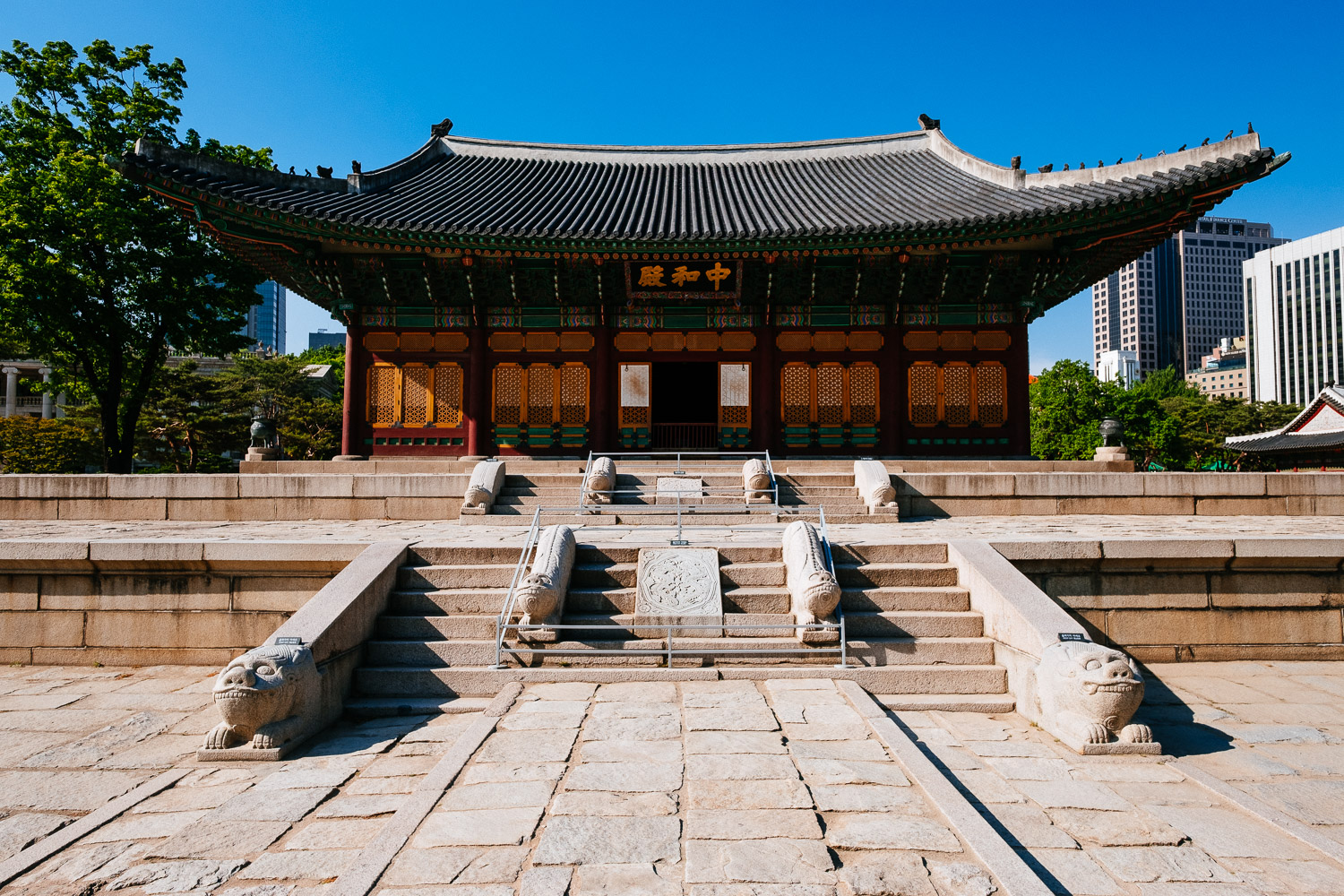 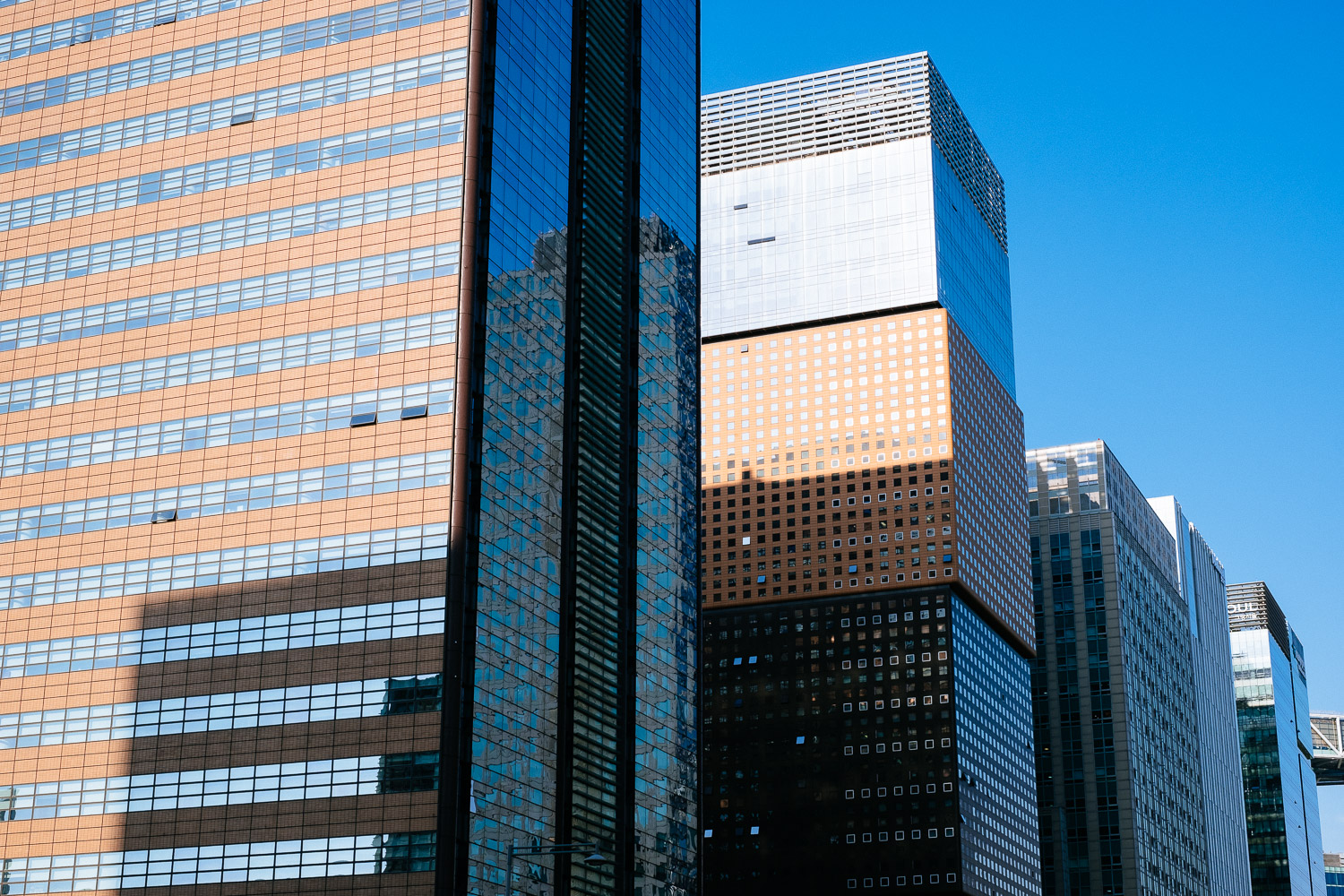 This was my first visit to Seoul. My first visit in Korea. I was surprised how modern it was. There was free Wifi in many places, great public transport which is simple to use for foreigners and wide roads and a very civilised traffic.

A true contrast to its neighbour in the North. People here learned to live with the constant threat and the missile tests. Nobody take them serious anymore. My hotel was in an area called Gangnam (the one from the song) and it had super fast internet with 80 Mbit! If you travel in Asia a lot you know that sometimes you are if you get 5. In my hotel in Jakarta I have 2 Mbit and this is the premium internet. The normal version is below 1! 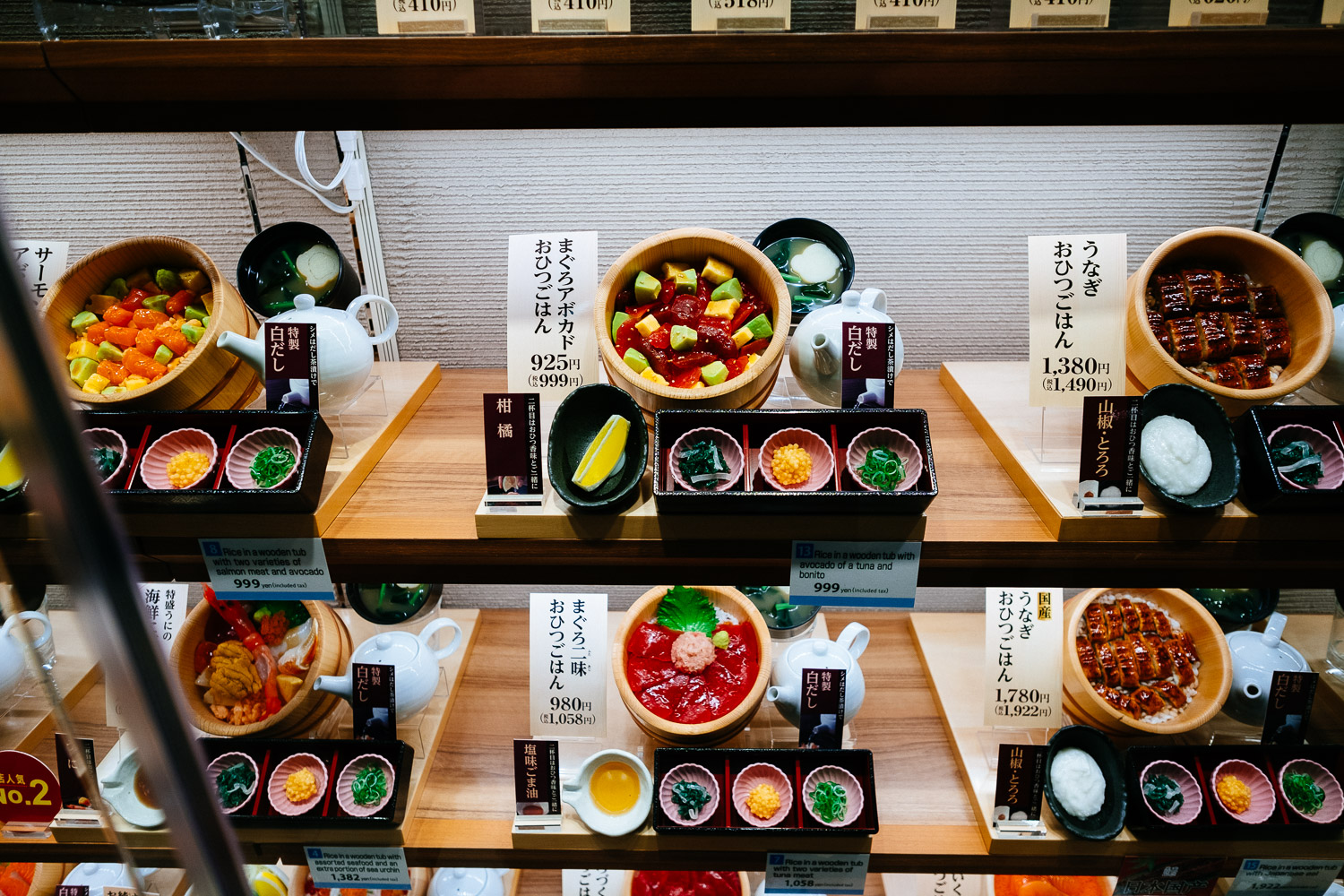 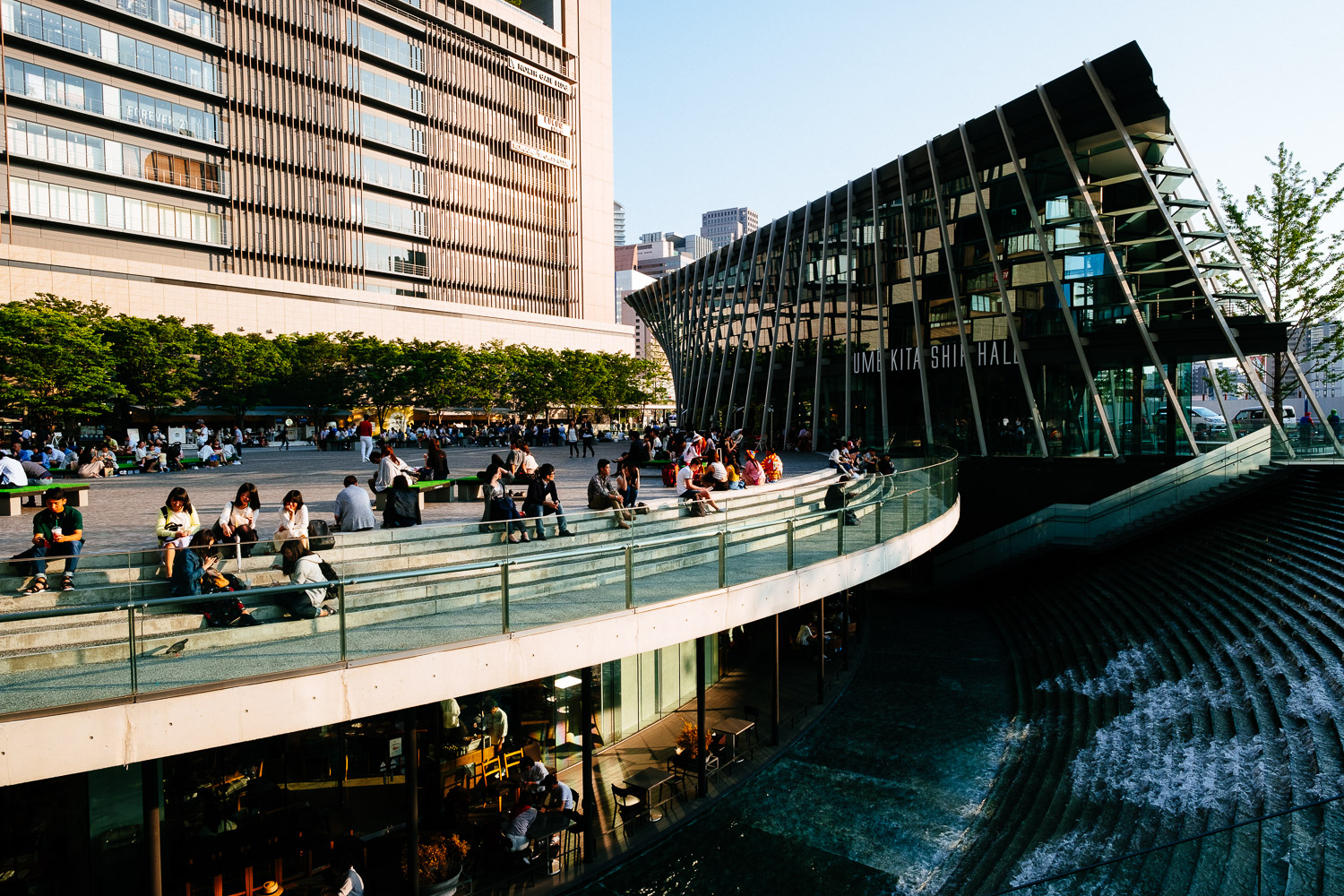 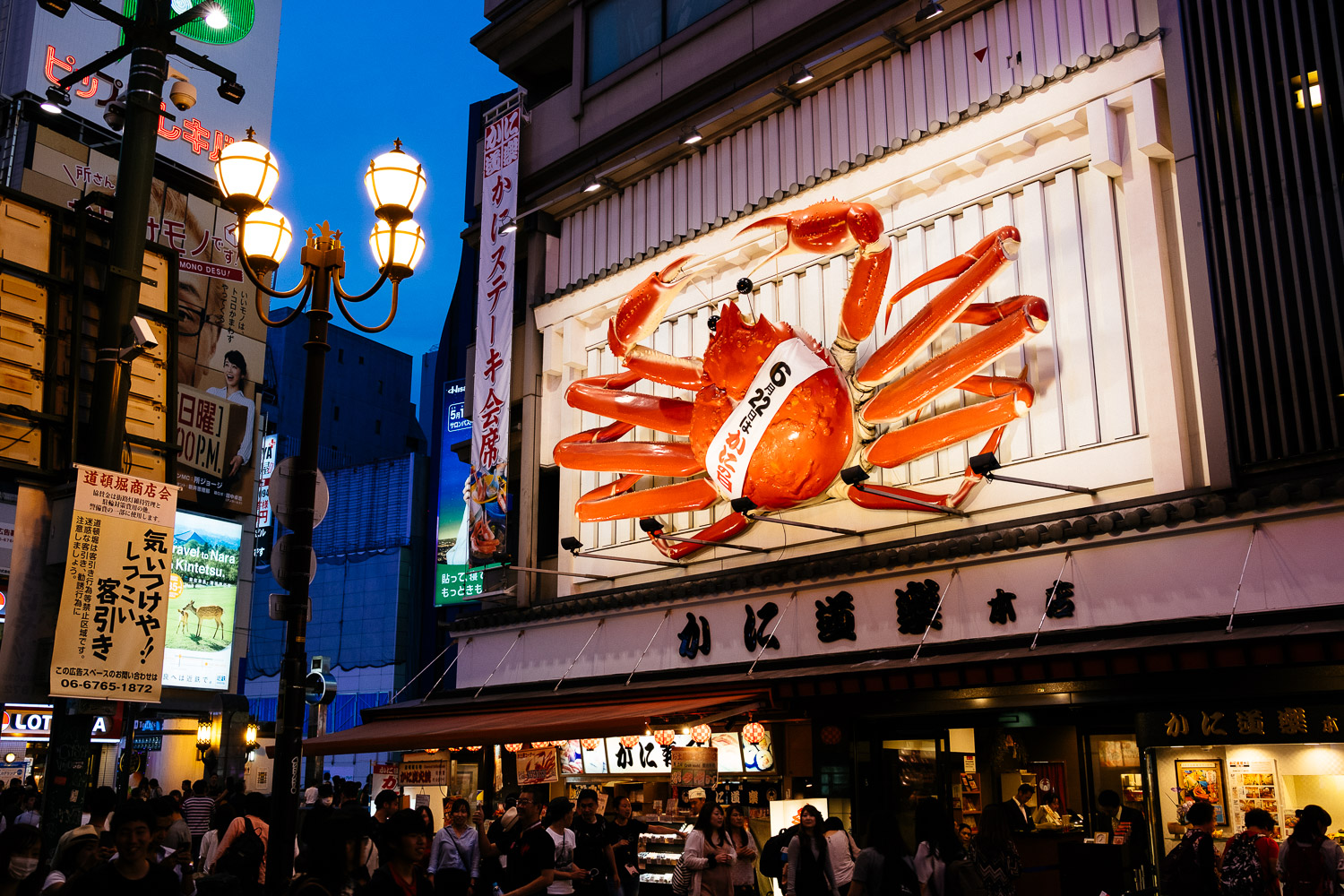 Second stop Osaka. Since I have covered the Kaiyukan aquarium during my last stay I was free to see other things. But my first destination was clear: Yodobashi Camera Umeda at Osaka station. I spend some time in the camera department and in the mobile audio department. I bought some very nice earphones there because those big shops in Japan are the only places I know where you can test earphone before you buy them.

WYSIWYG: The first image above is from the food court in the 8th floor of the building. I had some very nice tuna sashimi with rice. The plastic food gives you the perfect impression of what your food will look like. What you see is what you get.

After lunch a quick coffee in the stylish building just outside the station plus some sightseeing. Next day I visited Dotombori plus Shinsaibashi street. Here is the top tipp: Don’t waste too much time especially on the Shinsaibashi shopping street. I did and there is nothing to see except if shopping is your thing of course. But Dotombori has a lot of restaurants and I had a very nice tuna sushi set there. 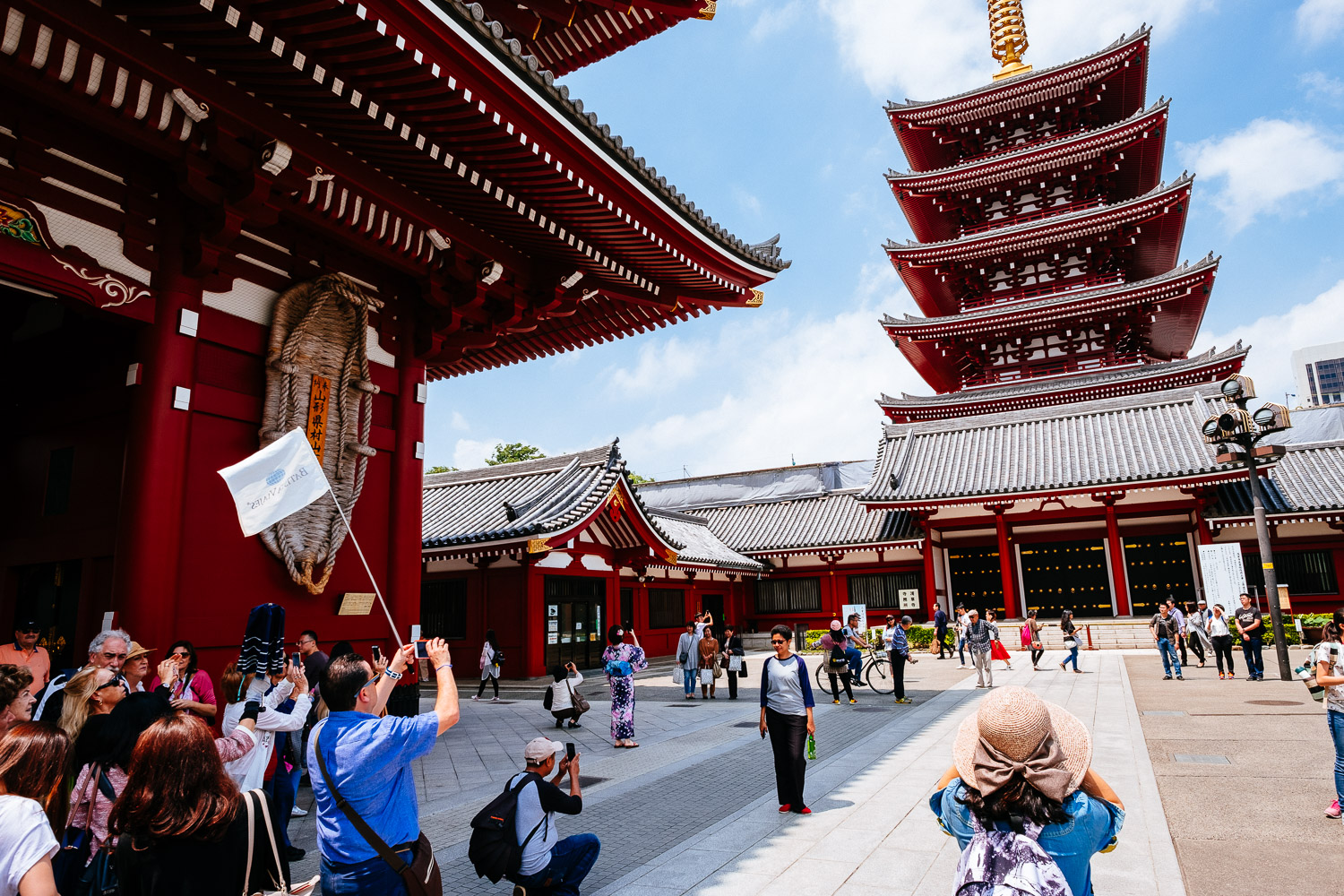 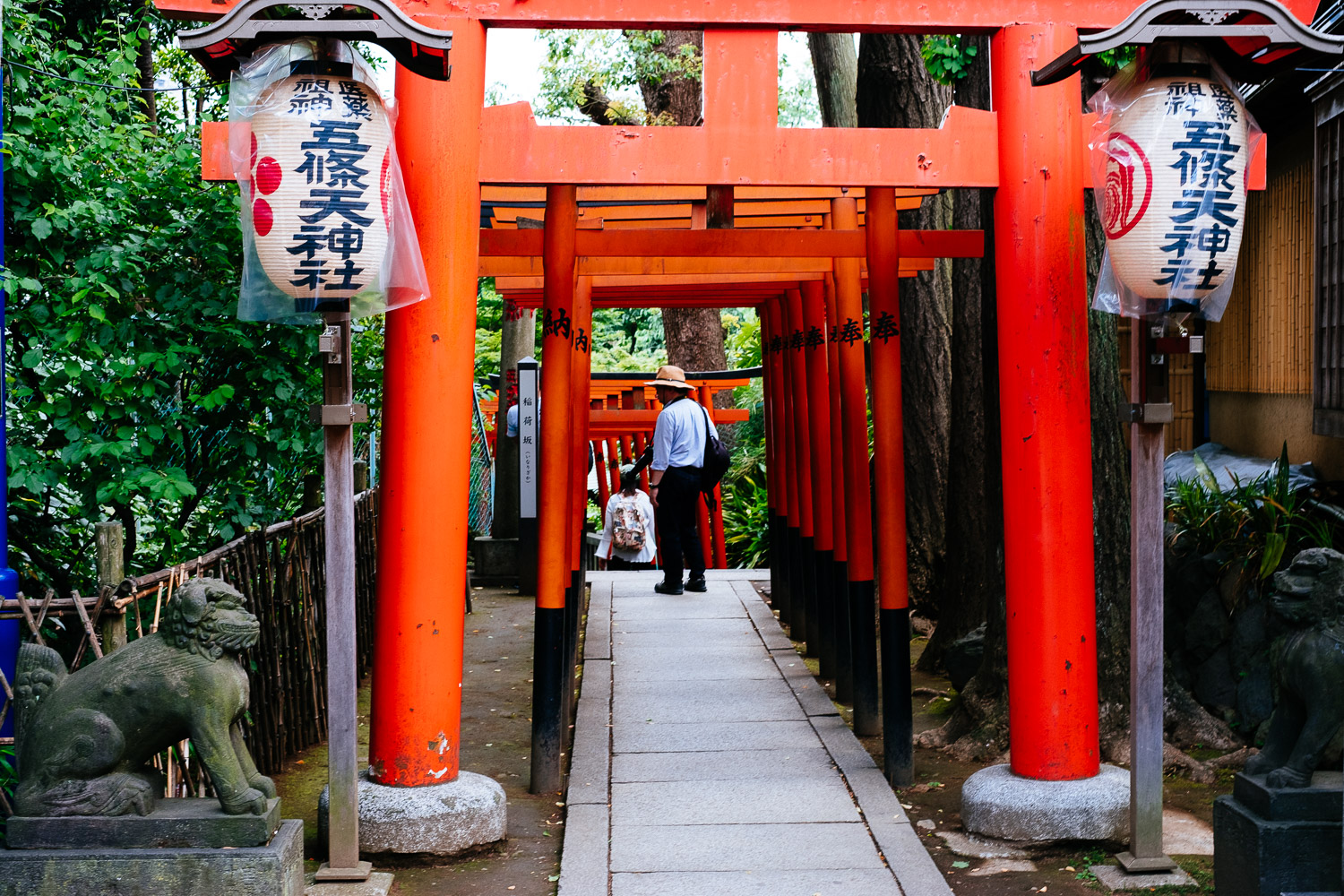 Finally Tokyo. The biggest metropolitan area in the world. It has the same population as California but of course it is much smaller. Extremely dense and busy and exhausting. A fantastic city to visit but also a place that makes me appreciate the place where I live. Luckily there are some slightly quieter parks too.

The touristic spots are crowded too. There are thousands of tourists mainly from China. It’s truly hard to find a place to rest so the last image is misleading. Don’t come here if you are seeking contemplation.

Some additional words about the gear. Why shooting three primes instead of one zoom? I’m not a snob who thinks that primes are better than zooms in general and that if you want the very best image quality you have to shoot primes. And like everybody else I don’t like to switch lenses.

So why primes instead of the kit lens? The main reason the 18-55 OIS is unattractive for me is its range. It only starts at 18mm which is simply not wide enough on an APS-C sensor. On this trip I shot 42% of all images with the 14mm. On some of my previous trips to Asia the percentage was much higher. The 23mm I used for 35% of my pictures and the 35mm for 23%. Wide is important for me.

Why not the 16-55/2.8 then? Unlike many others I’m not bothered by the lack of OIS. I think it is an overrated feature as long as you don’t shoot video. I don’t like it’s size and weight. I’m aware that my three primes put together would have the same weight but I only have them on the camera one at a time. My primes are super small and light and compared to the 16-55/2.8 they are significantly wider and faster at the same time. And that’s the reason why I prefer those three primes over the big zoom.

I might get the 16-55/2.8 one day to replace my kit lens when I go on vacation but I doubt that it will ever bring it on such a trip. 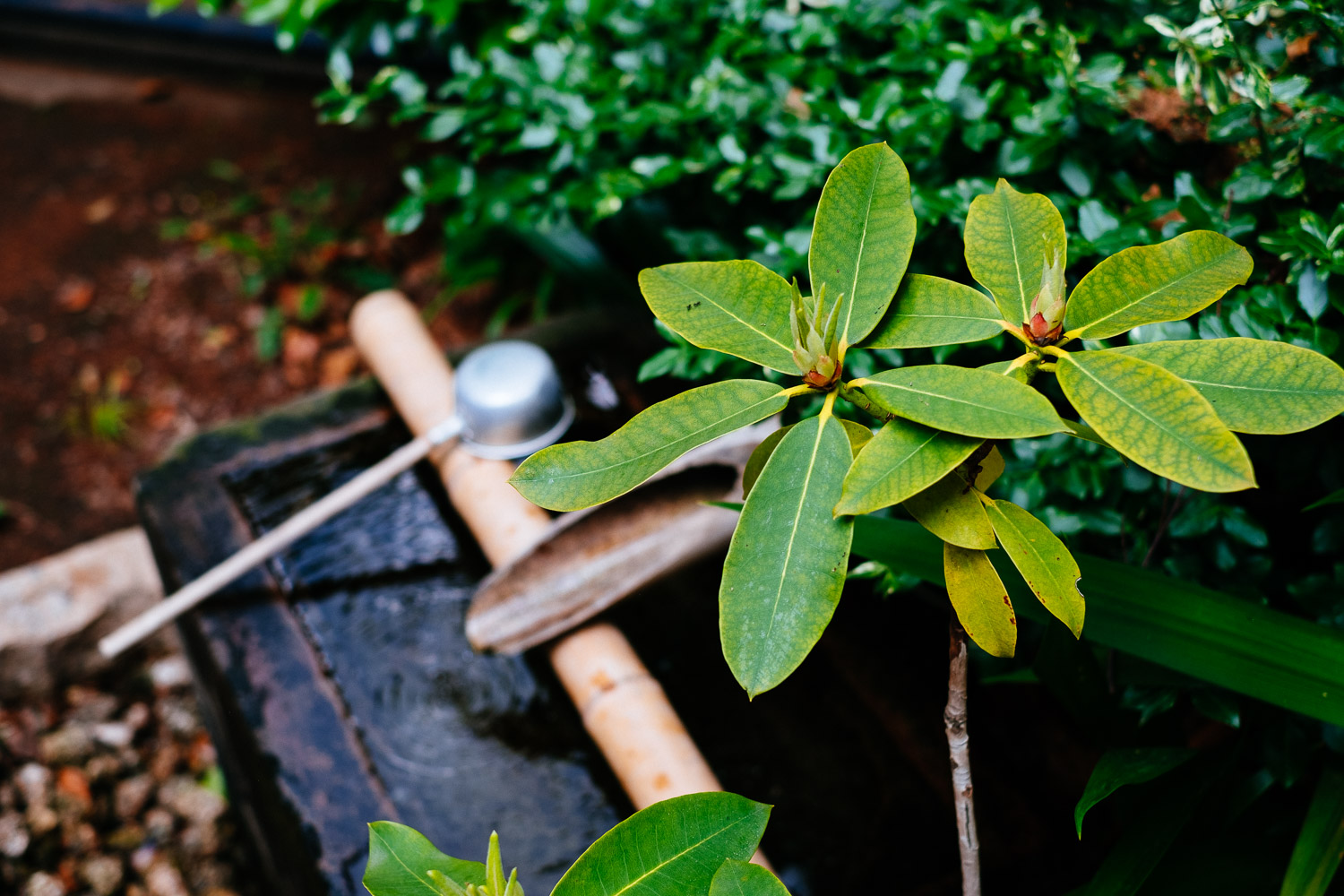