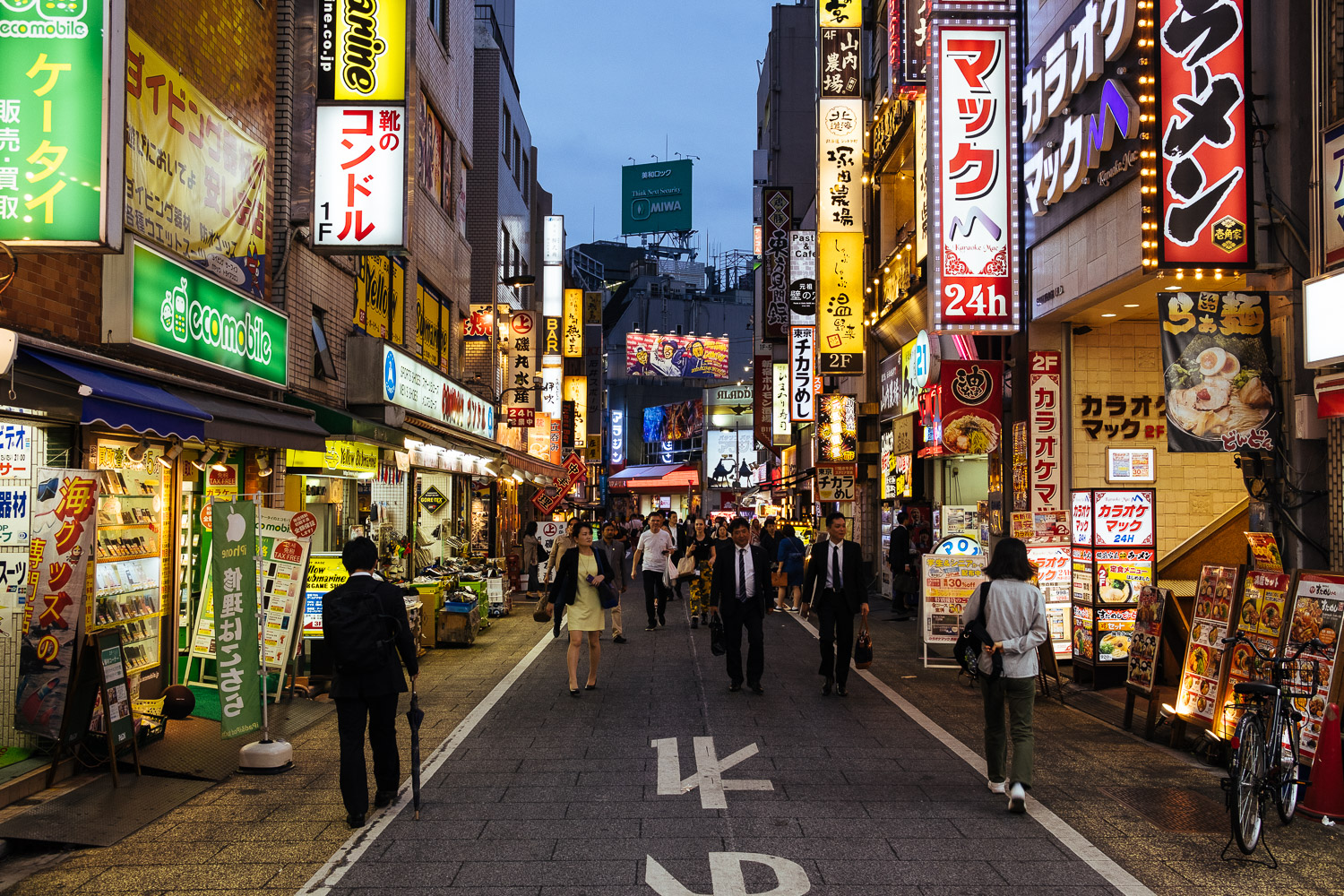 Within the last couple of years I got used to busy places. I traveled to huge megacities. This is the biggest megacity on earth and it is the busiest place on earth. Tokyo.

Tokyo, the city, is about 10 million citizens but the metropolitan area of Tokyo/Yokohama has 38 million which makes it the biggest metropolitan area in the world. Of course even such a city has its rather quiet places but this is not one of them. This is Shinjuku, home of the busiest translation with more than 2 million passengers per day. The reason why there are not more people in the pictures is simple. Similar to an iceberg you see only a small fraction, the rest is under water or in that case under ground. 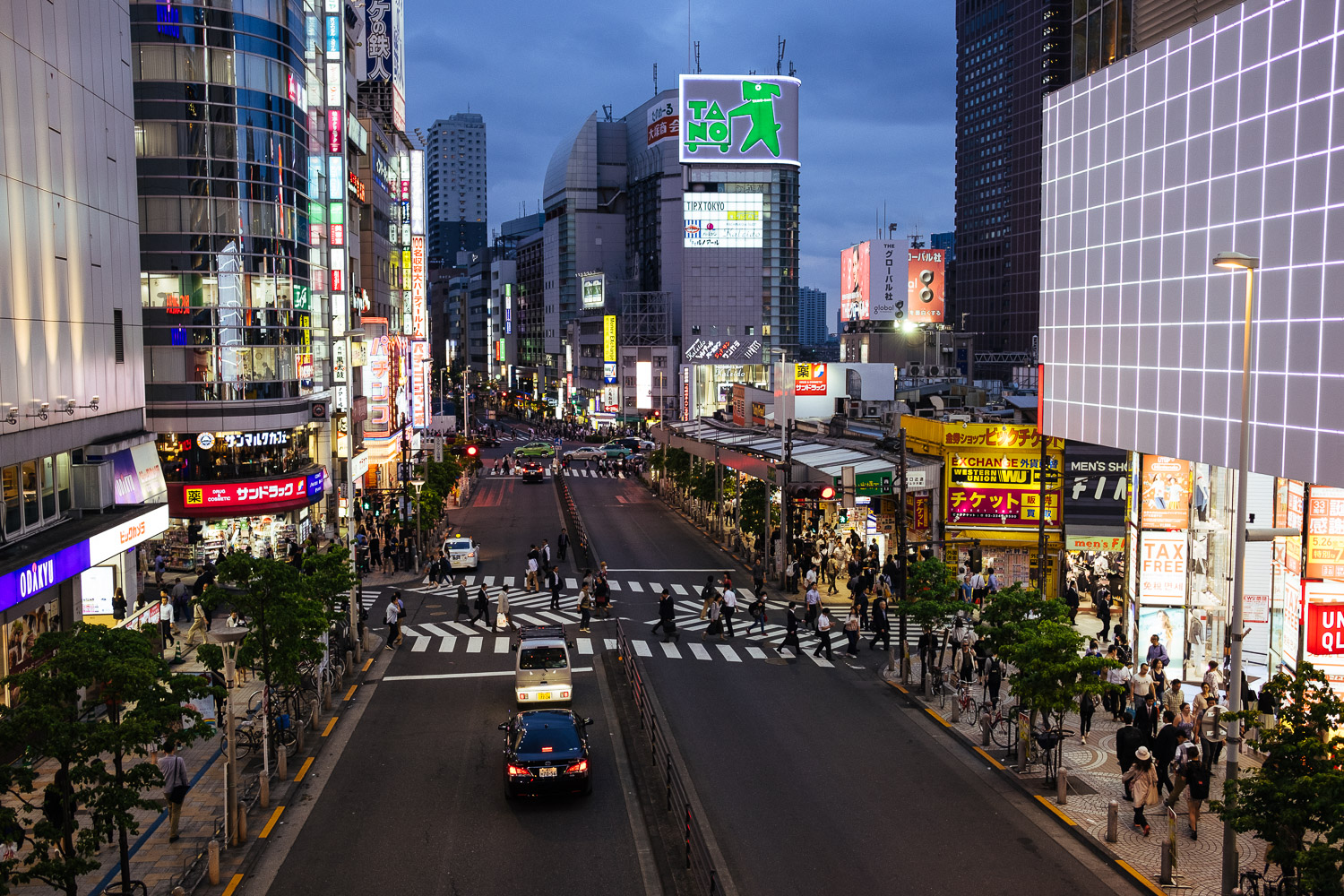 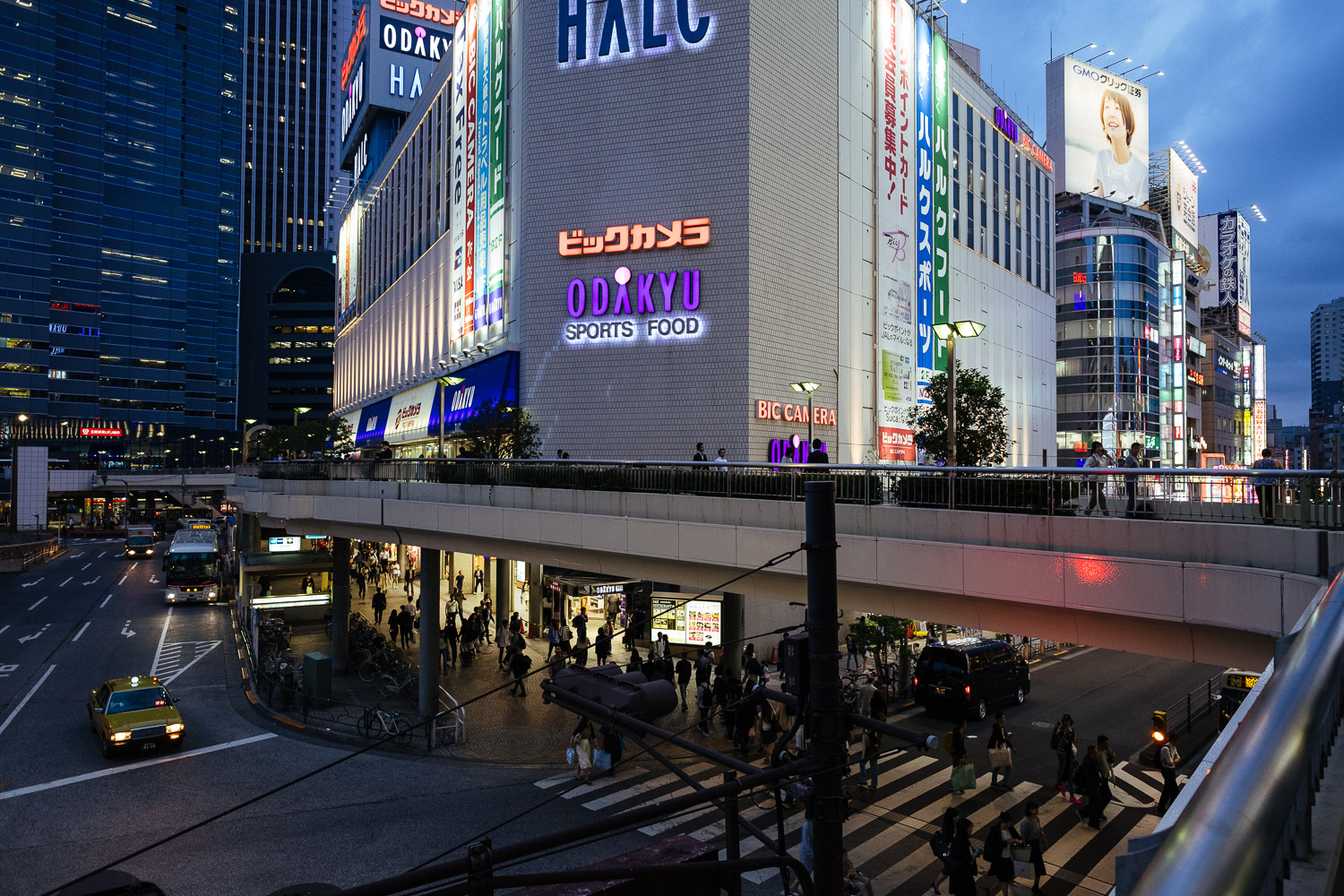 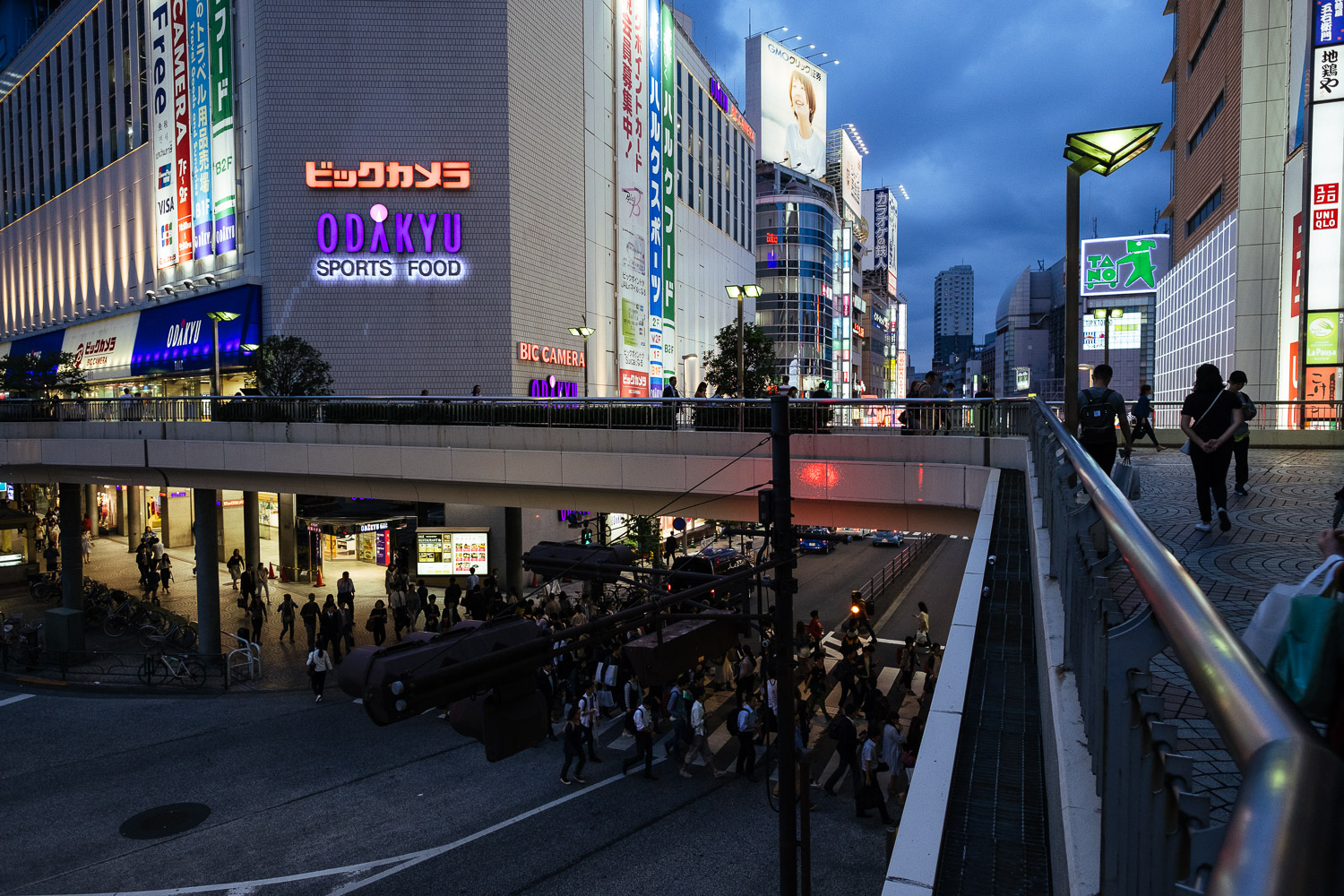 But there are still some around if you take a closer look at the image above. There is another picture of that pedestrian crossing further down that gives you an idea but it is nothing compared to the frenzy that is going on in the station itself. I still have three more days in Tokyo so maybe I’m brave enough to go down to take some pictures of the scene. I might also be able to see some pushers. Pushers are special subway personal that pushes the people in the train at rush hour and close the door. There are some videos on youtube in case you have not seen it before.

The Shinjuku station is gigantic and of course there is a high chance to get lost. Today I managed to find the right exit only because I asked a warden. Luckily the Bic camera – camera store is well know and offers orientation. 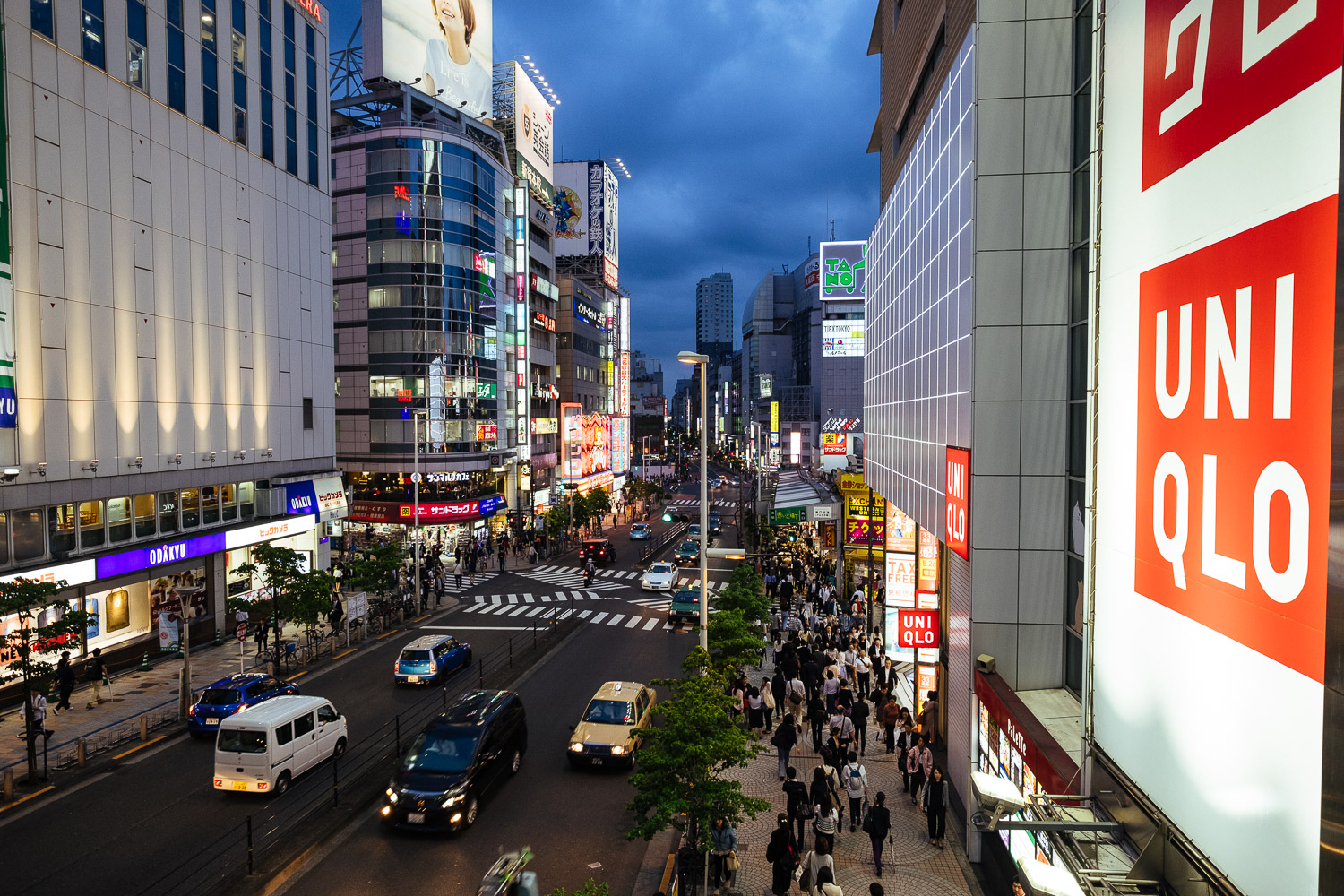 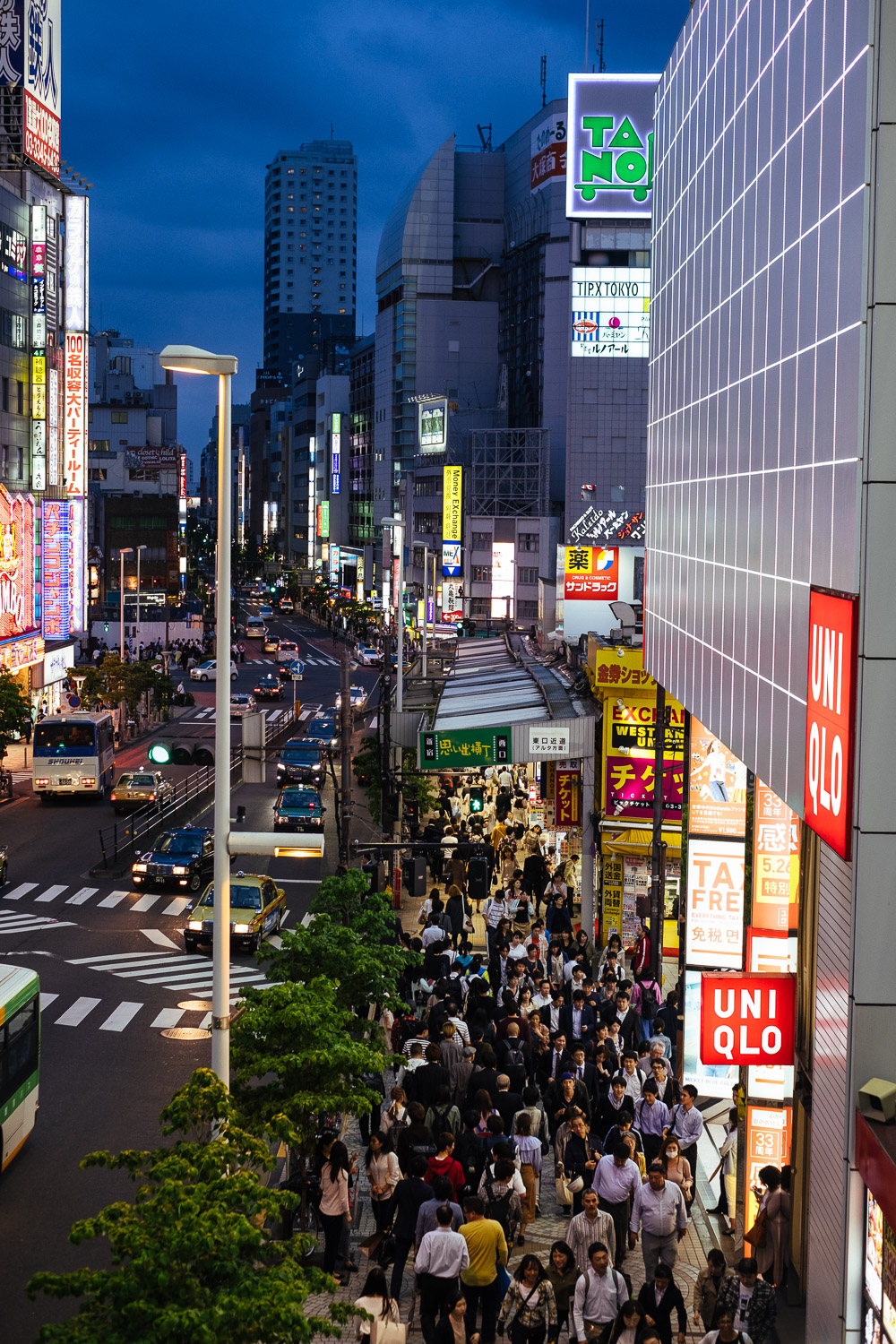 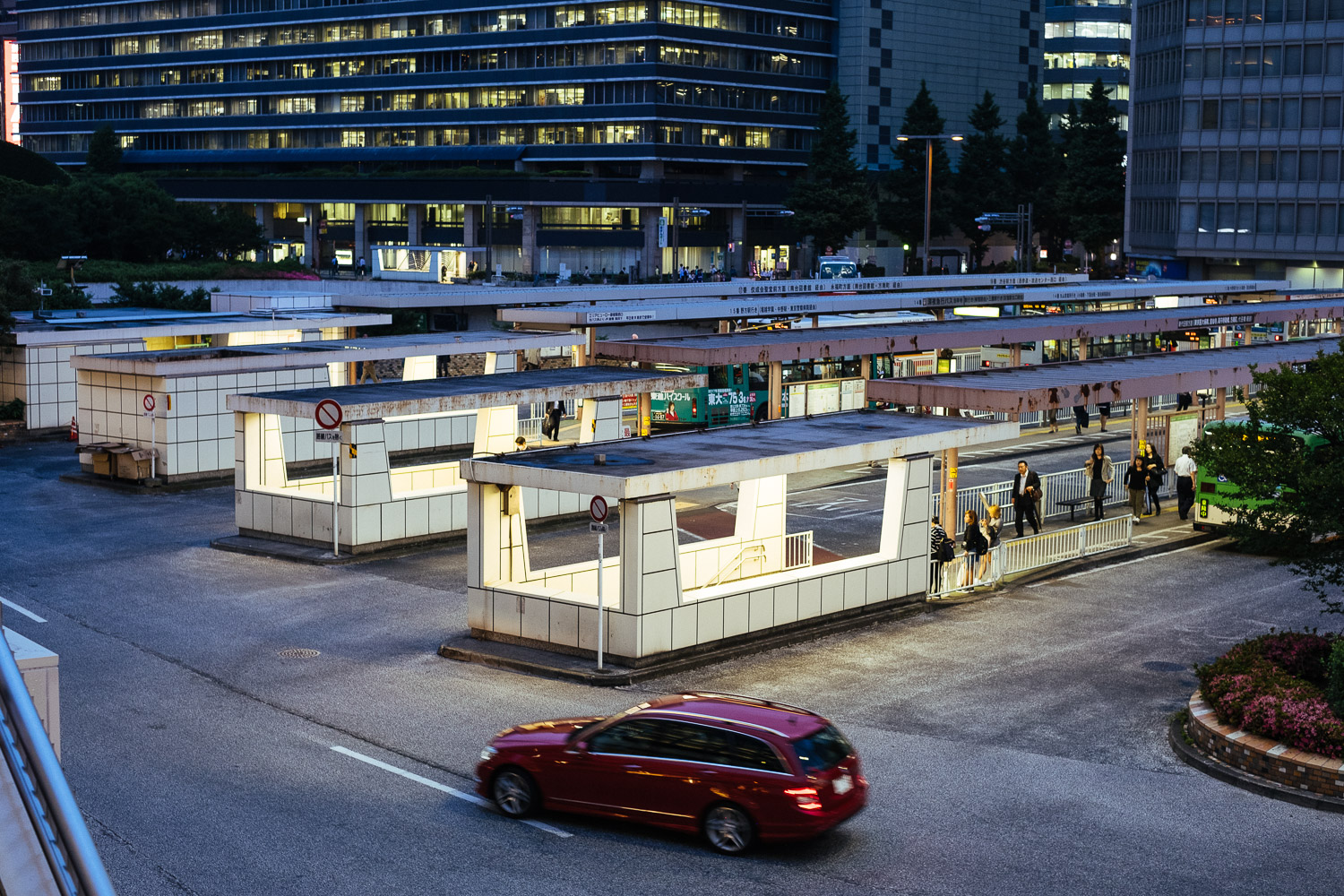 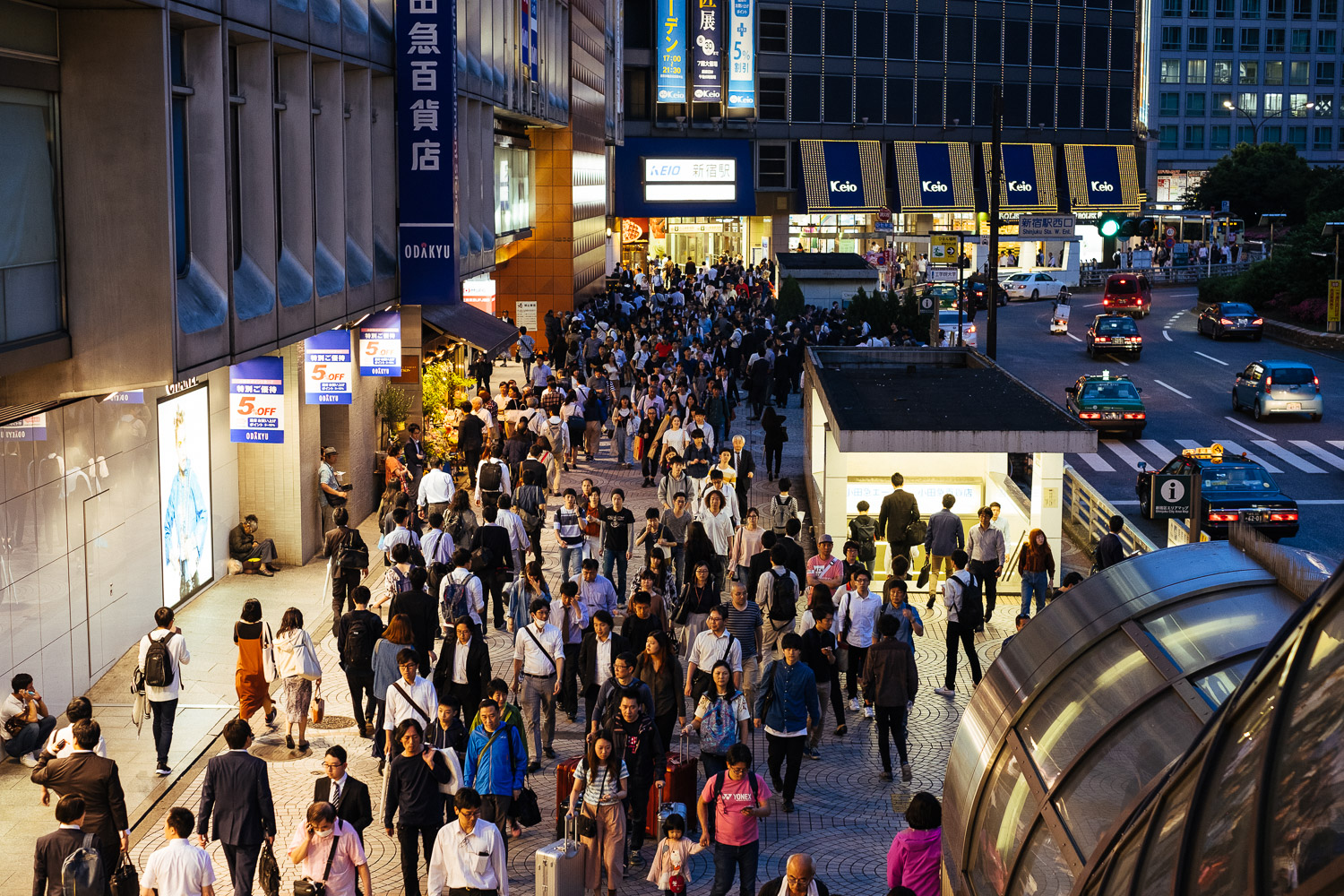 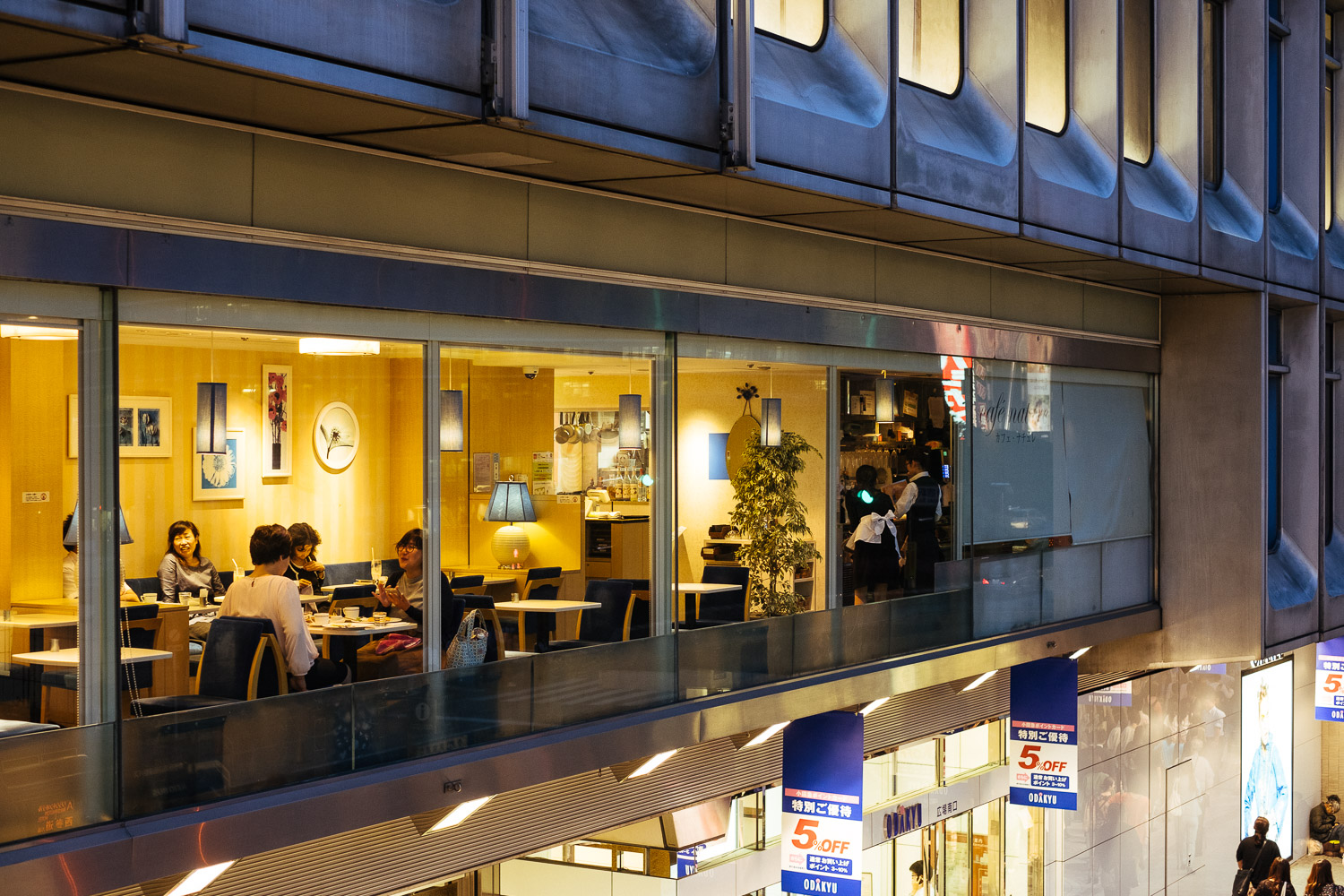 I left the hotel for dinner after sunset right at the blue hour. The name is misleading because it is far less than one hour. Blue half hour would be more accurate. This is the only time for night shots if you want to include the sky. If you start too early the sky is too bright and the lights might not be switched on and if you come too late the sky has turned black which is the guarantee for ugly looking night shots. No matter how much lamps and lights if the sky is a featureless black the shot is ruined.

Enough on that. Below you see the pedestrian crossing again. If you look closely you will see that they are walking in both directions but there is almost no room in between them. It almost looks like a solid block of humans. 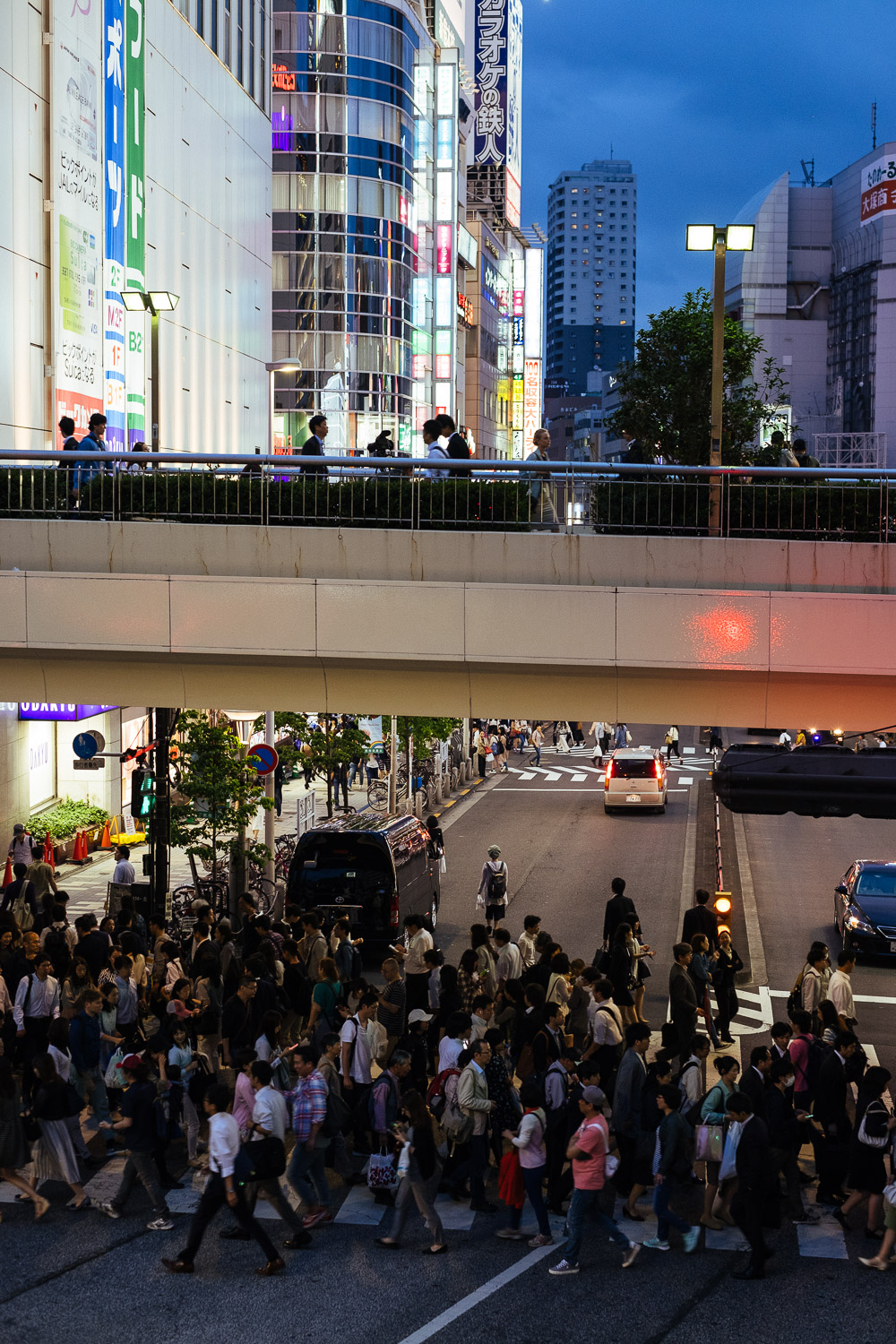 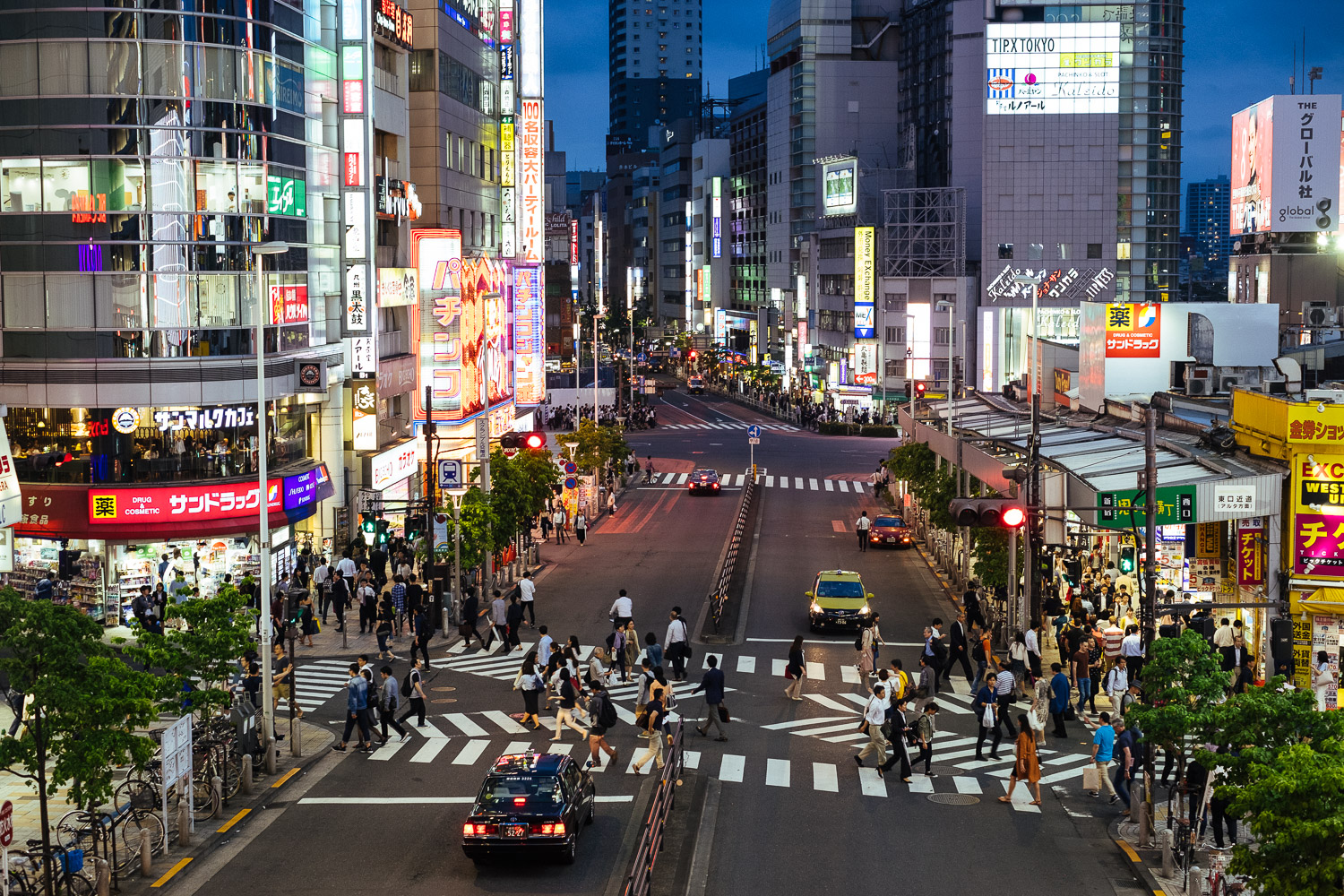 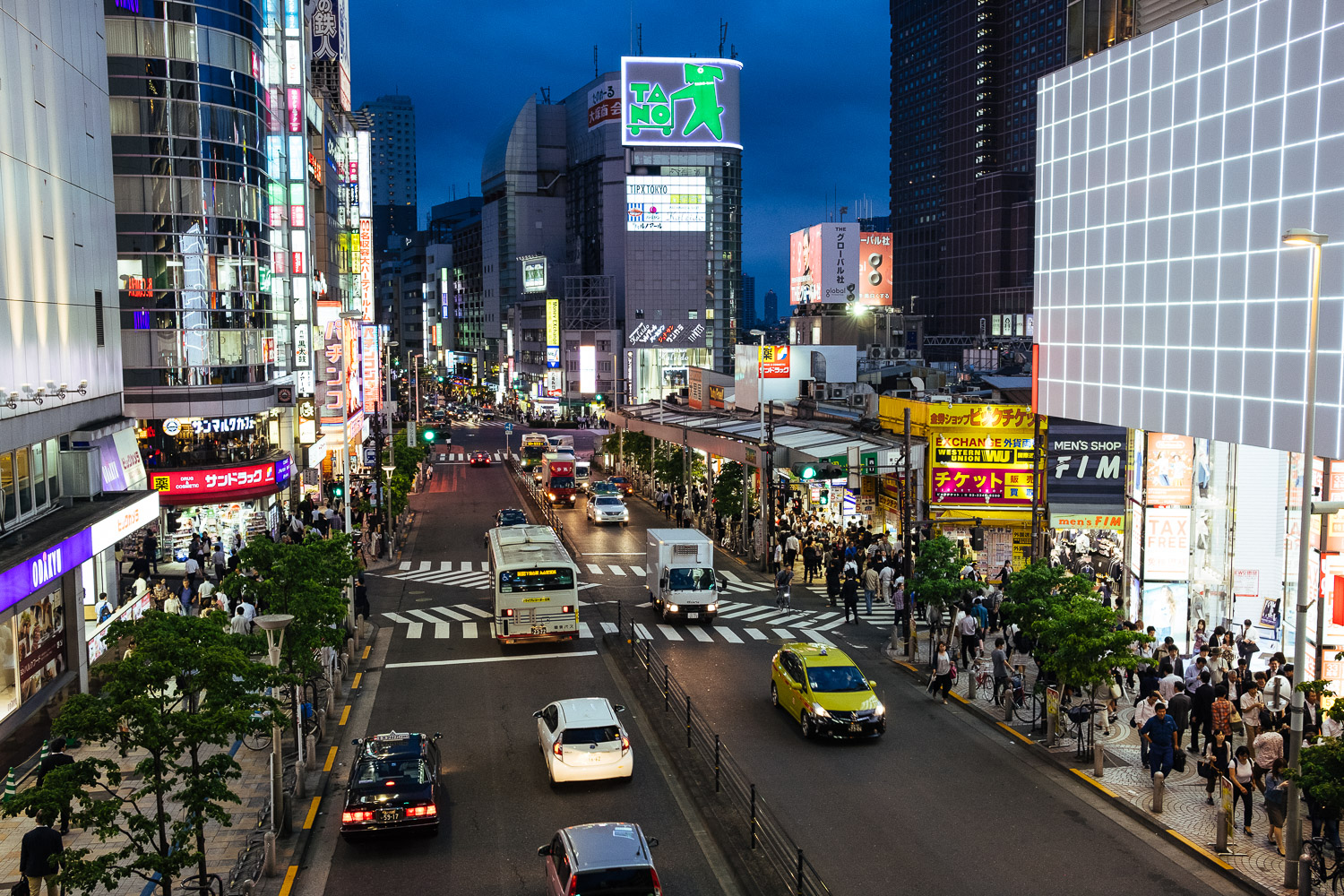 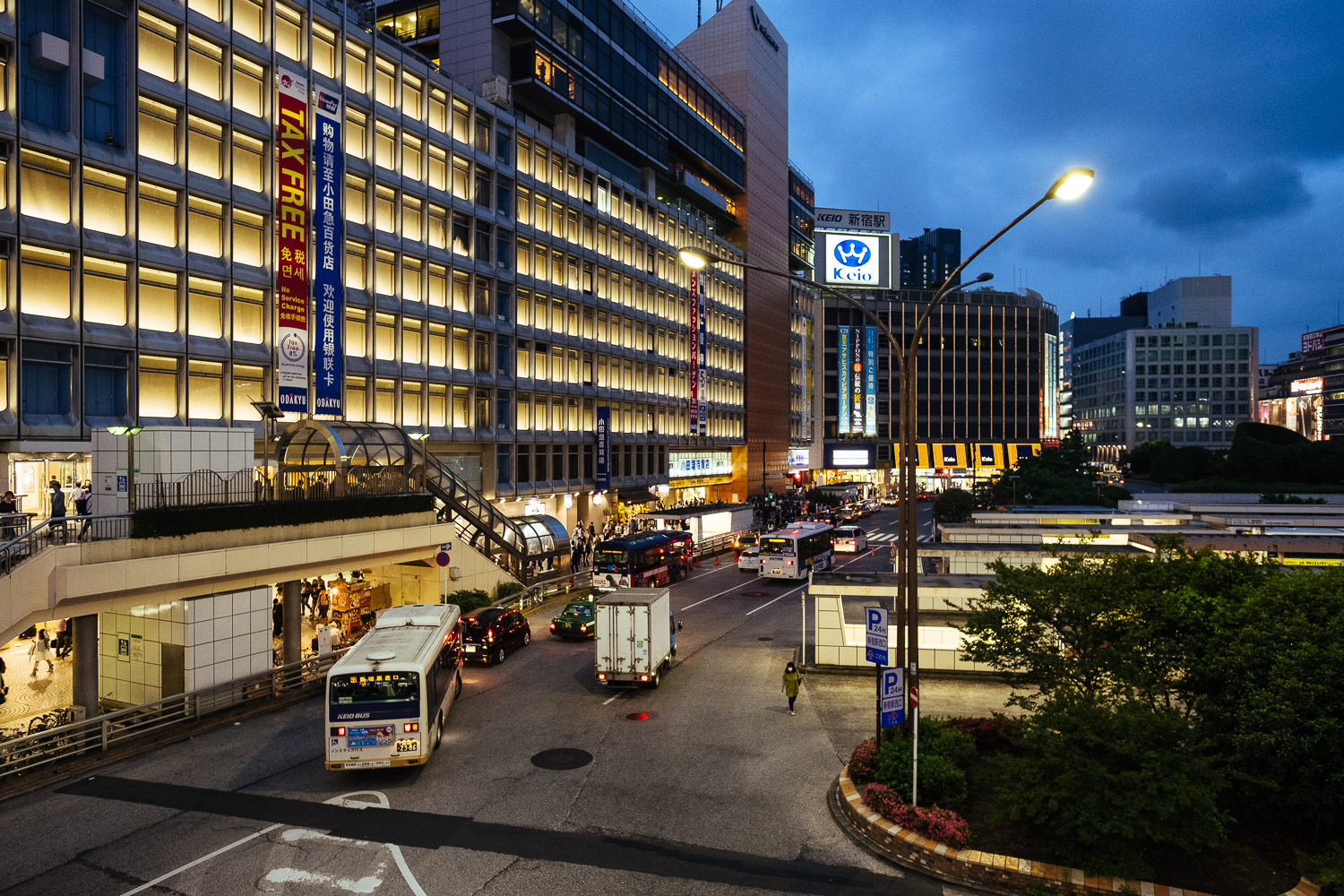 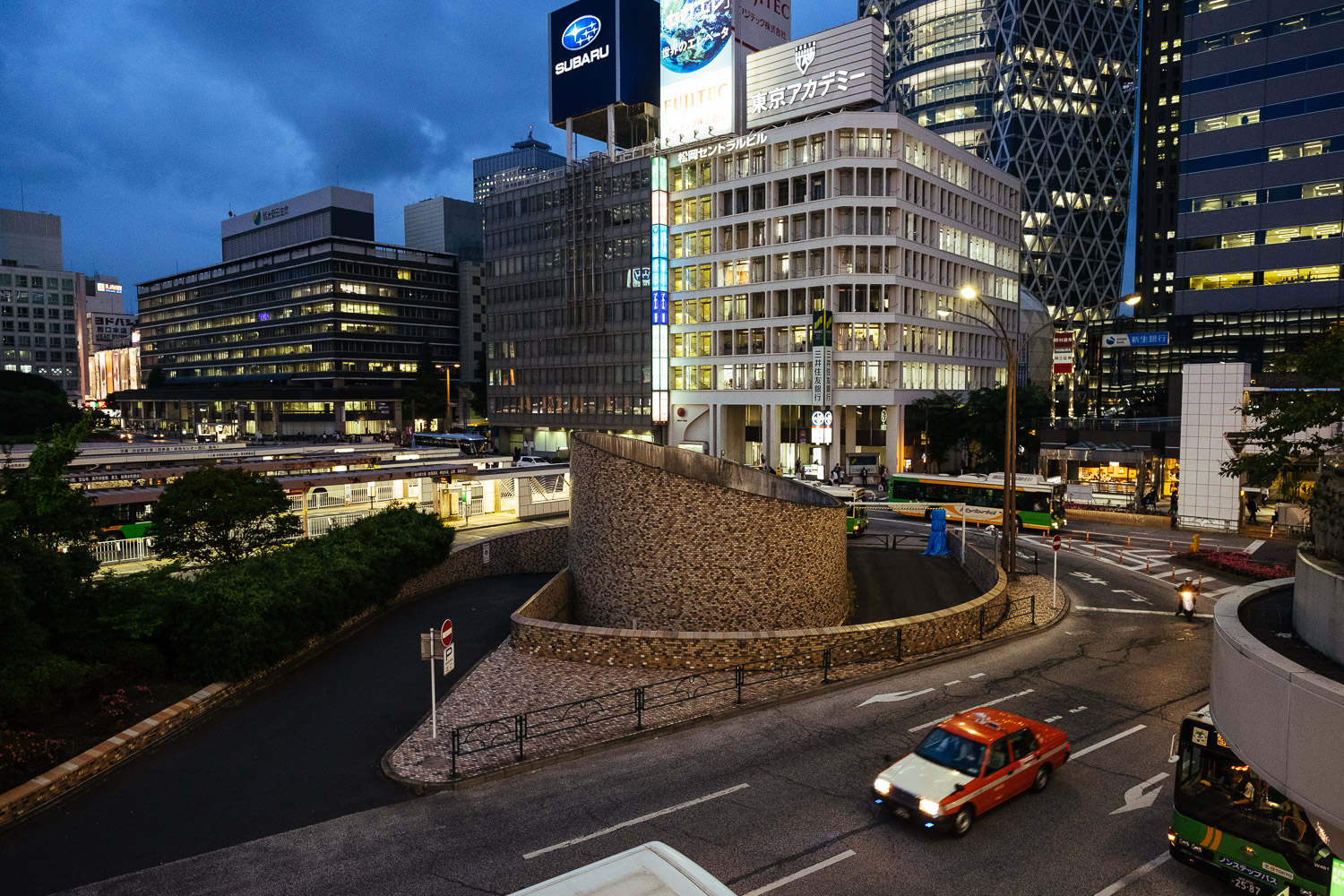 Time is not on your side during the blue hour so you have to options. Option A: you go for perfection and set up a tripod on one spot to get the perfect picture. Or Option B: you forget about the tripod so that you can move around quickly to cover most of the area. As you can see I went for the later option.

I shot rather fast. There is less than 30 minutes in between the first and the last shot and I took much more images that I have finally posted here. Even though I shot fast I always try to compose with great care and I also make sure that I don’t tilt the camera. There is nothing more annoying than tilted images. Thanks to the level meter in the EVF that turns green if the picture is perfectly horizontal this is much easier than it used to be. Unfortunately there is no level meter for the other axis but it is easy to watch for falling buildings. Only of the camera is in perfect level the buildings stand straight. I always take care of that while shooting because it significantly reduces pp time. 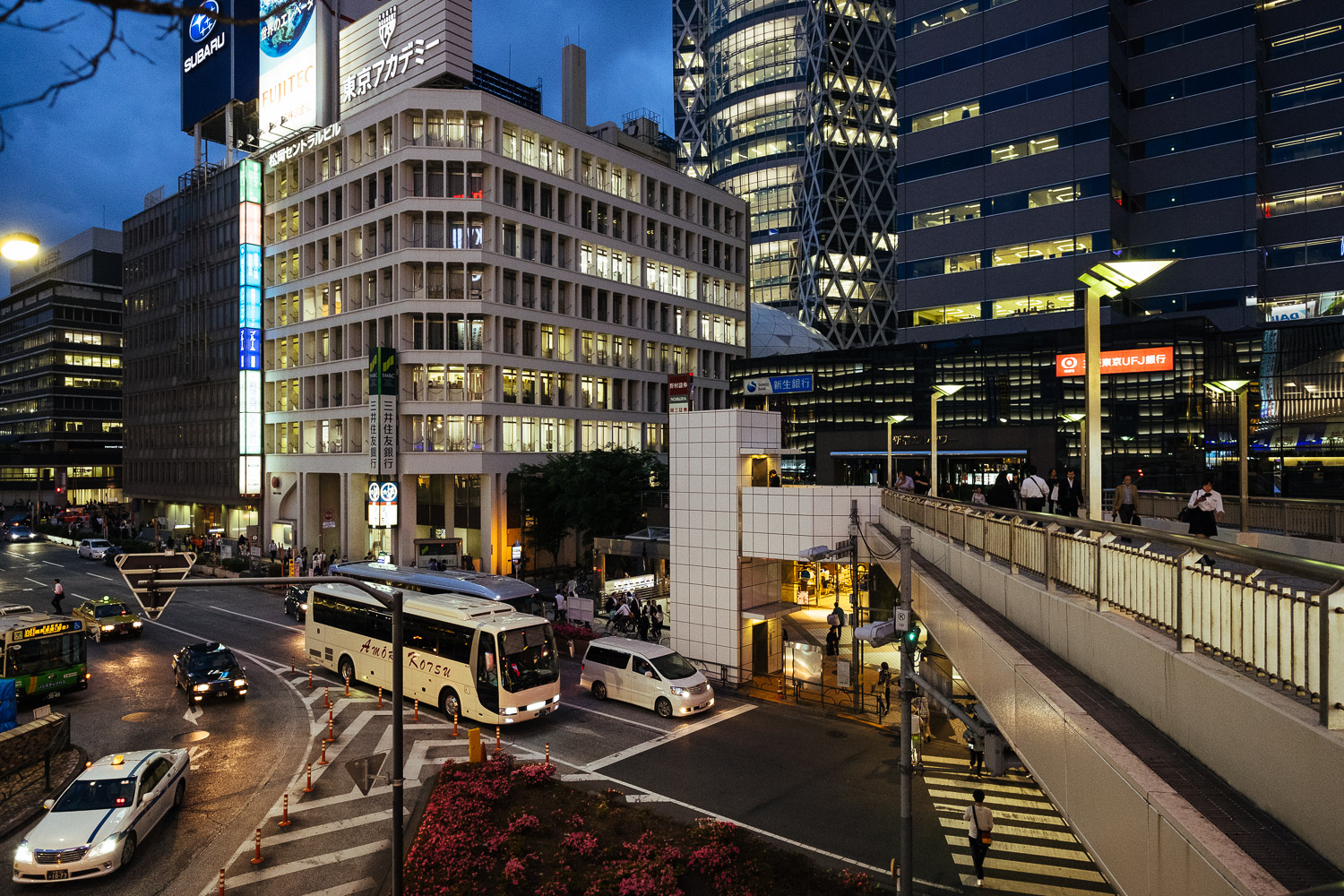 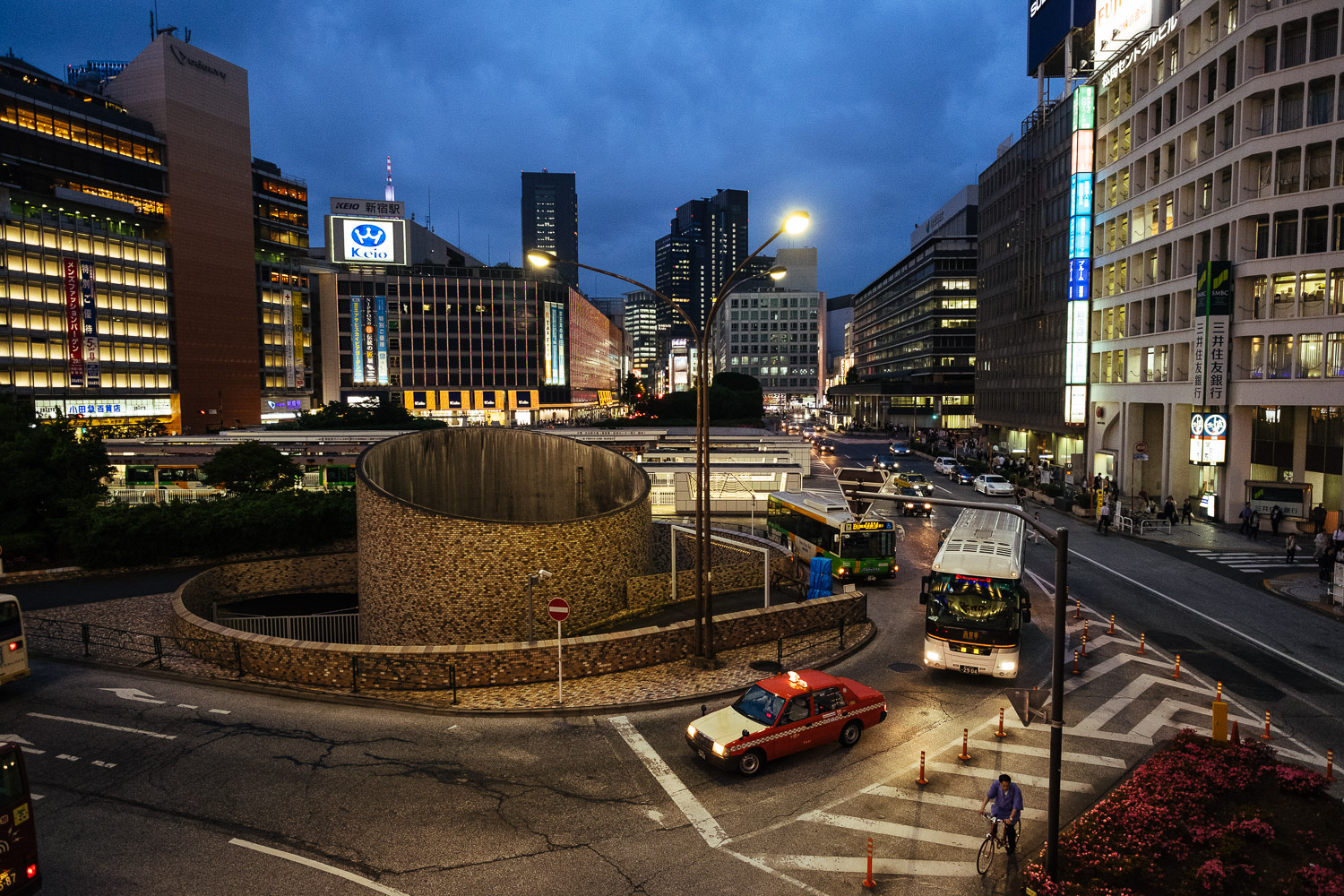 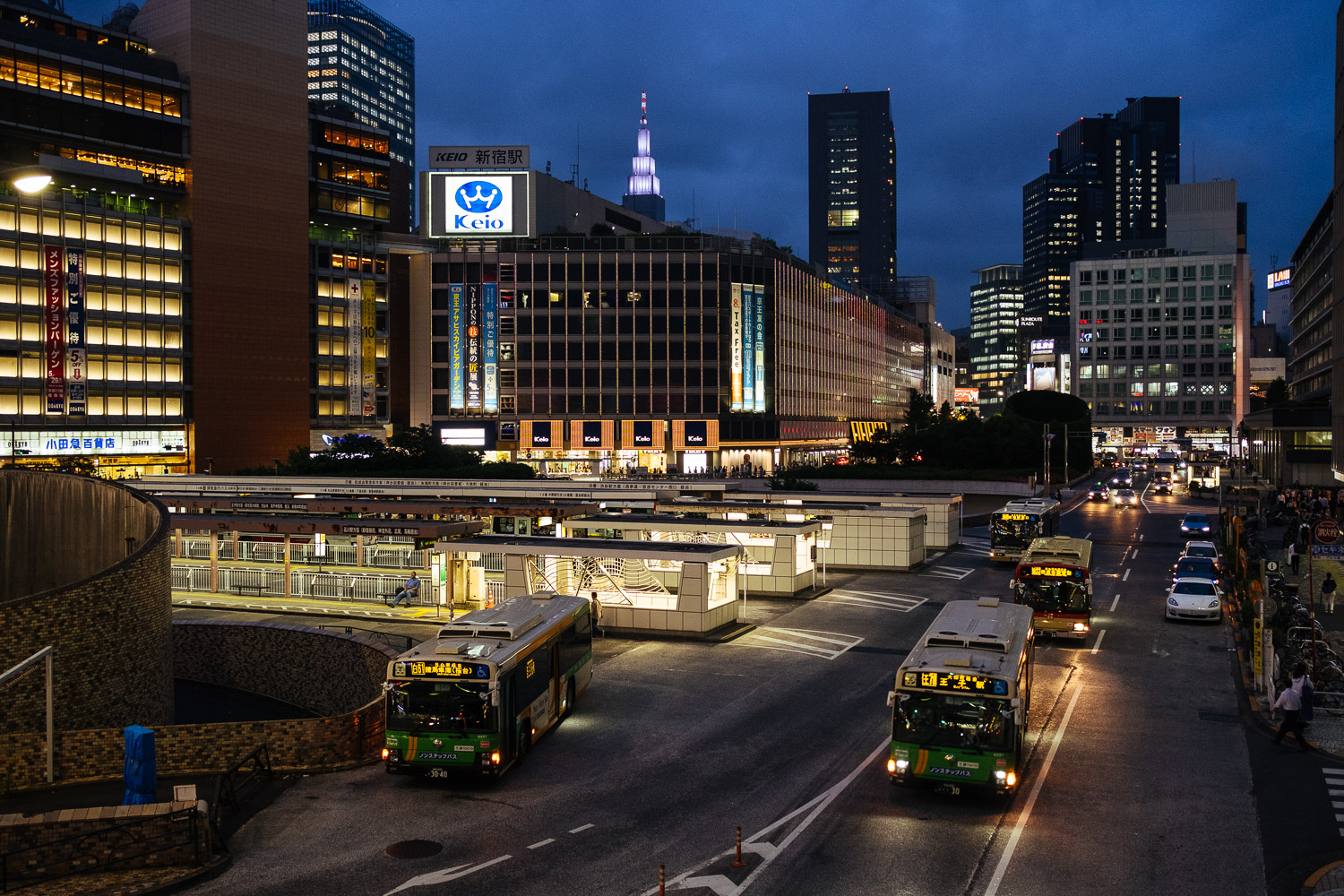 At last here a comparison of a just in time shot and one that has been taken too late. The sky was already a bit on the dark side before I went into Bic camera but it was still manageable. When I went out about half an hour later the sky was black. I decided to take a picture to post it here. No sensor in the world can compensate for that. Not even the one in the Fuji GFX 50S. Fuji’s new middle format camera that I had the pleasure to play with today but that is another story. 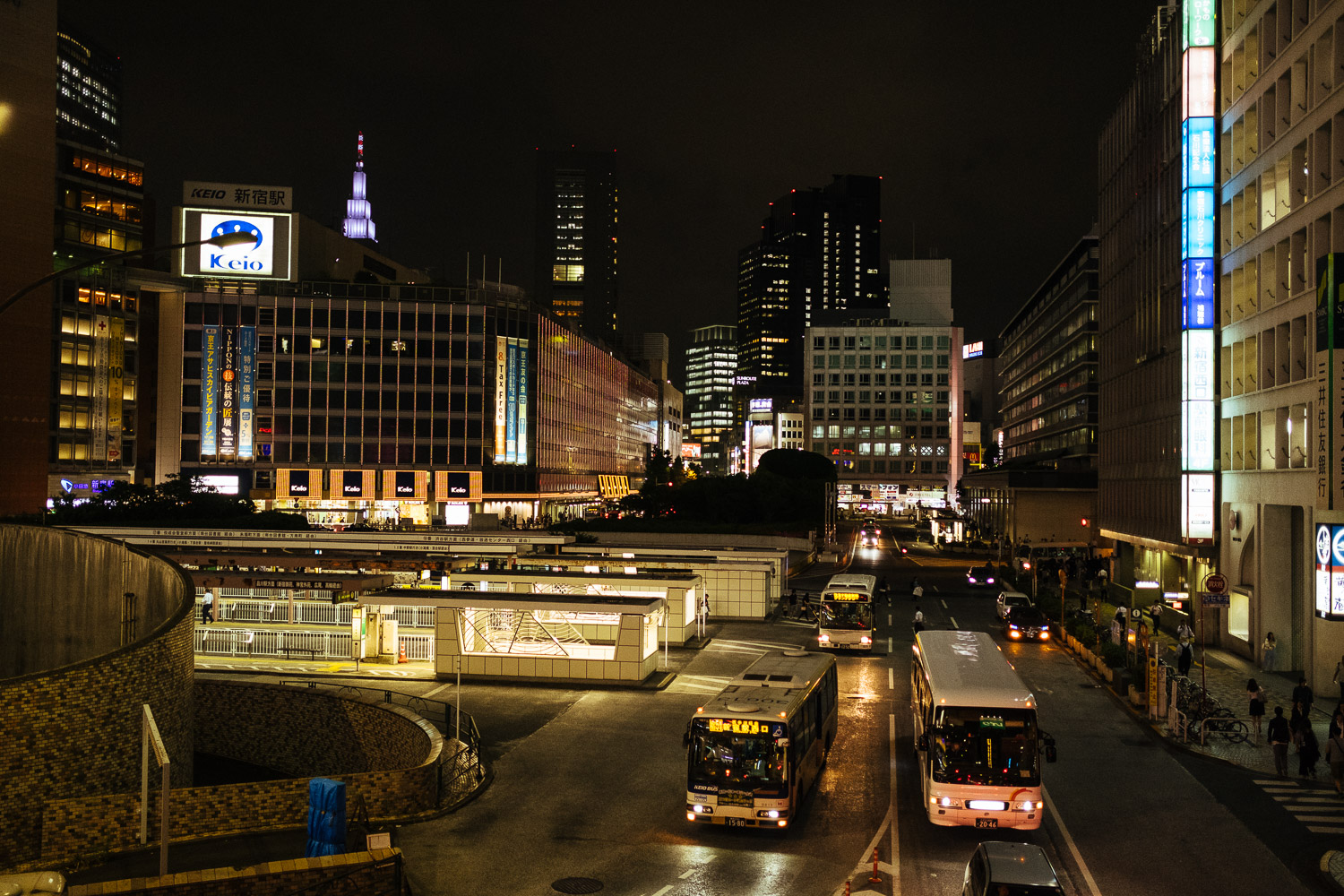