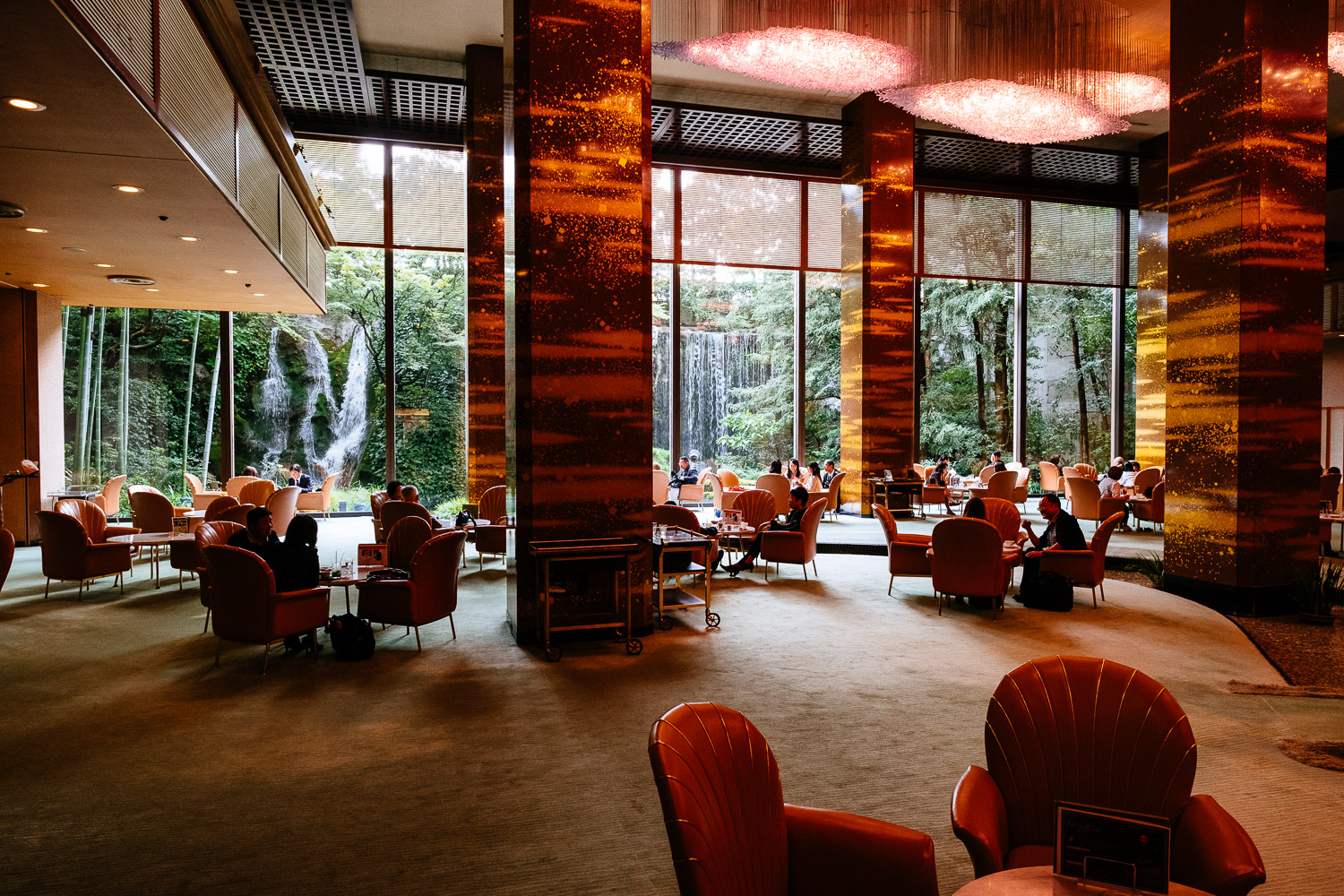 It was 11am and I was ready to leave my hotel in Osaka. Less than three hours after my plane landed in Japan. Since I had only this day for sightseeing I had no time to lose.

My first business trip to Japan. Only one week and full of meetings but this day was mine. I planed to visit the Aquarium but since my hotel was close to Osaka station and I had to go for lunch I decided to go to the Osaka station first. Of course I took public transport. How hard can it be? Well! 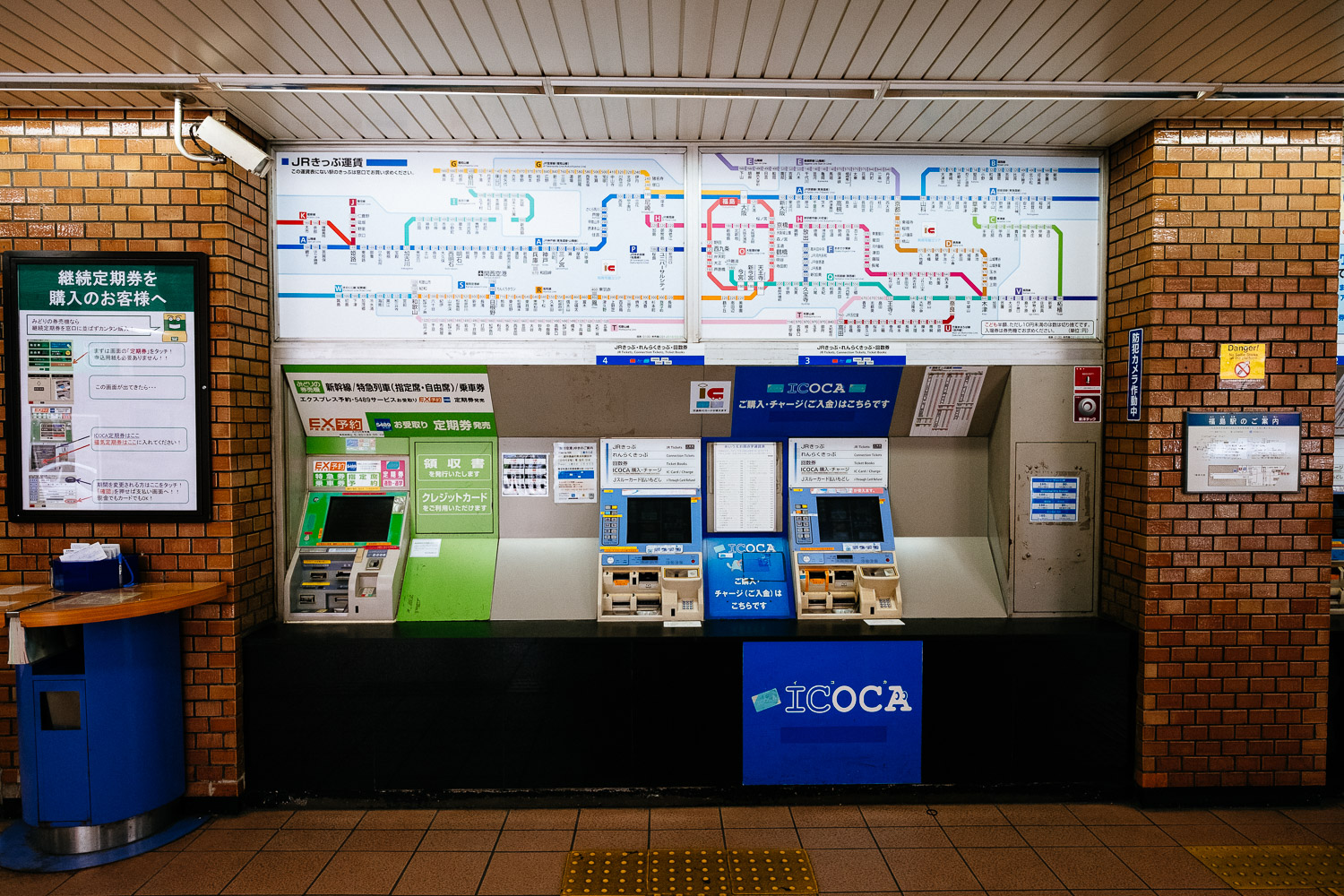 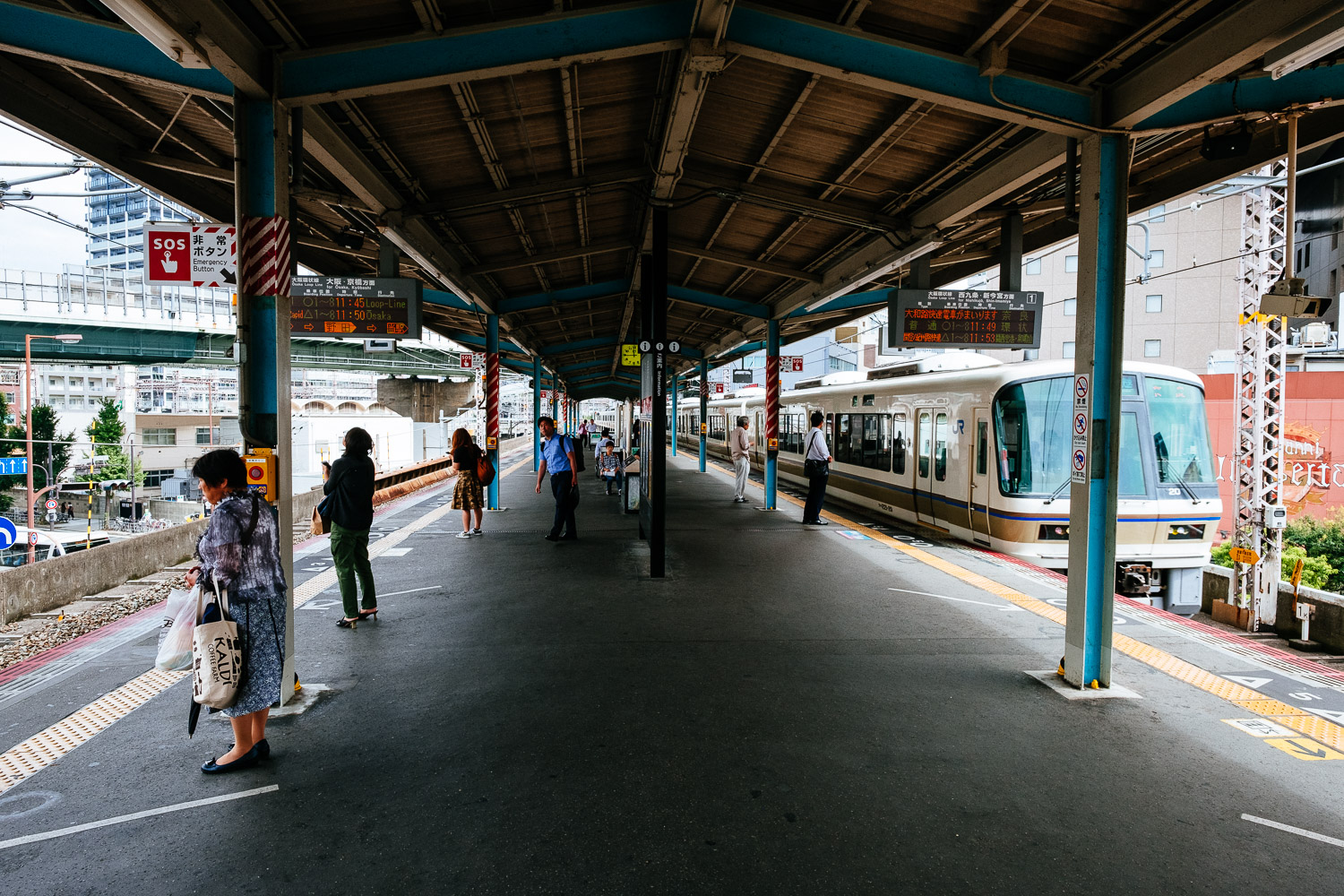 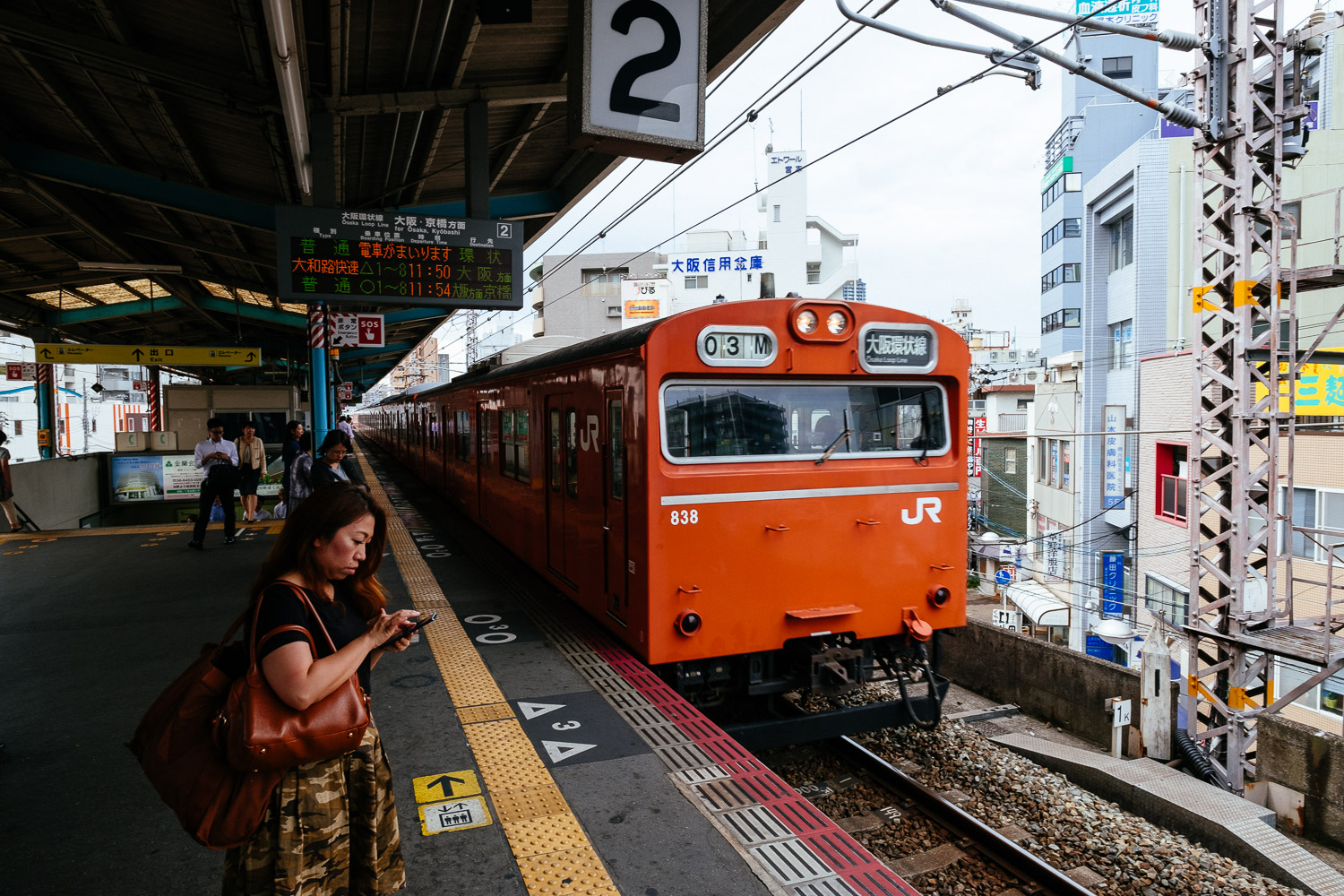 Finally I was able to buy a ticket and enter the right train. My station is named Fukushima. I think I can remember that. I proudly took a picture of my ticket that I bought almost without any assistance.

What I learned within my first couple of hours in Japan was that the people are extremely friendly and willing to help but also that nobody speaks English. But its not like in Tom Waits Tom Traubert’s blues: Nothing is broken here even though the taxis and some of the local trains look a little retro in the land of high tech. I’m sitting in the train and I still can’t believe that I’m finally here. The country that makes all the great camera gear that we love so much and of course they also make the worlds most complex and advanced toilets. If you never had the pleasure to sit on a top spec Toto toilet you’ve missed something! 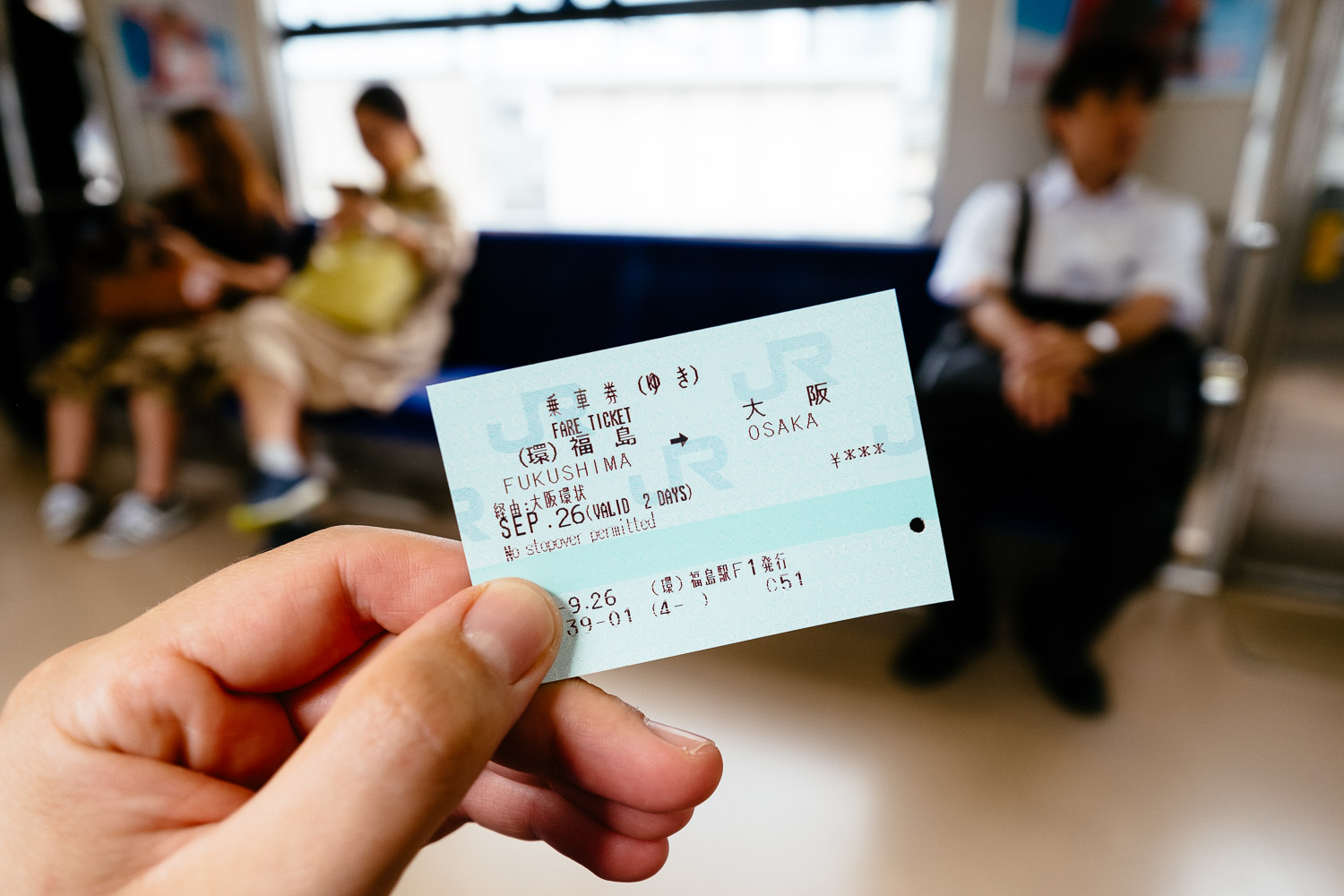 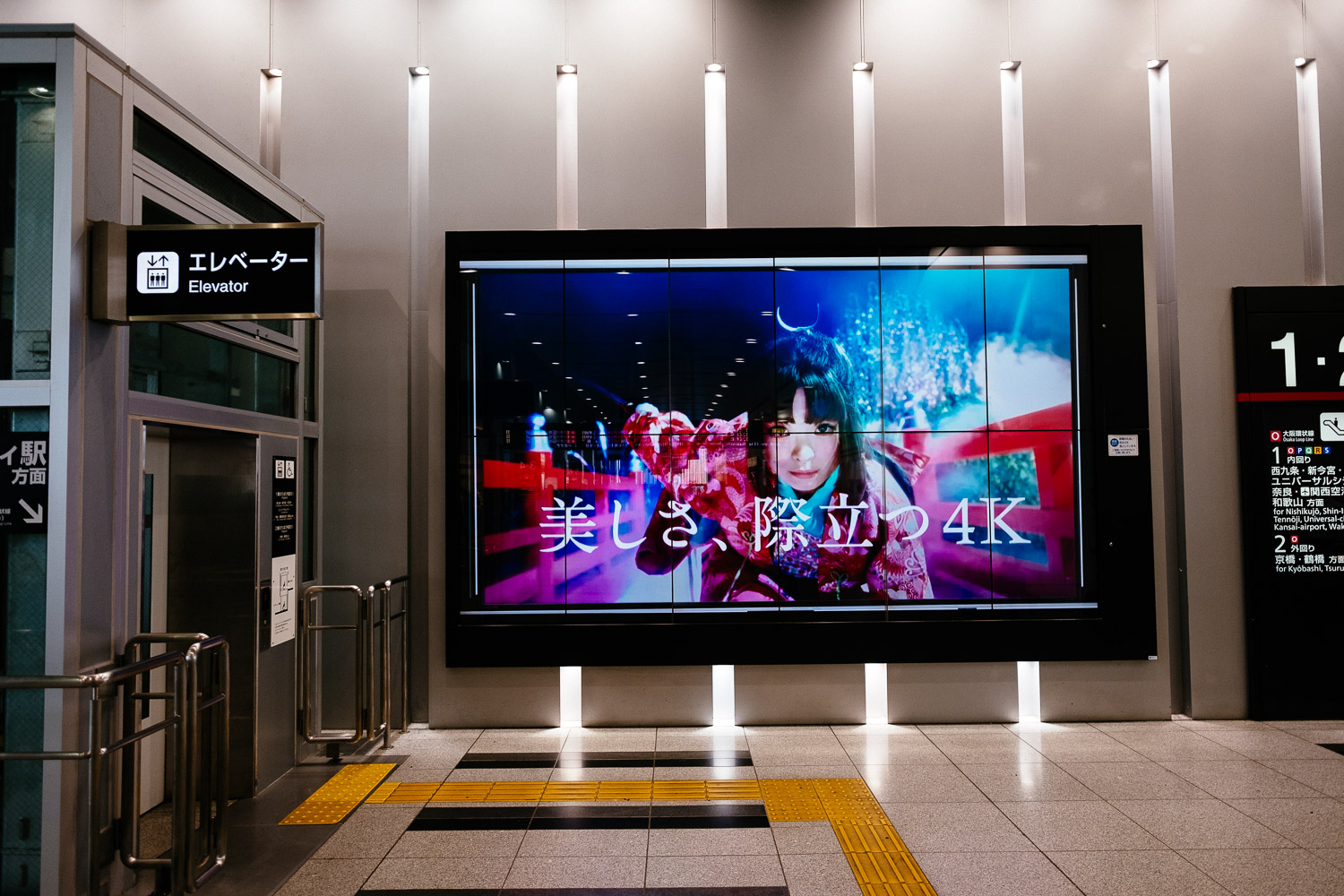 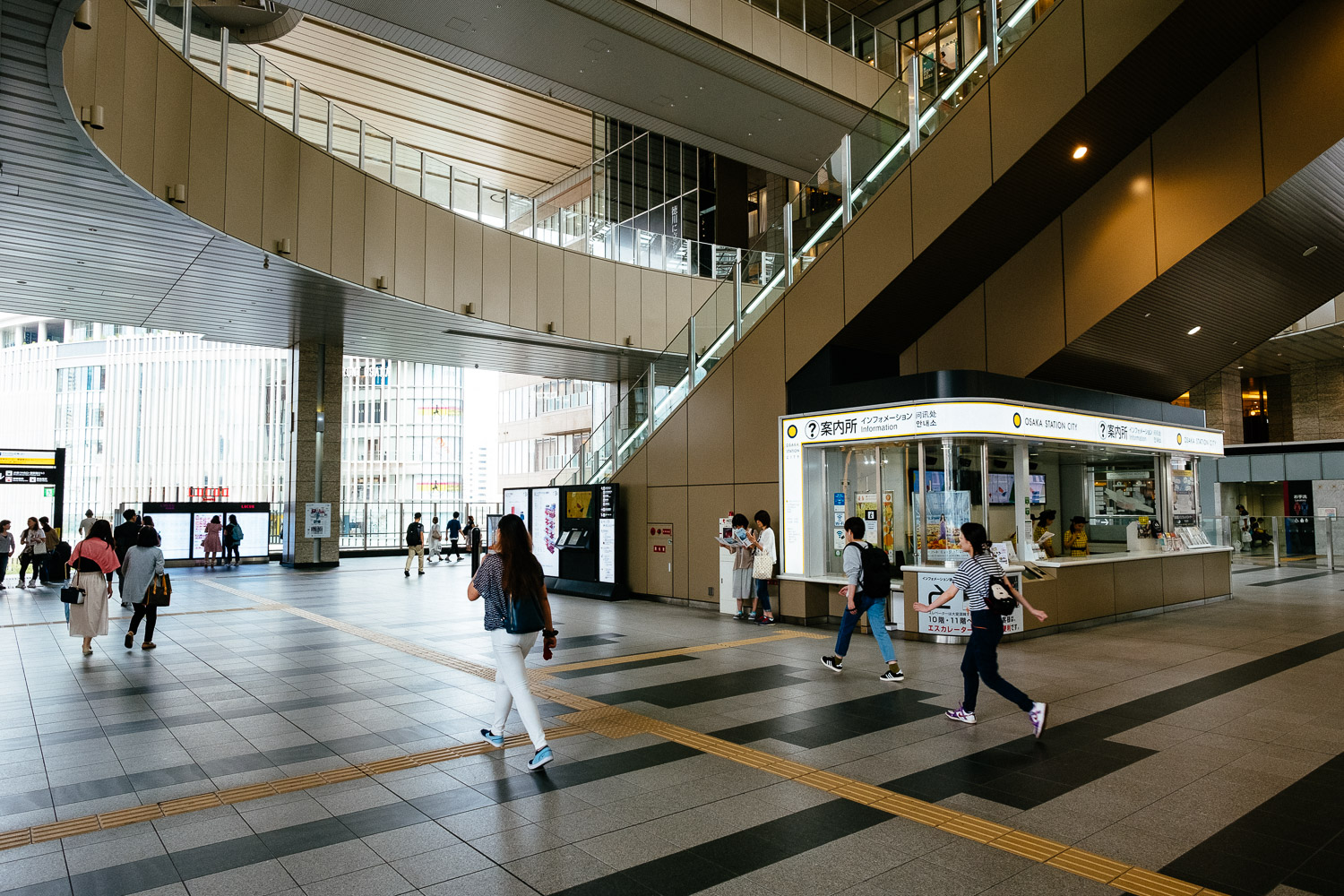 As soon as I left the train I was surrounded by high resolution video walls and entered the cleanest train station I have ever seen in my whole life. Not even Switzerland can touch this. Impressive! They must have an army of cleaners to keep it in such a pristine condition. It’s a little sterile though.

In this modern environment the golden watch with the roman numerals looks totally out of place. 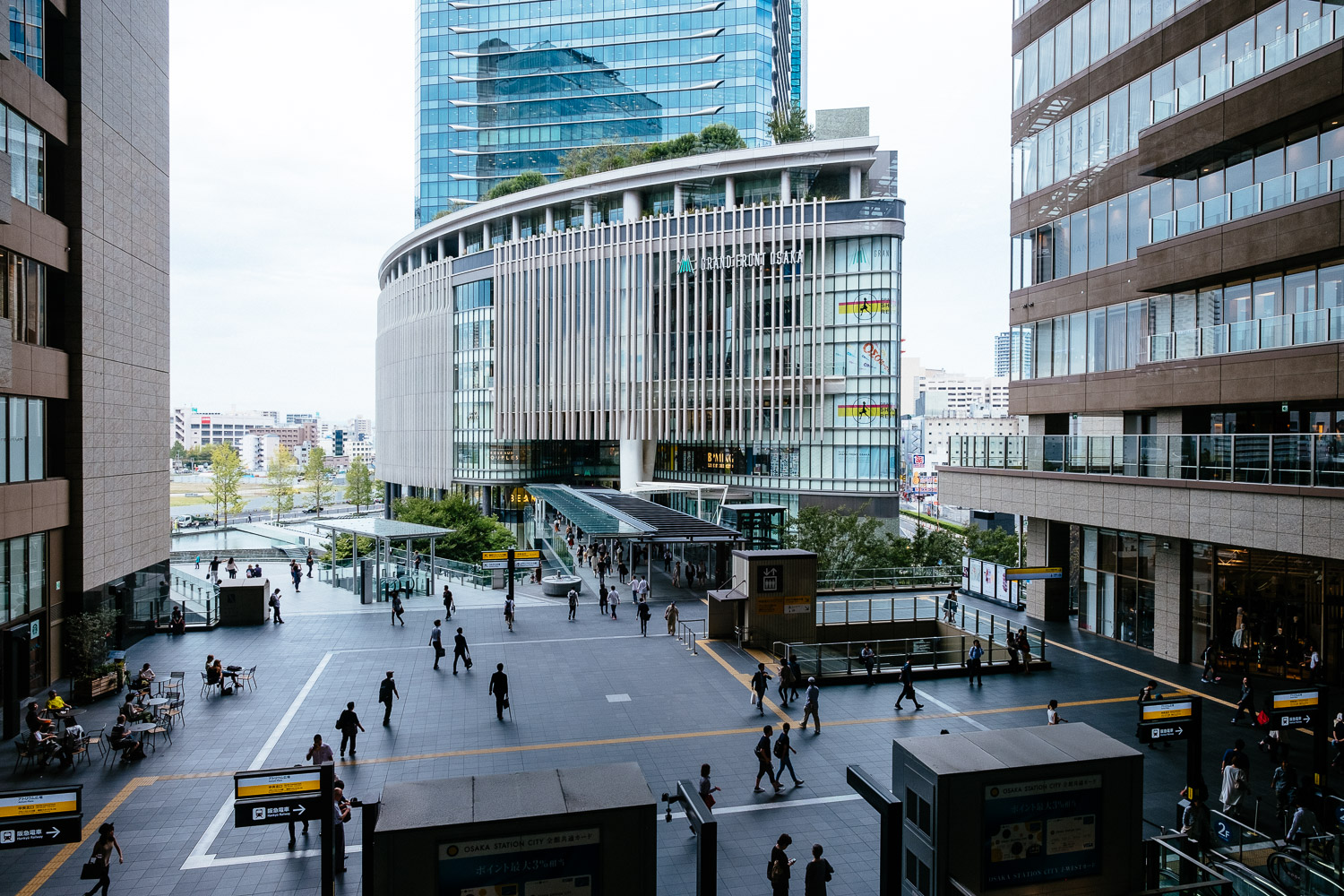 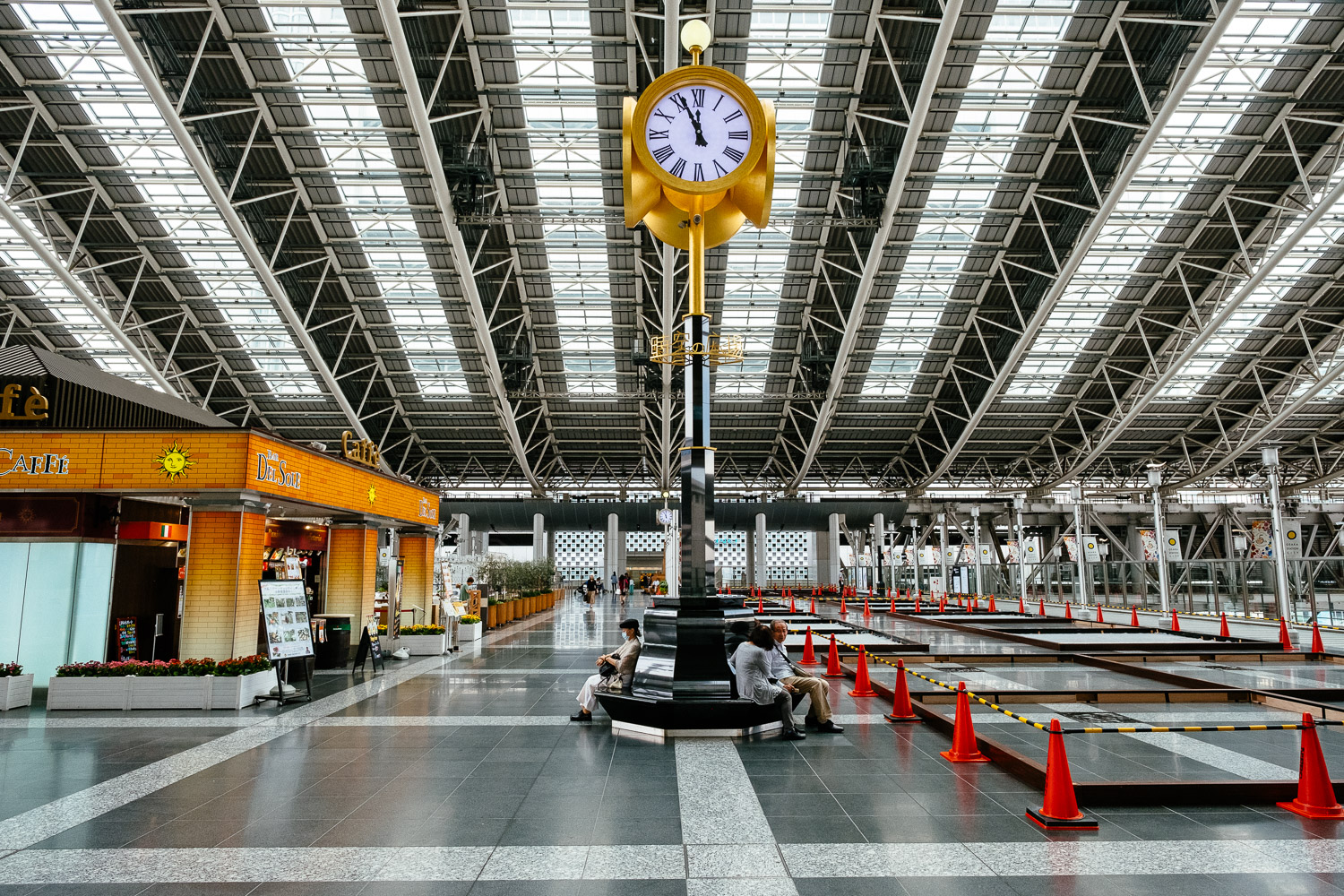 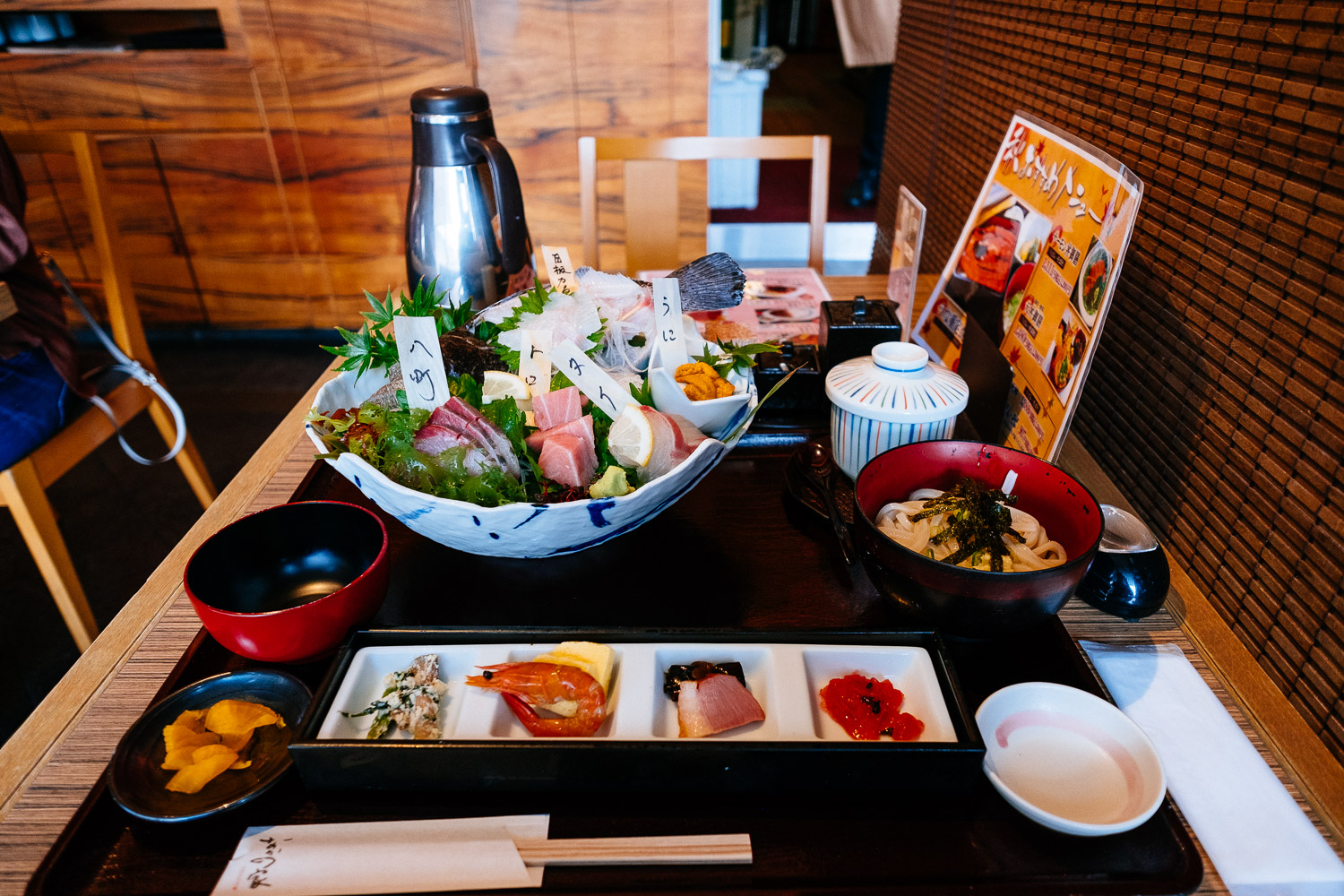 I quickly found a restaurant in a dedicated food centre. Of course it had to be Japanese. My favourite kind of foreign food! Finally I can eat it here. Thanks to a menu with pictures the ordering process was trouble free. Well, not completely. The waiter had one question: Udon or Soba. Unfortunately I didn’t know what Soba means and the waiter of course didn’t speak any English so I decided to play it save and stayed with Udon.

Now I know. Soba are noodles made from Buckwheat. But my soup with Udon noodles was excellent as was the rest of my meal (I know that the soup is supposed to be the last course here but I forgot). Except the Uni (sea urchin). It seems that we will not become friends. I tried it first in Malaysia where it was not fresh and gave my the worst diarrhoea of my life. I tried it again in Taiwan where it was fresh but I still didn’t like its taste and consistency. And now I finally ate it here. Strike! Life is too short to eat food that you don’t like.

That was it. My first Sashimi in Japan. Excellent and the value was good too, 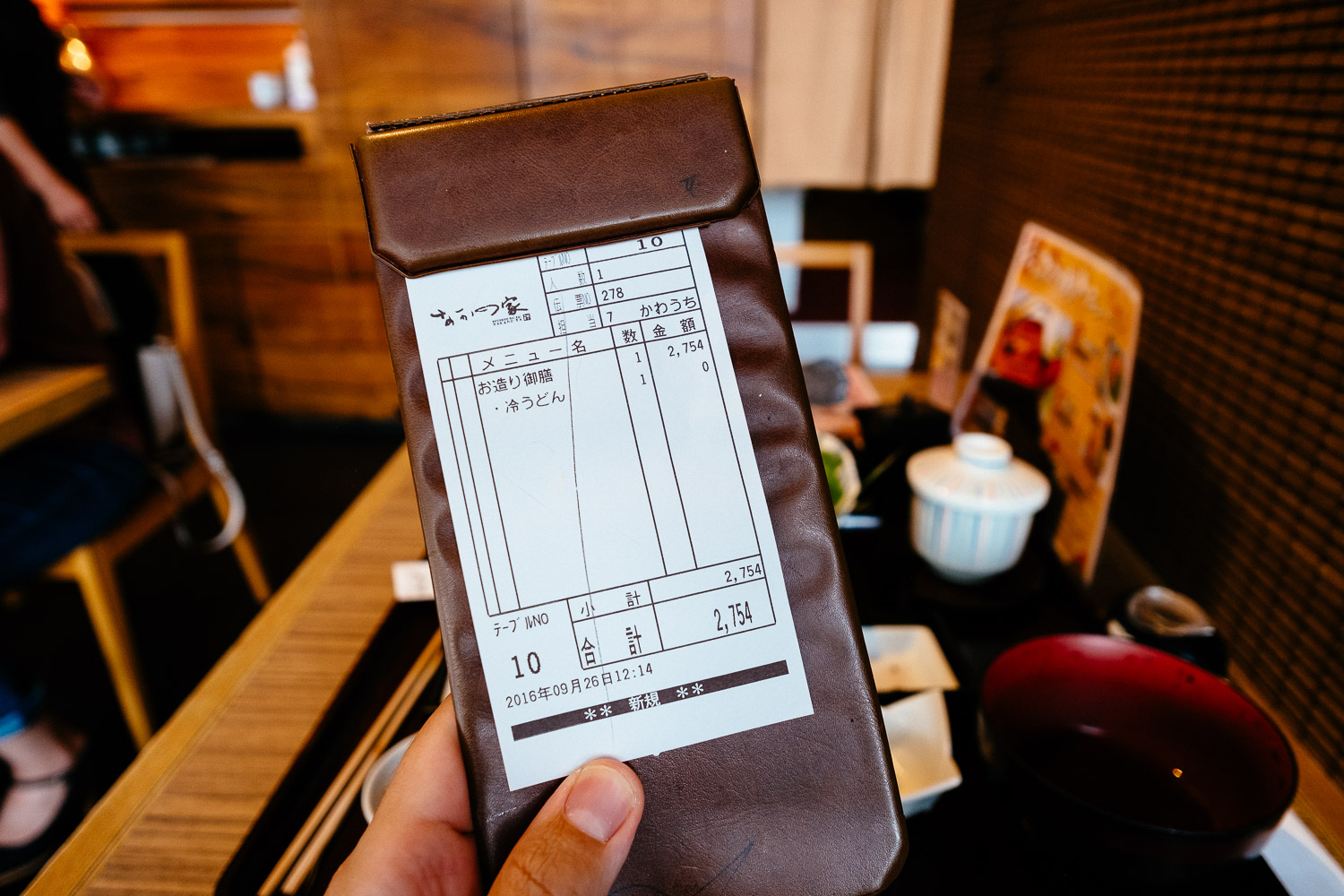 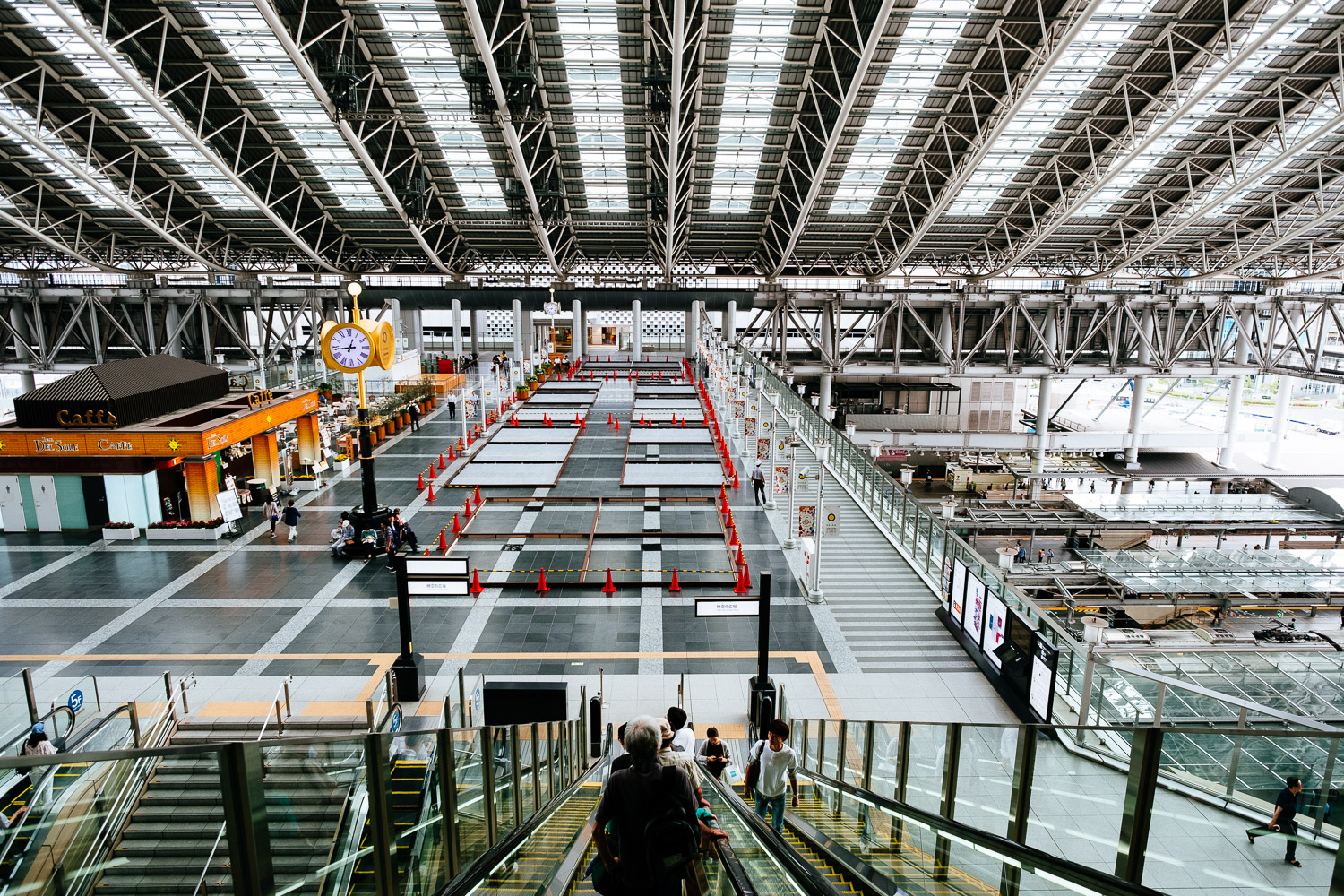 Right when I was leaving the train station to go to the Aquarium I spotted this: The Yodobashi Camera store. The biggest camera store in the world. I was forced to adapt my plan. The fish need to wait. I have to see this first. 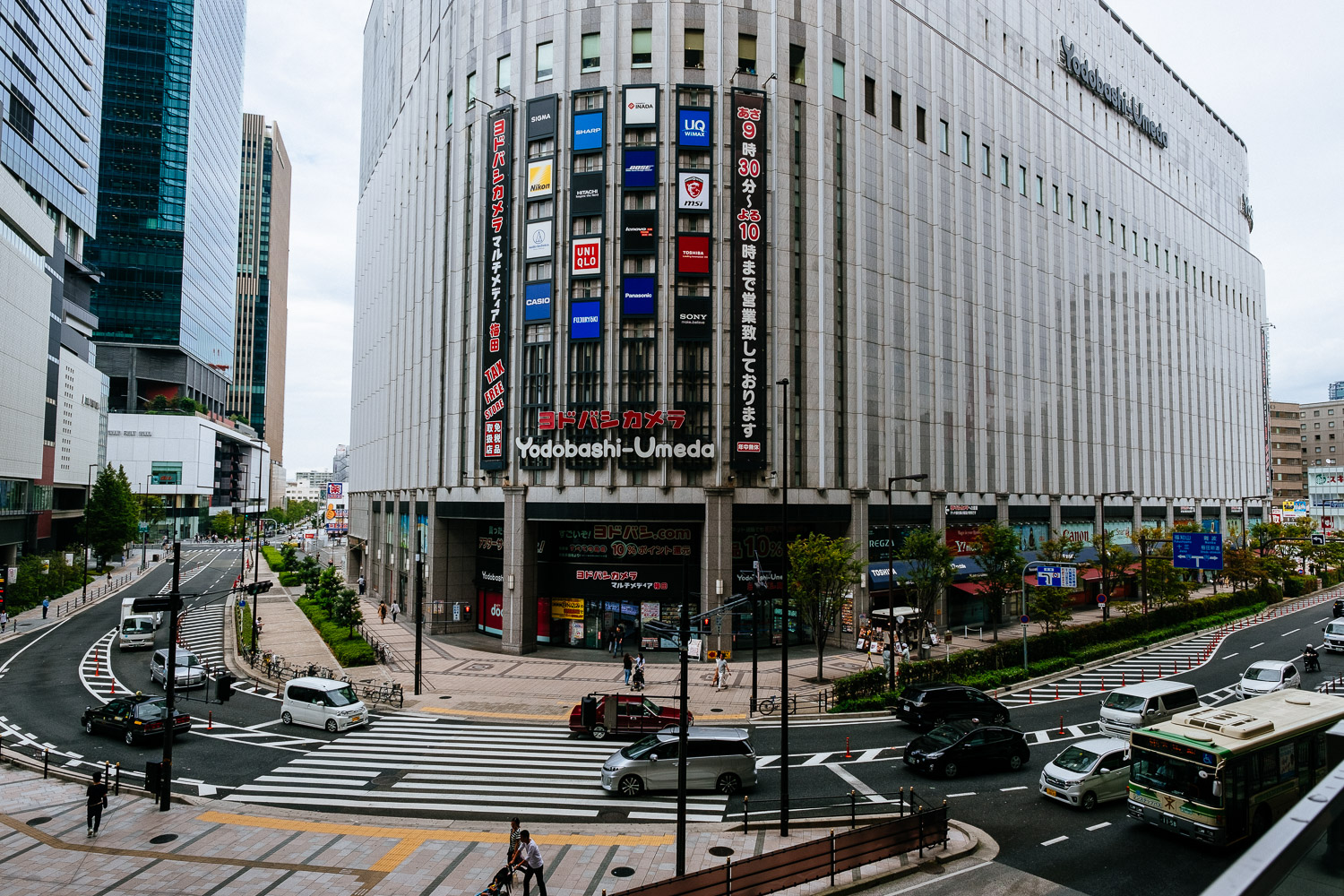